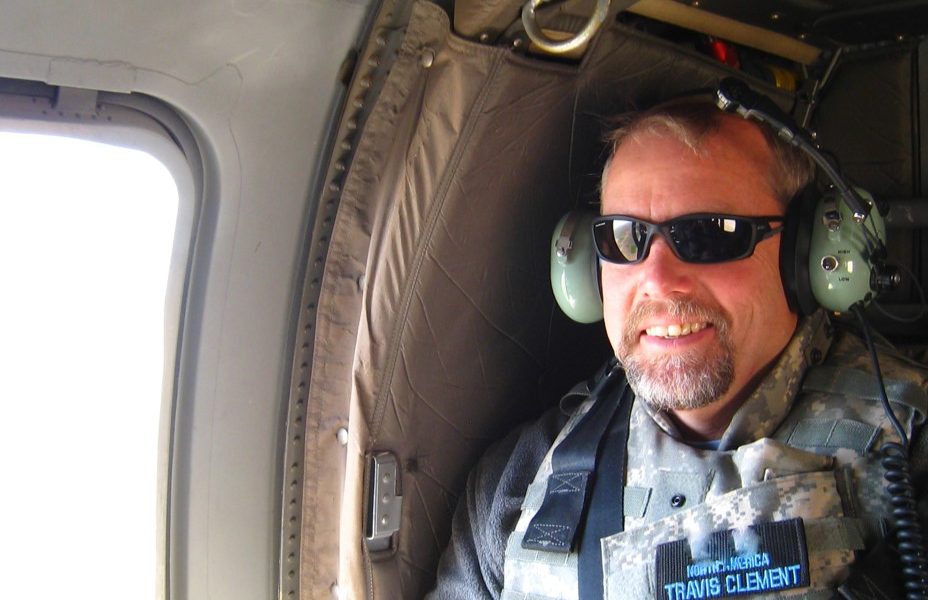 Today we’d like to introduce you to Travis Clement.

Thanks for sharing your story with us Travis. So, let’s start at the beginning and we can move on from there.
I was born in St. Matthews SC. it is a very small farming community. I grew up working on farms and with livestock. When I graduated high school, I joined the USMC. I went to Paris Island SC for boot camp and then I was assigned to be a mechanic on helicopters. I was also assigned flying duties as a Crew Chief on CH-53 Helicopters for the USMC. I also was on the Test and Development Team for the V-22 Osprey program. All total, I was in active service for over 10 years. After the Marines, I went to work for Lockheed Martin on the external Fuel Tank production for the Space Shuttle Program. From there, I took a departure from Aviation and went to work for Bell South/ATT. I was transferred to Huntsville Alabama in 2002. After I left Bell South/ATT, I went back into aviation working for QinetiQ North America in support of Army Aviation units. I was deployed to Iraq from 2010-2012 in support of that effort. Once I returned, I was still working in aviation for QinetiQ North America in the Flight Simulation group. I was the Director of all flight simulation programs for QinetiQ North America and had the pleasure of working with all branches of the military and many civilian airline companies. I was approached in early 2015 to move out here to Phoenix and take over Production for a newly formed company Profense. I have been her for over 3 years now and have been promoted to President of the company. Profense manufactures and sells Military Grade Weapon Systems for the US Military and many Foreign Countries Military defense forces.

Profense is a great company and small which I like a lot. We are making steady progress in the market daily. Because of my job, I travel quite extensively all over the world. I am married to my wife, Tammi S Clement for 25 years, we have 2 sons, Skyler and Spencer Clement who live in Athens, Al and Knoxville, TN respectfully.

As I said earlier, I love being here in Phoenix, I am a huge golf nut and this area, of course, feeds my passion for that. I enjoy the hiking trails and the just the idea that there is always something new or exciting to experience here during my off time.

Great, so let’s dig a little deeper into the story – has it been an easy path overall and if not, what were the challenges you’ve had to overcome?
Certainly not a smooth road, I had a lot of struggles in every industry I have worked in, but I thrived on the challenges of each obstacle. As for specifics, learning Government Acquisitions and ITAR/ATF compliance issues and understanding the nuance of how government and industry work together is probably the hardest thing.

There is also the challenges of travel and being away from family but I was lucky in that department as my wife Tammi is awesome and very understanding.

Alright – so let’s talk business. Tell us about Profense – what should we know?
As I said earlier Profense manufactures the best most reliable military weapon systems in the world. We are known throughout the world as a company that delivers on time and we far exceed our customer’s expectations for quality and reliability along world-class customer support. Also, the fact that we are really on 3 1/2 years old and we have been so successful shows our company commitment and drive to succeed. Also, we have 10 active US Patents and over 42 International Filings on our weapon systems.

What I am most proud of here at Profense is the fact that I work with and for such visionary people. I stand in complete amazement sometimes at what this group we have assembled here can accomplish.

Is there a characteristic or quality that you feel is essential to success?
Honesty and integrity. 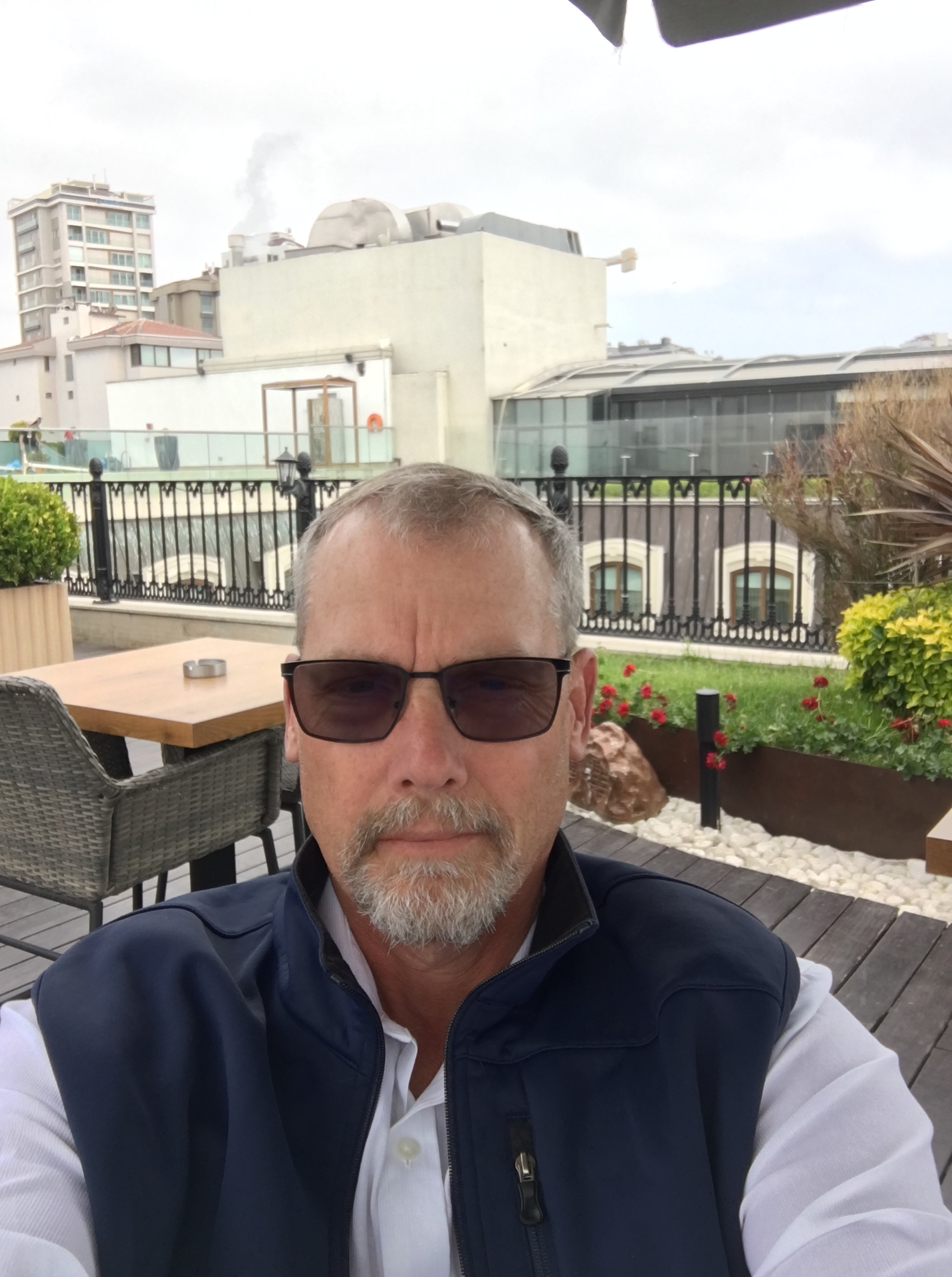 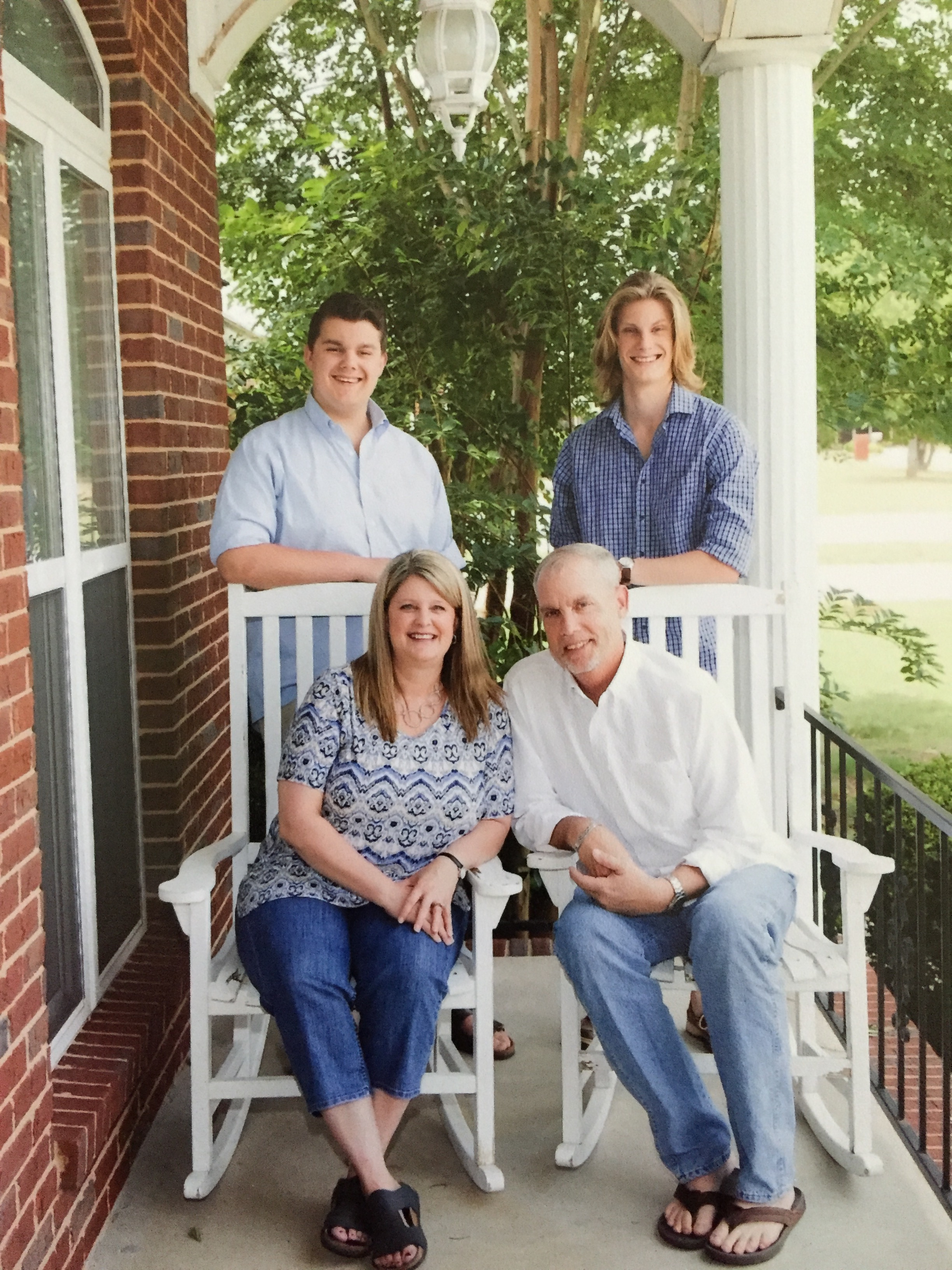 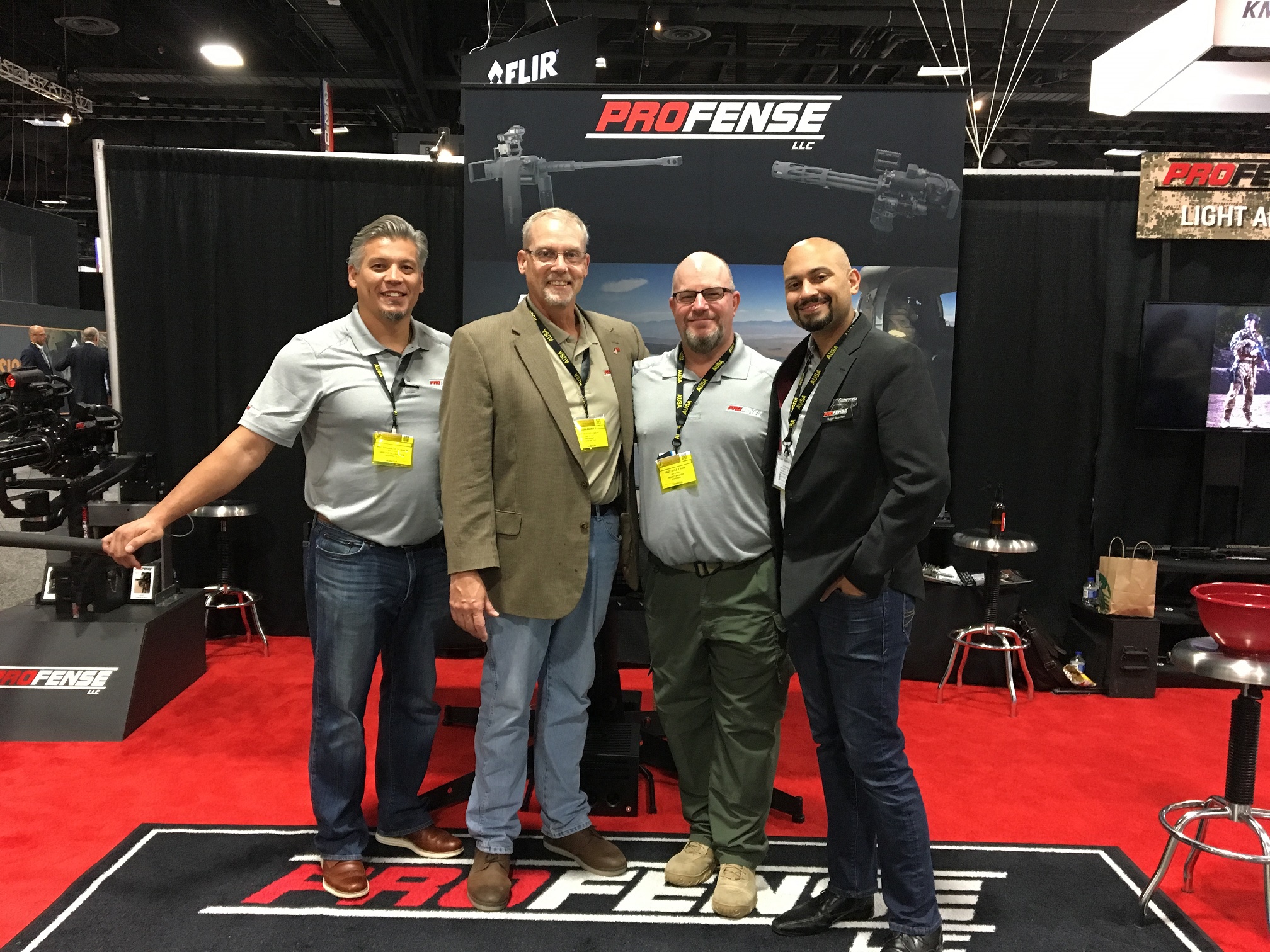 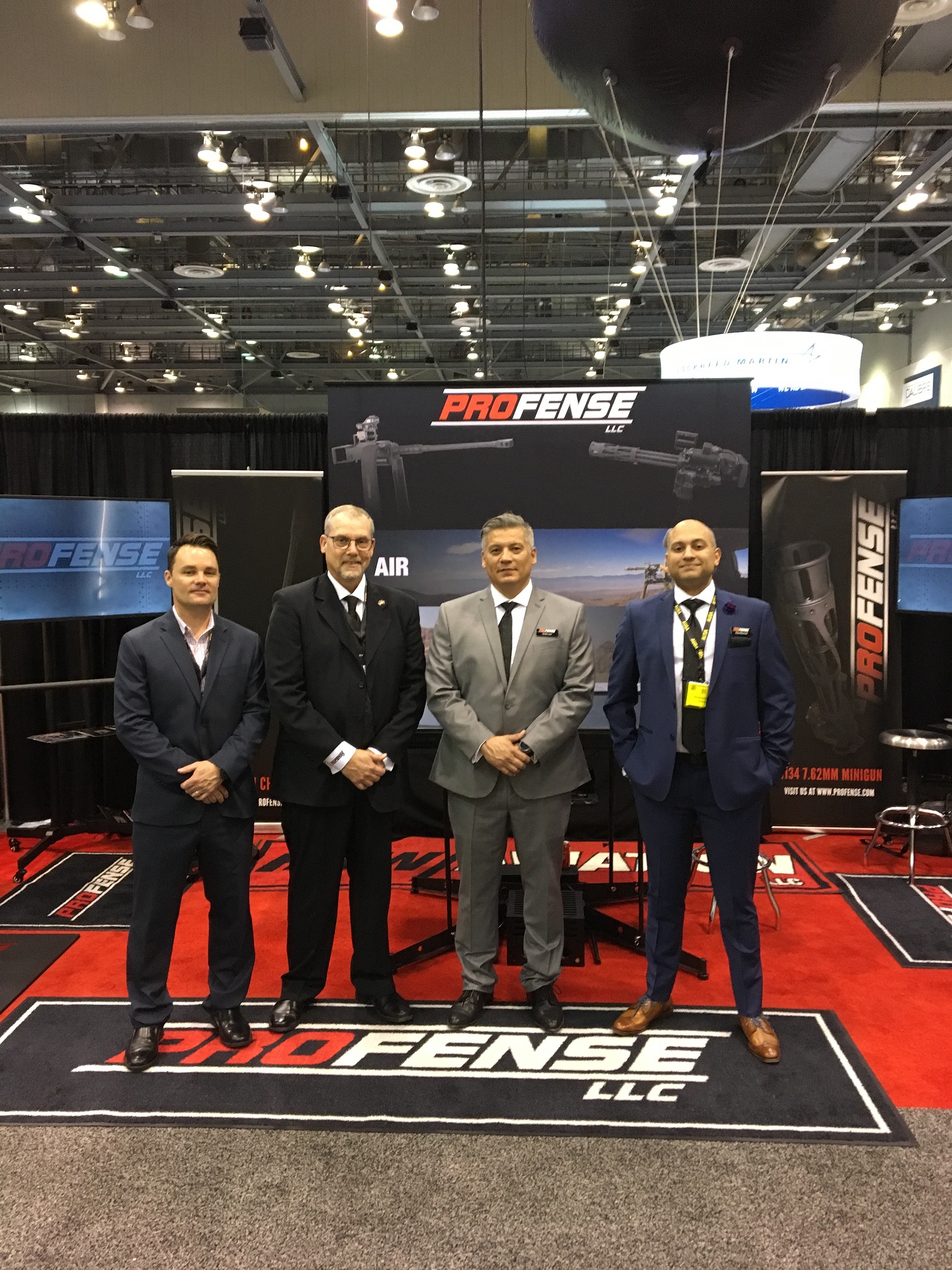