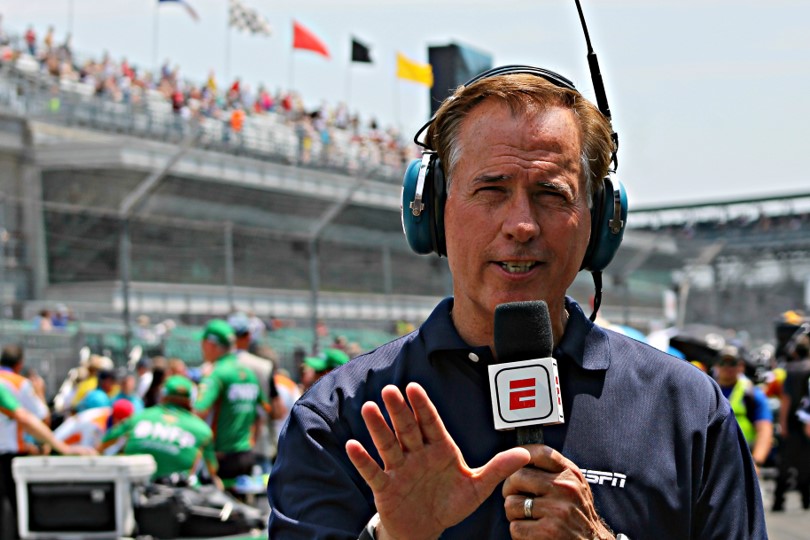 Today we’d like to introduce you to Rick DeBruhl.

Rick, let’s start with your story. We’d love to hear how you got started and how the journey has been so far.
Most of my career has been spent in the world of broadcasting. After graduating from Cal Poly San Luis Obispo, I took a brief job as the news director of a radio station (KATY-AM in San Luis Obispo). After just six months, I moved into TV with a job at KCOY-TV in Santa Maria. It was a great place to learn because I had to do just about everything. For the 11 pm newscast, I was the only newsperson in the building. I would write the stories, edit the video, and anchor the news, weather and sports. What an adventure! After just one year there, I moved to Phoenix for a job at what was then called KTAR-TV. Now it’s KPNX-TV and 12 News.

I thought I’d be there for just a couple of years, but it was such a great place to work that I stayed. During my time at 12 News, I earned plenty of awards ranging from Emmys to the American Women in Radio and TV best reporter. Of course, there was also the time when I won Best Anchor Hair from the Phoenix New Times. Yep, that really was an award they gave one year. I think it had more to do with my use of hairspray than anything else. 12 News was a great place to work because of all the amazing people who passed through that building. I tried to learn from every one of them. I was fortunate that my beat changed over the years. I covered everything from politics to the environment to sports. My last stint was managing the station’s Call 12 For Action consumer advocacy unit. We had 30 volunteers who solved consumer problems. We didn’t have any special power, just the threat that a TV camera might show up. It was great fun. The thing that amazed me the most was when people would come up to me on the streets and say, “Thank you!” It really made me feel that our journalism was making a difference.

After 31 years at Channel 12, I decided it was time to move on. I was getting a master’s degree in media management and thought it was time I manage something. So I took a job as the Chief Communication Officer for the State Bar of Arizona. I managed a team that handled marketing, public relations, published a magazine, website content, government relations and something we called out public service center. Again, it was a great experience working with wonderful people. The State Bar’s mission says that it exists to serve and protect the public when it comes to legal services. Once again, I got to help people.

During my time at both 12 News and the Bar, I also had another job. I covered auto racing for TV networks like ESPN, ABC, NBC and others. I grew up a gearhead and actually went to college trying to figure out how to get into racing. I decided the best thing I could do was combine my hobby and my profession broadcasting races. I did my first network race for USA cable back in 1987. The next year I did my first race on ESPN. Over the years, I covered everything from Formula One races in Europe to Gravelrama (it’s real!) here in the US. My greatest joy was being a part of ABC’s Indy 500 broadcast team for nine years. The Indy 500 is called the greatest spectacle in racing and it’s one of the world’s premier sporting events. Each year it has the largest one day crowd for any sporting event, in excess of 300,000 people! I would just sit there for each race marveling at the crowd and pinching myself because I was paid to be there at the center of the action. Once again, I got to work with a spectacular crew of broadcasters and people behind the scenes. That’s been a constant theme in my life.

There is another role I’ve held since 2003. I’m part of the Barrett Jackson auction broadcast team. Initially, we were on the SPEED Channel, although the networks have changed over the years. In 2020 the broadcast is moving to the History Channel and FYI Channel. Again, I get to combine my love of cars and my profession. I worked my way through college as a mechanic and service writer at Sears Automotive, so I got a chance to work on many of the cars that are now considered classics and crossing the auction block today! I joke that all that time reading car magazines as a kid is finally paying off.

There’s one more job that occupies my time these days. Last year I left my job at the State Bar to do communication consulting work. It’s a mix of media training, presentation coaching, crisis communication and messaging. After decades of being a regular W2 employee, I jumped off the self-employment cliff to see what I can build. I really enjoy coaching people to become better speakers and presenters. My career spent telling stories in front of the camera has definitely been a great experience that I can pass along. The reality is that people’s ability to speak in front of a group will often make or break their careers. I’ve worked with startups that are doing presentations for investors as well as leaders who are interviewing for a new job and CEOs who need to look polished in front of a news camera. After all, it’s just a matter of understanding how to tell their story in a way that has an impact.

In addition to my coaching, I’m also doing keynote presentations. I tell an exciting story about a group of good people who achieved something amazing through great communication. Once again, my storytelling background helps!

Finally, as part of my new world, I just published my first book. It’s called Communicating at the Right Speed. It’s a series of micro-learning lessons designed to help people improve the way they communicate in the business world. It’s available on Amazon and so far has gotten great reviews. I firmly believe that because we can communicate quickly today, we tend to do everything at the same speed. What we really need to do is make sure to prioritize what needs to happen quickly, and what communication we can slow down to gather more information.

Of course, even with my varied background, starting a business has been intimidating. I spend a lot of my time each week simply marketing my skills to new groups. I’m hoping there will come a time when all of the current work will find traction and I can concentrate more on simply coaching and speaking. Still, it’s a great adventure and I’m looking forward to watching my new world grow.

Needless to say, the pandemic has complicated that growth. I joke that I picked a bad year to start a business where I travel around the country talking to large groups of people assembled in one room! I do believe, however, that small business who can survive the current economic turmoil will be well-positioned to thrive when we emerge on the other side.

I’m looking forward to being one of those!

Has it been a smooth road
How do you define smooth? I’ve been fortunate that I’ve held jobs for long periods of time. But every step of the way there have been (sometimes painful) learning experiences. Nothing is more humbling that making a mistake on live TV in front of hundreds of thousands (or millions in the case of the Indy 500) viewers. During major news situations where people’s lives were impacted by our stories, we had to work especially hard to make sure we got it right. I wish I could say I never stumbled, but that isn’t the case. I was fortunate to work for great managers who helped me learn and grow from every misstep.

As for starting a business, that’s one constant struggle. I’ll have one good month where things are coming together, followed by a month where my phone doesn’t ring much. I’m constantly analyzing my marketing to see where I can improve. But as long as I learn from the struggles, it’s been worth the headache.

We’d love to hear more about your work.
I like helping people. I like taking someone who lacks the skills or confidence to make a great presentation and getting them to the point that they can stand in front of a group or news camera and feel confident about the result. I like helping organizations that are facing turbulent times improve their crisis communication so they can emerge effectively on the other side. I love standing in front of large groups of people, doing my keynote and watching as people are absorbed by the story and the communication lessons.

The thing that sets me apart from others is my experience. I’ve spent four decades in the TV world winning awards and telling stories. I’m not someone who landed on the street needing work. I’ve moved into communication coaching because I believe I can make a difference. I’ve managed both internal and external communications for a statewide organization. My background covering everything from politics to sports allows me to understand what it takes to be successful in each arena.

Interestingly, if there’s one thing, I’m known for it’s being a nice guy. I’ve always believed that it’s a lot more fun to be pleasant. Not only do I disagree that “nice guys finish last”, I think I’m proof that a pleasant smile and a cheerful demeanor can go a long way in helping any career. At the end of the day, I want to like myself for what I’ve done and how I’ve treated people.

How do you think the industry will change over the next decade?
It’s all about growth. Starting my business right now is challenging. I’m also convinced it will allow me to grow as the economy improves. The keynote speaking business is particularly complicated. But I believe that I have a great story and a strong message that will resonate with groups who want to improve both their career and their company’s profits by fixing their communication problems.

The TV world is constantly shifting. With fractionalized entertainment, the rating TV shows once commanded are long gone. We have to figure out how to maintain our existing audience as well as find new viewers. Once again, it comes down to finding new and exciting ways to tell stories that appeal to viewers.

Will the keynote business become more video focused? Will groups still want to gather in a large convention hall to hear someone speak and inspire? How will the pandemic affect gatherings in the future. I believe that a percentage of the speaking opportunities will move to virtual presentations, but I also think that people still want to gather and hear someone speak in person. I have a saying that I’ve adopted, “Words can motivate, but stories inspire!” I think that will be a constant as we endure every shift and trend. How can people tell their stories in such a way that employees believe them or that customers will want to engage? Achieve that goal and success will follow. 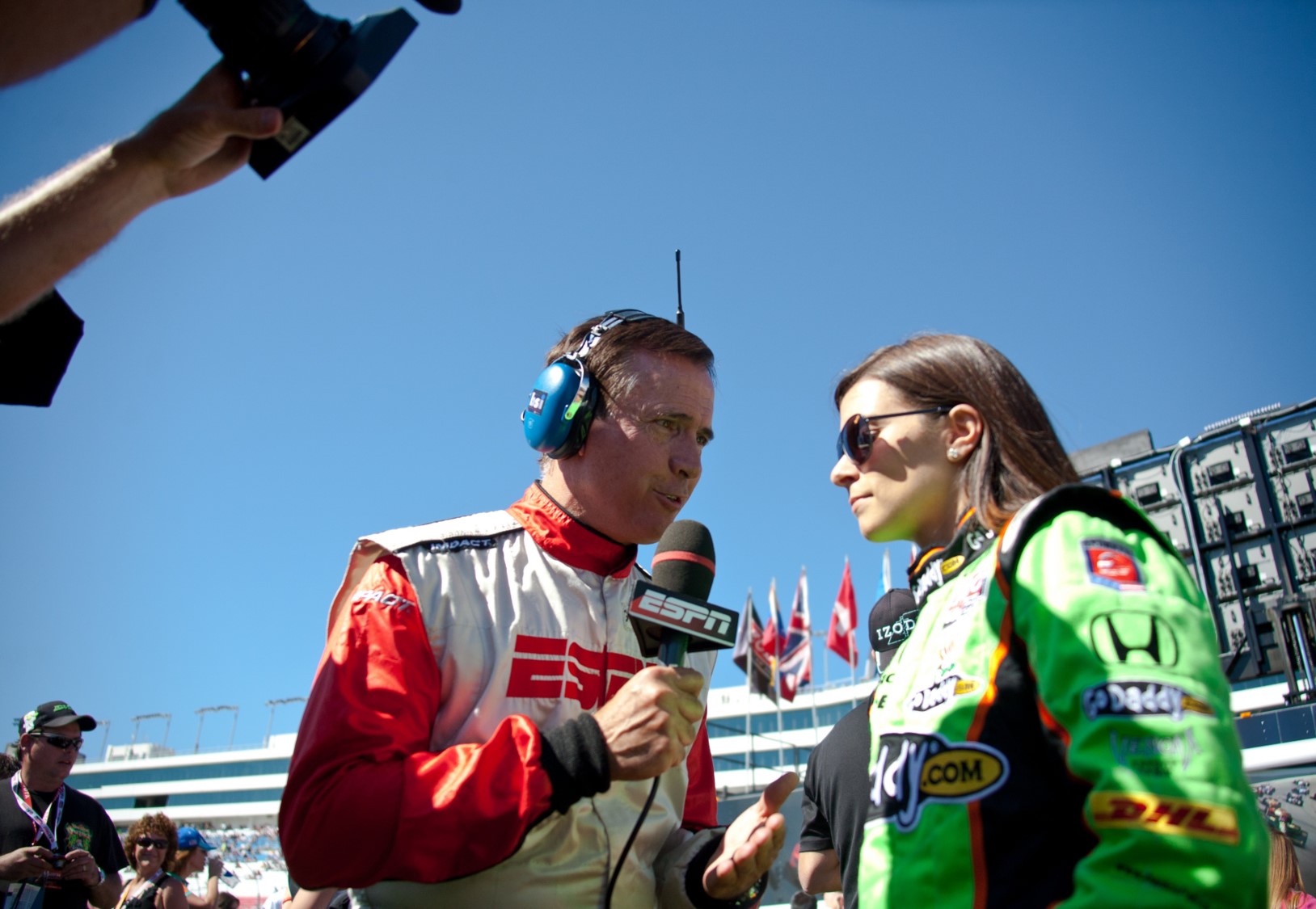 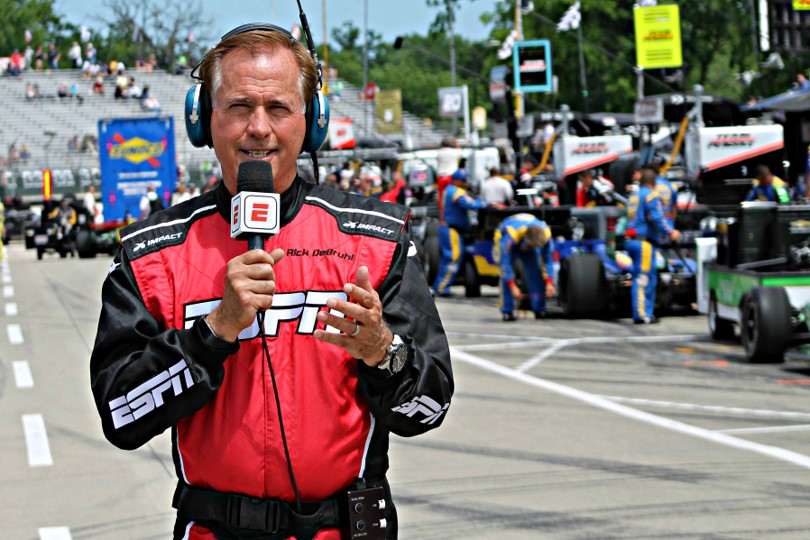 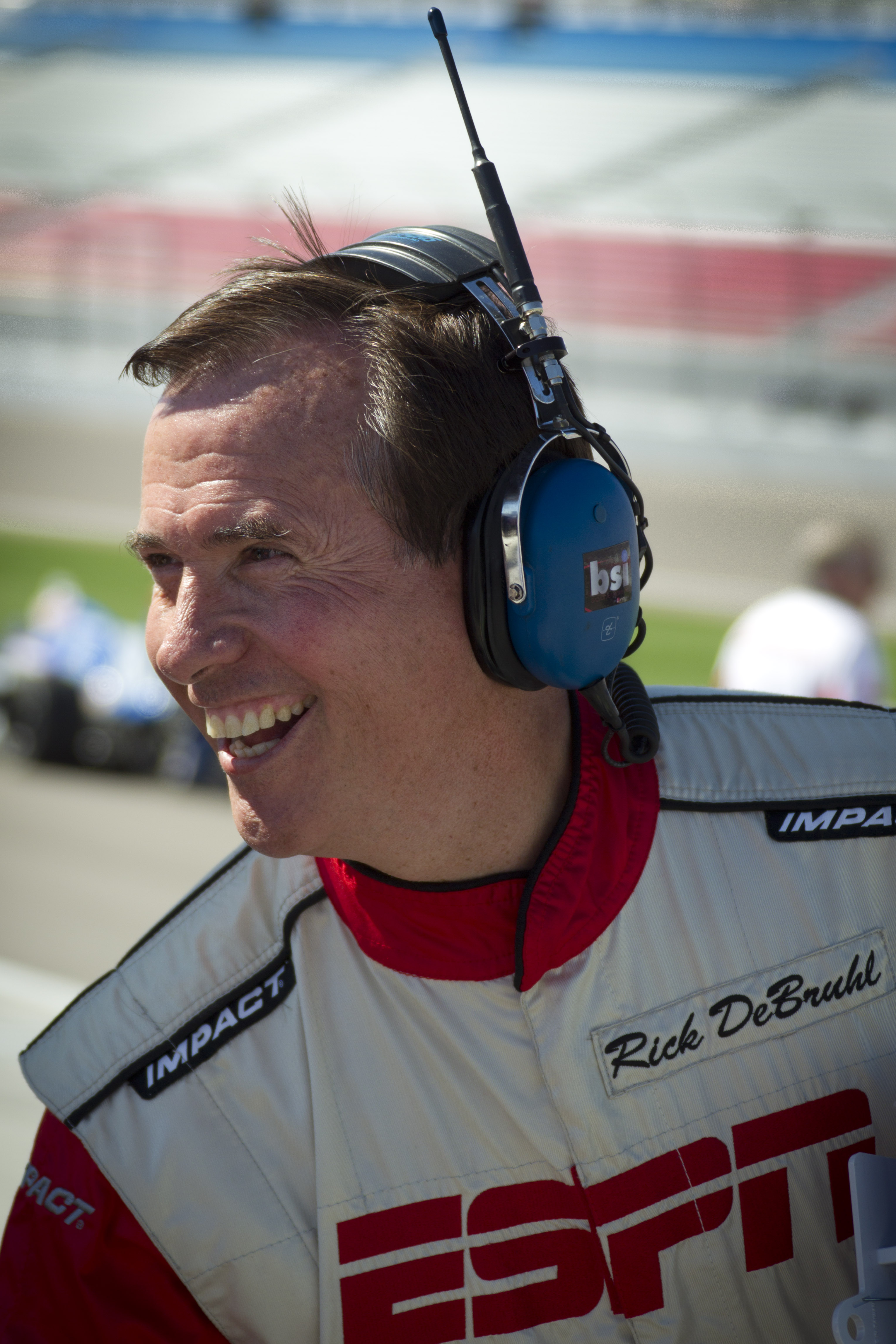 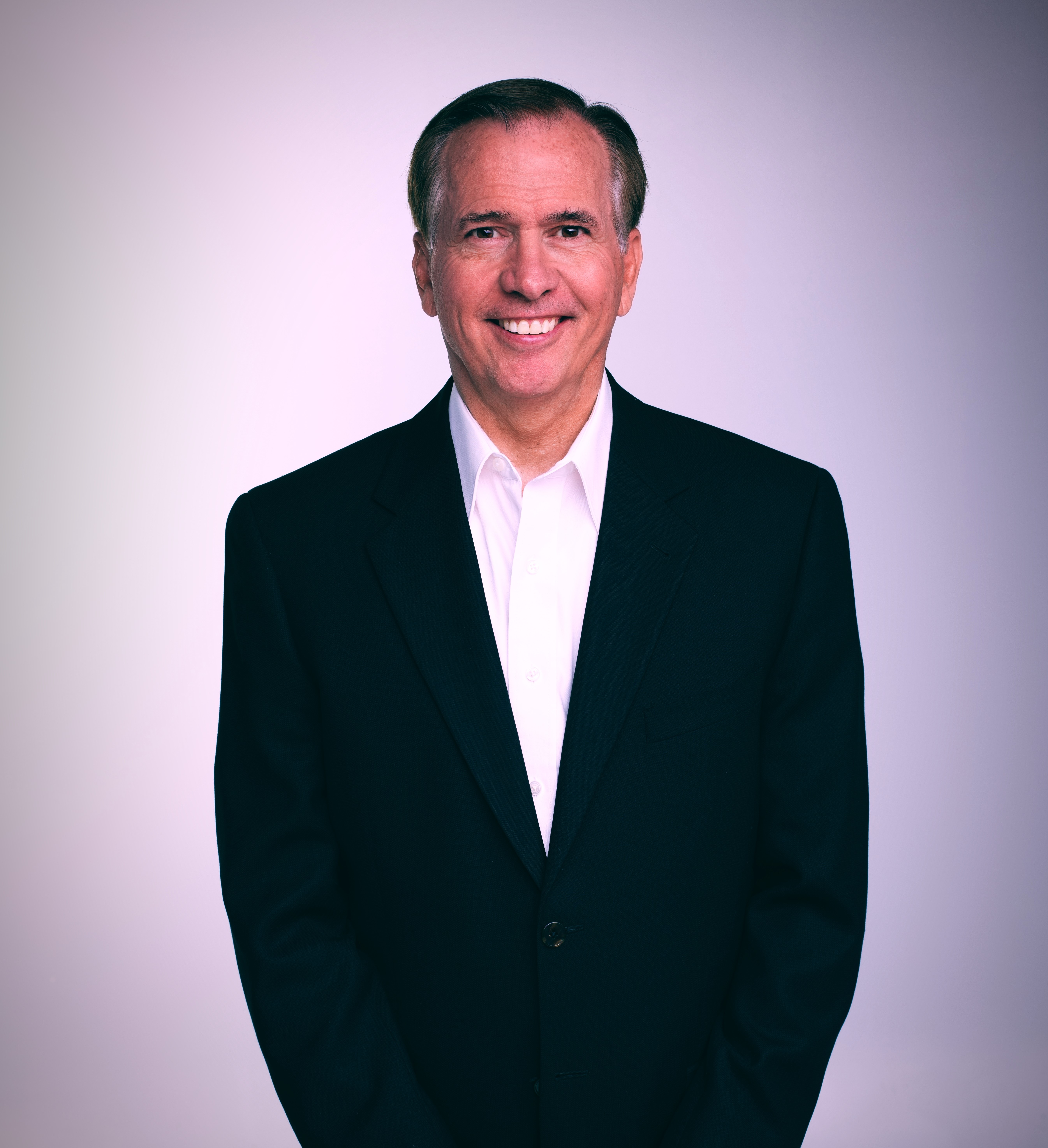 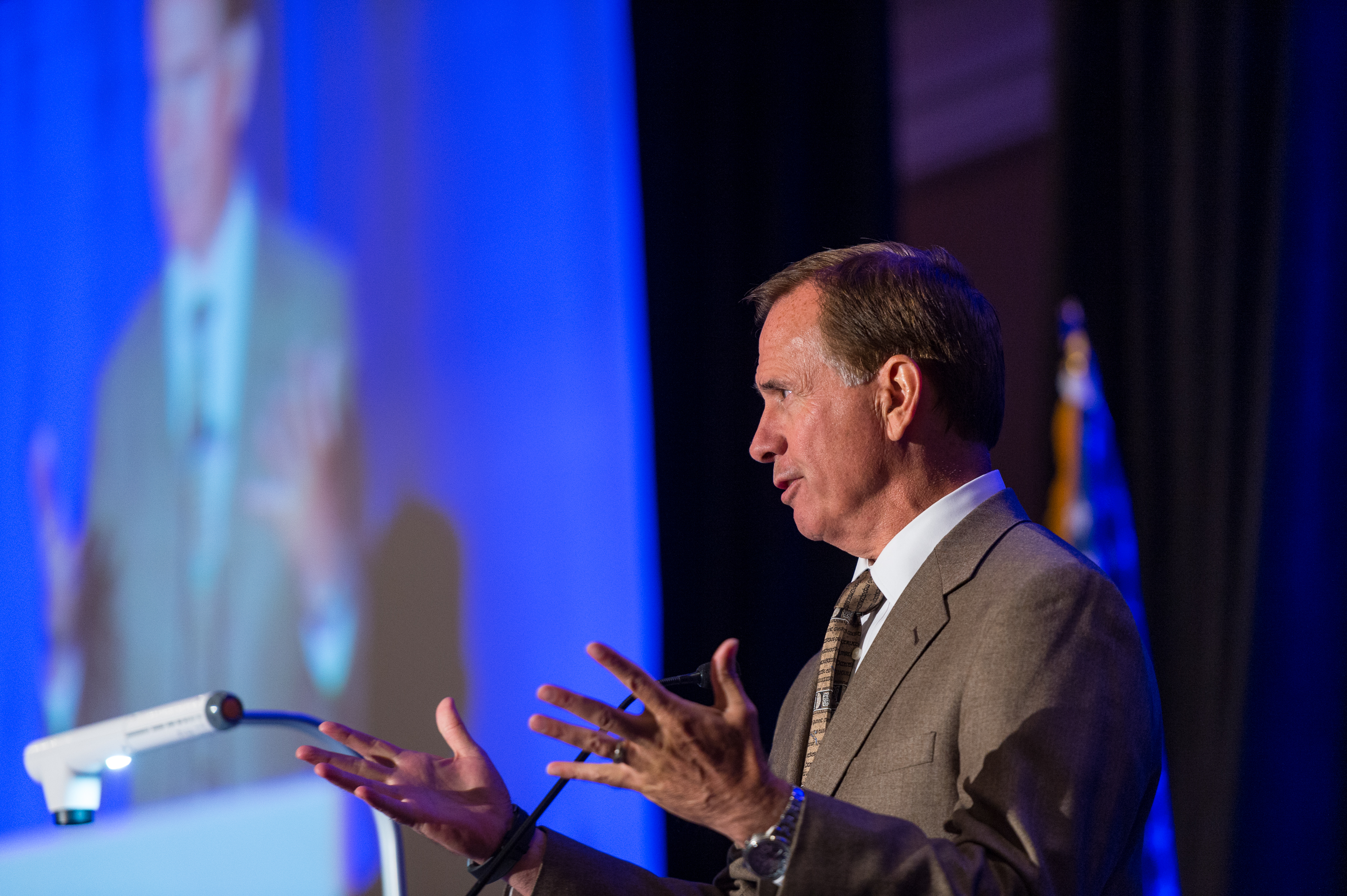