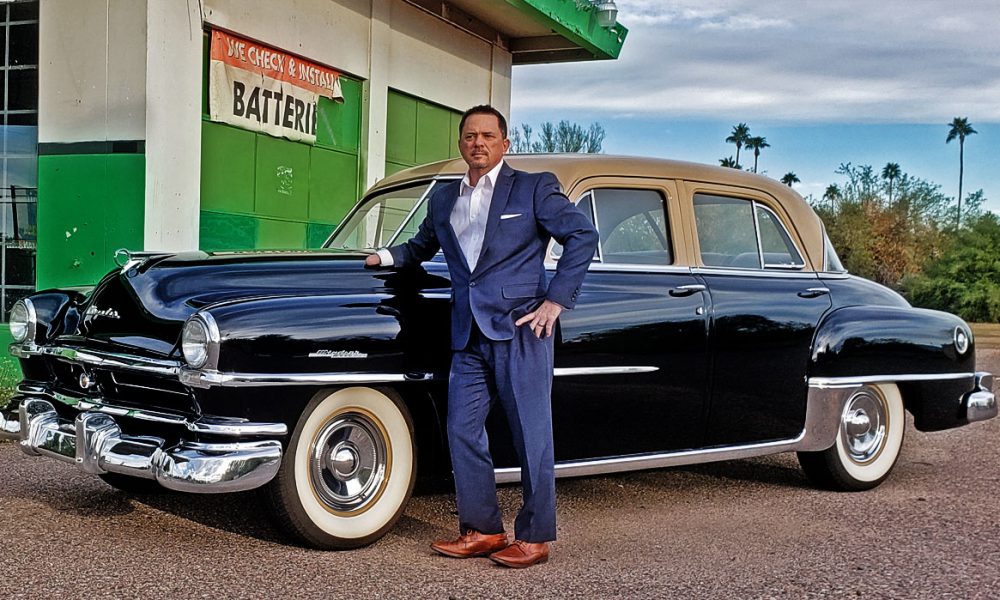 Today we’d like to introduce you to Mike Bolland.

Mike, please share your story with us. How did you get to where you are today?
I’ve had a pretty interesting life. I was born without a right hand, but that has never been a roadblock for me. I have my parents to thank for that. I am from New Jersey originally, and I moved with my family when I was very young to Mesa in the 70’s. At that point in my life, I wore a hook; my parents had me learn how to use one so I could choose as an adult whether to use one in my daily life. That’s how far ahead they were. The reason I bring that up is because of what happened to me shortly after we moved to Arizona. When we settled into the valley my parents had to find a place that could fit me with a prosthetic. As it turns out, Tom Laughlin, the gentleman that wrote and starred in the Billy Jack movies, was working with places that made prosthetics to cast a one-handed boy in his next film, “The Trial of Billy Jack”. I landed the part of Danny in that movie. Was I good? Probably not. Hey…I read the reviews! But I had about as much fun as any eight-year-old could have had to be in that movie. And I have to say that Mr. Laughlin and his entire family were very kind to me and my family.

About five years after I made that movie, a friend asked me to join a bowling league. I joined, and that decision led to another enjoyable part of my life as I later became the first one-handed person to compete on the Pro Bowlers Tour. In the first two tournaments I participated in I bowled as an amateur by winning qualifying tournaments (1986 & 1988 Tucson Open). In 1989 I joined the Professional Bowlers Association to become the first one-handed person to officially be a pro bowler. I was on and off the tour for a few years until other things in life became my calling. I never bowled to be anything but a pro, so at this point in my life, I don’t bowl at all. But I still have my PBA card and who knows…maybe I’ll try my luck on tour in the future.

Today, I focus on two things beyond family – my comedy and my business, Two Fisted Drinker. In my comedy I love to joke about having one hand; it’s an accumulation of a lifetime of material. Two Fisted Drinker is a little tongue and cheek reference to what I am not as a person. But I am serious about continuing to make that business a success. We currently have three beer mug designs and we are working on adding more to the lineup.

Overall, has it been relatively smooth? If not, what were some of the struggles along the way?
Having one hand has never been a problem. I ask two-handed people what they can do with their off-hand: “Can you write? Can you eat? Can you do anything?” The answer is almost always “no”. I don’t understand how people walk around with two of those. But I seriously wouldn’t change having one hand at all. I’ve never really found it a necessity to use air quotes or juggle.

I do have to say, however, that cancer wasn’t a lot of fun. I’m glad I’m on the road to recovery. Although I feel I’m there already, I have one more year to make it officially ‘cancer free’. The positive part of cancer is that it makes you look at things much differently. I remember the day I found out I had cancer. More than anything I dreaded having to tell my family. That was hard. After a bunch of tears and hugs, my wife and I decided to go out and have a glass of wine or three. And it was at the restaurant that I had a major epiphany: When people look at me, they immediately see what’s wrong since I’m missing a hand. But that night as I sat there, it was the first time in my life that people couldn’t see what was really wrong with me – I had cancer. I took a long look around the restaurant, at all the people dining that night, and I wondered what stories lie within them. What are their struggles? Are they facing some pretty serious situations? We are all faced with challenges during our life. As I meet new people and see old friends, I try to remember that there can be a story within them that I am not aware of. It’s not all about what can be seen.

Please tell us about your work.
In comedy, I am very happy that I can make people laugh about having one hand. Like I said earlier, there is a lifetime of material I am drawing from. And the deal is this – I like having one hand. It’s the one I’m missing that pisses me off (just kidding). I get so much enjoyment out of making people laugh and I am honored that I can (usually/hopefully/sometimes) do it.

When I mentioned the positive part of cancer, my comedy is a big part of that. I always wanted to try it, but cancer has a way of smacking you in the face and reminding you that tomorrow is a gift. If you want to try something, try it! I’m trying something new on my YouTube channel. I just started a series of videos where I show how I do things with one hand like tying shoes. It is proving to be popular and I will continue to add new videos showing how I do things.

On the Two Fisted Drinker side, we are known for doubling your pleasure as your drink. Our mugs are connected by a port hole at the bottom which allows for the sharing of liquids between the mugs while auto-leveling the beverages. You can make the ultimate black & tan, Arnold Palmer, or enjoy two of the same beverages and have fun as you sip.

I am very proud that I have pretty much done everything single-handedly within that company (pun intended). I designed the product, I found a manufacturer, I applied for and was granted three patents, plus I design my website and do my marketing. I am also very proud that the mug has been the number one selling beer mug on Amazon at various times in its short existence.

Any shoutouts? Who else deserves credit in this story – who has played a meaningful role?
So many people have helped me. It starts with family, and as I said earlier my Mom and Dad were my rock. I try to pay them the ultimate respect by saying that they raised me to be too stupid to know I have one hand. They never cut me slack or thought I couldn’t do whatever I wanted to do in life. While they are no longer with us, their lessons will always be with me.

I was able to make it through my cancer journey because of my family; my wife Trish and my girls Sabrina and Brianna. Trish was the rock and made sure I was taken care of when I was struggling a bit to do things myself. 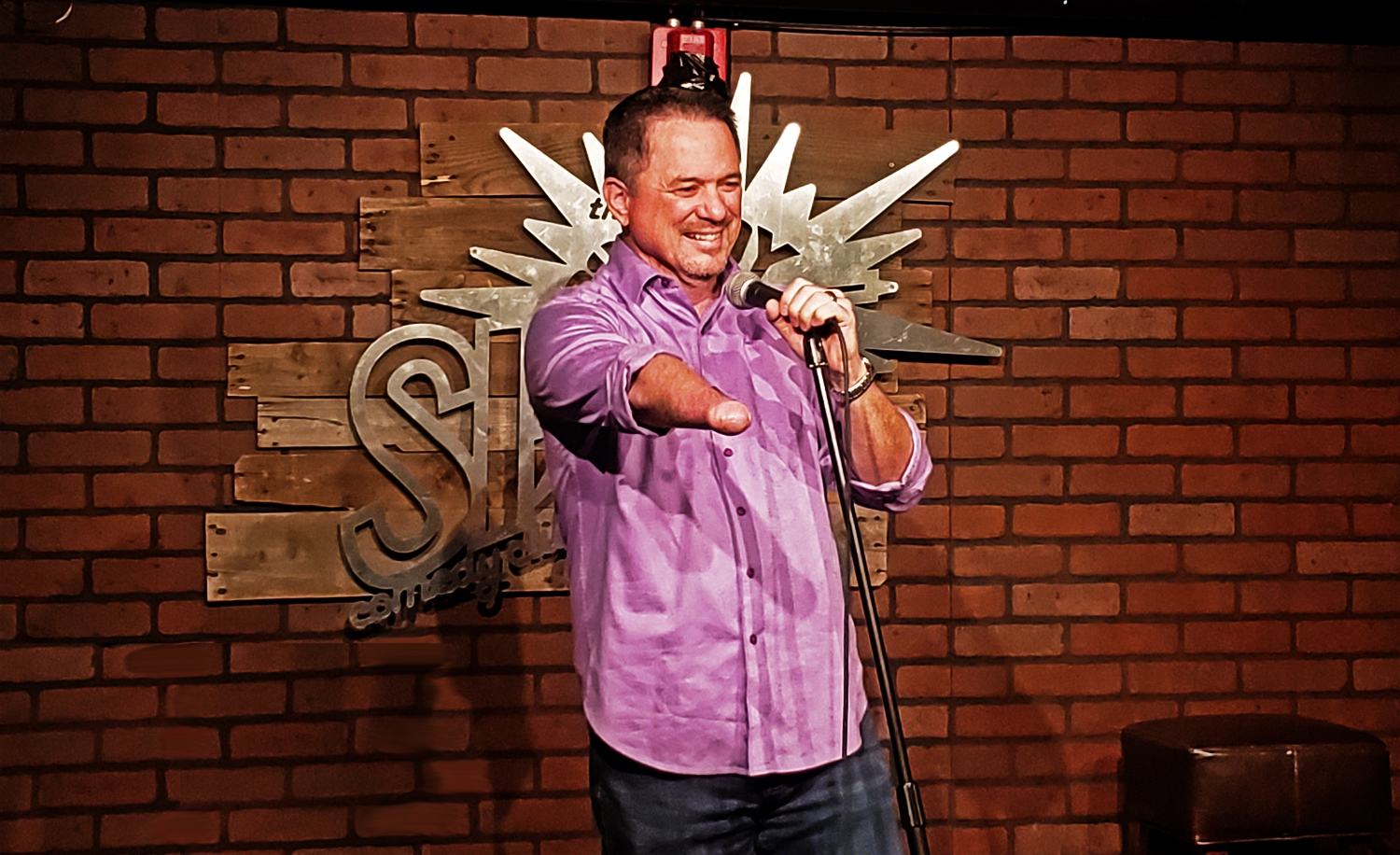 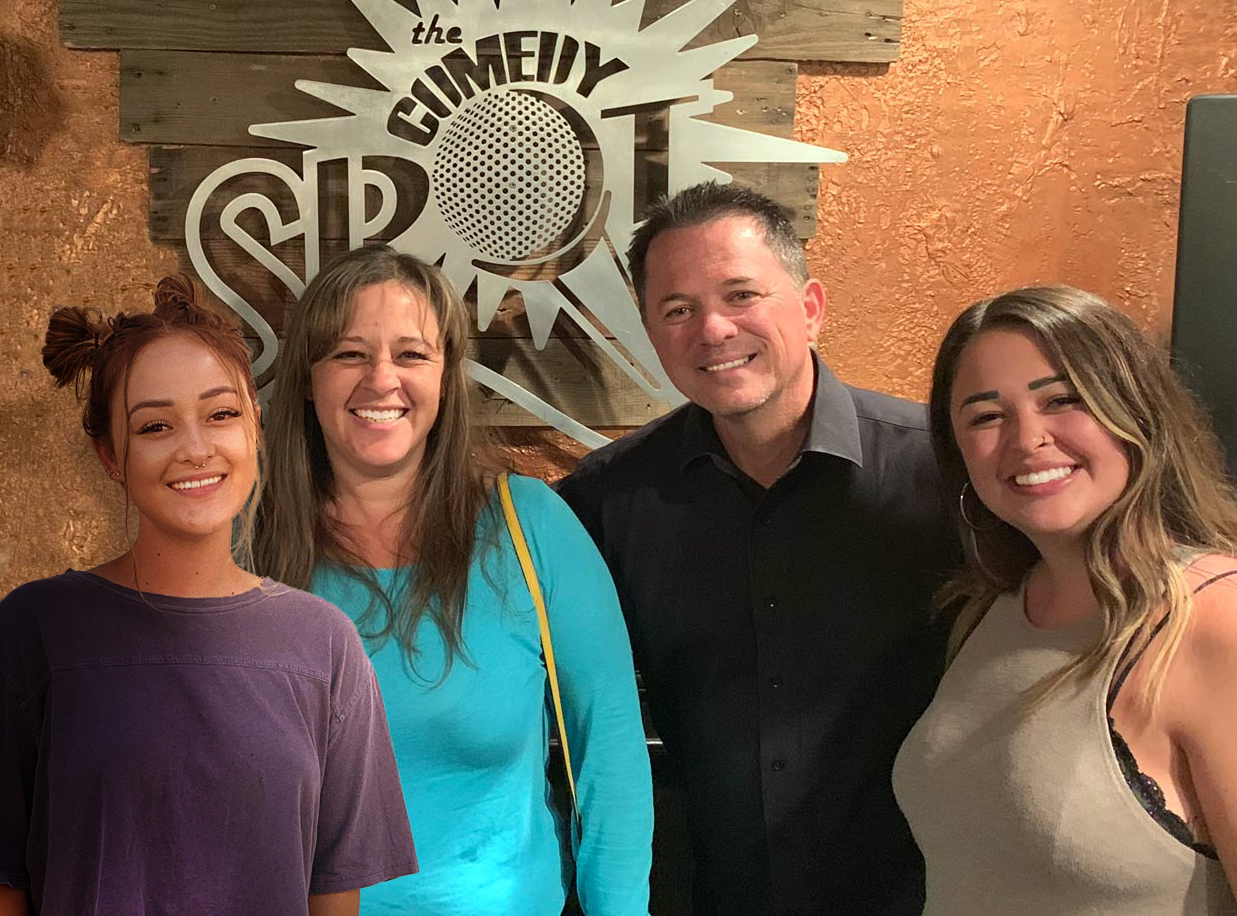 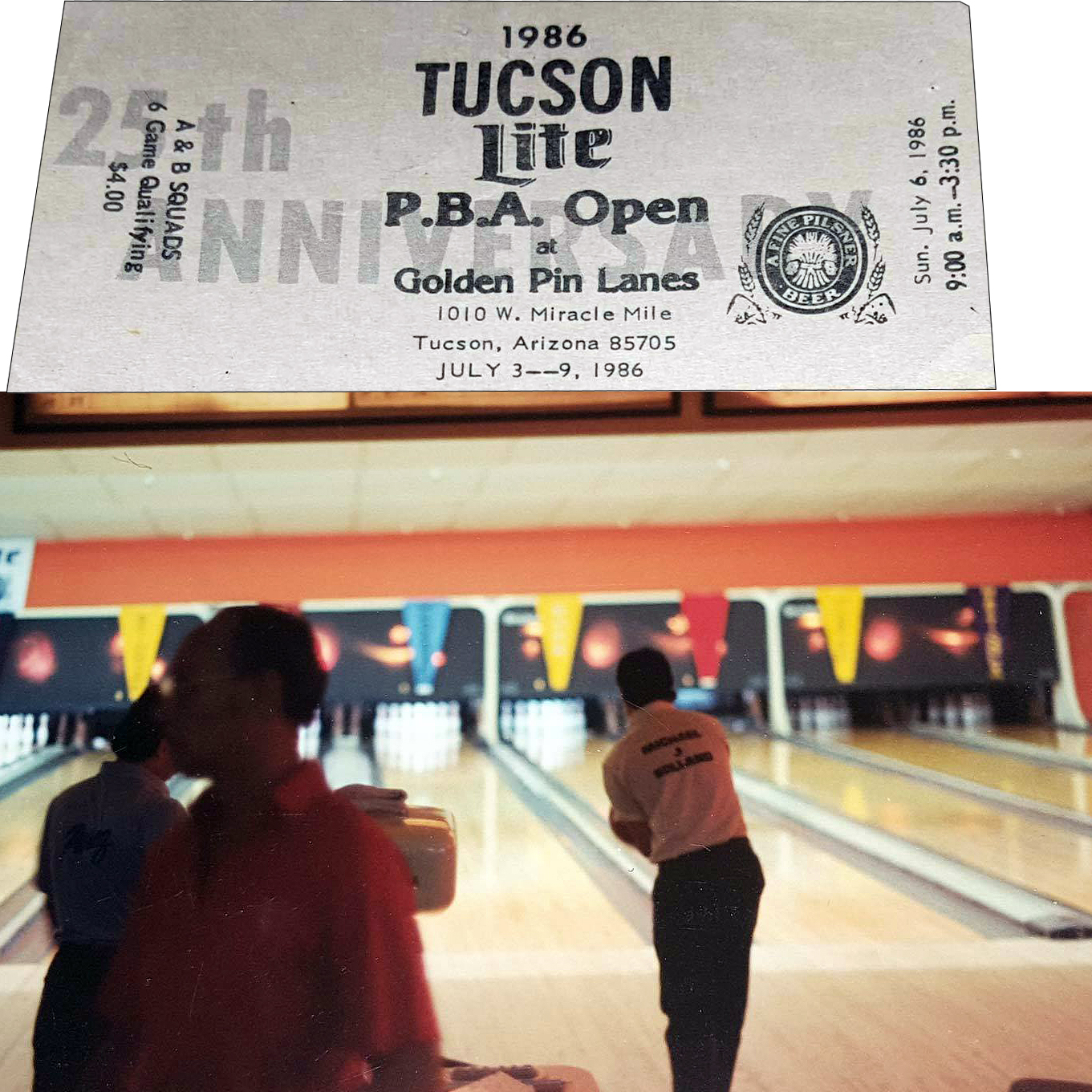 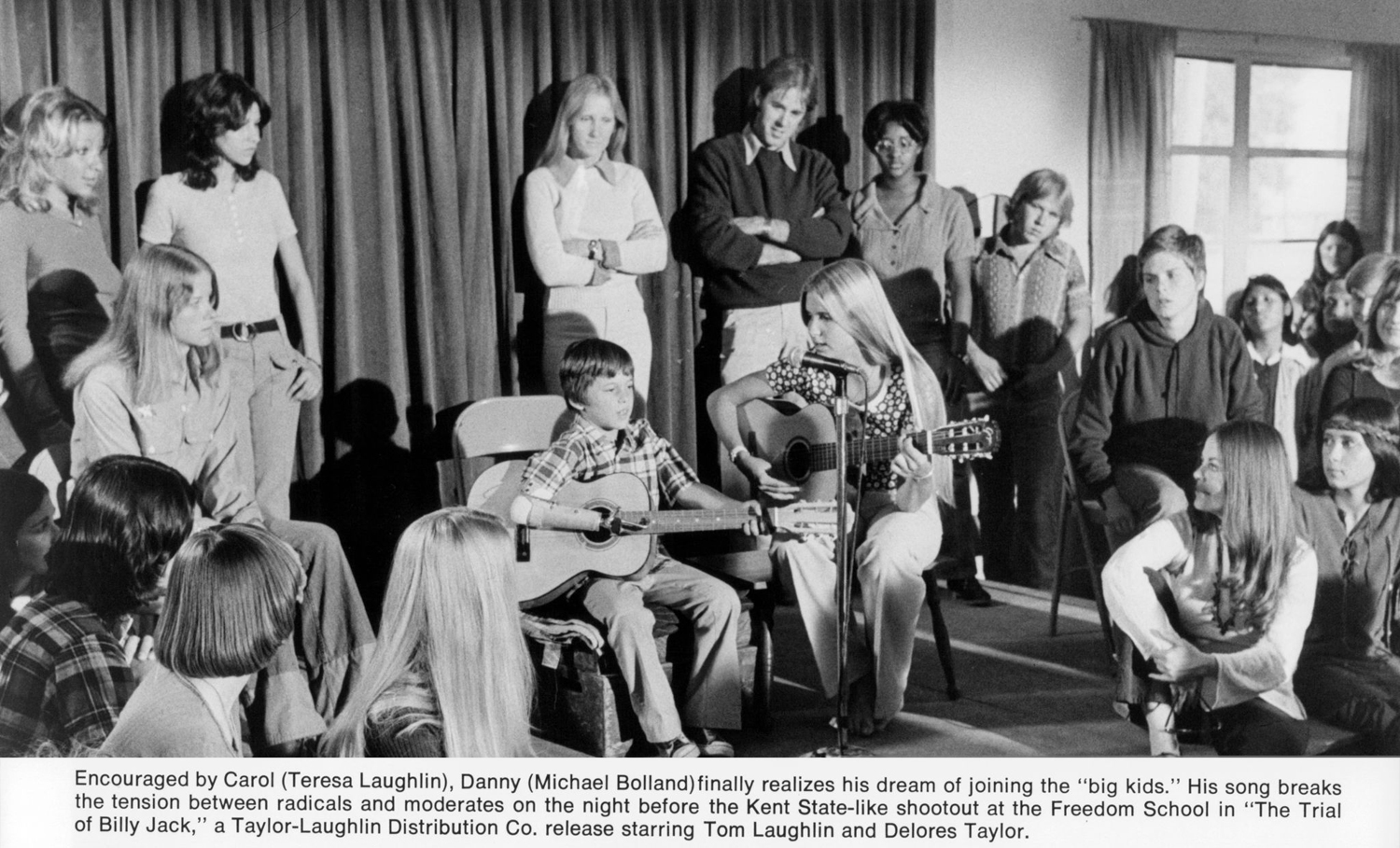 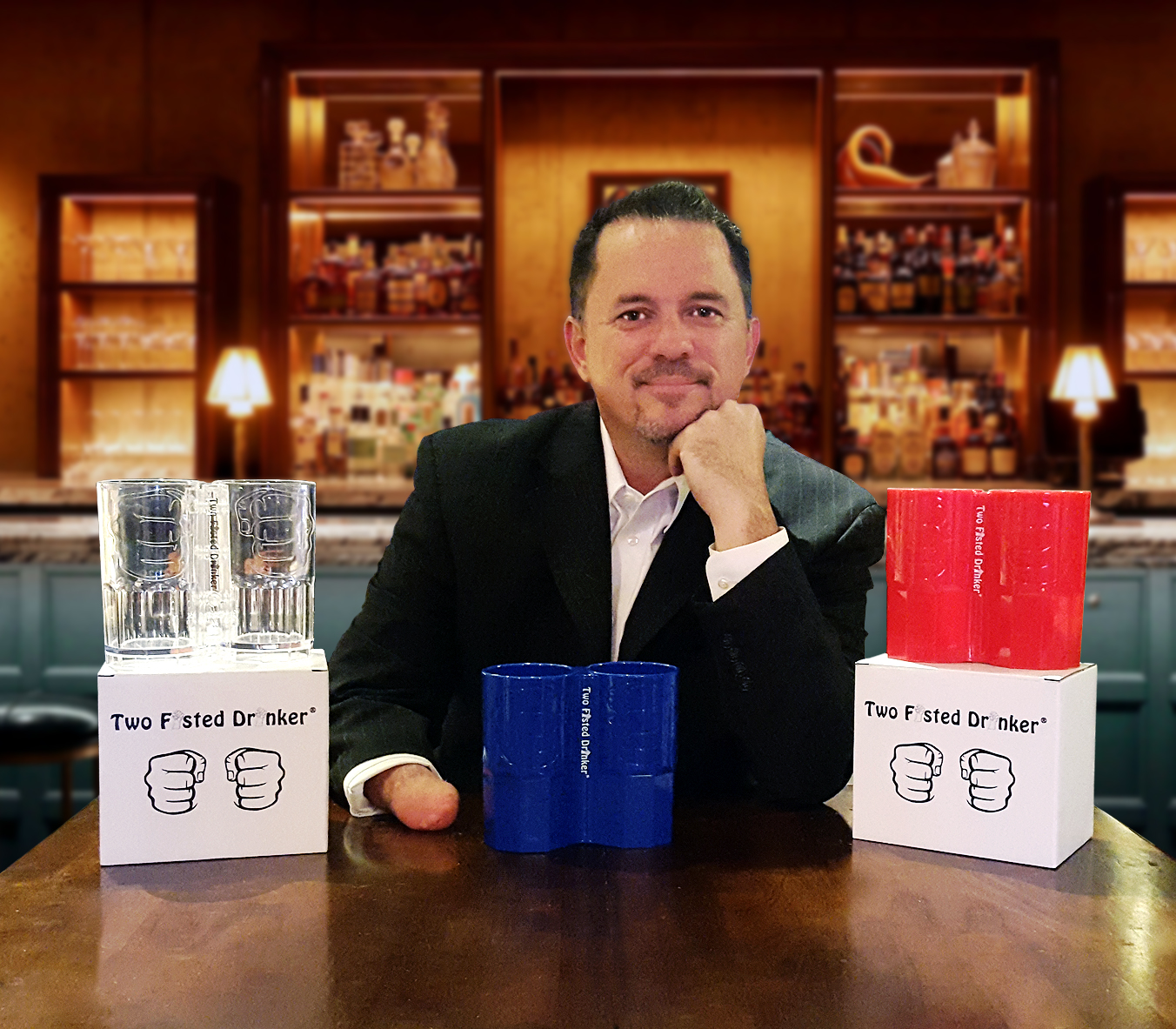 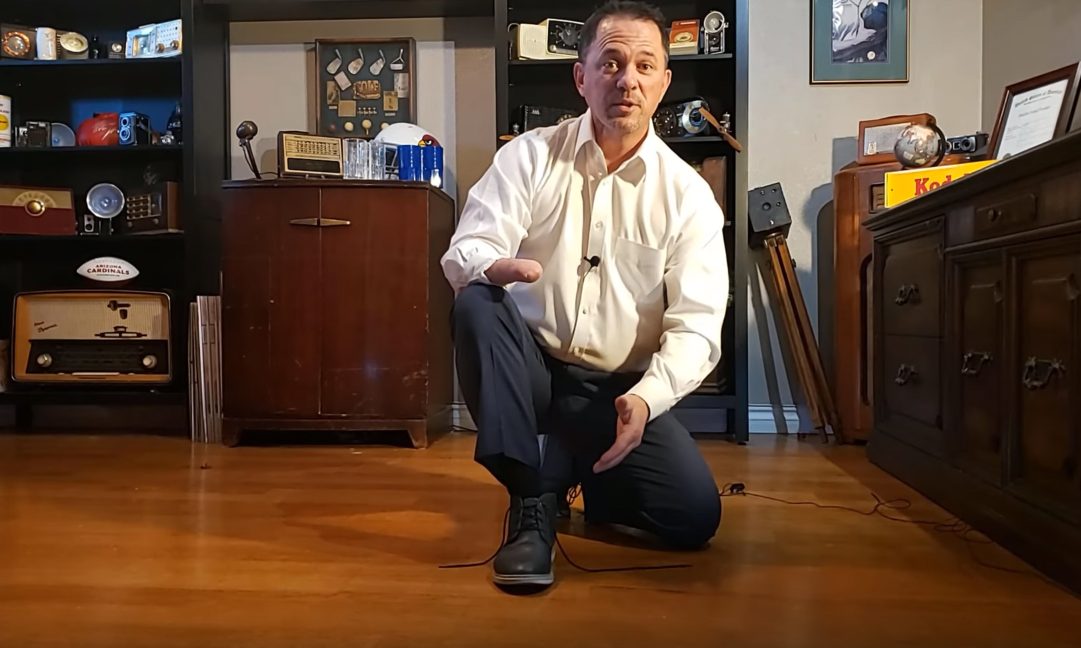