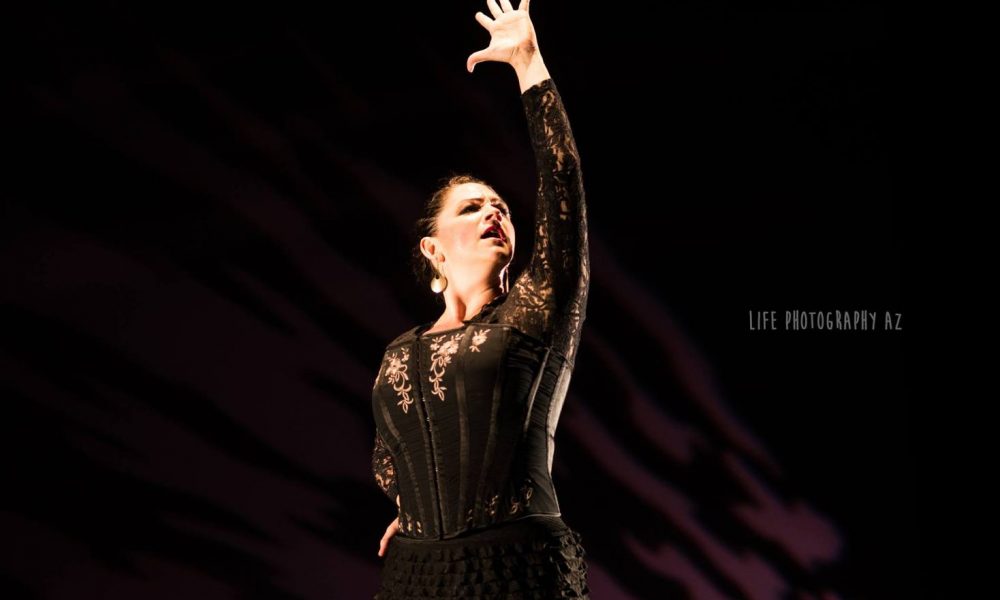 Today we’d like to introduce you to Julia Chacon.

So, before we jump into specific questions about the business, why don’t you give us some details about you and your story.
I got my start in dance when I was three years old. My parents enrolled me in classes because I constantly wanted to perform. I directed my little sister in plays and choreographed dances, then told my parents, “The show is starting! Come to find your seats!” and ushered them in to sit while we performed.

For 15 years I studied ballet; serious ballet students are encouraged to take other dance forms to build their versatility. I chose to study Spanish Dance when I was about 12 years old. I was attracted to the strong emotions and expression. One day shortly after starting Spanish Dance classes, my mom was late to pick me up. I went back inside to wait. There was a private lesson in the studio, so I sat down to watch.

My teacher was in the corner, waving her hand to the music, like a conductor. I had never seen her do that in my class, but I didn’t think much of it. The student was the most expressive dancer I had ever seen. She put everything into her movements, and had such grace and joy; I felt I was watching the secrets of her heart. When she finished the dance, my teacher began to give her corrections, but she didn’t speak directly to the student. She spoke to someone sitting behind me in the lobby.

I turned to look, and behind me were two women. One, the dancer’s mother, was translating the corrections into sign language because the dancer was deaf. She could not hear, and she could not speak. But she could dance. She said more with her movements than any words could convey.

At that moment, I felt a thunderbolt, and the earth shifted beneath me. I realized the power of dance to reach across boundaries and straight into the soul. From that day forward, I danced. And flamenco became my medium. I danced through high school and received an academic scholarship to the University of New Mexico. I did not intend to dance in college, but I enrolled in a class as an elective.

After my first semester, I was offered a dance scholarship, and I accepted. At the time, UNM was the only University in the United States that offered flamenco. They sponsored an annual festival, bringing artists from Spain to teach and perform. I was fortunate to study with and perform alongside some of the most prominent artists of the time.

After college, I moved to Spain where I studied in Madrid and later Seville. I joined international dance companies based in Madrid, Seville, New York, and Santa Fe and toured for over ten years, performing on stages throughout the USA, in Mexico, Colombia, and Spain.

I started my own troupe, “Inspiración Flamenca” in Santa Fe in 2008. In 2013, I moved to Phoenix, my hometown, to be closer to the family. That year, I decided to stop touring, build roots and develop my company. The performing arts community was welcoming, and I developed working relationships with Arizona dance companies and presenting organizations. I served as a volunteer on the Advisory Board of Scottsdale Center for the Arts’ Discovery Series and for the City of Scottsdale.

In that time, I realized how fortunate I was to have gained my touring and performance experience. I wanted to create opportunities for audiences to experience flamenco center-stage, and for artists to have their talents celebrated. I wanted to see flamenco in Phoenix elevated from the tavern to the stage, where I had been so fortunate to perform.

Though I love a grand stage, small intimate theaters are best for flamenco because you can see the expression, feel the intensity and catch the communication between the performers onstage. I am thrilled to currently have an 8-week series at Scottsdale Center for the Performing Arts, and a healthy base of 60 students across the Valley from age 3-70.

Great, so let’s dig a little deeper into the story – has it been an easy path overall and if not, what were the challenges you’ve had to overcome?
For one period, from 2003-2006 I stopped dancing. My father had passed away, and every time I put on my shoes to rehearse I wept. My dad was my greatest supporter in dance. He had suffered a long battle with diabetes, taking him piece by piece. When he was gone, it was as if the disease had taken my legs, too. I could not dance without him.

For over two years, I tried to face the studio, but my emotions would not let me dance. It was a guitarist who got me back in the studio. He wanted to learn to accompany a dancer, and he persisted in calling me, though I ignored his messages for weeks. Finally, I answered his call and agreed to meet to help him. With him, I could dance again. Teaching and helping him to grow I found inspiration again.

Within months I was performing again, and within a year back on tour with a company based in New York. That was a very personal struggle for me. But, there are many struggles along the way to becoming a professional dancer. A dancer is under constant scrutiny by company directors, fellow dancers, audience, the reviews, etc. As you mature, you are running against the clock, with younger, less expensive, hungry dancers waiting to fill your shoes.

Maintaining belief in oneself can be difficult under the circumstances of being a performer, but ultimately flamenco is an art in which self-belief must be your muse. If you can survive the baptism by fire, you can reach a purity of expression that is priceless, because what you say with your art has the power to reach someone’s soul. That becomes more important than having the fastest footwork or the prettiest face.

Another struggle is the touring life. It is illustrious, exciting, fun and thrilling to go from stage to stage and be treated well. It also has its shortcomings. For months, it is like being in a cage with the same 10-15 people 24-7. You are always from the van to airport to hotel to theater. You experience a repeating schedule of technical rehearsal, performance, and travel with shared hotel rooms.

Any animosity between artists it is amplified by such close quarters, and sometimes you learn things about people you would prefer not to know. I am not happy if I am not dancing. I feel something is missing in my life. If someone loves my dancing or couldn’t care less, I do it because I know it is what I am here to do.

We’d love to hear more about what you do.
I am an artist. I perform and teach flamenco; the music and dance of southern Spain.

Flamenco is a powerful form of expression that for me, shatters boundaries and can reach straight into the soul. Flamenco is something of an obscure art in the United States, though it is practiced all over the globe.

I am proud of seeing my students have break-throughs in rhythm, technique, and expression because it taps into another level of communication and understanding that can only be reached through sharing music and dance. It is a beautiful feeling!

I am proud of creating an opportunity for patrons to experience flamenco in a dedicated space where the skills and accomplishments of the artists can be appreciated and seen with the respect it deserves.

I think what sets me apart from others is my experience. I toured extensively both abroad and throughout the USA working with a wide range of artists. I know how to organize and work with presenting organizations. I have decades of choreographic experience and a background in classical and modern dance.

I have taught programs in public schools, exclusive studios, and universities. All of this combined experience makes me an effective choreographer, director, and teacher, capable of working with a wide range of ages, skill levels, venues, organizations, and dance styles.

I know brilliant artists from Israel, England, Mexico, Chile, the United States, Switzerland and more that can perform together through the musical codes and language of flamenco. You don’t have to be Spanish to appreciate or do flamenco, just like you don’t have to be American to play jazz.

What moment in your career do you look back most fondly on?
I have had many proud moments. Sharing the stage with the master Jose Galvan in Seville, Spain was one. Being hired for my first tour was another. The moment I learned I had sold out my first 1000 seat theater was another great moment. But, I think the proudest moment was when I produced my first professional concert.

I dedicated the show to my father. He had been hospitalized and was released to come to the concert. It was the first time he had been out of the hospital in many months. It was the only professional concert of mine he would survive to attend. He was so proud of me, and I was proud to be able to share what my parent’s belief in me had inspired.

I think that in more recent years my choreography has become more refined, and my accomplishments more significant on a professional level. But, I don’t think anything will quite outshine that moment of both parents witnessing my start as a producer and knowing how much my dad believed in me.

I am so lucky to have my mom share in all the things I have done since and to have her continued faith in me. 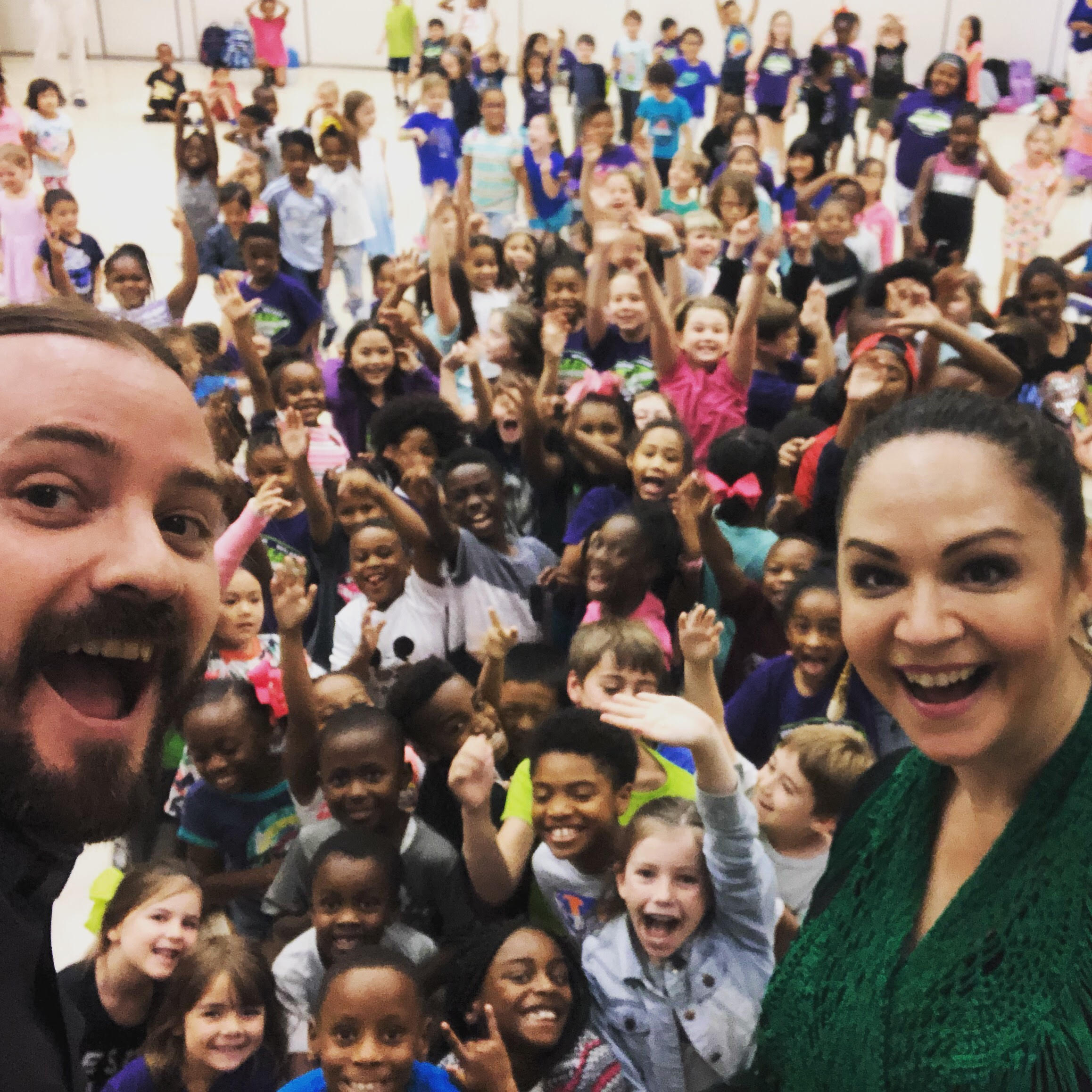 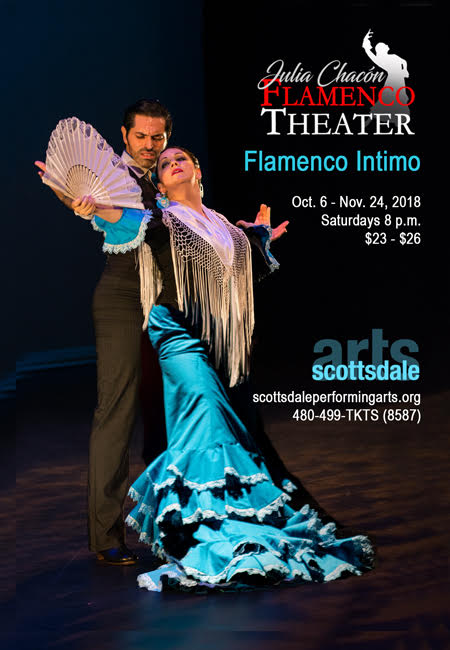 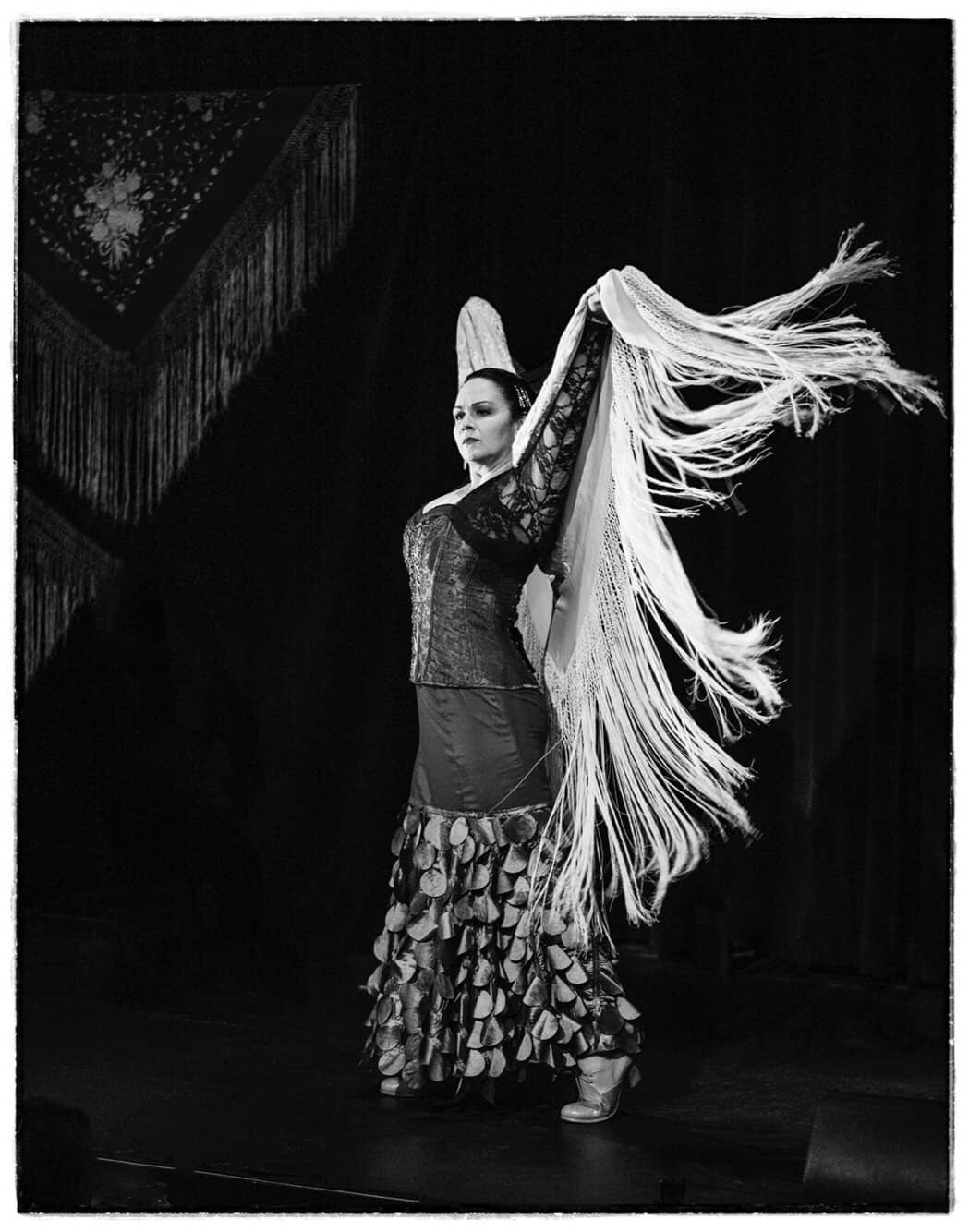 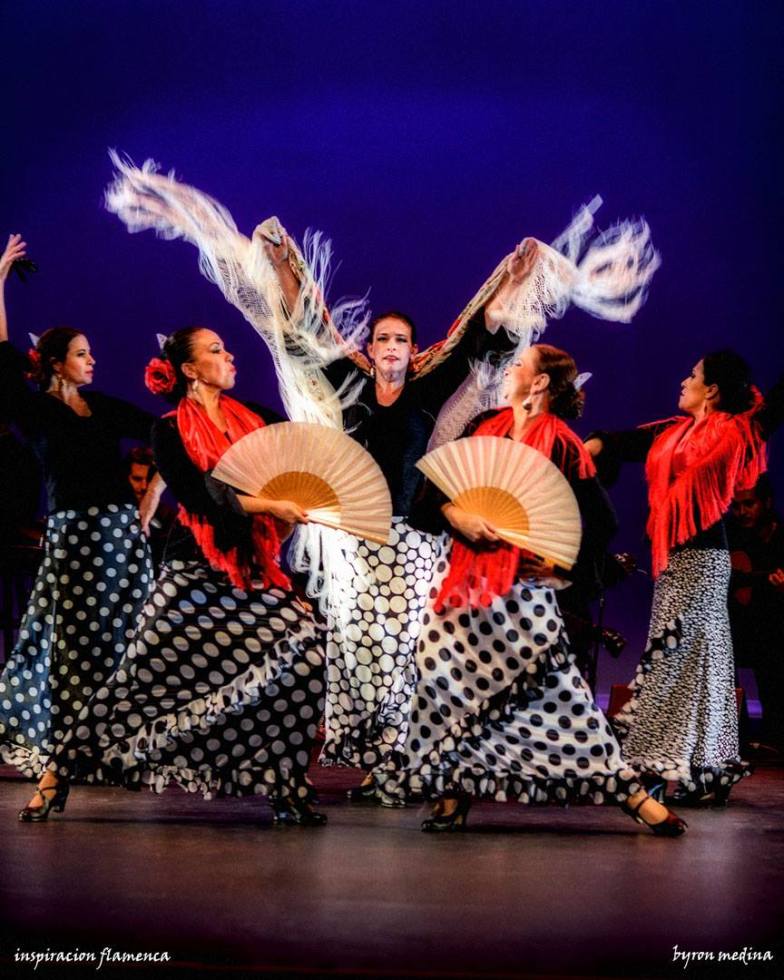 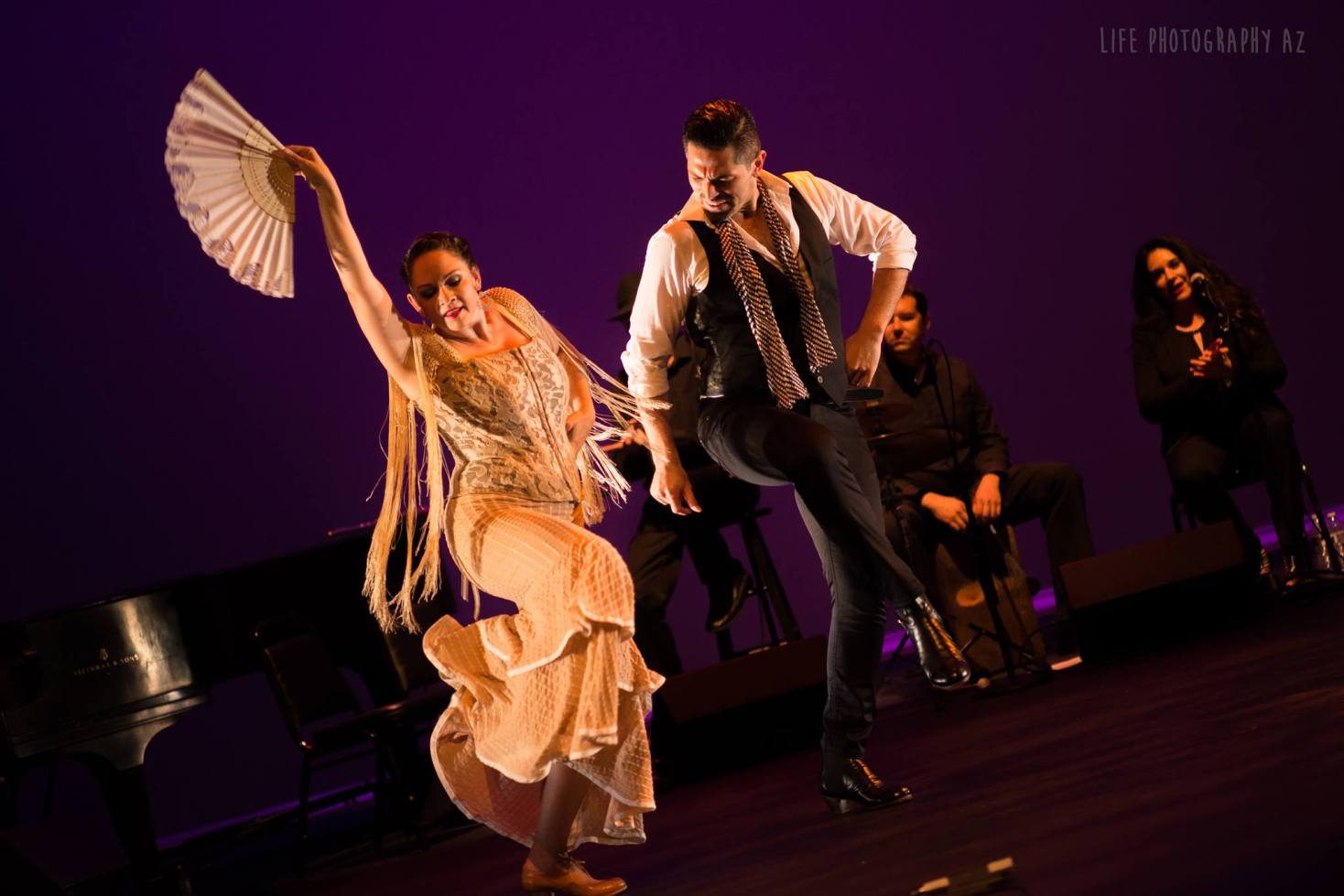 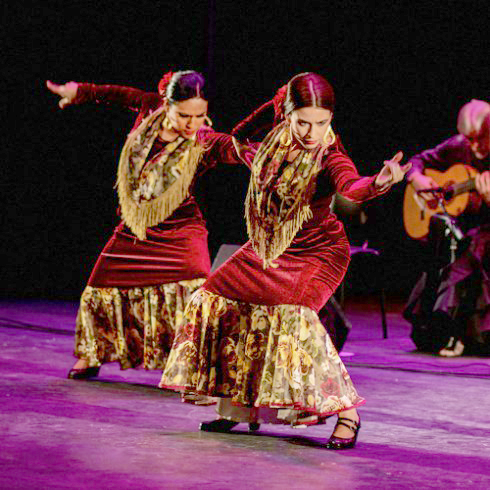 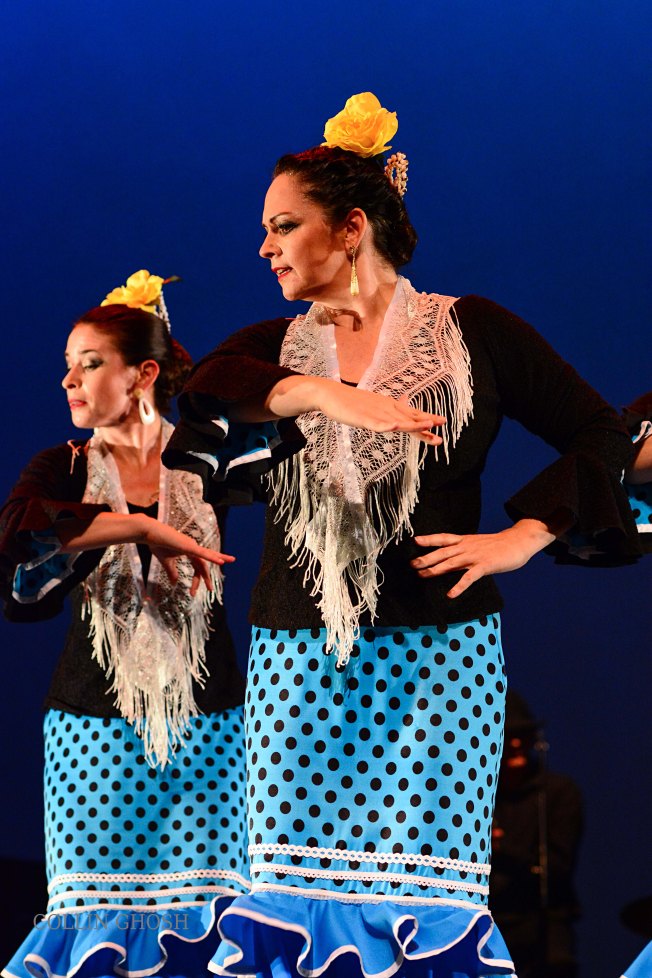 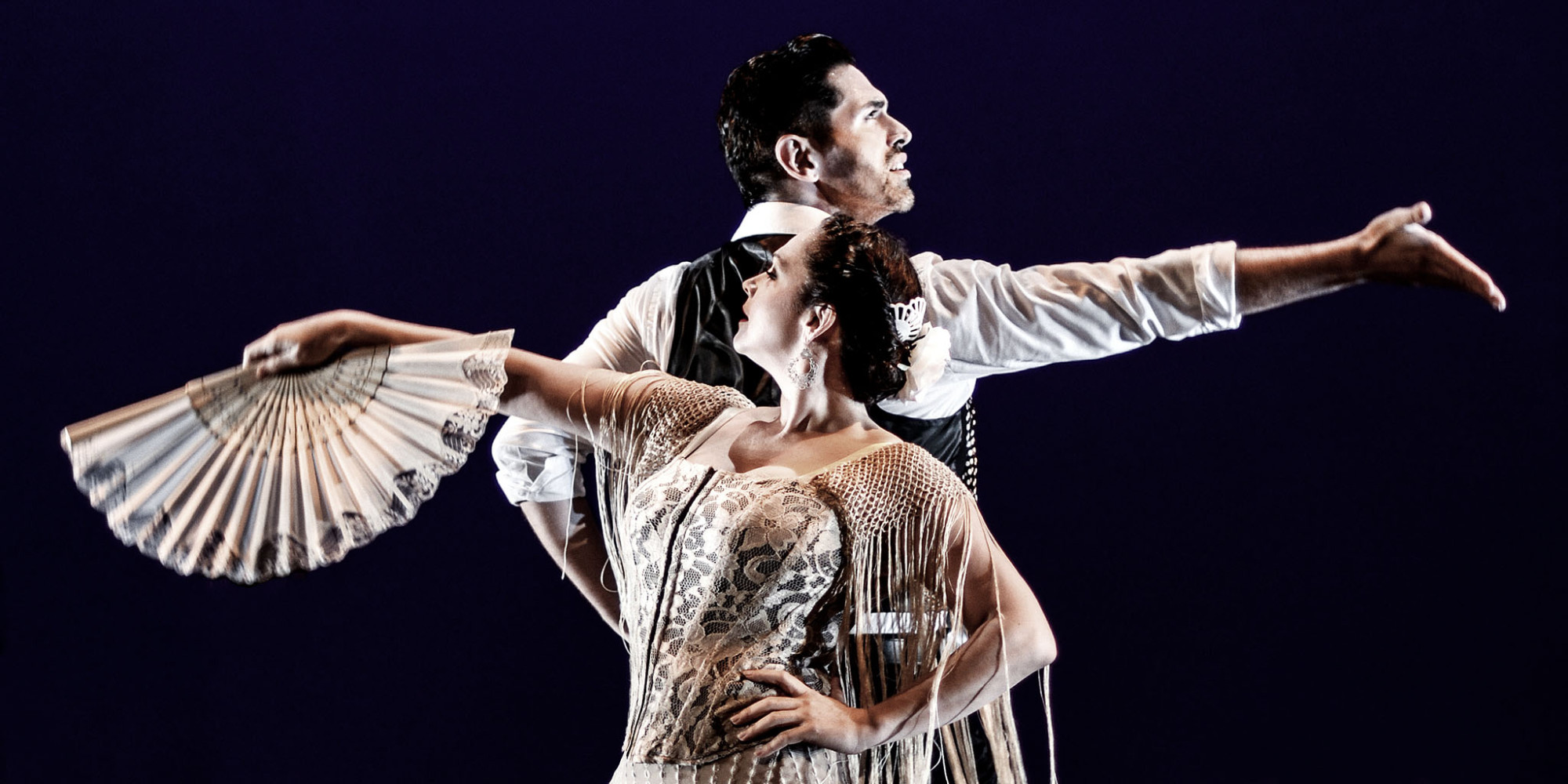 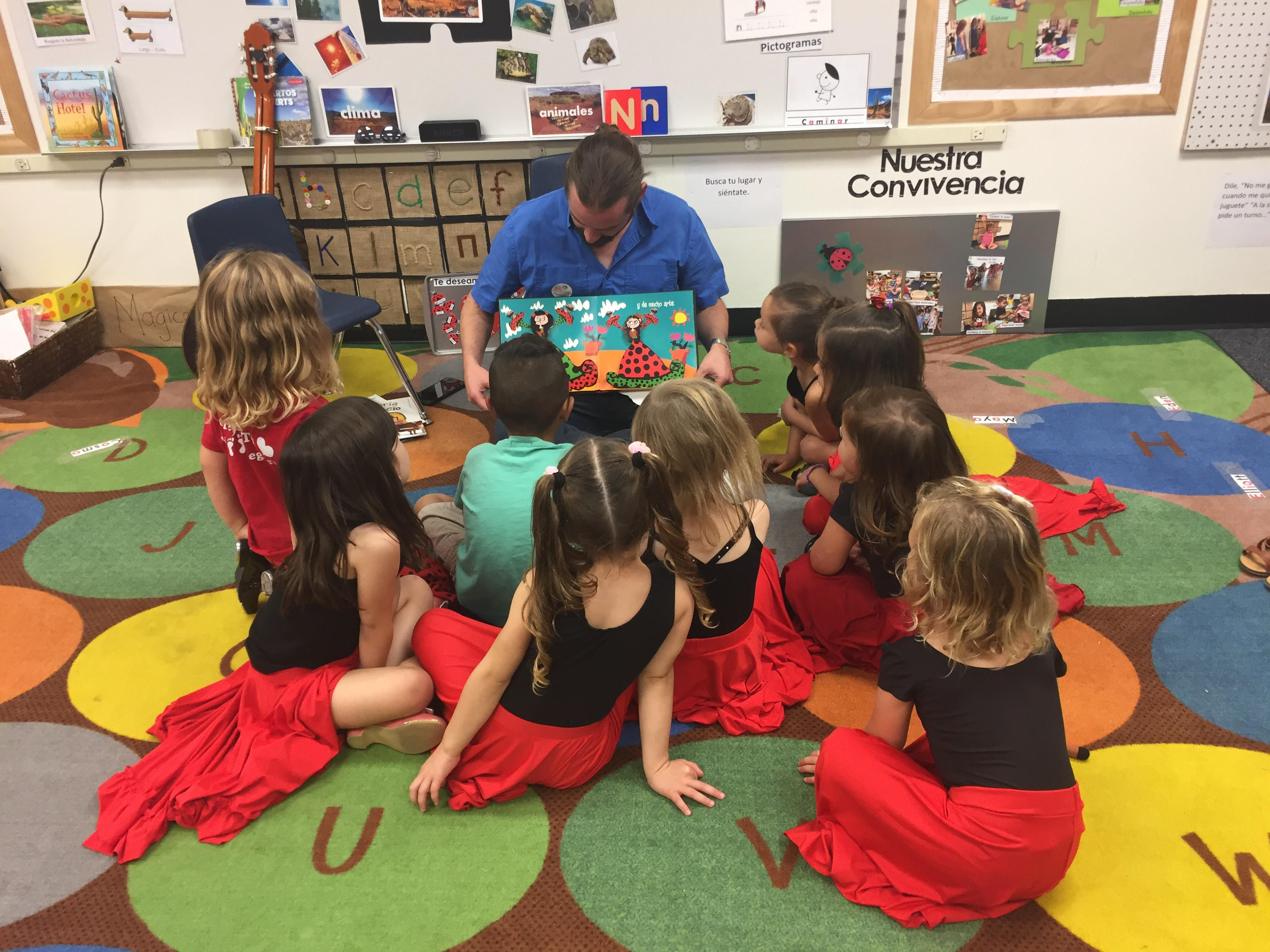