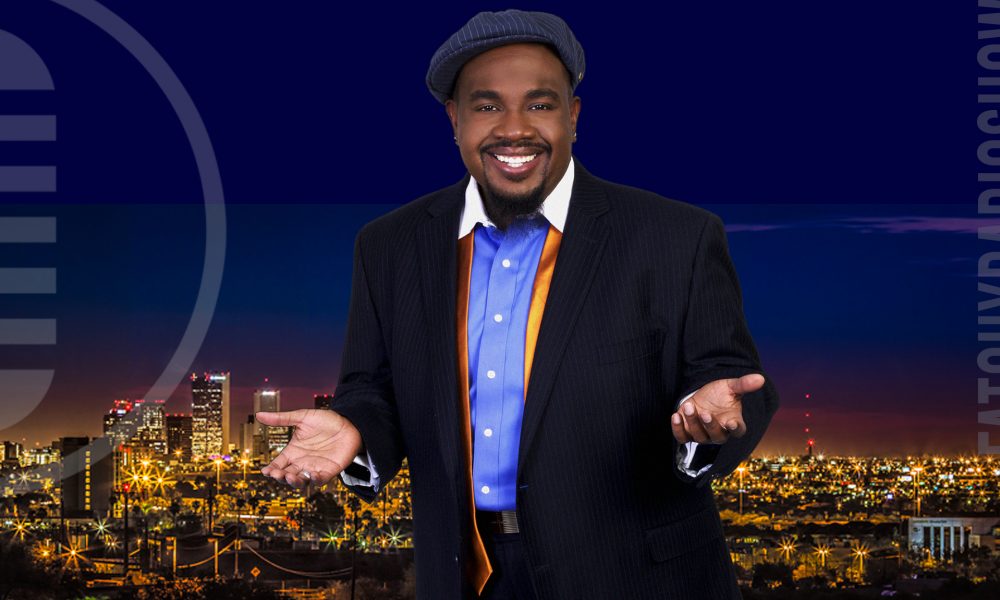 Today we’d like to introduce you to Cory Blaze.

So, before we jump into specific questions about the business, why don’t you give us some details about you and your story.
Growing up the middle child of two sisters in South Phoenix, the spotlight was never there or given to me. I felt overlooked a child. Often a prop in the shadows of my overachieving siblings. There are countless times I was told by my elders to “hush up”, “kids are to be seen not heard.” There was never a platform for my kind of expressions.

During my scholastic years, my siblings studied law and accounting. While I turned my focus to theater and music. Becoming the only child in pursuit of entertainment. There were many times my family’s eyes were turned to the achievements of my siblings, rather than a chubby kid prancing across a high school auditoriums stage. Later in life rejection came in another form, judgment because of my size.

Rather I had the support and encouragement from my family or others, my pain became my power. Nothing was going to stop me. I kept on participating in theater while attending South Mountain High School. It was also there where I developed my first band, named PrimRose Productions with my dear friends Shayla and Carrie.

In my adult years, I developed an irrefutable concept that I’ve shared with many today, “It’s okay to stand in someone else’s shadow until you’re able to cast your own.” Meaning, emulation is the highest form of flattery. So, I began to emulate entertainers like David Letterman, Bernie Mac, Robin Williams, Oprah, and Regis Philman. I made it okay to be called a copycat. Because as I homed in on their uniqueness, I systematically worked in my own. And I still do this today.

As I taught myself how those entertainers became who they are, I devised a plan to carve my own destiny. I began to study closely and in 2009 it hit me. Talk radio! With being shunned as a child, I knew I had the gift of talk with a side of opinion.

A few years past without me taking the jump. Fear of jumping into a world I knew very little of. So, what else do you do when you don’t know? You go and get your friends who know even less than you and you figure it out.

In early 2011, I was hanging out with some friends. I’d been telling them about this crazy idea to start a talk radio show. My best friend Phillipious and I were sitting in my living room, away from all my other friends one evening. I looked up at him and said, “if I start this radio show, what should I call it?” Phillipious looked at me and said… quote, “you’re a fat guy and you want to do a radio show. Called it a fat guy radio show.” At the moment, we both giggled, then stopped and realized the show was just given an identity.

I had some old recording equipment from my years as a musician, so I set up a small recording studio in my laundry room that was across the hall from my bathroom. I sat on a stool, talking into the microphone while looking at myself in the bathroom mirror. I did that for months developing my art.

Finally, I felt ready. But I needed some help. Back to the man who named the show, who later became the first executive producer of what is now known as FatGuyRadioShow. We were both elated when we had 25 unsolicited downloads in one month. It felt like we struck oil.

I recorded my first episode on my glass dining room table. My best friend Phillipious and I went to our church media director Scott and asked if we could borrow some additional equipment that was just laying around the church. It as granted. We didn’t have any microphone stands, so we took boom handles and tapped them to the back of my dining chairs. My first words to the world were… hello, world. FatGuyRadioShow launched on May 22, 2011.

Since then, the show has grown to over three-quarters of a million downloads worldwide. Heard in 79 different countries with a growing passionate fan base.

Overall, has it been relatively smooth? If not, what were some of the struggles along the way?
The road to FatGuyRadioShow was a test of personal conquest. Those individuals I emulated at one time I began to compare myself to. Often wondering that after I’ve done everything I knew to do, that they did – why haven’t I reached the level they have. The internal battle began to rage leading me into bouts with depression, thinking that I would never be as good as them. Or I will never have their opportunity or chances.

I felt so alone at times. Even though FatGuyRadioShow continued to grow and reach new levels, my internal battle raged on. Now that I’ve built this thing, I have so many people looking to me to keep it floating. Everyone expected me to have the answers to every question. I stood tall and strong in the company of others but was crushed and defeated in my private alone time.

Few knew the money was running out. I had sacrificed so much of my personal finances, coming to the brink of personal bankruptcy. I lived way under my means. Working a full-time corporate job, holding down two sub-contractor agreements with Grand Canyon University Arena and Talking Stick Resort.

As the show went on, I started to lose close friends. People that I loved turned away from me. My own best friend who I started this journey with left. A blow that shook me to my core. Co-host came and went. Sponsorships that took a chance on an unknown show suddenly redacted their support. Other shows that I developed along with FatGuyRadioShow failed. I began to have flashbacks to my childhood.

My children suffered from my lack of attention and inability to afford certain thing or participate in school activities. It put a strain on them as much as it did me.

Because I had dedicated my life to this show, I chose to avoid being in a relationship. Though the lights of FatGuyRadioShow were bright, there were many times I sat alone in the dark. I hid my pain. I refused to allow anyone to see my failures. I never wanted to show weakness. And in that, I grew weaker. I became my own obstacle.

Please tell us about FatGuyRadioShow.
There are so many spotlights placed upon the darkest moments in our world. With the reach and power of the 24hr news cycle, people all over the world are inundated with sad story after sad story filling their homes and businesses with fear. I wanted to offer a respite from all of that on FatGuyRadioShow. A show that allows someone to escape for 75 minutes a week to just laugh, giggle or snicker.

FatGuyRadioShow is a fun-filled show that refuses to cover stories that you can get on the 24hr news media. I understand that every other channel on TV is airing the same story with a different spin. I don’t want to be a part of that group. On my show, we take our personal life encounters and share them through comedy. We take our pain and make it a pleasure. Because everything in life has a ring of comedic genius if you just look for it. I’ve shared everything from getting a booster shot and having to drive home on one butt cheek to a family fracturing fight over Christmas.

I am known for my epic fat guy meltdowns. It’s become a trend with our audience that everyone loves it when the fat guy melts down. My stepbrother DJ Lil D, who guests on the show, just laughs along with everyone at my pain. It’s a staple. I feel better afterwards, and everyone is entertained.

I am proud of what FatGuyRadioShow has become. For one, everyone on my team still holds down a full-time day job. For this team to dedicate themselves to this vision is remarkable. They come from all over the city, once a week, to put on the best show on the internet.

One of our most crowning achievements were acquiring large sponsorships with Amazon, Target, and HomeDepot. Our biggest success is our listeners affectionately known as fatnatics. I know that without the amazing passionate people who allow me to come into the homes, cars, and businesses these organizations wouldn’t agree to work with us.

FatGuyRadioShow stands out from the crowdedness of podcast. The initial reaction is to our show name. Every time I share with someone the name of the show, they look at me and say “you’re not that fat.” My reply is always, I have the perfect face for radio.

We’re not just another “podcast”. I have strategically designed this show to be an internet radio show and podcast. When people think podcast, they think of an uninhibited show with host spouting useless banter from their mother’s basements, garage or attics. Not to disparage podcast. When people hear internet radio show, they think formula driven, timely, prepared, professional and marketable. FatGuyRadioShow slides right down the middle. Equal parts of both. We honor the FCC guidelines for an over-the-air radio broadcast, but we can also let our hair down on our pay-per-listen subscription based bonus show AfterBurn.

There’s something for everyone on FatGuyRadioShow.

The future for FatGuyRadioShow is to grow it to a level that we’re enabled to present FatGuyRadioShow on a five day a week basis. Meaning everyone is full time on the show. When that level is reached, I would have devised a blueprint to do it again for someone else. I don’t want my pain and sacrifice to go unused or unshared, so I plan to pay it forward for the next person. The next show. It harkens back to my saying of standing in someone’s shadow until you’re able to cast your own. With FatGuyRadioShow being full time, I will be casting my own shadow for the next generation of internet radio hosts to stand in. Who am I to keep everything I’ve learned to myself? I know where the holes are in the process, so being able to guide someone around some of those holes is my future and my personal goal.

A big future goal is to move FatGuyRadioShow to its own inhabitance. We currently share a dwelling and that has its challenges and limitations. Like room mating, you just don’t want to bring all your stinky feet friends over and have them sprawled out all over the couch. FatGuyRadioShow needs a place to stretch out and be more accessible. 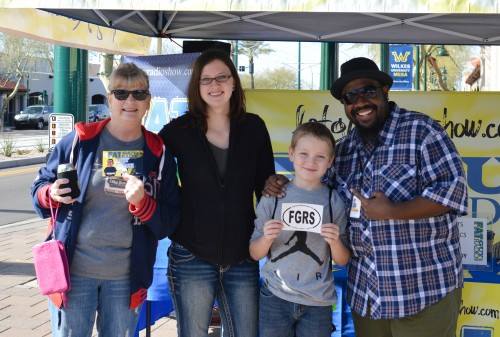 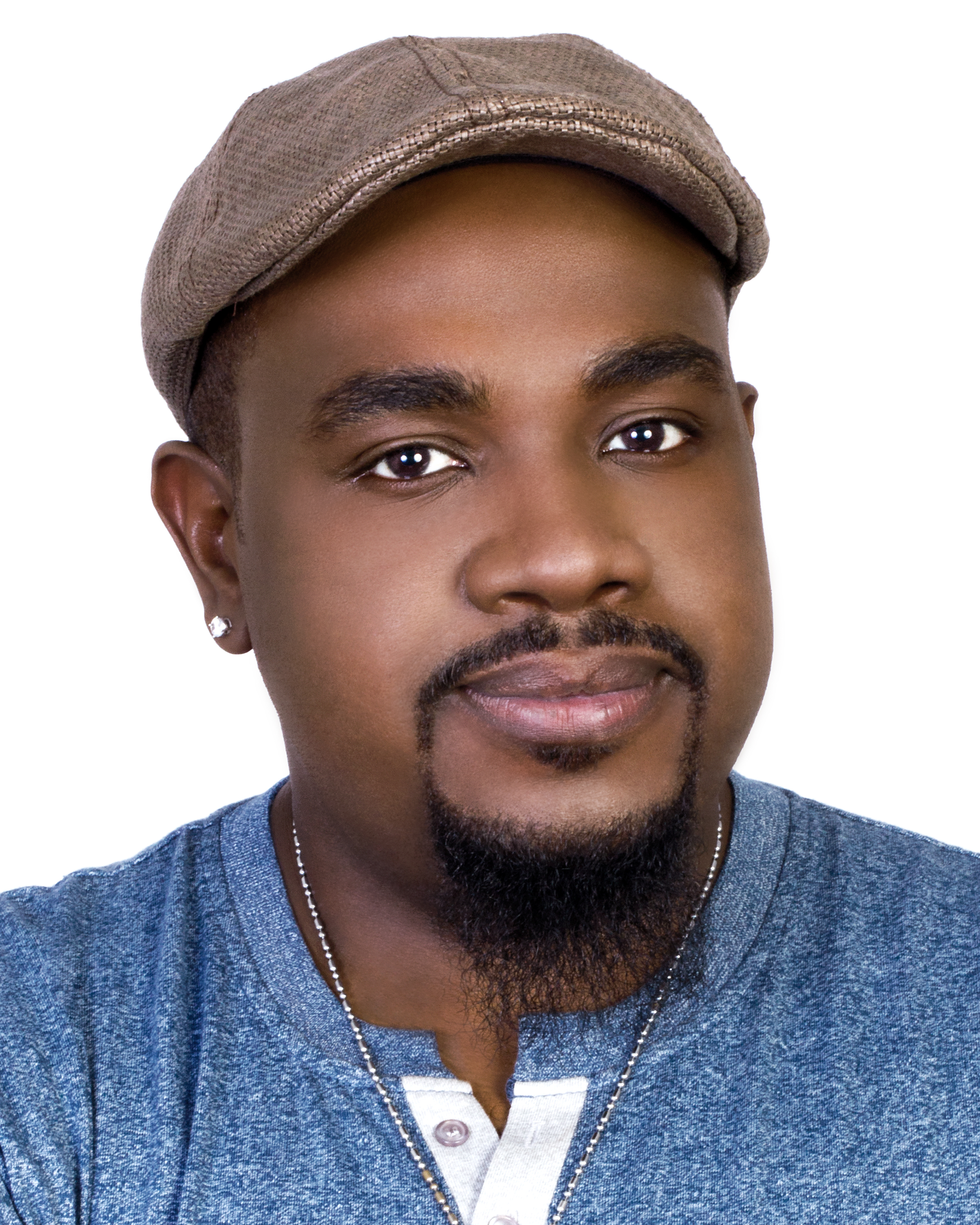 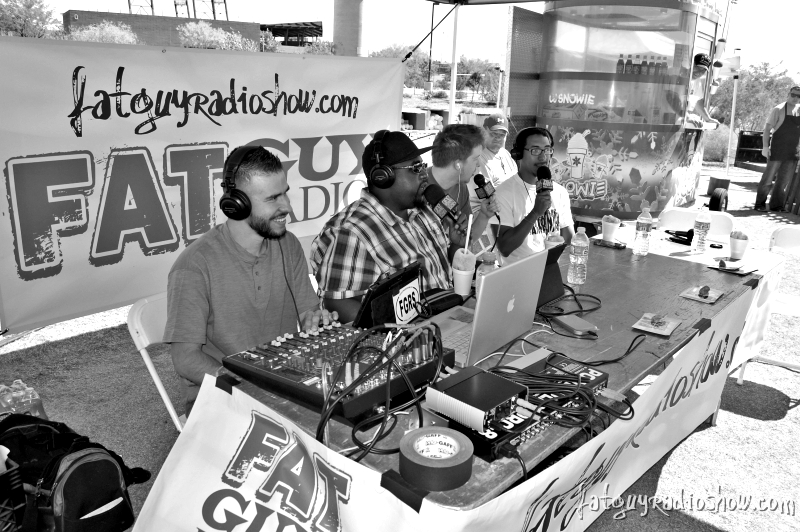 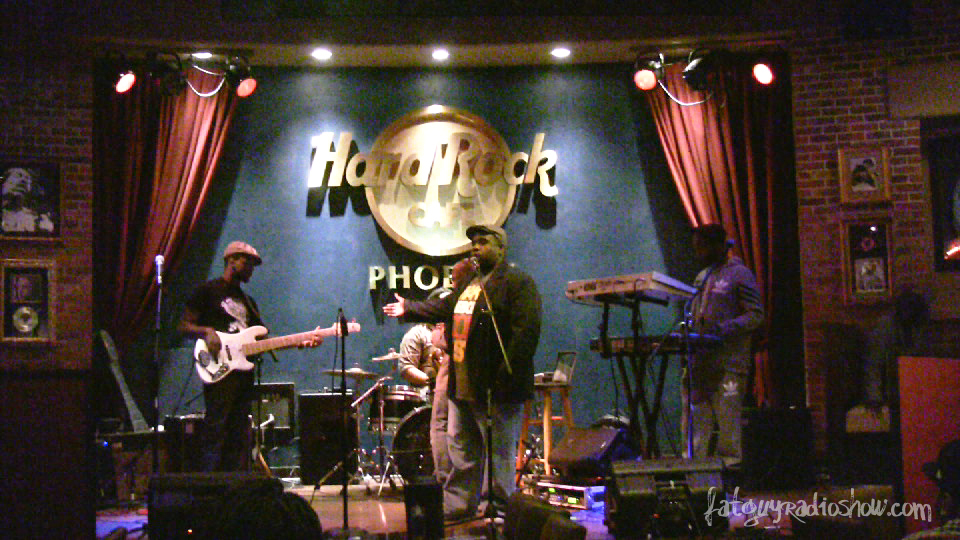 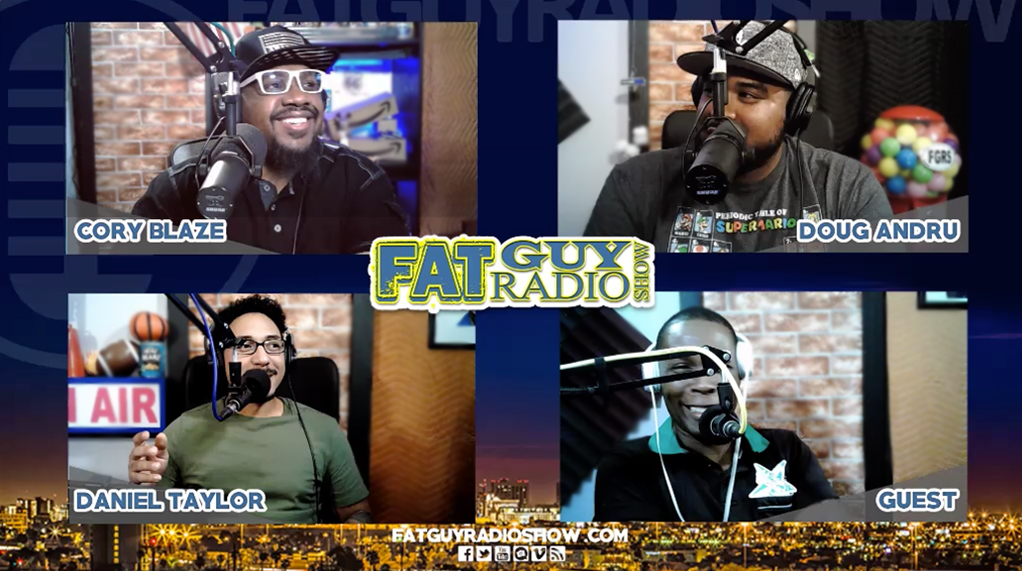 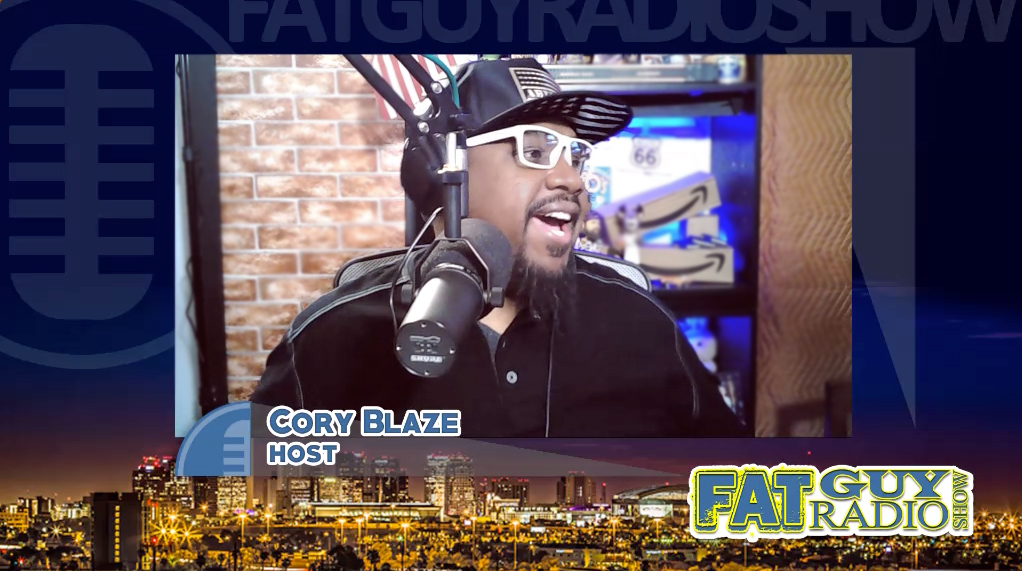 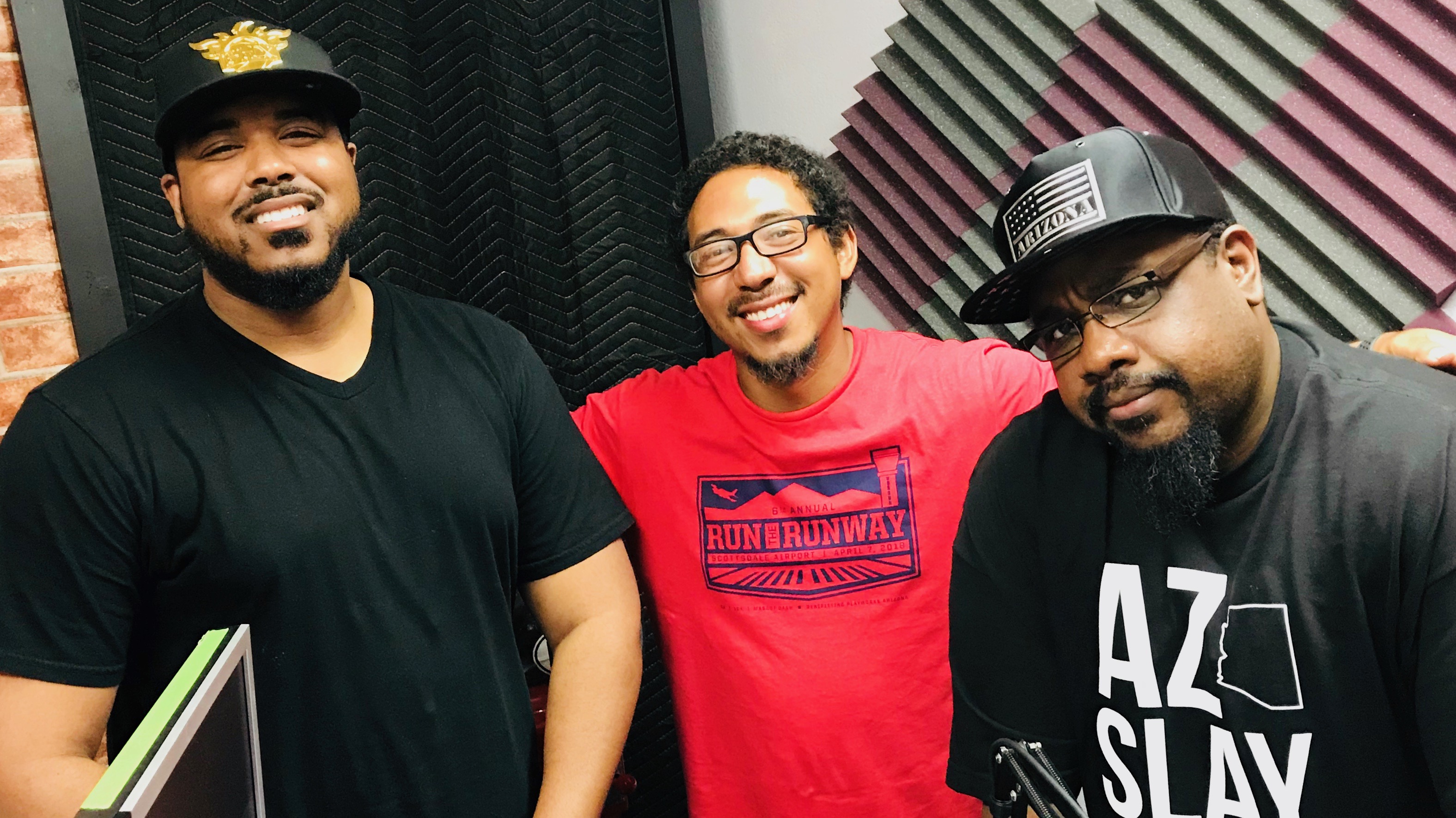