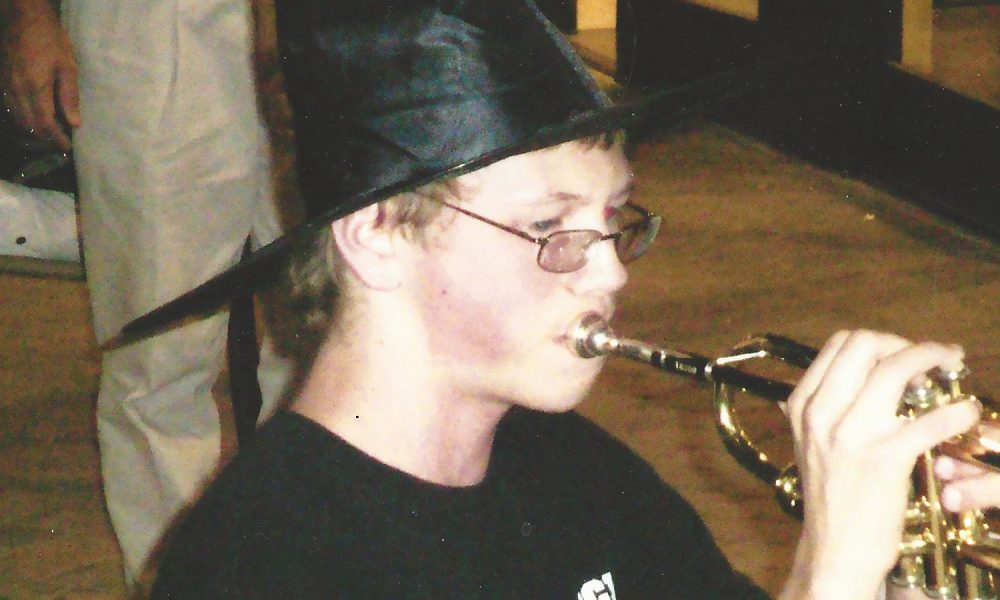 Today we’d like to introduce you to Bill Miller.

Bill, can you briefly walk us through your story – how you started and how you got to where you are today.
I should preface my answer by saying that I am both a composer and music educator by trade. I had always been attracted to music composition from an early age, but music education came to me a lot later.

My family has always been very musical; my late grandmother was an accomplished pianist/organist and composer/writer. Additionally, my mom played both the piano and flute. Consequently, I was introduced to the piano early on, but I cannot say I particularly enjoyed the instrument. Regimented lessons did not hold my interest, and for a while, I never considered music as a viable career. That all changed, however, when I was nearly eight years old.

In November 2001, I went to see “Harry Potter and the Sorcerer’s Stone” in theaters, and it was then that my outlook on music changed. I absolutely loved John Williams’ answer to the score; it embellished the film and gave it a fantastical third dimension that one would expect from a Harry Potter movie. I immediately made every attempt to learn all I could about music composition, especially as it pertained to film and television. I taught myself a good chunk of music theory and got lessons for the rest.

As years went on, I had more and more opportunities to hear my works performed. In 2012, Boulder Creek High School performed a Christmas march in Cave Creek’s Christmas parade. Later that year, Boulder Creek played my composition “Graduation and Beyond” at the graduation ceremony. ProMusica AZ then commissioned an Aesop’s fable-themed piece for one of their concerts. My first foray into film music occurred about a year or two later. My friend and fellow BCHS alum, Amy Suto, and I teamed up on a couple of her film projects. I scored the first season of her web series “Antidote 15” as well as the first season of her Emmy award-winning TV show “CON” (produced by USC). I made many valuable contacts and formed lasting friendships from those experiences, and I can’t express enough my gratitude to Amy for all her hard work and willingness to let me contribute to her artistic vision. Since then, I have taken on several larger composition jobs/commissions. My most recent project, the anime series “Chronexia and the Eight Seals”, sits at around 500,000 views on YouTube. Groups such as Grand Canyon University’s Wind Ensemble have commissioned numerous pieces from me in recent years.

From an education standpoint, I decided to take the plunge to become a music teacher in 2012. I’d been giving private lessons on trumpet for a year or so by this time, but I didn’t necessarily want to become a teacher. My experience at a ProMusica concert changed my mind. As mentioned before, ProMusica AZ performed my Aesop’s fable-themed composition in one of their concerts in 2012. After the concert had concluded, as I was up on stage congratulating the musicians on a job well done, I was approached by a young boy and his grandfather; the former had wanted to get an autograph. The kid and I started talking – he told me that he wanted to play the flute but was afraid of what his friends would think; he thought the flute was a “girl” instrument. I told him that he should play whatever interests him and that I’d teach him myself if I had to. It was then I realized that I was in a unique position to be a constructive mentor to help kids reach their goals and learn about music. I figured that if I could help students find even one iota of the passion I had for music for themselves, it would be a job well done. I never heard from that kid again, but I hope that wherever he is, I had as much of an impact on him as he had on me.

We’re always bombarded by how great it is to pursue your passion, etc – but we’ve spoken with enough people to know that it’s not always easy. Overall, would you say things have been easy for you?
I think you’ll be hard-pressed to find anyone in an artistic field who will say they’ve had an easy time of things. I’m certainly no exception to this rule. I’ve certainly had my fair share of trials and tribulations, and I’m sure there will be more. I will be a better father, a better person, and a better friend than I ever could have without these difficulties. I wouldn’t miss these obstacles for the world. If there’s anything my experiences have taught me, it would be that no matter how bleak or dark things get, always wait for what tomorrow brings. My father never had much of a work ethic (and was often a source of physical/emotional abuse), and that made things incredibly difficult. I had to become the “man of the house”, and in doing so, I learned valuable life lessons that have stuck with me.

Following my graduation from Boulder Creek High School in 2012, I was destined to attend ASU to study music education. However, an old jaw injury (related to trumpet playing) returned and prevented me from playing the trumpet. ASU in response booted me from their music program, and I spent two very unhappy years taking classes that (I only found out later) would not count towards my degree program. Transportation and financial issues further compounded my troubles. I felt like my life was going absolutely nowhere. I was exceedingly depressed. It became increasingly difficult to have any desire to do anything whatsoever – even something I was passionate about such as music.

This is why I tell people to look for what tomorrow brings. Within a year, I left ASU to pursue music education at Grand Canyon University. I met new friends and secured numerous composing jobs, both large and small. I completed my coursework and am now nearing the end of my student teaching. I made a clean break from my father once and for all. I regained the ability to play the trumpet. I have had the privilege and honor to work with spectacular students/faculty at Sandra Day O’Connor HS and Diamond Canyon School.

My struggles have made me who I am… I wouldn’t change a single one.

So let’s switch gears a bit and go into the Freelance Composer for Film and TV story. Tell us more about the business.
As a freelance composer, I don’t have what you would call a “traditional” business. My work comes in the form of commissions and score requests that I receive from teachers, producers, directors, students, and content creators from all over the world. I specialize in all genres of music, and I consistently work to create the best possible result for each and every one of my clients. As mentioned before, some of my best-known film work includes “Antidote 15”, “CON”, and “Chronexia and the Eight Seals”. Some popular concert pieces of mine include “Luther”, “Sun and the North Wind”, and “Diamante Del Sur.”

I suppose what makes me unique is that I don’t try to “sound” like anyone else. I try to forge my own path instead of being the “next” John Williams or Hans Zimmer or. I want to be the first “me.”

As an educator, I give private lessons to students of all ages in addition to my work in the school system. My teaching philosophy is one of constructive encouragement and differentiated instruction. I do not believe in applying a “cookie-cutter” approach to teaching students.

Every student is different, so why should we teach them like they are all the same? I give private lessons for trumpet, horn, trombone, tuba, piano, music theory/history, and composition.

Has luck played a meaningful role in your life and business?
I don’t believe in luck (well, outside the context of a game of Yahtzee, maybe). “Luck” is where preparation meets opportunity.

I’d love to believe that things just fall into your lap, but reality doesn’t work like that. Nor do I think a person with a rough life makes them chronically unfortunate. We all come from different backgrounds and circumstances, but they won’t make or break you unless you allow them to do so. At the end of the day, your success or failure is all on you. I’ve done a lot of good things in my career thus far, but I’ve also had my missteps.

In the face of shortcomings, dust yourself off, learn what you can, and keep moving forward. Don’t go for every possible opportunity, hoping something sticks, but be judicious when choosing what course of action, you wish to take. Celebrate the good things, and always keep a firm foot in reality.