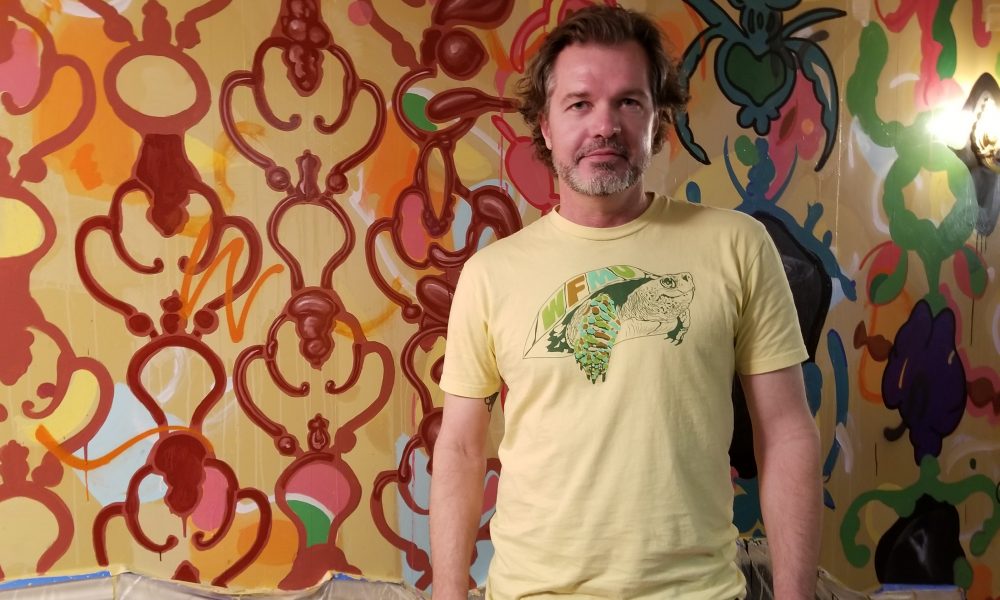 Today we’d like to introduce you to Bill Dambrova.

Bill, please share your story with us. How did you get to where you are today?
I really had no real plans going into college other than to do something leading to a job in the arts like graphic design, illustration or some other commercial art type job. My first year into community college, I took a painting class and immediately knew that I wanted to be an artist. I went on to ASU and got a degree in studio art. I still really didn’t have a plan as to what type of art I wanted to do and a studio art degree allows you to explore different types of art like sculpture, intermedia, drawing, painting, etc. After college, I was painting in my garage and working odd jobs. I wasn’t raised around art, no-one in my family is an artist and at that time, ASU didn’t teach us how to do the business side of being an artist so, I was at a loss as to how I would start a career as an artist. I decided the best way to get near art would be to work in an art museum. The only position available at the Phoenix Art Museum was Museum Guard. I applied and got the job. Within a few months, I became a Preparartor (art Installer) at The Phoenix Art Museum. I worked as an installer for about a year and a half and then got hired at The Heard Museum to do the same type of work. Within a year, I became Exhibition Designer at the Heard. After a few years there, I moved to Los Angeles where I was exhibition designer at several museums including The Getty, The Natural History Museum of Los Angeles County and The Aquarium of the Pacific. Later, I went freelance and began doing exhibit design under my own name for museums all over the country including The Carnegie Museum of Natural History, The National Zoo in D.C. and The New York Botanical Garden, among others. As it turns out not having any solid plans allowed me to accept positions and projects that I would have never even known existed. Going freelance allowed me to work about half as much making the same amount of money so I finally had time to get really serious about my painting practice. Since moving back to Phoenix in 2014, painting and public art has become my main focus and I still take on museum design projects that come along if they are interesting to me. Since I started my studio practice in 2014, I have shown work in several museums and galleries in Phoenix, Santa Fe, Las Vegas and Los Angeles. I had my first Museum Solo Show a the Torrance Art Museum in California in 2017. I’m currently designing a 6000 sq.ft. terrazzo floor for the Sky Harbor: Sky train Rental car return station based on my paintings.

Has it been a smooth road?
I feel pretty lucky that I had the foresight to go with the flow. I wouldn’t call it a smooth road because nothing was handed to me and I don’t think anything worth doing is easy. Things that maybe could be called struggles were actually blessings. For example, when the economy took a turn around 2008 I was laid off from my last full time gig. I was living in Hollywood and working remotely for a design studio in Maryland. With this company, we had a few projects that lost funding because of the recession and they couldn’t afford to keep me. Ironically, one of the museum projects I was working on (for the design studio) wouldn’t move forward unless I was going to be on the project. So, the same company that laid me off hired me as a freelancer and ended up paying me three times what they paid me as an employee. I’ve been freelancing ever since. The only real challenge now is that I don’t have a steady paycheck and haven’t for 10 years. It can be stressful during dry times, but being able to travel when I want, work whatever hours I choose and make paintings are all worth the little bit of stress.

So let’s switch gears a bit and go into the Bill Dambrova: Artist / Museum Designer story. Tell us more about the business.
Dambrova Designs provides exhibit design services for traveling and permanent exhibitions including content development, exhibition design, illustration, drawings, CAD documents including: preliminary,conceptual, final design and construction drawings, graphic design, sound/acoustic design, lighting design and Universal Access Solutions. What sets me apart from other museum design studios and even other designers is that, I’m one stop shopping. I can do everything an entire design studio can do. Usually one person does 3d work while another does graphics and then another is doing content or project management but I can integrate all of that. For example in 2015, I was exhibition designer, graphic designer, illustrator and project manager of several vendors and fabricators for a completely new 43,000 sq.ft. building all within a 6 month period. As a painter, I’m free. I do whatever I want.

How do you think the industry will change over the next decade?
Museums are learning to be relevant in this age of social media and other technologies by emphasizing their strengths as gathering places. Public programs educational workshops and themed parties in museum settings are beginning to bring in larger crowds. Places like Meow Wolf in Santa Fe are proving that interactive immersive environments that focus on play and discovery bring in incredible amounts of visitors. I believe that museums will look to artist created collectives like Meow Wolf and integrate those types of experiences into their own educational programs. Overall, I feel that the museum industry is strong and will keep adapting and moving forward in interesting and unexpected ways. 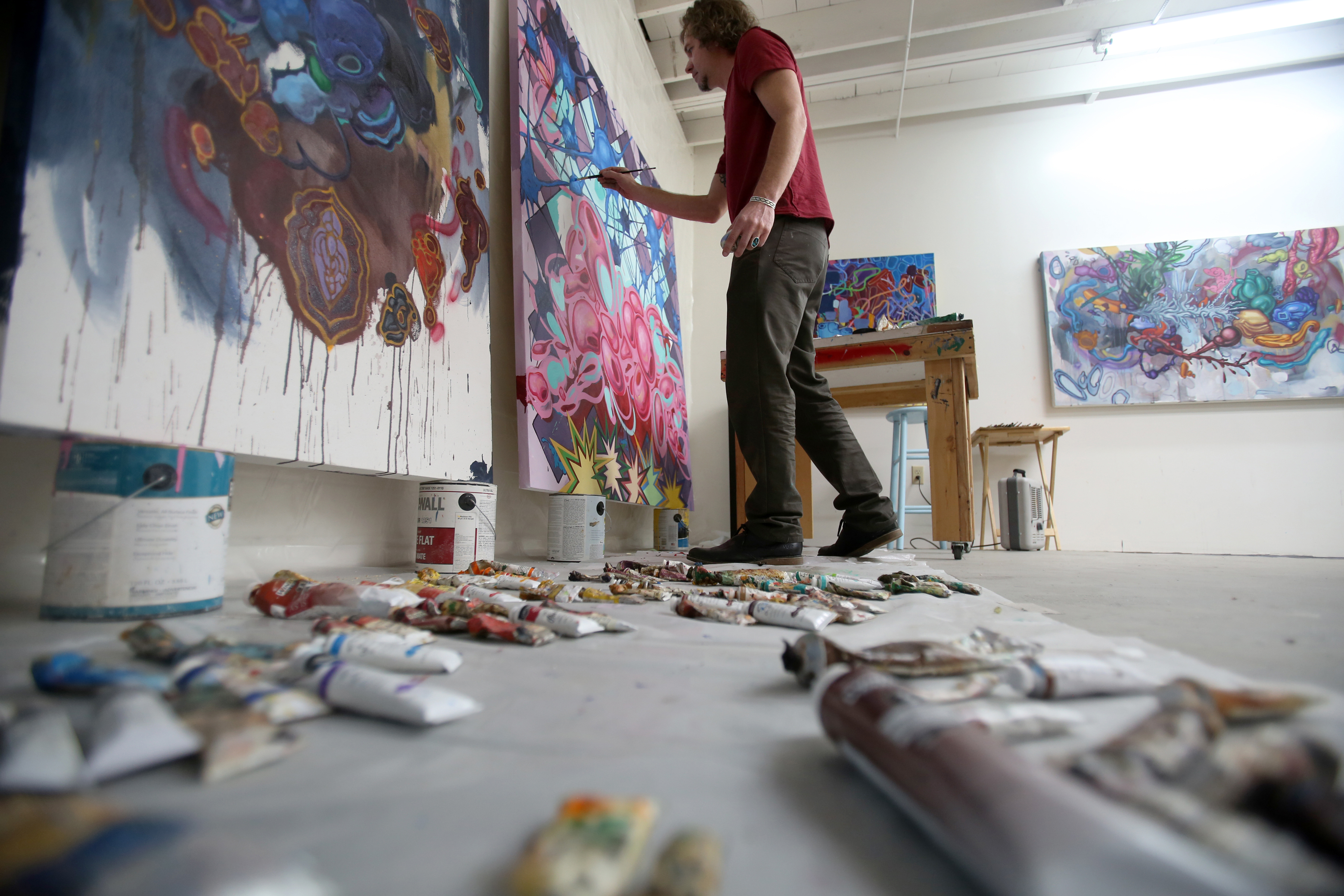 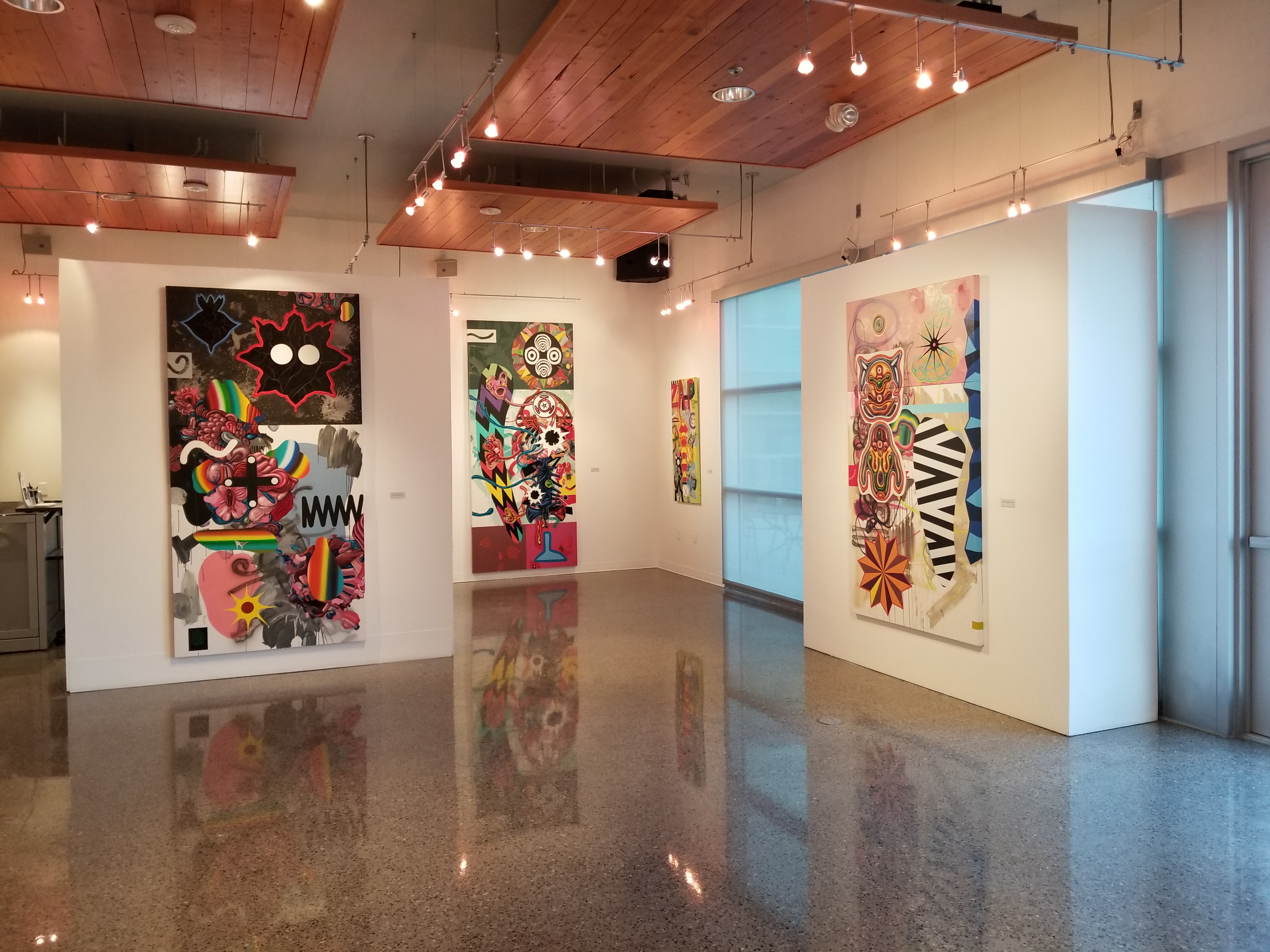 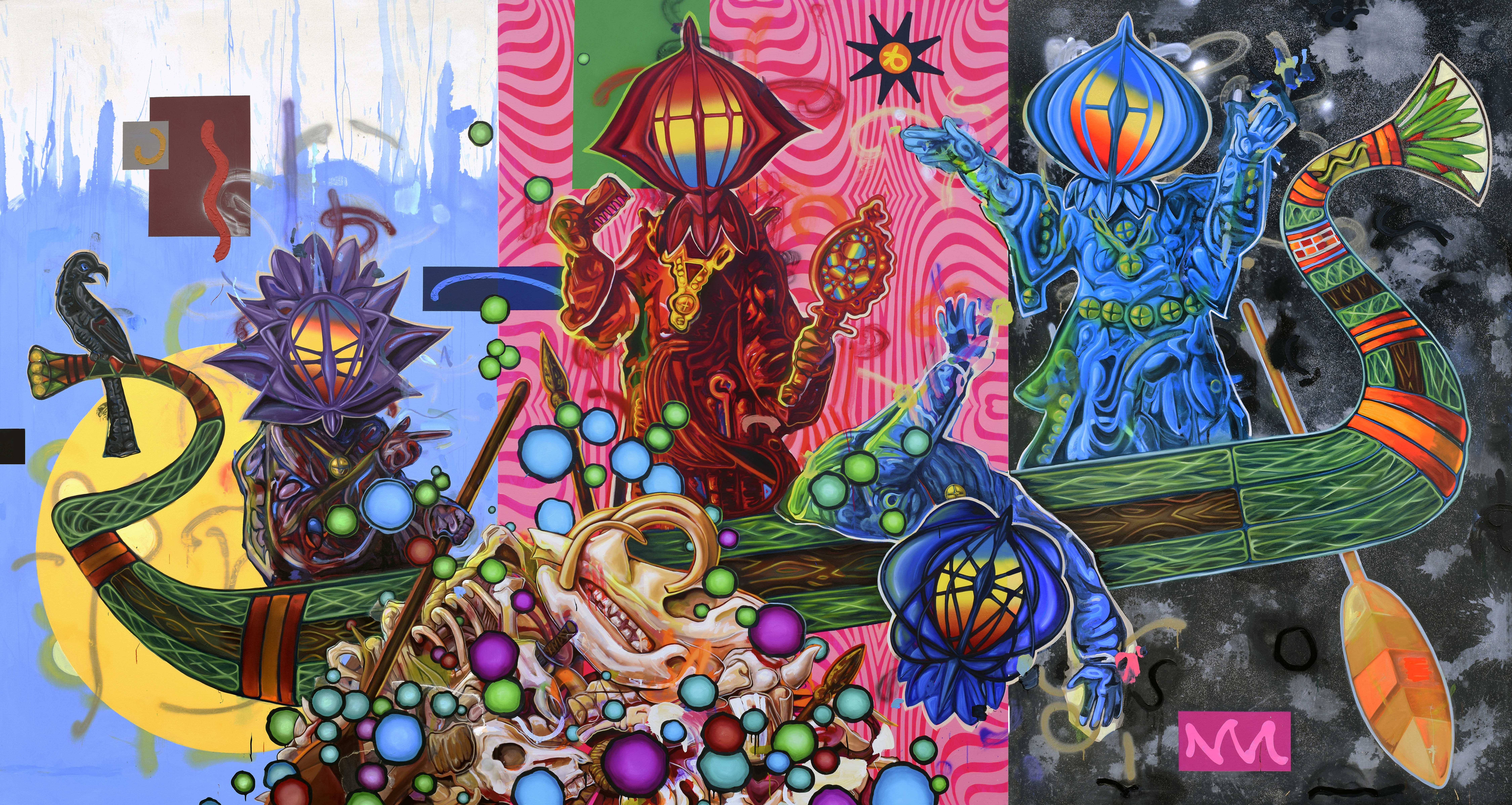 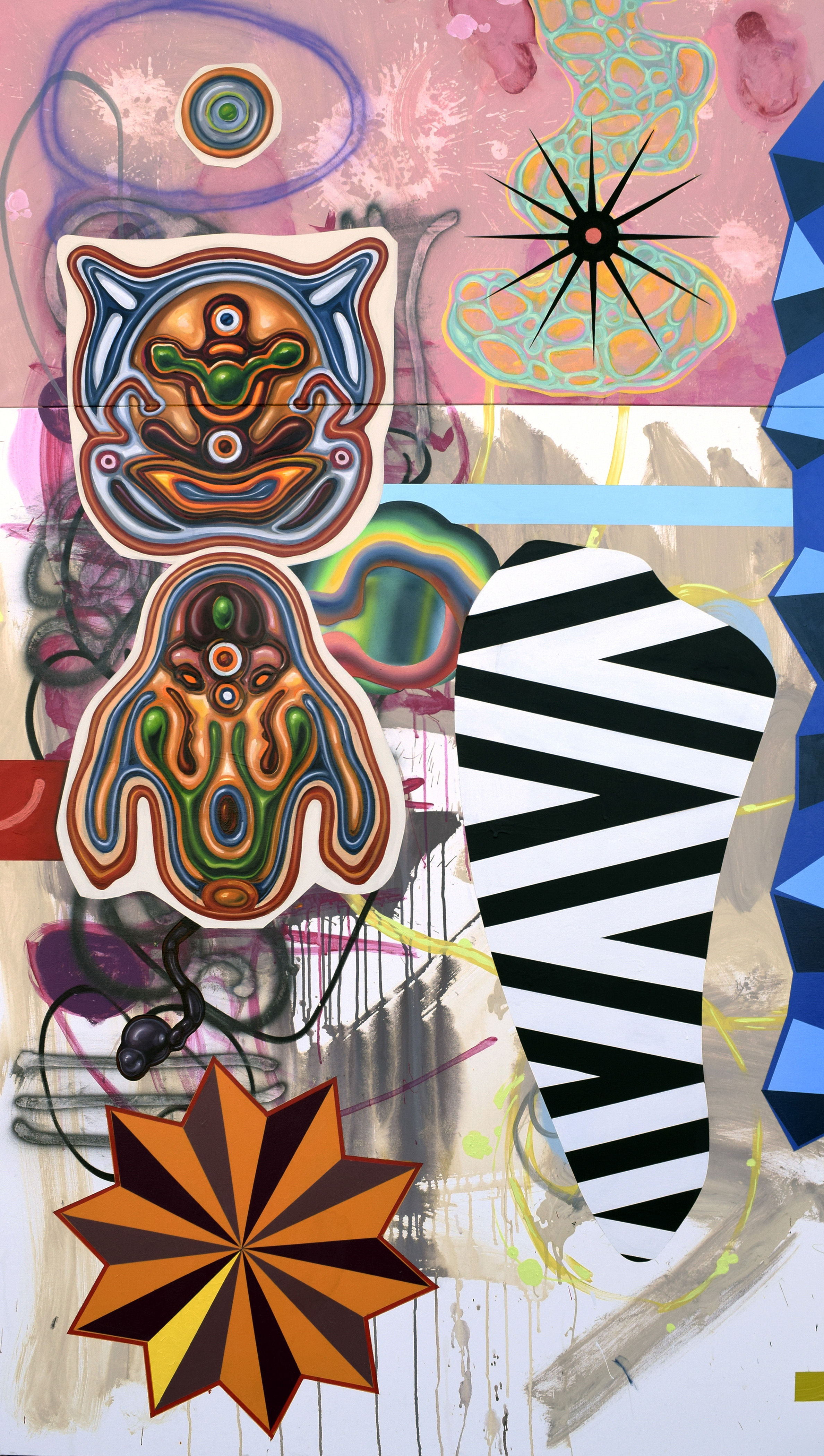 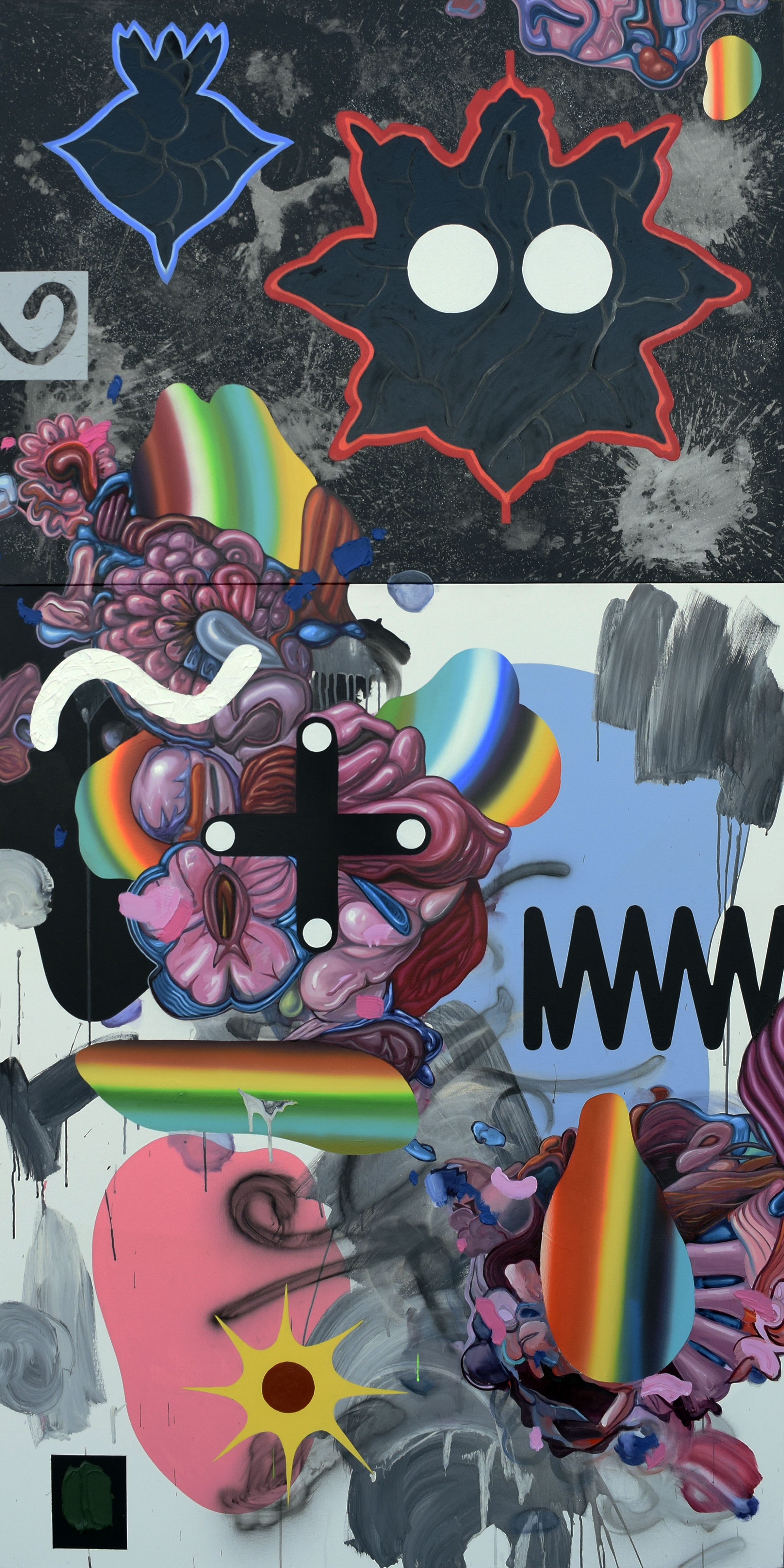