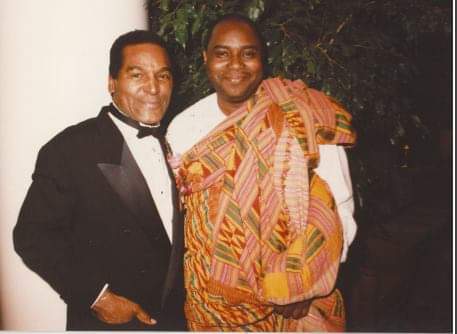 Today we’d like to introduce you to Kwevi Quaye.

Kwevi, can you briefly walk us through your story – how you started and how you got to where you are today.
It was a very elegant evening at The Biltmore Hotel in Los Angeles at the first Essence Awards in 1986. The ballroom was packed with what is now called “Black Hollywood.” Sitting to my left was Rueben Cannon, one of the premier Casting Director’s at the time with credits such as “Roots: The Next Generation” and to my left was Oprah Winfrey. Clarence O. Smith, President, and Co-Founder of ESSENCE magazine had invited me as his guest. I met Clarence a few months earlier in Palm Springs when we were paired as Tennis doubles partners, at a Health and Beauty conference, that was exclusively attended by African-American businesses. Though we only made it to the semi-finals during the tennis matches, we immediately became friends and co-founded Diaspora International, an investment and project development company in 1991.

Getting involved in fashion shows was really accidental for me. Though my grandmother was a fashion designer, I had absolutely no interest in fashion as a serious undertaking, other than my own aesthetic expression in what I wear, styling and selling outfits to my friends in College, or occasionally designing my own attire.

However, in 1994, I met former Ebony Fashion Fair commentator and VOGUE contributor Audrey Smaltz, whom I nicknamed “Madame Poisson,” because all she will eat during her vacation in Senegal, was fish. Audrey and I hit it off pleasantly at the Hotel Sofitel were my sister, Ayoko, Audrey and I were staying. I told Audrey that I would love to attend a fashion show, but she graciously let me know that these high fashion shows are by invitation only. Audrey has staffed many fashion shows from Giorgio Armani, Vera Wang, Donna Karan, Michael Kors, Kenneth Cole, Oscar de la Renta to Tommy Hilfiger and much more.

Interestingly, the next day, after my conversation with Audrey, I received a fax from Switzerland from one of my friends, enquiring if I could get a sponsor in New York for Alexandre de Betak, who is producing a show for a new African designer Lamine Kouyate with a brand Xuly Bet, based in France, that has become the darling of the industry. I called Clarence in New York, and ESSENCE became a sponsor. Audrey was pleasantly surprised when I invited her to Xuly Bet first show at Soho in New York City. The Xuly Bet brand is still going strong and Alex de Betak, over the years has produced many shows, including several Victoria Secret shows.

We’re always bombarded by how great it is to pursue your passion, etc. – but we’ve spoken with enough people to know that it’s not always easy. Overall, would you say things have been easy for you?
When we started the Diaspora Showcase Africa in 2004, the fashion show field was very small. There were not that many quality shows. So the audience base was quite robust and exciting. Today, there are fashion shows in almost every city around the world. Someone told me a year ago that there is a fashion show in the Phoenix area, just about every week. Some of the shows are really good, but I have been told that some are also not at par. Fortunately, I have only been to the good ones.

Not everyone can produce a good show. That is where some of the challenges are. Developing a theme, creating a show concept, selecting designers that fit that theme, and the whole look and feel that you want to convey pose its own challenges. With so many fashion shows these days, getting corporate sponsorship has become more challenging.

So let’s switch gears a bit and go into the Diaspora Showcase story. Tell us more about the business.
The uniqueness of Diaspora Showcase Africa is based on the integration of various art form into 3 hours of entertainment, that is thematic. Unlike many shows that simply feature African Fashion, what I did in 2004 was to use elements of the African art form to tell a story. “The Princess and The Porcupine,” is one of those stories, but it unfolded on the catwalk, as a fashion drama.

Because of my deep interest in the classics, I experimented with Vivaldi’s “Four Seasons,” by introducing new arrangements using the “African Talking Drum,” as part of the Baroque composition. That was never done before. And for the past 15 years, I have been developing new acoustic arrangements for the songs of Miriam Makeba, the iconic South African artist. This will be performed at our show this year by Elton John’s legendary guitarist, Caleb Quaye on guitar, Arouna Diarra on Kora and Yacouba Traore on Ngoni.

The success of Diaspora Showcase is due to some extremely talented artists, designers, culinary artists, and our production team. I am especially grateful to all of them.

So, what should we be on the lookout for, what’s next in store for you?
Diaspora Showcase has had local following for many years. We have over 1,000 stunning photos from the show and about 200 hours of footage. My colleagues and I have started editing some of the footage to produce a series because each of our show is thematic. From “The Princess and The Porcupine” to “The Wedding” and “Strings and Harmony’ or “Jazz In Fashion,” each of our show has its own distinct character. It is really made for television.

The next Diaspora Showcase Africa is on October 5 at FABRIC in Tempe. Featured designers are Else Hardjopawiro, Maria K Adeeko, Kwame Koranteng, Mafi, and Segun Gele. 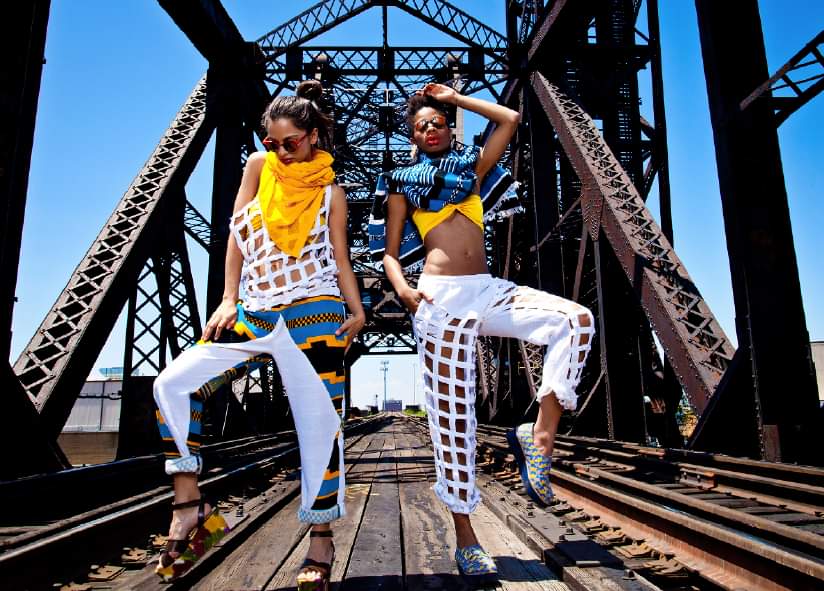 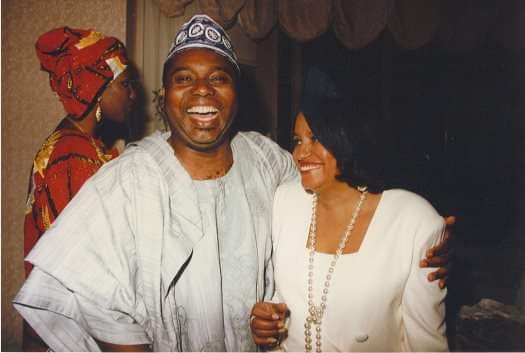 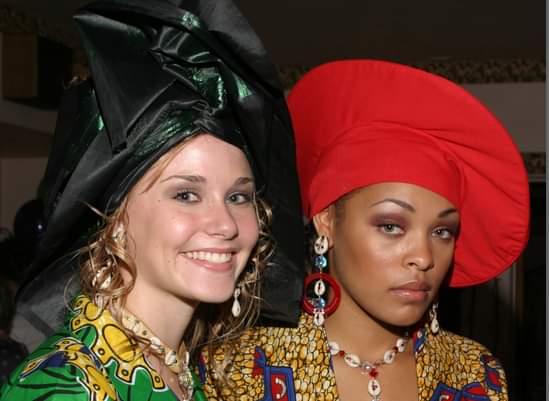 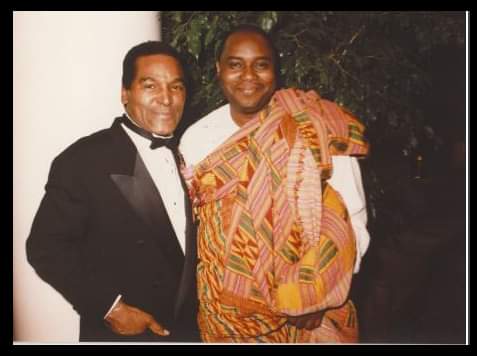 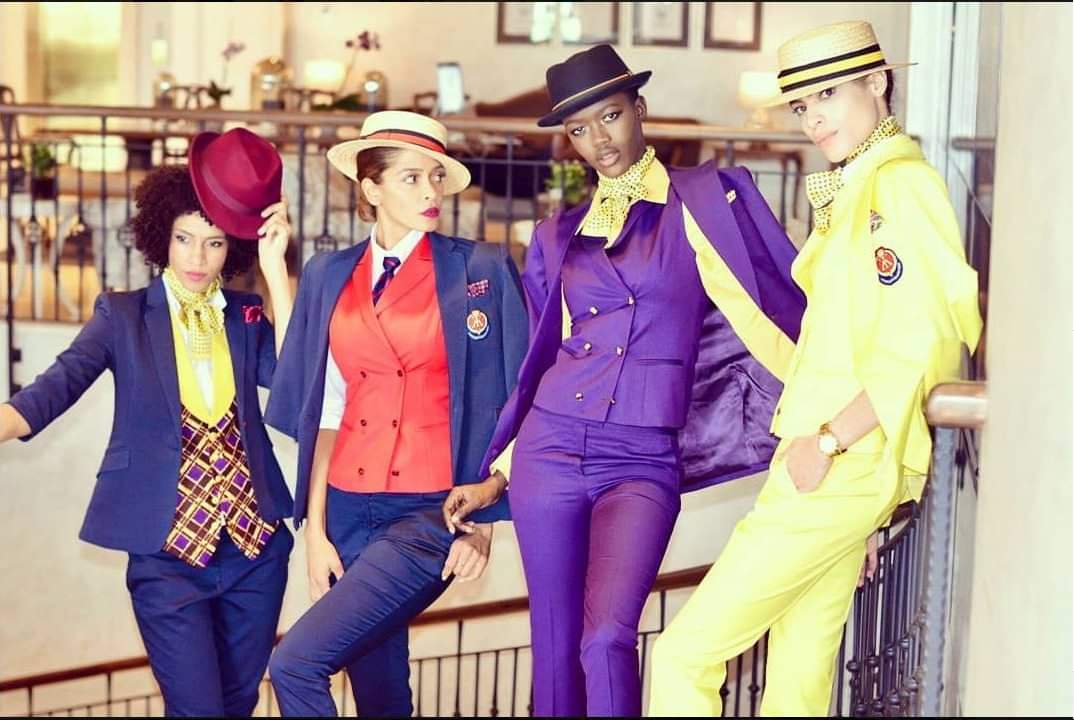 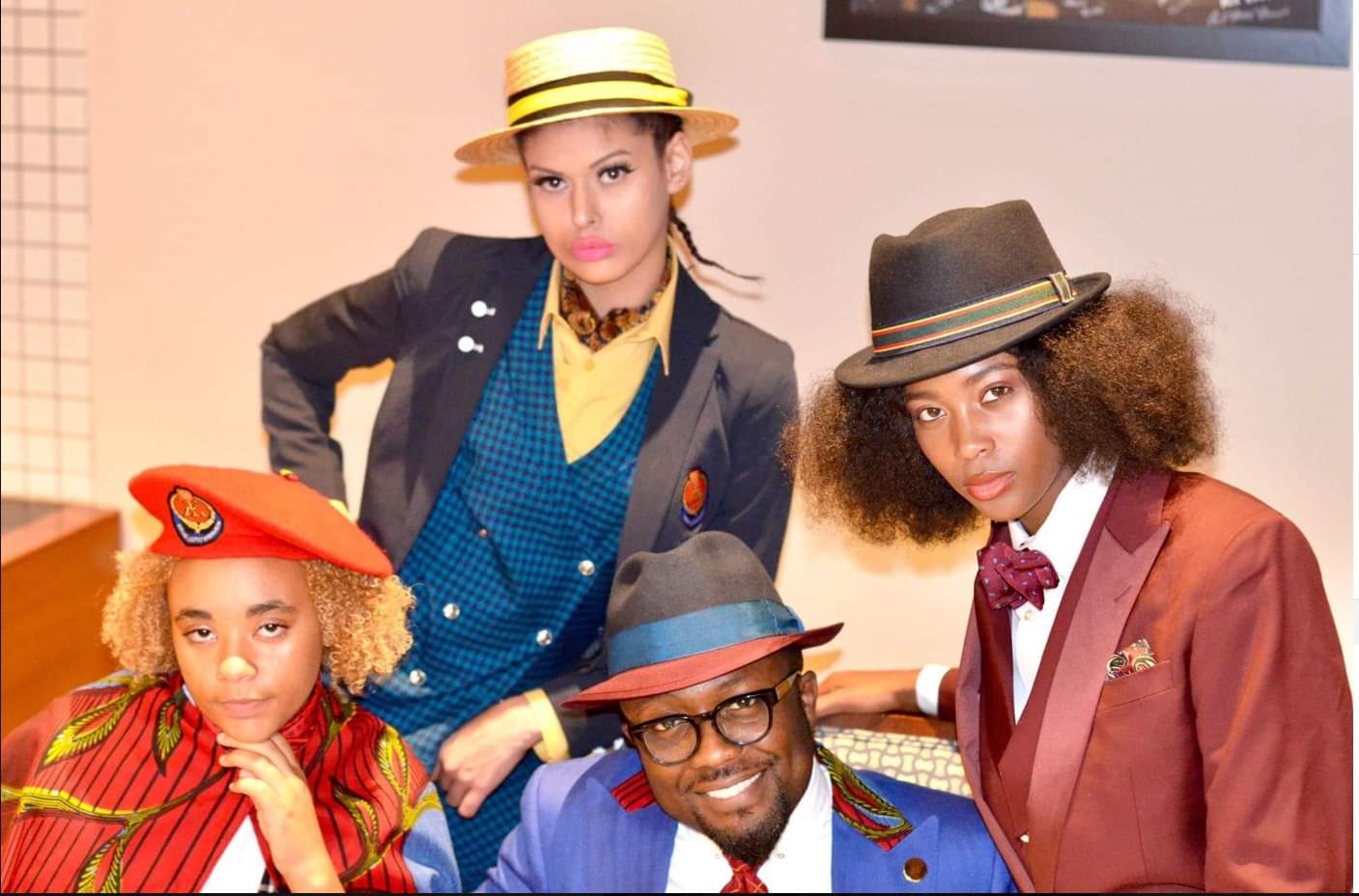 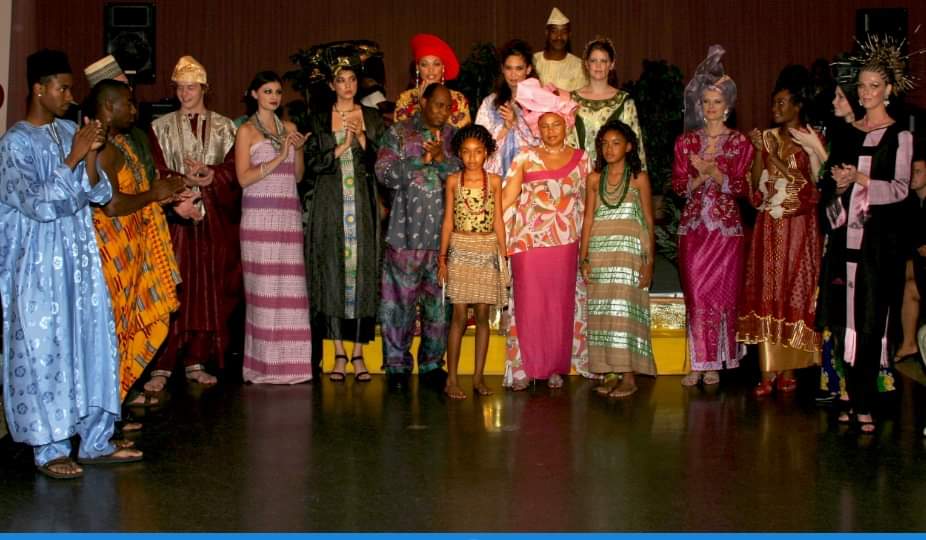 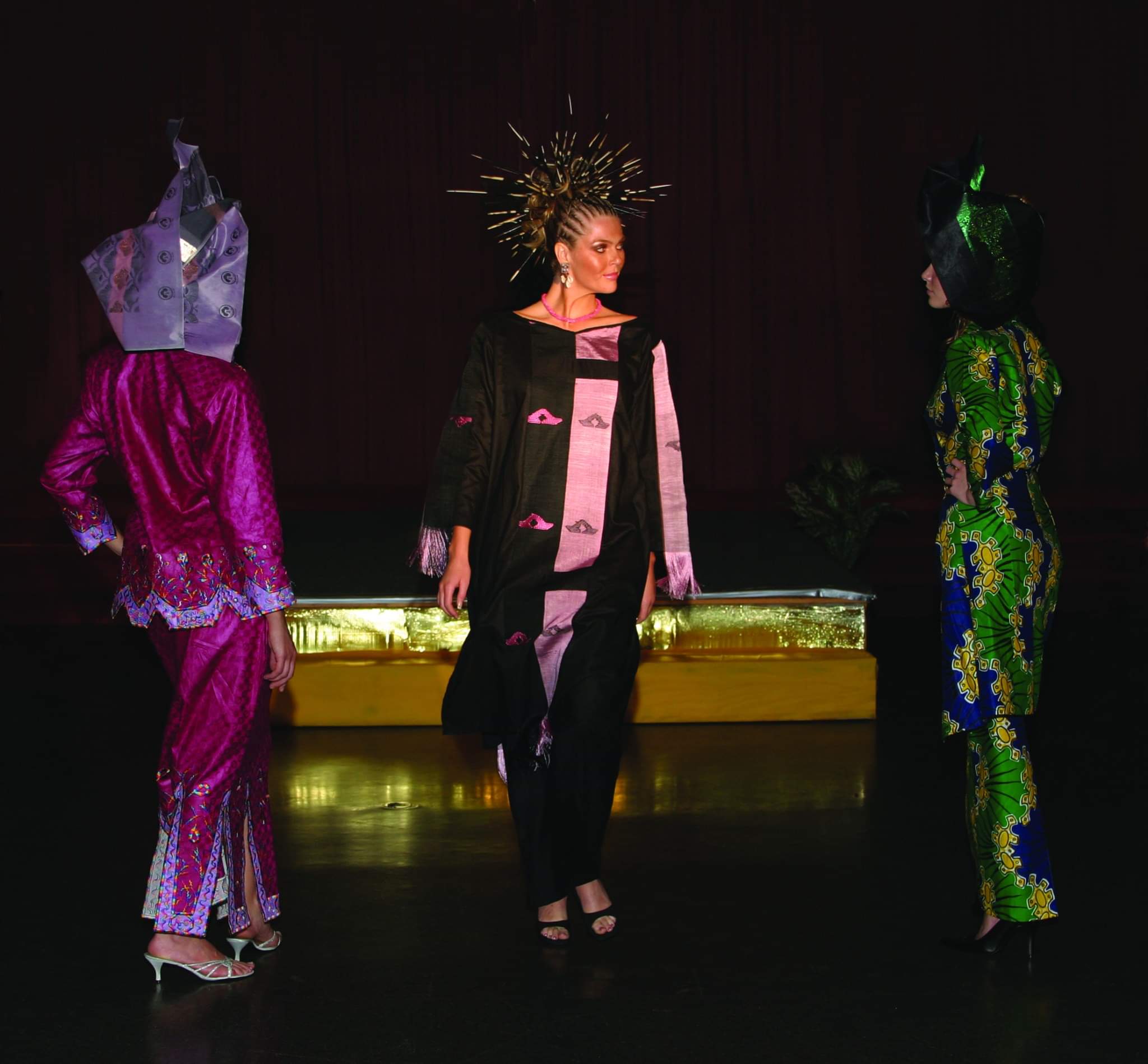