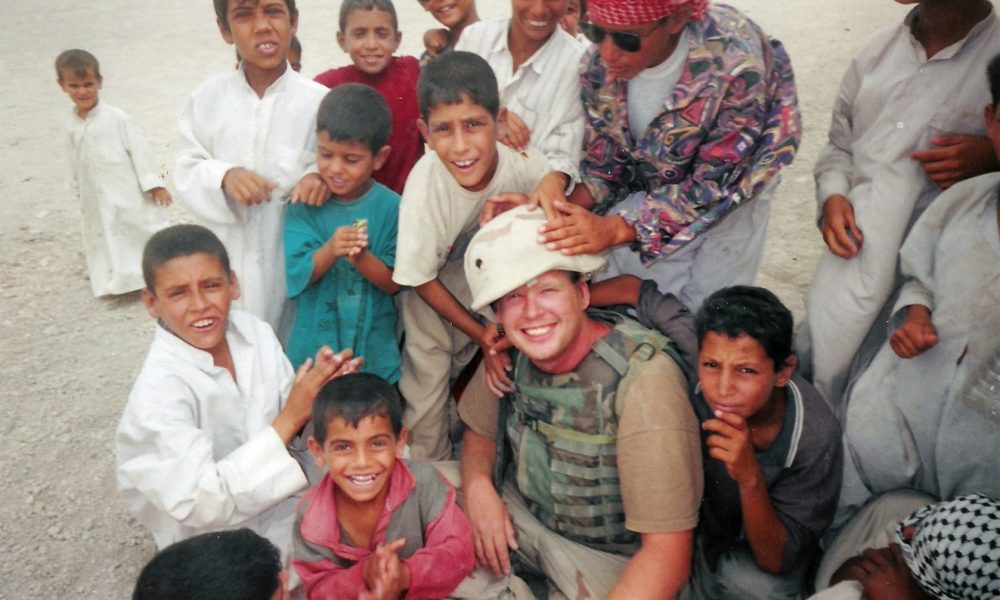 Today we’d like to introduce you to Jason Moon.

About the founder: Warrior Songs was founded by Jason Moon, singer/songwriter and Iraq War veteran. Jason served in Iraq in 2003 and 2004 as a General Construction Equipment Operator in a combat engineer battalion. He was honorably discharged from the Wisconsin Army National Guard in August 2004.

After returning home, Jason struggled with the challenge of reintegrating into civilian life. Prior to his deployment he had been a singer/songwriter, but, overcome with strong emotions about his combat experience, Jason was unable to finish a single song.

Jason became plagued with insomnia, depression, hyper-vigilance, nightmares, and numerous other symptoms. Troubled by the changes in himself, Jason sought treatment and was diagnosed with PTSD.

His road to healing was extremely difficult, culminating in hospitalization after a failed suicide attempt in 2008. After being released from the hospital, Jason vowed to no longer allow PTSD to control his life. He took a more vigorous approach in his healing and began connecting with other veterans who struggled with similar challenges.

In 2009, Jason was interviewed for the feature film documentary “On the Bridge” and was asked to record an original song for the credits roll. The experience energized him to begin to write music in earnest again and led to the release in 2010 of his albums “Trying to Find My Way Home”, which chronicles Jason’s journey in overcoming the difficulties of living with PTSD.

Jason toured the country over the next year, meeting a huge number of veterans who testified to the power and positive effect of his music in their own journey to recovery. He learned he had the ability to turn his pain and struggles into something they could relate to – music.

Believing that other veterans could benefit from the cathartic process of creating music, Jason took steps to form Warrior Songs, a non-profit organization bringing hope and healing to veterans through music!

About Warrior Songs: Warrior Songs Inc. is a non-profit organization which brings hope and healing to veterans through music and the creative arts. Through a variety of programs, Warrior Songs uses the arts to assist veterans and civilians to better understand the war experience.

Our mission is to transform buried experiences and feelings into art that entertains as it educates, motivates, and inspires. We believe that helping those who have experienced war to express their struggles deepen their self-awareness and leads to a more purposeful existence.

Processing chaos into stories and setting these stories to music, or expressing them through other media, fosters communication and helps bridge the gap that often exists between veterans and their loved ones, and between civilians and veterans. Since war is destructive by its nature, over time it may diminish the natural human instinct to create and even interfere with the ability to experience hope and joy. Helping veterans to turn the destructive force of war into something meaningful and beautiful allows them to reclaim hope and joy as important forces in their lives.

The arts’ therapeutic benefits are widely acknowledged by therapists and physicians around the world. In the United States, the Department of Veterans Affairs is aware of the progress and recovery that is able to be made through the creative arts and annually hosts the National Veterans Creative Arts Festival to celebrate healing through art.

About our work in Scottsdale. November 20 – 24, 2019 we held a four-day intensive creative arts retreat for Women Veterans who survived MST (Military Sexual Trauma). The retreat was held at Franciscan Renewal Center, Scottsdale, AZ. The greater Phoenix Area came together in a massive fundraising effort to make the retreat completely free of charge to 16 women veterans.

From our “Retreat Report”: Thirteen Women veterans who survived military sexual as- sault participated in the November 2019 retreat. They represent- ed the Army, Air Force, Marines, and Navy. The veterans had served in Iraq, Afghanistan, Panama, Vietnam, and military bases around the world. Their ages ranged from 38 – 70, and combined, they provided a total of 84 years of military service. There were six facilitators staffing the retreat, four of whom were veterans.

One was a combat veteran. Two of the veteran staff were MST survivors, while one of the civilian staff was a sexual assault survivor. The two civilian facilitators were both retired therapists. Six of the veterans were from Arizona. The other seven were from Ohio x2, Florida, Maryland, New Hampshire, Texas, and Wisconsin.

The next retreat for Women Veterans who have survived MST was postponed due to Covid. It is now schedule for February 23 to 27th; the public is welcome to attend a final art show on Saturday, February 26, 6pm at the Franciscan Renewal Center, Scottsdale, AZ.

Overall, has it been relatively smooth? If not, what were some of the struggles along the way?
In the beginning, it was very difficult. I was struggling with my own PTSD while trying to assist others. I was constantly pushing myself to raise more money or spend more time on the road trying to reach at-risk veterans. It’s hard to rest when your work is saving lives. In 2013 i lost a veteran to suicide. Donations were low and I did not have the funds available to travel to him as long-distance intervention was not working. It caused a PTSD relapse and I needed to take an extended leave of absence. Feeling responsible, I almost quit the work forever. The event forced me to drop the military, “drive on at all costs” approach and dive further into my healing. We now have a wonderful board of directors with engaged members who support my work which prevents burn out. We also have a deep roster of volunteers and allied organizations who we work with regularly.

Warrior Songs Inc – what should we know? What do you guys do best? What sets you apart from the competition?
What sets us apart is our motto, “Veteran first, veteran always.” Everything we do is for the benefit and healing of the veterans. Everything we offer is free to the veterans. We never ask or implore them to be in “fundraising” photos. If you force a veteran to take a picture of the free service or product you provided them, it ceases to be a gift and instead becomes a transaction. We believe Veterans have already paid everything they should have to pay. We’ve walked away from large donations because they had strings attached that would require things from the veterans we serve. Veterans know this and they trust us because of this.

We are also known for creating the first ever in the history of modern music compilation CD of Women Veterans stories turned into songs. This ground breaking CD has already won the 2019 Wisconsin Area Music Award – Album of the Year, as well as the 2019 Native American Music Awards – Pop Song of The Year. We are known for preventing 34 suicides and for our themed biennial compilation CD’s of veterans first hand experiences turned into songs. Currently we are working on a CD of Vietnam Era Veterans called “The Last Thing We Ever Do: Warrior Songs Vol. 3” (Summer 2021).

Any shoutouts? Who else deserves credit in this story – who has played a meaningful role?
There are two people who have played a huge role in our success here in the Phoenix area, Ellicia Romo of NEXA Mortgage served as our lead fundraiser for the reteat. I challenged her to raise half of the $25,000 required to offer our all-inclusive four-day MST retreat completely free to the veterans. She wound up raising over 80% of the funds we needed. We now have 25% of the funds we need for our 2022 MST retreat. As this was our first all Women Veteran MST survivor retreat, it was so wonderful to be able to focus on building the curriculum and the retreat staff, and not have to focus on fundraising. She really went above and beyond creating three major successful fundraisers. We look forward to her leadership fundraising for our February 2022 MST retreat secluded for Franciscan Renewal Center, Scottsdale, AZ.

The other amazing Phoenix volunteer was veteran Jessica Morel, owner of Tri Freedom Real Estate Partners. Jessica was able to secure full travel grants for three of our out of town veterans through a program created by VARep called Stop, Drop, and Push. That’s the push-up challenge that goes around social media every year. This reduced the amount we needed to fundraiser for travel substantially. Jessica and her family hosted our first fundraiser at their home in their Mesa, Arizona 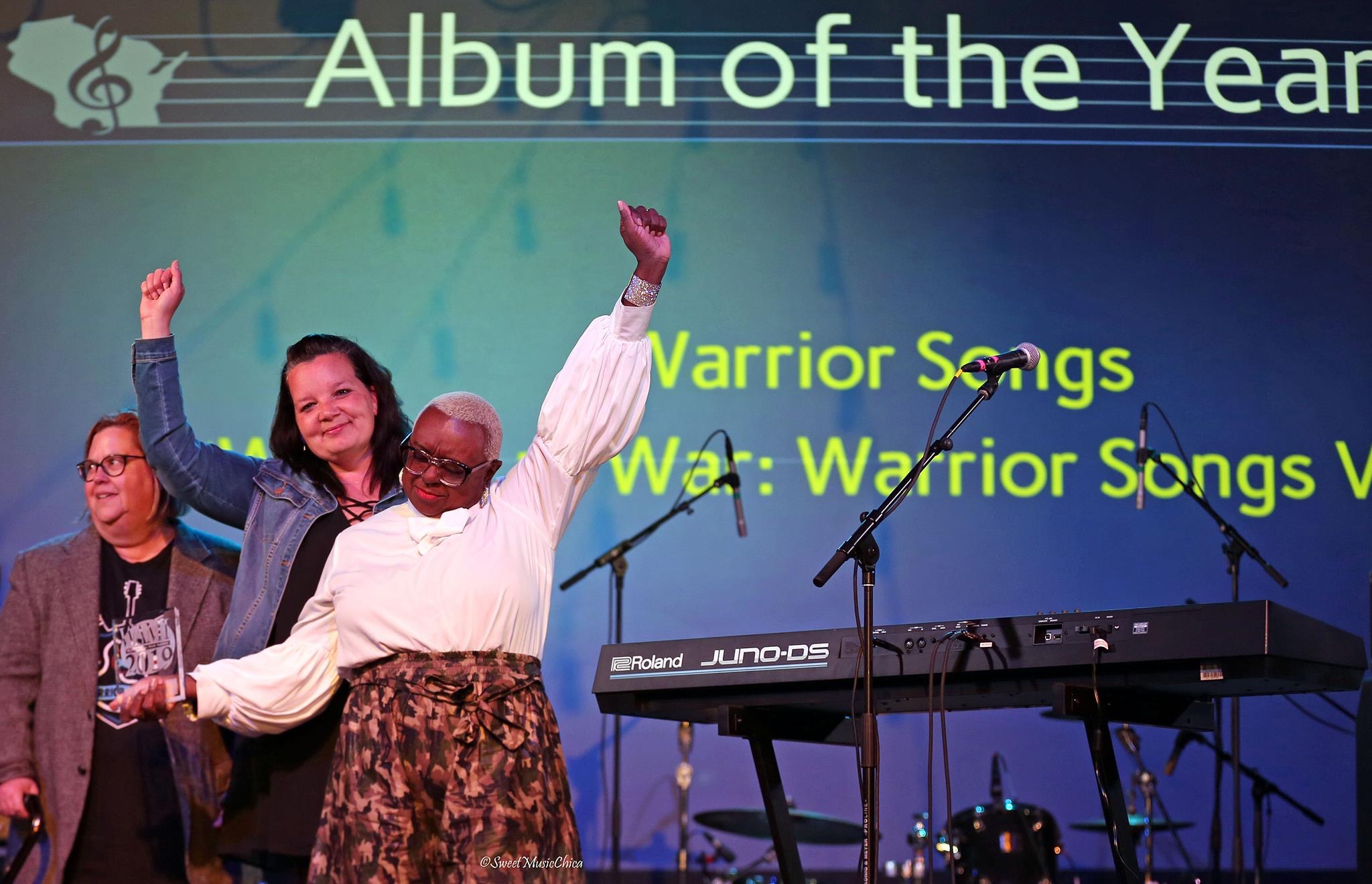 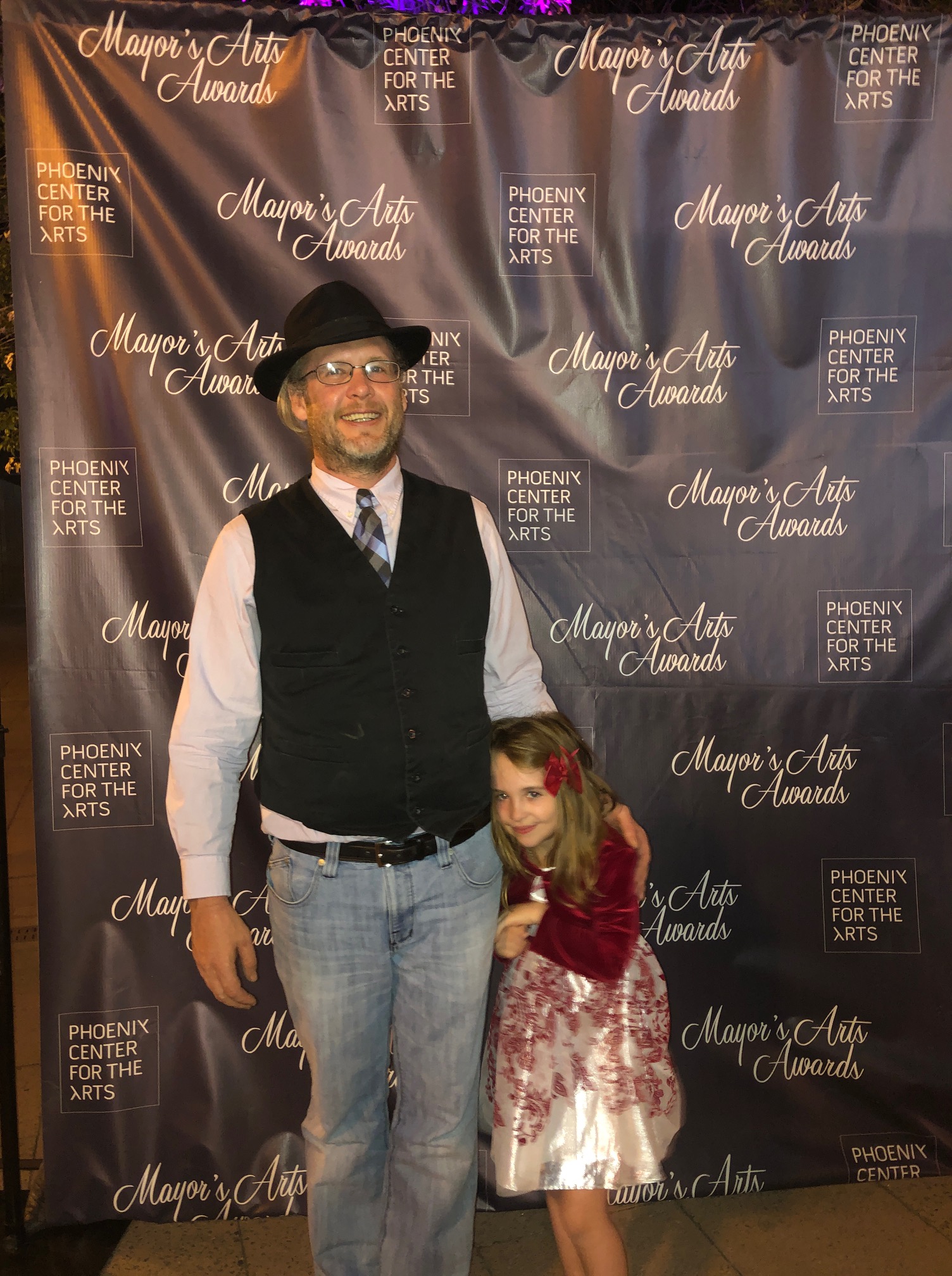 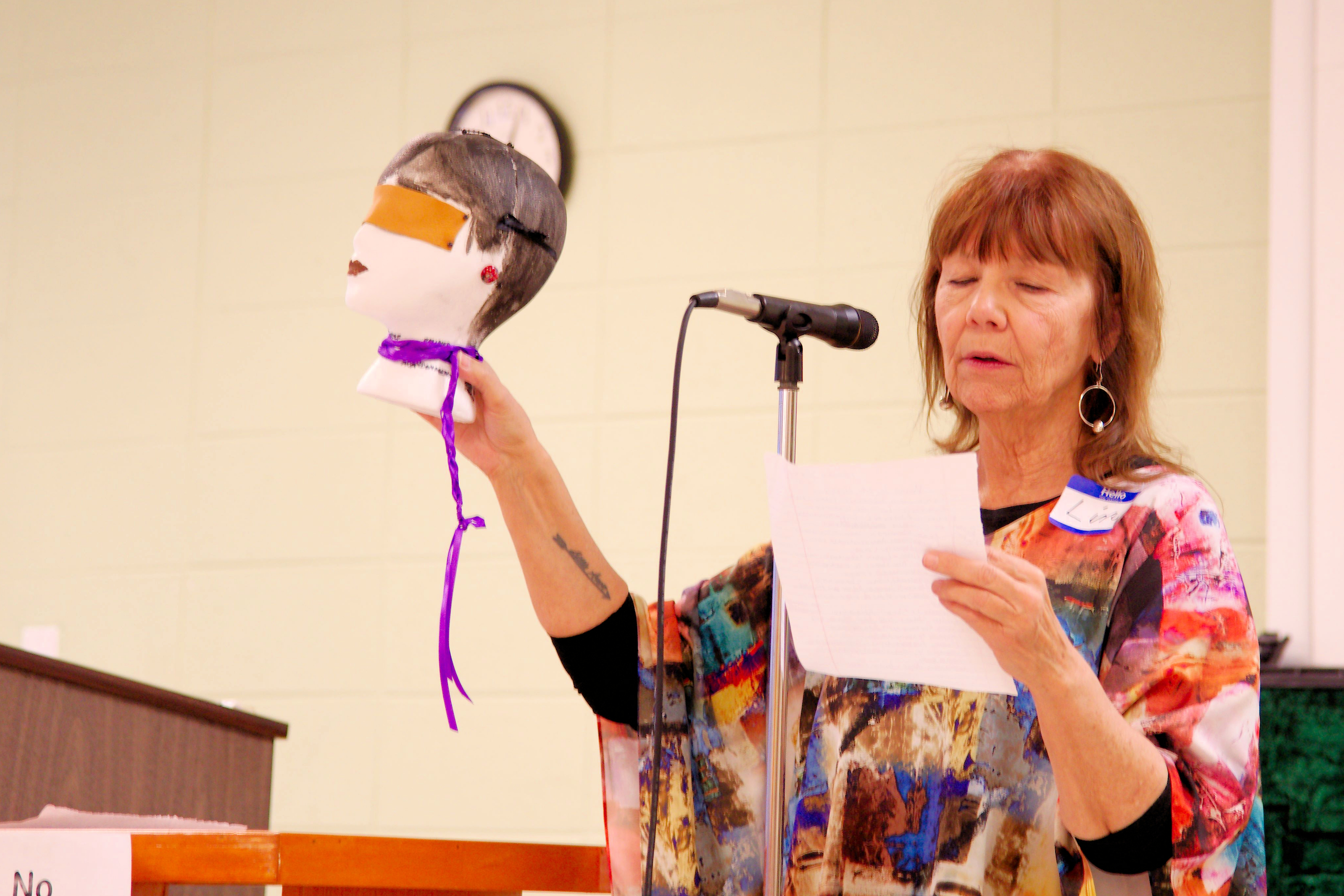 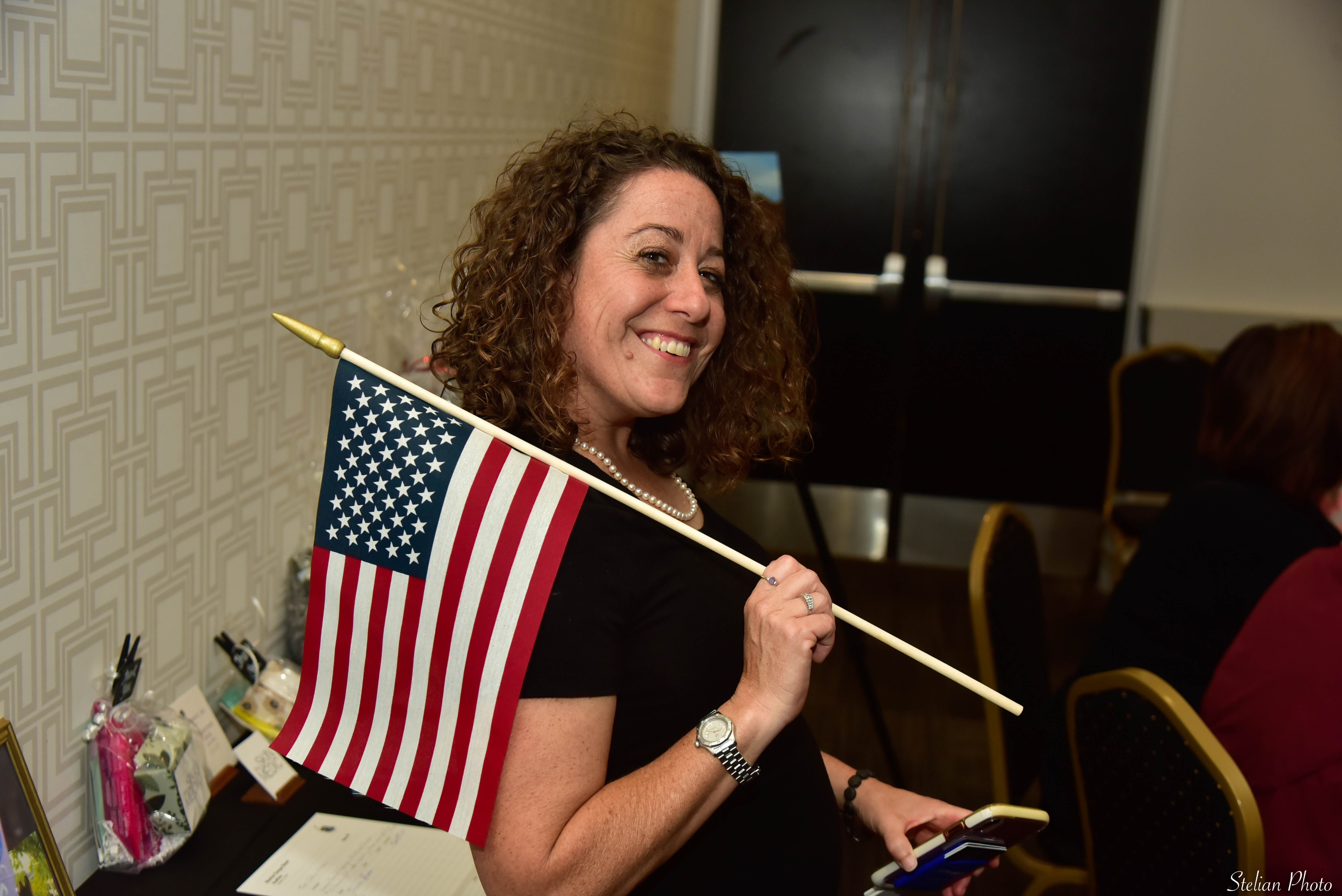 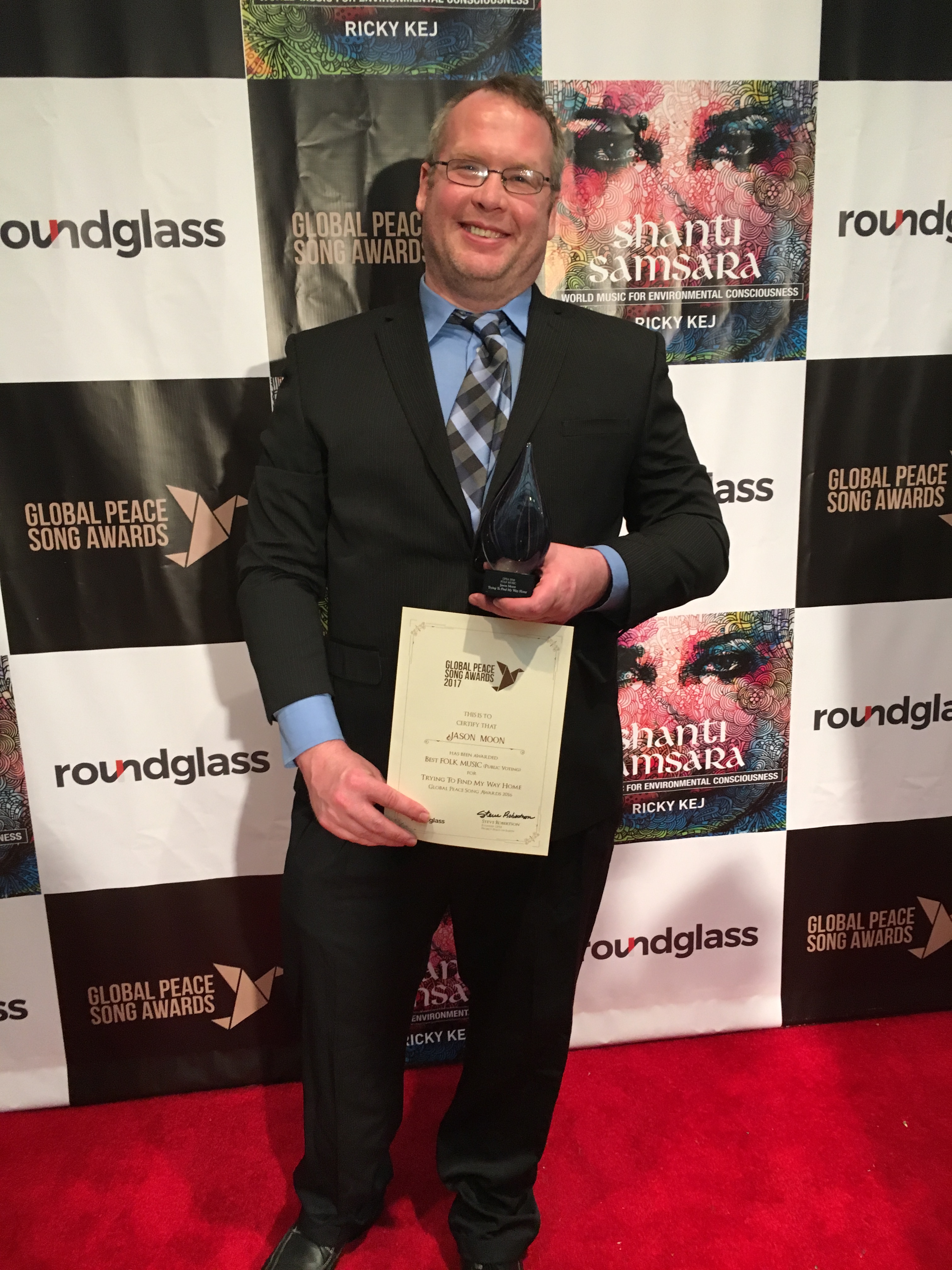 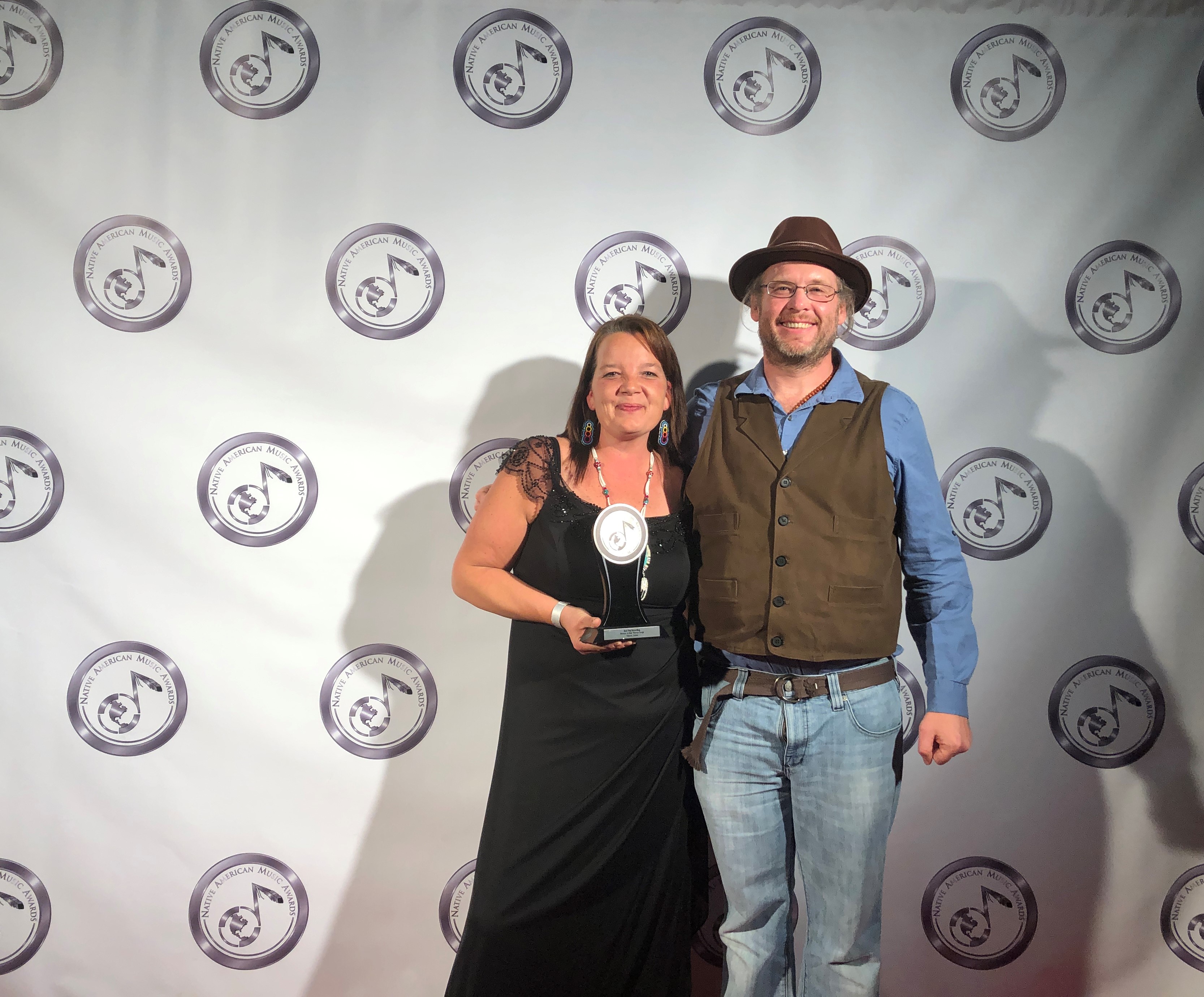 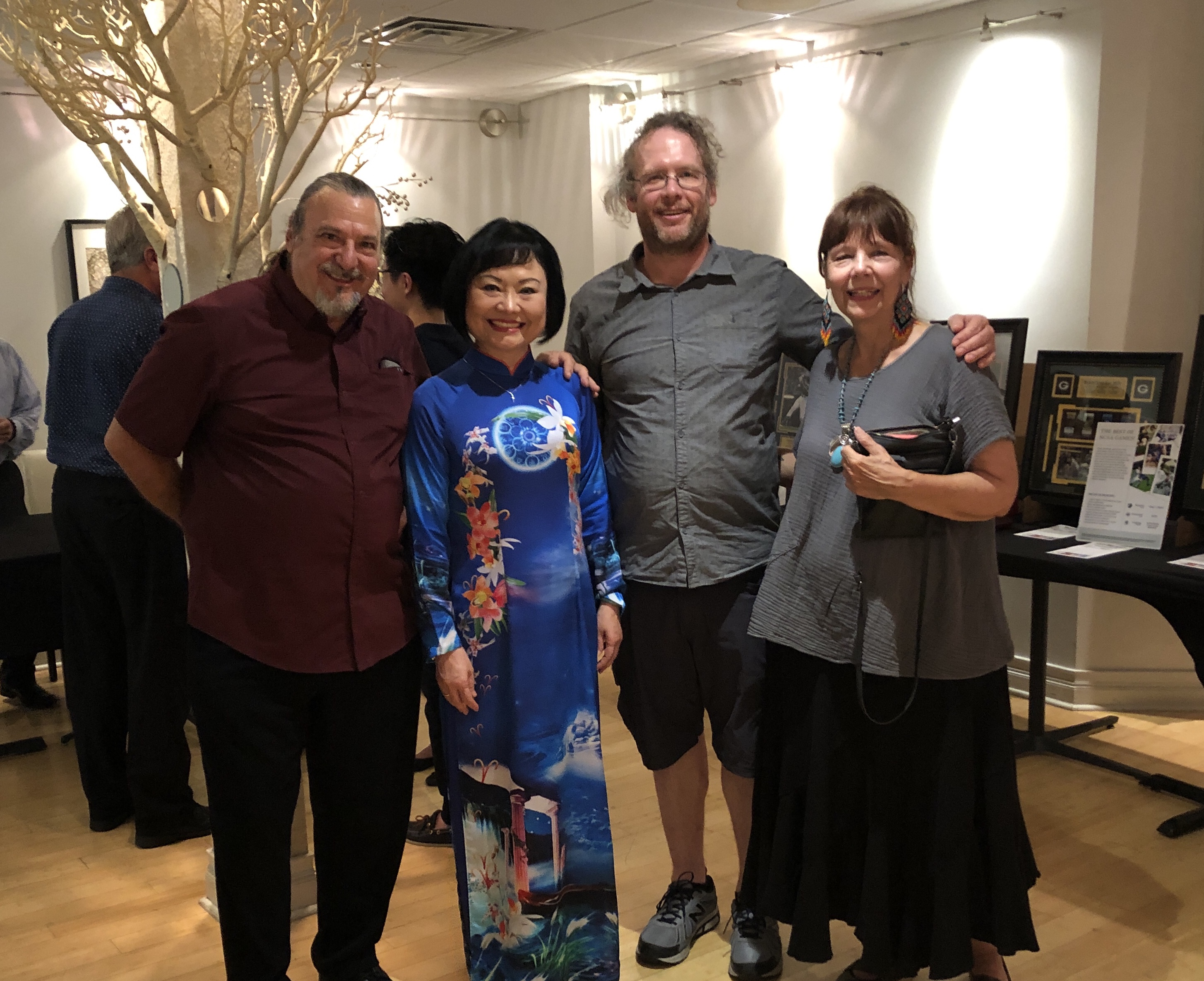