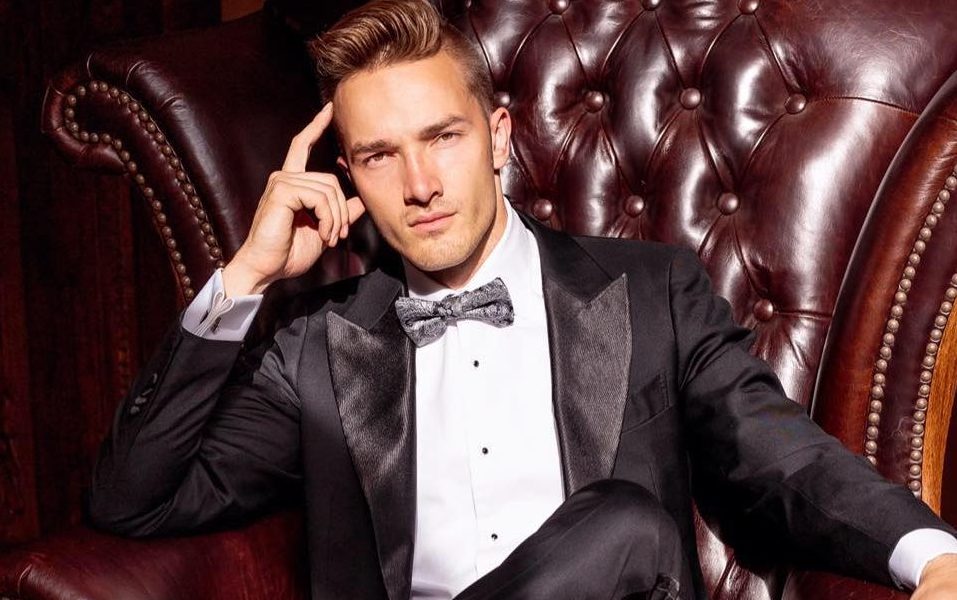 Today we’d like to introduce you to Deividas Molocajevas.

Sonata’s Restaurant is truly a family venture, owned and operated by mother/son team Sonata Molocajeviene Tuft, owner, and her son/COO and Chief Designer Deividas at the helm.

Deividas describes his relationship with his mother as a close one throughout his upbringing, even during times when Sonata had to work three jobs just to support herself and her son. “We learned to get through difficult times together,” he says. Through experiences like these, I believe we have learned to overcome any challenge that life throws at us.”

When it came to going into business together, he knew he wanted to build a company from scratch, and he wanted to share his mother’s amazing Lithuanian cooking with the residents of Scottsdale. “Mom has been a fantastic cook all her life, and she’s been in the industry for more than 20 years, in continents across the globe,” he says. Sonata’s authentic recipes combined with modern interpretations offer a twist on classic Old World dishes in an upscale, high-energy atmosphere that diners have instantly taken to since the restaurant’s opening in October of 2016.

While he admits Sonata was skeptical of introducing Scottsdale to a largely unfamiliar cuisine in a large 6,000-square-foot building, he reveals connecting as a family has continued to get them through. “All our challenges are addressed through our board, which consists of Mom, my stepfather Paul and me,” he adds. “The beauty of a family business is that you really understand each person’s strengths, weaknesses and abilities to problem solve in various situations.” He adds that through the support of one another as they’ve debuted their restaurant in Scottsdale, the family and their bond has grown even stronger.

Has it been a smooth road?
Challenges include finding the perfect team to help execute our vision of presenting the finest Eastern European cuisine to Valley guests in an upscale, high-energy atmosphere that the Scottsdale dining crowd has come to expect. We are lucky to find people that share our passion and help us bring our goals for Sonata’s Restaurant to fruition.

So let’s switch gears a bit and go into the Sonata’s Restaurant story. Tell us more about the business.
Sonata’s Modern European Restaurant is owned by namesake Sonata Molocajeviene Tuft, and features many of the Lithuanian-born, Paradise Valley resident’s own recipes. COO and Chief Designer Deividas Molocajevas’ design influence combines the best of Old World style with the elegance of Scottsdale, Arizona. Sonata’s features comforting European dishes with an American twist. Sonata, a Lithuanian-born Paradise Valley resident, says, “We wanted to take the best foods from all over Europe and bring them to Scottsdale.” Comforting European dishes with an American twist such as Homemade Dumplings with Mushroom Sauce and Chicken Kiev make up Sonata’s lunch and dinner menu.

COO and Chief Designer Deividas Molocajevas says, “There’s is nothing like Sonatas European inspired cuisine and atmosphere, which consists of a balance of glamorous soft furniture and an artsy mix of earthy and industrial components.” On weekends, the brunch menu features classic American favorites with an Old World twist, such as omelets and housemade pastrami hash, plus mimosas, Bloody Marys and handcrafted cocktails. Sonata’s nightlife features authentic European entertainment, differentiating itself from other restaurants in the valley.

Sonata’s interior design incorporates European finishes mixed with Deividas’ own style concepts with a tribute to Sonata. One of the most impressive visual elements of the new design is a stunning artistic portrait of the spirited redhead herself. The dining area features a variety of seating options from plush booths to high-bar tables for larger groups. “We wanted to display a clean, modern look combined with glamour,” he explains. The large patio features a bar and elements of an upscale-yet-comfortable backyard such as artificial grass and fire pits.

How do you think the industry will change over the next decade?
We want to continue to fine-tune Sonata’s Restaurant to make it the go-to place for not only authentic Eastern European cuisine, but also the finest cocktails, atmosphere, and nightlife. 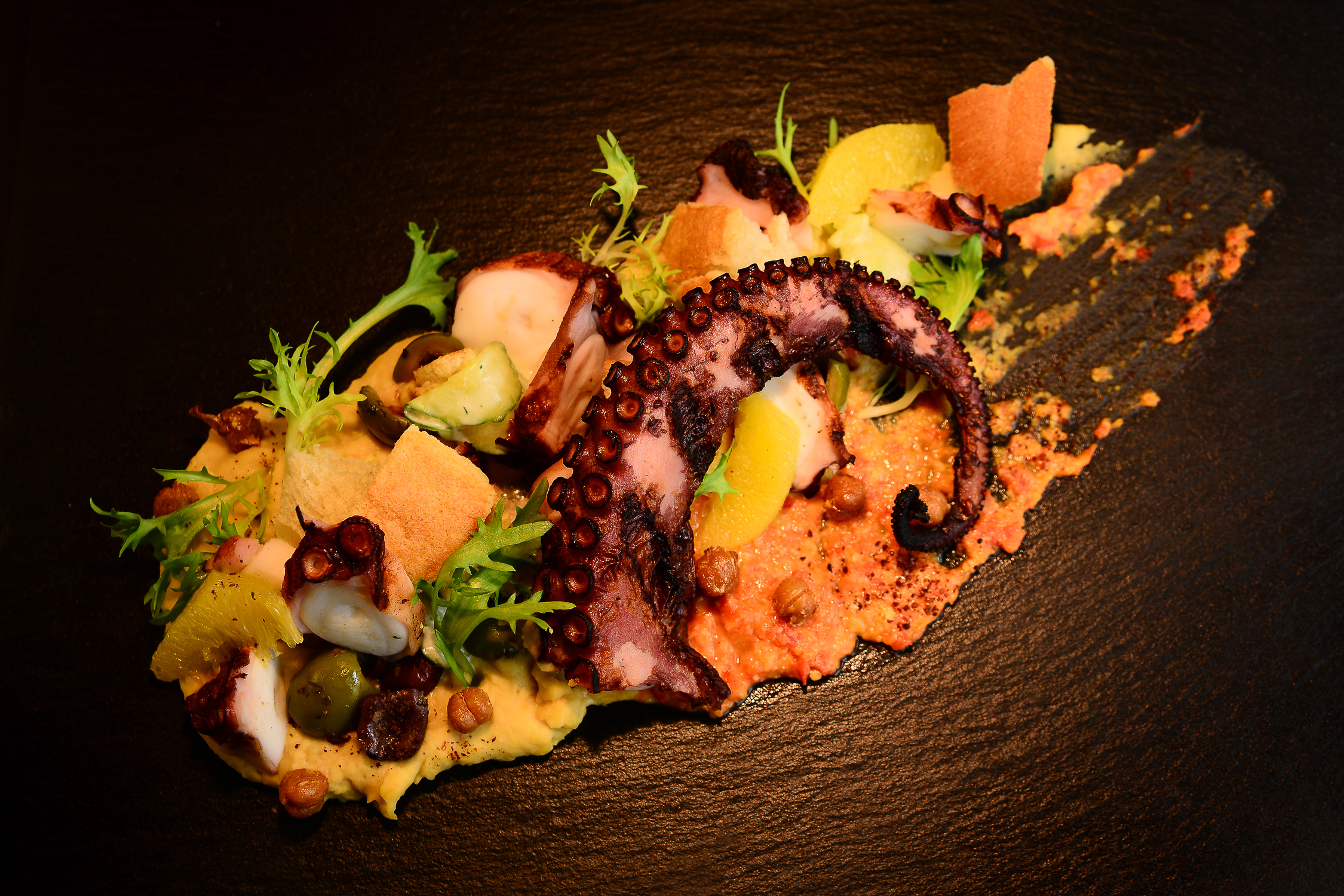 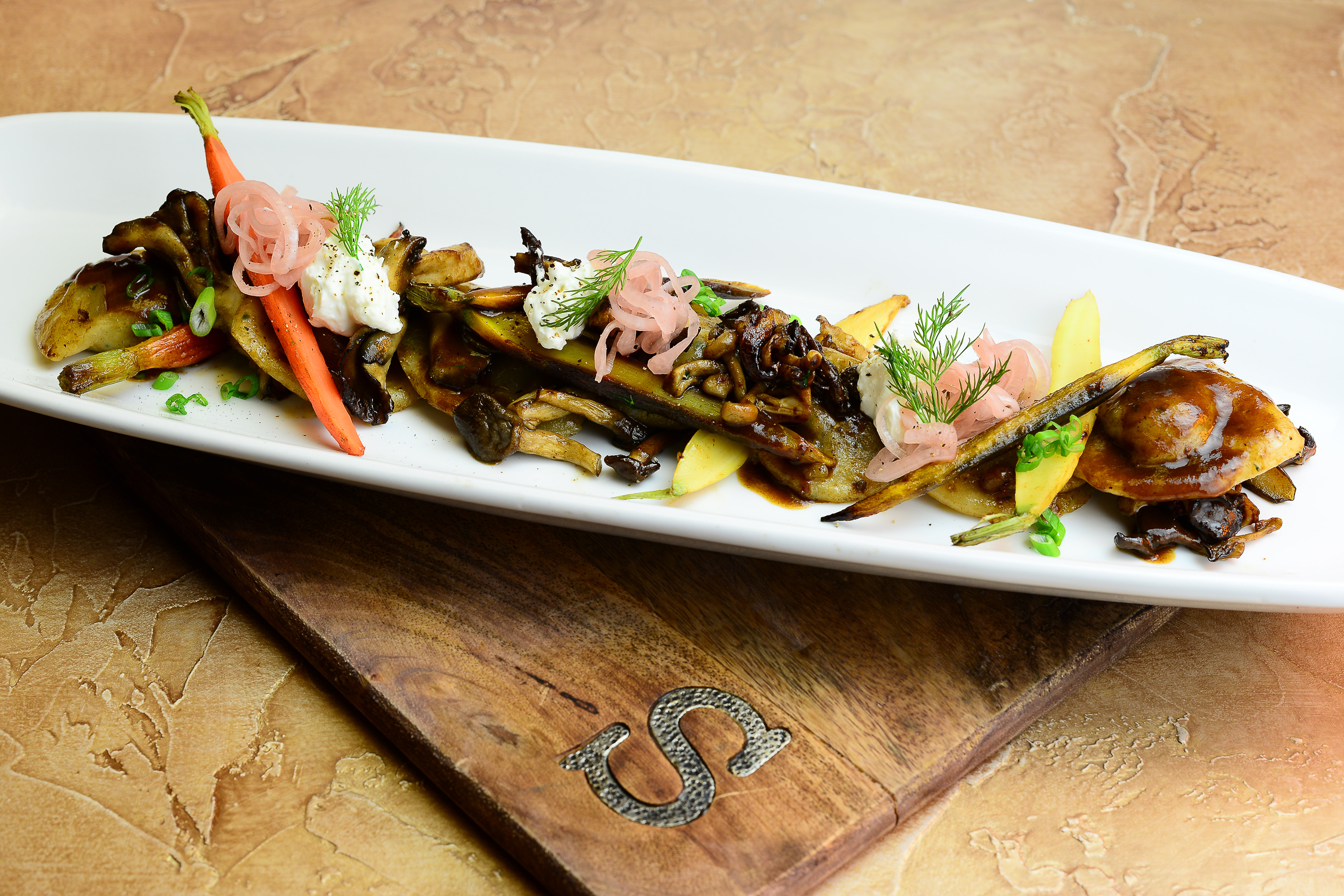 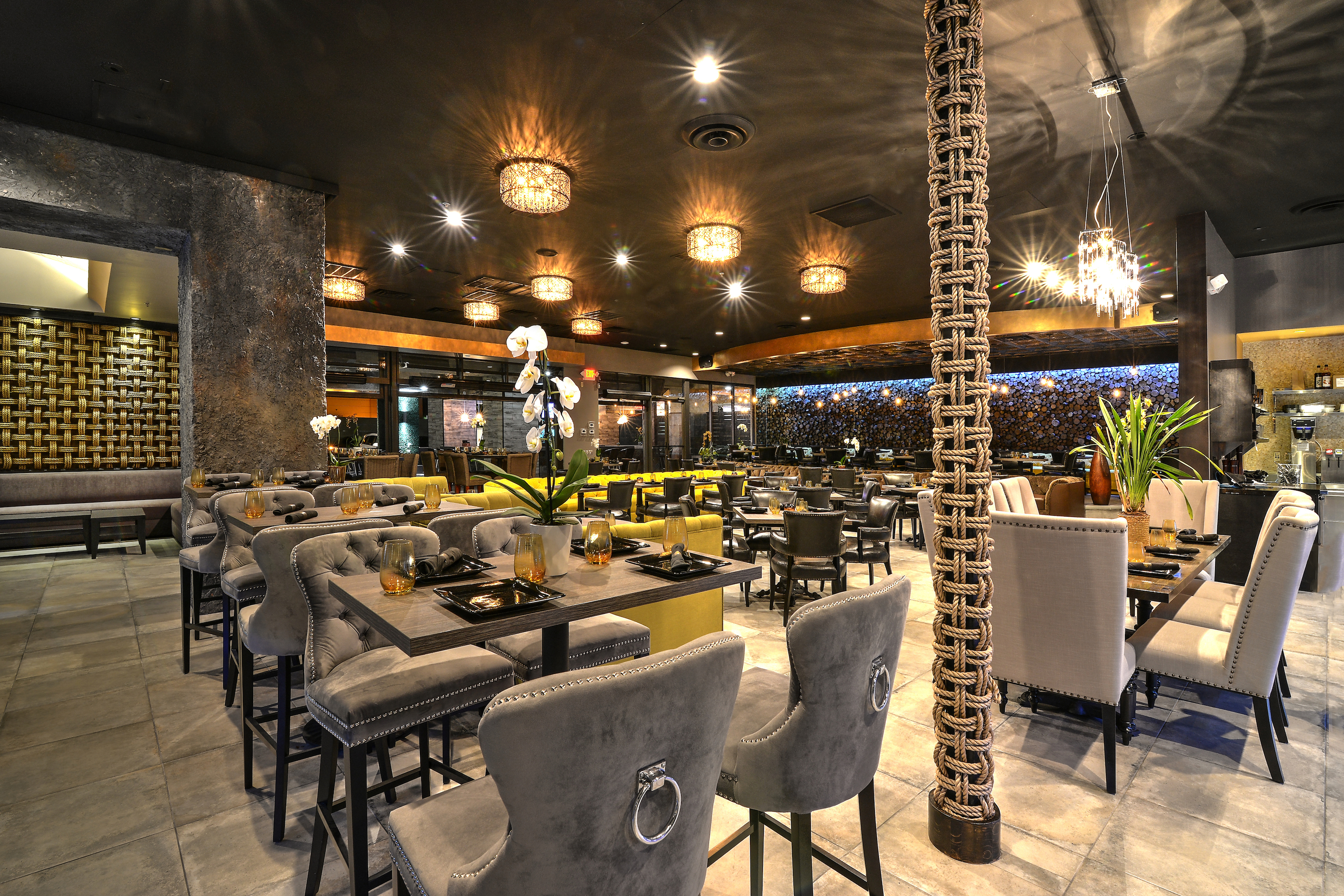 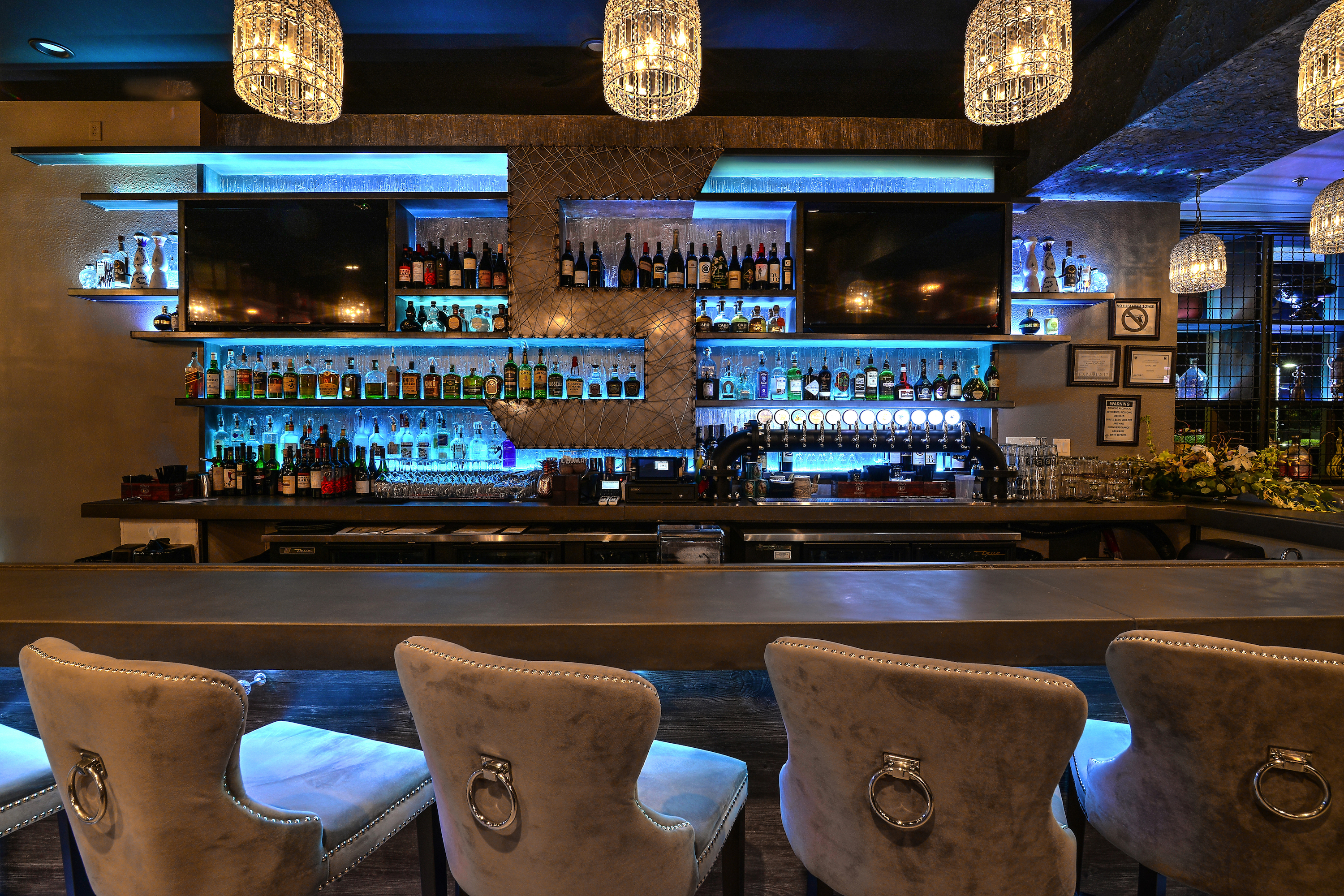 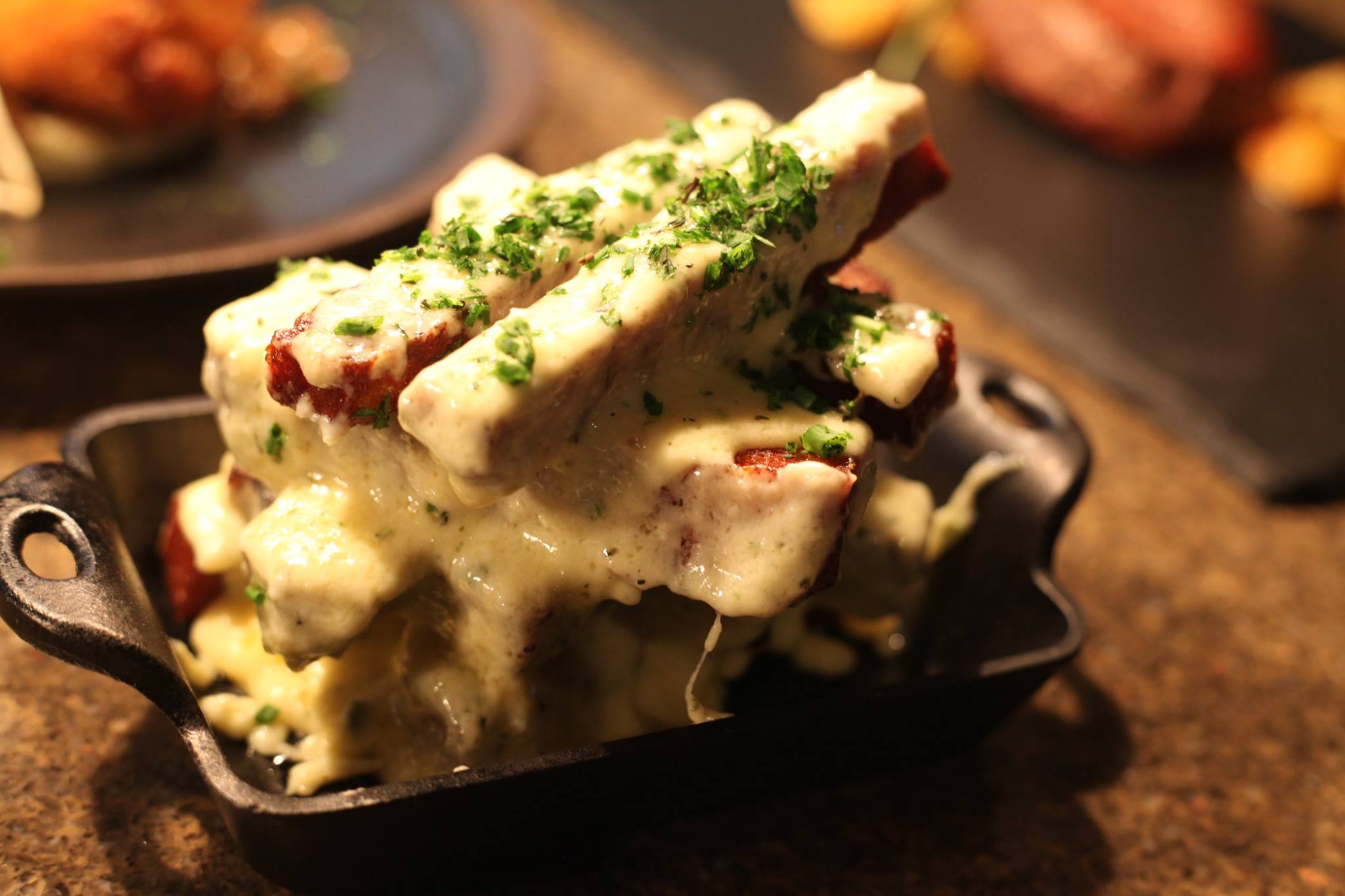 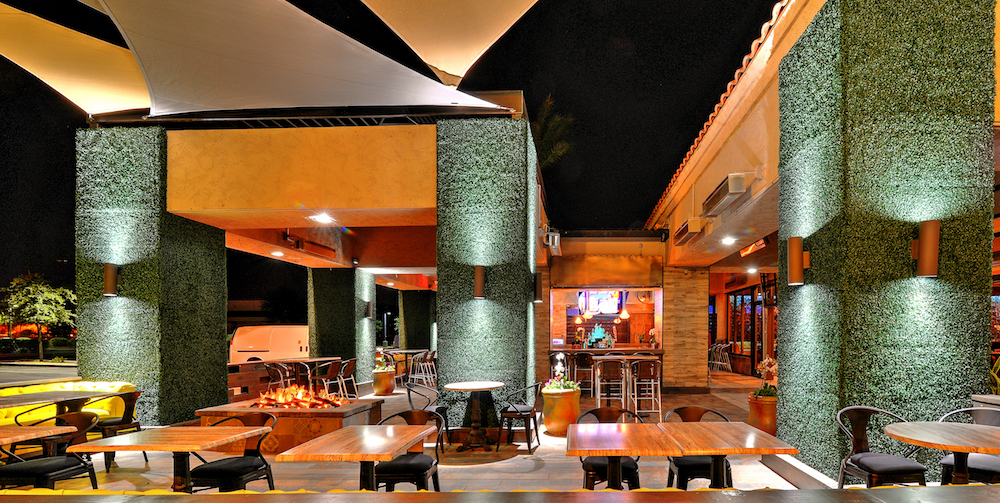