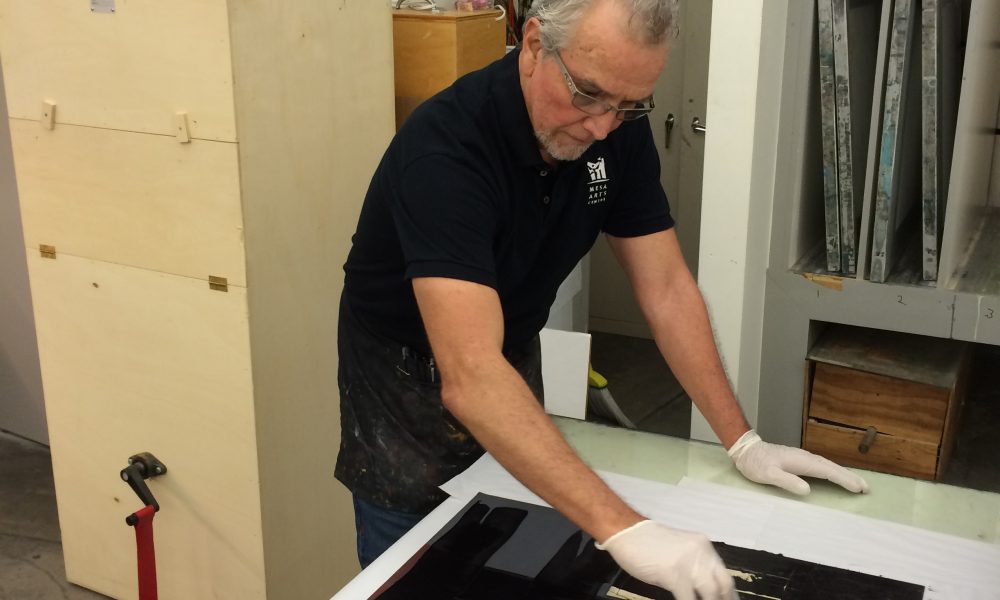 Today we’d like to introduce you to David Manje.

David, please share your story with us. How did you get to where you are today?
Having earned a B.F.A. in Printmaking from A.S.U., my need to continue to create and evolve my artwork required a specific space in which to work in. Unlike some disciplines in art, printmaking requires certain equipment. So I set out to accomplish a goal to build and supply and printmaking studio. Arroyo Press Studio was built and founded in 1989. In mid-1980 I was hired by the Mesa Arts Center where I developed and chaired the drawing, painting, and printmaking program. The new MAC facility opened in 2007 where I designed the drawing, painting, and printmaking studios. I retired from the MAC after 33 years. During the interim of teaching and coordinating the MAC programs, I gradually and consistently continued to work on my personal artwork in the Arroyo Press Studio. During the apex of my studio work, I was represented by galleries in AZ, Ca, WY, and IL. Currently I share Arroyo Press Studio with my wife who is a painter and where I continue to produce artwork.

Overall, has it been relatively smooth? If not, what were some of the struggles along the way?
I would like to say it was smooth sailing but unfortunately like many I ran into financial difficulties but I continued overcome. Probably the most difficult periods of my journey have come from health issues. Today, I am a multiple cancer survivor.

Alright – so let’s talk business. Tell us about Arroyo Press Studio – what should we know?
Arroyo Press Studio is an artist printmaker studio. Unlike some printmaking facilities where a master printer will produce artwork for other artist in terms of printed editions, I do not. I focus on my own artwork and produce my own prints, hence the difference between master printer maker and master artist printmaker. Have I ever produced prints for another artist? Yes, but producing artwork for other artist is a low priority. Today, I am specializing in “evolved form” of the monotype where I introduce and implement different printing processes in one monotype. One of my strongest influences comes from Robert Raushenburg, a prolific artist printmaker from the 60’s and 70’s. I think my prided of the studio lies in that it has survived the test of time and many moves.

Any shoutouts? Who else deserves credit in this story – who has played a meaningful role?
It’s been pretty much of a solo flight all these years but the frosting-on-the-cake was marrying Susan a decade ago with whom I can now share the many hours of solitude one must endure while producing artwork. 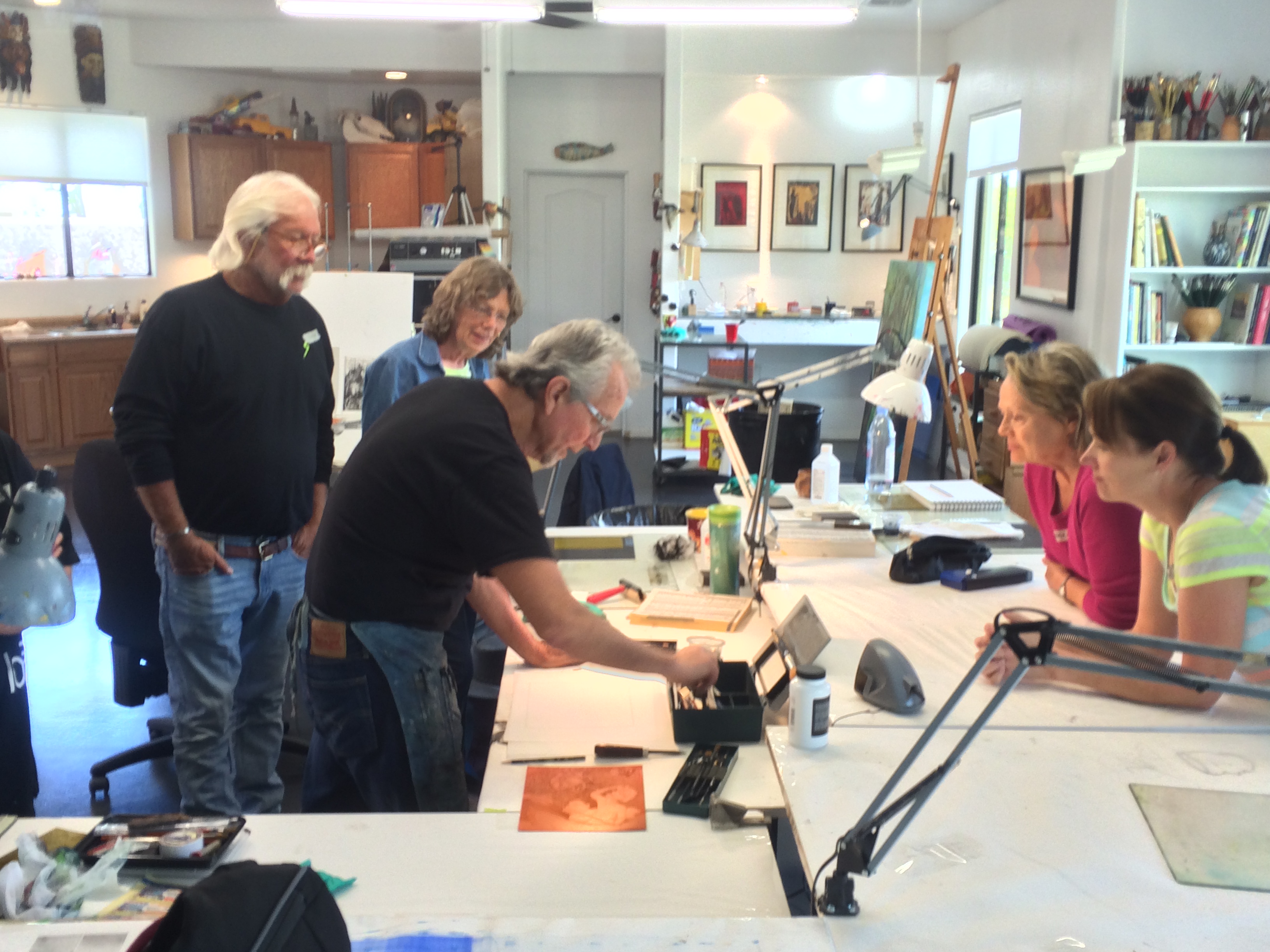 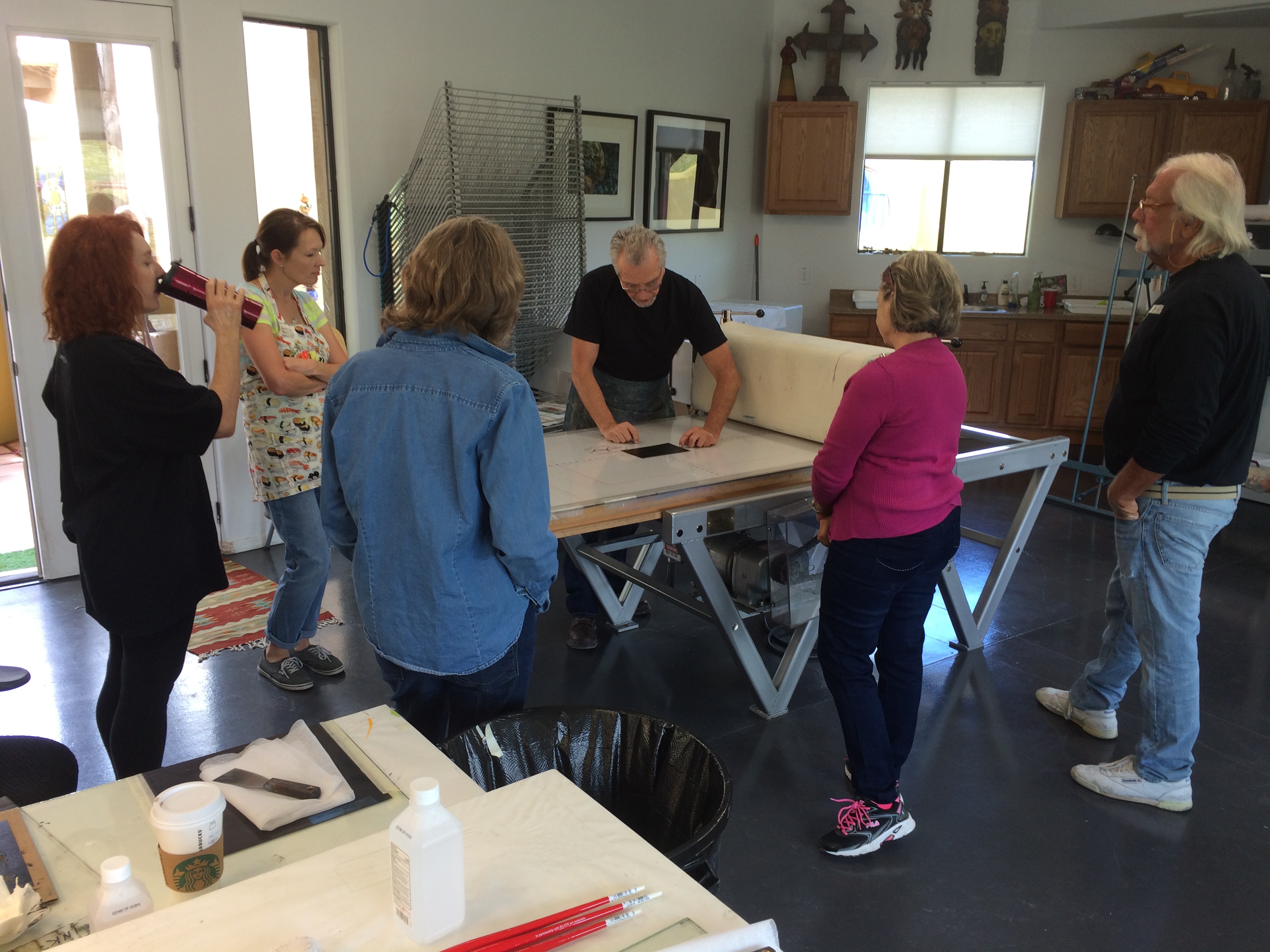 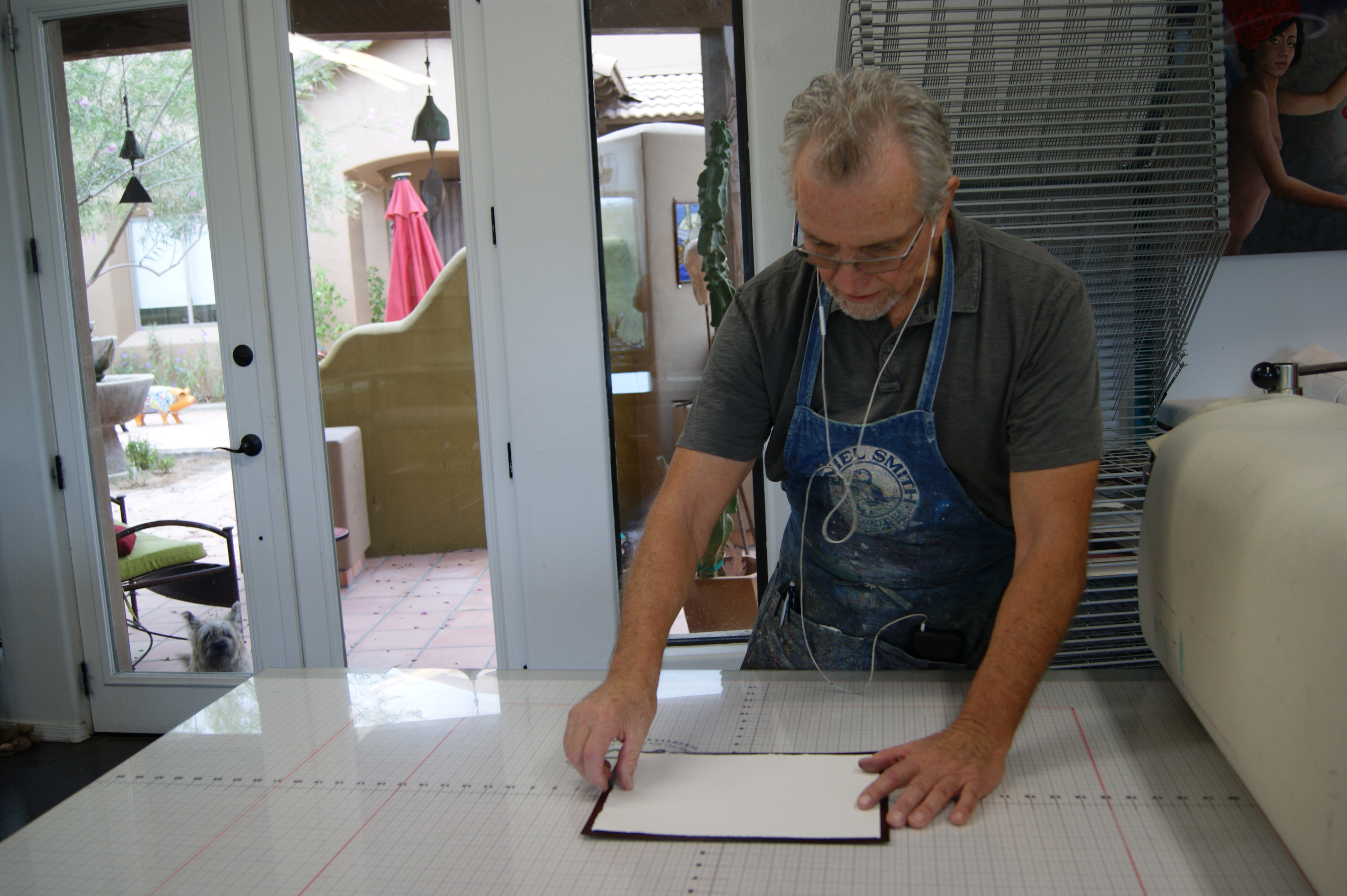 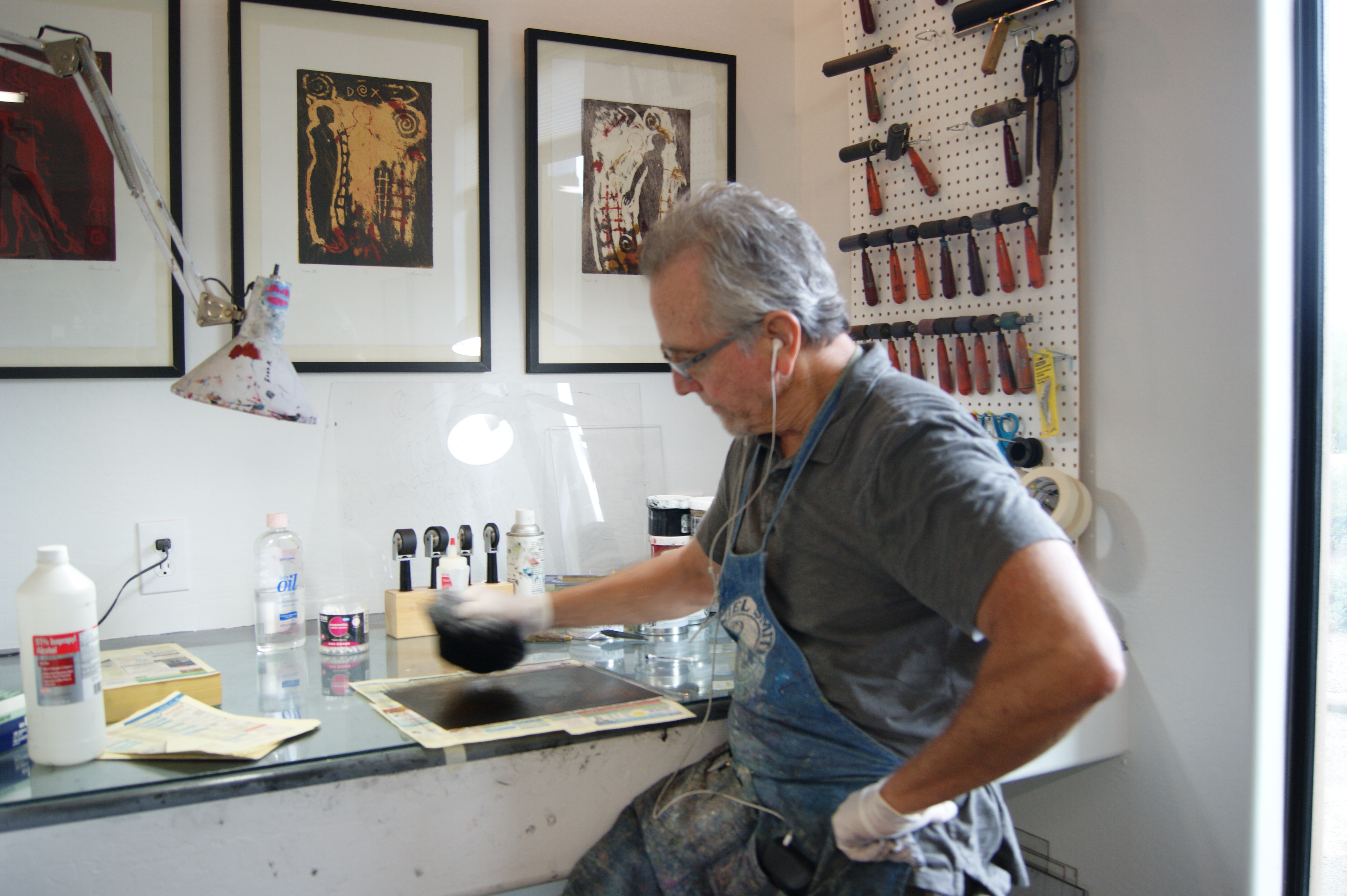 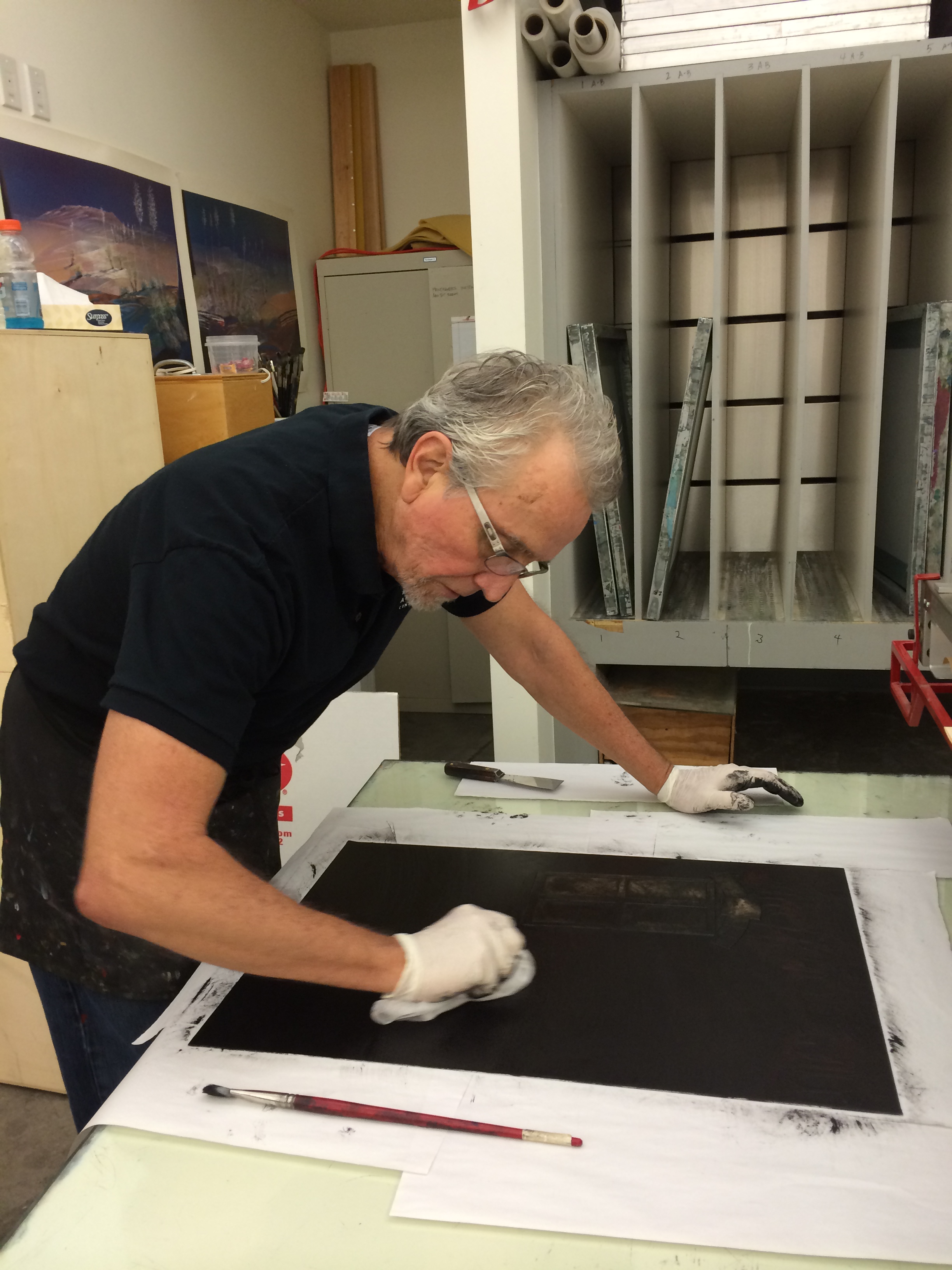 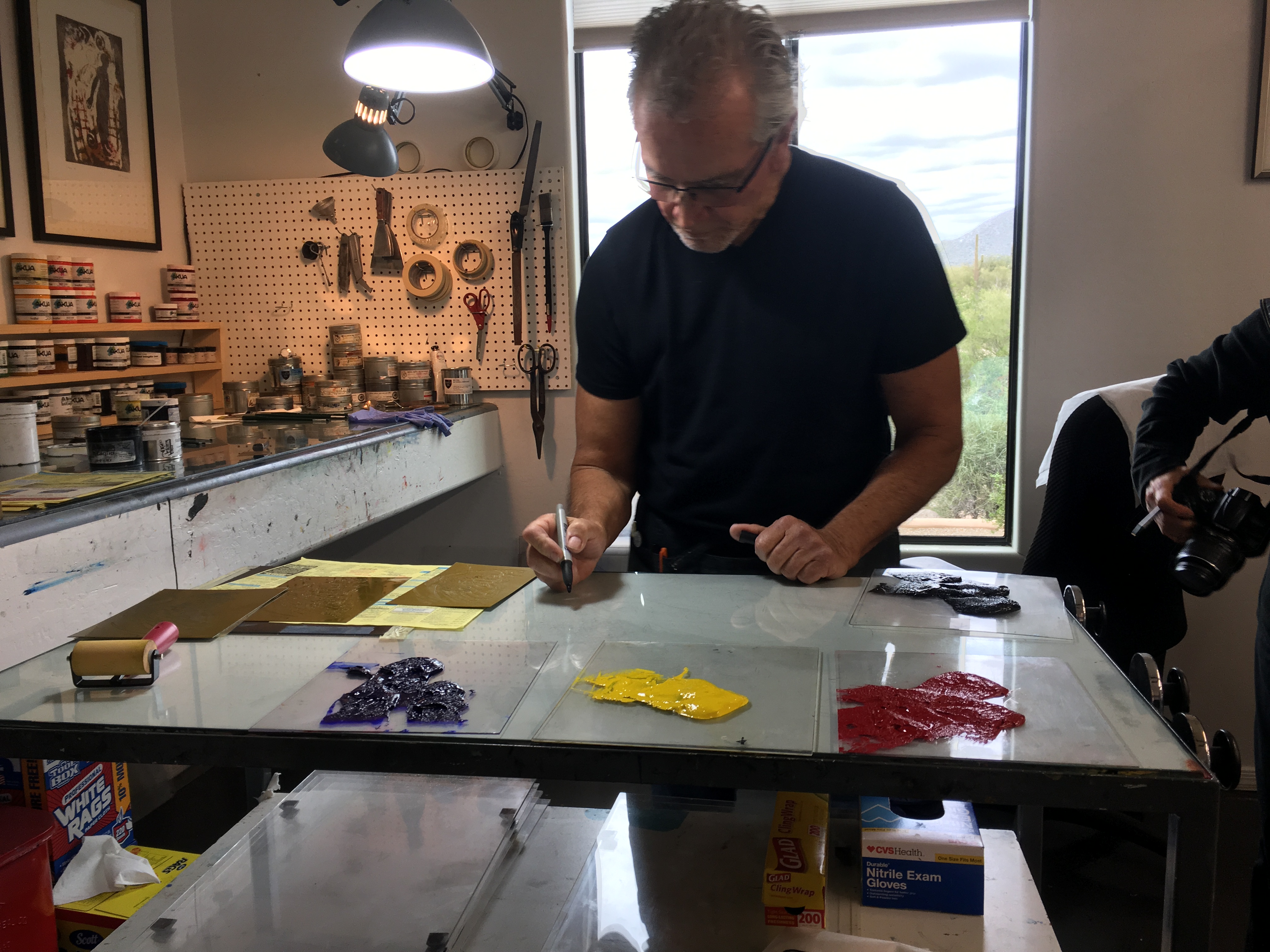