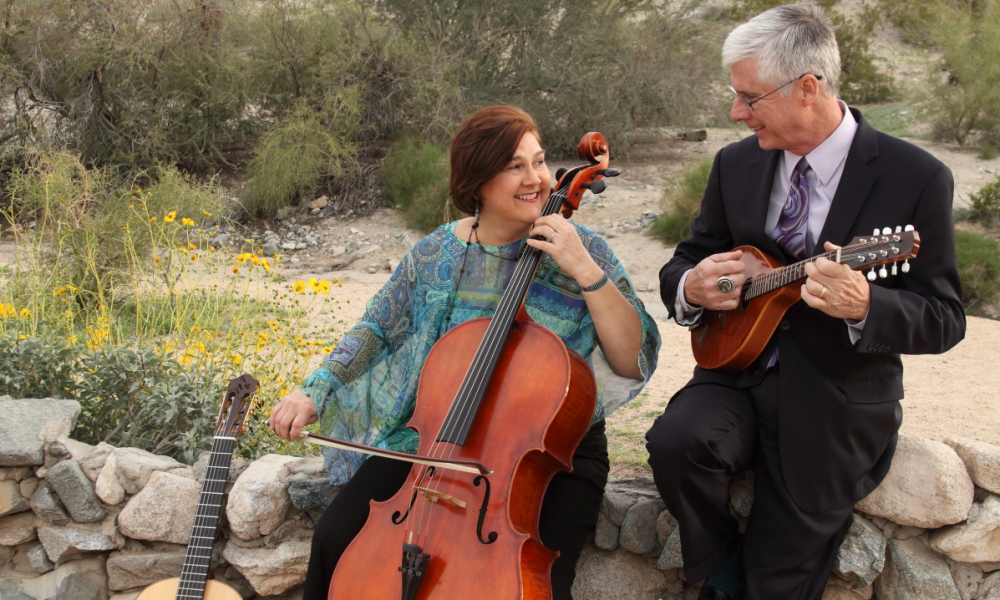 Today we’d like to introduce you to Robert & Cindy Leger.

So, before we jump into specific questions about the business, why don’t you give us some details about you and your story.
We both started playing music in our youth. Cindy picked up the cello in elementary school. Robert learned guitar in his teens and added the mandolin in his early 20s, so we brought these instruments into our marriage. There’s no other reason anyone would intentionally match a cello and mandolin in a duo.

We played the occasional wedding for a friend or funeral for a family member. Our two sons were involved in sports year round, so their schedules were our schedules. After the youngest graduated from high school in 2010, Robert suggested turning our duo into a business. Cindy’s response: “I thought we might travel.” (We’ve managed to do both.)

That’s how Ocotillo was born. Our repertoire and professionalism have expanded greatly since then. We’ve played countless weddings and corporate events, and a few celebrations of life.

One music blogger described our music as “like therapy, you didn’t know you needed.” Last year, we released our debut album, “Enchantment,” a collection of original compositions, creative twists on classical favorites and covers of the Beatles, Joan Baez, Meredith Willson, and Antônio Carlos Jobim.

This summer, we played a seven-city, three-state tour. The first concert was on our 33rd anniversary, just a few miles from the church where we were married in Springfield, Mo.

We reworked a song Robert wrote for our wedding into an instrumental and managed to play it without too much moisture in the eyes.

Overall, has it been relatively smooth? If not, what were some of the struggles along the way?
A smooth road would be boring!

One struggle is inherent in our uniqueness. We’ve found only one other cello-mandolin duo in the world, and they’re in Italy. We haven’t found any other cello-mandolin/guitar duos. We’re a niche inside a niche inside a niche. People ask for a string quartet or a harpist because they know what to expect. They don’t know to ask for us until they’ve heard us.

But that’s also a strength. Do you want your wedding or corporate reception to be unique, with classy music your guests have never heard? We can deliver that. It won’t be the same old same old.

Another challenge: We can’t buy arrangements for cello and mandolin. They don’t exist. So we write our own. The versatility of mandolin, guitar, and cello — all able to play melody or accompaniment — create opportunities. Unlike other duos where one person always plays the melody, we toss it back and forth. Our instruments have a conversation.

We also look for ways to surprise. For instance, we play Bruno Mars’ “Just the Way You Are” slowly, emphasizing the beautiful melody over the recorded version’s jaunty beat. We mash themes from “Fellowship of the Rings” and “Game of Thrones” into a single piece. We added a cello line to the standard guitar showpiece “Romanza,” giving it a whole new vibe.

Ocotillo Music – what should we know? What do you guys do best? What sets you apart from the competition?
Ocotillo Music is a unique instrumental duo, combining Cindy’s cello with Robert’s mandolin or guitar. We play a wide range of music, from Bach to Broadway, the Great American Songbook to John Legend. We often add songs at the request of a client. That’s how music by Cage the Elephant, Jason Mraz, One Republic and the theme from Amazon’s “Transparent” entered our repertoire.

And we write original pieces. One of our favorites uses all three instruments to paint a picture of a beautifully sparse valley Robert’s ancestors settled in New Mexico. The most recent one imagines a friend’s dream of his six-month-old daughter’s future.

We’ve equally comfortable playing a wedding, a corporate reception for a few hundred people or an intimate house concert where we can visit with the audience. We know the difference between being the center of attention and being background music, and we adjust accordingly.

We work closely with each client, making sure the music we play is exactly what they want to hear. Our repertoire is large enough we can adjust to almost any taste.

What is “success” or “successful” for you?
Music is personal, touching each person’s soul in a different way. For us, success comes when we give someone a memorable experience – a kiss while we play for a couple, a smile or tear because a song evokes a memory.

We played one wedding where the bride wanted her teen sister to sing during the ceremony. We wrote an arrangement and practiced with her, and she did an amazing job. It will always be a special moment for the two sisters. At another wedding, the bride asked us to play “Fur Elise” when she walked down the aisle because she learned the song from her father. He had passed away, so our music stood in for him.

We enjoy it when people spontaneously start singing while we play. During our tour this summer, we wrapped up our set at a St. Louis retirement community with “Over the Rainbow.” We hadn’t passed out any lyrics, but the entire room, including memory care patients, sang along. We smiled.

Success also comes in giving back. Through our concerts, we’ve raised money for Harmony Project Phoenix as well as charities that feed families, support veterans and rescue victims of sex trafficking. 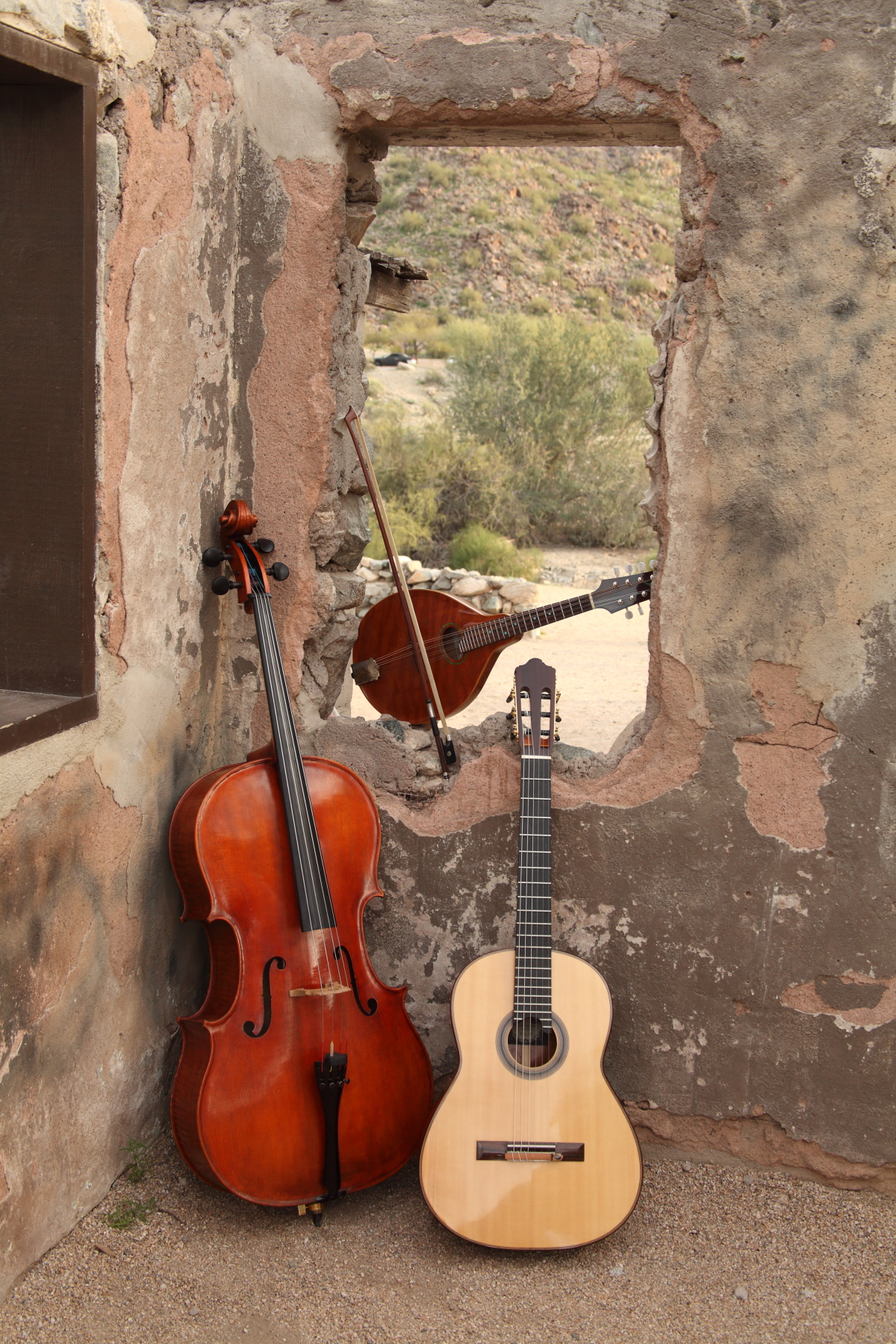 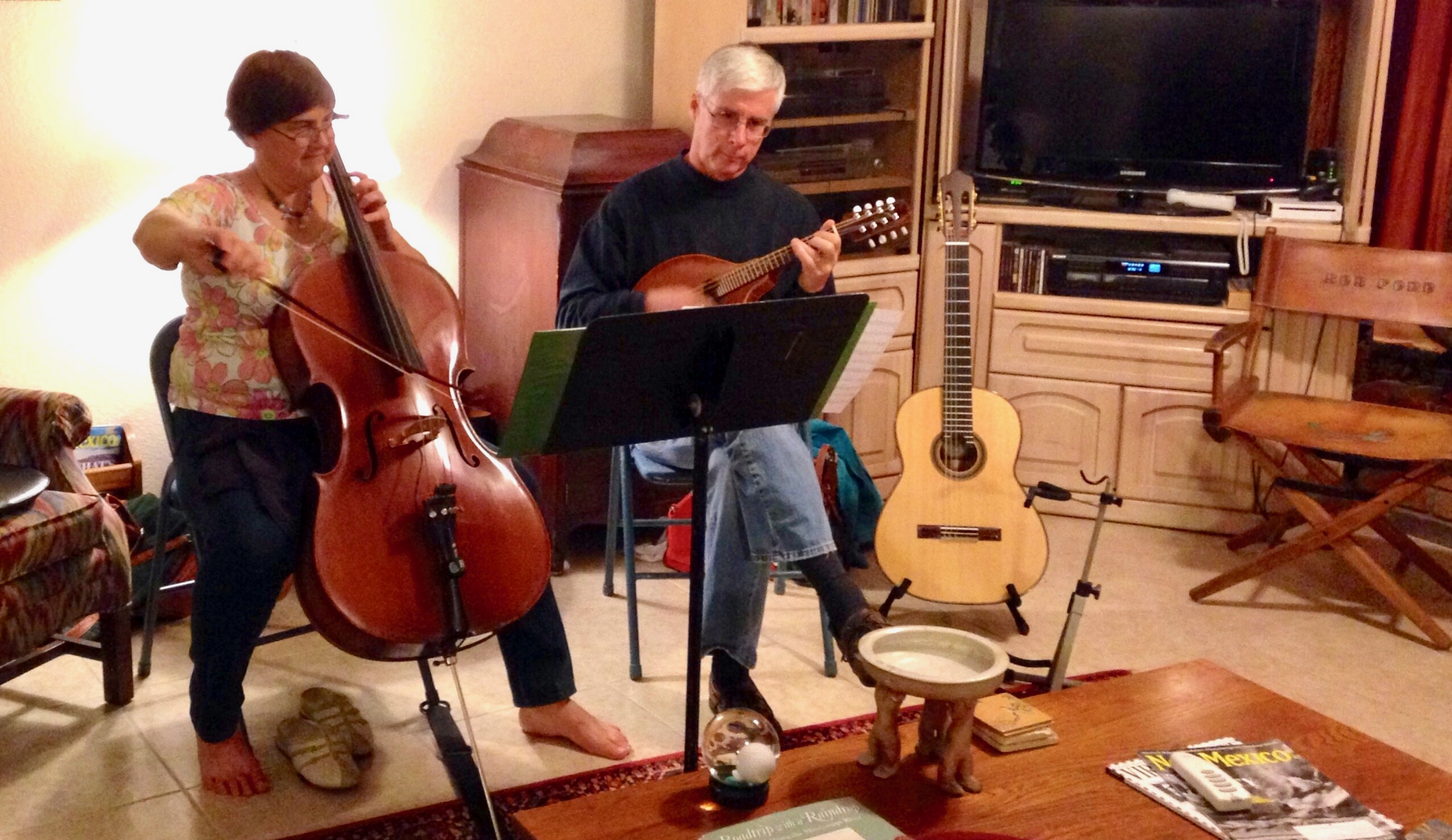 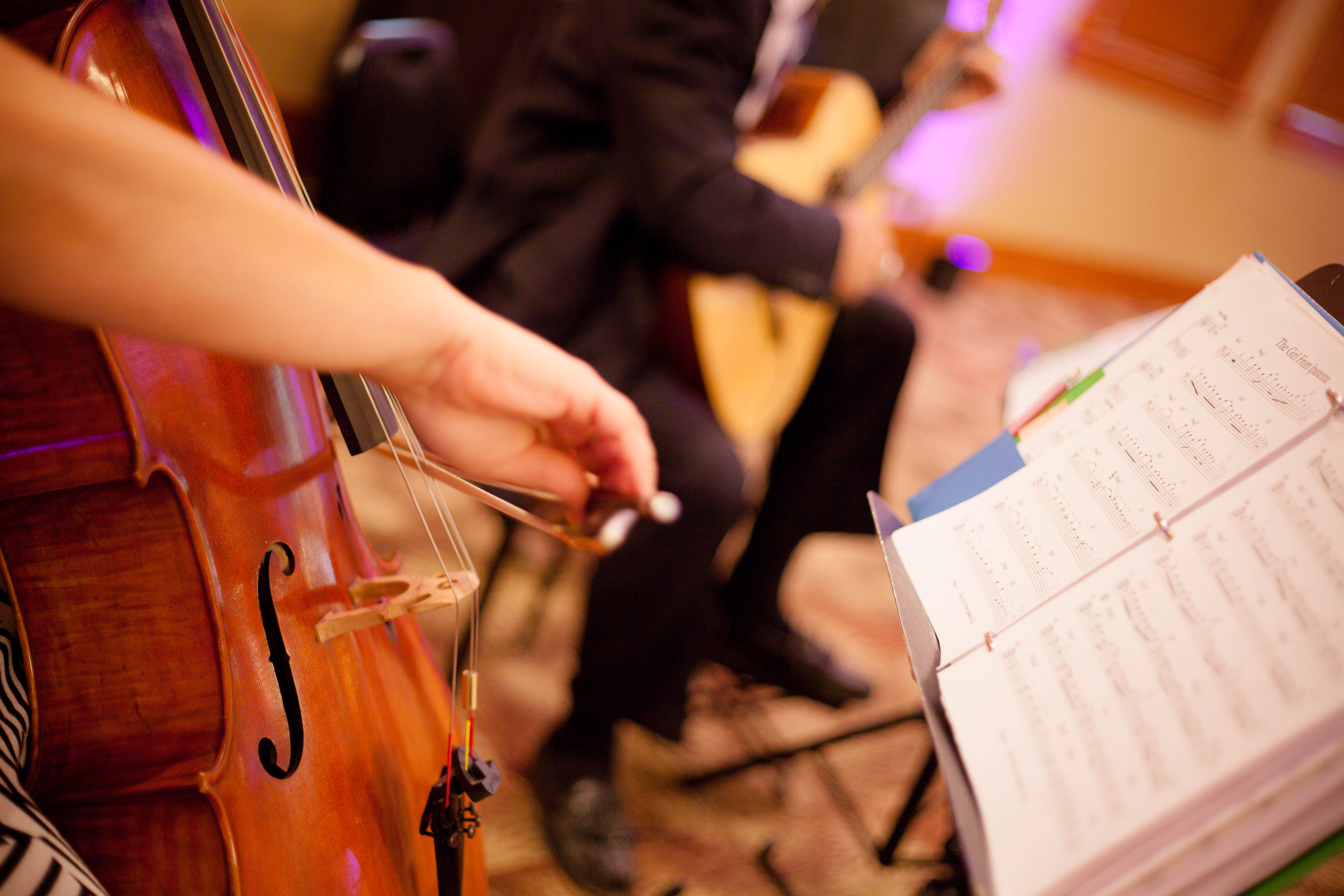 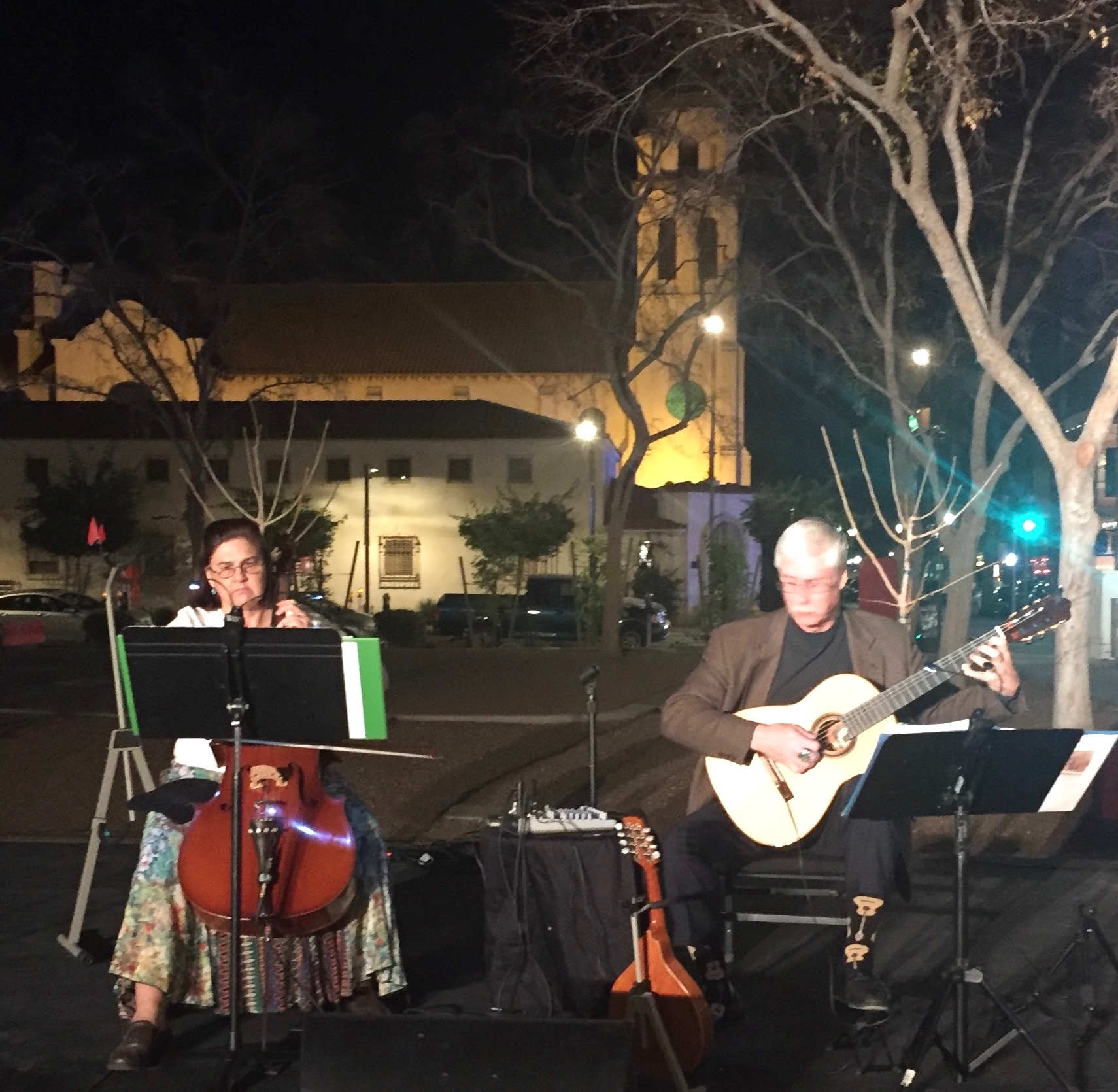 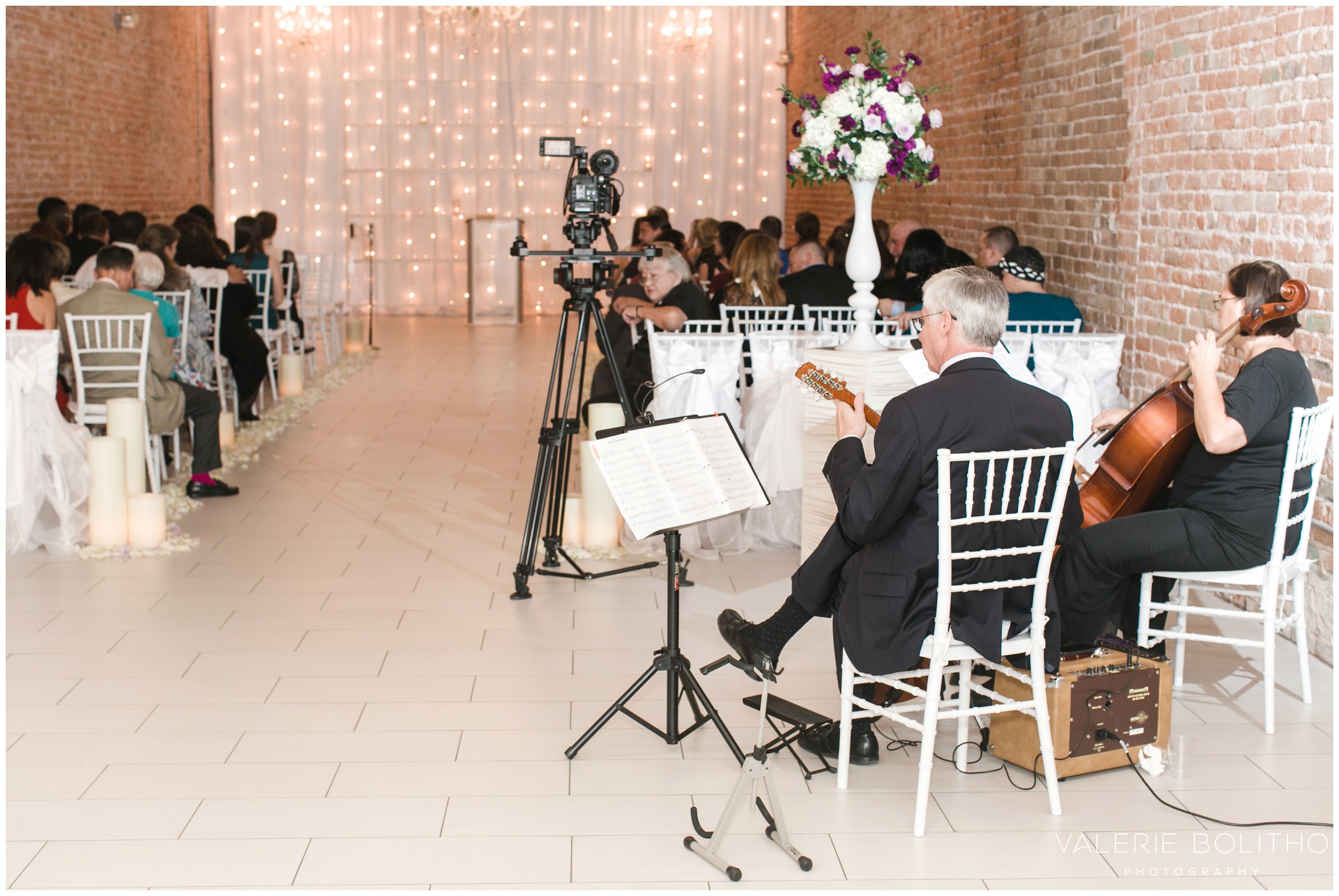 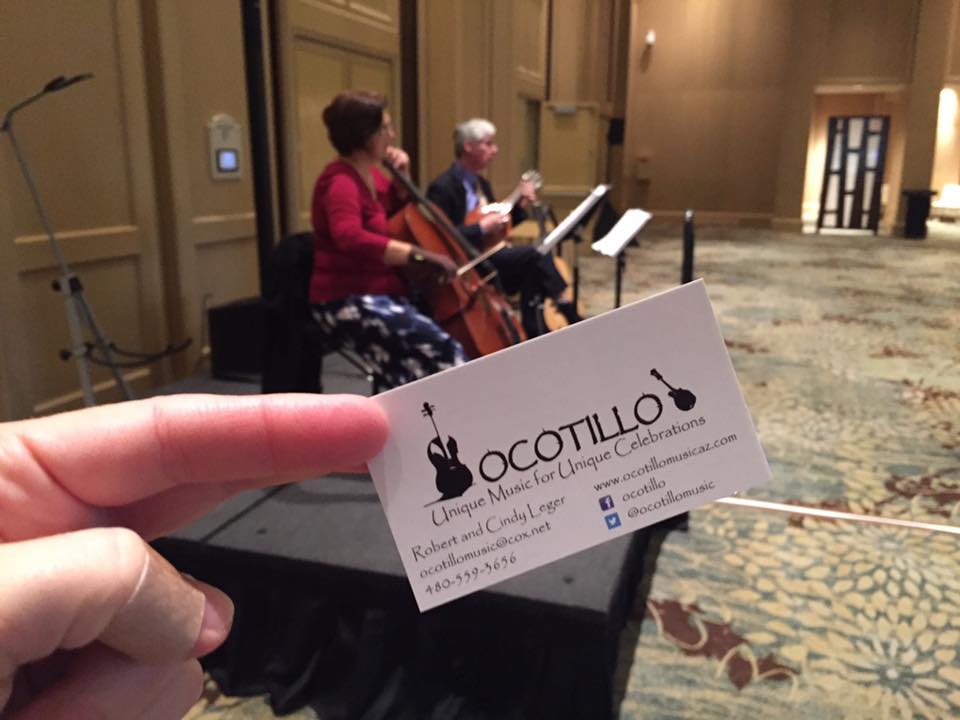