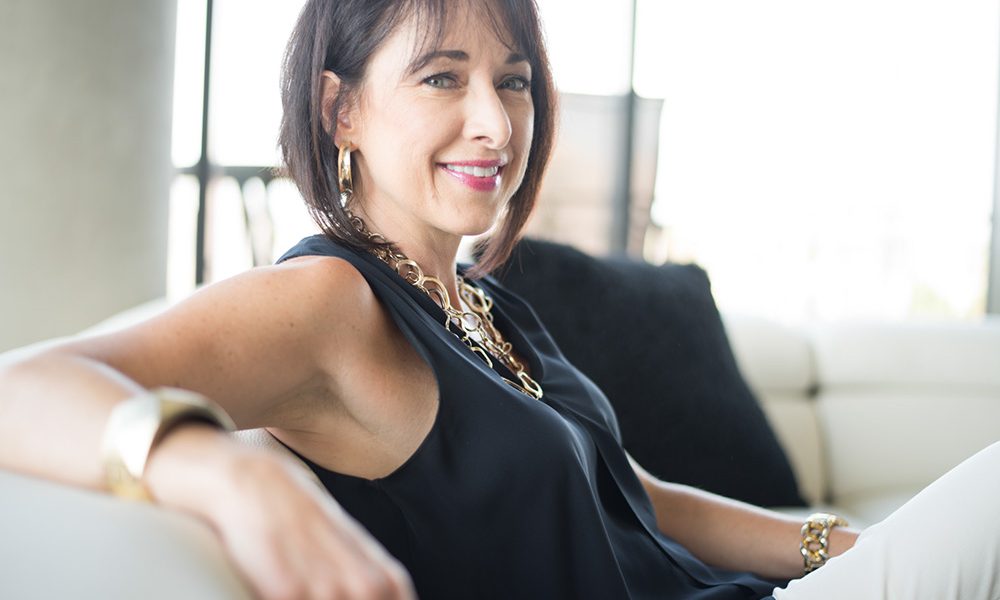 Growing up a child in the 70’s, I ate my fair share of casseroles smothered in Cream of Mushroom Soup along with white bread with margarine. If we ate a salad it was covered in Thousand Island Dressing. I wasn’t aware that anything else existed. Read more>> 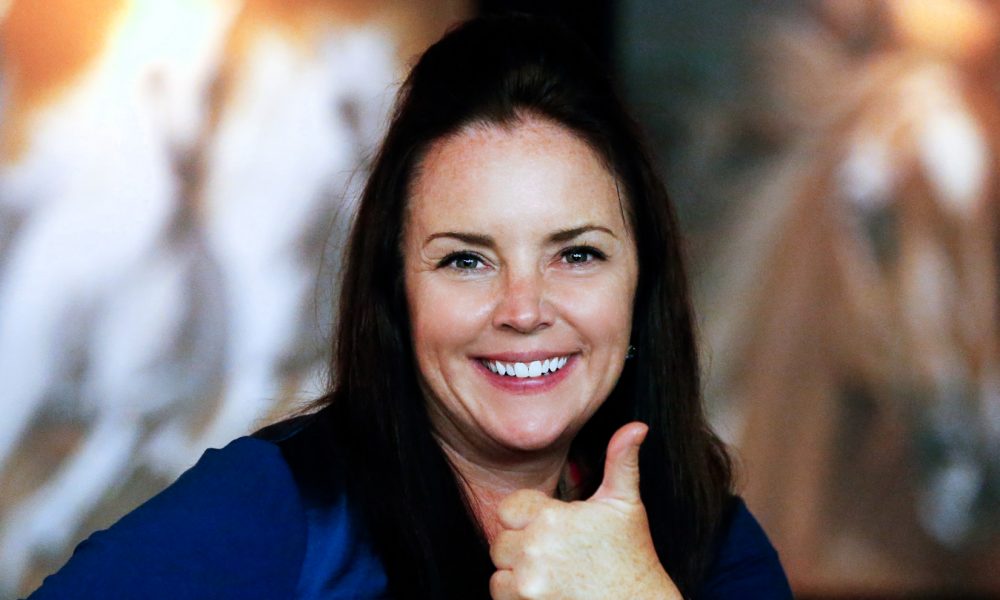 20 years ago, young horse enthusiast Taryl O’Shea sought out to volunteer at the Scottsdale Arabian Horse Show. She had moved from Canada to Scottsdale on New Year’s Day and had seen signs promoting the show. “I left a message at the listed number and did not hear back, so I went out to WestWorld, walked into the old A-frame office building on the grounds and was signed up as a ribbon presenter.” Read more>> 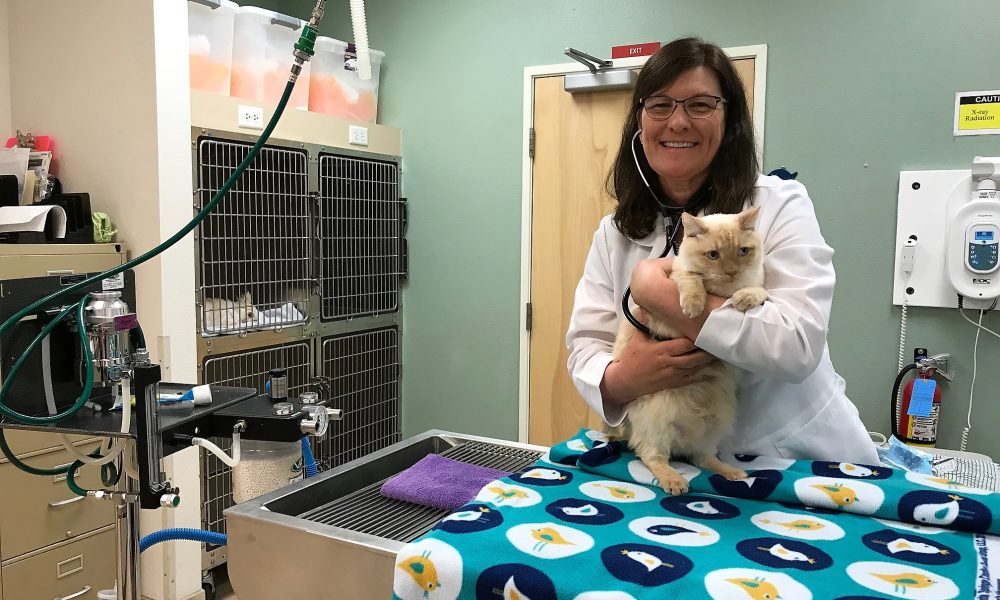 At age four I announced to my mom that I wanted to be a veterinarian. We had just taken our French poodle, Babette, to the vet. He was so kind. He let me listen to my dog’s heart with his stethoscope. I was hooked. My love of animals was nurtured growing up on a farm with chickens, cows, dogs, cats, horses, and rabbits. Read more>> 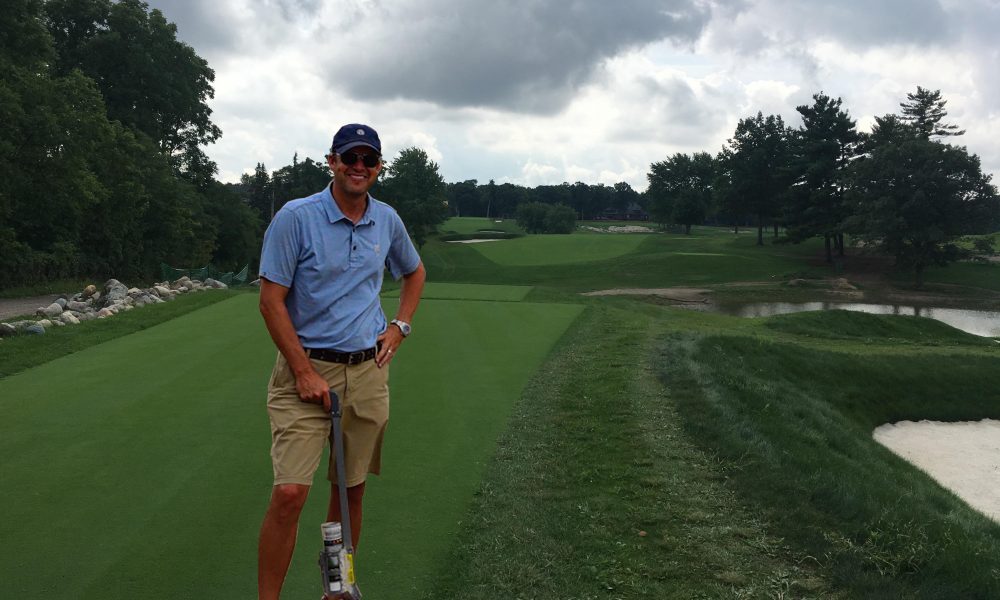 I was brought to the game of golf around the age of seven by my dad. As a kid, my family vacationed at a lake cottage in northern Wisconsin, and it was there I began practicing my bunker shots in and around the sandy beach, initially playing to a stick in the ground. This target evolved into a flat “green” on a sand ledge, then the green expanded to include 9 teeing grounds that could be played twice. Read more>> 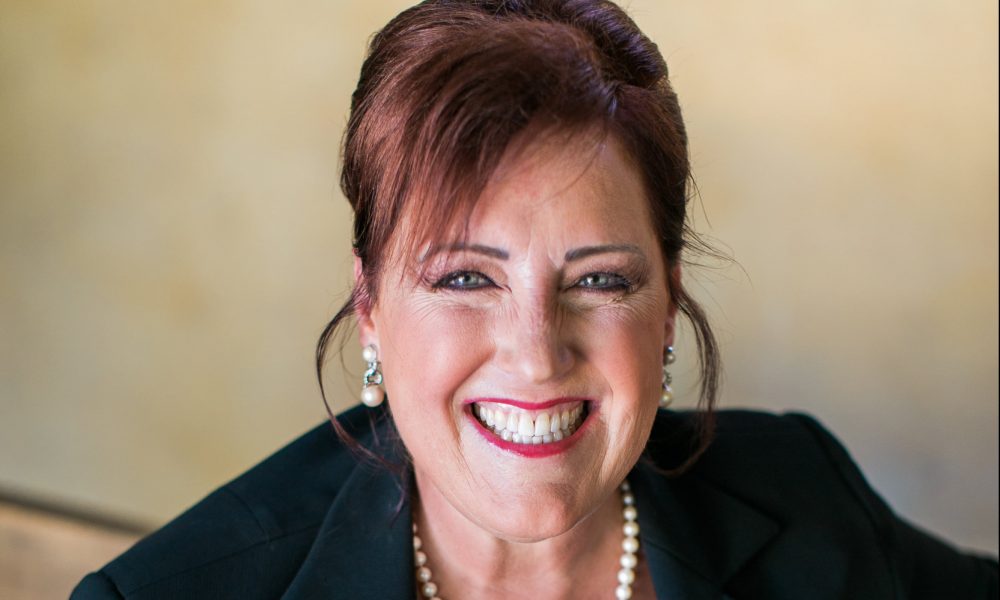 AZA Events, Inc. was founded May 4, 1991, by Amy Zak, who not only set the mark for exceptional service and creativity in event planning but was also one of the first destination specialists to enter the Greater Phoenix marketplace. Read more>> 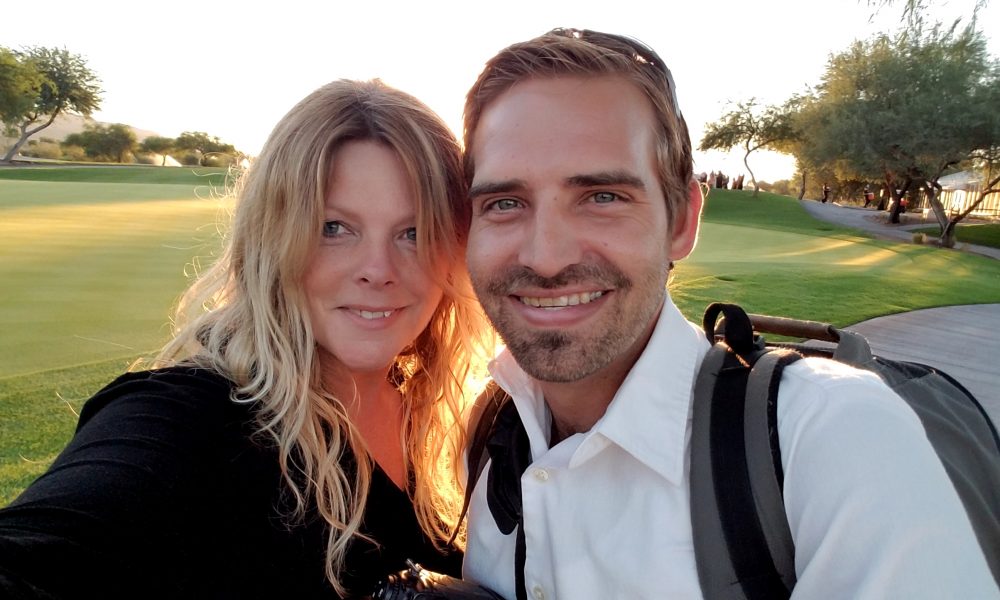 I was born in England and raised in South Dakota (I know, that accent would have been amazing!!) I moved to Phoenix in my late 20’s and went to school to get my associates degree in broadcasting, I actually wanted to be a news anchor! Read more>> 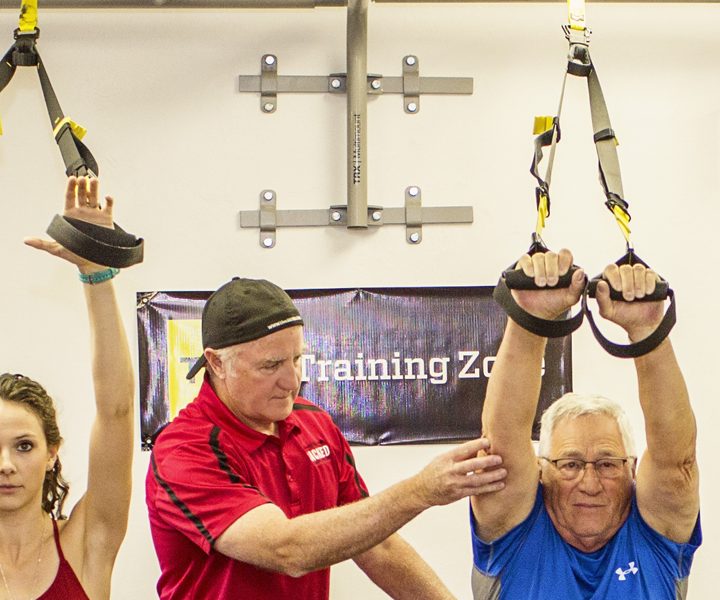 Upon my retirement, I purchased JACKED training studio in 2014 after a long and exhausting search. I have always been an athlete, with a passion for working out, so I’d planned to create a personal training studio to add value to people in our local community who wanted to have individualized attention to reach their health goals. Read more>> 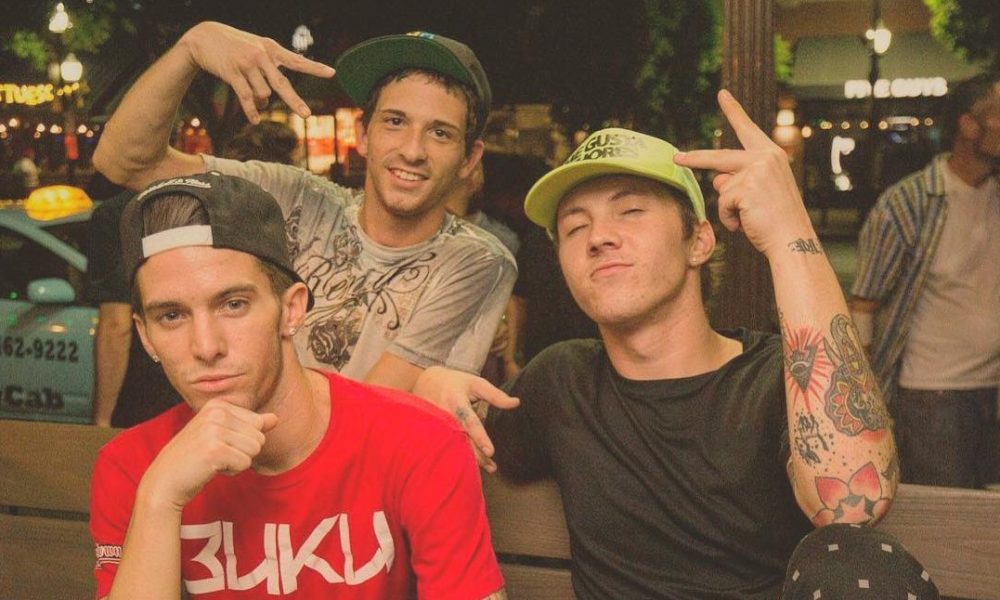 I will stick to the music aspect of this question because that’s what brought us here together right? Lol no, I Moved out to Arizona 2 years ago, within a couple months I met Mike through facebook and hit up Dirty Disco 2016. He had been a promoter/DJ at the time so we would always be going to Relentless Beats shows. Read more>> 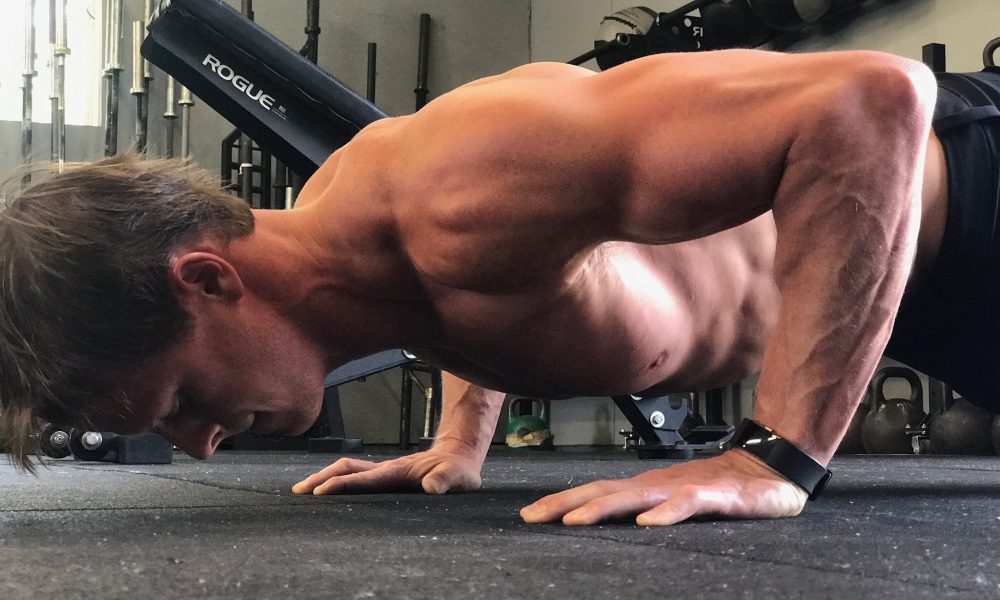 In June 2008, Jesse O’Brien committed himself to some lofty fitness goals and chose a training program that he believed would work. By January 2011, Jesse was in the best shape of his life. He was stronger, leaner and better-conditioned, and he had forged an indomitable mentality. Read more>> 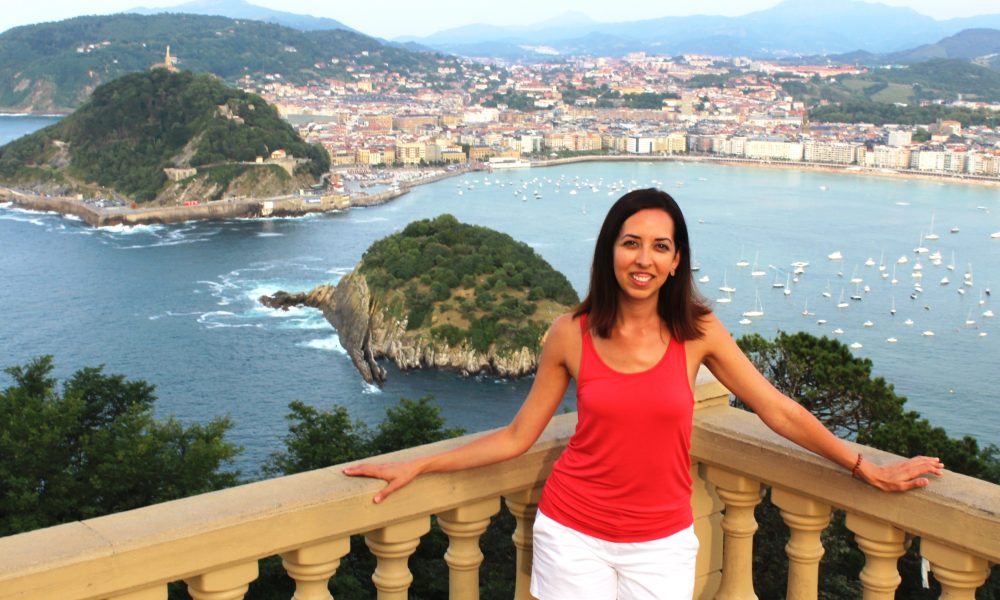 I’ve been a fan of baking and being in the kitchen for as long as I can remember. I was always the one to bring cakes, cupcakes and cookies to gatherings and parties, and people had long told me I should be selling my treats. Read more>> 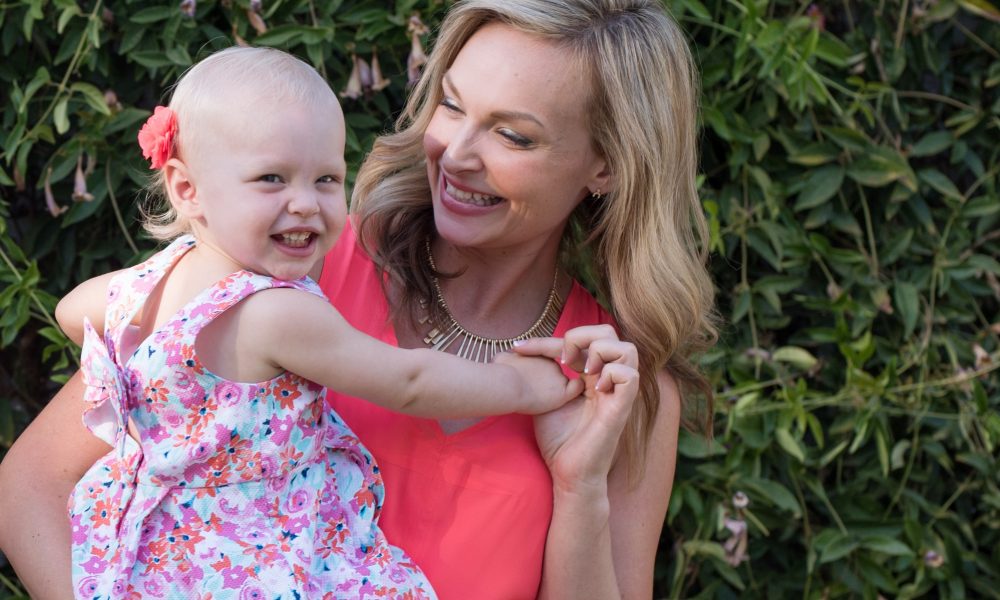 I hated school growing up. I was homeschooled up until high school, and then I went to a private Christian school. I hated homework and would put in the least amount of effort to get good grades. One time, I remember being assigned the human skeleton to draw for art homework. Read more>> 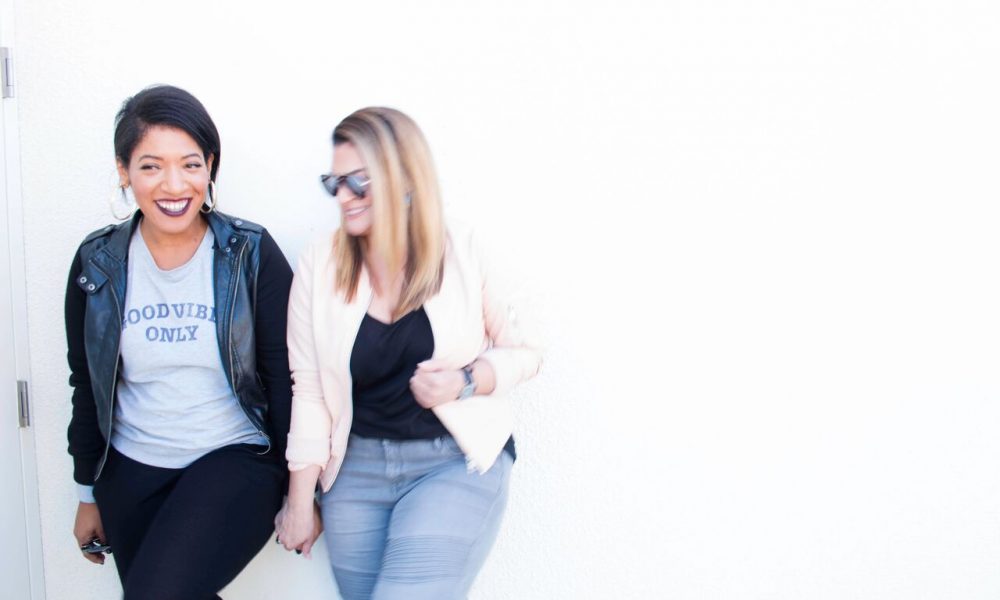 The Sparkle Bar was born out of necessity. Alex needed her makeup done for a wedding she was attending. She asked me to do her makeup but I was booked but offered to make her an appointment at a Neimans, Nordstrom or Saks but she wasn’t feeling it – too often, she’d encountered makeup artists who didn’t know how to match her skin, who put on too much makeup or who spent the entire application trying to sell her products. Read more>> 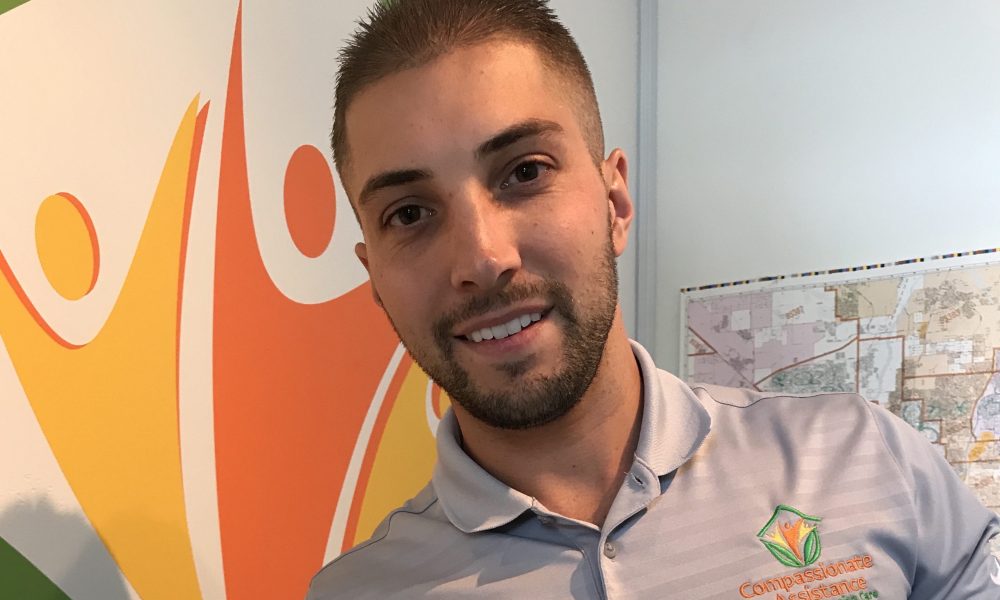 My name is Carl Gregory Santoro. I am from Philadelphia, Pennsylvania. I obtained my MBA from Wilkes University. I have been a caregiver for my younger brother, Joseph, who has Down Syndrome, my entire life. From first-hand experience, I personally know what it means to provide top quality care. Read more>> 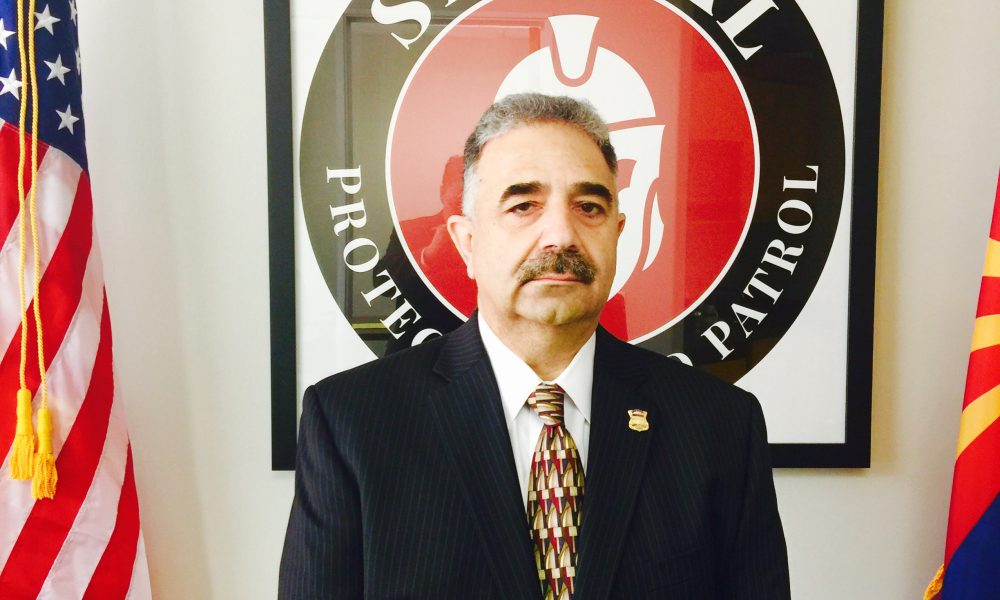 I started in this industry in Toronto, Canada after finishing my military service when I was hired by a specialty security company that provided dignitary & executive protection, along with traditional security services. I worked in various specialized security officer positions including as an armed security officer, private investigator and special assignment group team member in Toronto nearly 36 years ago. Read more>> 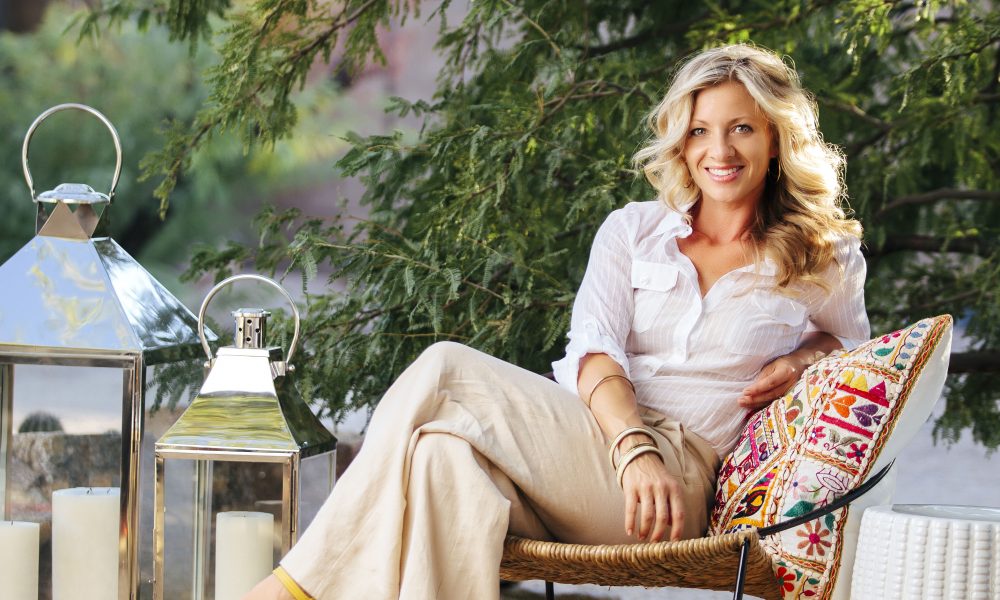 I grew up as the daughter of two very creative, forward-thinking, problem-solving parents. My mother, who was a middle school biology teacher and later a middle school counselor, is a very talented artist and highly skilled communicator. Read more>> 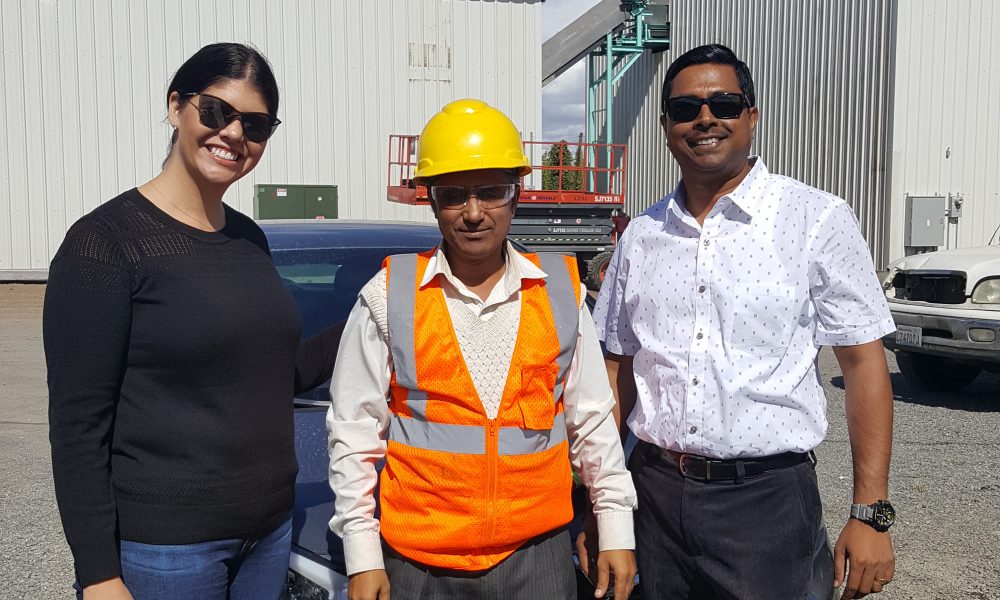 A young 24 yr old structural engineering grad from a premier Institute in India gets recruited by the branch office of a US firm in New Delhi not knowing where it will take him. After just 6 months into my job, I get an offer to join the Virginia HQ of the US firm as Project Manager. Read more>> 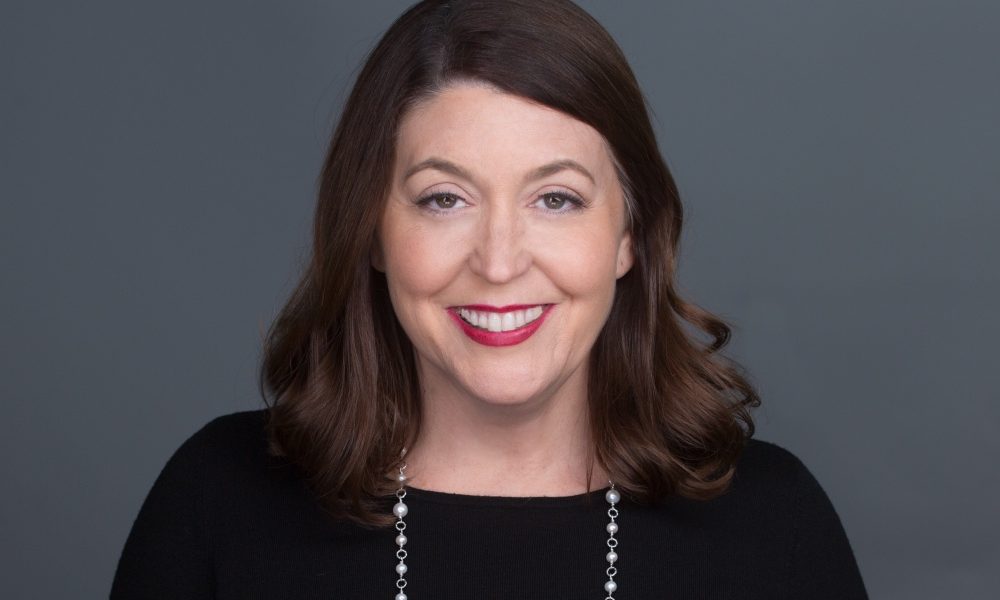 As a teenager, I was a serious student. I aspired to be a businesswoman who worked in an exciting industry and loved her job. While in college and enrolled in business classes, I kept having a variety of entrepreneurial ideas. However, it wasn’t until 2004 – 2005 or so did I get the inspiration to open an online business. Read more>> 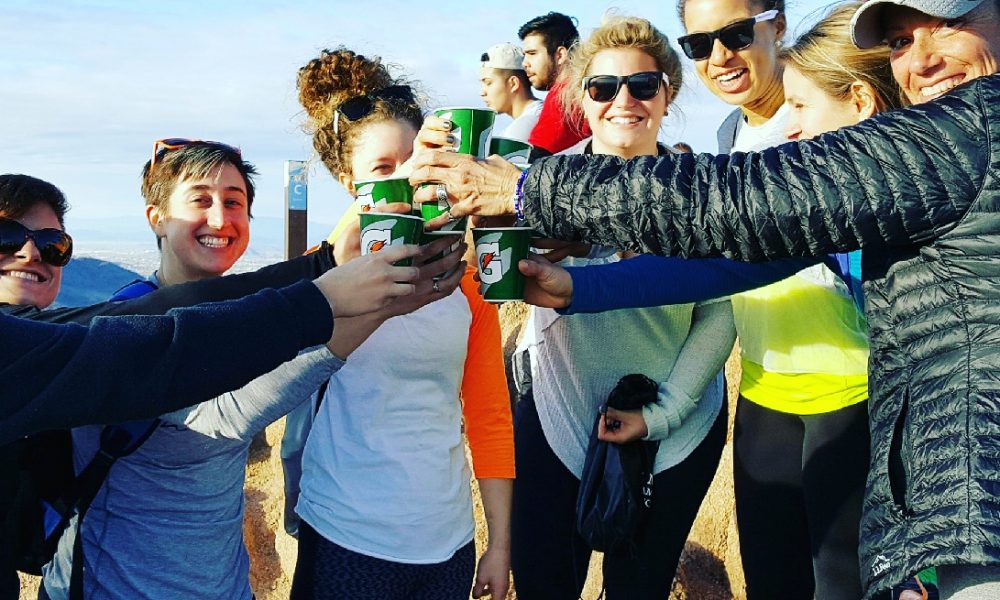 I worked as a day tours guide for another outfitter here in the valley as a senior mountain bike and a hiking guide for close to 4 years. I had the opportunity to take out small groups, families, kids and solo guests on amazing and fun adventures. Read more>> 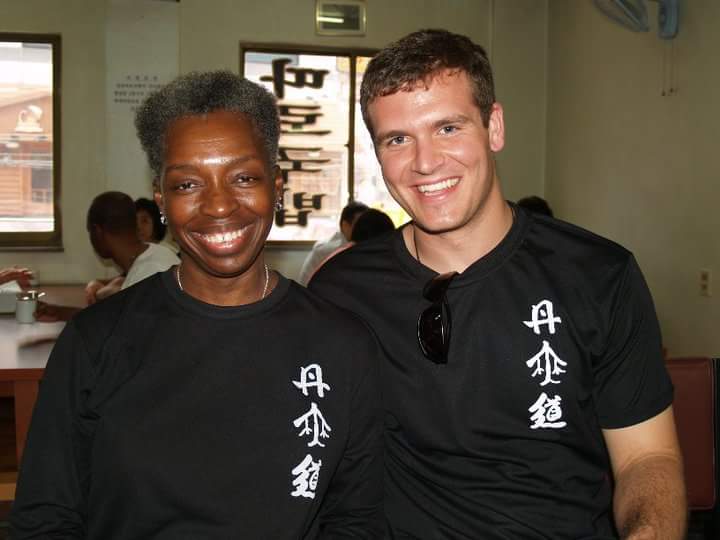 I first came to a Body & Brain Center in Denver in the fall of 2008, after recently leaving college in my senior year. I had tremendous bouts with anxiety and panic attacks, which eventually led to depression since I was about 5 years old. I kept it under control fairly well until I was 15 years old. Read more>> 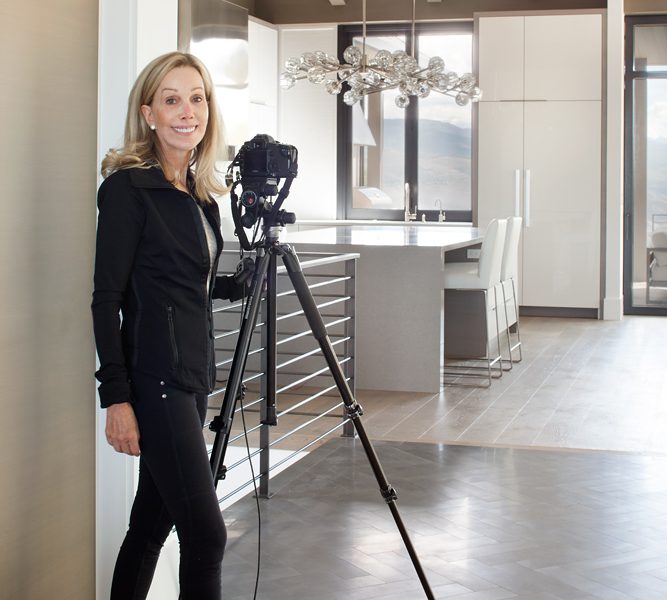 Dana Lyon’s passion for design started at an early age. She began renovating many homes in her early twenties while living in San Francisco. During the same time period, she led a full life with a career in advertising at J Walter Thompson. From there she embarked on a career in publishing at Food and Wine. Read more>> 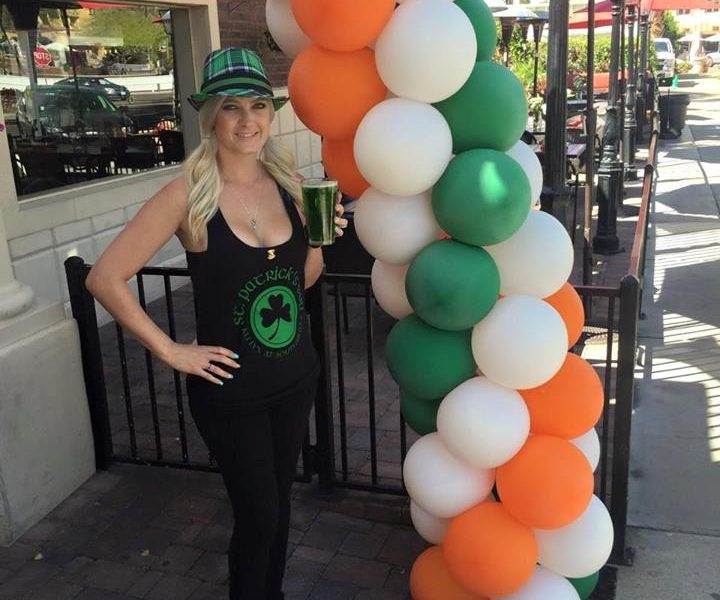 I walked into my first restaurant on my 19th birthday coming from a hair show in a gown and all dolled up. I walked in while it was being built and was hired on the spot as a server. Within 2 months of opening, I became a bartender and have never looked back. Read more>> 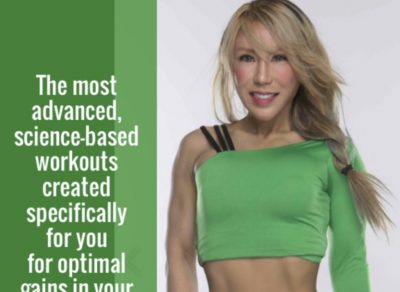 As a corrective exercise specialist/an exercise physiologist, I saw the opportunity where I can make a difference in the current world of fitness where so many fitness enthusiasts are focused on aesthetic improvements rather than exercising for total wellness of their bodies. Read more>> 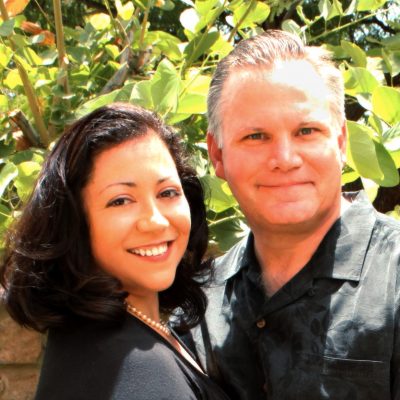 As a young family man in California while working for First American Title Insurance Company of Modesto in 1988 I first heard Zig Ziglar say his famous words. “You can have everything in life you want if you will just help other people get what they want.” Read more>>

Krato solves the biggest problems in the industry by helping founders and their sales teams connect with their distributors, hostesses, and customers more conveniently than ever. Not only do we make communication easier, but we make training distributors a snap by using gamification elements that keep them engaged and turn selling into play. Read more>>

In my first career of 42 years, I was fortunate enough to find success as a luxury home architect and general contractor. However, I also found that there is a tremendous waste in the building industry. The waste is especially evident with the remodeling process where usable goods are thrown away and replaced with newer, more fashionable materials. Read more>>