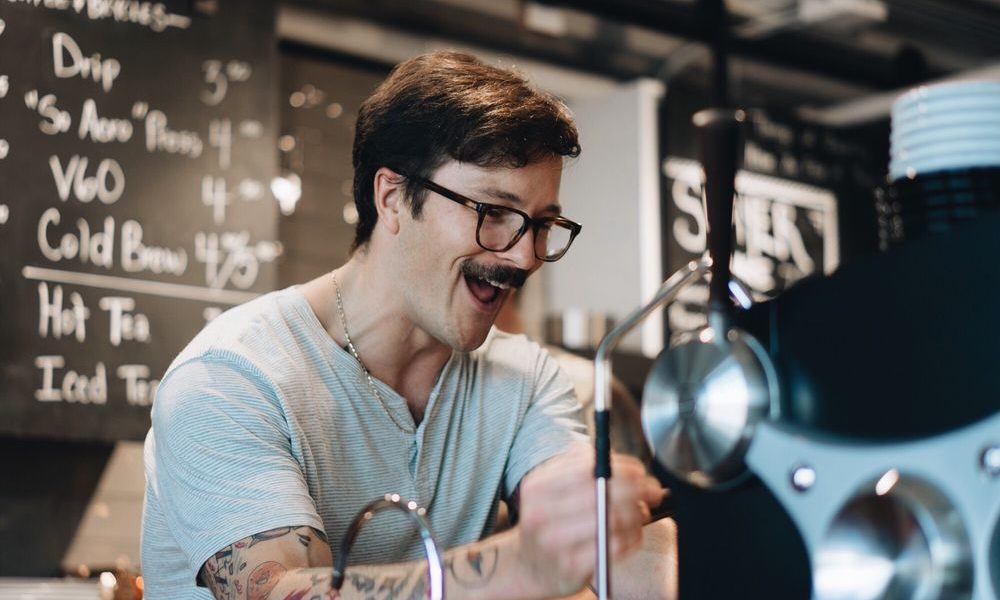 Regroup Coffee + Bicycles started on the back of a napkin in early 2016 and came to life officially on October 1, 2016 with our grand opening. My partners and I set out on a mission to change the local cycling and coffee shop scene and provide our community with a place that is warm, welcoming, and non-pretentious. Read more>> 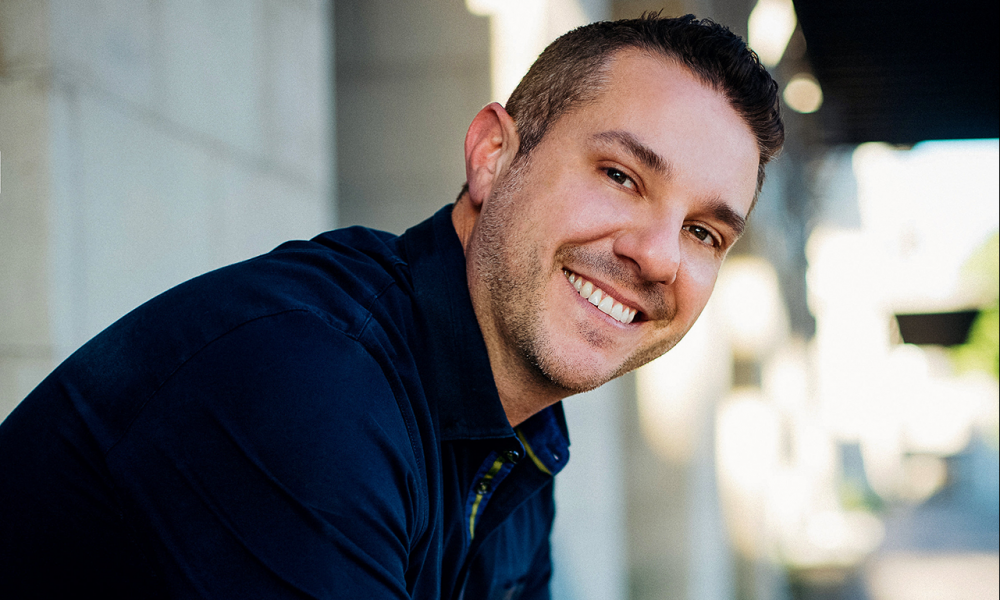 Hospitality has always been Justin Cohen’s number one passion. In the 20 years he has spent in the industry, Cohen has become a respected and committed expert of restaurant/nightlife leadership.After years in the industry, working for some incredible restaurant group as well as spending time in Japan for a Restaurant venture, Cohen was recruited by Fox Restaurant Concepts (FRC) where he quickly became the youngest Regional Director of Operations in history and was directly mentored by the owner, Sam Fox, one of the most-renowned restaurateurs in the nation. Read more>> 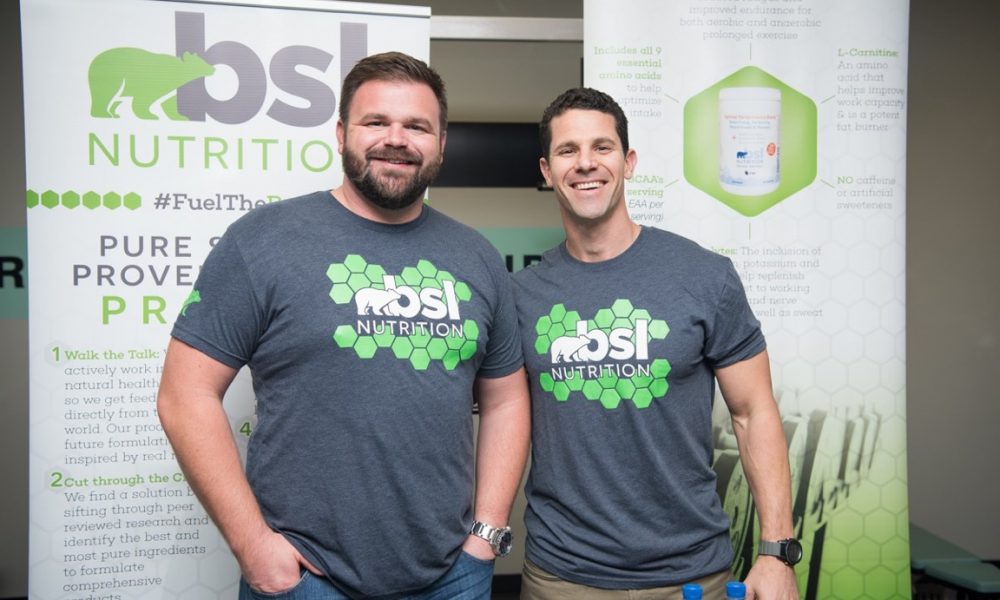 We know what it is like to overcome our own health challenges and struggle with proper nutrition for wellness and recovery. As a result, Co-Founders, Ben and James, individually began a journey to find alternative healing which sparked careers in natural health industry. Read more>> 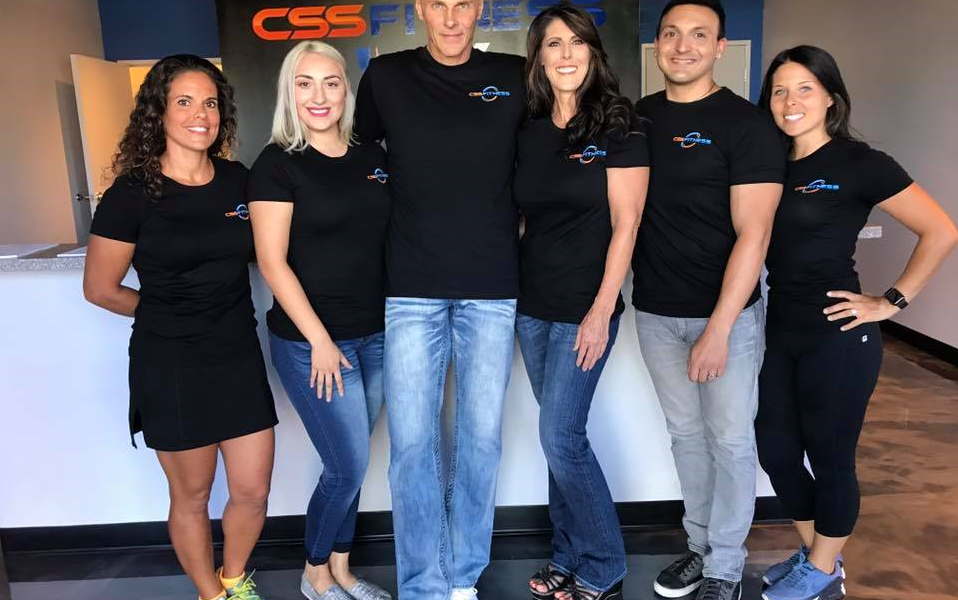 CSS Fitness open in October 2017. There has been a void in the group training sector as the small boutique gyms only offer one style of workout, this is typically due to small square footage locations only able to offer one class. At CSS we offer 3 very different types of group training. Read more>> 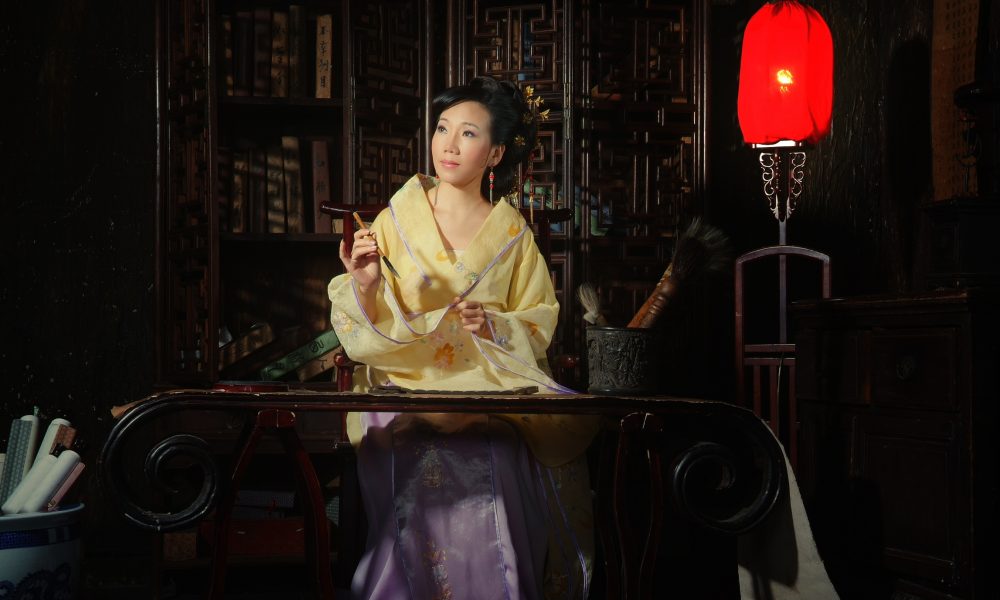 Two years ago, I came to AZ from Chicago and worked in an Acupuncture clinic in Scottsdale. One year later, I start my own business in Tempe. Most of my patients are Chinese. One Chinese patient felt very good after my treatment, immediately helped me to create a Wechat group and bring one hundred Chinese people in the group, now expand to 300 people. Read more>> 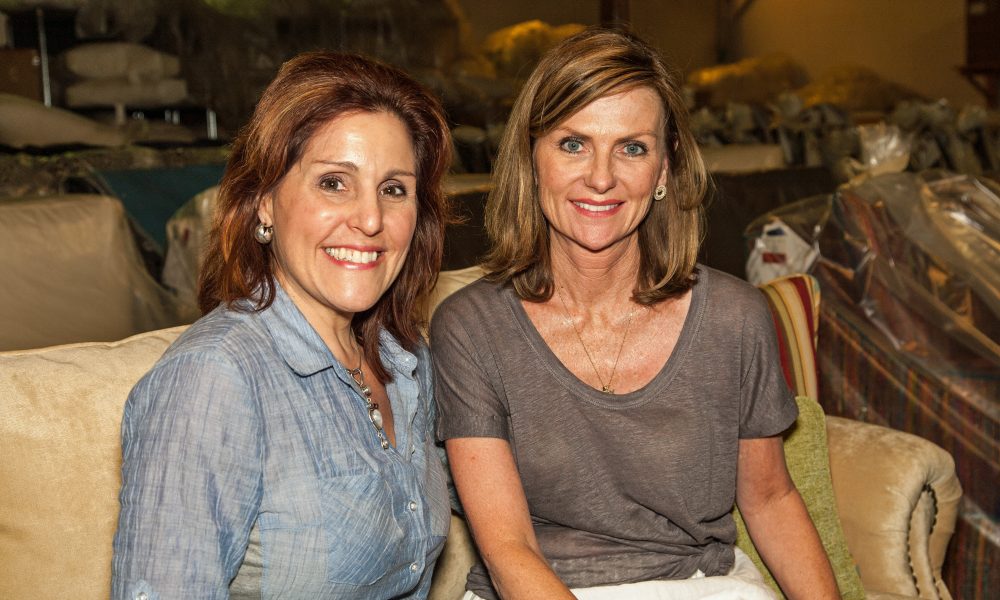 After 14 years designing products and marketing campaigns for consumer products and telecommunication companies, Suzanne decided to go back to school to get her interior design degree. It is this unique combination of business skills and interior design expertise that makes S Interior Design the best choice when you are considering hiring a professional designer to transform your home and/or offices. Read more>> 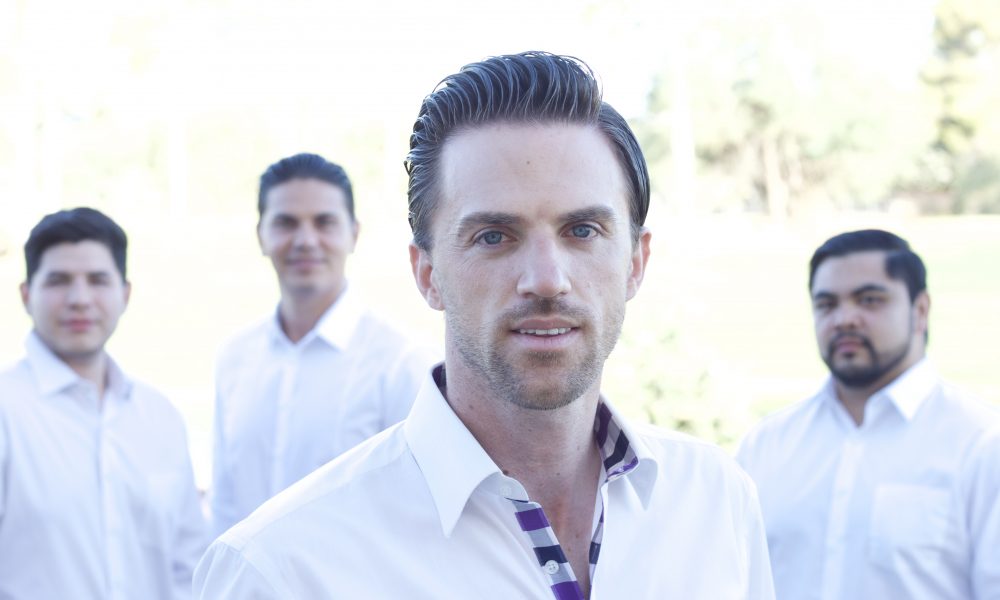 Being from Germany originally I had to learn a lot to build and establish a new founded company here in Scottsdale, Arizona. Starting a business is always and for everyone a challenging endeavor and given the fact that I had to learn everything from zero made it a harder and more interesting journey. Read more>> 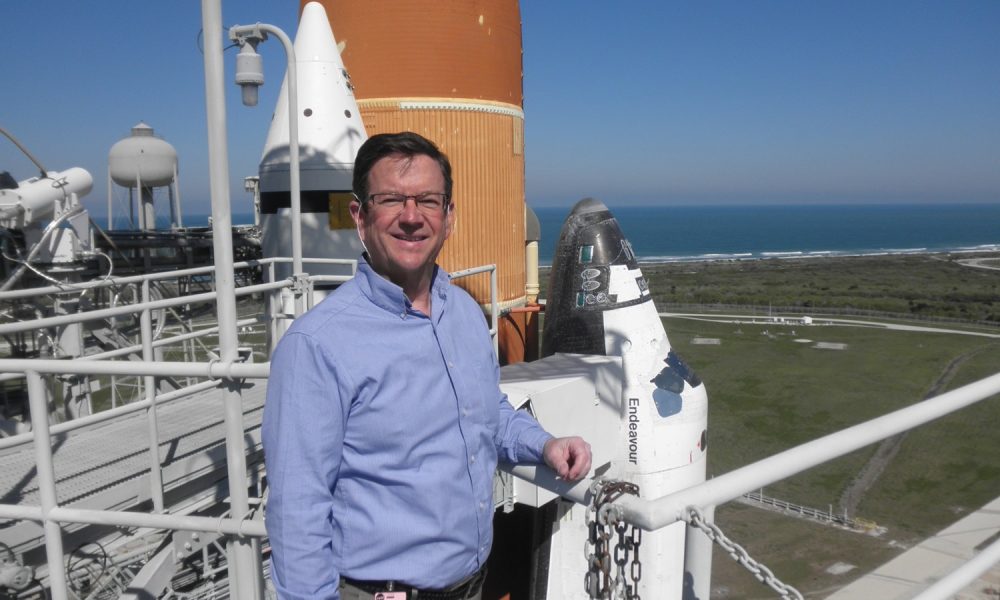 The old Grateful Dead lyrics “What a long strange trip it’s been” is very appropriate for our story. To begin with, Branfiller.com is the brand that represents me personally and the training programs and products that I develop as well as forensics/expert witness services. Read more>> 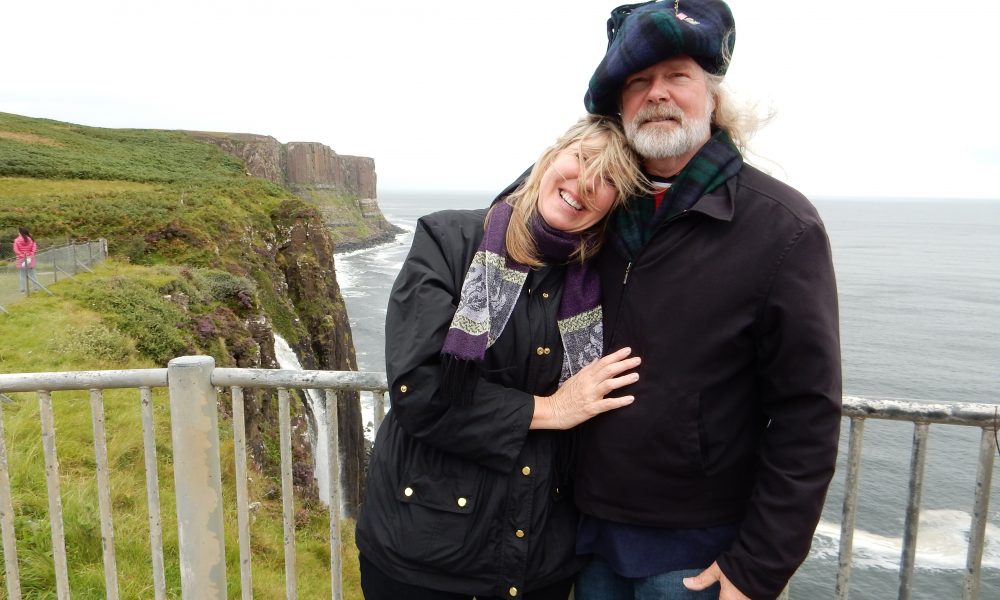 I am a professional bagpiper, and I would have a small booth at the Bridal Shows to promote my piping for weddings. Around 20 years ago, I was getting a lot of inquiries from grooms to be on where they could rent kilts for their weddings. Read more>> 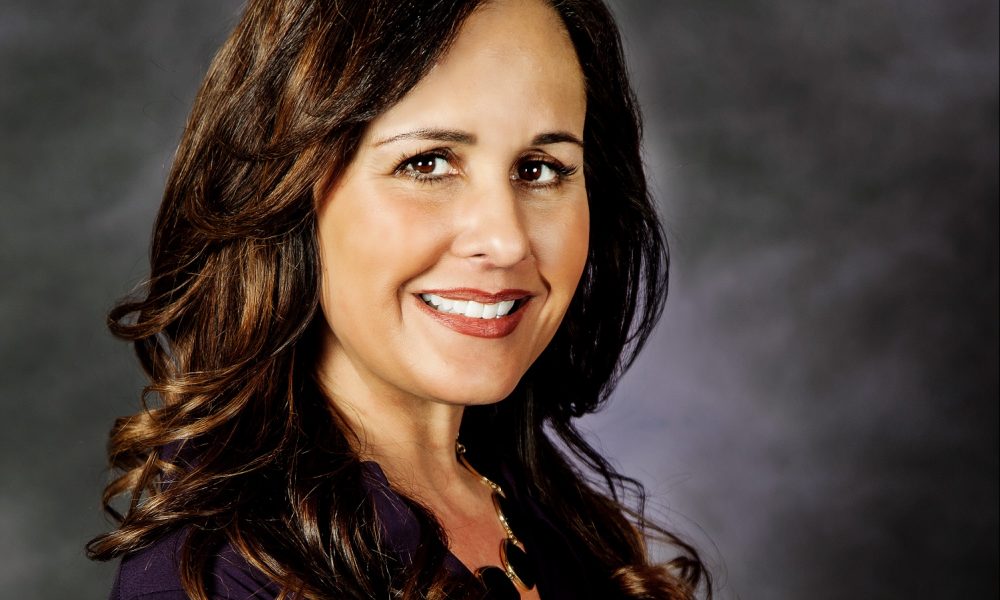 I started MASK ten years ago. I was a stay at home mom with a blended family of 5. My two oldest at the time was in 6th and 4th grade. One day in the car I brought up one of those tough to talk about subjects “sex” to my 6th grader. I was never talked to about sex, but as a mom I wanted to have those types of conversations available and open to discuss with my children. Read more>> 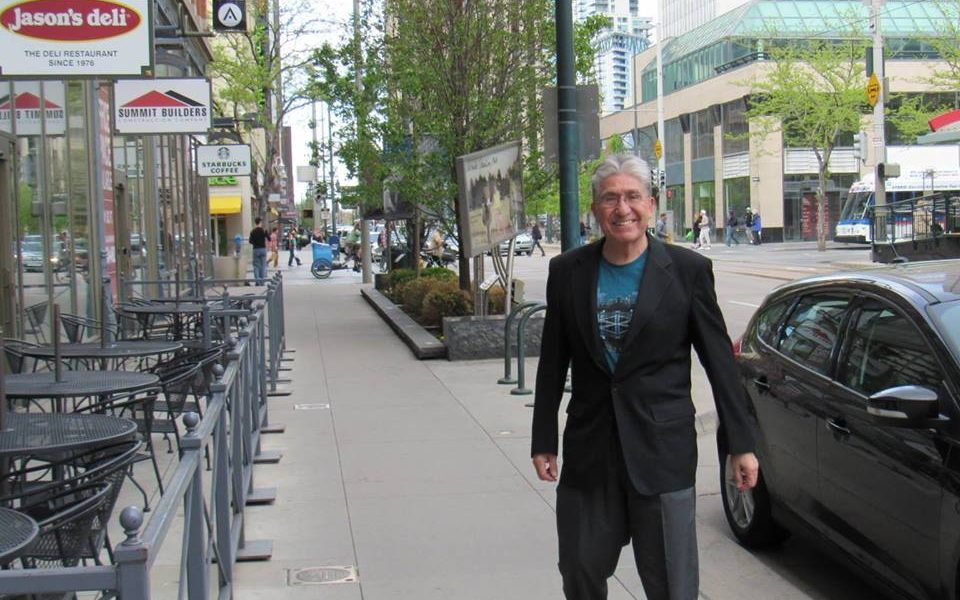 A 14 year project that took many years to build now recognized as a leader in streaming audio and video. 20 in the computer field has given the edge to compete and maintain a cutting edge of media. This radio/TV station is the most interactive streaming media in Denver, using the most sophisticated hardware and software available has made this a medium for Denver artists to send the world their message. Read more>> 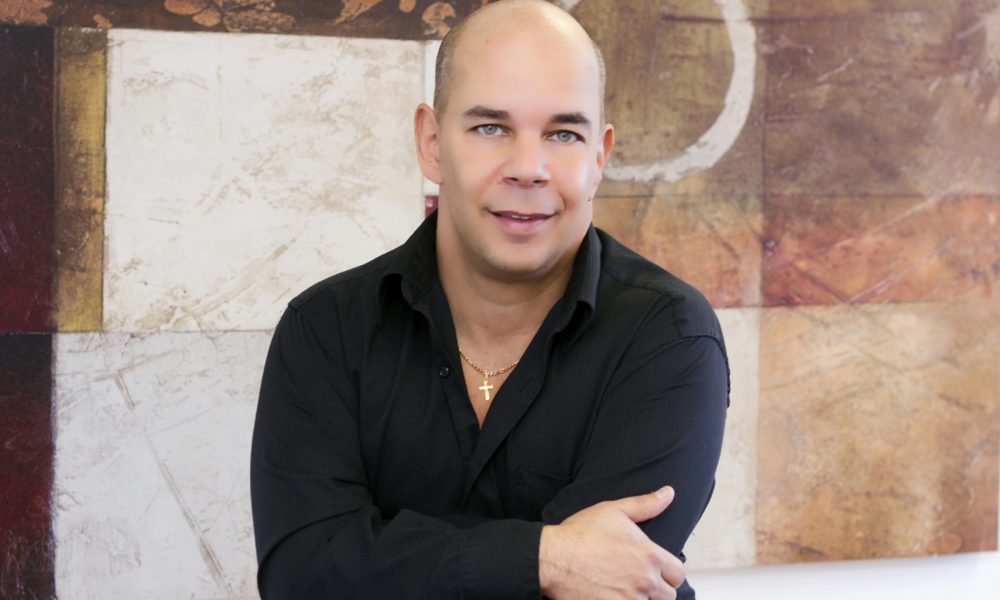 At 20 years old, I began to DJ part time for small events such as friends parties in Pennsylvania between New York and Philadelphia. Over time, I was fortunate to find myself being booked more and more frequently through word of mouth in the close knit area. Read more>> 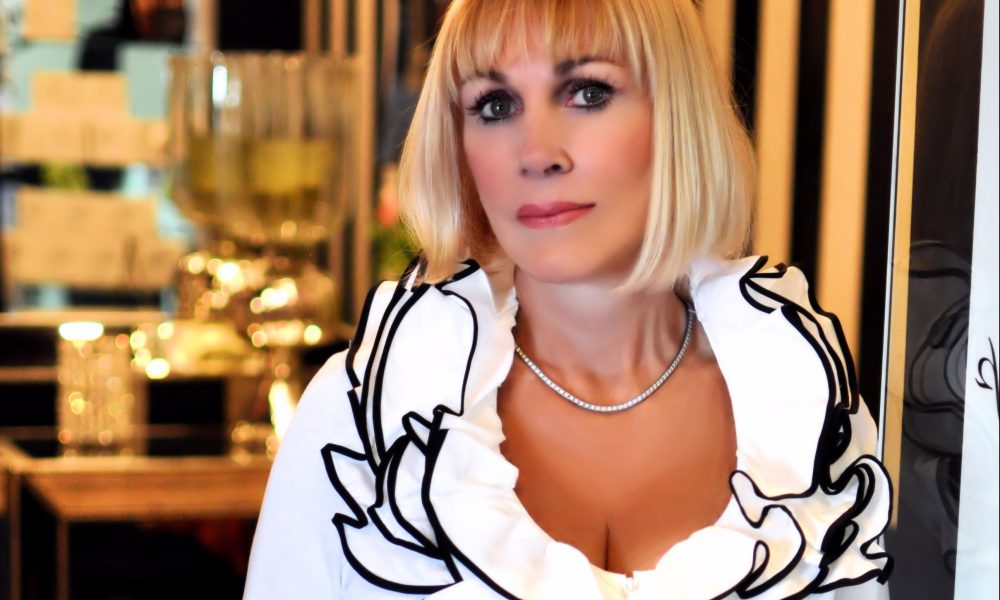 I owned a hair salon in Scottsdale back in the late seventies. I attended a hair show in California where a doctor was giving a presentation on permanent makeup. I thought at the time that it was a crazy idea however I took the information home to think about it. Read more>> 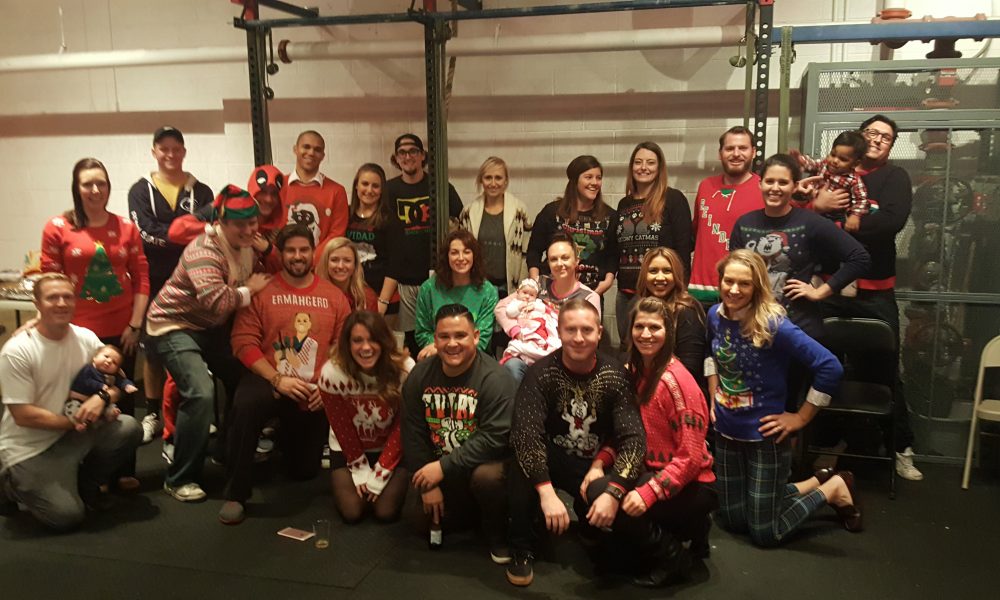 In 2013 I was working for a dental company here in North Scottsdale and I thought at the time I wanted to quit my job and make a go at getting into dental school. During my first year getting back in school to take some pre-requisites for applying to dental school a lot of family things happened and I realized that perhaps dental school wasn’t the route for me. Read more>> 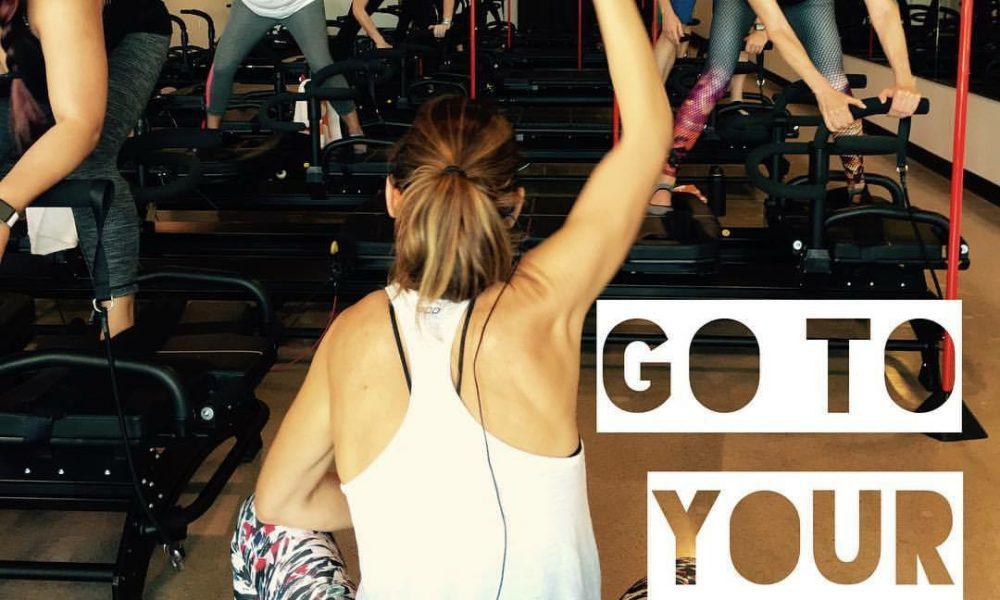 I had been instructing vinyasa yoga classes for a decade in the San Francisco area. Michael left a Wall Street career (2015). During his time off, he became a devoted fan of small class fitness formats- spin classes, yoga and TRX etc. We discovered the Lagree Method at this time. Read more>> 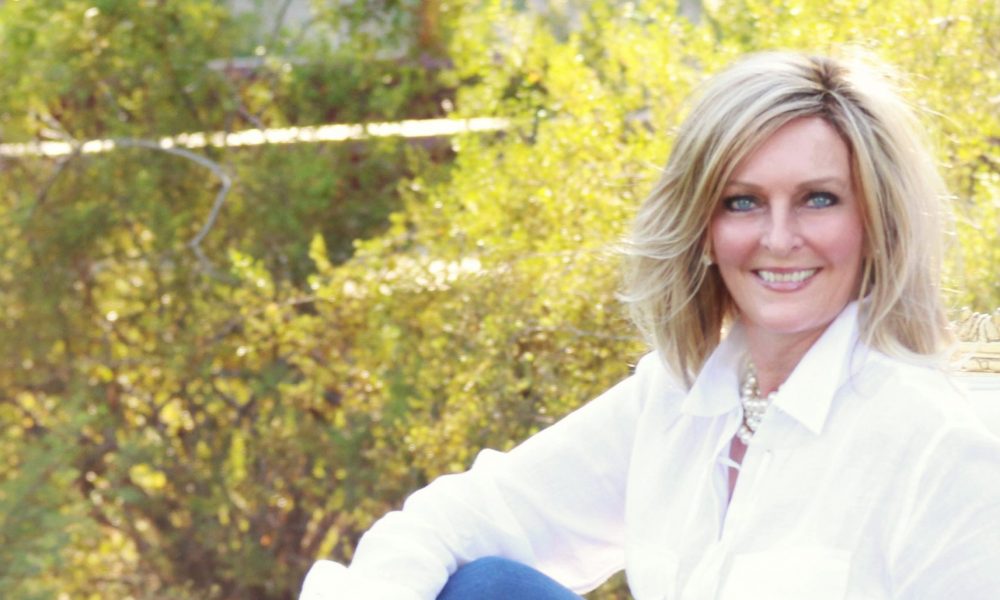 I am a Midwestern native and transplant to Scottsdale, Arizona nearly 25 years ago. I knew my love for and gifts with Interior Design began early in my professional career when our group of elementary school moms joined in hosting home tours and holiday boutiques as fundraising efforts for the elementary school where our children attended grade school. Read more>> 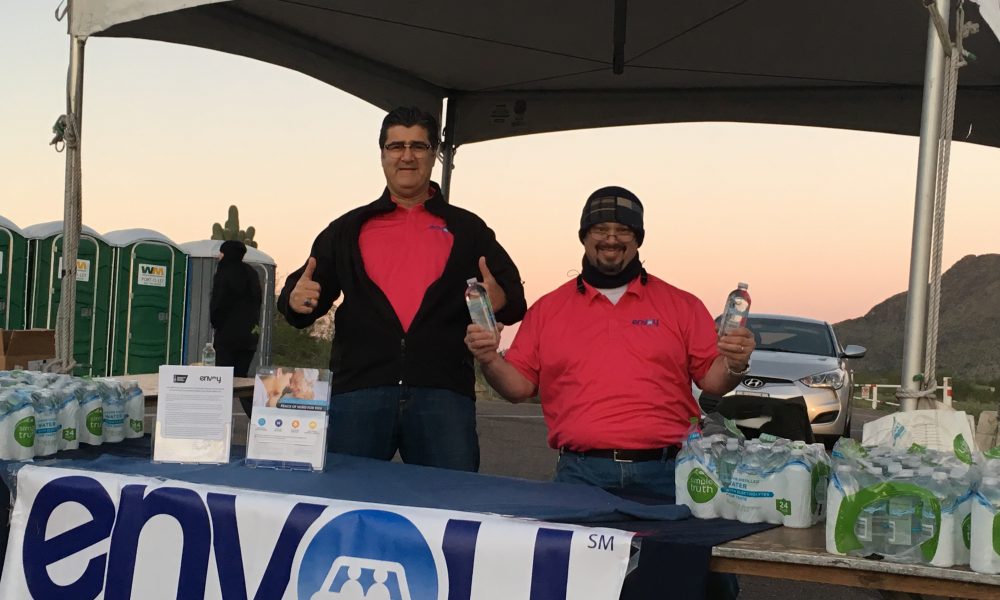 As my parents aged, their ability to drive deteriorated over a number of years. They went from driving themselves like most of us do, to not being comfortable driving at night or driving on the highway. Add to that, they started getting into car accidents due to their eyesight and physical limitations (leg and back pain, slight memory issues, battle with cancer, using a walker …). Read more>> 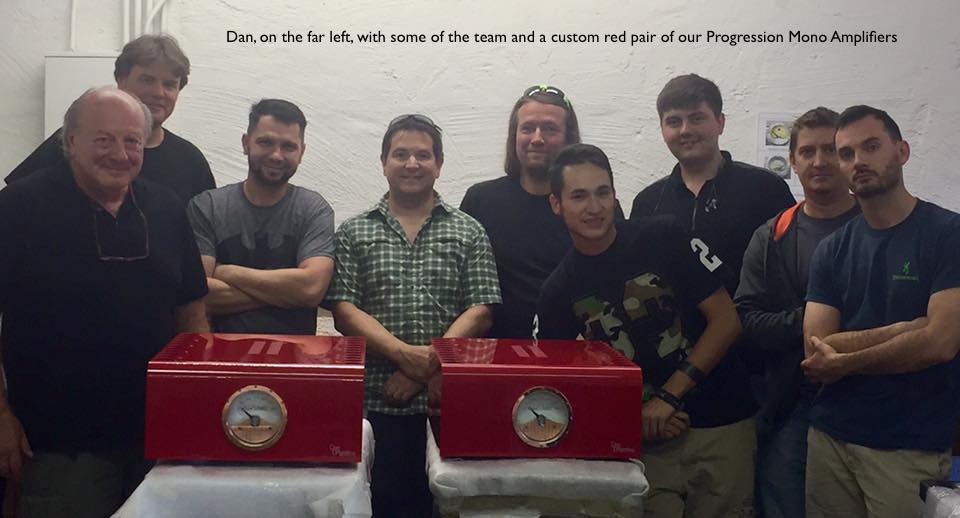 After nearly 30 years at the high performance audio company I co-founded,, I left and co-founded my new company in 2011. We specialize in designing and manufacturing the best sounding audio electronics for home stereo and home theater systems. Read more>> 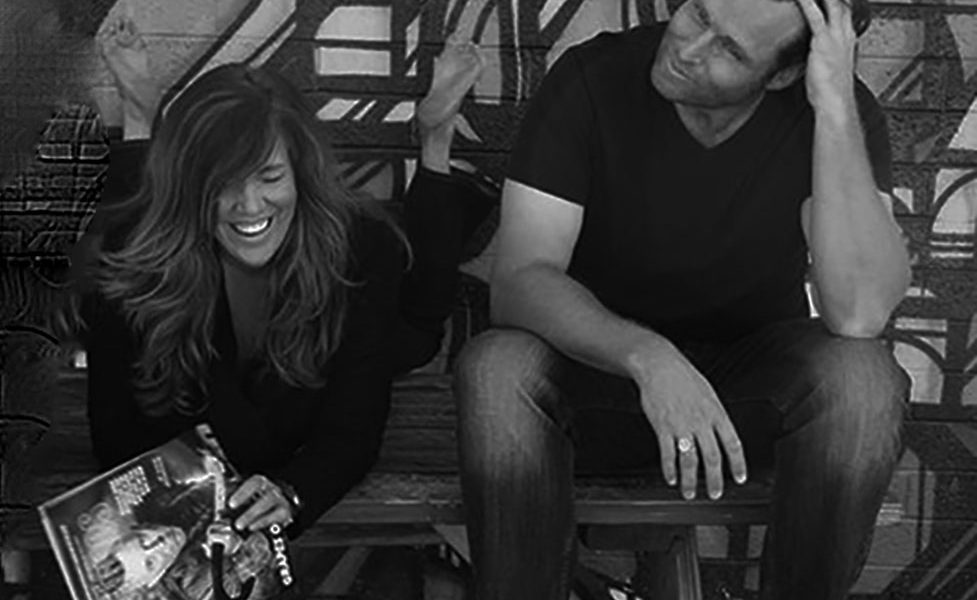 Syndeelou Jones considers herself to be a “warrior of love”. “I’m not ashamed to be a warrior of love. I believe that our ability to spread love and to accept love is our greatest responsibility and asset. By putting love in everything we do, we truly can inspire positive change in the world… and that is a cause worth fighting for.” Read more>> 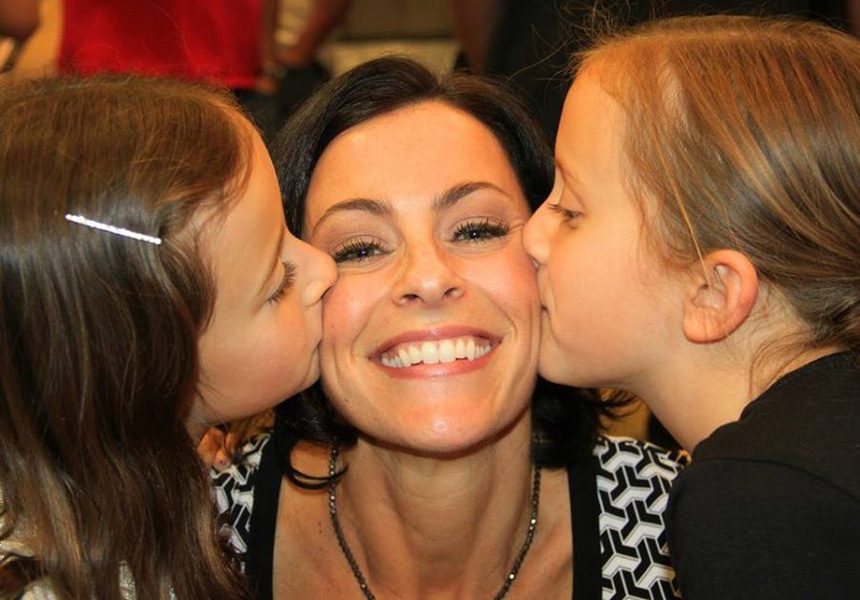 My passion has always been, and I am certain will always be, people. I love people. And what I love even more than people are specifically those individuals who are learners, who have open minds and open hearts, and who want to live their best lives. Read more>> 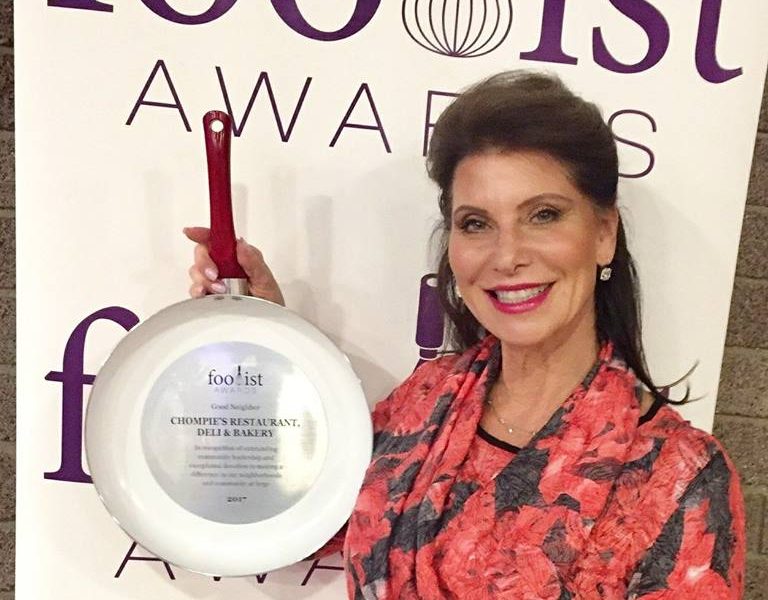 My family and I started Chompie’s Bagel Factory in 1979 in Phoenix, and we were the first store to sell authentic, New York style bagels and bakery items in the city. My parents Lou and Lovey, along with my brothers Mark and Neal Borenstein, moved from New York City to Arizona in 1978 to escape the terrible East Coast weather and the Son of Sam (also known as the .44 Caliber Killer), who was wreaking havoc at the time. Read more>> 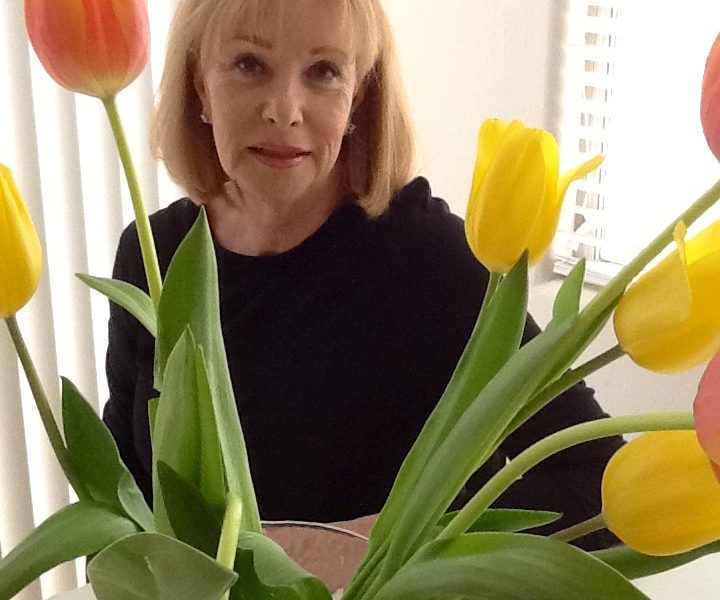 After 15 years of being a senior medical bill negotiator for Aetna Insurance, Federal Employees programs, and saving approximately $7 million per year for a total of over $100 million in savings. I decided to utilize my experience and expertise to negotiate medical bills for consumers. Read more>> 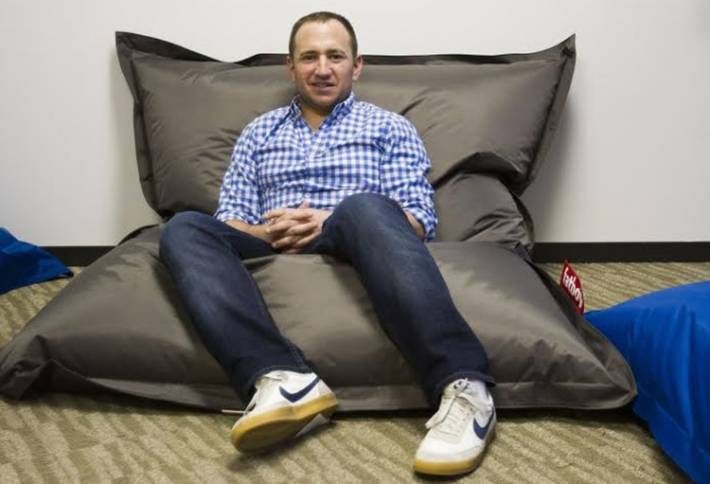 DeskHub was formed from a desire to create an entrepreneurial atmosphere, initially more akin to San Francisco than Phoenix, where people could work, collaborate, and grow their businesses and the area. We started in January 2015, and have since seen an explosion of community and growth from greater Phoenix. Read more>> 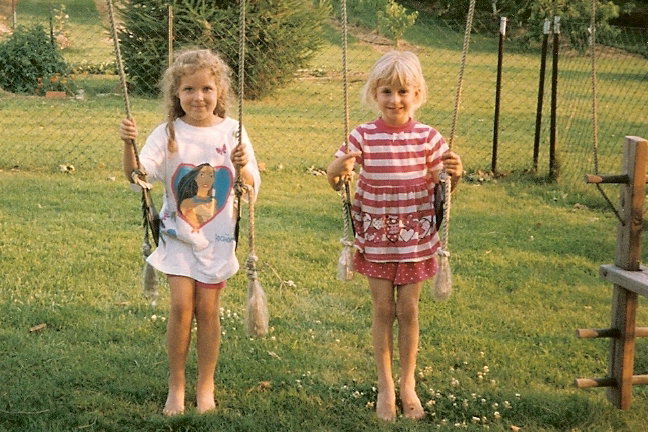 We are Jillian and Laura – bestie cousins who have always dreamed of owning a boutique. After college Laura took a job managing the Bella Bridesmaids location in Raleigh, while Jillian was working in advertising in Denver. In the summer of 2015 (the day after Jillian’s birthday, to be exact) Laura decided she was ready to make a change and leave North Carolina. Read more>> 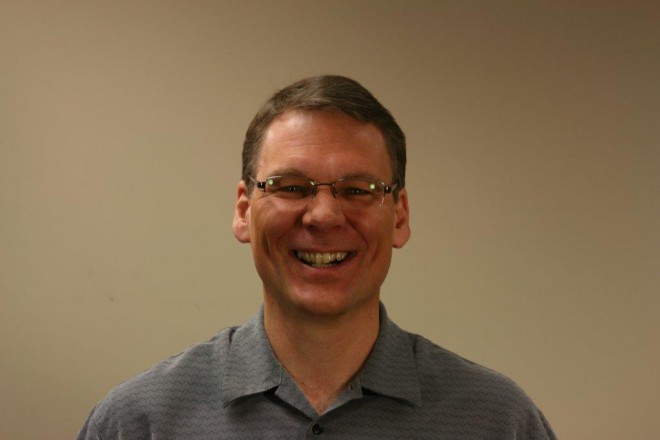 We were founded in 2012 by the pioneers of price optimization for retail. The founders built JDA, Khimetrics, and Revionics. Our mission is simple. We have a solution that can help leading retailers improve their profit potential by helping them price and promote their products in alignment with true consumer demand. Read more>> 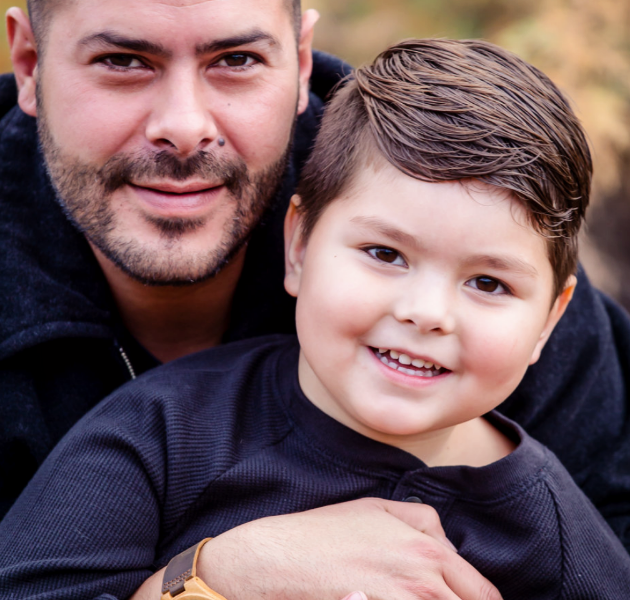 My name is Eddie Padillo I have been in the food and beverage industry for 23 years now. I started in San Diego where I’m a native and I moved to Arizona about 10 years ago. I have worked for a couple very large restaurant concepts in my time and I have opened over 60 restaurants all over the country. Read more>> 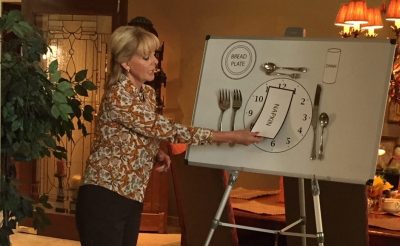 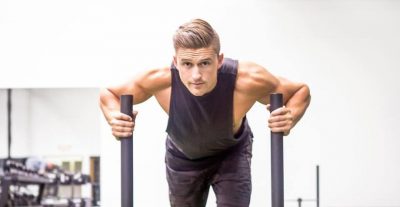 Moved to Phoenix in 2012 right out of college at 21 years old. Started personal training and became very successful at it. Decided to get out of corporate training after one and a half years and go independent and created Glory Gains personal training. After working hard and building my brand for three years I saved up enough to start Glory Gains Gym. Read more>> 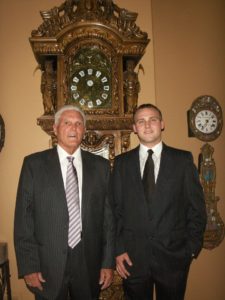 I purchased a clock for my wife while I was stationed in Bitburg Germany with the United States Air Force. When I tried to repair the clock, I quickly found out I had no idea what I was doing. After many, many hours and many, many failed attempts, I finally repaired the clock and at that moment, I was bitten by the clock bug. Read more>>

I am the owner of a small restaurant group that has been around for 11 years we are an east coast Italian eatery that does a very authentic product and treats everyone from our staff to guests as family. No. This business has been tough but it is a labor of love. We started out in 2007 as the recession hit and never really knew the direction of this company. Read more>>