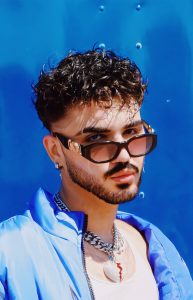 Today we’d like to introduce you to Lucas Essman.

Hi Lucas, we’re thrilled to have a chance to learn your story today. So, before we get into specifics, maybe you can briefly walk us through how you got to where you are today?
When it comes to my story, it’s honestly been an insane journey. The most important part I think about what I’m pursuing in this industry is my message of why I wanna do it, the internals behind the glitz, and the glam you know?

Growing up, was honestly pretty hard, in no way am I a “victim”, but being the obese, nerdy, awkward, closeted kid definitely doesn’t breed the easiest time growing up.

These traits and traumas don’t just disappear either as you grow up, and a lot of people don’t feel like they can achieve what they want because of the traumas embedded within themselves.

This was always something that I held within me growing up, but as my artistic passions grew I tried to silence that inner voice. I started at 15 with photography, and I grew to love fashion photography. I started experimenting with my style and my appearance and I grew confidence from my own individuality, I was able to let myself bloom.

When I feel like giving up on my dreams or what I want to put out into the world, what keeps me going is honestly just remembering if that one day I get to a place where my platform means something; that I’d be able to fight for people who have felt like that and do feel like that. No matter how much the message of “be yourself! Relax!” Is preached, I still feel there is immense pressure.

I wanna show the world and people who feel like me that it’s possible and they can overcome things and get to where they wanna go. That’s what’s always inspired me, successful people I admire who had to fight to get where they want. Once I started really doing more photoshoots on my own with my photographer friends, or my mother who happens to be a photographer. I would get reached out to for collaborations and shoots outside of my friends, and it just kind of snowballed from that point. From there I would also make initiatives to initiate business interactions as well, and I started kind of managing and promoting myself. I learned a lot about these areas of social media management from research in my free time. I slowly built myself up online as the years went by, through creativity and hard work I think.

I’ve always been stubborn, so when I visualize and want something for myself, I usually won’t give up. I want to make an impact in the modeling and fashion world as something that could be different. I want to be able to open those gates to those who don’t feel like they can do that or exist in certain other spaces.

I’ve observed and met a lot of people who don’t feel like they’re enough, or who don’t feel beautiful, particularly in the community I belong to, the gay/bi/queer men I’ve come across have had serious image issues due to the male representation we have currently in the industry.

I want to be able to spread the message that each person has their own unique set of features and traits. I feel like everything is such a competition nowadays that I think that gets lost. I feel like I have to be perfect sometimes, and I want to be able to take that pressure and anxiety off the next generation of boys, particularly queer boys that feel the pressure of male beauty standards the most.

Alright, so let’s dig a little deeper into the story – has it been an easy path overall, and if not, what were the challenges you’ve had to overcome?
It has definitely been a road with a good amount of potholes, detours, and rarely shortcuts.

I already touched on how childhood was, but I often felt alone a lot. The creative outlets I ended up pursuing were usually my solace for not feeling enough or like I belonged. Being the fat kid I was bullied a lot, I hit puberty earlier so I was called a gorilla in 5Th grade, and being closeted never helps. It was hard back then to pinpoint my identity I think.

I was compared to my brother, my athlete heterosexual brother, who was told he looked like joe Jonas a great amount of the time. I think I had to figure out who I was outside of what I was expected to be by my family or the people around me. Whether it was how I was supposed to look, or who I was supposed to be.

As a teenager, I started to blossom more. I think my own personal journey went along with my professional journey. If I had never opened myself up to the world, I wouldn’t have grown to be the person capable of putting myself out there the way I do now. In the fashion/modeling world, I think confidence is truly key.

I want to talk about something regarding that confidence as well. I think a great amount of people would take one look at me, or any other guy in my industry, and think they’re full of themselves, that they’re confident without a worry or insecurity in the world.

While it’s understood the darker reality of female models, I don’t think male body standards and that impact get enough spotlight. Straight and gay men alike have self-depreciative thoughts about their bodies every day, and it’s even worsened in an industry where your physical form is your job, it is constantly highlighted and has to be perfect. This can weigh heavily on somebody.

It can wreck self-esteem and self-image. It’s impacted me a lot and sometimes it’s something I still have to fight through. Sometimes it’s hard to not still feel like that fat kid. If anybody ever feels like that, just know no matter how alone you feel, it’s never true. A lot of people have these dysmorphic thoughts about their bodies, gay/bi/queer men especially, but it’s not really paid attention to.

Once I started really loving myself or at least trying to every day, I was able to put myself out there more, the shoots got more and more professional. With that would come other challenges. Perverted photographers, executing the photographer’s vision, getting the outfit right. I had to start learning about the nuances of everything while still staying confident in myself, which was a process in itself.

The self-doubt of if one “can really embody/handle/live this life” is so prevalent in this industry, and I wish it was talked about more. It’s a constant struggle for me, wondering if my message will get lost eventually in it all, but I think hope for the silver lining is important for anything in life.

Alright, so let’s switch gears a bit and talk business. What should we know about your work?
When it comes to my work, I feel like as a collective, it’s been kind of everywhere. But currently, I’d say print modeling, runway modeling, and fashion design are my main areas of focus or what I’d be known for. I guess I could also be categorized as an influencer too.

When I said as a collective it’s been everywhere, I started out with drawing, painting, and sculpting as a kid, which moved to landscape photography, then portrait photography, fashion photography, and finally, I got into modeling around age 19 I would say. I started getting into fashion around 15 though, I was and still am really passionate about what a good outfit can do for somebody’s mental state & self-esteem.

When it comes to what I feel sets me apart from others, honestly in the least corny way I could possibly say this, probably my heart. Once I hit my 20s I really encountered types of people I’ve never met before, similar to those from my hometown but maybe even more apathetic.

What keeps me going is thinking that maybe I could make a change one day to the institutions that so viciously had me in a grip when I was in my youth, so maybe the future could be a little easier for those who don’t fit the mold you know?

Money, fame, sex, love, whatever is fleeting but, being able to say “Hey, I don’t like how this works, this is harmful and this should change” and then going out into the world and attempting to do that, is something truly magical I think. I think people can create magic around them every day with their actions, as loony as it sounds.

You can put people under spells with words just as you can set them free with words as well.

Is there any advice you’d like to share with our readers who might just be starting out?
Honestly, starting out is weird and daunting. I was not the type who just decided one day, “I’m gonna be a model!” I honestly struggled with self-image and was diagnosed with body dysmorphia up until I’d say age 17, so it wasn’t something I thought I was capable of.

So my best advice would be to take it slow as I did, make sure it blooms out of your natural interests. This industry is full of fake people, photographers that won’t always be the most professional or wanna take advantage of you, slimy deals, etc. you gotta really have a passion and love for the art of styling an outfit and fashion and figuring out whatever that means to you, what fashion brings out in you and others that you love so much; that’s what will keep you going.

I honestly wish I knew how people would start to view me. Growing up, I always felt like I was only viewed as the fat nerdy awkward kid, but now it’s almost the same problem but flipped. Many will judge you at first glance and have a whole world of assumptions about who you are, what you stand for, and how you move through life without even knowing you.

This trickles into business relationships, which gets tricky. But you have to always remember why you’re doing what you’re doing, and what your message is. What do you want to change in the world? That’s the flame that will always keep you going.

Something motivated by love like wanting a better tomorrow for not only yourself but for others will be something worthwhile. 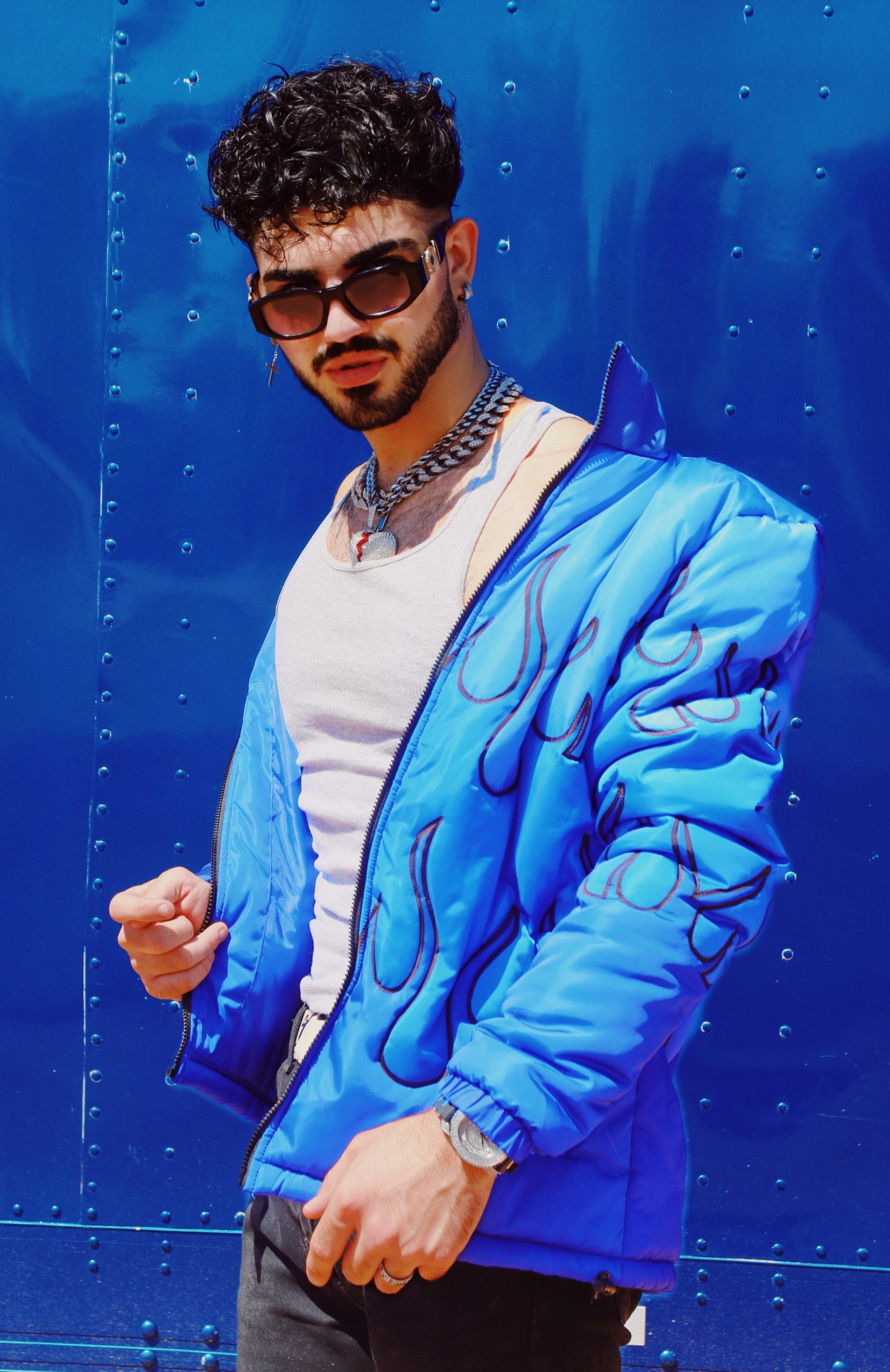 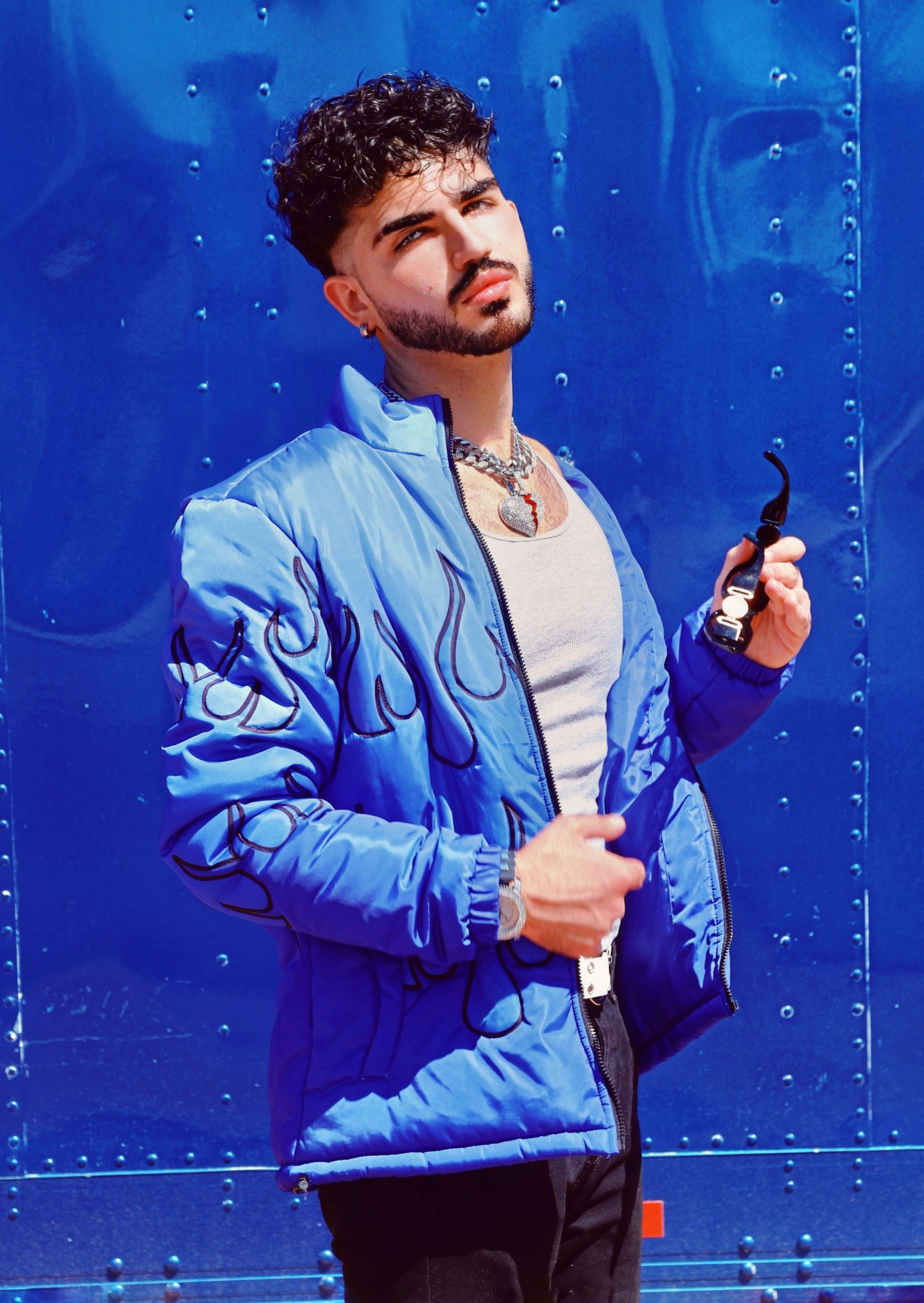 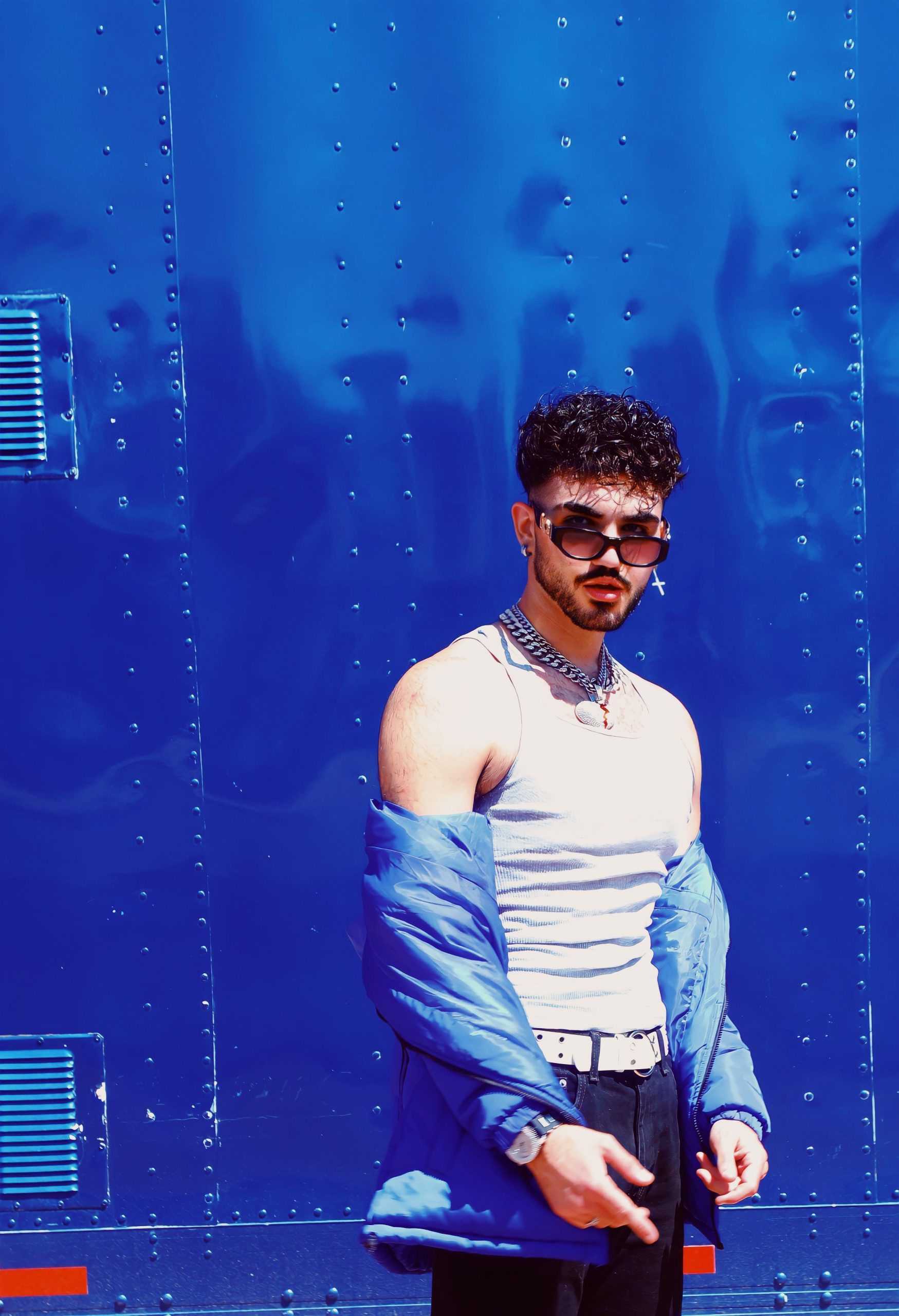 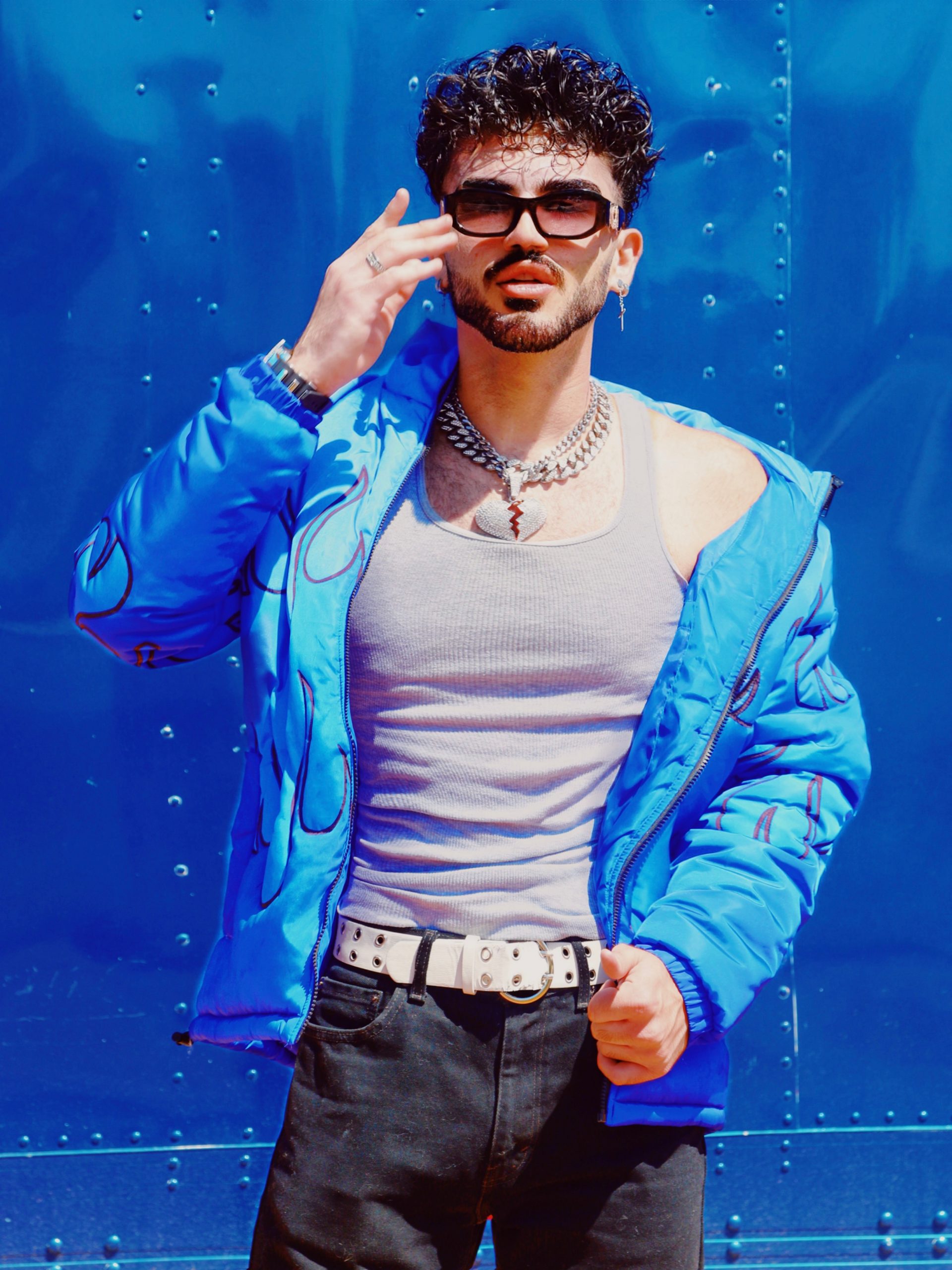