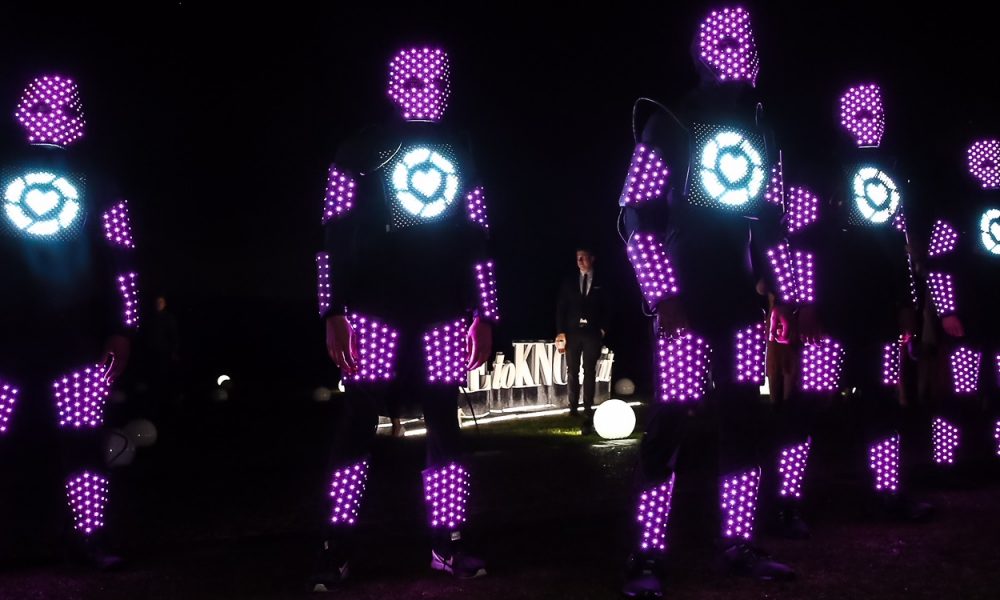 Today we’d like to introduce you to Vo Vera.

Vo Vera, can you briefly walk us through your story – how you started and how you got to where you are today.

The Sacred G’s was formed in February 2014 at a music arts festival in Tucson, Arizona. Five members of the Phoenix street dance community––all from different dance backgrounds and group affiliations––joined together out of their love for movement, its capacity to transcend experience into something more spiritual, and for sharing their movement art with those who may resonate. On the first night of the festival, we stood backstage after our first set and bounced names back and forth to name this collective that we had created. The Sacred G’s was offered and all agreed.

Right then, we witnessed two of the five founders celebrate this moment as they organically created our first handshake and motto. And so it was done. G’s was thus far undefined, and from one standpoint a wordless intention, though we were nevertheless self-branded as the G’s. Our operations began slowly, as a small group of street dancers who picked up occasional teaching and performance opportunities throughout Arizona. Soon we found ourselves recruiting crewmates and friends who were passionate, talented and “high-vibe” movement artists. We started performing around the US, particularly along the west coast. Naturally, some of us were more involved with performing than others, and some of our independent connections persistently brought new opportunities to the G’s.

Since 2016 we have been using the fusion of light technology and dance in answering the question, “What does it mean to share our light?” Initially, what started as two homemade Hip Hop LED suits, has evolved into a variety of performances of sorts. Today The Sacred G’s is an urban arts collective of kind humans who seek to make and share our art in a good way. We are comprised mostly of dancers, however now we are DJs, MCs, urban artists, university educators, yogis, event producers, poets, and more. While the founders have each moved deeper into their own life paths, The G’s stands as a platform for our momentum as a collective. And it is moving strong, with three chapters in Portland, Los Angeles and Phoenix.

Has it been a smooth road?
The biggest issue in Arizona has been having the main G’s find time to come together to work on G’s projects outside of their already busy lives. There has also been a considerable lack of work in Arizona, which was a factor in bringing the G’s to the Los Angeles market.

So, as you know, we’re impressed with The Sacred G’s – tell our readers more, for example what you’re most proud of and what sets you apart from others.
We’re a collective of artists who share at least one commonality; we have a strong connection to the street dance community. We are comprised of various artistries, jobs, dance styles, skill sets, and spiritual paths. Comprehensively we teach and educate, present and perform, speak and rap, and move and groove. Known inside our own community as a group of like-minded individuals, and known outside of our community as a unique street dance collective that uses our skill sets to speak to subjects that deal with a more non-denominational spiritual nature. We specialize in teaching and performing Hip Hop, Breaking and street dance styles, generally in the academic and festival sectors. While several of us teach at colleges, universities, and academic dance festivals, almost all of us teach and perform at music, art, and yoga festivals.

Let’s touch on your thoughts about our city – what do you like the most and least?
Phoenix, just like life, is a feeling. Initially, it comes at you in a spray of hot air and bright sun. When you move your awareness past the surface, you see the communities that create a sense of home. I feel like not all cities have exactly the same communities. Some communities, like the urban dance community, are strewn throughout the entire metropolitan, with hubs that bring it together. It is these communities that are so important to our well-being, especially in times of social distancing and lack of in-person connection. The G’s community is one that we value above all else. Apart from mainstream misconceptions and stereotypes, it is internally driven by passion and love, as opposed to being driven by hate or fear. This is a powerful thing. And it is exactly the feeling that we get when we think of Phoenix. Community love. 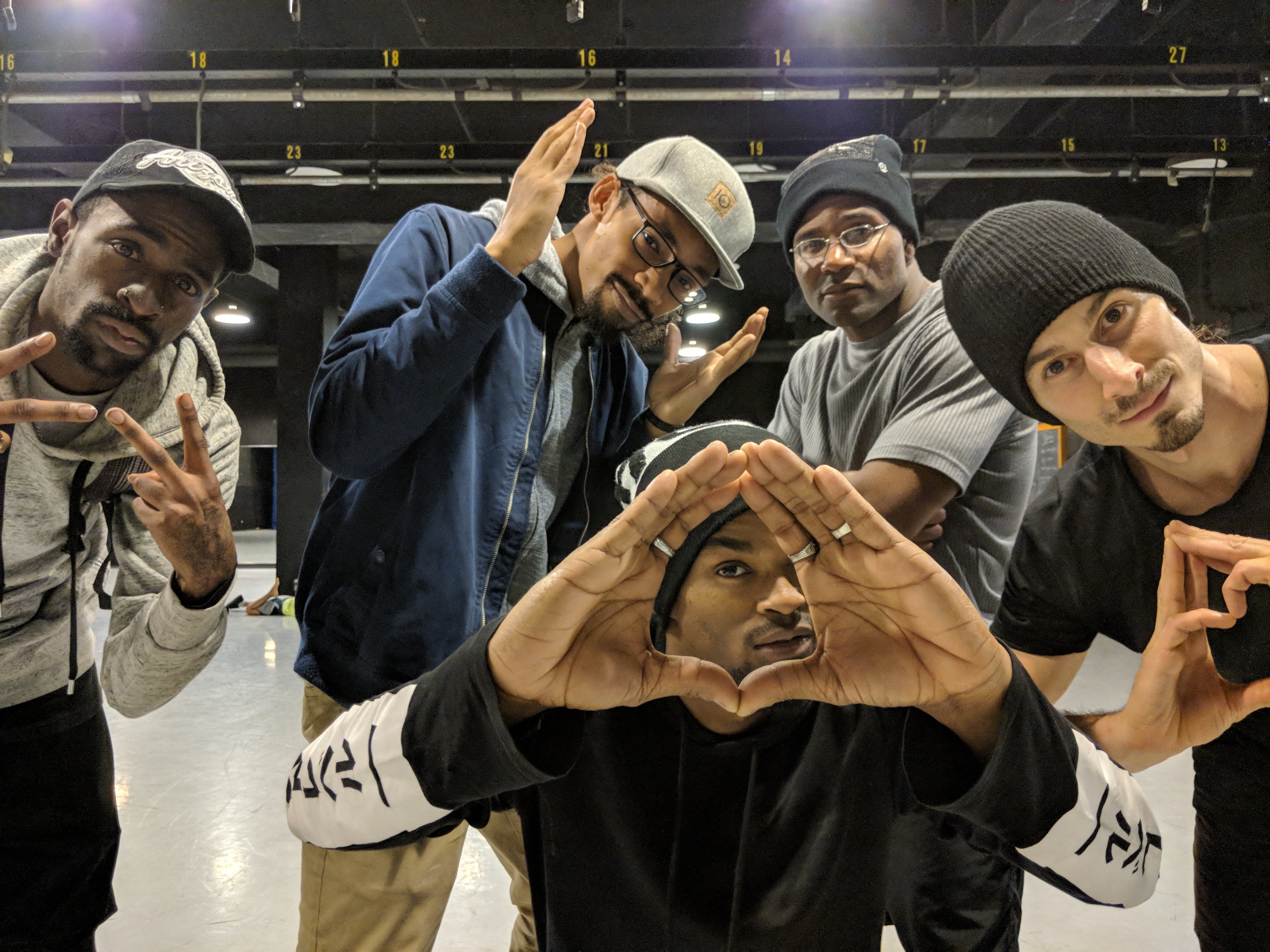 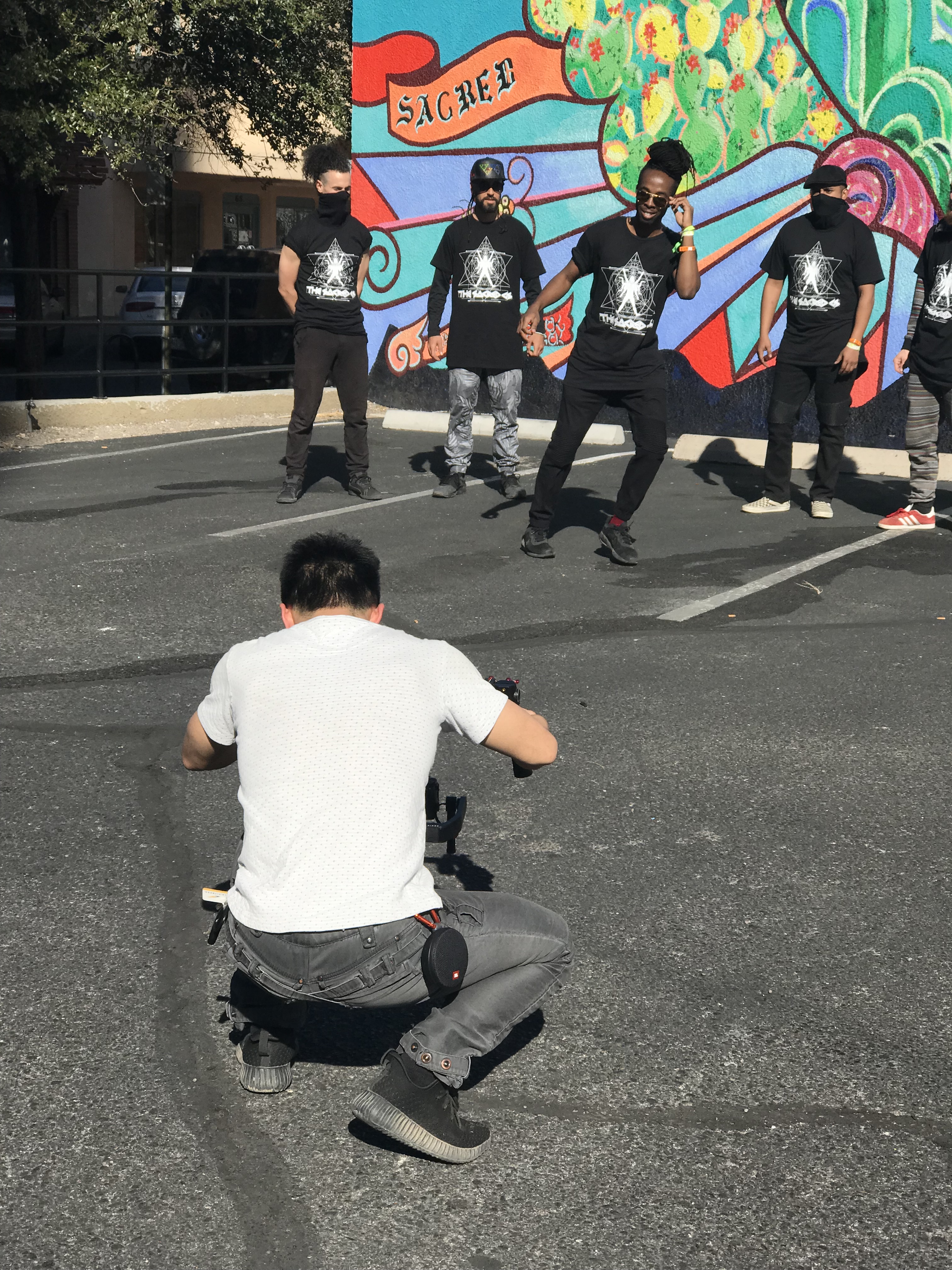 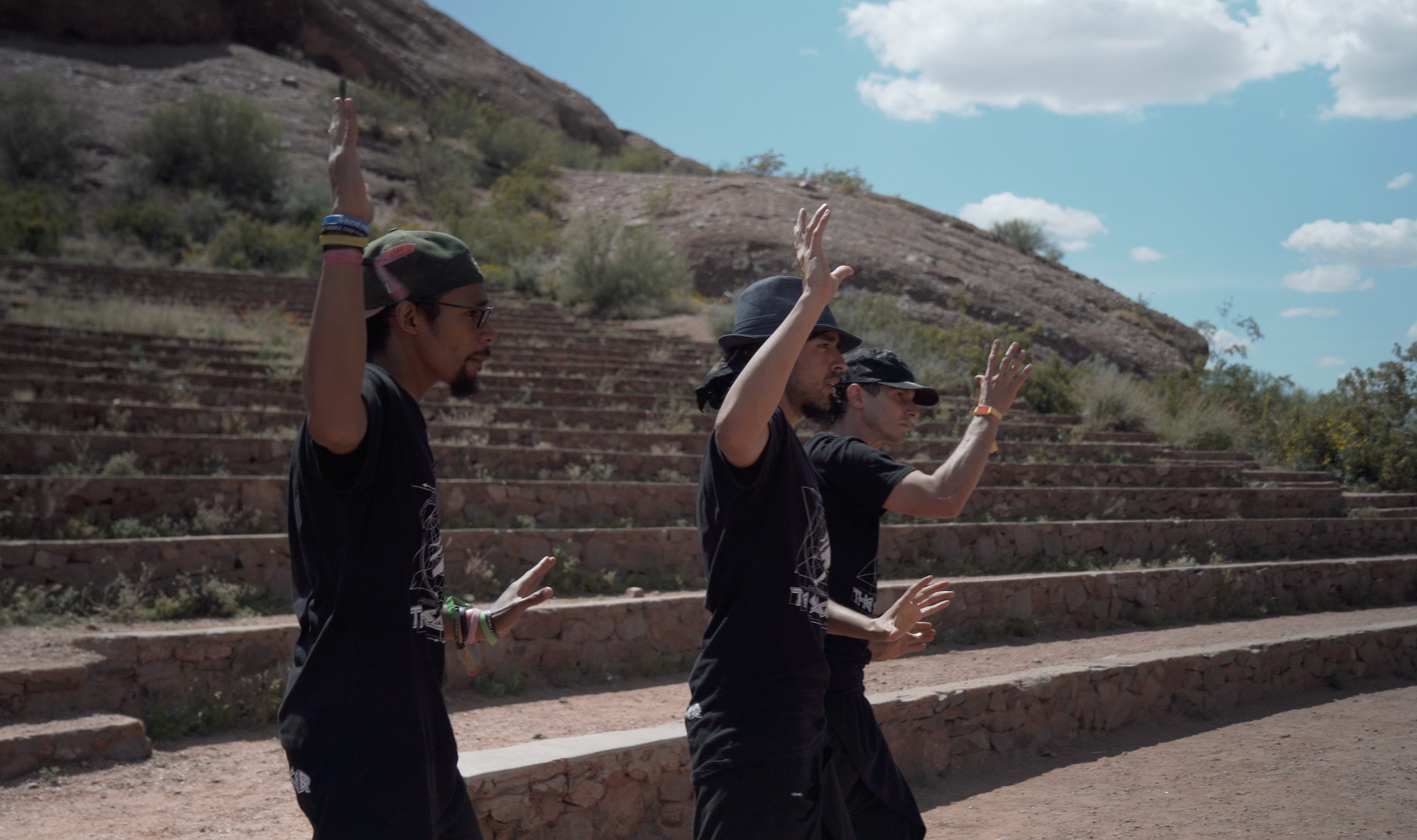 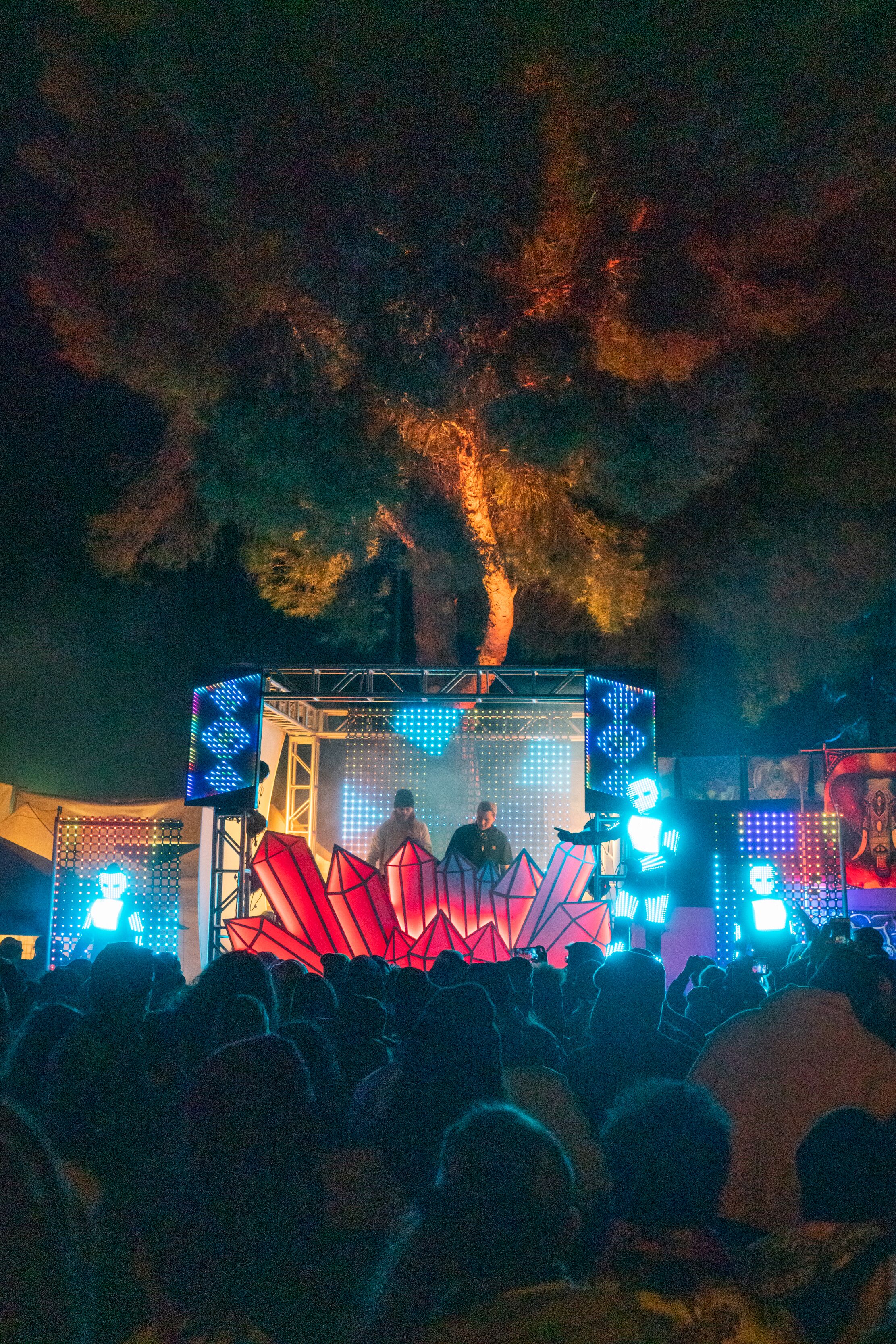 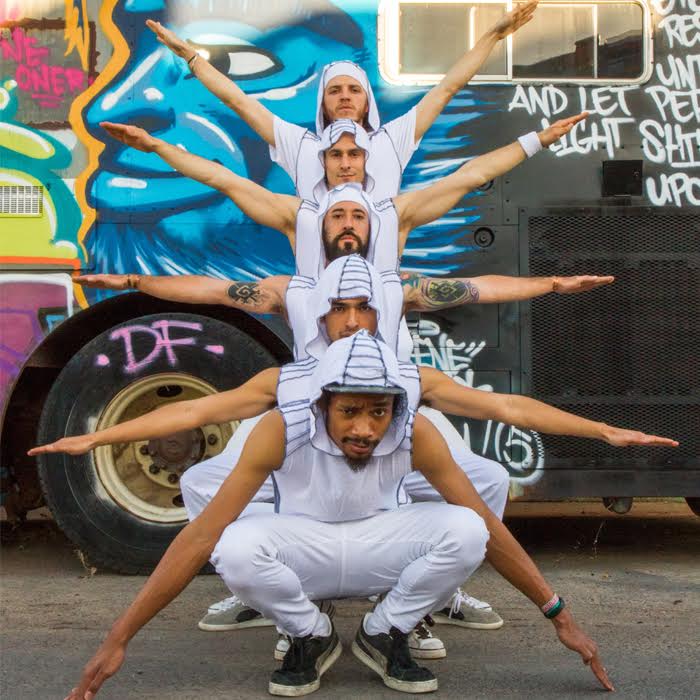 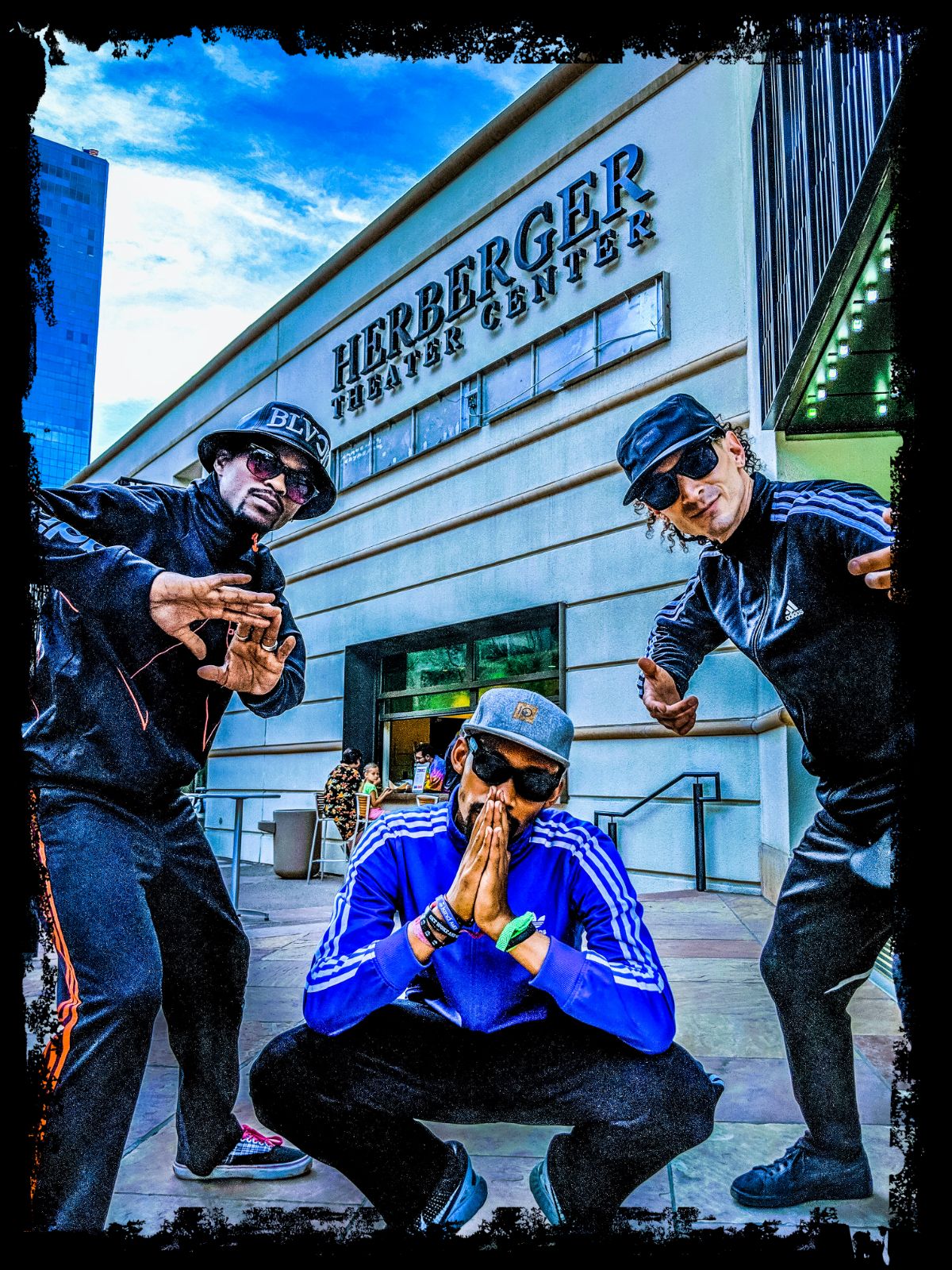 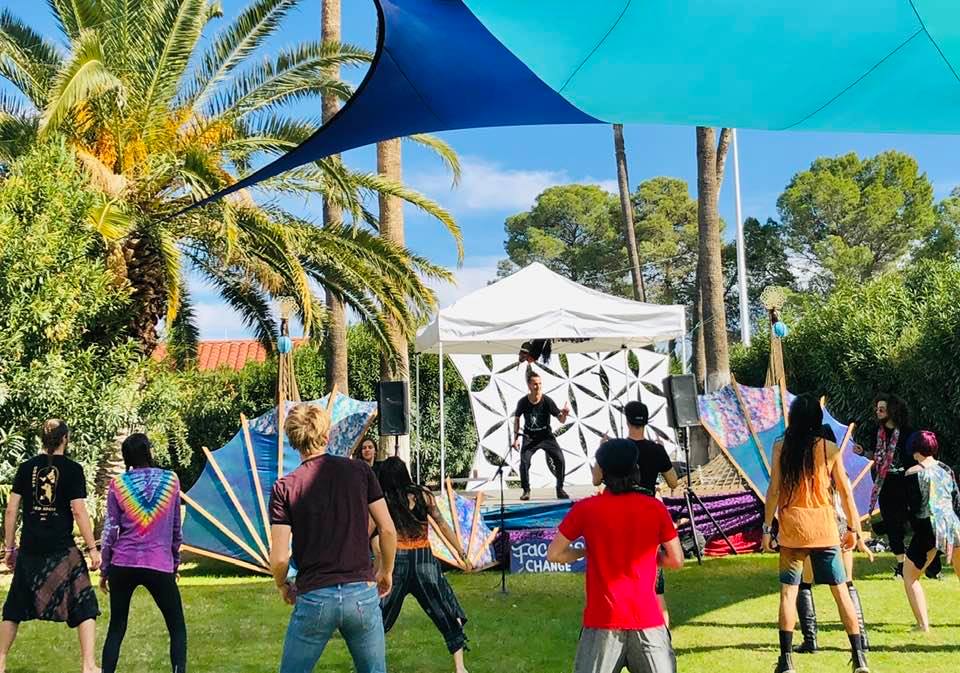 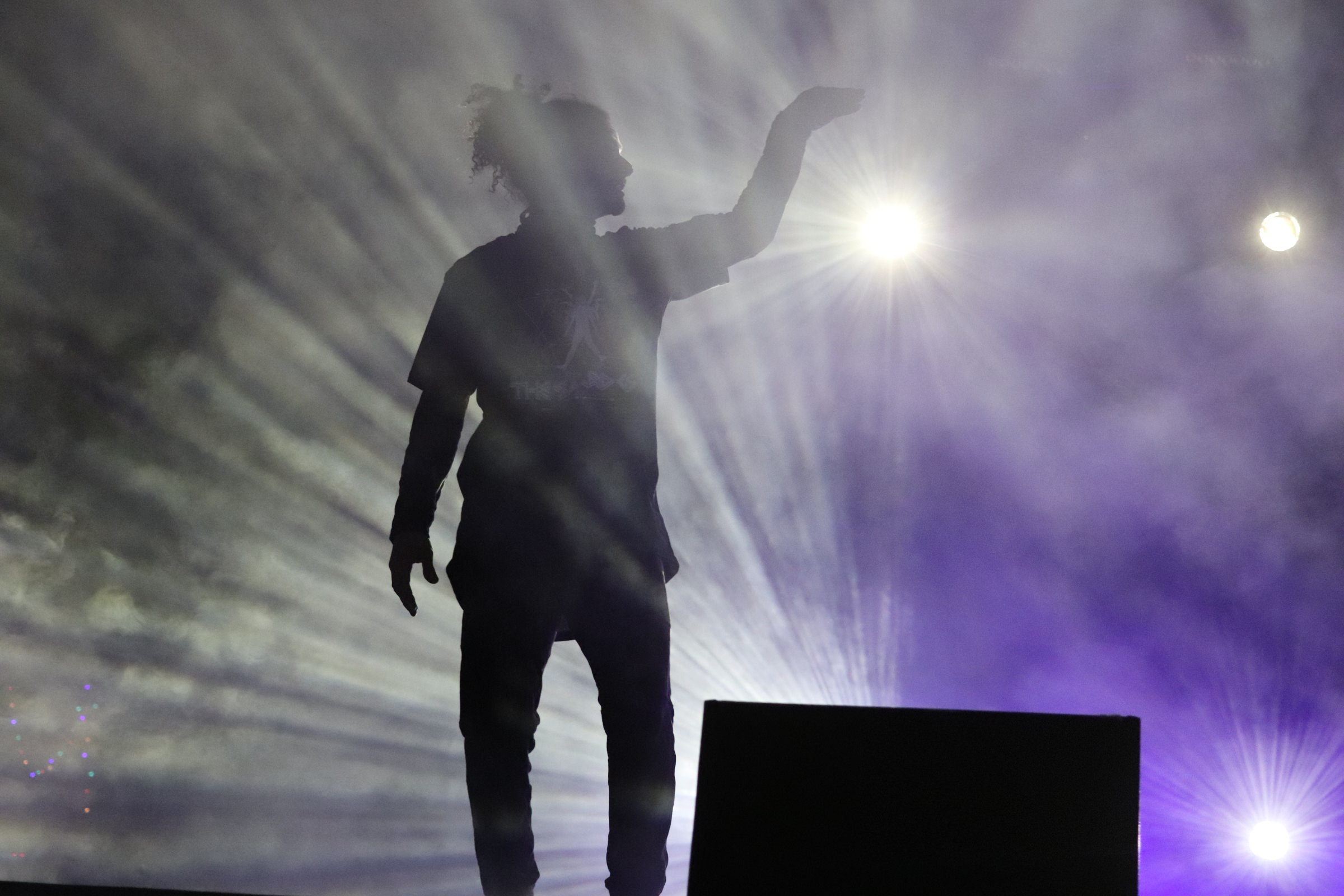 Image Credit: The LED suit picture with the stage and illuminated cactus art was photographed by Amir Adib. IG: _amirror. Suggest a story: VoyagePhoenix is built on recommendations from the community; it’s how we uncover hidden gems, so if you or someone you know deserves recognition please let us know here.