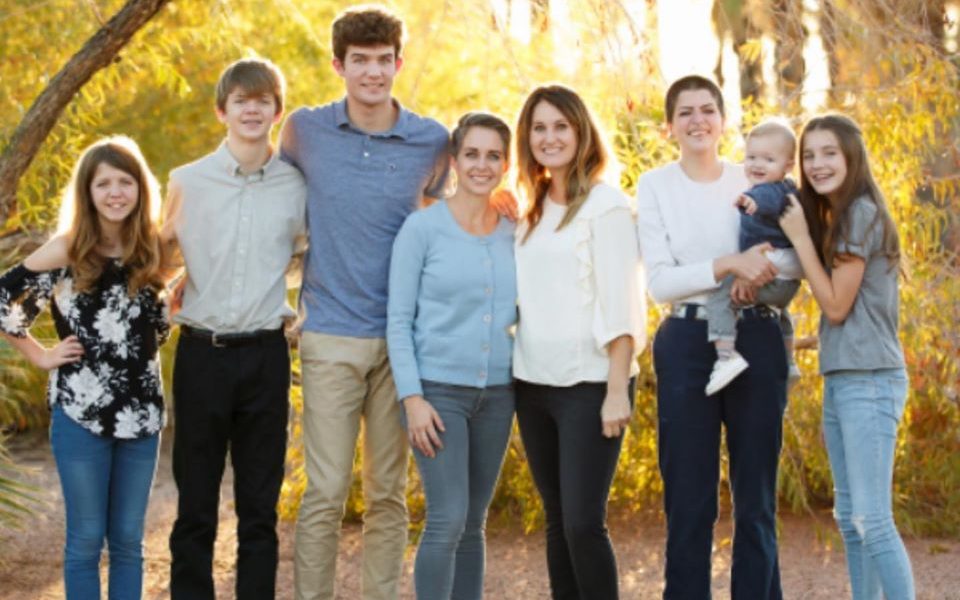 Today we’d like to introduce you to Vanessa Baker.

Vanessa, please share your story with us. How did you get to where you are today?
When I was growing up, I became acutely aware of the difficult relational dynamics that families often endure. My only sibling and my parents were at odds nearly all the time. I observed and felt much of their frustration, stress, and pain that stemmed from them not understanding one another (or me) and none of us having enough support. We just needed to find a path that would lead us to awareness and connection… peace.

Years later, while I was at ASU/Barrett studying Supply Chain Management, I also started teaching teenagers about free enterprise and economics through my partnership with Junior Achievement. I would leave our meetings, get in my car with my head in the clouds, on another plane, totally entranced by the joy and power that comes from helping teens feel more confident and capable. I can see now that I was in a flow state. I was born to teach and I knew it then, BUT I chose to take the coveted business consulting job I was offered instead. I’d teach when I retired, I told myself.

Not even one year later, I quit the job, went back to ASU so I could teach high school business. I taught at two high schools and three community colleges and then I began homeschooling my own kids (now ages 12, 13, 15, 16, and 17 years old). We would get lost in lessons about mindset, life-views, philosophy, goal-setting, careers, faith, entrepreneurship, finance and on boring days, we’d even work on math and history!

I made the time in this phase to coach people as they conceived and achieved projects related to making a difference in their communities. I was so thrilled to succeed at helping them succeed! They got media coverage, raised thousands for causes they cared about, and impacted their chosen communities in a real way. I also created my own projects, got my own message out to the masses and even won some cool service awards, as I coached them on their own. That’s when I realized; It’s a MUST to be in the trenches, always growing and challenging myself (and being vulnerable about it) if I was going to really push people to their own limits and then some more!

About 18 months ago, I realized that my passion for pushing people, for showing people what’s possible, for working with teenagers, for helping families create connection and peace could be a “thing.” Since then, I have engaged with dozens of families (teens and their parents) to help them see what they need to see to untangle their complicated situations and to adopt a new mindset that really works long-term. Since then, I have been featured on local television news segments, radio, print, and internet as a “teen expert” and am really happy to be spreading my message of peace with my community!

My favorite feedback so far is from a 14-year-old client who told me, “Vanessa, you are unprofessional, but in a really, really good way.” My clients get nothing but realness from me and it’s what has my work be so effective so quickly!

Great, so let’s dig a little deeper into the story – has it been an easy path overall and if not, what were the challenges you’ve had to overcome?
The main challenge for me was confidence. It took a lot of courage for me to put myself out there and say, “Hi! It’s me! I’m doing this thing!” I asked myself countless questions on a loop like: Why would anyone trust me? Who would pay me to get into their family business? Who do I think I am? What if it doesn’t work? What if? What if? What if?

The day I snapped out of that loop was when I met a dear friend and coach of mine for coffee. He has traveled the world, making a difference for thousands of people in improving their lives and their mindset. I told him everything that was in my head and he just quietly said, “Vanessa, you have to do the teen thing.”

So simple. I had to. Someone who listened to me, values me, believes in me just told me I have to. He essentially gave me permission to do what I already knew I wanted to do, could do and must do. Do you see it??? That’s the immense impact that having a witness, a coach, a challenger in your life can have! I LOVE THAT SO MUCH!!!

Please tell us more about your work, what you are currently focused on and most proud of.
For teens: I listen. I listen. I listen. I don’t judge. I don’t judge. I don’t judge. They open up, pour it all out, like everything – first session, every single time. I show them the gaps in their thinking. I use logic and empathy together to show them how to get from here to there. I teach them exactly how to communicate in a way that has them earn the respect from their parents that they want so desperately. We make plans. I hold them accountable. We role-play. We make calls, write emails and texts to have them be in action around academics, relationships, self-care, asking for help, etc. We make stuff happen.

For parents: I listen. I don’t judge. I hear all their fears, concerns, positions, beliefs, assumptions, desires and goals, and then, one by one, we dismantle and toss out all of what isn’t getting them where they want to be with their teens. We create a plan. We role-play. I hold them accountable for making the changes that they see would make a difference. Many parents see very quickly that the way they are operating in their own lives is the bulk of the issue with their relationship with their teens. I’ve had many parents take on career, marriage, addiction, and self-care issues out of our coaching.

I am most proud that there are families that function on a new level of awareness because of their time working with me. I am proud that I get it done quickly. You cannot unsee a blind spot once it is exposed. I show them and then all of the questions they once had like, “What do I do about this? and that? and this? and that?” all get answered. Around me, families level up. Parents level up, teenagers level up.

One more thing, my clients across the board say that they can’t believe how silly and fun and light I can make the most painful and difficult issues. I LOVE how it doesn’t have to be painful or serious to see your family and yourself in a whole new way.

What moment in your career do you look back most fondly on?
The proudest moment of my career so far has been when a mom and dad were in a hopeless state – really had no communication with their 17-year-old son at all that wasn’t negative or angry and they called me. She said, “He’s not going to talk to you. I don’t think he’ll come out of his room and if he does, he is refusing to talk with you.” I thought, ‘Woo! Game on!”

I showed up. I sat down. He came out. The parents gave us space… 90 minutes later, I have heard everything, like everything that he had to say about everything. He gave me so much information that I then used in the following ways:

1. I acknowledged him for all of the things he felt proud of. He needed someone to see all of the good in him.
2. I showed him the flaws in his logic and encouraged him to rethink many of his positions.
3. I told the parents that he does NOT hate them like they thought. They needed that really bad. He really didn’t hate them at all. He didn’t understand why they even thought that!
4. I was able to share specifically with the parents and the boy that they had a lot of common ground.
5. I showed the father several blind spots about his messaging, time management, and interactions with his son that he took on immediately and saw a great improvement by doing so.
6. I helped the mother gain freedom in accepting that this exact kid wasn’t the one she was dreamt of and that it was ok for her to detach from the expectations she’d created in her mind of who her child would be. Then she was able to appreciate who he was and create space for a relationship with him.

Now, they are not on easy street. Not even close. I am proud of this client engagement because it wasn’t about getting things to perfect. It was about shifting their emphasis from fear and control-seeking to unconditionally loving a kid who they felt was really hard to even like. The more they forced their “agenda,” the more he withdrew. It would have gone on forever. Many times, victory isn’t a really big shift, but a small one that has you stop believing you’re failing when you’re not. 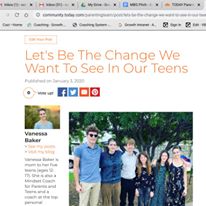 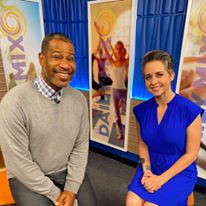 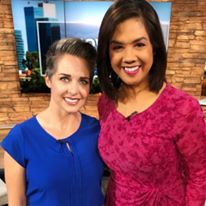 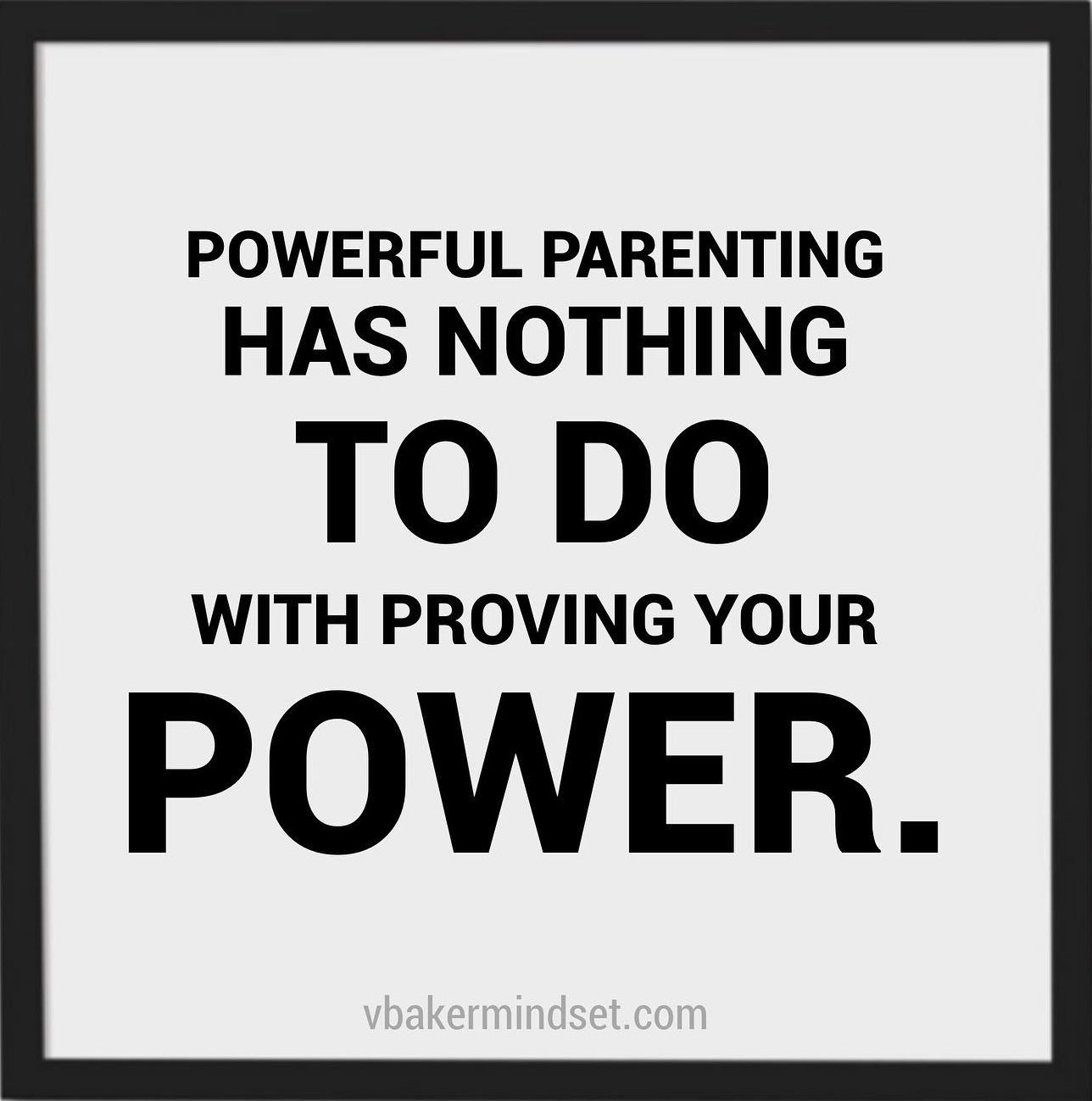