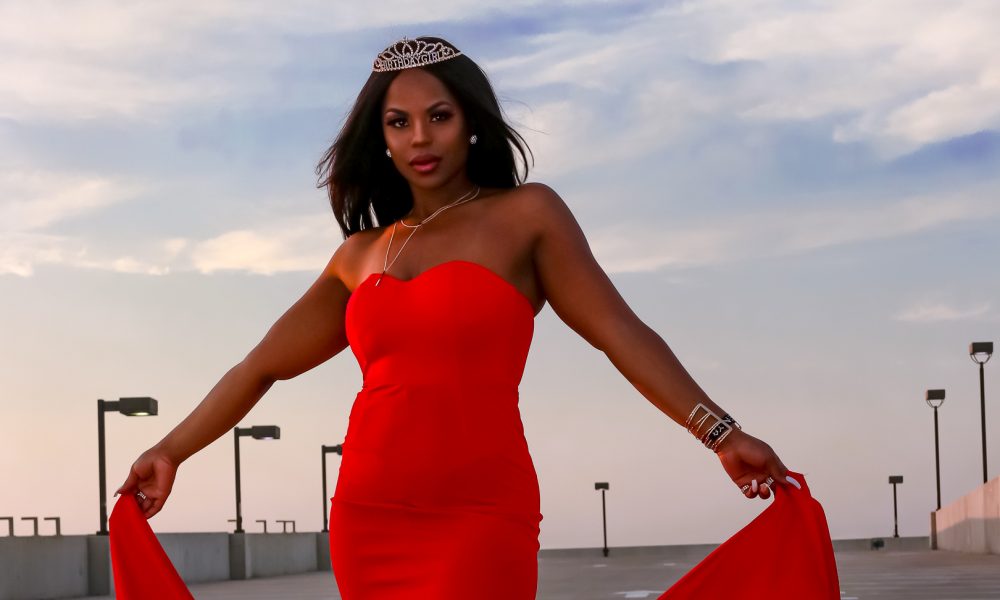 Today we’d like to introduce you to Pauline Kibathi.

Pauline, please share your story with us. How did you get to where you are today?
I would say my story started after I graduated high school in 2013. I was an athlete that had suffered an ankle injury during AAU basketball in April of 2013. With graduation around the corner, I started to get a little nervous because I was certain no one would take a chance on me with the type of ankle injury I had. I was offered to play at Northwest Kansas Technical College in Kansas and I accepted the offer. I was excited, I spent the whole summer rehabbing and conditioning to prepare to play at the next level. Kansas was a culture shock. I was in awe at how small the town was but knew I was there for strictly business. During pre-season, I hurt my ankle again and sat out for a month before I could play again. The season was finally here and I was so excited to play at the next level. I played only 5 collegiate games before tearing all my ligaments in the same ankle I worked so hard to rehab. Here I was now far from home awaiting a surgery date for my ankle. Thankfully, my mom came from Arizona to help me through my surgery process. I had surgery right before flying home for Christmas break. I did not want to return to Kansas because I knew I could not play so what was the point of going back? Even though these were one of my lowest times, I went back to finish the second semester and graduated with my certification in CSI (Crime Scene Investigation). I moved back to Arizona and went to Scottsdale Community College to finish up my AA. I was no longer motivated to play college ball and just wanted to start my life.

I was about two months pregnant when I graduated from SCC. I was ecstatic to become a mother but also was very nervous because I dealt with a lot of complications throughout my pregnancy. I was blessed with a healthy baby boy on Christmas Eve of 2015. Life now had a whole new meaning, I can’t express the joy that comes over you once you hear your child’s first cry. Fast forward to the beginning of 2017. At this point, I was the heaviest I had ever been weighing 230lbs. I wasn’t happy and felt like life was just a cycle when it shouldn’t be that way. I was always told after having a child, you don’t have time for yourself, which is true, however, I had to make a decision on whether I would continue being unhappy or make a change. My new year resolution for 2017 was to become the best version of myself thus far for my son and also for myself. I started to eat better, consistently work out, read books, and really study my emotional intelligence. By November of 2017, I had lost 70lbs and I couldn’t believe it.

Growing up, I was a rough girl. I had two older brothers so I wanted to do everything they did. I would prefer to play video games instead of dolls or go out and play football with the boys instead of going to the mall with my friends. It was safe to say I was a tomboy growing up but wanted to change it around especially because I was a mom now. I changed my wardrobe up and started wearing more dresses than basketball shorts and sweats. I even started wearing makeup which was mind-blowing especially for the people who had grown up with me. My transformation motivated a lot of other women specifically new moms to not give up after having a baby. My son became my motivation for everything and I feel that is why I have been able to execute goals I have set. In 2018, I decided to do a photo shoot for my birthday, just to do something different not knowing it would eventually become a hobby. After doing that shoot, people started to notice me whether it was friends wanting to pursue photography or friends with clothing brands looking for a new face. I never considered myself a model because like I said it became a hobby and I just wanted to support my friends. Photography has also helped me as an individual because it has pulled me out of my comfort zone and allowed me to express myself in a different way. Never in a million years would I have thought that I would be where I am today but I’m thankful for everything I have experienced because it has molded me to who I am today.

We’re always bombarded by how great it is to pursue your passion, etc. – but we’ve spoken with enough people to know that it’s not always easy. Overall, would you say things have been easy for you?
Not at all! The greatest struggle thus far has been my pregnancy and post-partum. At 30 weeks, I was put on bed rest because they believed the baby boy was going to be a preemie. Those last 10 weeks felt longer than the 30 weeks I already went through. During my last 3 weeks of pregnancy, I was diagnosed with PUPPS rash which made my last three weeks of pregnancy miserable. The only way to get rid of the rash was to deliver the baby but my sweet baby boy that was supposed to be a preemie decided he wanted to stay in there past 40 weeks. I was induced on 12/23/2015. Almost 24 hours went by since being induced and I was not making any progress. I was mentally, physically and emotionally drained at this point, I felt like I could not catch a break. My son’s heart rate started decreasing quickly with still no progress with my dilation so I was forced to do an emergency C-section. Once I heard that from the doctor, I was scared and felt defeated. I was concerned about my son’s health and also mine. They prepped me for the operation room and then it was time. As I sat there under the light, I was terrified and losing conscious until I heard my son cry… nothing else mattered then. I spent five days in the hospital because I lost so much blood and he had jaundice. The doctors wanted to do a blood transfusion but thanks to my mom and knowing the right foods for your iron, I did not need the blood transfusion. The pain from the incision was nothing like I had ever experienced before. After five days, I went home. I was happy to finally be home but two days later my body went into shock and it felt like someone was trying to open up my incision. I was rushed to the hospital where they found that I had an infection from the C-section and it was spreading in my body. I spent another five days in the hospital. I felt helpless. I couldn’t see my son because it was during flu season so baby had to stay home. I couldn’t do simple things like walk, feed myself, or even turn over without the help of nurses. My temperature was 103 for 4 days straight. I was so weak and truly felt like I had hit rock bottom with no way up. Due to my infection, my postpartum recovery was very difficult which caused postpartum depression. I was so unhappy with my C-section scar and how my body looked after having my baby. I was so concerned with other people’s opinion of me forgetting I created a life in my body and that is when I began my transformation in 2017. I realized I was the one stopping myself from true happiness. I have truly come to love myself regardless of my flaws and it is the best thing I could’ve ever done. I love when I get a compliment on my personality because it’s like “wow, I really came from a dark place and now look at me, happiest as can be”. I hope everyone can reach that point in their life where they are truly happy.

My advice to other women is to always take care of yourself. Establish your own foundation and grow from there. Remove anything/anyone negative in your life. Always work on yourself whether it is working out, eating right, spa days or even going to the park to read or meditate. If you’re in tune with yourself, no one on this earth will be able to strip your happiness away. It’s a work in progress and it will take time but be patient with yourself! We only get one life so make it the best you can. Especially for women who are mothers, if you don’t do it for yourself at least do it for your kids, you’ll be so much happier and your kids will notice as well.

What do you do, what do you specialize in, what are you known for, etc. What are you most proud of? What sets you apart from others?
I would say I specialize in print modeling! I haven’t done runway yet but maybe in the future. I love modeling for clothing brands because you get the opportunity to meet new people while supporting their work and hearing their stories! I’m usually known for my smile but the majority of the shoots I’ve done are typically the poker face look!

Which women have inspired you in your life?
My mom has always been my inspiration. My mom took a leap of faith and came to the United States alone with three children. She never waits around for someone to do something but instead gets it done herself. My mom has sacrificed her whole life for her children and I am forever thankful for her. She is so selfless and has always supported me in everything I do and I hope to continue to learn from her every day. 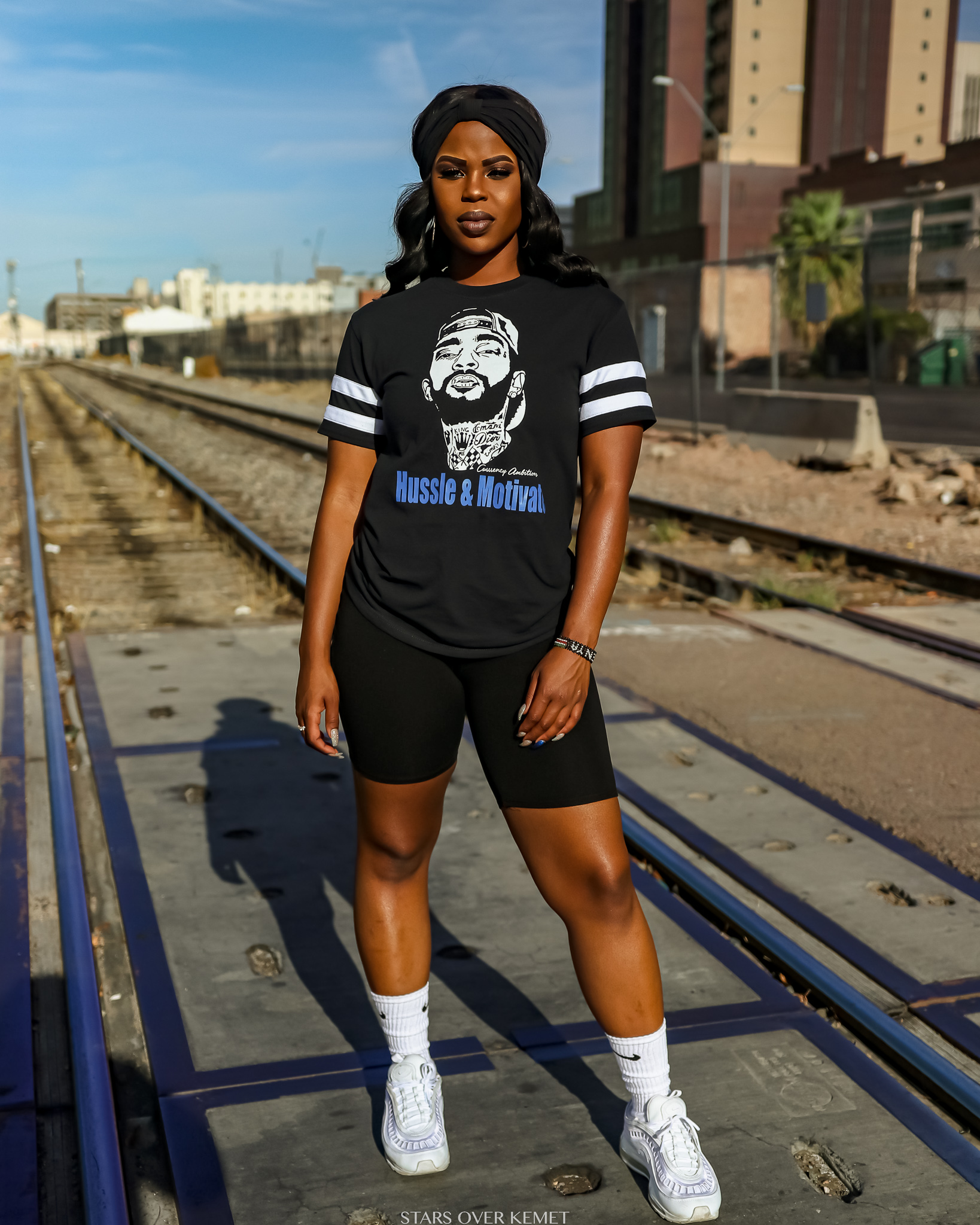 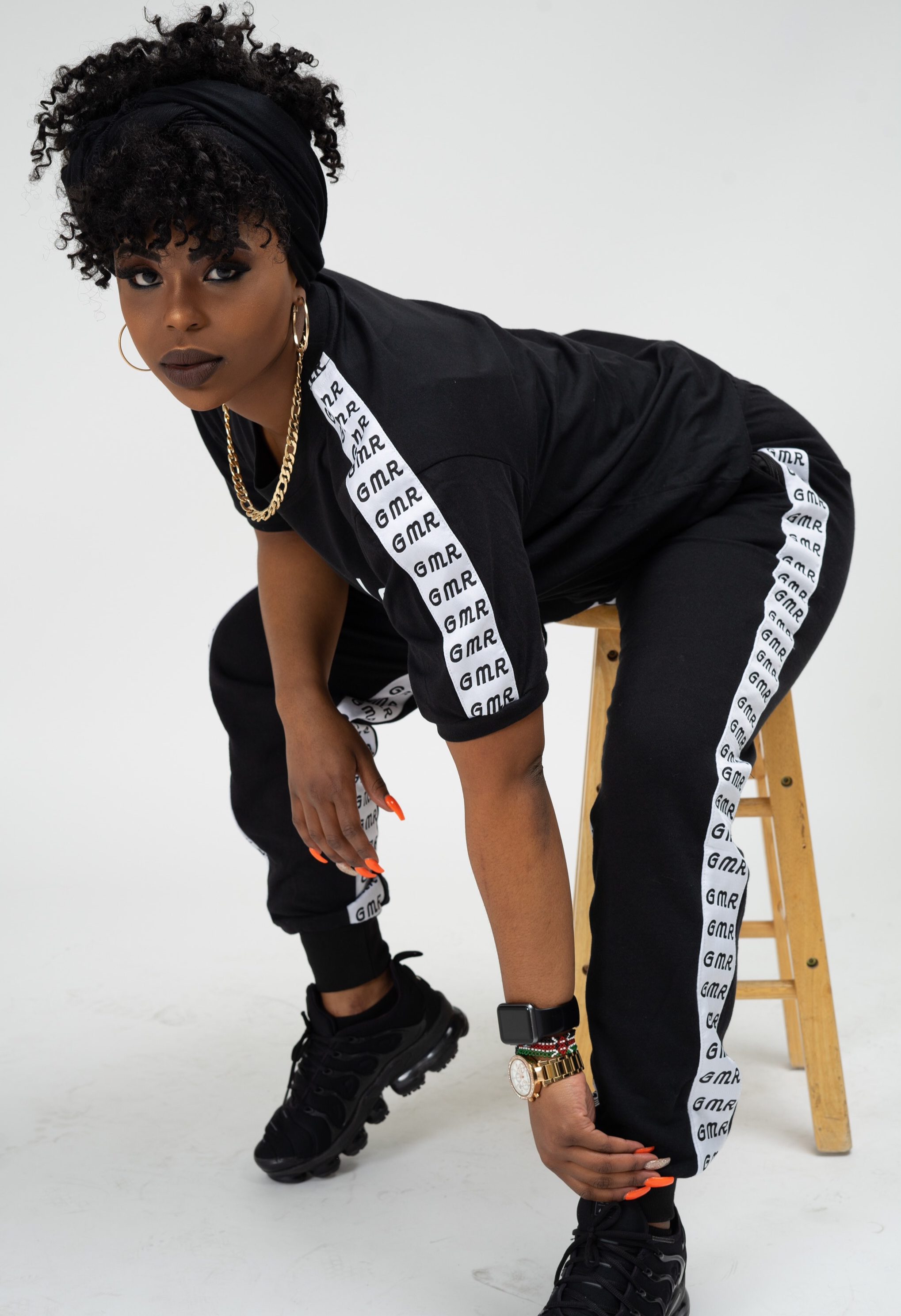 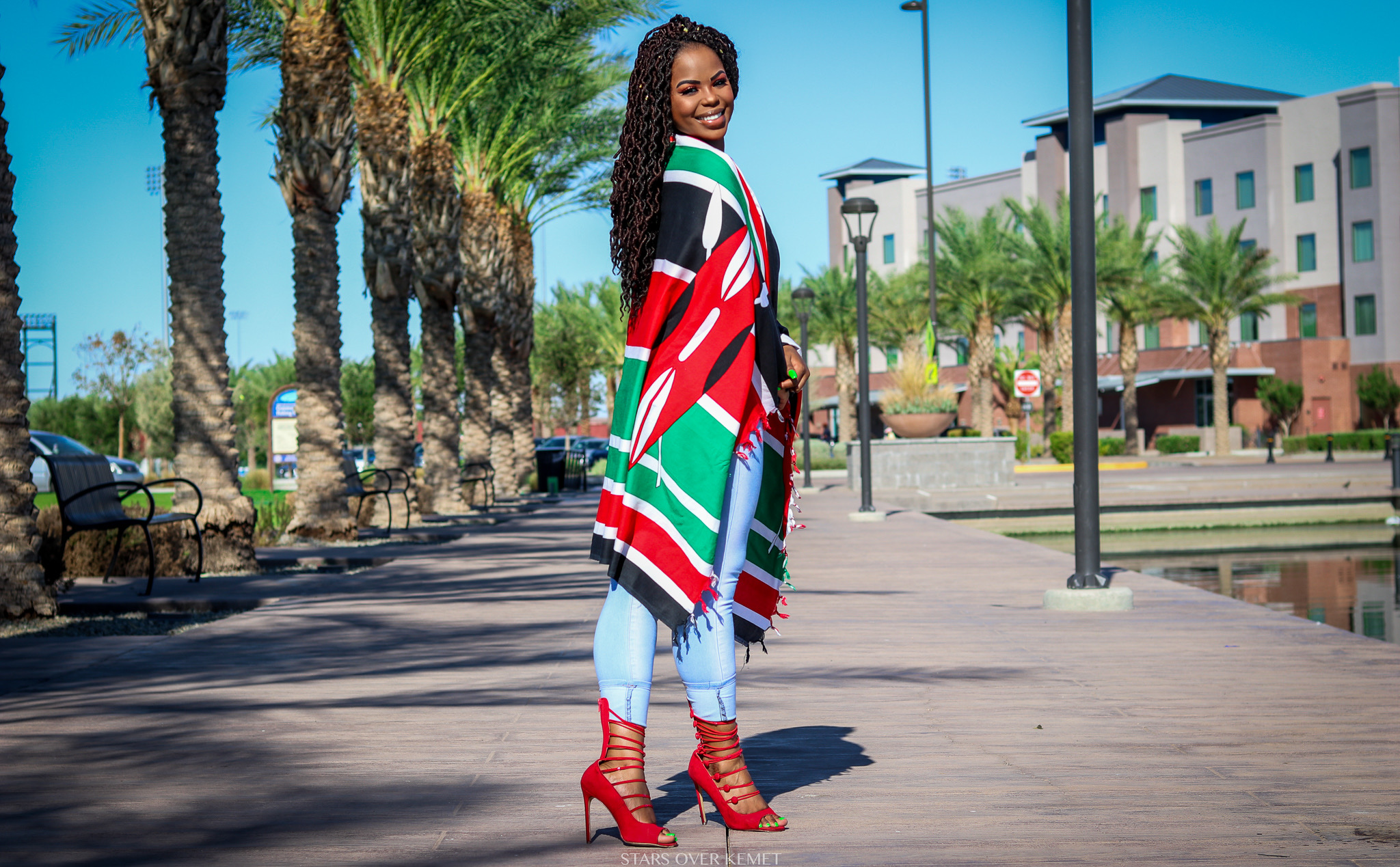 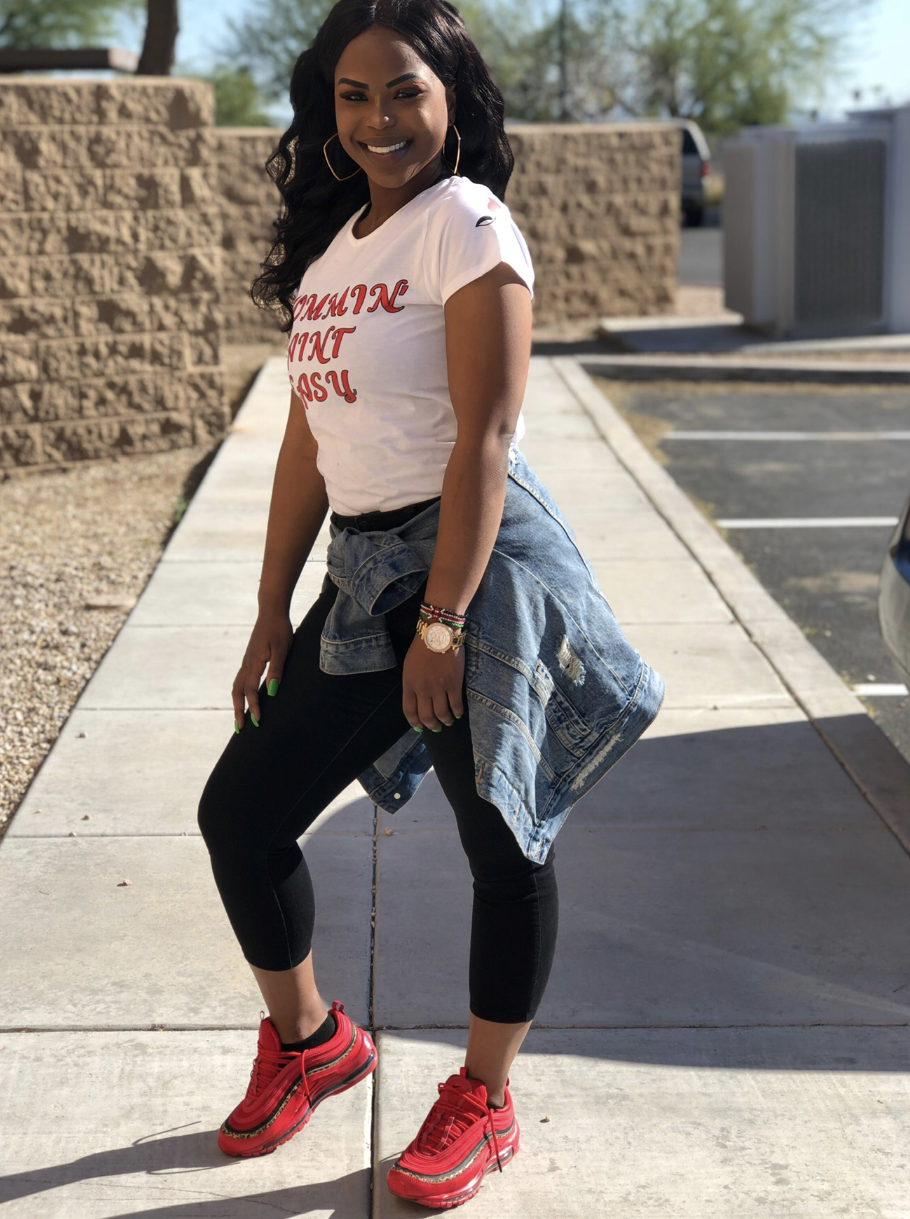 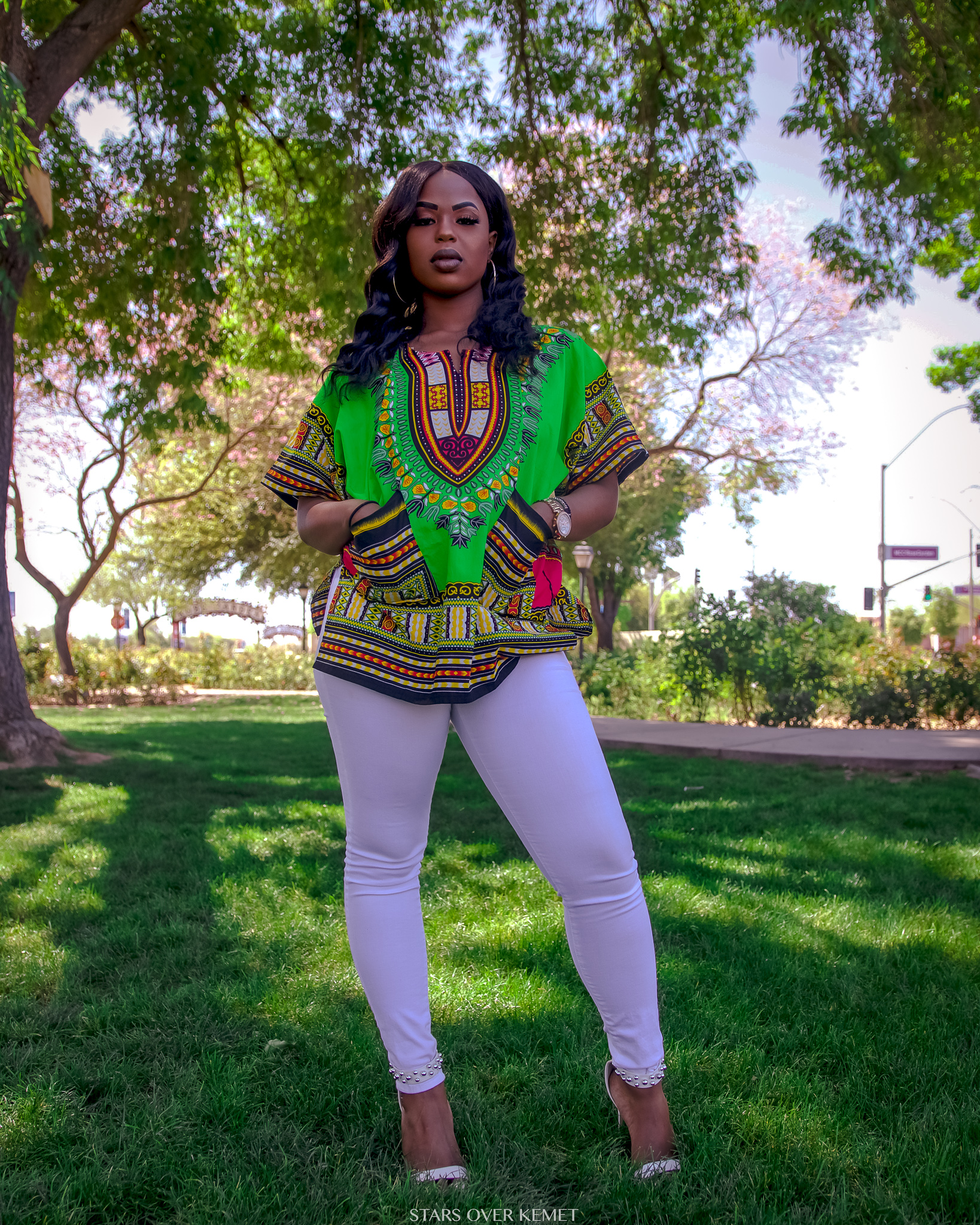