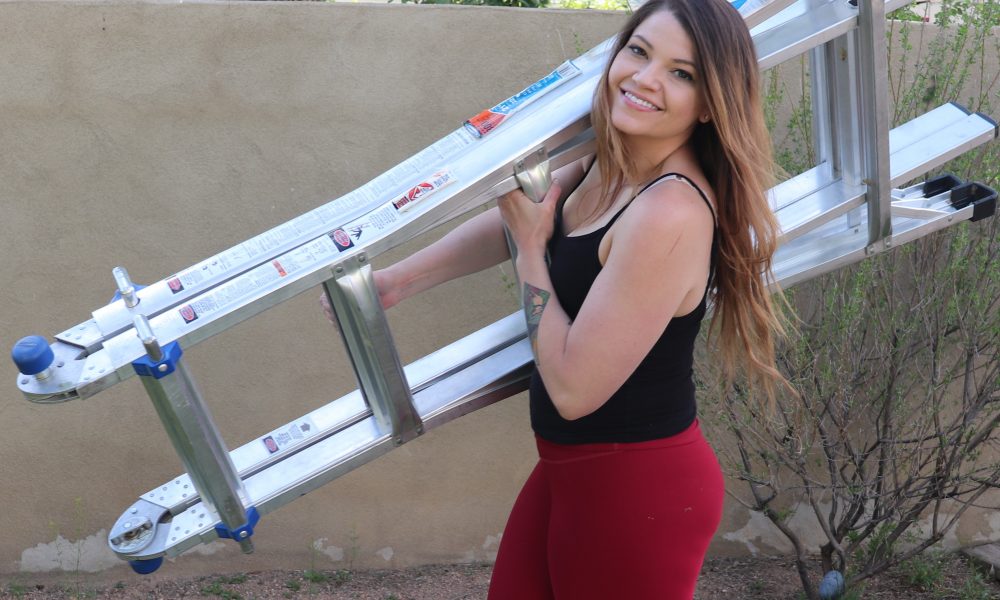 Today we’d like to introduce you to Madeline Wolberg.

Madeline, please share your story with us. How did you get to where you are today?
I grew up as the baby of eight kids in rural New Mexico on a hobby farm full of goats and horses. My mom was a jack of all trades. She plumbed. She woodwork. She gardened. She cooked. She ran her own law practice and did all of this while raising us by herself. She died when I was 15, but her independent nature, doer attitude, and affinity for learning practical skills had a lasting impression on me.

After graduating high school, I attended a small engineering school in New Mexico called New Mexico Tech where I obtained my Environmental Engineering degree. It was the most practical degree I could think of. Engineering, as an area of study, is intricate and challenging and the creative problem-solving aspect is what I was so looking forward to in the workplace. That wasn’t exactly what I found in my industry, so after two years, I realized that I hadn’t found my purpose. I felt lost and like I was wading through knee-deep mud every day. This led to a lot of introspection and trying to understand who I was at my core, which inevitably led me back to the 13-year old watching my mother tinker away on old, battered furniture in her workshop.

I had always been a hands-on type of learner, and my family will tell you that I have always chosen the path of greatest resistance. I learn best through doing (and sometimes failing) rather than listening to someone who might already know the answer. It’s something that used to frustrate me about myself, but that I’ve grown to value and I think it’s what makes the world of DIY such an attractive option for me.

Shortly after arriving in Tucson, I purchased my first home and the projects started. I started documenting my DIY projects on Instagram and people from all over the world started sharing their own projects with me, asking me for pointers, sharing what they had learned, and others began letting me know that they couldn’t wait to start their own projects or buy their first home. It felt really amazing knowing that I was showing young adults that building that being self-sufficient in terms of home renovations was completely achievable, whether you’re a single woman fixing up her first house like me, a married father of three, or a couple of twenty-something roommates. Through Instagram, I found a community of tradeswomen and tradesmen that understood why every paint drop and sawdust pile felt like gold to me and I am so grateful for that.

Overall, has it been relatively smooth? If not, what were some of the struggles along the way?
Life for everyone is full of variation. Sometimes, life is hard and sometimes it’s wonderful and sometimes things get weird and confusing, and mine is no different. I try to be open on my page about the lowest lows because I know that so many people experience similar things and thinking you’re an isolated case can be really detrimental to someone already feeling like they got the short end of the stick. It’s not even a stretch to say that purchasing my house and starting this DIY journey saved my life. I’ve lived with OCD and depression for as long as I can remember and considered suicide after my mind began to shift from feeling a little too much to feeling nothing at all, which was a pretty dark time for me. Every day involved me just going through the motions with no sense of purpose or belonging or real direction.

The day that I closed on my house and got the keys, I decided that I needed to tear up all the tile floors and replace them with new ones. When I tore up the first time, I said to myself “Oh [expletive]… what did I just do? Who’s gonna fix this?” And I had to remind myself that it was all on me, which is a terrifying thought when you don’t trust yourself at all, but it forced me to just focus on the task and keep moving through each day, even when I was tired of “being here”. It gave me something that I could see progress in. It gave me something that I could look at and say, “I actually did something right.” As every homeowner knows, one project turns into five, and five turns into twenty, and soon, I was reminding myself almost daily that I might have something to offer, after all. It just took a bit of a last ditch effort to make myself at least try.

Along the way, I’ve learned that few things are as complicated as we imagine them to be in our heads and that, usually, all it takes is to just start. I’ve learned that “experts” are my least favorite things, and it’s okay to not know what you’re doing all the time because you’ll figure it out and learn something in the process, which is far more valuable than getting everything perfect the first time. I’ve learned that nothing feels as satisfying as cooking on a kitchen island that you built or walking on a floor that you tiled yourself. I’ve learned that it’s okay to be uncomfortable. In fact, I think it’s a truly necessary element of growth. And I’ve learned that expectations are based in fear, and both of those things are irrational and have only ever held me back from trying new things. I don’t think there is just one way to do basically anything, you just have to listen to yourself and figure out what feels right to you and you’ll get there, no matter how cliche that sounds.

Please tell us more about your work, what you are currently focused on and most proud of.
I hope that DIY, home improvement, and teaching others what I’ve learned will eventually become my main form of work, but my day job can be described as an engineer-turned-web-designer.

I just want people to see that they can do everything that I’m doing, and then some. I want women to see that they can do this all themselves and be confident in their abilities and I want them to see that I’m not any kind of outlier. As a young woman frequenting hardware stores, I’m still offered unsolicited advice in the middle of the Lowe’s lumber aisle about what type of drill bit I should use to mix grout by some guy that built an IKEA cabinet once. But quietly, I know that I’m going to go home and build an entire couch from a mattress and spare lumber and it feels awesome. I want other people to feel like that all the time and to know how much they’re capable of and to stop being surprised when they get something right.

We’re interested to hear your thoughts on female leadership – in particular, what do you feel are the biggest barriers or obstacles?
I remember I was speaking to a male friend about my plans to buy a house and remodel it myself. He asked if my brother had construction experience and the time to take care of the projects because otherwise there was no way it would get done. After I started my projects, another guy friend said that I was “turning into a man.”

This line of thinking is pretty common in my industry, and it stops a lot of women from even trying. Thankfully, I’m pretty stubborn, so it only fuels my passion to prove them wrong every chance I get. The idea that women can’t be the muscle in renovations and that they must only be the designers and choose pretty paint colors and too-expensive tile while their husbands are the brawn has been perpetuated by popular home improvement TV shows and I want to play a part in changing that stereotype. 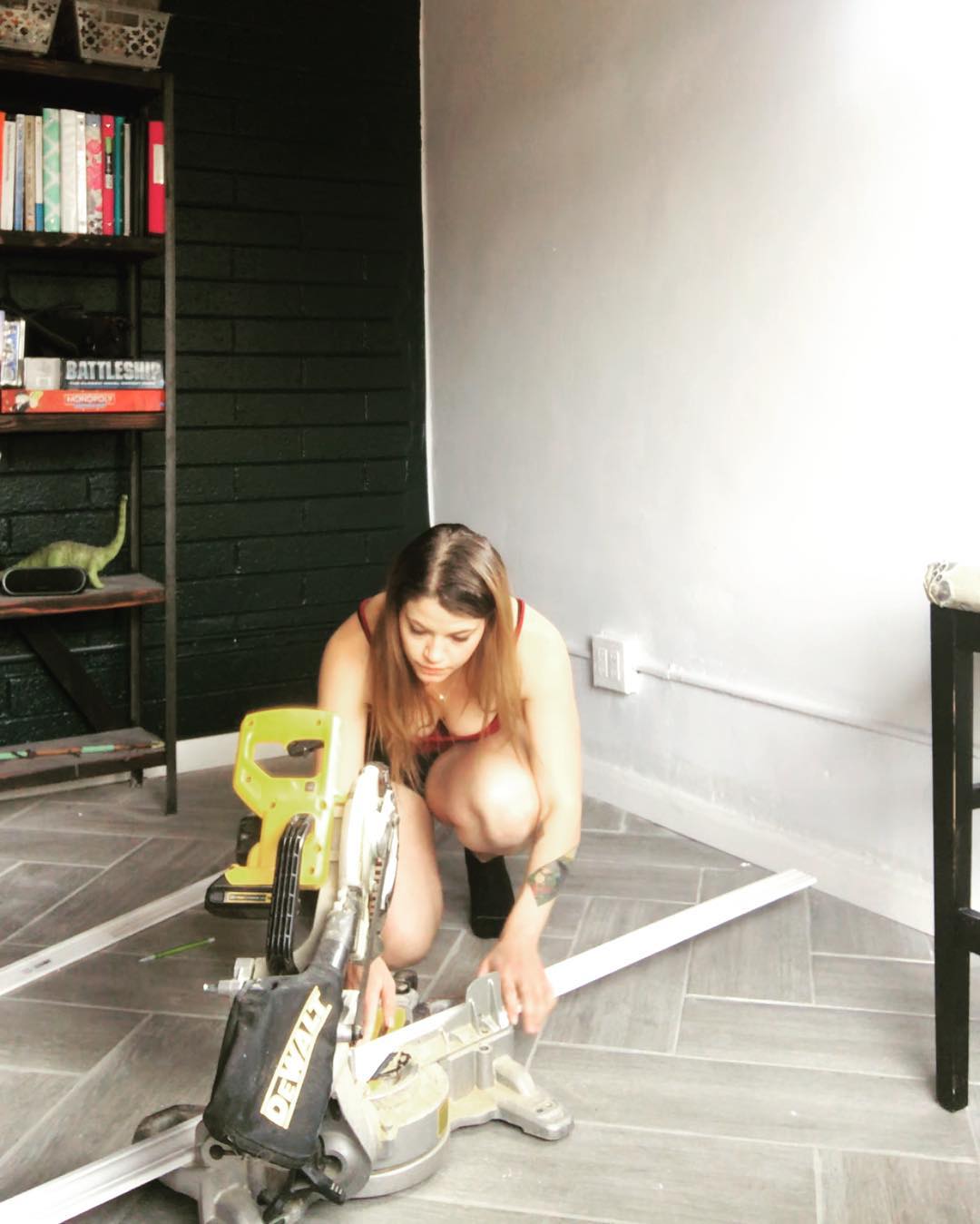 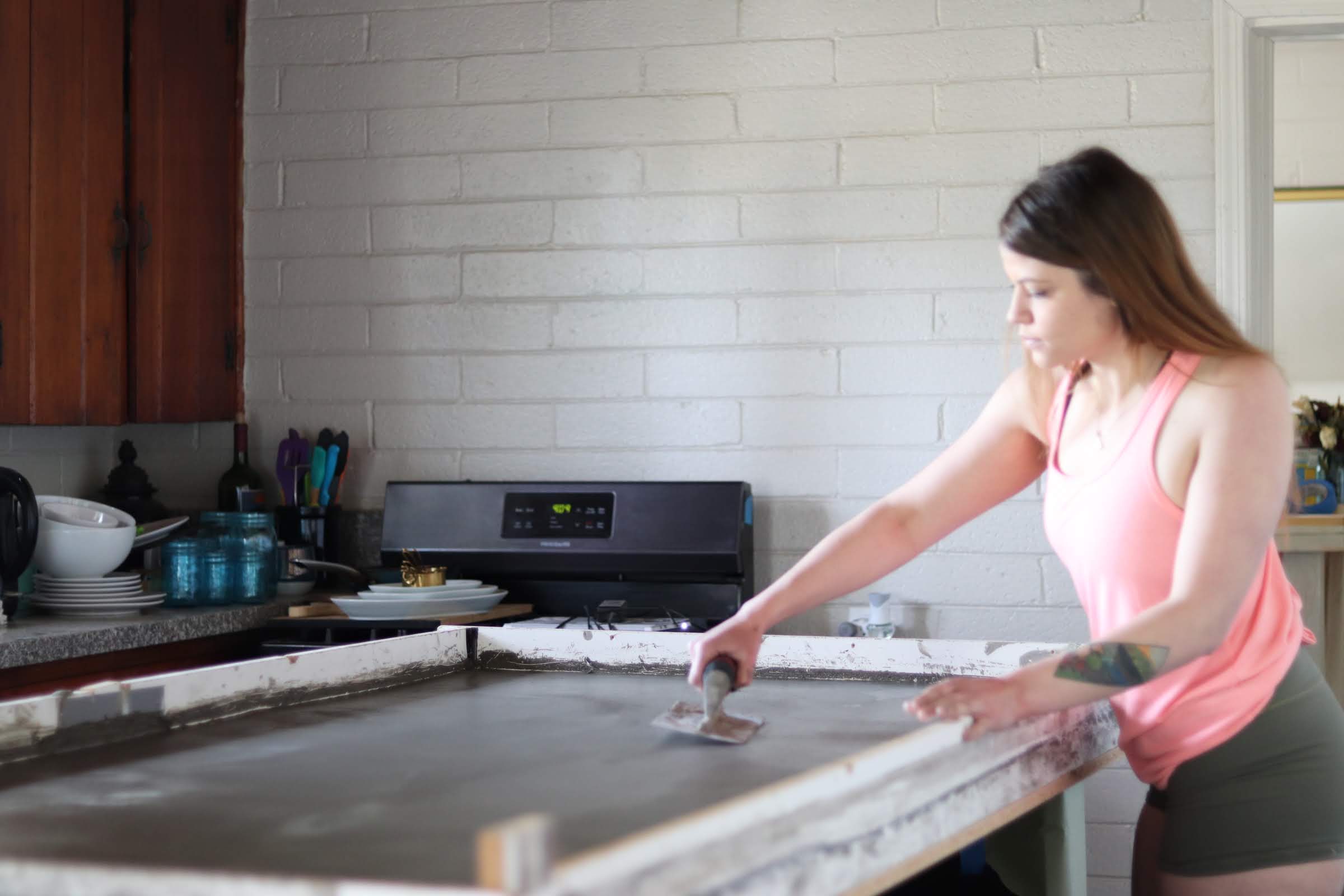 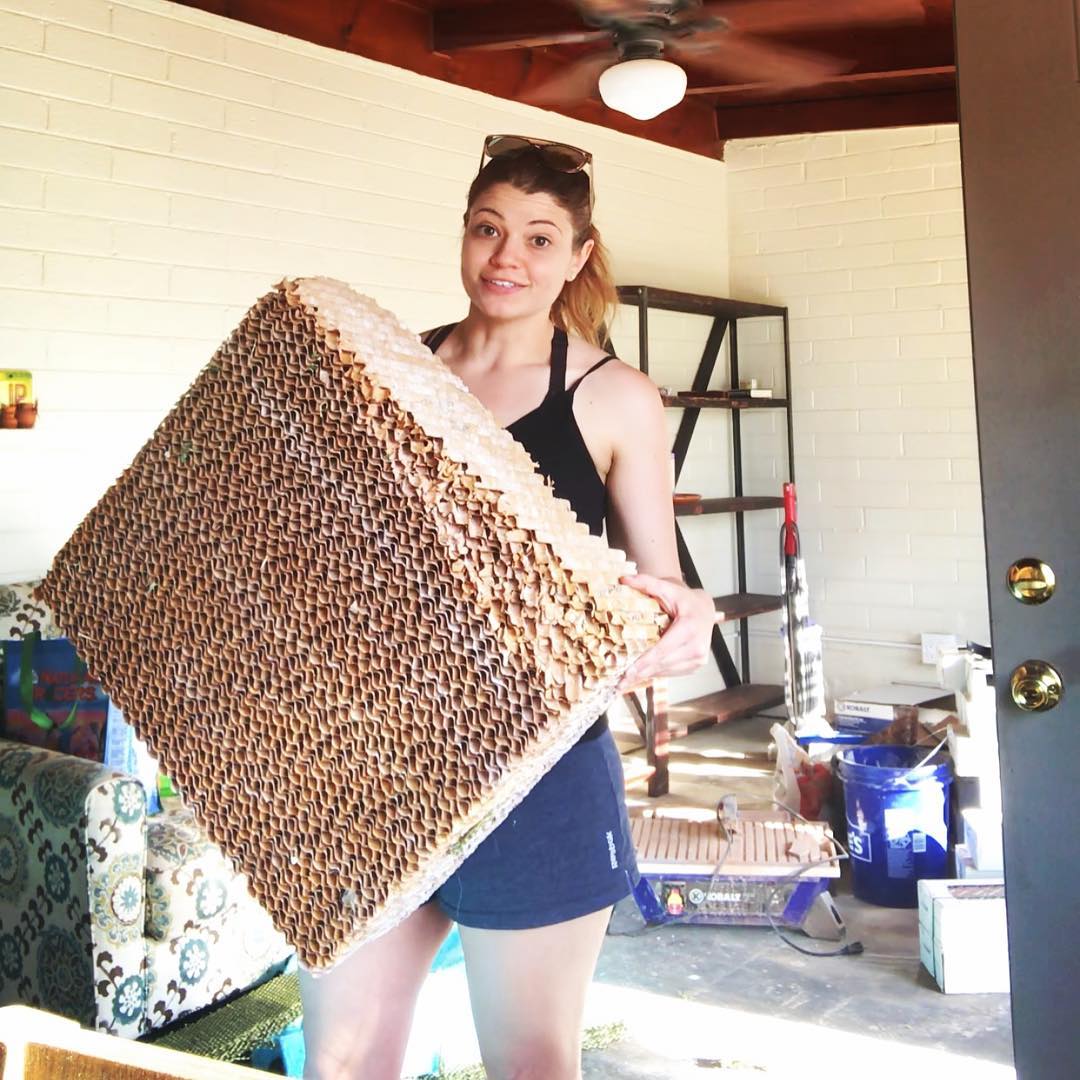 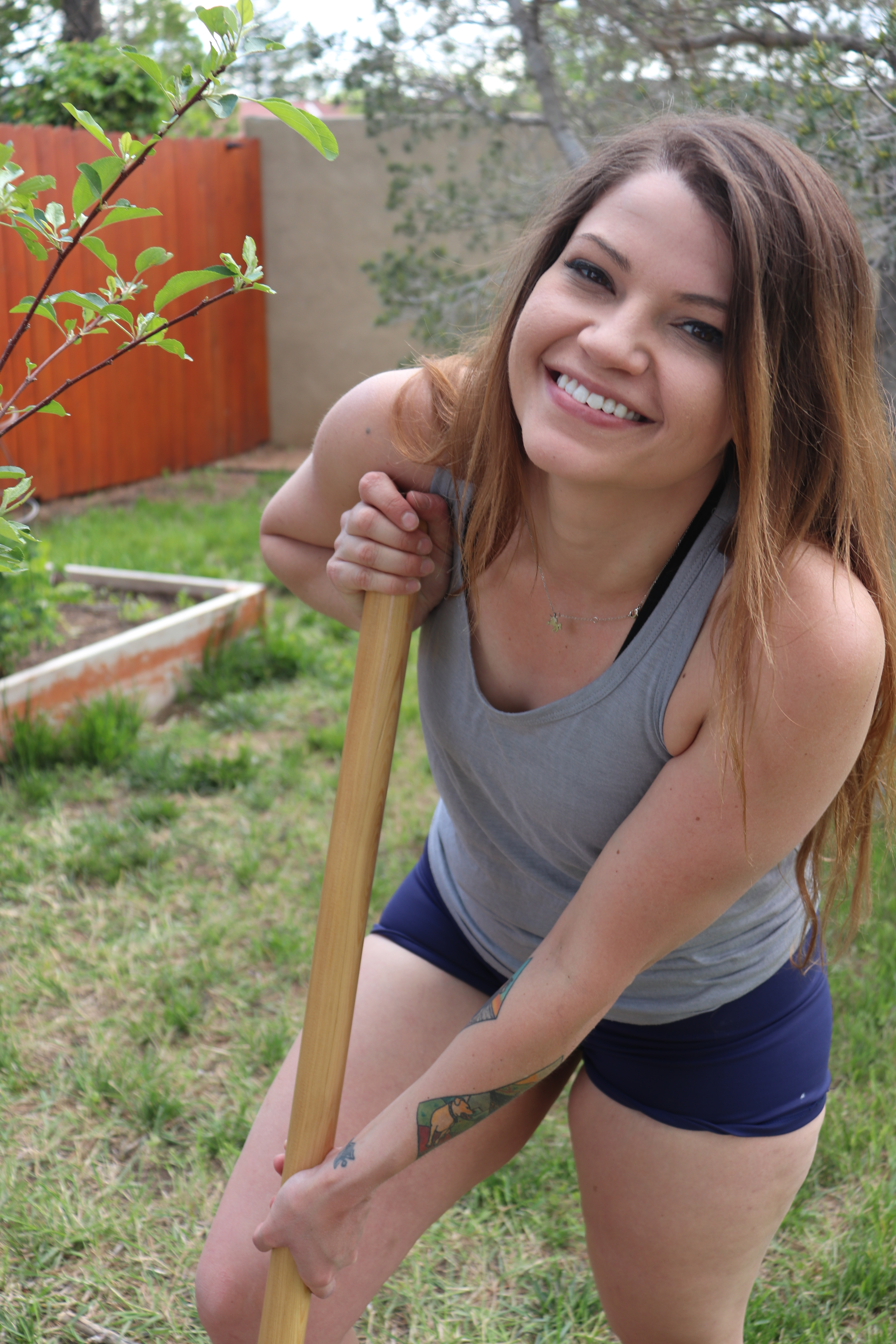 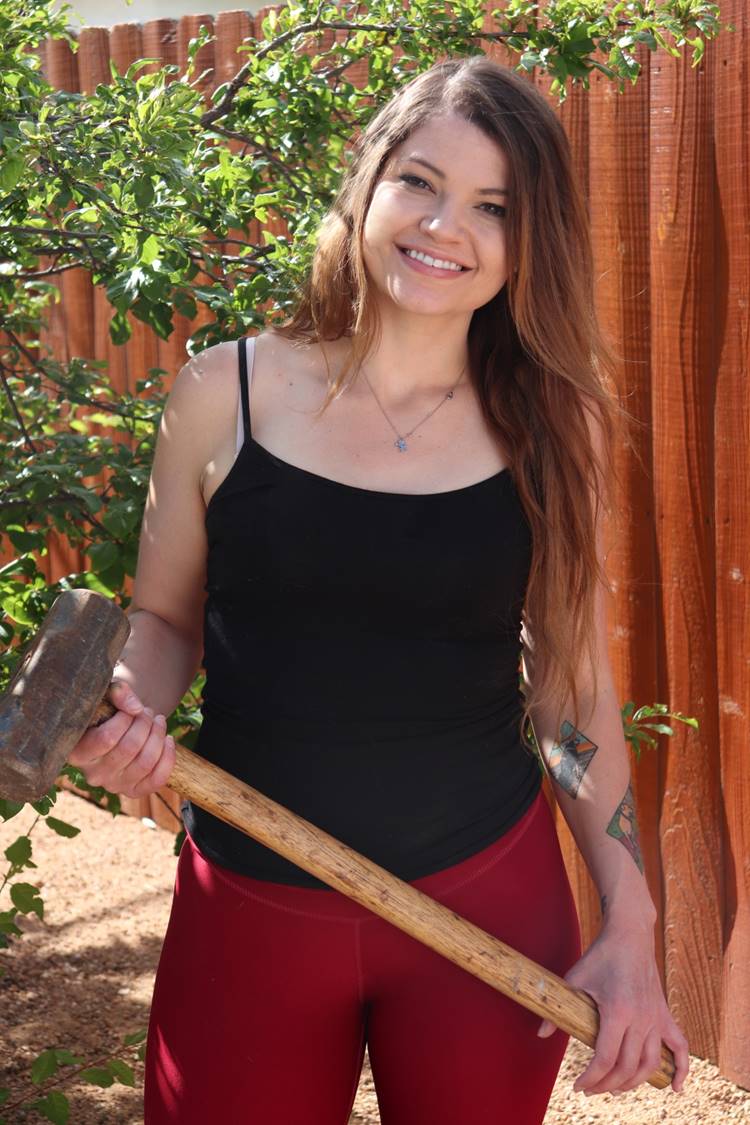 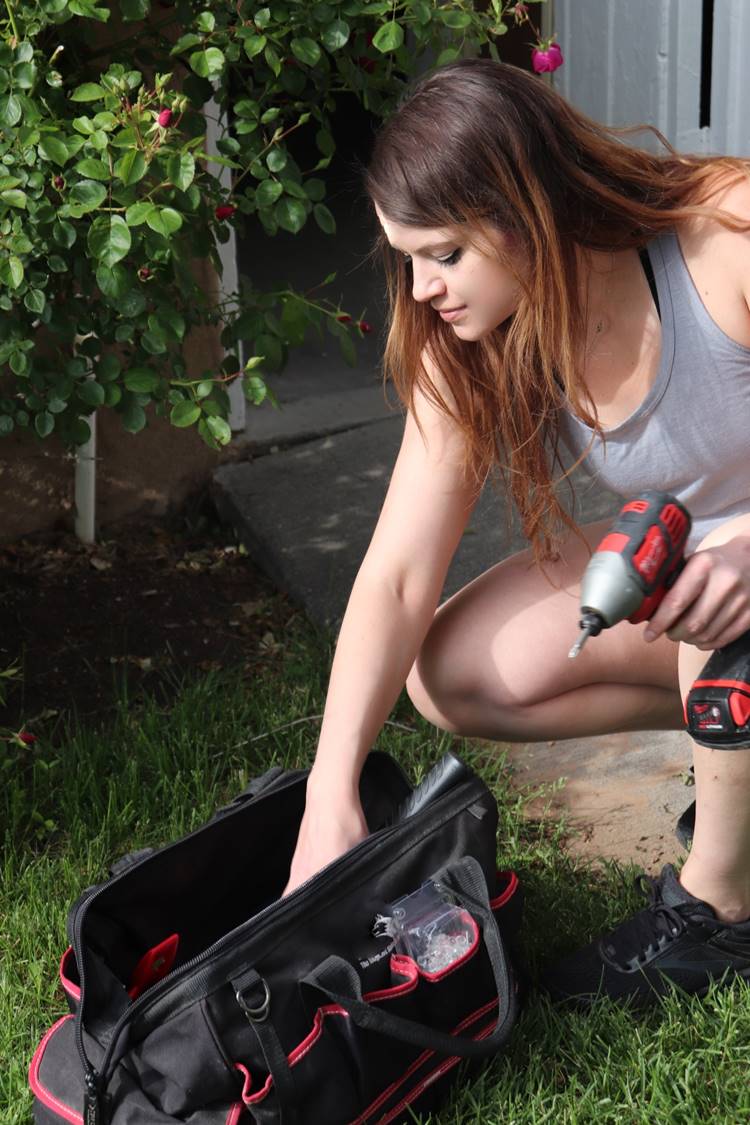