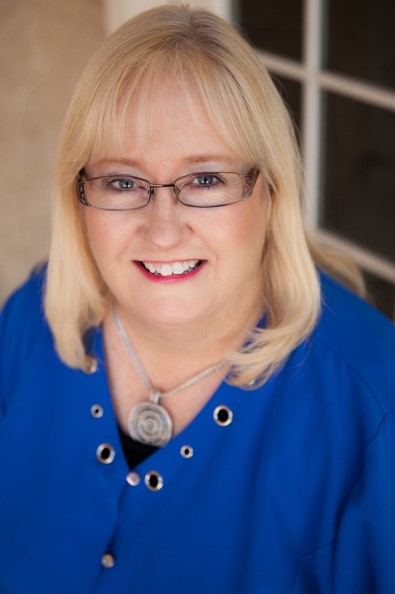 Today we’d like to introduce you to Kayla Kolar.

Kayla, can you briefly walk us through your story – how you started and how you got to where you are today.
Originally from the Midwest, I have a BS in Business Administration from Illinois State University and spent my early years in the insurance industry in underwriting and sales. In the mid 80’s, I worked for the National Federation of Independent Business as a division sales manager. NFIB is a lobby organization for small business owners. Once I was bitten by the nonprofit “bug”, I found myself being drawn to causes and organizations that have a profound impact on the lives of others! During my time with NFIB, I was transferred from the Denver area to Phoenix. I spent 11 years at the Desert Botanical Garden in a variety of positions, the last several years as the Deputy Director. After a short time as the Executive Director of the Susan G. Komen Race for the Cure, I landed at the Gilbert Historical Museum in 2005 where I am the President and CEO.

I have always been a volunteer from childhood on, so it is kind of a natural that I would now work for organizations where volunteers play such a critical role. Being affiliated with such wonderful people gives me hope for the world. There are so many people who are willing to give back to their community in very big ways, and my life has been very blessed by them.

Personally, I have 3 sons, young men really! They are the light of my life. One of the most impactful programs I have been through was Gilbert Leadership (a program of the Gilbert Chamber of Commerce). I went through Class 14 and then served on the board of directors for 7 years including a year as president and am now an active part of the alumni. In 2013, I was awarded the prestigious Gilbert Leadership award. I have co-authored a history book on Gilbert as part of the Images of America series by Arcadia Publishing. And I have served on a variety of boards through the years.

Has it been a smooth road?
While my path may seem a little unusual, every change along the way really made logical sense. I did not start out with the intention of leading a nonprofit organization. But running a nonprofit is very much like running a business. Instead of shareholders or investors, we have members, donors, and a board of directors. And often times, in addition to employees, we have many volunteers. While we don’t pay income tax, we are still faced with, and even additional, governmental regulations, employee issues, etc… Life, in general, is not smooth. In a small nonprofit especially, you have to learn how to wear many hats and be able to solve a variety of challenges that come your way. When I was younger, I sometimes wished that I had specialized in a particular area of business. But being a generalist has served me well and allowed me to develop skills in many areas which are important being at the helm of an organization. It has also provided me with opportunities I would not have had if I had taken a more traditional path.

I would encourage young women to consider a career in the nonprofit world. Many times people just end up there instead of targeting that as their career choice as I did. There are so many nonprofit industries from which to choose – social service, arts, and culture, environmental, political, medical, etc. Historically, women have often times been seen as the caregiver. So many of the social service positions that are mission-driven are held by women. In the arts and culture realm, there is a mix, but the leadership positions have often been dominated by men. As with the rest of the world, that is slowly changing. And nonprofits need many of the same support staff that for-profit organizations do – legal, accounting, information technology, marketing, etc.

We’d love to hear more about HD SOUTH, Home of the Gilbert Historical Museum.
The Gilbert Historical Museum is the oldest nonprofit in Gilbert. It is housed in the oldest building still standing in Gilbert and the only one on the national register of historic places. Built in 1913, it was the original elementary school in the Gilbert School District. The museum was opened in 1982 by the Gilbert Historical Society and was operated solely by volunteers until 2005 when I was hired as the first executive director. We spent those first several years updating exhibits, applying for grants, working on governance issues, and building earned revenue streams into our operations (admissions, memberships, gift shop, facility rentals, etc.). But while we were doing that, the world around us changed. When the economy took a severe downturn in 2008, we realized that the old model of static exhibits in museums was not enough to keep our private nonprofit museum afloat. We searched nationwide for a model that would sustain us. Sadly, what we found was that many small private nonprofit community history museums (those NOT owned and operated by their local municipality) were closing. We were determined not to have that happen to us. We found a programming model called Communities For All Ages which is an intergenerational approach–designed for all ages to do together. Gilbert is one of the fastest growing communities in Arizona and in the nation and has been for years. With a population of 250,000 and growing, 37% of those residents are 19 and under. Almost 25% are over 50 and that is increasing. So the CFAA model really fits this community. We also knew that we had to do more than just history. Because of the rapid way that Gilbert has grown, there is very little arts and culture for the community. So, last fall, the organization expanded its mission and rebranded itself into not just a history museum, but more of art and culture center. We changed our doing-business-as name to HD SOUTH, Home of the Gilbert Historical Museum, to signify the importance of our location as the southern gateway into the ever popular Heritage District. We have introduced new programming in areas including art, history, science, music, genealogy, the environment, storytelling, and literature. We will always have our history museum because that is our heart. But we are now SO MUCH MORE! We are in the quiet phase of a $2 million capital campaign to construct a new multi-purpose facility that will accommodate new programming and rental space, and a renovated courtyard for community events. We are filling a huge need in the community and bringing the generations together to do life!

We’re interested to hear your thoughts on female leadership – in particular, what do you feel are the biggest barriers or obstacles?
Even though women still lag behind in pay and executive leadership roles, change seems to be coming, albeit it slowly. That is true in the arts and culture nonprofit world as well. There have only been a couple of times in my career where I felt that I missed out on an opportunity because I was a female. 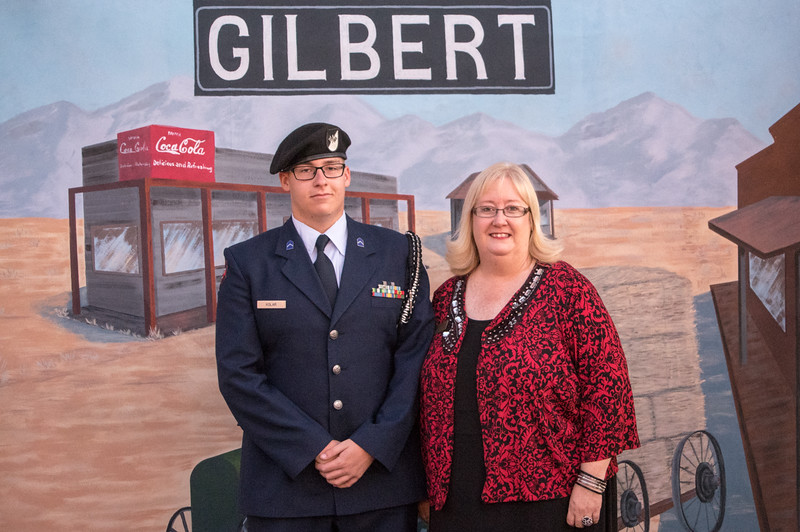 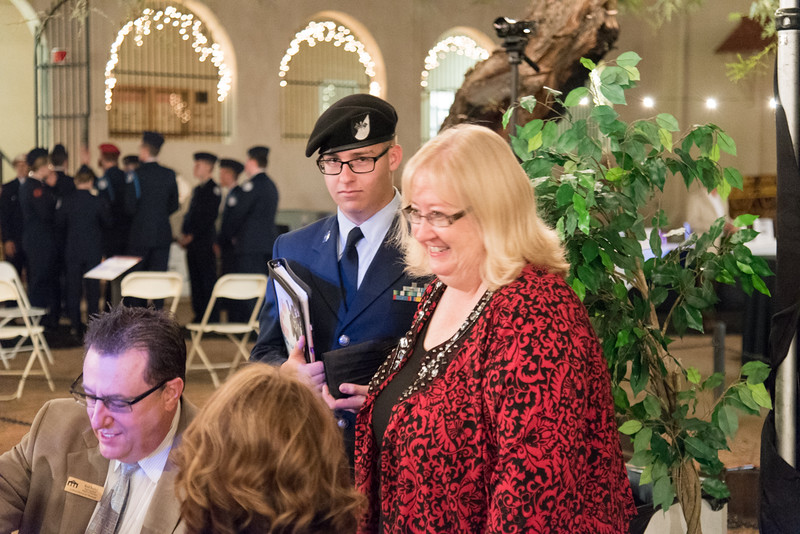 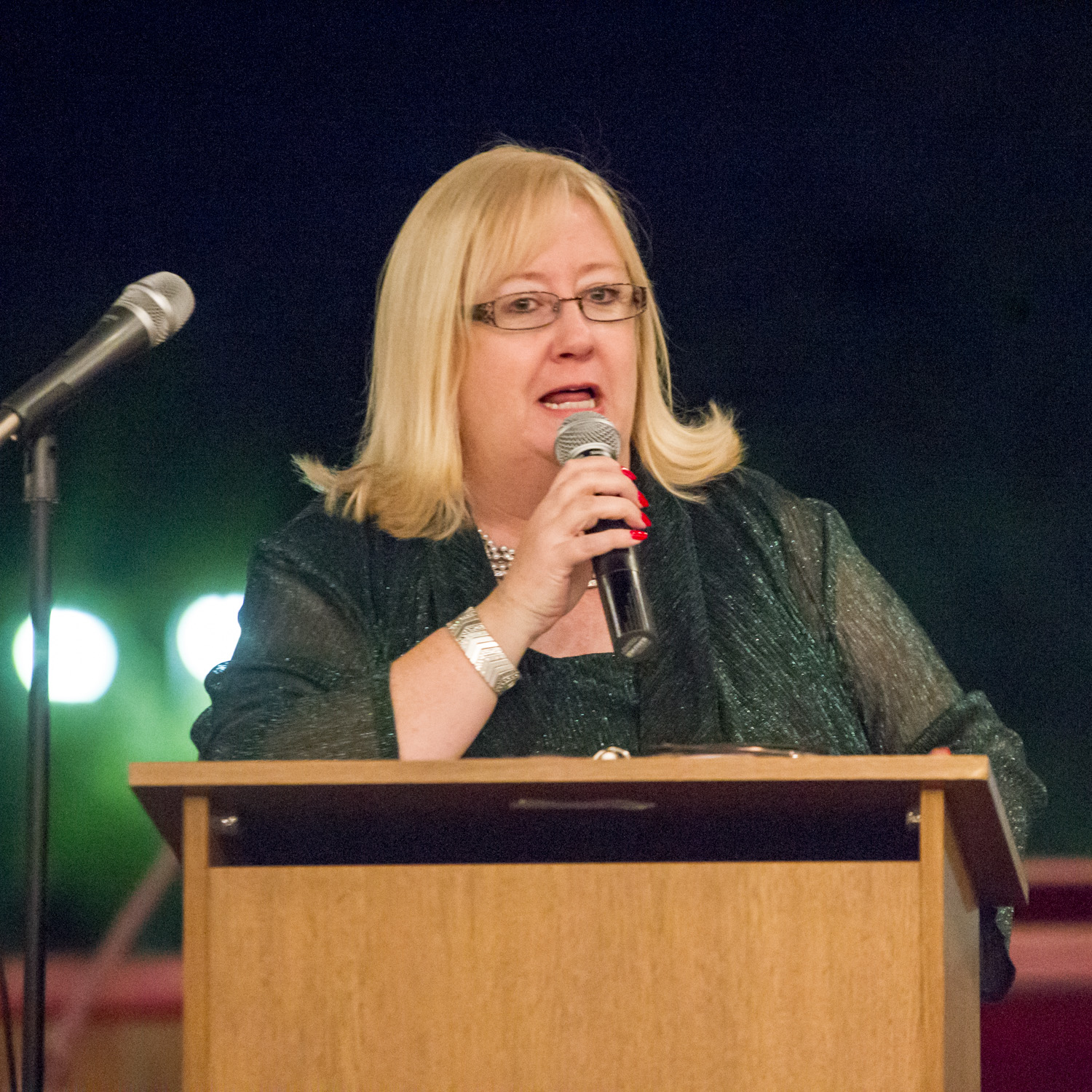 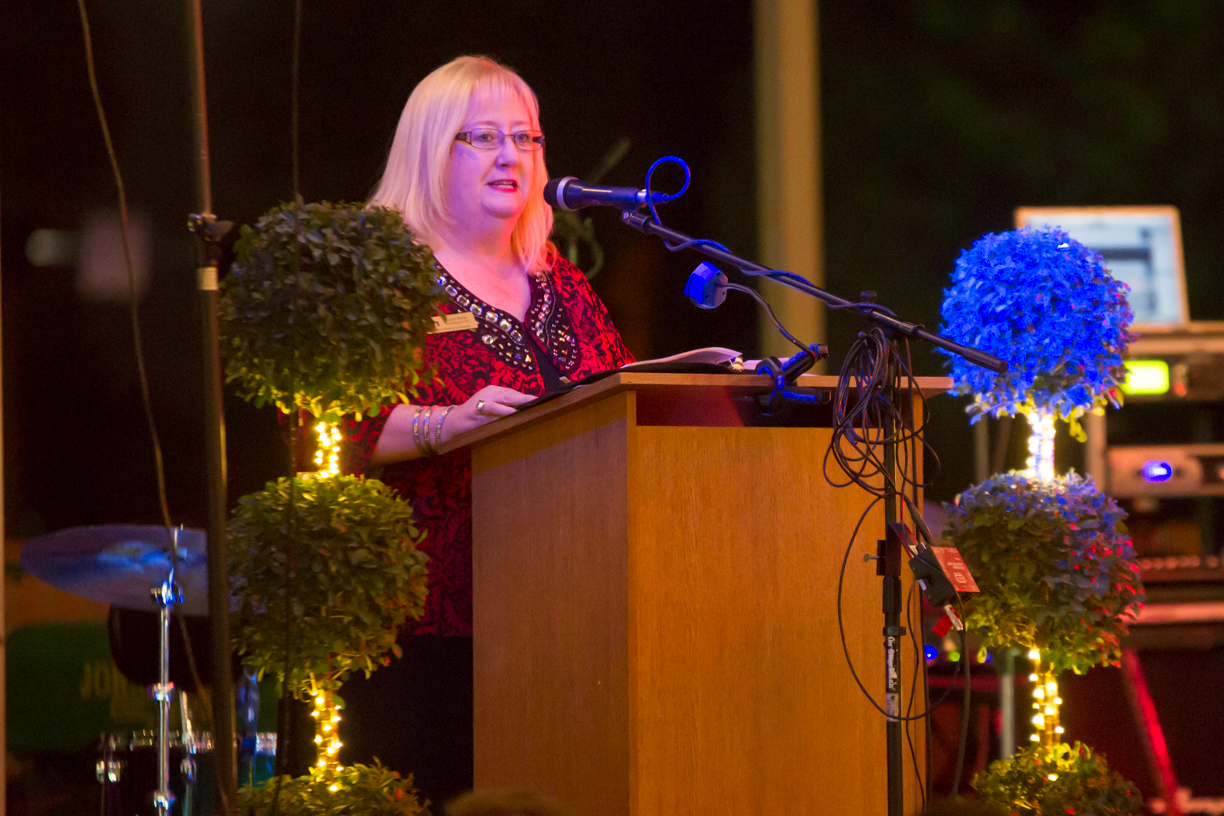 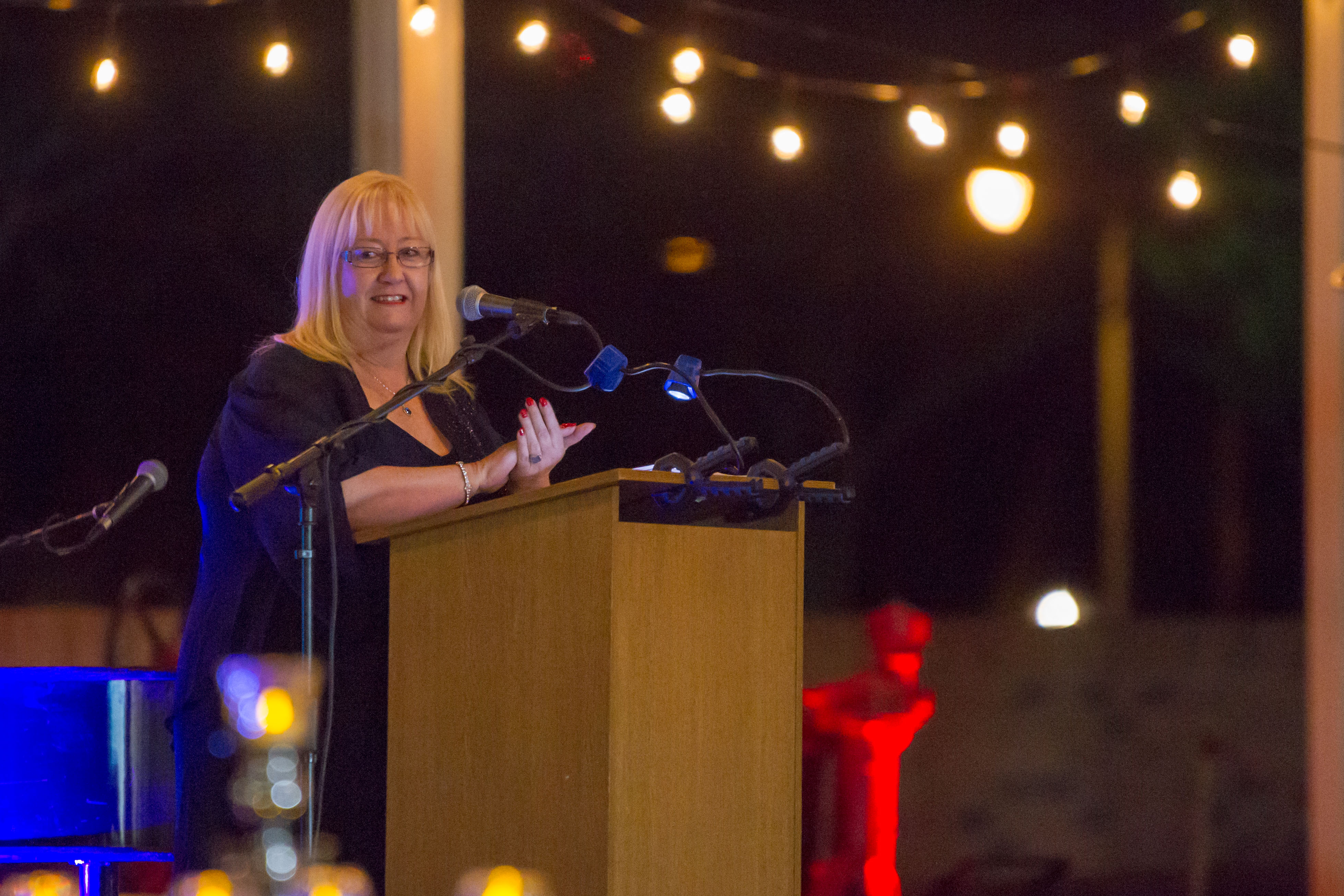 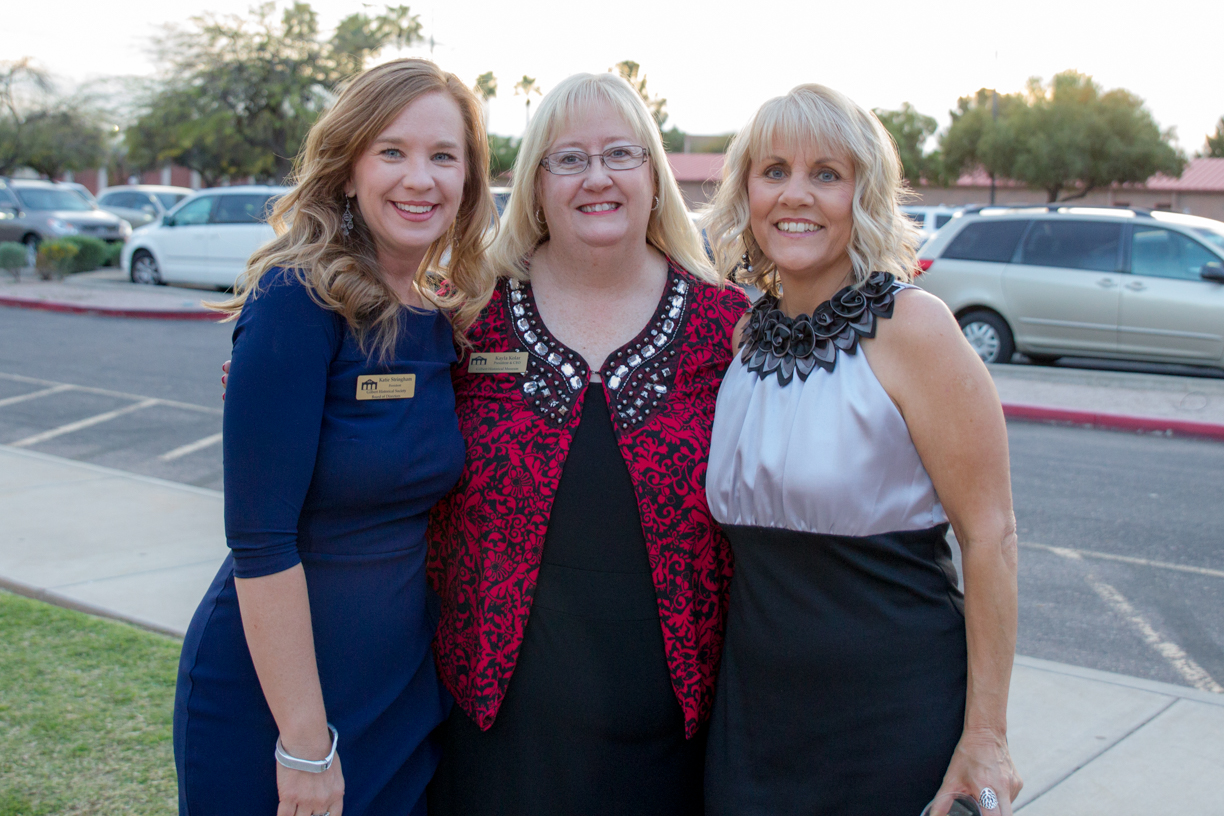 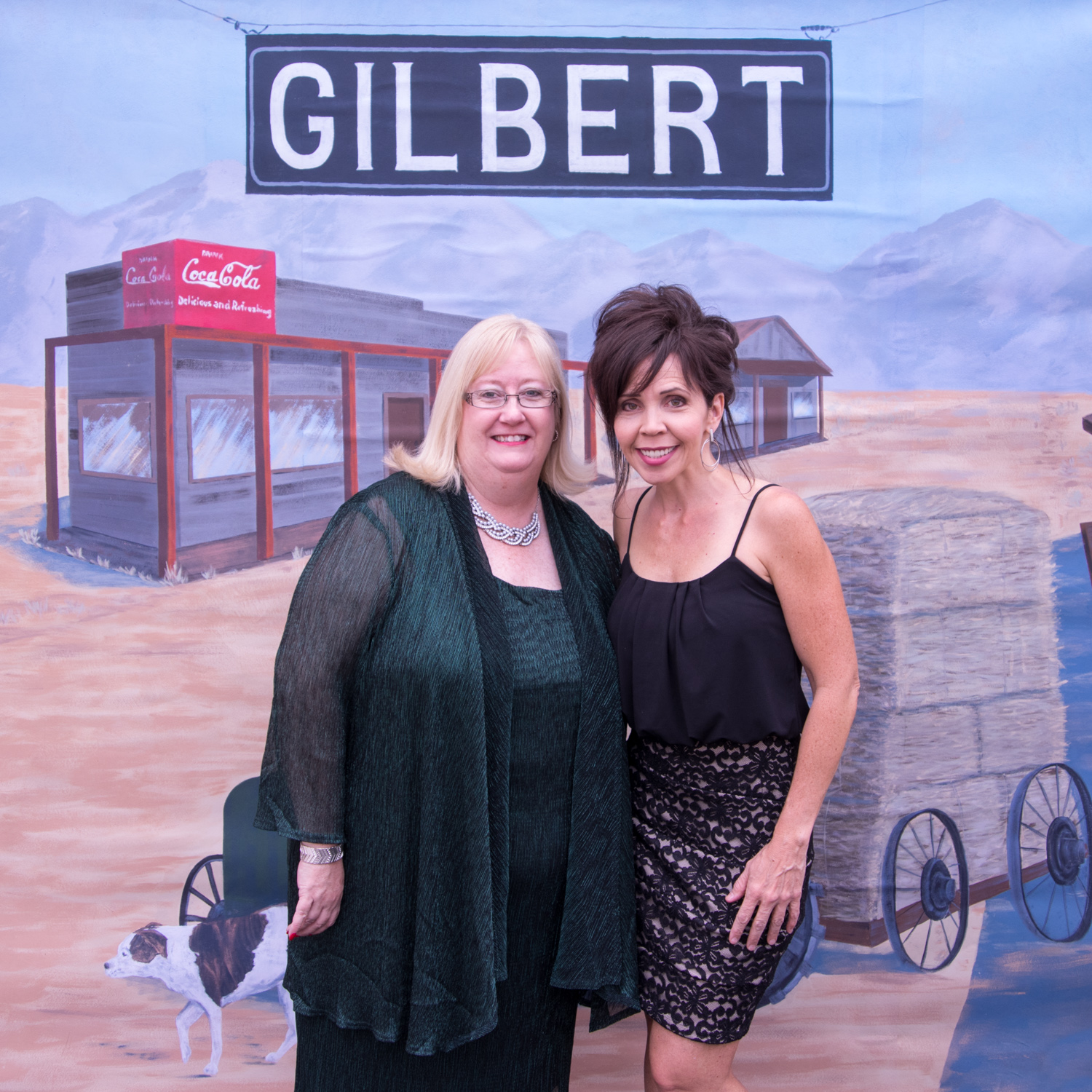 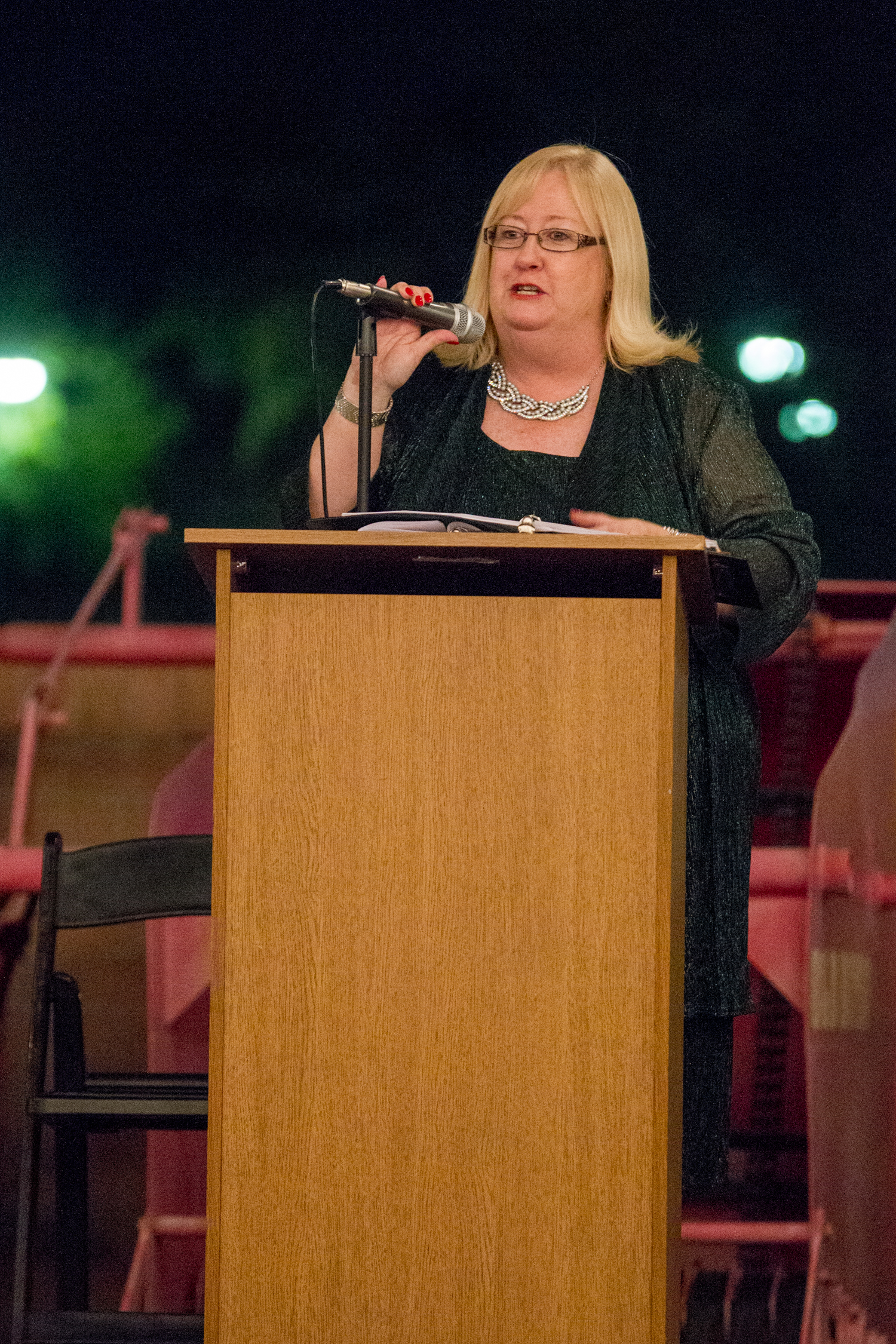 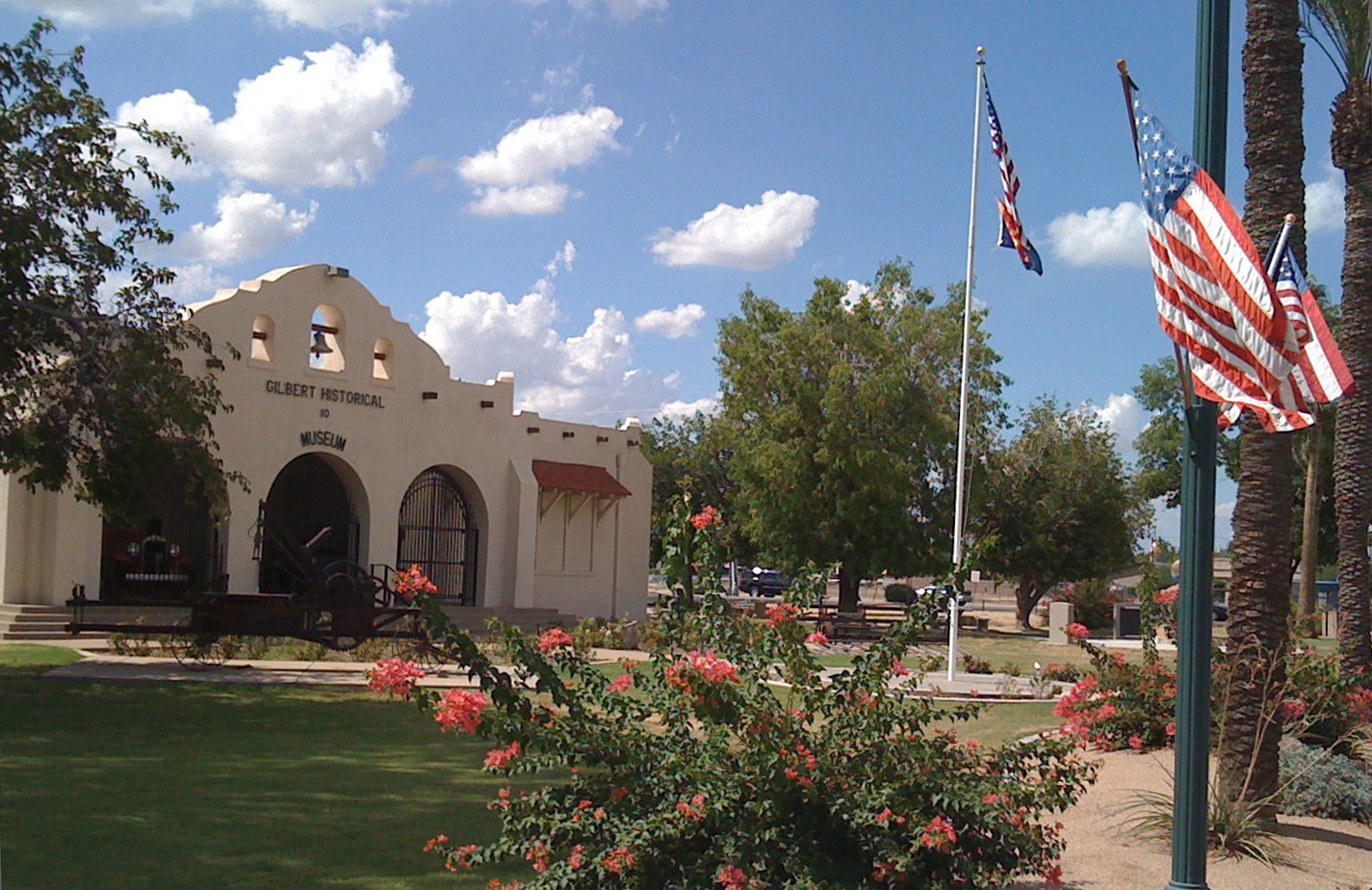 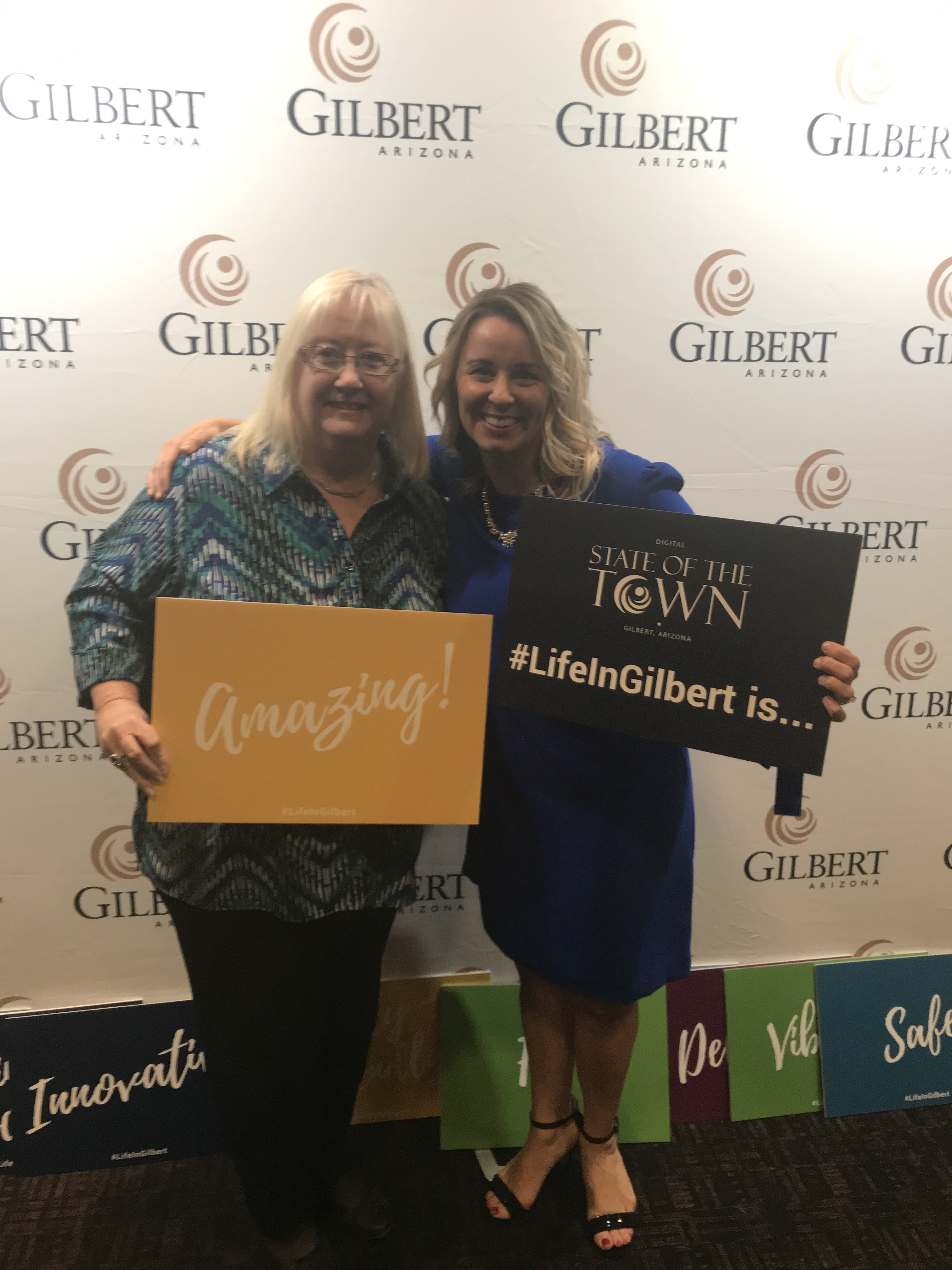 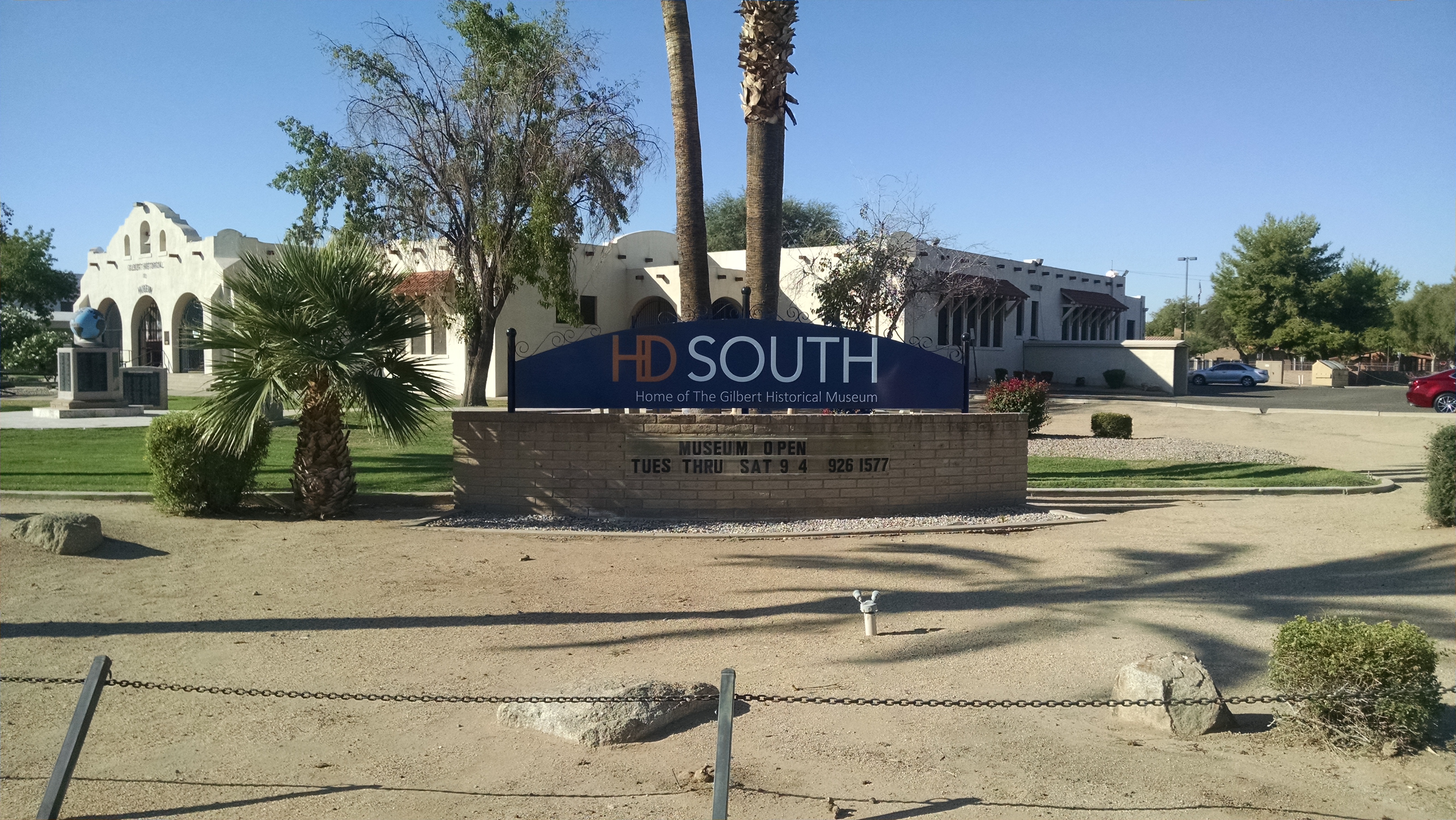 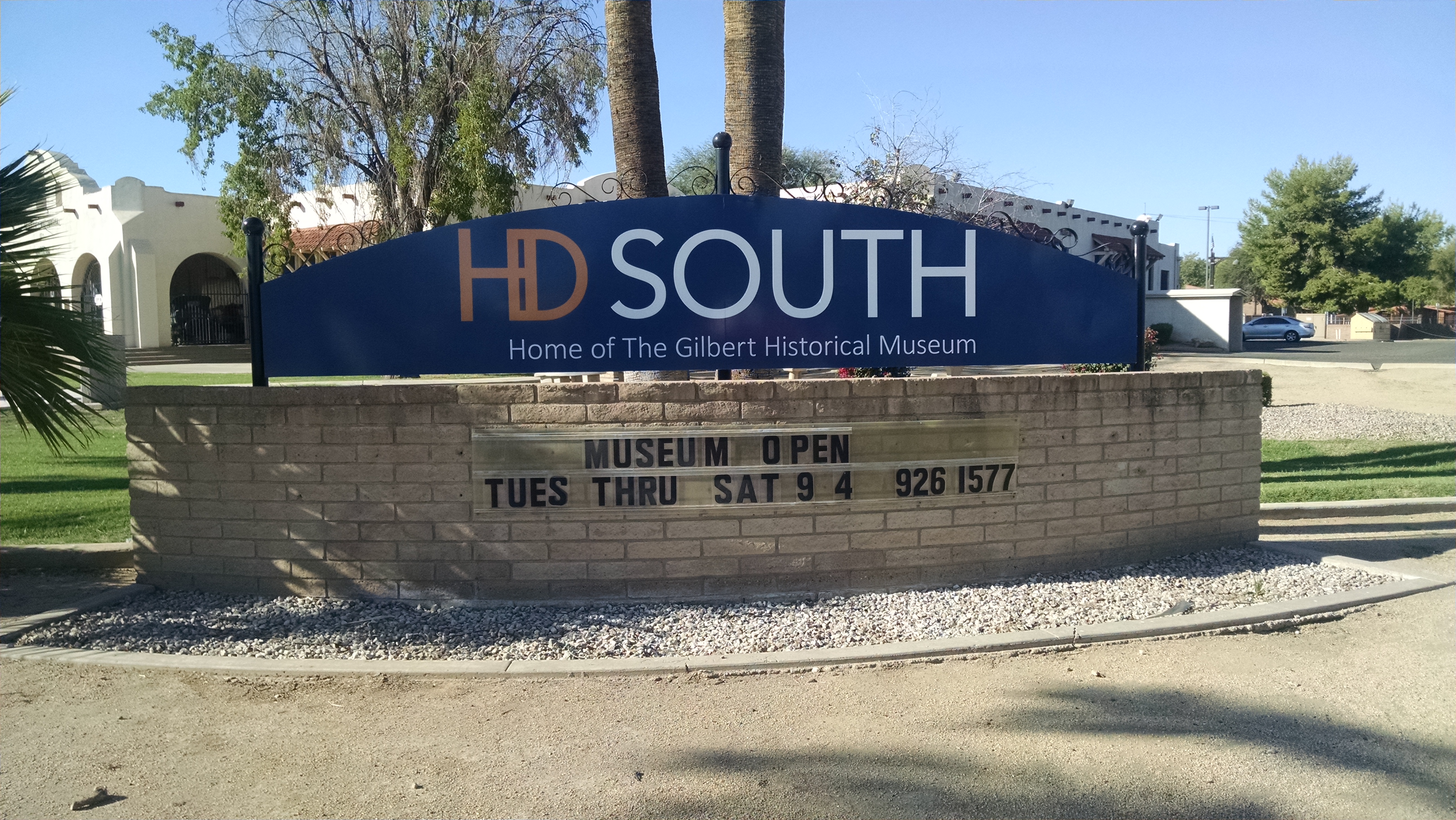