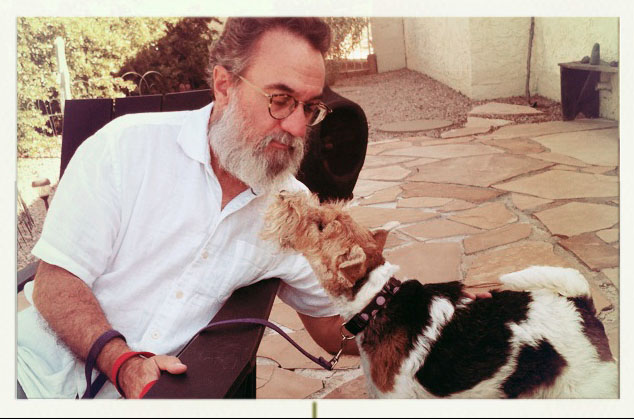 Today we’d like to introduce you to Ted Jouflas.

Every artist has a unique story. Can you briefly walk us through yours?
I spent my childhood in Los Angeles and went to university at the San Francisco Art Institute, graduating in 1982.
Throughout the 1980s my drawings and paintings were exhibited in group shows and in several one-person exhibitions in San Francisco, Los Angeles, Chicago, and New York. I received grants from The Koret Foundation and Foster Goldstrom. I received awards from Henry T. Hopkins, Director, SFMOMA and Phyllis Kind, Director, Phyllis Kind Gallery, Chicago, and New York. A well known and influential art dealer once told me that it was way easier to find a brand new artist to hype and sell to his list of collectors than it is to find a brand new collector and convince them to buy work from artists he already represents. The rest is the story of my life.

Simultaneously at some point in the early 1980s, I started working as a freelance illustrator. Initially, this work was made for “punk-art” types of publications. Eventually, I started getting editorial work from various newspapers, “alternative” news weeklies, and magazines. I also started working for glossy fashion and music magazines such as RayGun, Rolling Stone, and SPIN. My work has appeared in American Illustration 10 times. In 2001 I was honored with the top award for illustration by AIGA (American Institute of Graphic Arts).

In the late 1980s just as my fine art career was becoming as thin as champagne on a slate, I got involved in “alternative” comics. This made sense primarily because my work was already narrative and sometimes included written text. So writing short stories and illustrating them seemed natural. Initially, my short stories appeared in various issues of Robert Crumb’s WEIRDO. Later they appeared in other anthologies in the United States, Belgium, and France. In 1990 I moved to Seattle just in time for “Grunge” and worked freelance for Fantagraphics and the record label Sub Pop. In the late 1990s, Fantagraphics published my “graphic novels” Scary! and Filthy. In 2004 they also published a one-shot illustrated poem masquerading as a comic book titled APE.

In 2014 my wife and I moved to Phoenix and really love living here. The Sonoran Desert is stunning in its beauty.

Since 2016 my comics appear regularly in The American Bystander, and I teach an illustration class on Monday evenings at Alice Cooper Solid Rock Teen Center in Phoenix.

Please tell us about your art.
These days I mainly work as an illustrator and comics artist. I write comedic short stories and illustrate them. Sometimes I illustrate the work of other authors and journalists. This means that I work with publishers, authors, editors, and art directors. Being an illustrator is quite different from being a fine artist because it is a collaborative process with a client. Sometimes this can be difficult, and sometimes it can be charming depending on the personalities involved. Doing illustration work is more like being a musician in a band or orchestra.

We often hear from artists that being an artist can be lonely. Any advice for those looking to connect with other artists?
Get a dog. Perhaps two of them. That way you won’t wear one of them out with neediness.

Some of the very best artists I’ve known have four legs.

Loneliness comes with the turf of being an artist or a writer. Since I do both, do I have double loneliness?

If you’re going to make things you have to spend a lot of time by yourself in your own head.

I recommend making friends with all kinds of people who aren’t artists. Make friends with truck drivers, ice cream men, waitresses, salesmen, accountants, clerks, real estate agents, bankers, monks, beauticians, morticians, teachers, doctors, grocers, entrepreneurs, bartenders, dog trainers (you’ll need them if you take my advice above), railroad conductors, taxi drivers, with anyone you hit it off with who isn’t an artist.

You will get way better material from all of these people than you ever will from other artists, and they will never steal your ideas.

Seriously, you’ll be much happier.

How or where can people see your work? How can people support your work?
Since 2016 my work appears regularly in The American Bystander. The only American Humor Magazine.

The American Bystander publishes the humorous writing of people who have also written for The New Yorker, The National Lampoon, MAD, Seinfeld, Saturday Night Live, The Onion, The Simpsons, Monty Python, Letterman, Vanity Fair, and others.

I am far outranked by my fellow contributors. Why I’m as giddy as a boy stowaway on a pirate ship!

If you enjoy laughter, or if you must cry you could at least arrive there via laughing, please subscribe to this lovely quarterly magazine. 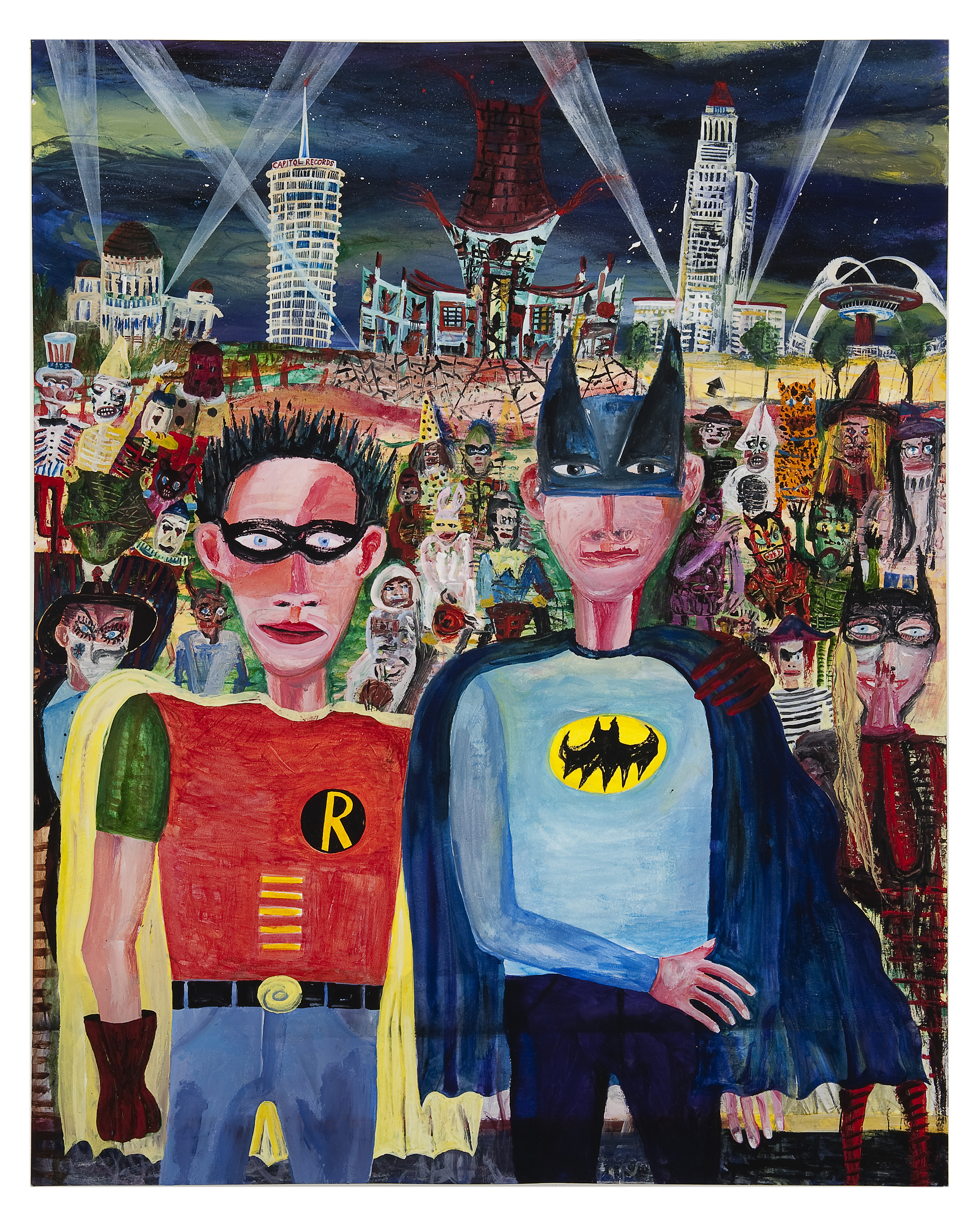 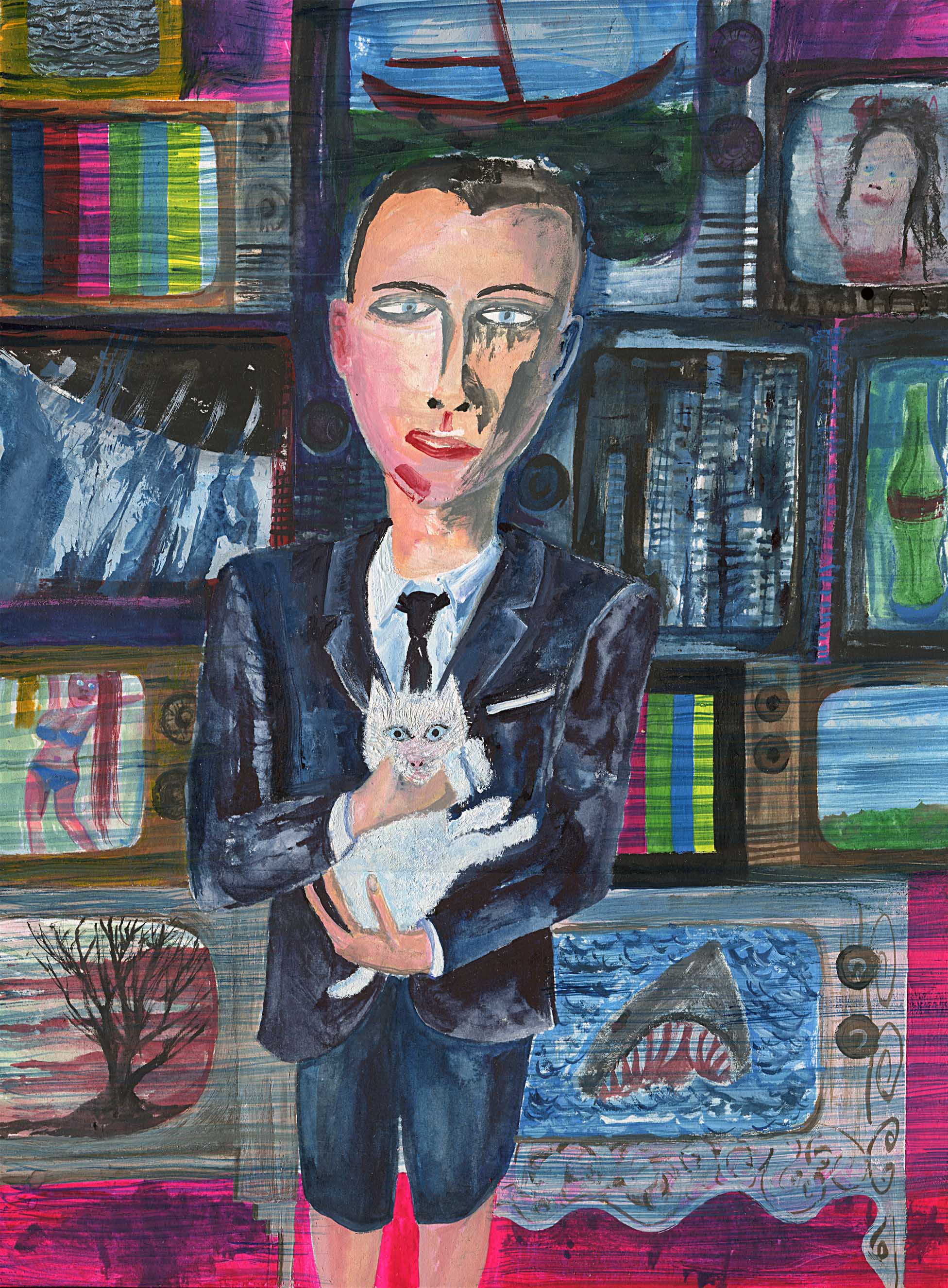 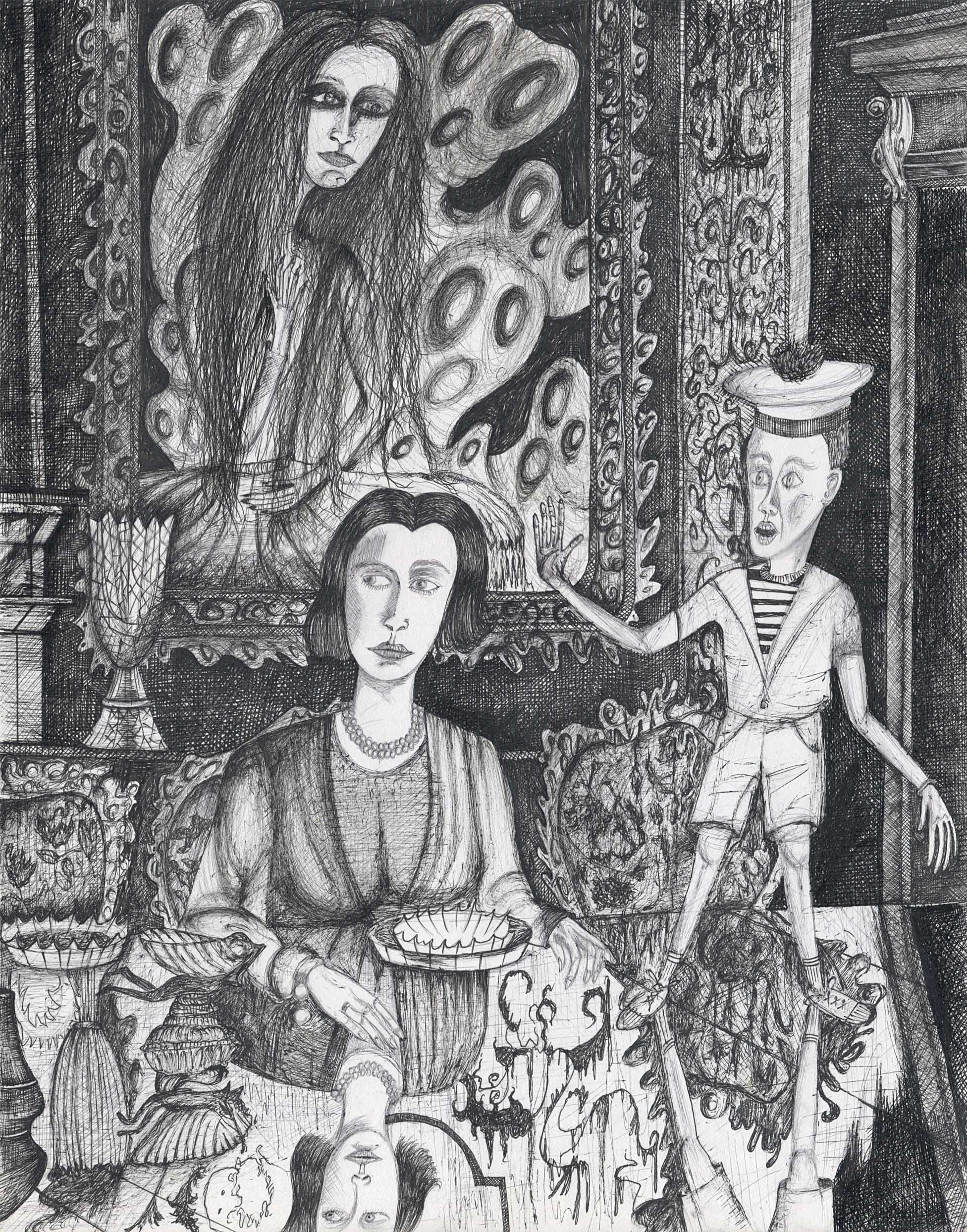 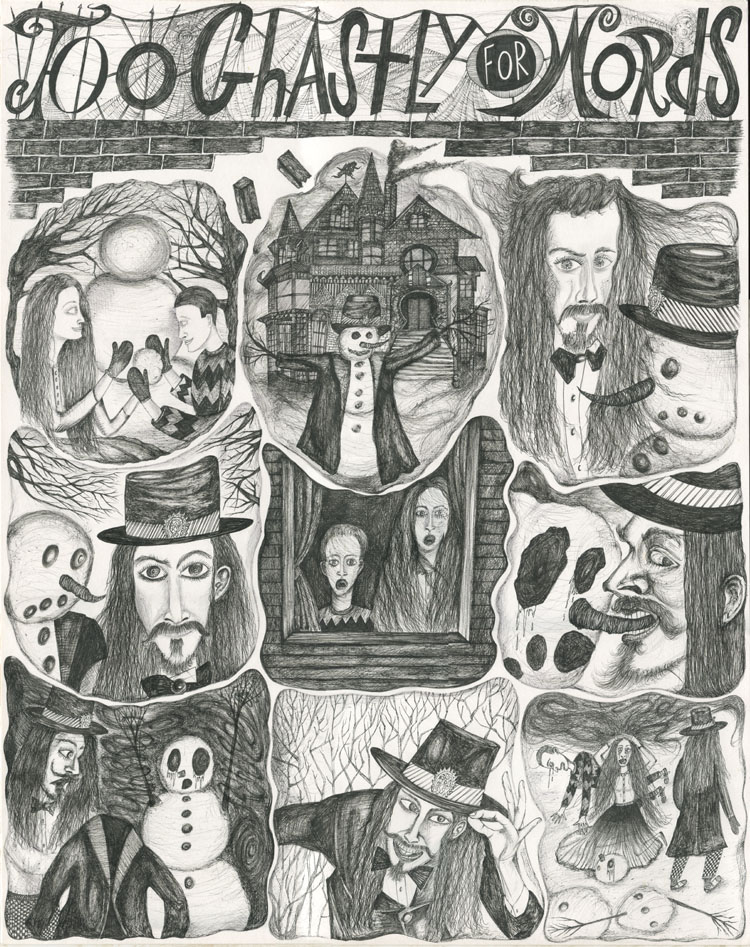 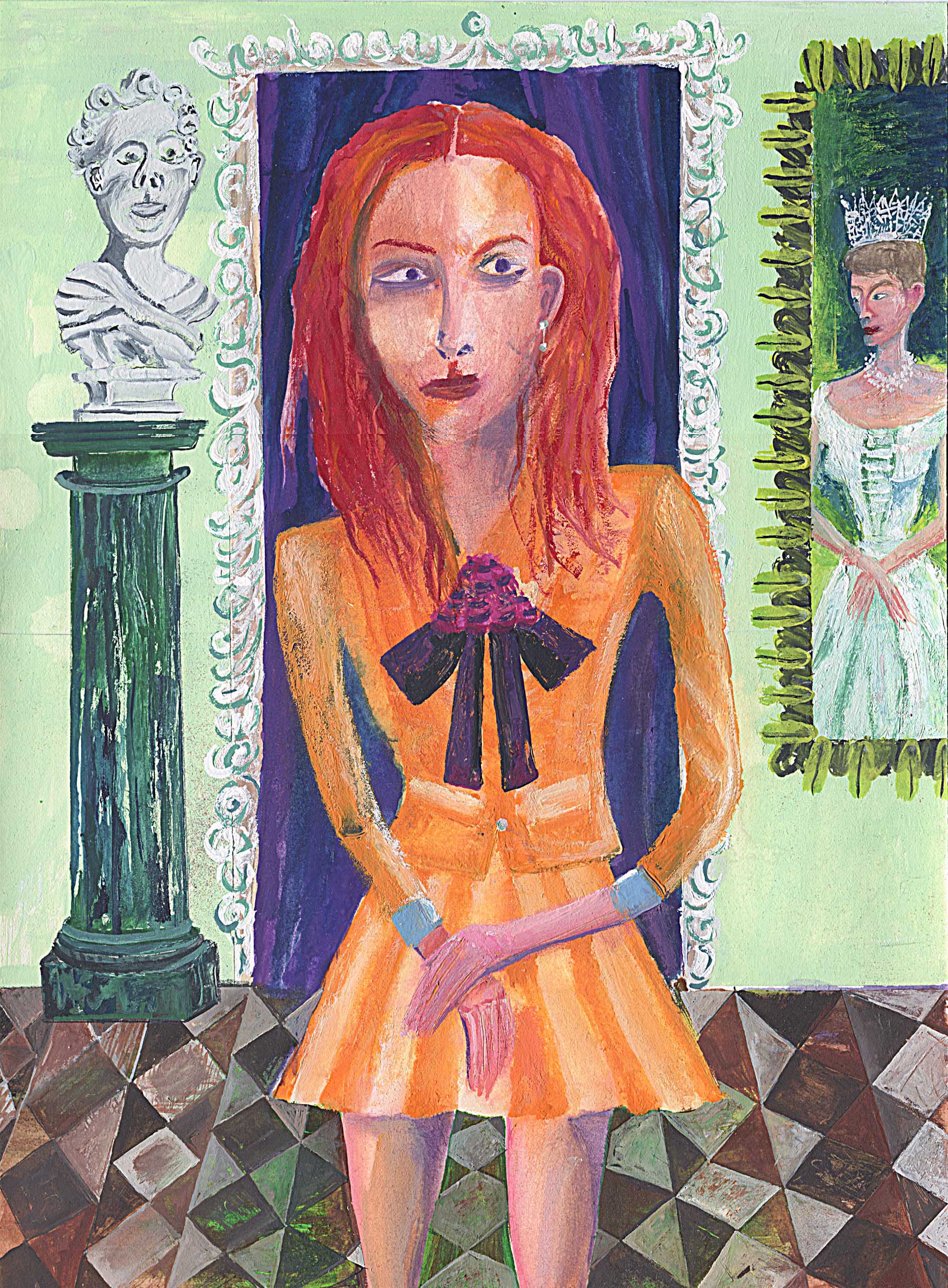 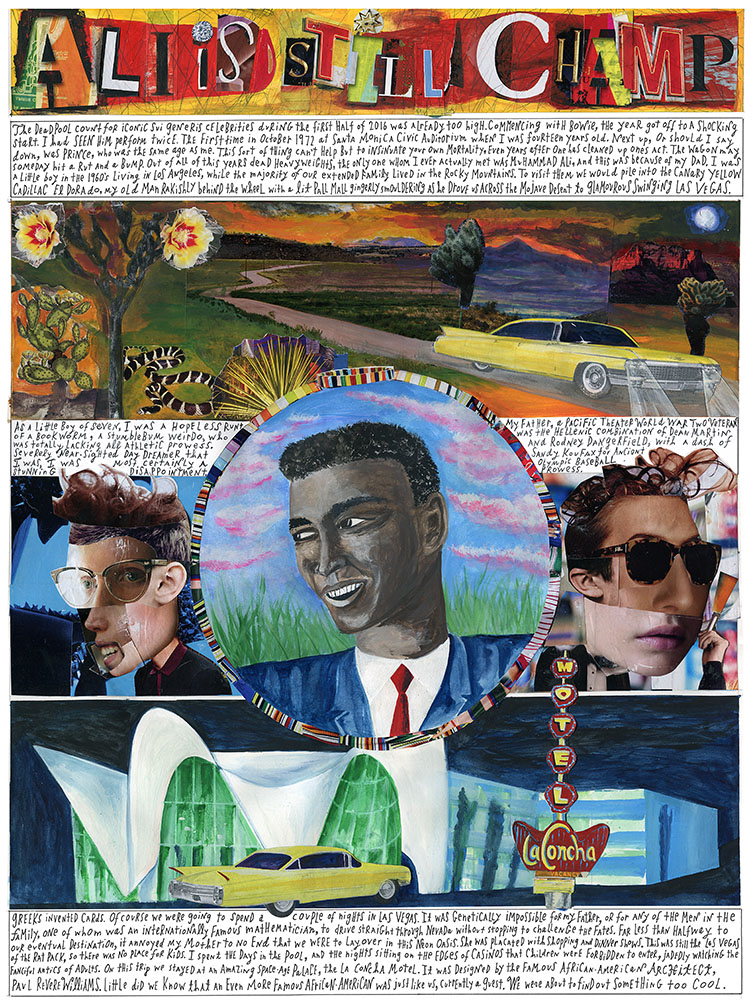 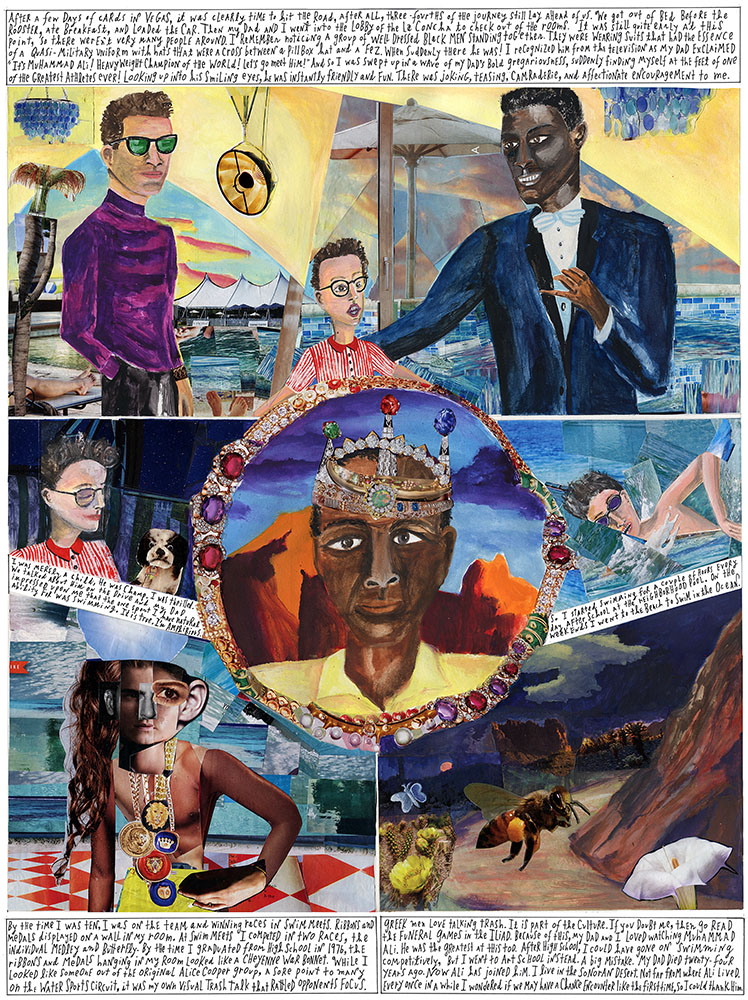