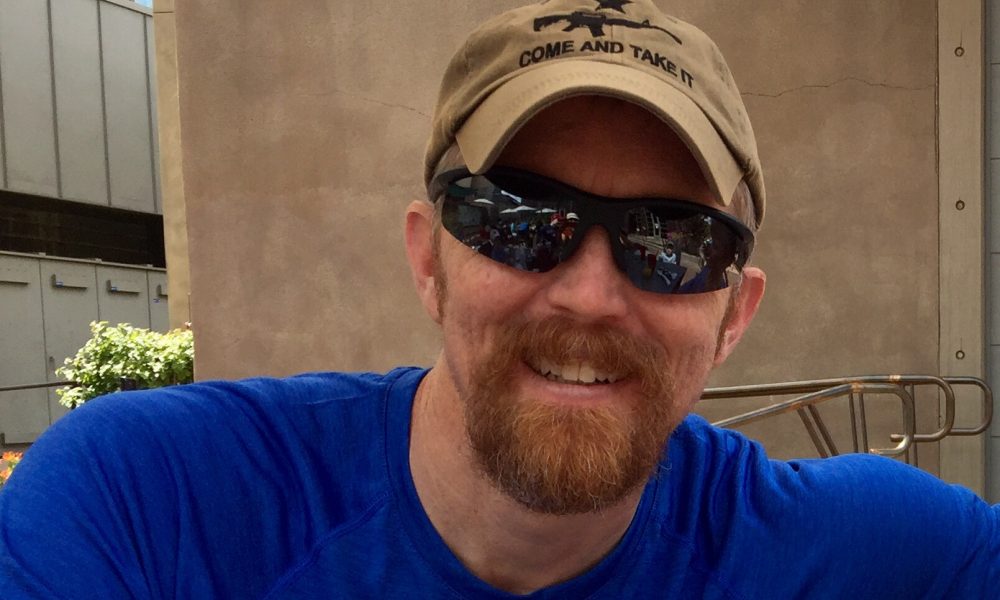 Today we’d like to introduce you to T. S. Ransdell.

T. S., can you briefly walk us through your story – how you started and how you got to where you are today.
Since early childhood, I can remember wanting to be a writer. More specifically, I wanted to be a storyteller. Inspired by a Western I watched on TV, I sat at my father’s typewriter and wrote my first story at age six or seven. It was about two men in a gunfight and less than a page long. In the story, the gunmen waited for the local church bell to strike so many times before they drew their pistols. I forget the title, but I remember the winner walked away. The loser was dead.

Despite this early start in my writing career, I did little towards developing my writing skills in school. In fact, as a child I disliked school. I found it boring and spent a great deal of class time daydreaming. Often imagining the kind of stories I found inspiring. These were stories of men who summoned the courage to face dangerous circumstances and emerged victorious or died trying. Despite my dislike for school, I did enjoy learning. I loved history and any assignments that allowed me to read good books or write short stories (and I still love these things today). The stories I wrote during my school years were never particularly well received by my teachers. My parents never encouraged my writing either. They believed success for me lay in being a good student, earning a college degree, and getting a good job.

When I graduated high school, the idea of being an author seemed ideal to me, but also unrealistic. I considered joining the military at this time in my life. However, all the advice I got from family and friends, who were veterans (this included my father), was to go to college and earn a degree. Then, I was told, if I still wanted to go into the military, even become an officer. Confused, I put off making a decision. I worked a construction job that summer after graduating, then enrolled in college at the latest moment possible to start the Fall semester.

I had no particular field of study in mind, so I signed up for business courses. Again, I was following the advice of others. As a student, I was undisciplined, unmotivated, and bored. The only classes I did well in were the occasional history and literature courses I took for fun. After a few years, I earned enough college credit to register as a sophomore. At that point, I dropped out of college and enlisted in the United States Marine Corps.

Desiring action and adventure, I volunteered for the infantry and was trained as an anti-tank gunner. After I completed my training, I was assigned to Anti-Tank (TOW) Company, 1st Tank Battalion, 1st Marine Division at Los Flores, Camp Pendleton, California. It was around that time I read a news article stating the Cold War was over. I feared I’d spend a boring four years at Camp Pendleton. Three months later Iraq had invaded Kuwait, and I was in Saudi Arabia as part of Operations Desert Shield and Desert Storm. After the Gulf War, I was assigned to the First Marine Regiment. During that time, I spent six months sailing from San Diego to Africa and back on a WestPac, and worked with Border Patrol on the Arizona/Mexico border around Nogales. After four years, I left the Marine Corps as a Corporal.

My time in the US Marine Corps was one of the most formative periods of my life. I learned much about my character, what I believed in and valued, and what I was willing to do for those beliefs and values. As well, I gained an understanding of the world I never could have acquired in a classroom. In addition to being able to read more books during my enlistment than I had in college, the experience gave me a context to understand the history and the human character expressed in those books.

After the Marines, I went back to college. This time with the purpose of studying literature and history. I earned a BA in Literature and a MA in History. My intention was that I would eventually become an author, but yet I still did not make that a priority. I saw writing stories as something I would do after I was established in some other kind of career. Thinking it would serve as some sort of “safety-net” if I was a failure as a writer. So writing was a part-time hobby for me. I started a lot of stories that were never finished. Worse yet, I thought about a lot of stories that were never started. Over an eighteen year period, I worked as a bouncer at a night club, a deckhand on a boat, a bookseller at Barnes and Noble, a tour guide at Taliesin West for the Frank Lloyd Wright Foundation, and, finally, as a history teacher in Scottsdale.

While working as a teacher, I married and within a couple of years became a father. At that point, writing a book became something I might do after I retired from teaching. A visit from an old Marine buddy of mine inspired me to start writing again. Throughout our friendship, he had always been encouraging and supportive of my dream of writing stories. At this point, he had started to enjoy success as a writer himself. After our conversation, I recommitted myself to writing and finishing a concept for a story that I had originally conceived when I was still in the Marine Corps.

Work on this was slow and tedious over the next few years. I had three young sons, my father was dying of cancer, and my mother was declining from dementia. Still, I would try in squeeze in an hour of writing here and there. Perhaps get a few hours in over a weekend. Furthermore, teaching is hard, consuming work. When I did have the time to write I often found I lacked the energy to be creative.

I eventually hit a point where I became frustrated and burned out. I told my wife after I finished the school year I wanted to sell everything we owned, buy a trailer and go live in the mountains. She suggested that before doing that, I should quit teaching and make writing my top priority. Her’s was some of the best advice I’d ever gotten. Within six months of my last day of teaching I published my first novel THE LAST MARINE.

We’re always bombarded by how great it is to pursue your passion, etc – but we’ve spoken with enough people to know that it’s not always easy. Overall, would you say things have been easy for you?
It has not felt like a smooth ride. It’s one thing to write a book, it’s another to sell it. Marketing and the business side to writing is something I’ve had to learn, and still learning. Generally speaking, I prefer to keep to myself. Social media wasn’t something I engaged in until after I published THE LAST MARINE: Book One. So promoting myself did not feel like a natural or easy step to take. Nor did I expect it to be. But I am learning and working on it.

One surprise I’ve encountered was I found THE LAST MARINE: Book Two more difficult to write than Book One. After Book One, I expected to have the process down. Instead, I have found the books to be like my children. Each one is different despite the similarities. The writing of each book had its own rhythm, its own process, its own flow. Also, I’ve realized I still have much to learn about myself as an author, and I always will. In truth, I’ve come to expect writing to always be a struggle because I want to always improve at it. Experience has taught me the best accomplishments in life are those hardest fought.

We’d love to hear more about your work and what you are currently focused on. What else should we know?
With THE LAST MARINE my goal was to write a book unlike any I’ve read. It doesn’t fit neatly into any particular genre. I describe it as war fiction, with a mix of dystopian and political thriller. The concept of THE LAST MARINE books: if America loses its culture war, to the point where those who aim to destroy America are given control of the country, what will happen to America’s defenders?

I use historical lessons from mankind’s struggle for freedom and apply it to a setting into a nondescript near-future. I work to avoid cliched and shallow characters and endings. My life experience has taught me that little happens by coincidence or luck, in the purest form of the word. I develop plots that show the development of a character’s motivations, and then the logical consequences of actions taken.

What do you know now that you wish you knew when you were just starting out?
I basically do start over with each book I write. A better understanding of marketing would help. However, I’ve learned from experience. It’s key to keep learning and applying those lessons. 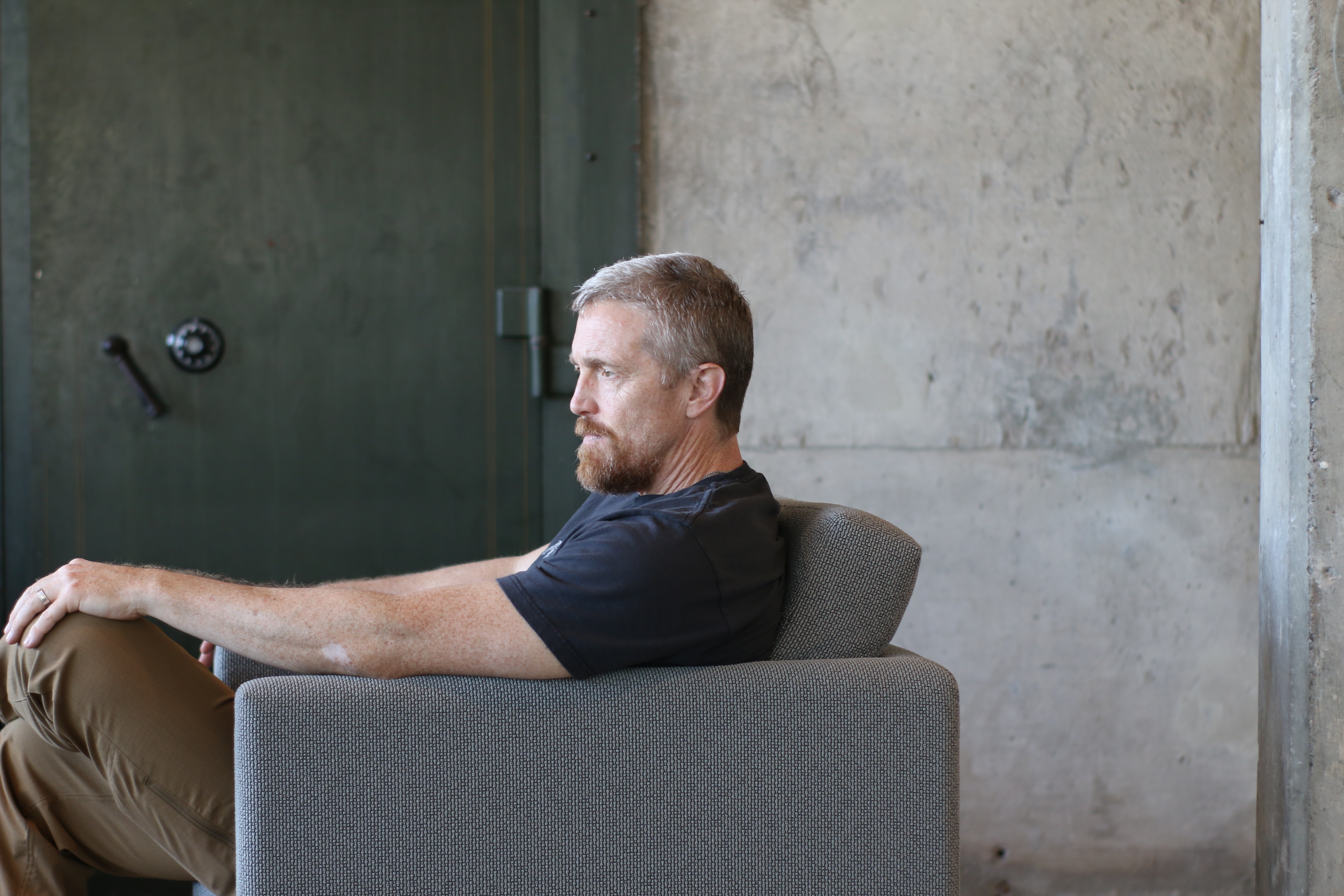 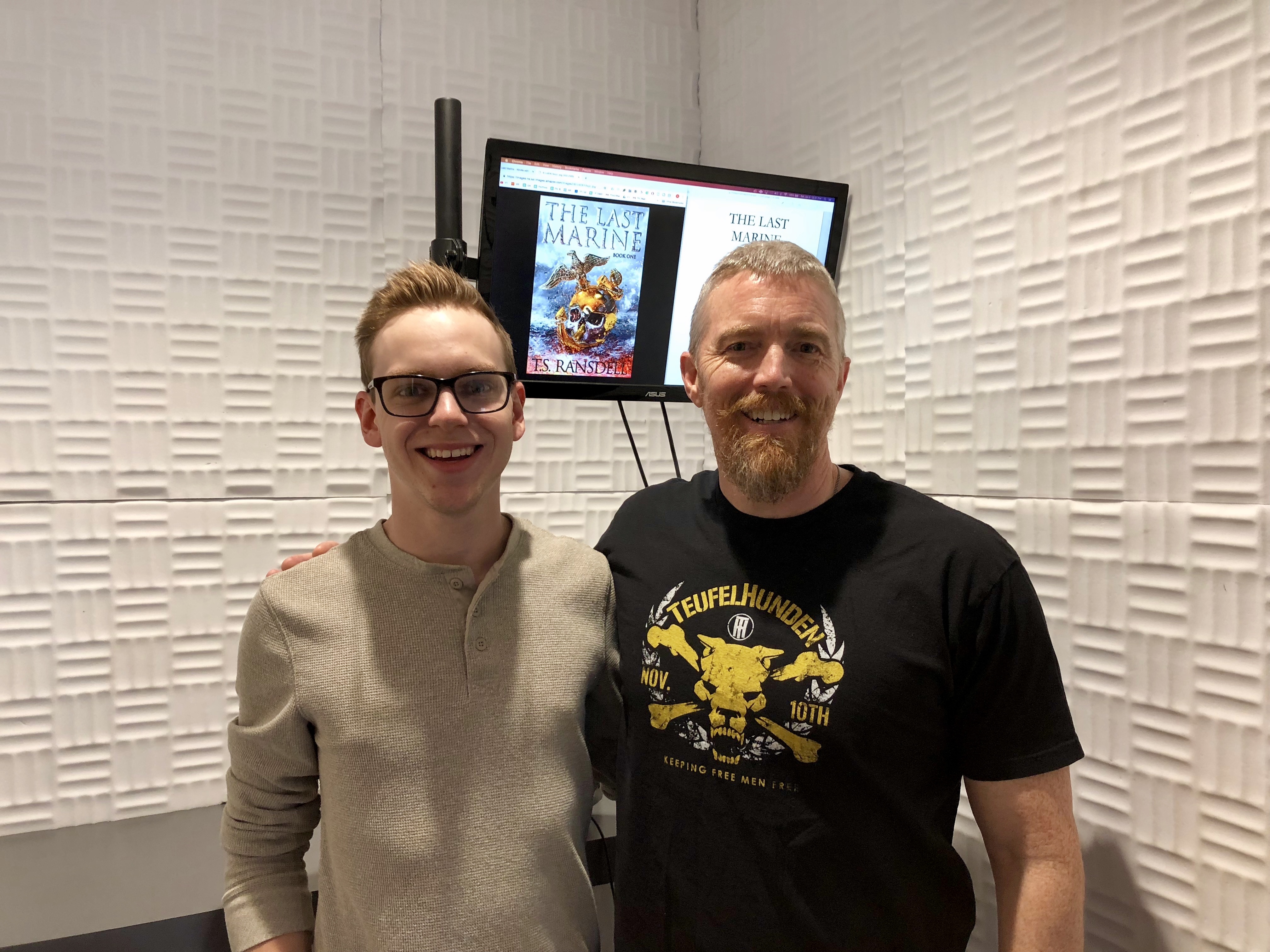 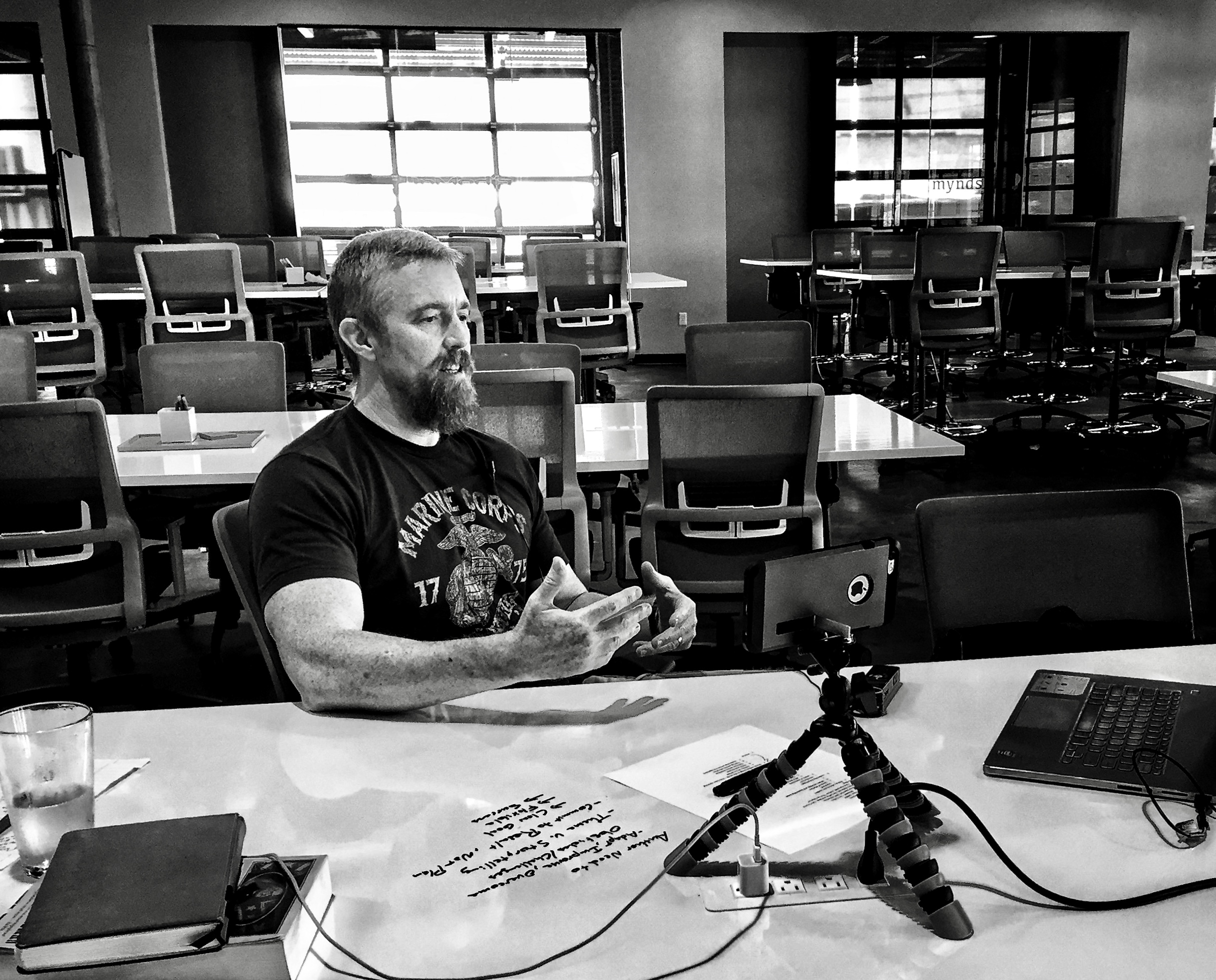 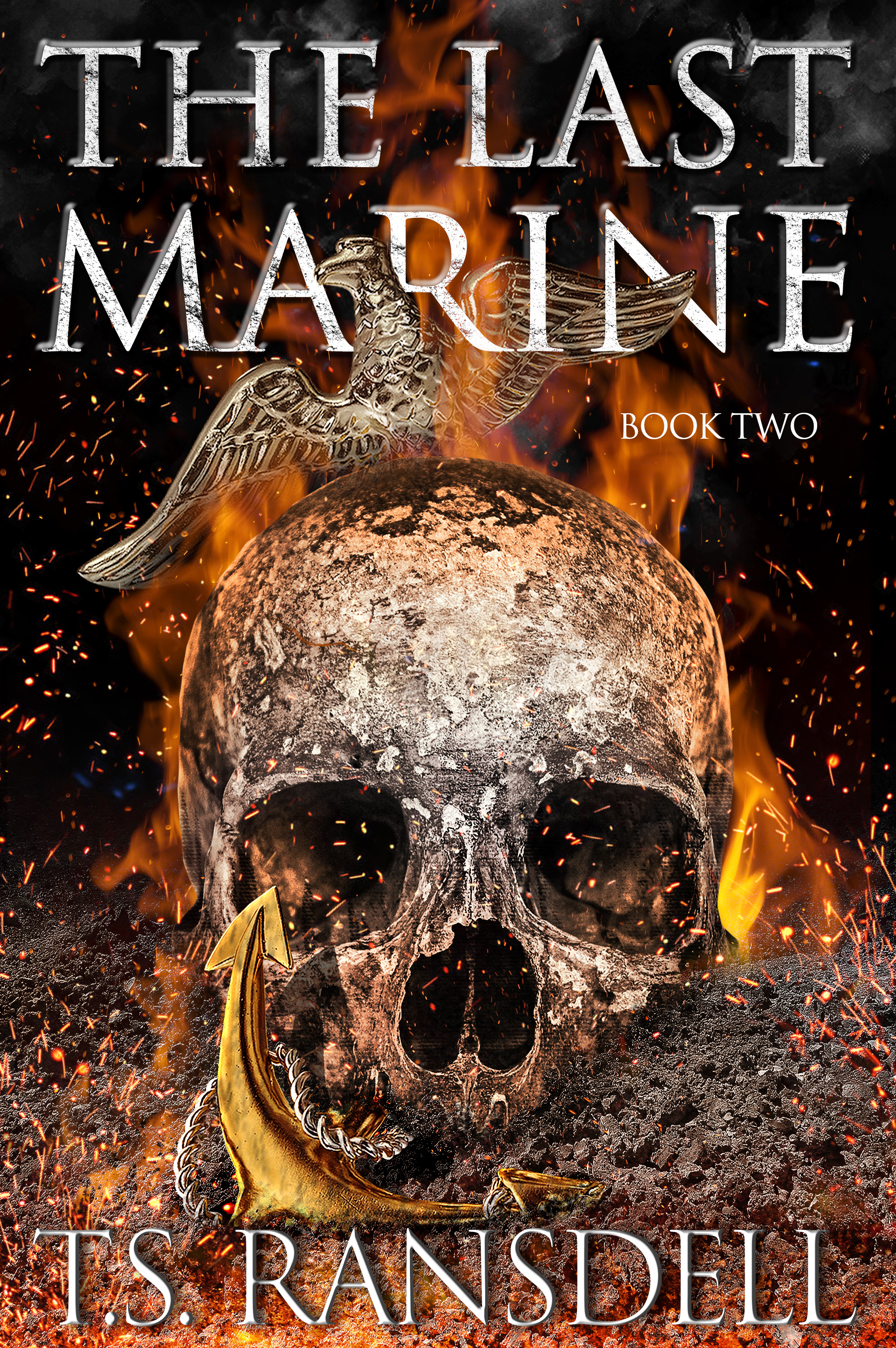 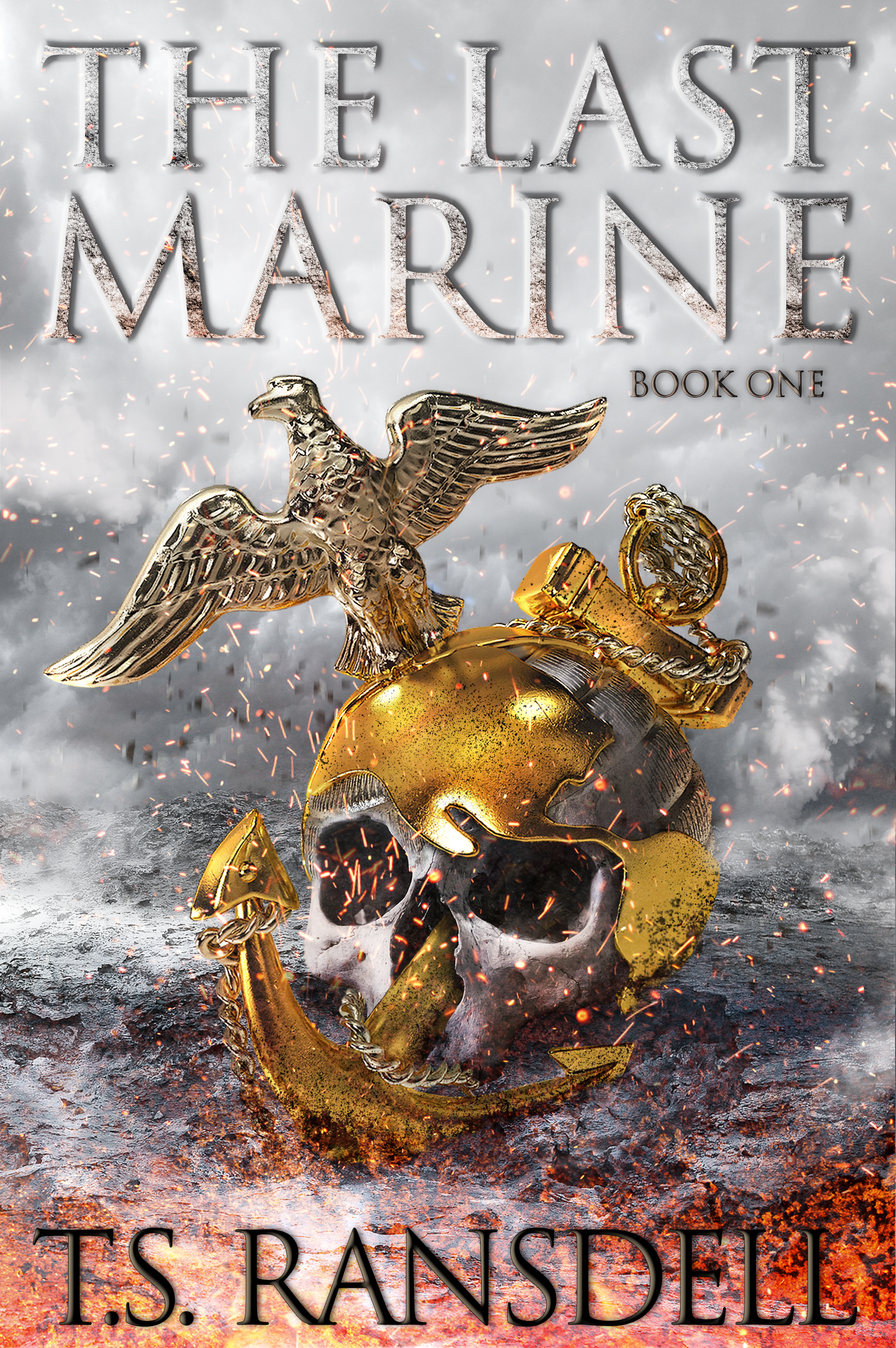