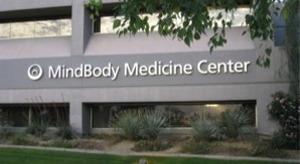 Today we’d like to introduce you to Dr. Ronald Peters.

Like all doctors in our society, Dr. Peters was trained in the “medical model,” which means that “the physician is responsible for making a diagnosis and finding the right medication to treat the disease.”

However, after three years of traditional family practice, Dr. Peters realized the limitations of this approach. For common chronic disease, such as arthritis, diabetes, heart disease, cancer, depression, digestive problems, fatigue and many more, the “model” did not work. The illnesses did not go away and patients were taking more and more drugs–most of which were only suppressing symptoms and not healing the disease. They returned to the clinic again and again, not feeling well and often complaining of drug side effects.

Like most doctors, his medical practice became “disease management” with short office visits and lots of prescriptions.

During this period, he listened to his patients long enough to realize that most of their medical problems were arising from what they did day to day – their lifestyle. They were eating foods rich in refined carbohydrates, sugar, trans-fats and low in fiber and minerals. Few were exercising regularly and everyone seemed to be living a high paced stressful life.

Medical research was also beginning to uncover the lifestyle and mind style connection to chronic illness. So, Dr. Peters decided to learn more and returned to UCLA, but this time to the School of Public Health. He received a post-doctoral grant from the National Cancer Institute to study the epidemiology of cancer and spent a year exploring what would become a lifelong passionate journey – understanding the causes of disease and providing patients with the tools to listen to the message of illness and make changes that lead to healing.

This 30 year journey into the science of health promotion in body and mind has taken many turns, including the following:

Five years of emergency room practice in a major Los Angeles ER where the medical model of drugs and surgery is at its best. Staff physician at the Pritikin Longevity Center, which offered the first clear demonstration that healthy foods and physician supervised cardiovascular fitness training, could reverse heart disease.

Director of Preventive Medicine for California Primary Physicians, where he developed and directed INNERHEALTH PROGRAMS – a physician supervised health promotion program of aerobic fitness, optimal nutrition and stress management. The Innerhealth Program is highly acclaimed and successful in helping people reverse common health problems such as high blood pressure, adult onset diabetes, and coronary artery disease, as well as preventing the development of such problems.

Private practice of family and preventive medicine in Santa Monica, California, in association with an acupuncturist. His practice emphasized behavioral, nutritional and other lifestyle services and attracted a celebrity clientele, including Bob Dylan, George Harrison and Eddie Albert.

Private practice in Ashland, Oregon, again emphasizing nutritional, behavioral and preventive medicine. He developed a health promotion seminar, called THE PHYSICIAN WITHIN, which taught people how to understand and support the enormous natural healing power of the body using nutrition, nutritional supplements and exercise. This training also introduced the governing influence of the mind on the body and covered a range of stress management techniques.

In 2002, he became Medical Director of New Hope Medical Center, an alternative cancer treatment center in Scottsdale, Arizona. New Hope provided a range of cancer therapies and helped people to reverse the conditions that permitted the cancer to grow in the first place, an important issue for all cancer patients especially for those in remission.

Since 2004 he has been in private practice in Scottsdale and continues to offer a variety of seminars on stress management, mind body medicine, health promotion, including a popular course offered at Scottsdale Community College titled How to Prevent Cancer (or the Recurrence of Cancer).

Scattered throughout these years of medical practice he has researched and studied a wide range of topics in the science of health promotion, including the following:

The application of the science of health promotion provided the first step in the new “mind body model” of health care. It allowed patients to understand and restore the wisdom of the body using proper diet and nutrient therapies, thereby providing much better clinical results. Patients were more often able to eliminate their diseases and medications and return to higher levels of health and well-being. However, the understanding the full message of disease required an additional step and that was the biology of consciousness.

Therefore, his journey to find the cause of disease also lead to 18 years of study in human consciousness as it relates to the body in health and disease. In addition to postgraduate training in mind body medicine, Dr Peters had the good fortune of working with advanced teachers of mental and spiritual health, including a two year Mastery Program, which met for two weeks out of every month. During this time of intensive training Dr. Peters learned:

The mind and body are one, i.e. mind body
The nature of the conscious and unconscious mind
The unconscious mind as the storehouse of emotional wounds from childhood
The formative power of thought and belief, both personal and collective
The importance of emotions and emotional expression
The nature of stress related disease
Tow stress can become an ally in the healing process
The importance of creativity and passion in work and relationships
The natural therapeutic experience, or, healing at work and in relationships
The message and guidance offered by disease
The essential importance of spiritual practice and self-knowledge

During these years, Dr. Peters applied these principles to himself, gradually coming to understand the wisdom of the ancient adage: “physician, heal thyself.” And now, the final piece was in place for mind body healing – the nature of consciousness in health and disease.

Now patients could restore the imbalances in their bodies, apply proper nutrition and exercise, but also they could understand that the body is the messenger of the conflicts, sustained fears, suppressed emotional traumas, disturbed patterns of thinking, and other imbalances that lie within the conscious and unconscious mind. The mind body model empowered them to new levels of health and well-being.

Chronic diseases such as high blood pressure, diabetes, ulcerative colitis, rheumatoid arthritis, chronic fatigue, depression, and fibromyalgia and many more would often resolve and heal completely. Also patients with serious diseases like cancer, multiple sclerosis and other “incurable” diseases would often go into remission or quiescence.

After years of study and clinical application of the principles of mind body healing, as well as listening to the rich and diverse stories of his patients, he summarized his medical experience in a book titled, Edgework, Exploring the Psychology of Disease, Beyond Diet and Fitness, which was published in 2003. Edgework reviews mind body research, points to the power of emotions and beliefs on the body and redefines the humans stress response into an ally by marking inner boundaries for personal growth.

Healing is found naturally within the wisdom of your body and the power of your mind.

We’re always bombarded by how great it is to pursue your passion, etc – but we’ve spoken with enough people to know that it’s not always easy. Overall, would you say things have been easy for you?
My upcoming book is titled The Healing Power of Disease, which presents dis-ease of any kind as a message to make changes in lifestyle and often mind style. Many people are accustomed to not making these changes and just want a medicine to make the problem go away. Therefore encouraging patients to heed the message of illness, learn and change has been challenging over the years.

So let’s switch gears a bit and go into the MindBody Medicine Center story. Tell us more about the business.
lling manner.

We need to understand the message of disease using a variety of psychobiological therapies, such as counseling, education, improving brain chemistry (neurotransmitters), biofeedback, emotional release, cognitive therapies and more. Finally, there are many scientifically proven and effective therapies, including acupuncture and Chinese medicine, integrative massage therapy, and more which help to balance the body and mind, thus restoring health. The need for change in American medical care has never been greater.

According to the US Department of health and Human Services, “we are in the midst of a chronic disease epidemic of unparalleled proportions.” More than 125 million Americans, 57% of the population over the age of 18 years, live with chronic diseases.

In 2007, more than half (51%) of American children and adults were taking one or more prescription drugs for a chronic condition, up from 47% in 2005.

In the USA healthcare costs us 1.4 trillion dollars annually, which is 14% of our current overall budget. This amount is expected to double in the next 8 years to 3 trillion dollars. In spite of this enormous expense, the United States ranks 12th out of 13 industrial nations recently compared using 16 health indicators, such as life expectancy and age-adjusted mortality.

Chronic disease accounts for about 75% of health care costs each year.

According to BMJ Clinical Evidence, an international peer reviewed medical journal which reviews medical treatments for clinical effectiveness, only 13% are rated as beneficial.

“Chronic disease requires a practice of medicine quite different from that used for acute disease.”
Journal of American Medical Association 2004; 292: 1057

Chronic diseases are caused by poor diet, lack of exercise, chronic stress and other lifestyle factors such as cigarette smoking. Drugs do not cure chronic diseases, they only reduce symptoms. Doctors are trained to treat the acute late stages of diseases and they pay little attention to the lifestyle and mind style issues which coalesce over time to create chronic illness in the first place.

The Center will provide a model of health care which responds to the chronic disease epidemic by shifting the focus of healthcare to health promotion and prevention. Patients receiving mind body oriented health care, which includes proper diet, nutritional supplementation, exercise, stress management and detoxification, feel empowered as they begin to understand their illness. Most often they feel better within the first few weeks of treatment and they often resolve their medical problems and reduce their need for symptomatic medications.

Has luck played a meaningful role in your life and business?
I do not believe in luck.

People create their reality in co creation with those around them, including society. This creative process is based on individual and collective beliefs. However, only 20% are conscious beliefs and the other 80% are unconscious, buried in the unconscious mind since the powerful and formative years of childhood. It is these early childhood experiences that shape our personalities and outlook on life.

We create happy and fulfilling life experiences and we all create painful ones, such as financial problems, marital difficulties, and psychical diseases. These later experiences were created by the unconscious mind and offer opportunist for healing when we express our feelings and identify dysfunctional beliefs set in childhood that no longer serve us.

This is the material presented in my book Edgework, Exploring the Psychology of Disease. 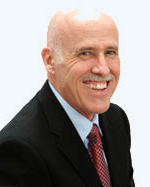