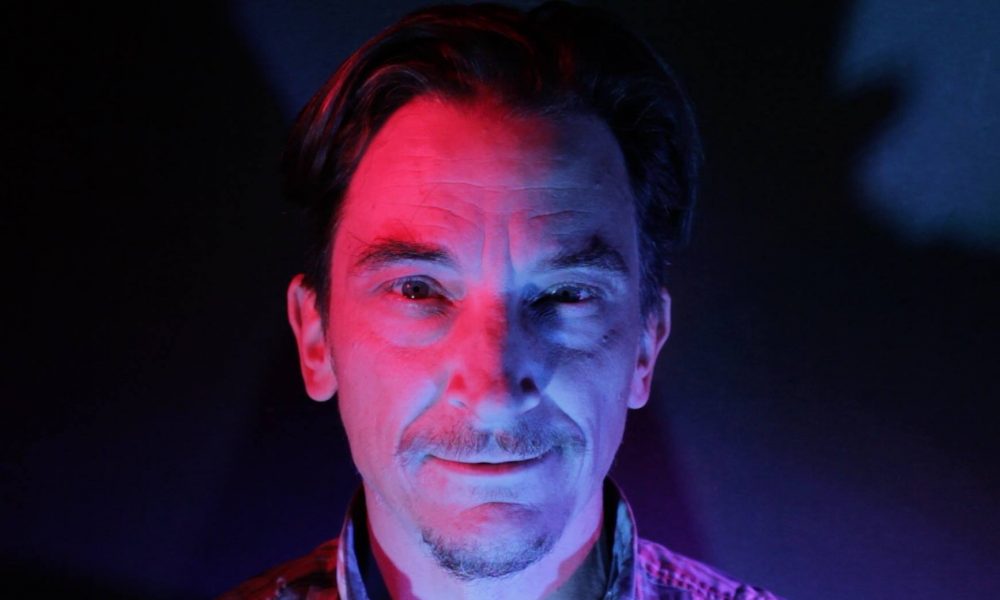 Today we’d like to introduce you to Ralph Brekan.

Thanks for sharing your story with us Ralph. So, let’s start at the beginning and we can move on from there.
I was born in LaSalle-Peru, Illinois in 1974. We moved west to Arizona, via Texas in the early 1980’s. I started painting at age 12 in Houston. After moving to Tempe, Arizona in 1987, I stayed primarily focused on theatre and art at McClintock High School (1988-1992). So, I entered the local scene in the golden era of the Gin Blossoms and the legendary Mill Avenue weekend block parties, but well before the downtown Phoenix art scene, as we know it today.

It was at McClintock, I trained in classic 2D and 3D studio art, but when introduced to photo-collage and California Assemblage movement my junior year, I shifted away from oil painting and printmaking, to mixed media and experimental motion picture. After four years at McClintock High, I had compiled a studio art portfolio that earned me 12 college credit hours and acceptance to several art schools, including Parsons, Columbia College and Tisch School of the Arts at NYU.

Unsecured student loans and tuition assistance were less available in 1992. Unable to finance the cost of the private art schools that accepted me, I chose to accepted an art scholarship to the local community college. There, I created visual and art for raves and after finishing his film program at SCC, began work on movies professionally. My first big project as a grip was Dr. Dre and Ice Cube’s “Natural Born Killas,” music video. This led me to employment as a motion picture set laborer, which provided a stable income and the environment to thrive as an artist.

After hearing from colleagues about the “low-cost artisan utopia” American expats had created in Prague, I decided to briefly live in the Czech Republic in 1995. What I met in Prague were con artists and lonely English teachers looking for drinking partners. While living in Prague, I mingled with other expatriates, photographed the landscapes and contributed short stories to the English speaking literary magazine “Optimism”.

When I returned to downtown Phoenix the spring of 1996. I began creating art based on the photographs I took in Prague. I expanded on the photocopy collage technique I discovered in high school and improved upon it by adding recycled theatrical lighting filters I salvaged at the end of film and theater productions. Aside from my experimental films and photomontages, these mixed media fine artworks represent the bulk of my portfolio.

My first significant exhibition in this media and technique, was at the Memorial Union Gallery at Arizona State University in May 1996, followed by the Swirling Daze: Multimedia Arts Extravaganza, in the Fall of ’96, an arts festival I produced and curated, that commenced four years in a row at the Alwun House, in downtown Phoenix. In addition to myself, the shows featured several prominent Phoenix area artists and helped establish their careers.

In 2001, my photomontage series ‘My Love Affair With Barbie’ captured global attention, both in galleries and on the Internet, becoming one of the web’s first viral memes and selling several editions to collectors internationally. I further explored digital photomontage with the witty ‘Patriot Action Figures’ collage, which unveiled at Aldo Castillo Gallery, Art at War exhibition in Chicago on September 19th, 2004. I’ve continued to created photomontages sporadically, both in the form of internet memes and as fine art prints to include in digital art exhibitions, like Snap to Grid, at Los Angeles Center for Digital Art.

In 2002, I returned to London exhibiting at The Global Cafe in London’s trendy Soho art district (adjacent to Saatchi & Saatchi in Golden Square). In 2003, I’s portrait of Andy Warhol was acquired by Musee Artcolle, the international center for the documentation of the art of collage and assemblage, in Plemet, France.

Since 2007, I have been occupied primarily in motion picture and multimedia production and continue to exhibit art globally. In 2010, I coproduced Lighthouse Lane, an experimental film which won five 2012 LA Movie Awards, including best experimental film. In addition to providing me both physical and topical material for my artwork, my proximity to the film production community offered me the opportunity to make cameos on popular network television programs like NCIS, Westworld, and The Last Tycoon.

In 2017 I celebrated a 25-year retrospective exhibition at Exchange Room Gallery at UCLA, in February 2017. Followed by an expanded exhibition of my work, at Tempe History Museum, May of 2017.

In July of 2018, I became one of the resident video artists at FOUND: re Hotel and Conference center downtown Phoenix.

Currently, I’m promoting DECENTERED, a conspiracy thriller short film based on a television series created by fellow SCC alum, Brian Paul. I co-wrote, produced and direct the proof of concept short and currently represent the property in pitches with production companies in Hollywood.

With the professional assistance of local curator, Nicole Royse, I am thrilled to announce the unveiling of my latest series, Absolutely Wright, in Scottsdale 2019. Created on the backs of drafting drawers discarded from Frank Lloyd Wright’s studio, Taliesin West, this series is a bona fide tribute to Wright and perfect example of my mastered craftsmanship. These collages capture the essence of Wright’s works, crafted from engineering prints and discarded theatrical lighting filters, painstakingly composed onto to the backside of the very drawers that held Wright’s original architectural drafts.

Has it been a smooth road?
Having acceptance to several art schools, including Parsons, Columbia College and Tisch School of the Arts at NY and then not having a means to find tuition was very daunting. Unable to finance the cost of the private art schools that accepted me, I chose to accepted an art scholarship to the local community college and work as a laborer on other peoples projects to learn the ropes.

Sure, having a lesser degree started me off at a slight disadvantage in that my current position as an art director and production designer may have been actualized faster, given the proper state of mind and priorities.

However, my priorities were far more social and decadent, than academic at that time I was entering adulthood. Knowing the cashflow realities of being a working creative today, I’m very grateful fate dealt me a rough start, as I didn’t start my career saddled with enormous student loan debt and I was forced, by necessity, to either abandon my dreams, or pursue my goals from the lowest positions in the industry.

And perhaps a degree and quick advancement into the production office might have payed dividends upfront. In such a case, it would have alienated me from the crew, which labors with extreme dedication to achieve the filmmaker’s vision. Knowing myself, and where I was coming from in childhood, I wouldn’t appreciate the collaborative efforts of the crew the same as I do today. With only a diploma to fall back on, I might merely look at the crew as ‘hired hands’, and not as collaborators in the artistic process. I’ve always acknowledged I’m a collaborator in the process and gave my all. That hands-on learning experience and appreciation for everyone involved is priceless.

We’d love to hear more about your work.
First and foremost I am a fine artist first. I put the art first. Sure you have to eat, but you’ll be exploited if lack integrity as an artist. Save the most prominent names in cinema, very few film and television directors today make their primary conviction the art itself. By making revenues the primary focus, these filmmakers rob both the audience and their investors of their best work. My work shirks conventions, both in creation and delivery, meeting audience expectations for quality entertainment and achieving dividends.

Taking a maverick creative worldview allows me to offer a wide range of creative consultancy, from hands-on product development to on-set direction to overseeing the delivered composition. This passion for filmmaking and product development led me to helm development and production in advertising, education, technology, fashion, television and motion pictures. Past companies and corporate brands that have utilized my talents include CBS Television, Warner Bros., Universal Pictures, Lionsgate Television, Disney and GoDaddy, to name a few.

Is our city a good place to do what you do?
For artists and independent filmmakers, I would highly recommend the greater Phoenix area. The markets are far enough apart you don’t have saturation like in some cities. As well there is a genuine interest by municipalities to see artists thrive and succeed as small businesses. 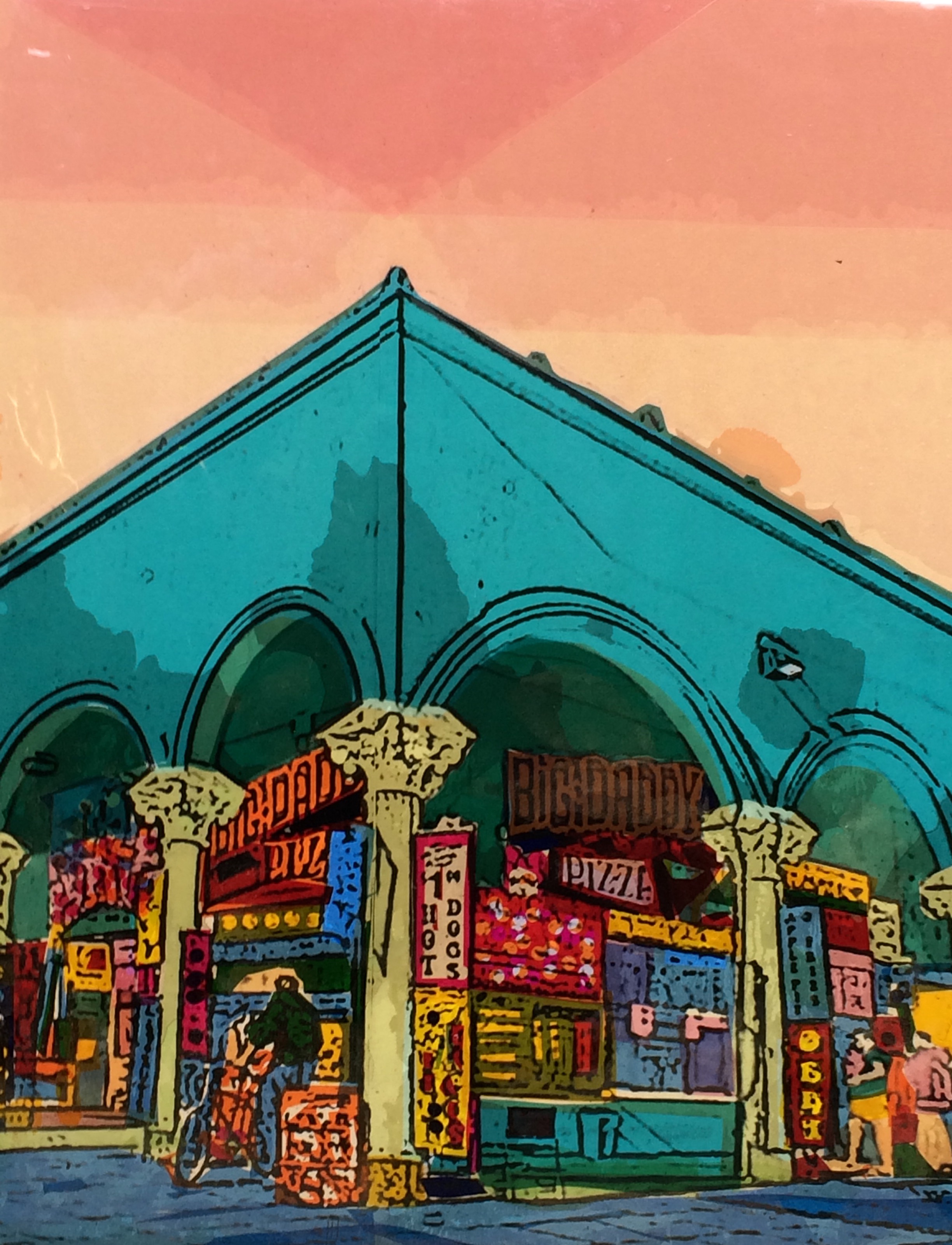 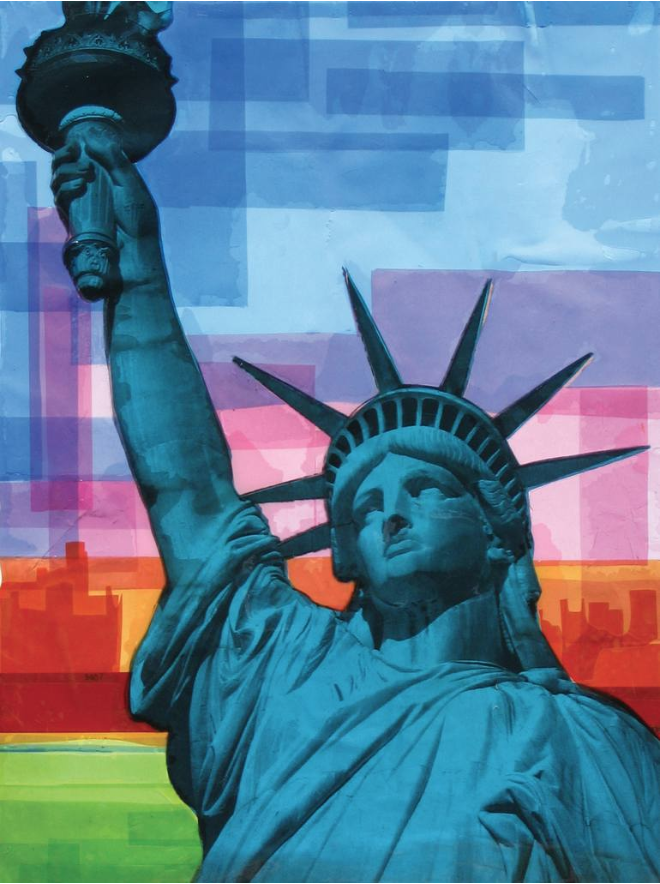 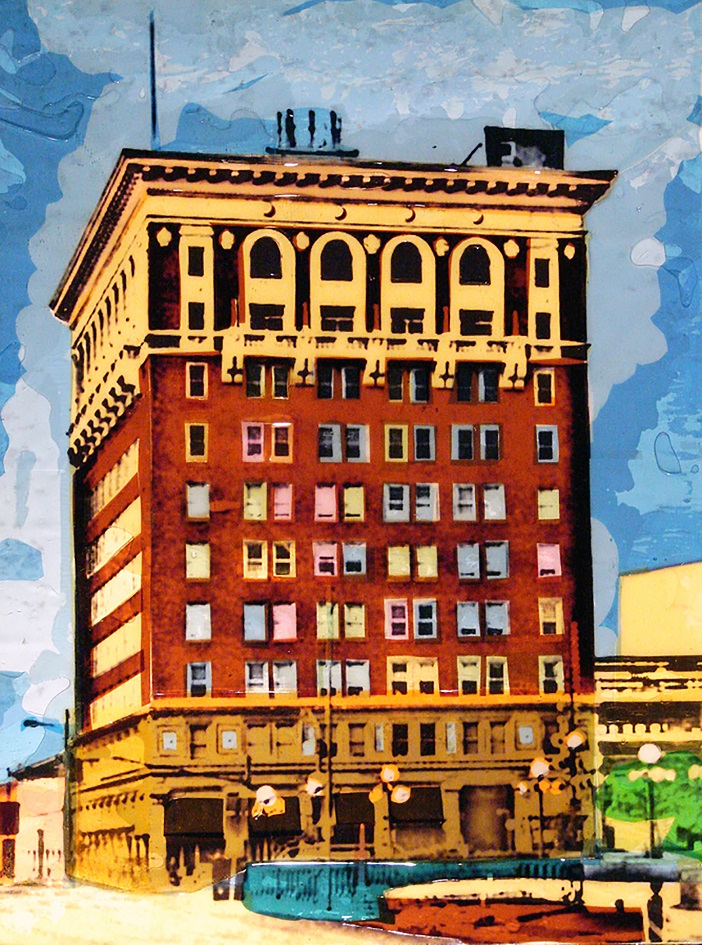 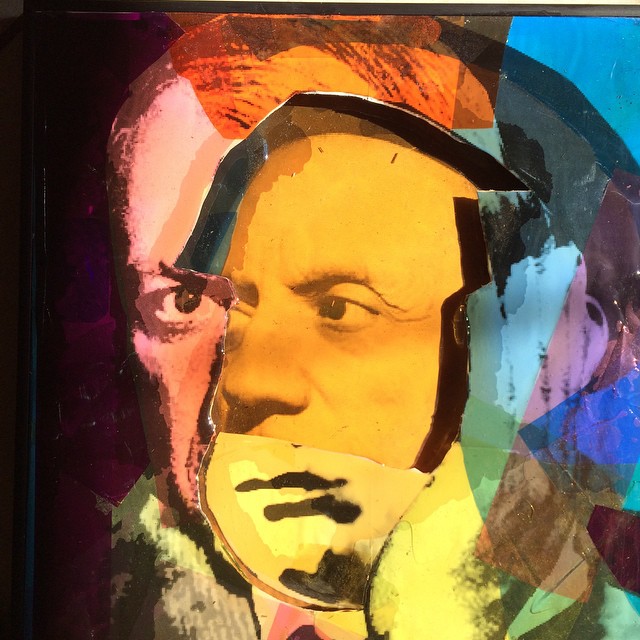 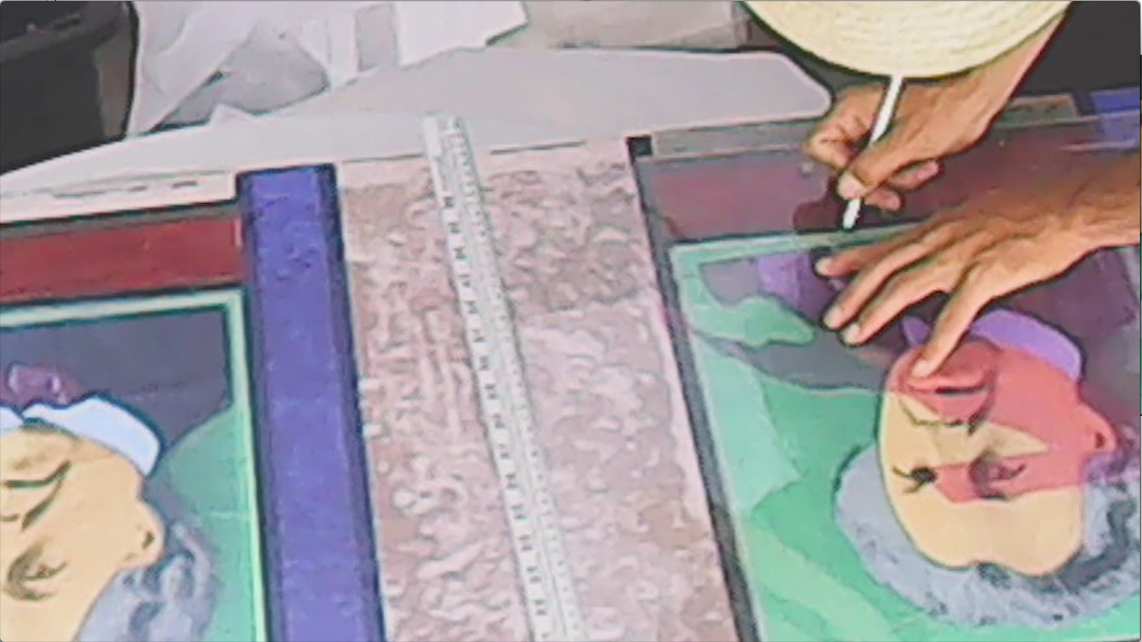 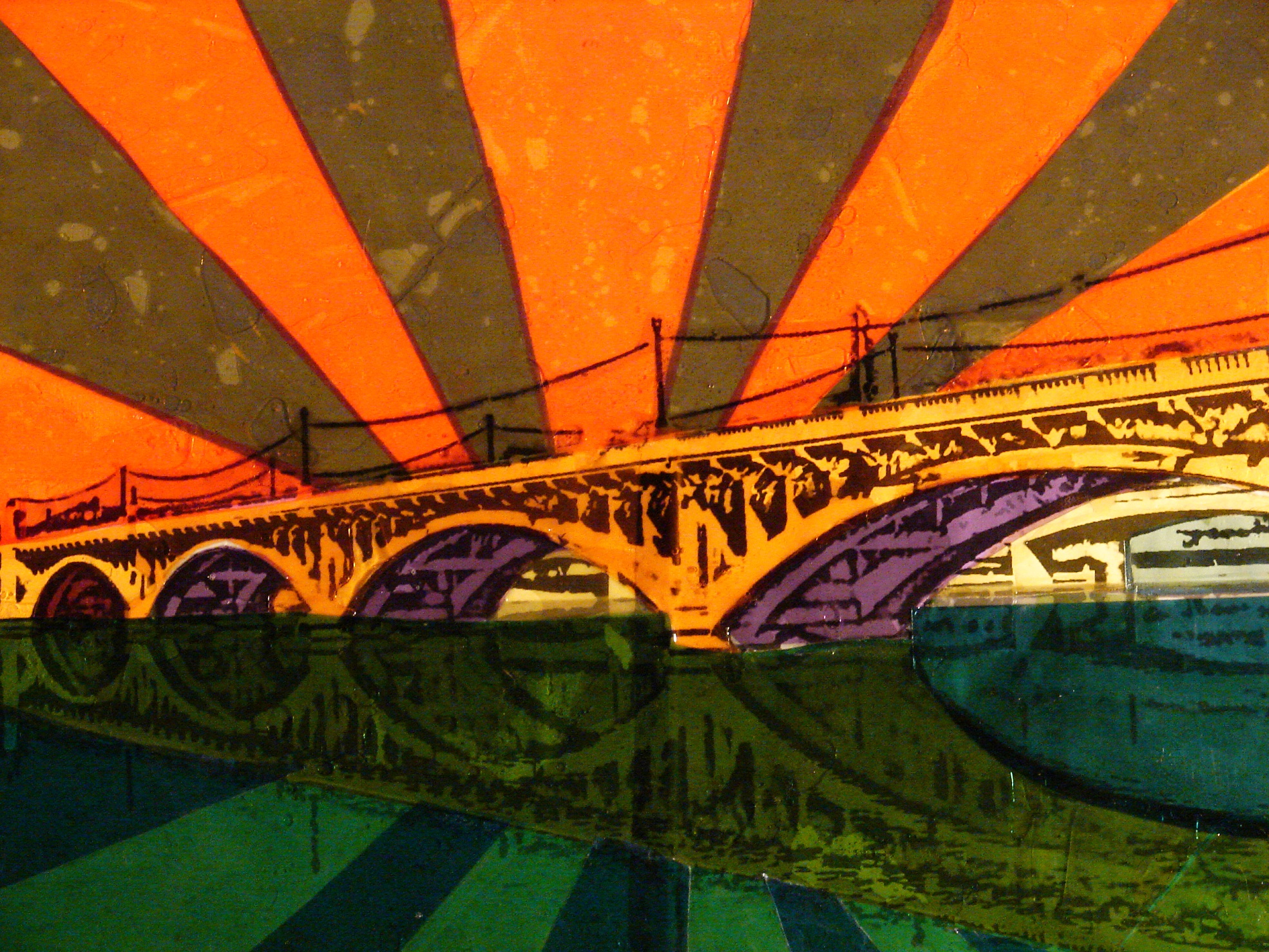 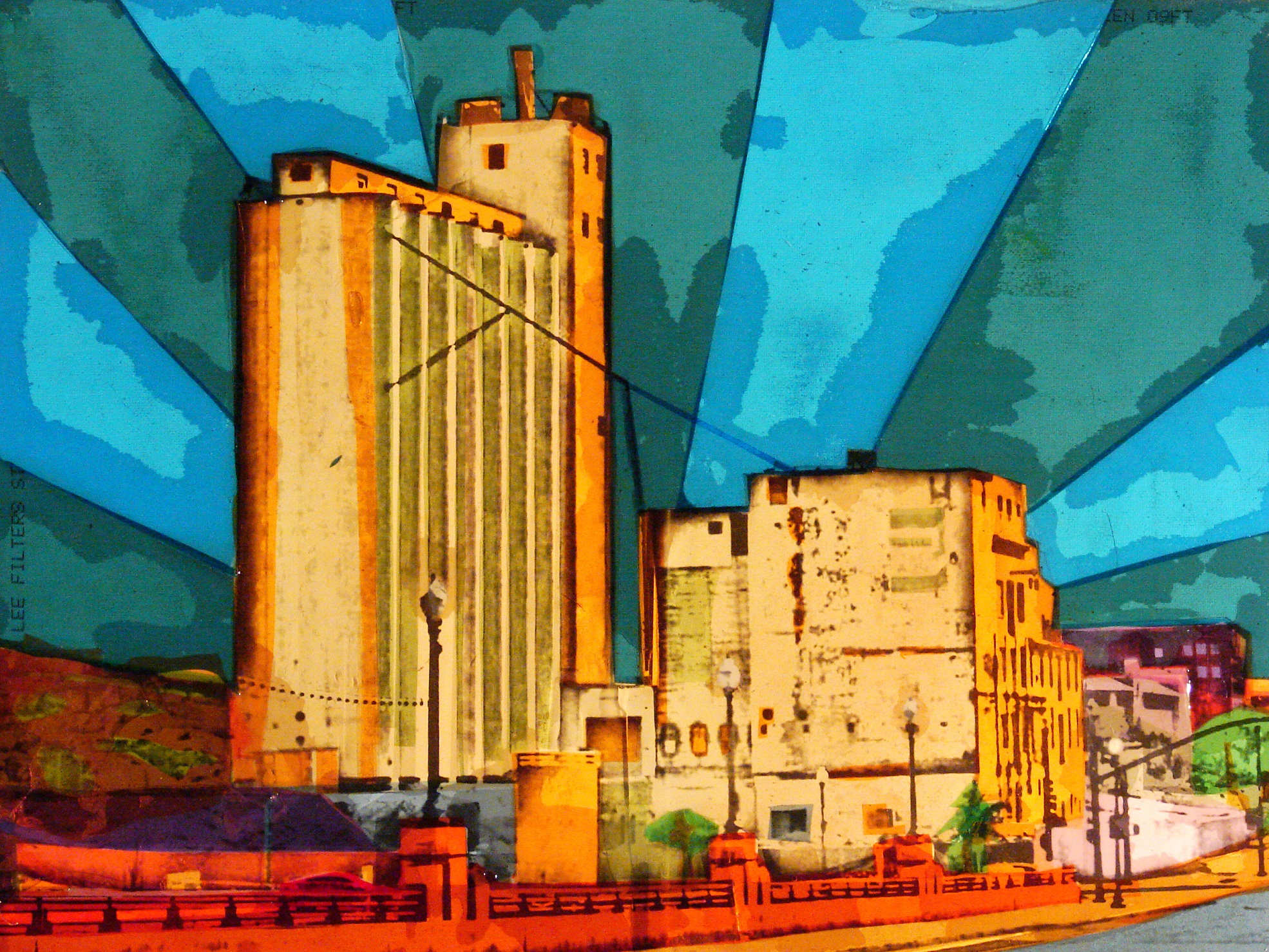 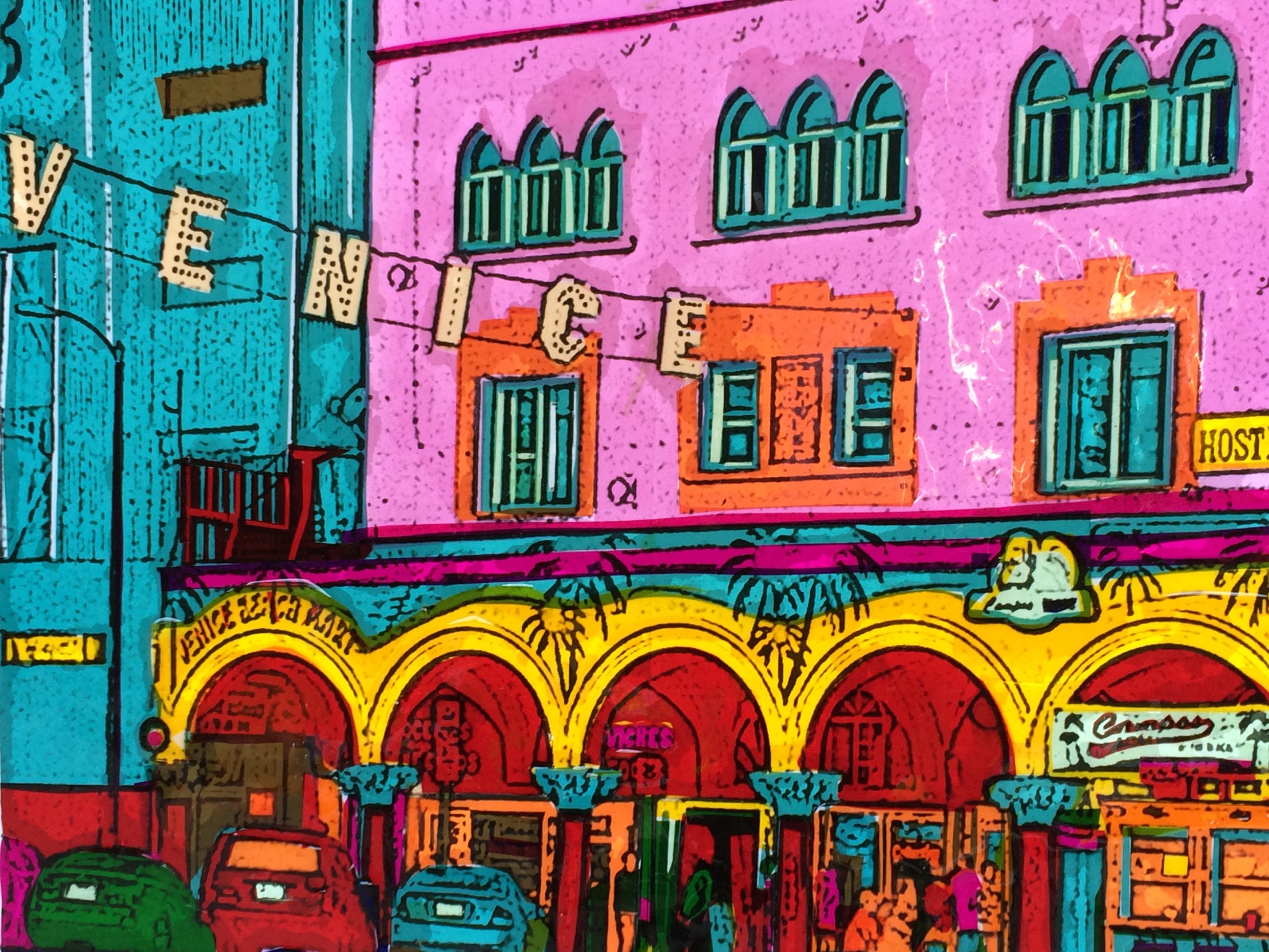