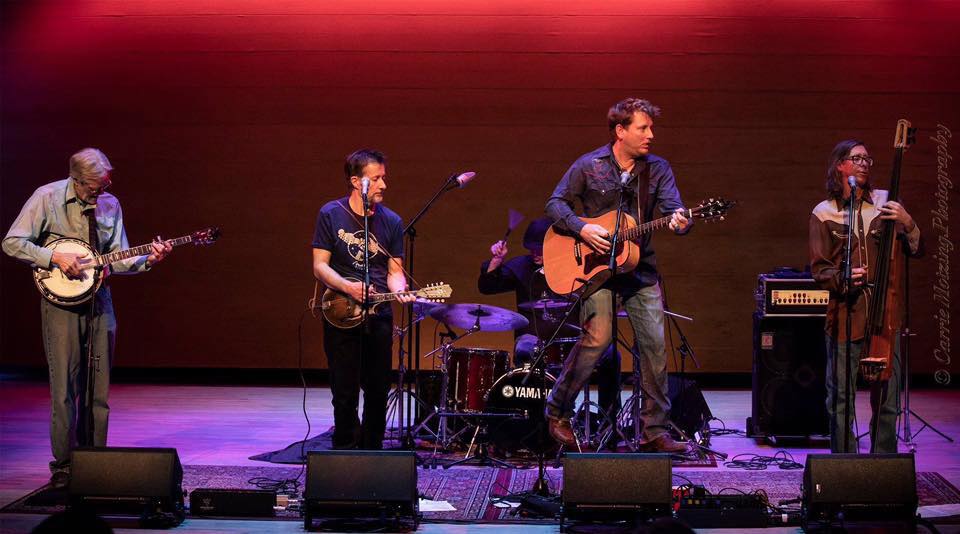 Today we’d like to introduce you to Nolan McKelvey.

Nolan, please share your story with us. How did you get to where you are today?
I grew up in Michigan and started playing viola in the 5th-grade strings program at school. I quickly moved to string bass and played in the orchestra all the way through school and into college. I started playing in bands in high school and performing publicly when I was 16. I picked up the guitar in college and played bass and guitar in bands around East Lansing, Michigan in the early 1990’s. I moved to Flagstaff, Arizona in 1993 and started writing songs shortly thereafter. I started playing in Flagstaff the day I turned 21.

Post-college I played music most nights of the week in Flagstaff for several years. After graduation, I moved to San Diego and joined a touring band (Joel Rafael Band). I moved to San Francisco/Oakland and played in a band called Blew Willie. We were a staple in the scene there during that period. I moved to Hawaii and tried to write a record for a brief stint. After each of these moves, I went back to Flagstaff where I had established a good following. Somewhere during that time period, I started a band called Onus B. Johnson.

Onus became a popular band in Flagstaff and around the southwest at around the turn of the century. We toured regularly in Colorado and around the west. We were finalists at the Telluride Bluegrass Festival band competition in 2001 and achieved some regional success. I moved to Boston during the heyday of Onus and would fly back to Arizona regularly for gigs and tours. Eventually, Onus also performed around the northeast.

I became immersed in the music and songwriting scene in Boston. The vibrant scene there provided experiences that really influenced my writing and musicianship. I played bass in up to eight bands at one time, often seven nights a week in Boston for over five years. I also fronted my own band on guitar. I recorded extensively during this time and worked with Levon Helm (The Band), Dana Colley and Billy Conway (Morphine), Paul Q. Koldrie (Radiohead, PJ Harvey, Pixies, etc.) during this period.

I performed at the Newport Folk Festival and many other festivals and theaters. I performed on NPR’s World Cafe and Nashville Bluegrass Breakdown radio shows, and a couple of the bands I was in won Boston Music Awards. My band the Benders was signed to a small label and toured regularly around the northeast, southeast and some in the west. We were featured in publications like No Depression, Northeast Performer, and the Boston Globe and Boston Phoenix before I moved back to Flagstaff, Arizona around 2004 for love.

I’ve been performing and releasing records under my own name, and with my Americana band, Muskellunge ever since. I was named “best musician,” “one of the best songwriters in the southwest,” and “Flagstaff’s Poet Laureate.” by FlagLive. After moving back to Arizona, I went back to school and got a couple of masters degrees, and a day job. I moved down to Phoenix in 2010 and continue performing around Arizona with regular gigs in Flagstaff and the Phoenix area, and occasional gigs in Tucson and around the state.

Overall, has it been relatively smooth? If not, what were some of the struggles along the way?
I do not think my struggles as a musician would be exceptional as there are many people who have struggled more than me.

There were times I busked in the subway for food. There were times I crawled on the floor of my car looking for a few coins to get me the gas to get to the next town, but I think that’s probably just standard for people who choose this path. I am fortunate to be surrounded by supportive people these days and to be able to play the gigs I want to play these days because I have a day job.

The biggest struggle for me was/is maintaining belief in myself. I was always confident enough to get up in front of people but was initially surprised by the negative feedback I would receive. I recall people blatantly making fun of me while I was performing early on; I remember negative reviews. You have to have really thick skin to do this. There was a period where my confidence was affected by the negativity.

I have never been a cover-song guy, but I would sometimes play some of my friends’ songs. I became aware that I would sing my friends’ songs with more confidence than I would sing my own. Maintaining confidence and believing in ourselves is not always easy. It took some time to accept I could never please everyone, so I try to do what feels good to me and if the audience likes it it is a bonus. These days I sing my songs with conviction.
Despite some struggles, I have never considered not playing music. It’s just a part of me. Thankfully, there have been many more positive reviews and tremendous support from people along the way too. If you are considering telling a musician you like something positive – it never hurts, ever. Or better yet, buy their record!

We’d love to hear more about what you do.
My craft is songwriting and singing.

I have specialized in singer-songwriter/folk/Americana style; however, I am always pushing the boundaries of expectation and trying new things. I’ve been working on some songs that could only be described as funk and soul in my latest project. As a singer-songwriter, Dan Bern says, “If you must put me in a box make sure it’s a big box, with lots of windows, and doors….”

I am also known for my work as an upright bass player and harmony singer. As mentioned I played in several bands in Boston in the capacity. Since arriving in Phoenix, I’ve been playing lots of electric bass as well. My bass playing and singing can be heard on close to 100 records.

I have been a songwriter in bands including Onus B. Johnson, The Benders, Nolan and 33, Nolan and the Civilian Contemplation Corps, Nolan and the Confounders and Nolan McKelvey Band. In each of these projects, the focus is on the writing, and the music supports the song. The same premise applies to my bass playing and harmony singing. I’d like to think that is the consistent brand no matter what the style.

I am most proud of the songs. I’ve released 19 records as a songwriter since 1999 with the aforementioned bands. Evidently, I have a lot to say. There are some songs I wish I never released, but there are many more I’m proud of. I hope it is my songwriting and musicality that sets me apart.

What are your plans for the future?
My plan for the future is to continue performing at theaters and festivals with my band Muskellunge and to pursue other styles of music. I also plan to play solo gigs and bass around town, but I’m also interested in starting a band to play more soulful original music. That would be a big change.

I’ve been taking steps toward this direction for the past year as I have been working on a project called “Songs of Hope” with Ron James (Drummer/Producer). The project is an effort to raise money and awareness, and to send hopeful tunes to kids and families dealing with pediatric cancer.

This is a project that is close to my heart as one of my dearest friend’s child has an inoperable brain tumor. I felt so helpless after he was diagnosed and needed to do something. We’ve released three singles so far, and there are several more in the works.

I am currently working on two additional recording projects I hope to release at least one by the fall and the other likely next spring. In addition, my old band, Onus B. Johnson is reuniting in Flagstaff on June 2, 2019, at the Hullabaloo Festival.  My band Muskellunge will be performing at the Coconino Center for the Arts in Flagstaff on April 6, 2019 at 7pm, and at the Scottsdale Center for Performing Arts for the Sunday A’Fair on April 7, 2019 at 3pm. 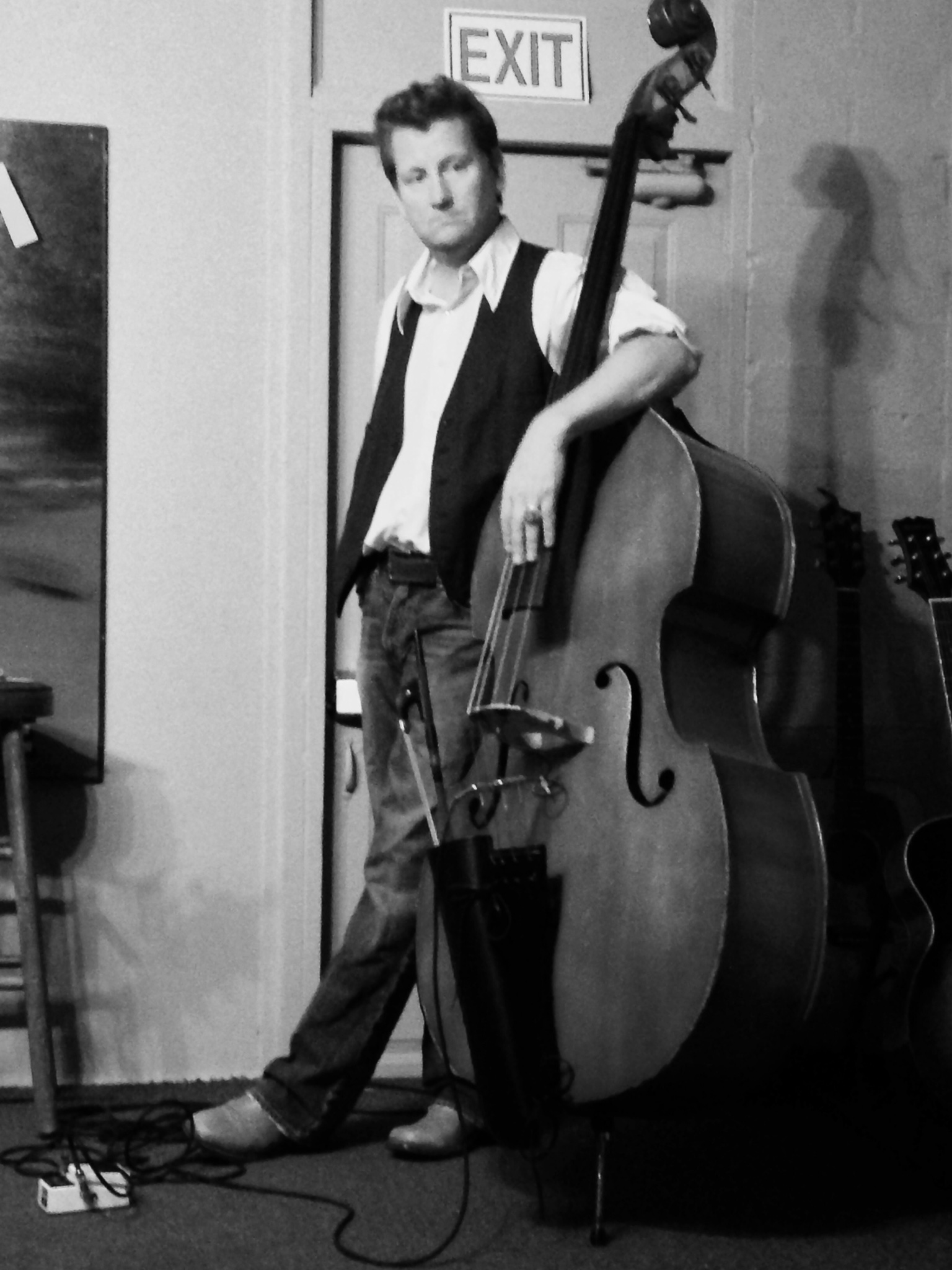 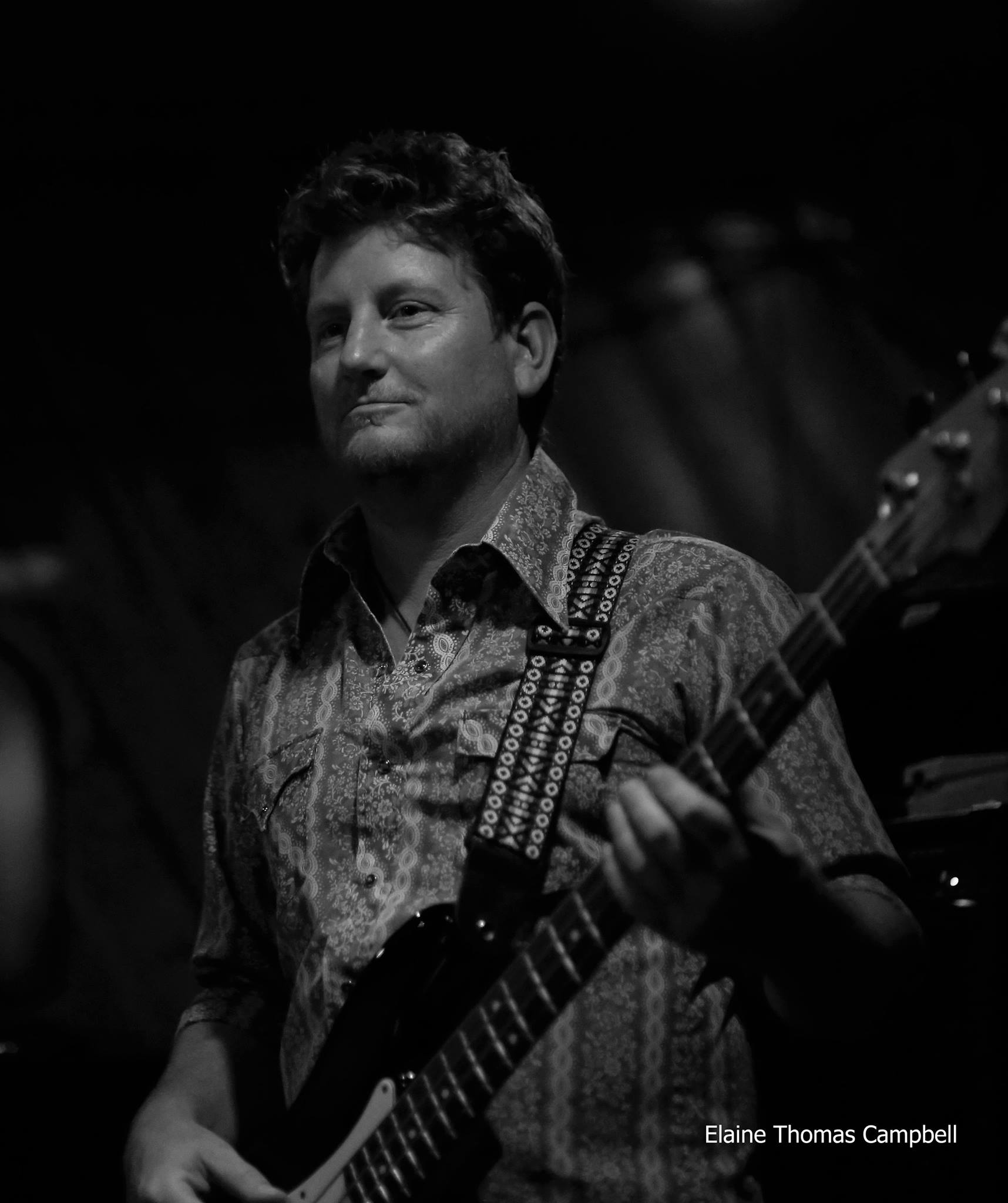 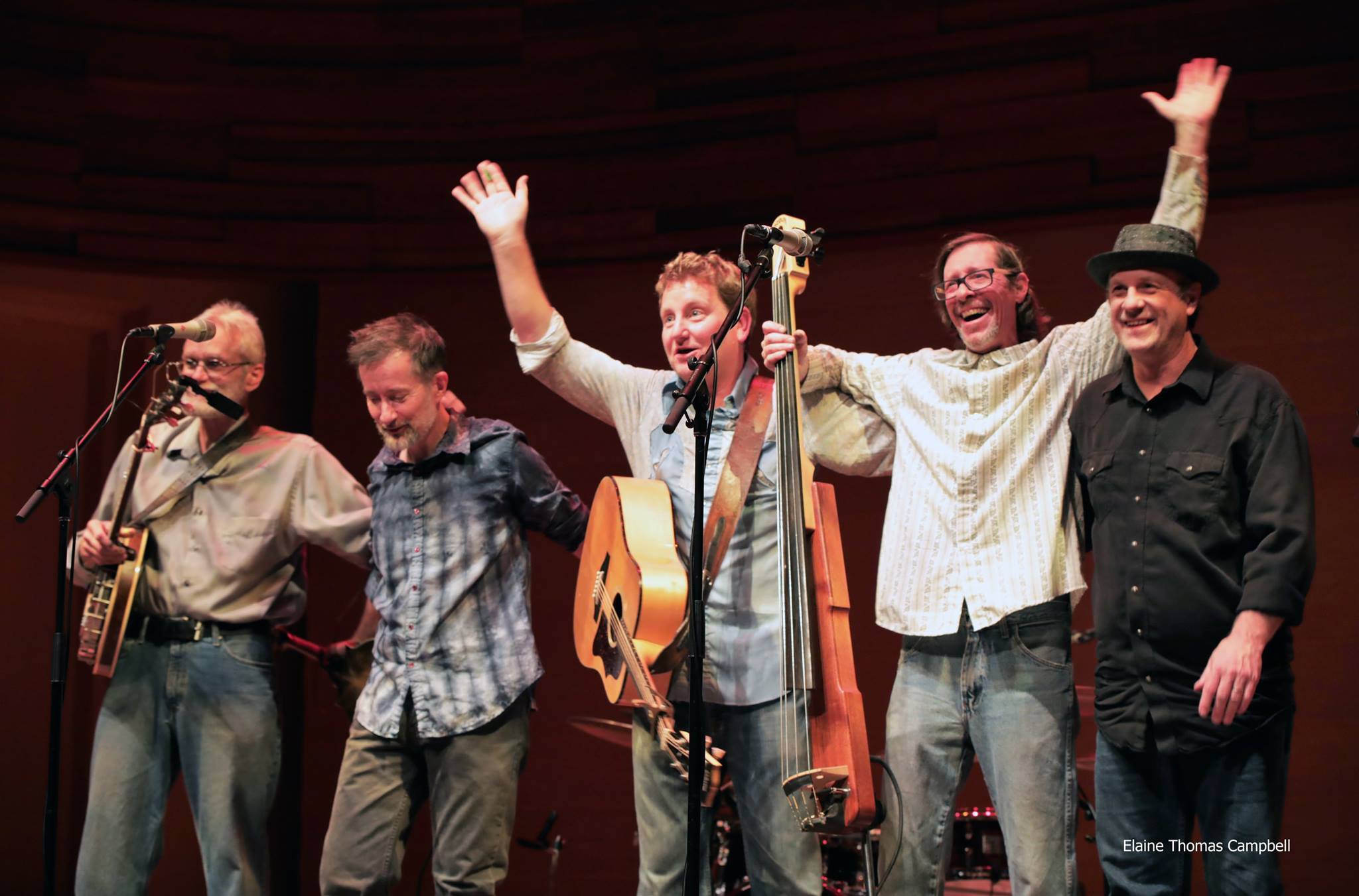 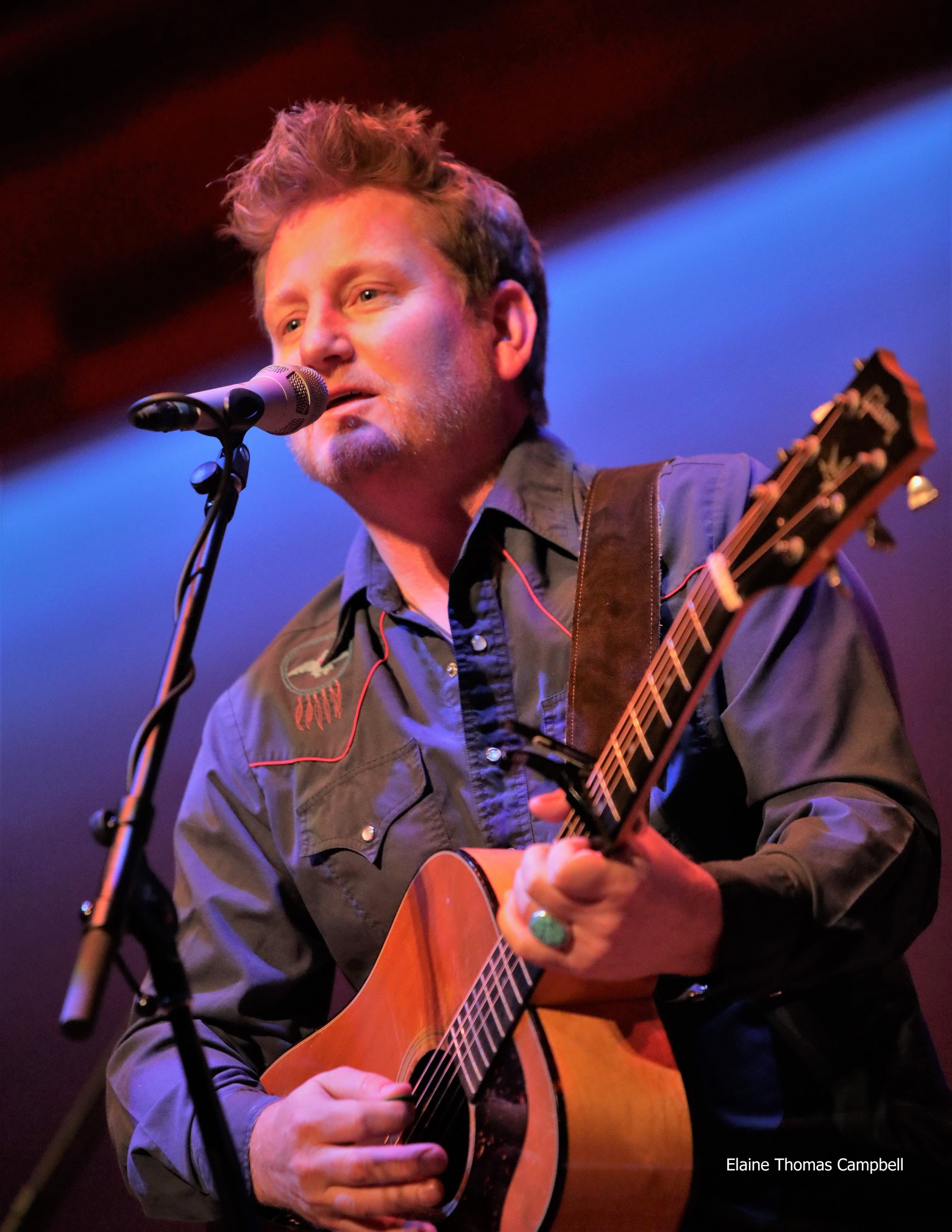