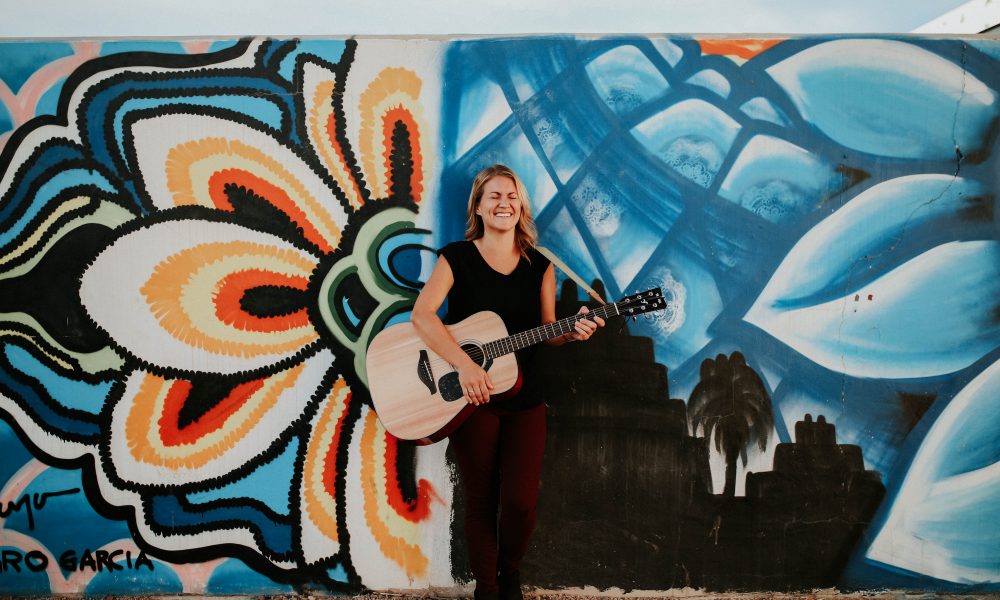 Today we’d like to introduce you to Nikki Shue.

Every artist has a unique story. Can you briefly walk us through yours?
I entered the local music scene two years ago, playing various local restaurants, bars, and country clubs. I also had my first out-of-state gig last summer in California at The Roxy Encinitas. What makes my story interesting is that I only picked up a guitar four years ago. I couldn’t possibly predict what would happen after that. I finally had an instrument that would accompany my voice. Singing has been a big part of my life since my pre-teen years. I was involved in school choirs, musicals, and Phoenix Girls Chorus. After high school, I went on to sing in a small professional girls’ singing group as well as ASU Pitchforks, an acapella girls group. I had dreams of performing on Broadway and becoming a professional singer for most of my life, but I, unfortunately, stopped performing 18 years ago and resigned myself to singing in the car or shower.

After having kids, I started meditating to find peace and noticed that I began to remember my true nature and what brought me joy. One day, I had a spontaneous download from source to buy a guitar and sign up for lessons. They were offering adult guitar lessons at my children’s music program. I enjoyed it so much. I was inspired to take it further and signed up for private lessons for a few months. I felt called to practice any chance I had. I was obsessed. To finally be able to accompany myself was a dream come true but I never had any intention of performing.

A couple of years after I took up the guitar, I was in the middle of a divorce, and I had a lot of time for contemplation. I decided I would try performing for people at an open mic. I had never had nerves like this before, but now I was performing in front of people. Playing the guitar and singing together was very awkward at first. I was determined to get past this fear so I would go to as many open mics as I had time for. I noticed people appreciating my voice and encouraging me to keep at it. I was making new friends and networking while playing out at open mic nights and it was ultimately that experience that led me to perform professionally.

I believe in the Law Of Attraction and that if you have fun and let go of expectations, good things will come. People started referring me for paid gigs, and that forced me to buy equipment, which was another learning curve for me.  I recently performed at the Scottsdale Canal Convergence festival in front of close to 1,000 people. When I think how far I’ve come in such a short time, it’s surreal.

I’m also proud to be a volunteer with Musicians On Call, a non-profit organization. I sing bedside for patients, family, and staff at Phoenix VA Hospital and Phoenix Children’s Hospital.  That’s probably the most rewarding thing I’m doing with my singing.

Please tell us about your art.
I really enjoy singing to particular crowds and surprising them with the songs that I know. I seem to have a knack for knowing what people want to hear. My eclectic taste and huge appreciation for music has given me the ability to sing to many different crowds. When I sing to children, I can sing the Disney Princess songs like a pro. When I sing to the veterans at VA, I love surprising them with songs from the 60s. And when I sing to my peers, I love singing nostalgic songs from the 90s that remind them of our youth. My goal is to be genuine, have fun because that’s ultimately why I do this and to put smiles on people’s faces. I am now taking a voyage into song-writing. I feel like that is the path that I’m called to go down next. I have written and recorded one original, “Love Will Find A Way.”  I anticipate there will be many more songs in the future to celebrate. I am inspired by artists such as Jewel, Young The Giant, The Beatles, Madonna, and Coldplay.

What do you think is the biggest challenge facing artists today?
I don’t like to think of facing challenges, but it would be great for more talented singer-songwriters to get the credit and exposure they deserve. On a local level, finding venues that support and pay artists are hard to come by. As a consumer, I know I’m always looking to be entertained when I go out, and it’s sometimes difficult to find places that are consistently showcasing live music, so cheers to those that do! I like to think of it not as a numbers game to bring people in but instead, adding value to your existing customer’s experience. Tony Robbins says, “If you want to get ahead of your competition, you have to add more value than your competition.” And I believe that’s exactly what restaurants and bars are doing when they hire musicians. If customers know they can consistently rely on a venue to have live music when they come in, they will be back, and word will probably spread.  There are so many talented musicians in Phoenix and they all deserve to be heard!

How or where can people see your work? How can people support your work?
I am currently finishing up Advanced Yoga Teacher Training at Southwest Institute for Healing Arts in Tempe. During this time I hope to be working on my song-writing and will have more time for gigs starting back up in the Spring. I have performed at venues such as St. Francis, Mirabel Golf Club, Scottsdale Waterfront, Rhythm + Wine, Root Public House, The Listening Room Phoenix, The Orchard, The Rooster Tavern, and Irene’s Tap Room. Check out my website: www.NikkiShue.com for a schedule of upcoming events! 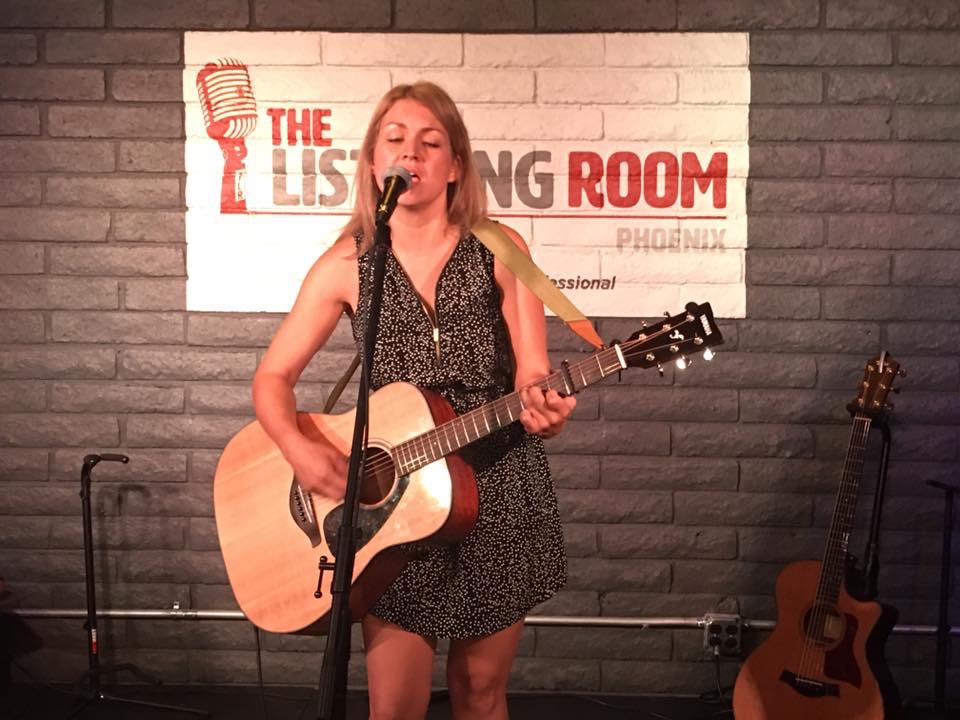 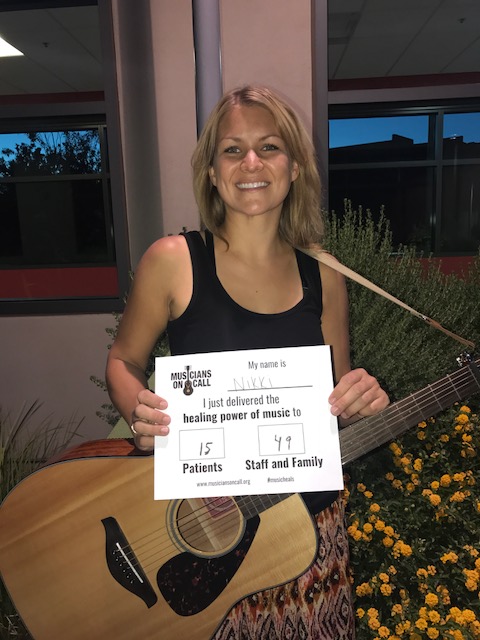 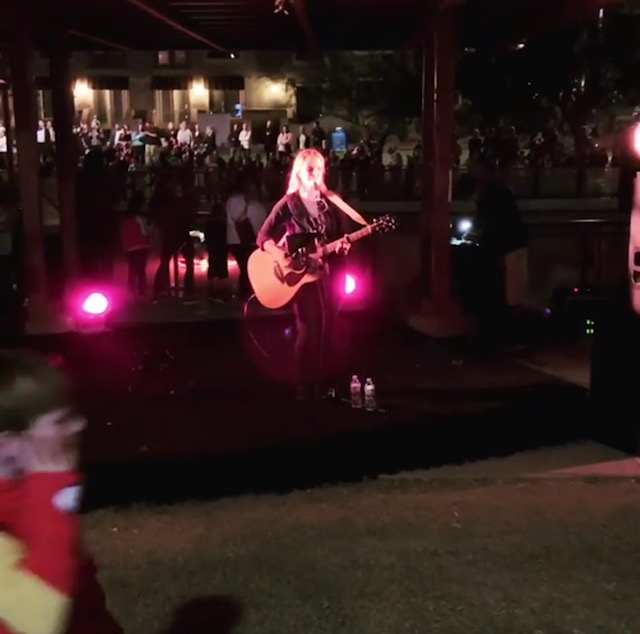 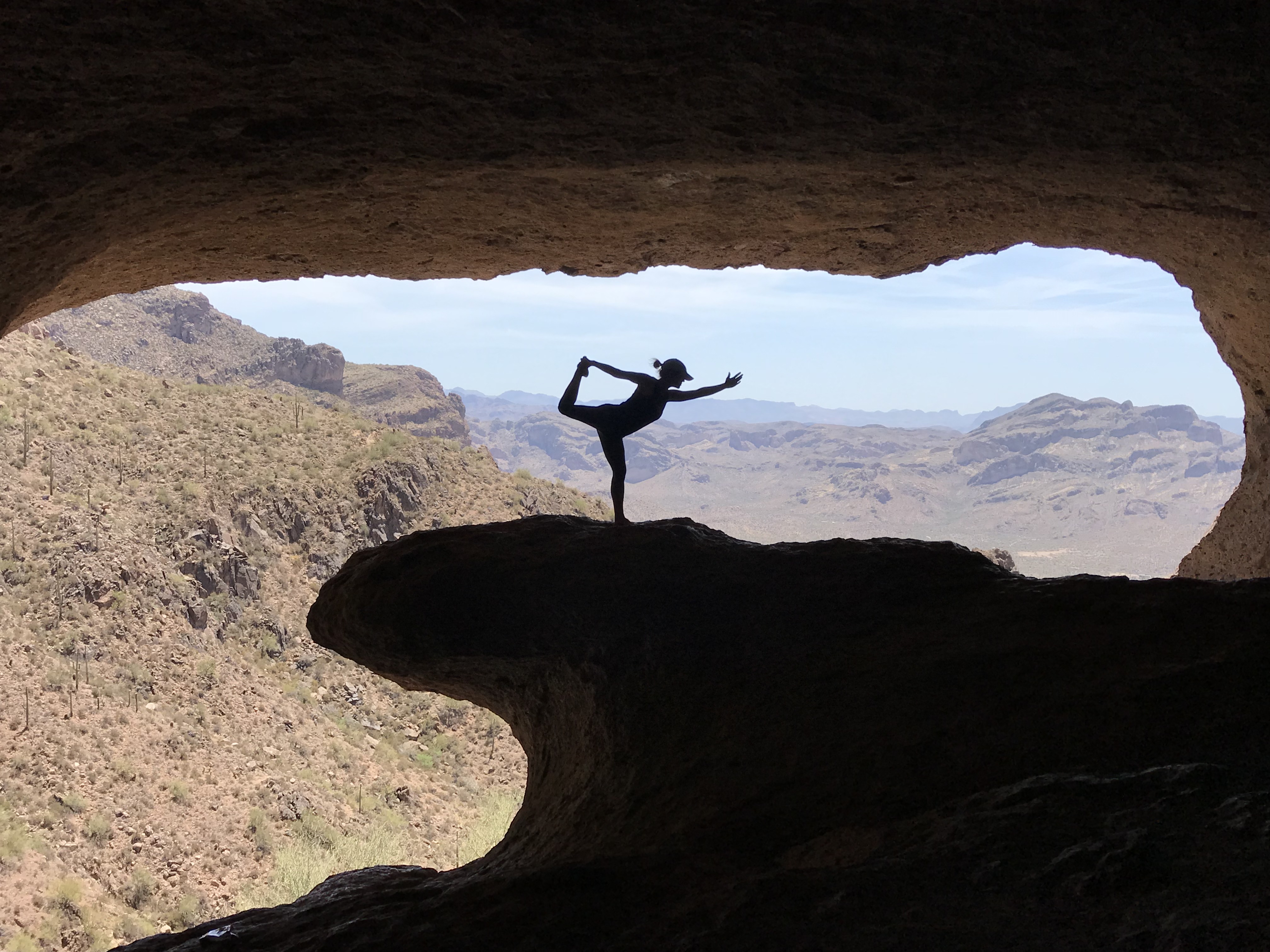 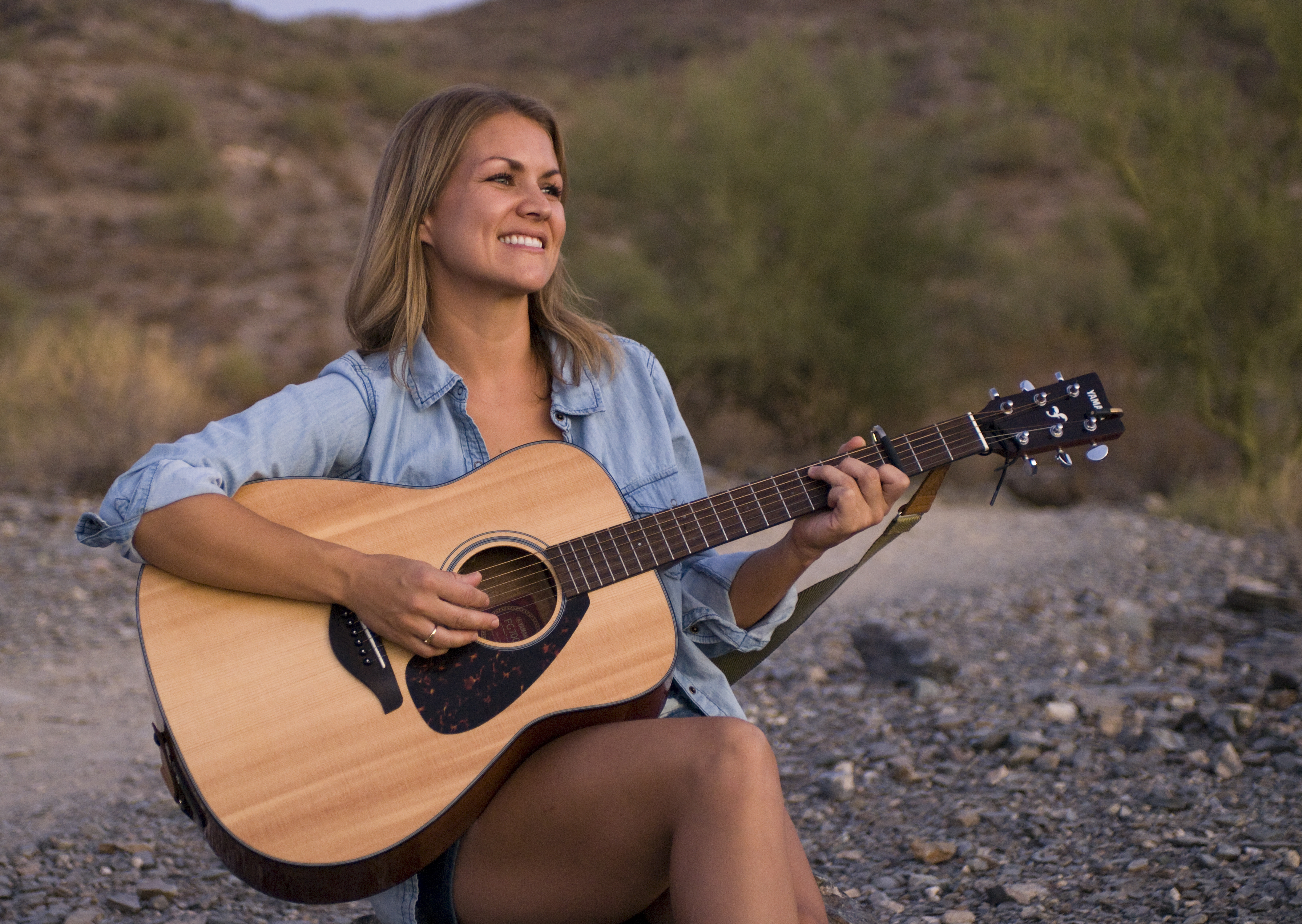 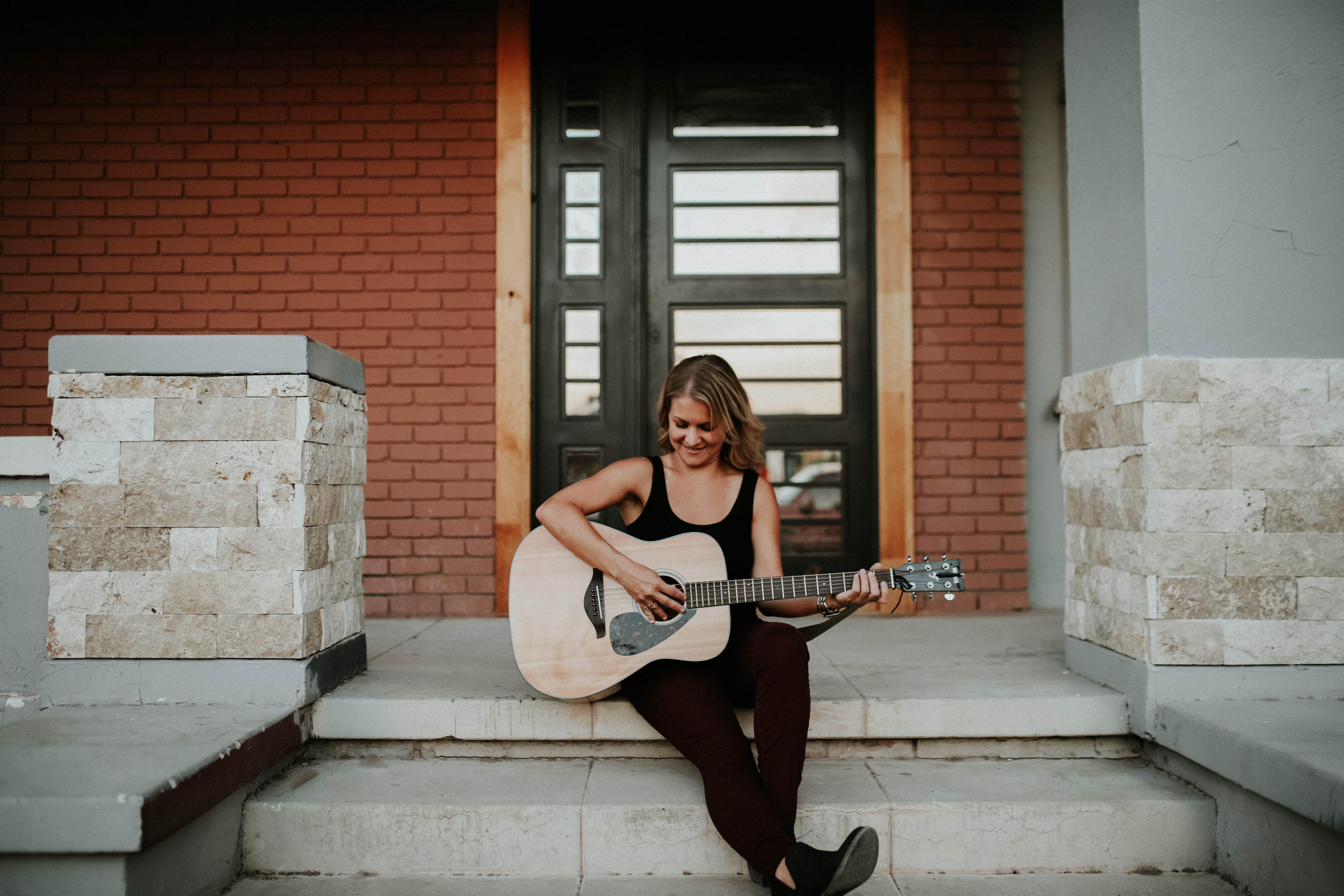