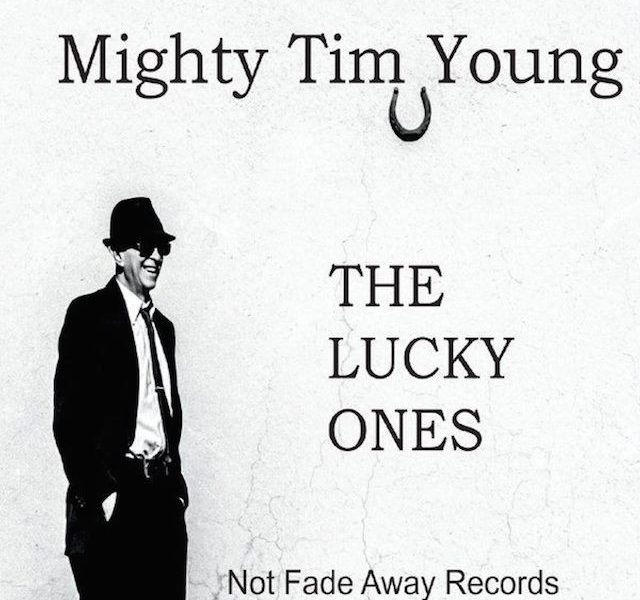 We are thrilled to be connecting with Mighty Tim Young again. Mighty Tim is a Performer, Singer, Songwriter, Composer and is also a content partner. Content partners help Voyage in so many ways from spreading the word about the work that we do, sponsoring our mission and collaborating with us on content like this. Check out our conversation with Mighty Tim below.

Hi Mighty Tim, so great to have you join us again. For folks who might have missed our earlier conversations, can you please take a minute to briefly introduce yourself?
I was a transplant to New York City from Pennsylvania, and now I’m a transplant from New York City to the wilds of Arizona. I’m a performer/singer/songwriter. I’ve got four decades of experience under my belt. I love the writing life even through all its ebbs and flows. Before my musician hat arrived, I was an actor in NYC. The theatre actually allowed me to find my path to the music. I was glad it did. I’m always writing new songs and now my latest release, The Lucky Ones, will soon be available everywhere.

You are releasing your fifth album on your own Not Fade Away label. It is “The Lucky Ones.” How did this come about?
Getting The Lucky Ones together was sheer serendipity in every phase of its development. First of all, I had arranged for a recording studio in Flagstaff but after a “situation” occurred there, they felt I was a bad choice! Thank goodness because that’s when I contacted Sweet 16 studios in Cornville. I had recorded with Gregg Tauriello previously in 2015 and he was glad to have me. But before any recording could take place, I had met a very talented drummer in Don Jones. I wanted him on the record but it was often tricky to pin him down to dates but finally we were able to arrange our recording session where we were lucky to complete drums, guitar and scratch vocals for all twelve songs I wanted on the record. Amazing. Then I did not know a bass player off hand so I asked Gregg if he knew anyone and he suggested Kris Baldwin. I called Kris and he immediately agreed to the job. Another very talented player, on board in a wink. For lead guitar I was fortunate enough to have met a retired doctor from New York City, Gordon Cantor. Doctors have flexible fingers and he showed them off on his amazing lead guitar playing. Sessions were going great guns with Gregg at Sweet 16 until the Covid pandemic. Once that happened Gregg decided to close his studio. I still had plenty of overdubs to do and the final mixes. Then one evening at a jam session I was doing with my percussionist friend, Steve Schutz, who popped in to say hello but drummer Don Jones. Once I explained to him about Sweet 16 being down, he told me about Jon Margulies and his Hobo-Technologies studio. That same evening, I met Jon and we soon agreed to work together to finish the record. We did. Jon is a wizard with Pro Tools and the final mixes are a testament to that. If I had not begun the project when I did, I never would have been able to use Don and Kris. Don has now moved to New Mexico and Kris had to return to his hometown in Canada. If Don had not been involved, I never would have met Jon. If I did not have to move the project to Sweet 16, I would have never known about Kris Baldwin. So, it seems, everything that needed to happen fell in place. And after a stretch of 15 months, The Lucky Ones was finally completed. A very happy serendipity indeed! 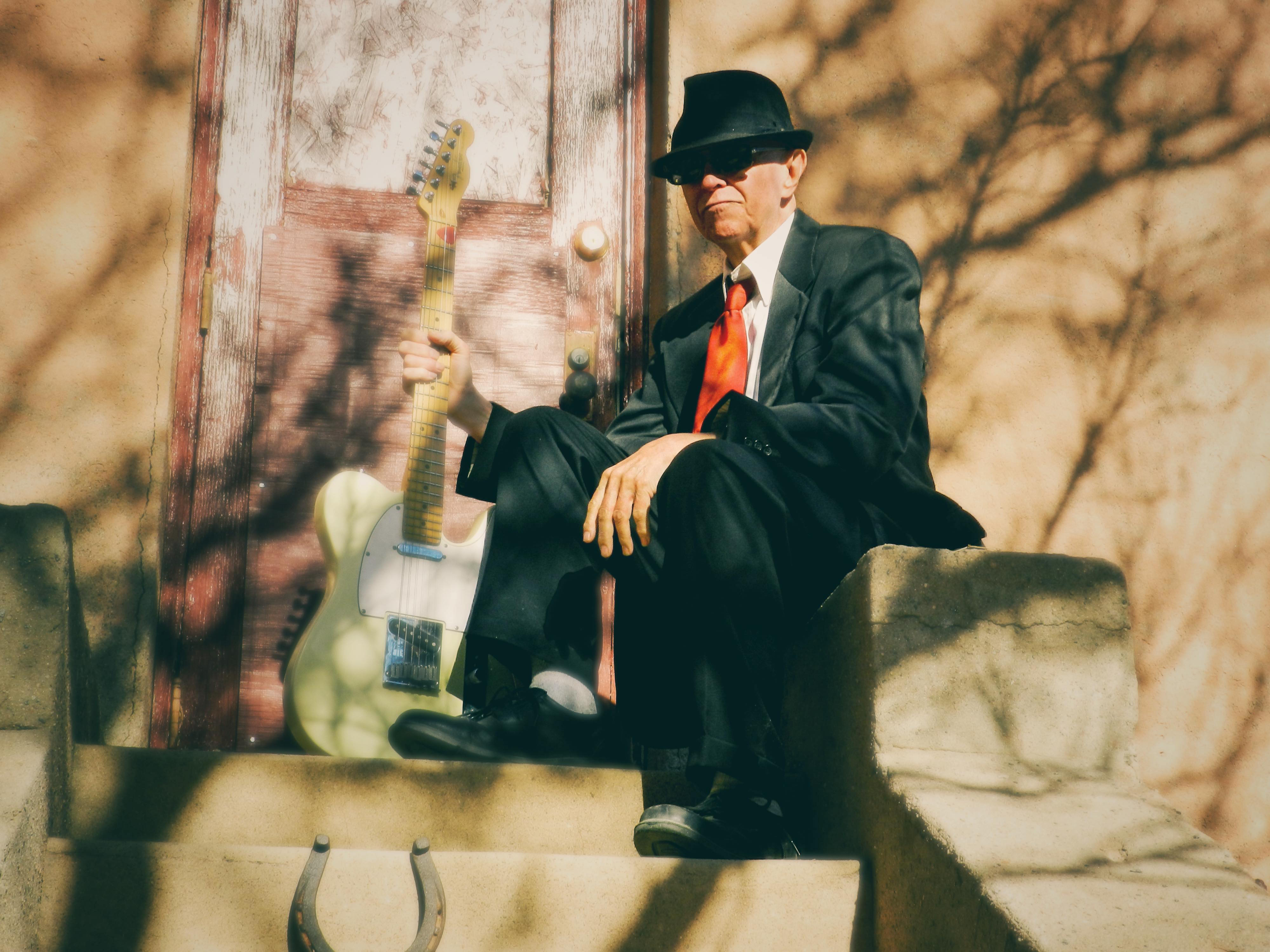 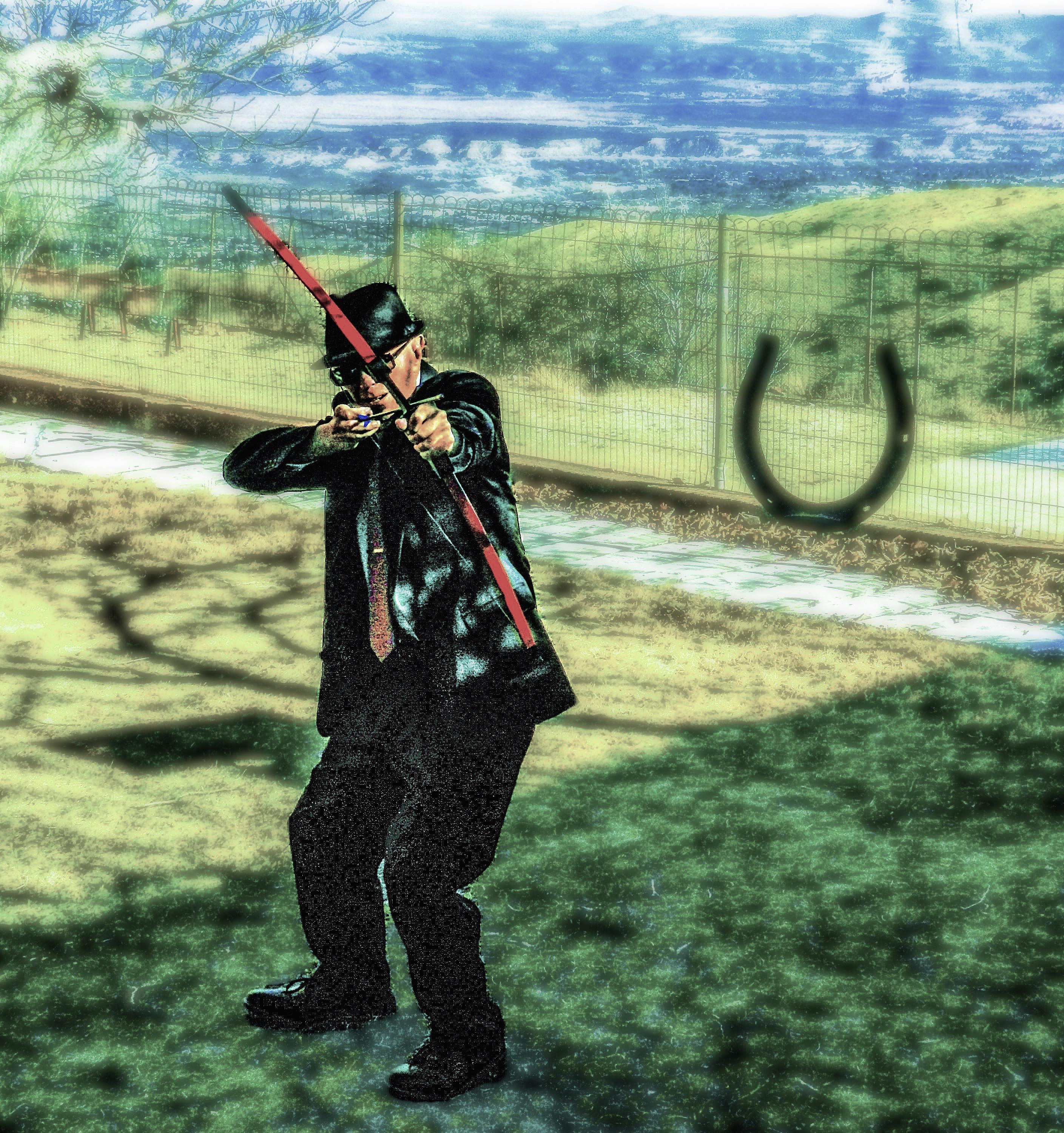 What were some of the obstacles you faced in getting “The Lucky Ones” to a finished product?
As I mentioned, a lot of it was luck. Don Jones, the drummer and I were only able to schedule one rehearsal before we recorded. Fortunately, Don’s talent on the day we did the basic tracks shone like a diamond and we were both very happy with the results. Since I did not have a band, putting together all the players was a major obstacle but one that worked out for the best. Kris Baldwin, the bass player, was not able to record at the Sweet 16 studio, so we did all his parts over email. I would send him the tracks, he would record his part, send it back to me and I would have to decide if he had the right idea or not. he was on the money 99 percent of the time. Meanwhile, the months kept on slipping by. I would often worry if there was really a chance to finish this project. Thank goodness I was able to remain focused after so many one step forward and two steps back! I can assume it was luck I named the album The Lucky Ones because that phrase pretty much sums up the entire experience.

How did Not Fade Away get started and where is it going?
Not Fade Away was hatched in 2002 when I released my first CD, No Stranger. No Stranger is a collection of cool, blue, jazzy instrumentals that I recorded in my apartment in NYC. It was with this album I decided to call the label Not Fade Away because not only of Buddy Holly but because of everything Not Fade Away implies. Since then I have continued to release my music on the label. I am lucky to be prolific with my song writing. In 2005 I had my second release that I dubbed Red. I recorded that one with George Grant at his studio in Manhattan’s lower east side. In 2007, with a new batch of tunes, and my drummer then, Sand Edwards, we flew to Detroit to record my third release, The Cost. There was a production company there, Counter Clockwise Music who put the finishing touches on The Cost. Not Fade Away’s fourth release was a series of EP’s ,Extended Play, CD’s that I did live at Sweet 16 studios with Gregg Tauriello. A series because I recorded twenty-two songs and so decided to split them up rather than have them appear on only one disc. And now, my fifth release on the label is The Lucky Ones. Not Fade Away will continue to release all my new music as it develops. There are already seven new songs in my bucket lined up for the next release. It’s all very exciting.

Are all the songs on “The Lucky Ones” original?
In all five of my records, including The Lucky Ones, every song is an original Tim Young composition. I have an extensive catalog of songs stretching back over forty years.

It was so great to reconnect. One last question – how can our readers connect with you, learn more or support you?
Please visit my website, timyoungmusic.com. There you can find an in-depth bio, a listing of upcoming gigs, photos and, and of course, my music. Please leave a note. Over at Facebook you can find Mighty Tim Young at https://www.facebook.com/mightytimyoung
Also at https://www.facebook.com/timsored/
At Twitter you can find me @timsored. I also am a writer at Fictionaut, where I post my poetry, and prose. I have a huge list of posts there that I am more than happy to share. http://fictionaut.com/users/tim-young 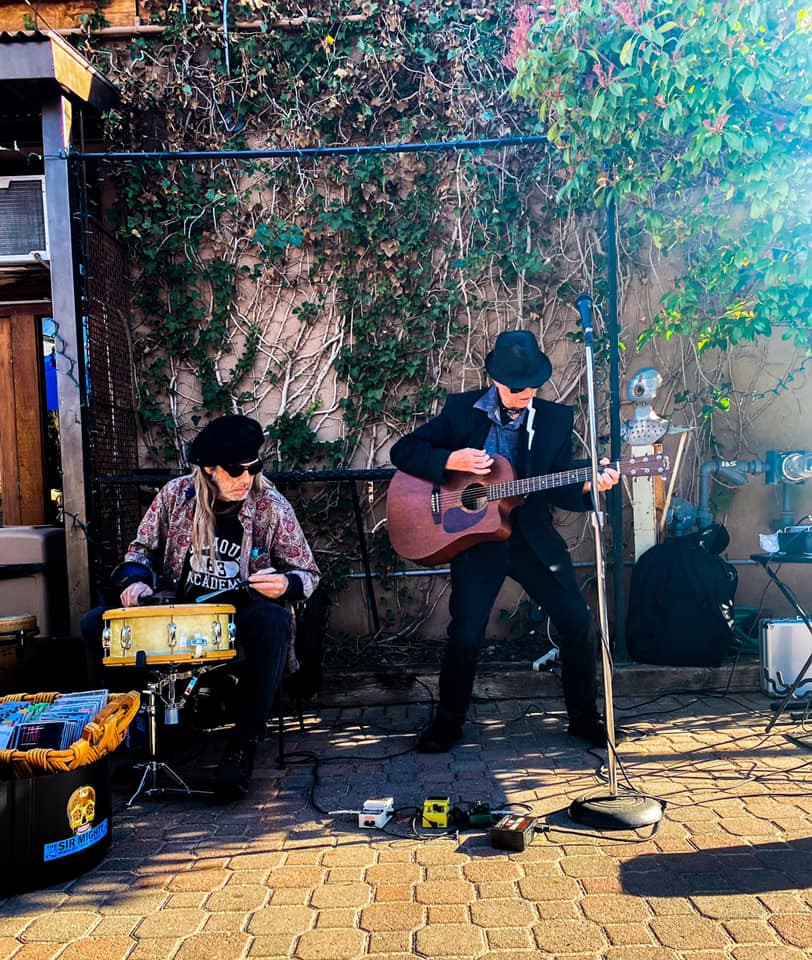 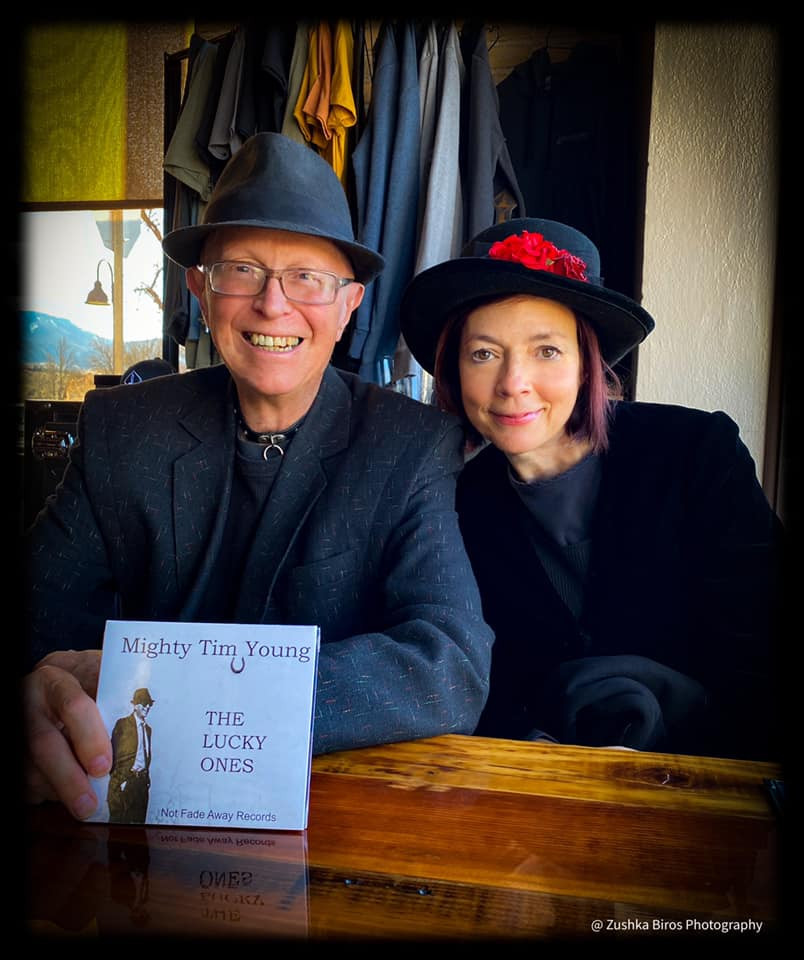 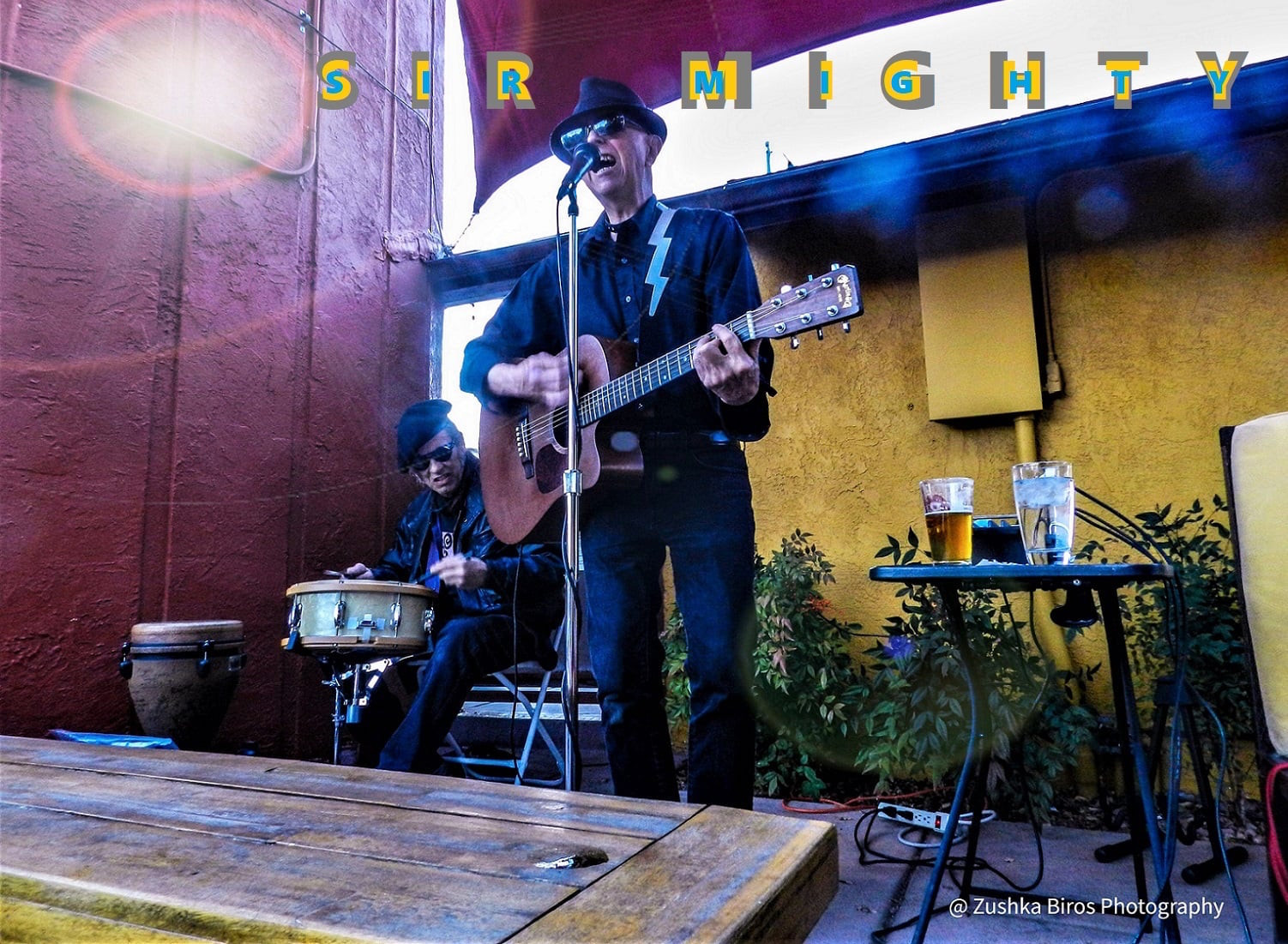