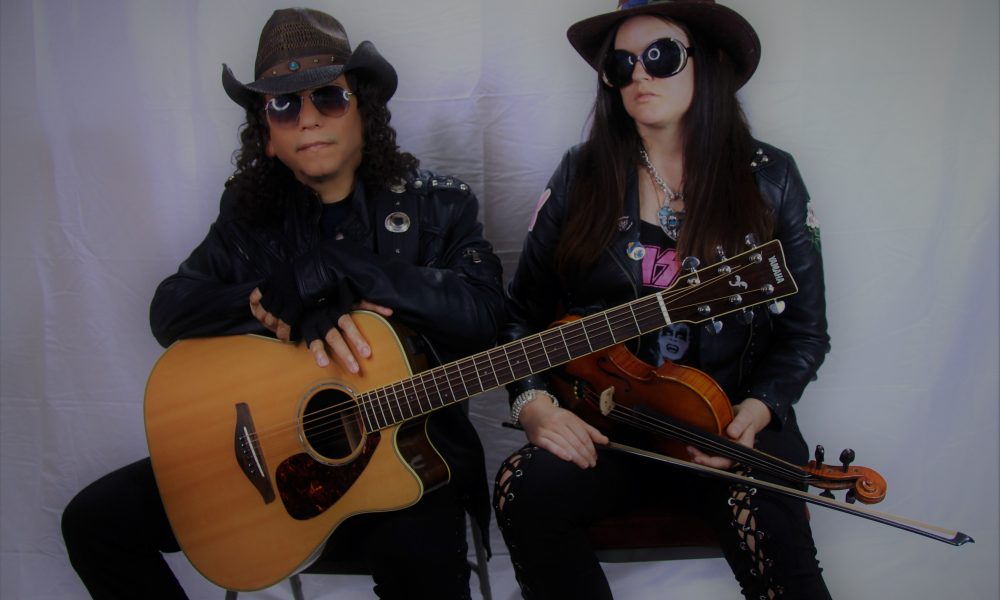 Today we’d like to introduce you to Love Lyzardz.

Every artist has a unique story. Can you briefly walk us through yours?
The “Love Lyzardz” story begins in October 2014 when lead vocalist and violinist Reign Diamonds accepted a casual invitation to jam from guitarist and songwriter Dez Del Rio. These jam sessions produced several beautiful new songs and a songwriting team was formed. After many long hours of writing and rehearsing their musical style, image and philosophy began to take shape and the “Love Lyzardz” was born.

Reign: I had been pursuing a modeling career for some time but was not having much luck. One day while perusing modeling opportunities, I came across an ad for Cigarette and Candy girls and submitted some photos.

Dez: I am a partner at a local cigarette and candy girl company in San Francisco named Peachy’s Puffs. Our specialty is vintage themed entertainment. I received an email for a job inquiry from a young girl who looked like a top model and thought to myself this girl will never work here. However, as it turns out, a picture maybe worth a thousand words but it doesn’t tell the whole story. Reign did start work at Peachy’s Puffs which is how we met.

Reign: One night after an event, I happened to mention to Dez that I was trying out for a local band as their lead vocalist and he said “I didn’t know you sing. I play guitar. We should jam sometimes.”

Dez: I didn’t know it at the time but Reign lived right across the street from me and had lived there for several years. I am an Austin music scene alum. I have been playing music since I was a child and have played in many bands however, due to the shortage of creative vocalists who can actually sing I had been in limbo musically for quite some time.

Reign: It’s funny we never bumped into each other before that day. You know while out and about in the neighborhood. Anyway, I accepted Dez offer to jam and the rest is history (smiles).

Dez: What started out as playing a few songs for fun became something more after we wrote our first song together. One-night Reign left a poem she wrote on the bed and upon reading it, I thought this is actually quite good. I picked up the poem sat down with my guitar and within a short while wrote our first song “Bedroom Eyes”. This has become our M.O., Reign writes poetry and I turn her poems into songs.

Reign: Dez didn’t know it at the time but I was struggling with a severe form of Bi-Polar disorder called Bi-Polar 1. During that period, I was experiencing high degrees of mania, depression and even hearing voices. I was very impulsive and my behavior was often erratic and I could be very indecisive. I don’t really think Dez knew what to make of my behavior but to his credit he has always been very patient with me.

My poetry during that time came from a very dark lonely place. I was at the end of my wits and had for the most part given up on having any kind of normal life. I couldn’t hold down a job; my relationships were hanging by a thread and I didn’t have any real friends. I dreamed of having my own family one day but at the time that was pretty much an impossibility. I was taking a lot of medication and sleeping all the time. The medication I was on wasn’t working and I was still having episodes daily. I was hiding my illness and hiding from the world. Hiding the real me I mean.

Dez: I didn’t know what to think. One day we were going to conquer the world together and the next day she was walking out the door. Nonetheless, the poems were piling up on the table and I was turning them into songs. Our musical aspirations very quickly blossomed into a romantic relationship and after about a year Reign moved in with me. That first night I noticed a large quantity of medication on her vanity and asked her why she needed to take so many pills. Reign broke down and started crying and it was then that she told me she suffered from a Bi-Polar disorder. She apologized for hiding her condition from me but was afraid I would abandon her like everybody else had if she told me.

I really didn’t know much about bi-polar at the time but started reading everything I could get my hands on about it. Not books or medical journals but comments on forums written by people who actually suffer from this form of mental illness. I have to admit I was more than a little concerned and wanted to understand what I was dealing with. Many on the forums relating their dating experiences with those who suffer from bi-polar disorder suggest you turn and run as far away as possible but I knew Reign was special and that was not an option for me.

Reign: About six months after we moved in together I had a severe episode that put me into a mental hospital for the second time. I was scared. I had no idea how long I would be there or if I would ever get out. Although I knew they were only trying to help, hospitals like these can very unnerving. There are no locks on the door and people kind of wonder the halls talking to themselves.

Thank god, I was released after about two weeks. I had planned to return to my parent’s home in Napa however, when we stopped in San Francisco to get my things, I saw Dez. His six-year-old daughter was visiting from Phoenix at the time and this beautiful little girl walked up to me and said “Reign do you still love my Daddy?” My heart just melted and I realized then and there how much I loved him and her. I finally had a family and I wasn’t going to give that up for anything.

Dez: Reign was better when she returned home but was still on shaky ground. I knew from my research that what was required for her to succeed was the right medication, the right dose of medication and a consistent therapy regimen. Although the hospital did a great job prescribing the right medication the amount of medication to take is something only the patient can attest too. The doctor can prescribe what they feel is a sufficient dose but only the patient can know if it is working for them or not. Reign was still suffering from anxiety and couldn’t sleep some nights so the doctor naturally prescribed a higher dose. She was taking 80 mg and the doctor wanted to increase her dosage to 120mg. Reading the forums, I had learned that it was actually the higher dosage of medication that was causing the anxiety so I suggested she lower her dosage to 60mg. To her credit Reign trusted me enough to take my advice. We called her parents then called her doctor and after receiving their approval, we reduced her dosage to 60mg and wallah! The anxiety stopped and she has been healthy and happy for almost three years now.

Reign: My life has basically done a 180. I feel good most days and have really turned my life around. I am in a loving relationship, I have a family and my music career is starting to take off. In fact, I would recommend to anyone suffering from bi-polar – do something you love. Participate in something you’re passionate about. Music has become my saving grace and an outlet for my emotional journey. I was hesitant to tell my story because for so many years I was afraid to tell anyone. Mental illness is not something you want to broadcast to the world however, my success in defeating this monster is something I do want to share. If I can do it you can do it too. To all of you who suffer from bi-polar disorder, you can beat this. You do not have to accept defeat. It’s not easy, but with the right medication(s) the right dosage and therapy, you too can live a happy, healthy, prosperous life. Be vigilant, stay the course and you too can succeed. Healing is about being proactive. Show up for yourself. Be an advocate for your own healing. Don’t skip your medication, don’t skip your therapy appointments and follow your therapist’s advice.

Dez: Reign’s success controlling her symptoms has allowed our music to flourish and our music duo the “Love Lyzardz” to achieve more than we ever thought possible. We could go all the way to the top if the opportunity should arise.

Please tell us about your art.
From deep within San Francisco’s music underground has emerged a delicious new sound. Evocative, impassioned and oozing with sex appeal, the “Love Lyzardz” organic brand of enigmatic music stands in stark contrast to the techno jungle that currently dominates San Francisco’s modern music scene.

Inspired by the psychedelic sounds of the late 60’s and the early seventies folk rock explosion the “Love Lyzardz” art first approach to music seeks to revive an era of music that was free from corporate influence or popular music trends. As an authentic expression of their spiritual self, the music they create is always 100% “Love Lyzardz”.

In a world void of an all-inclusive music industry, the “Love Lyzardz” are determined to forge a path to success by creating a space where people from all walks of life and all ages are free to hangout, party and listen to music.

Like their style, the “Love Lyzardz” self-titled genre “acoustic trance” was wrought from many experimental jam sessions in various older music traditions, in the process, becoming not just a unique sound, but an expression of artistic integrity, high fashion and poetic philosophy.

Rebellious, revolutionary and unapologetic, the “Love Lyzardz” are poised to ascend to bold new heights as they seek to rescue music and fashion from the mundane ness of corporate America and the lack of creativity in modern pop culture. “Music gives soul to the universe, wings to the mind, flight to the imagination”. – Plato

Choosing a creative or artistic path comes with many financial challenges. Any advice for those struggling to focus on their artwork due to financial concerns?
If you’re not willing to make the sacrifices necessary to create your art, you might be in the wrong business. There is no substitute for working and practicing.

How or where can people see your work? How can people support your work?
The best way to experience the Love Lyzardz is at one of our live shows. However, we do have a strong online presence now. On our website www.lovelyzardz.com you can subscribe to our mailing list or find links to the many social media pages we frequent. 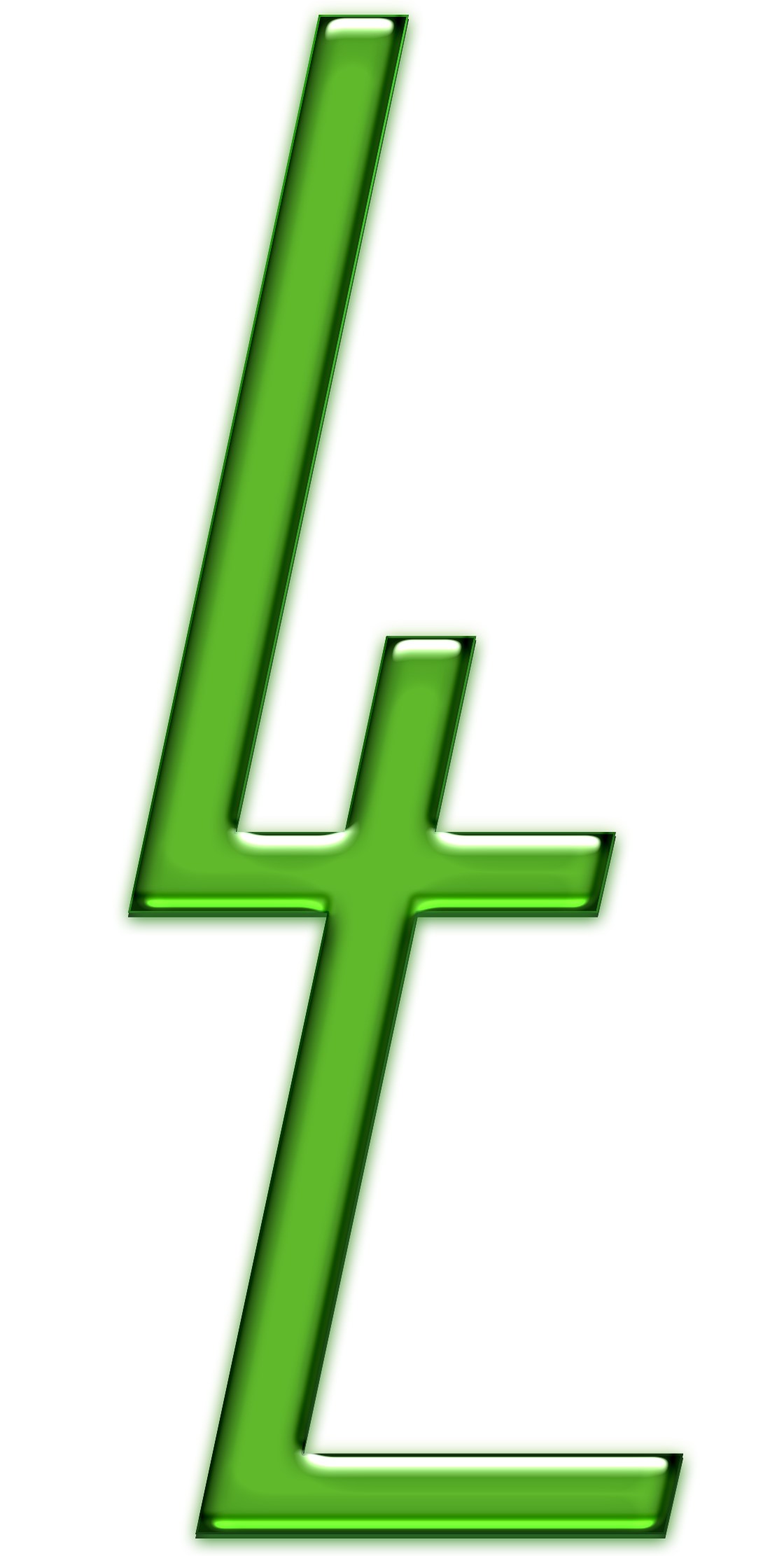 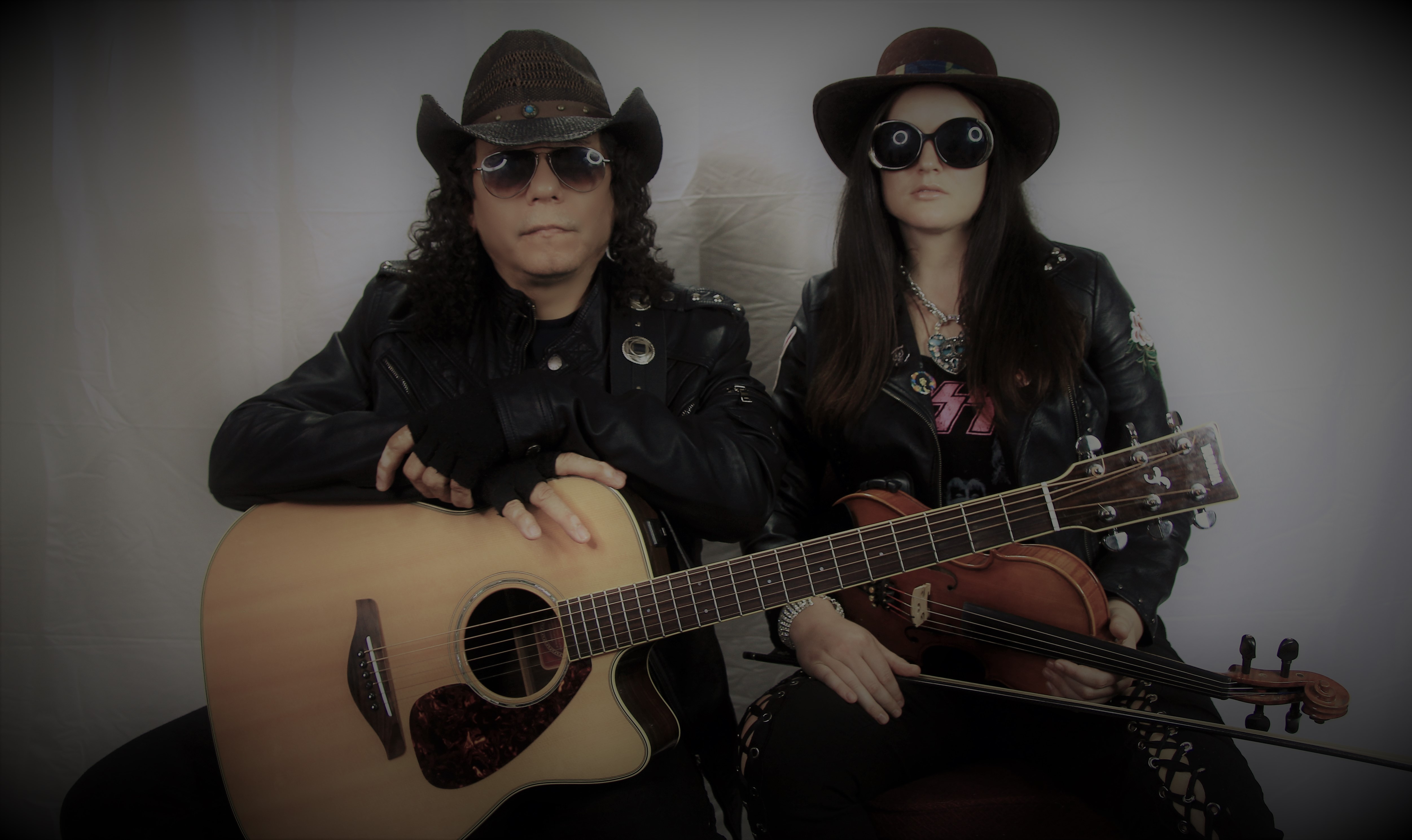 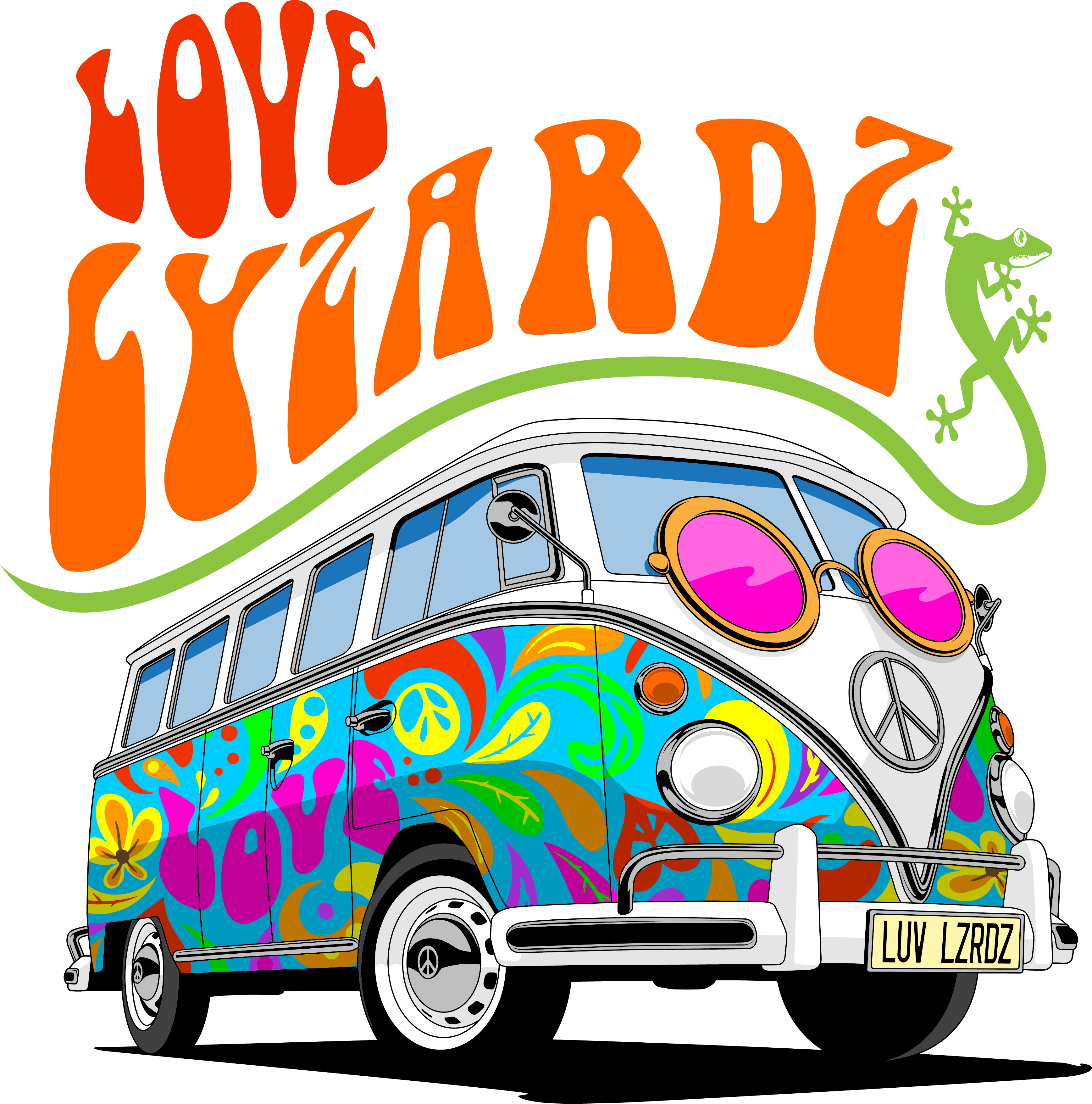 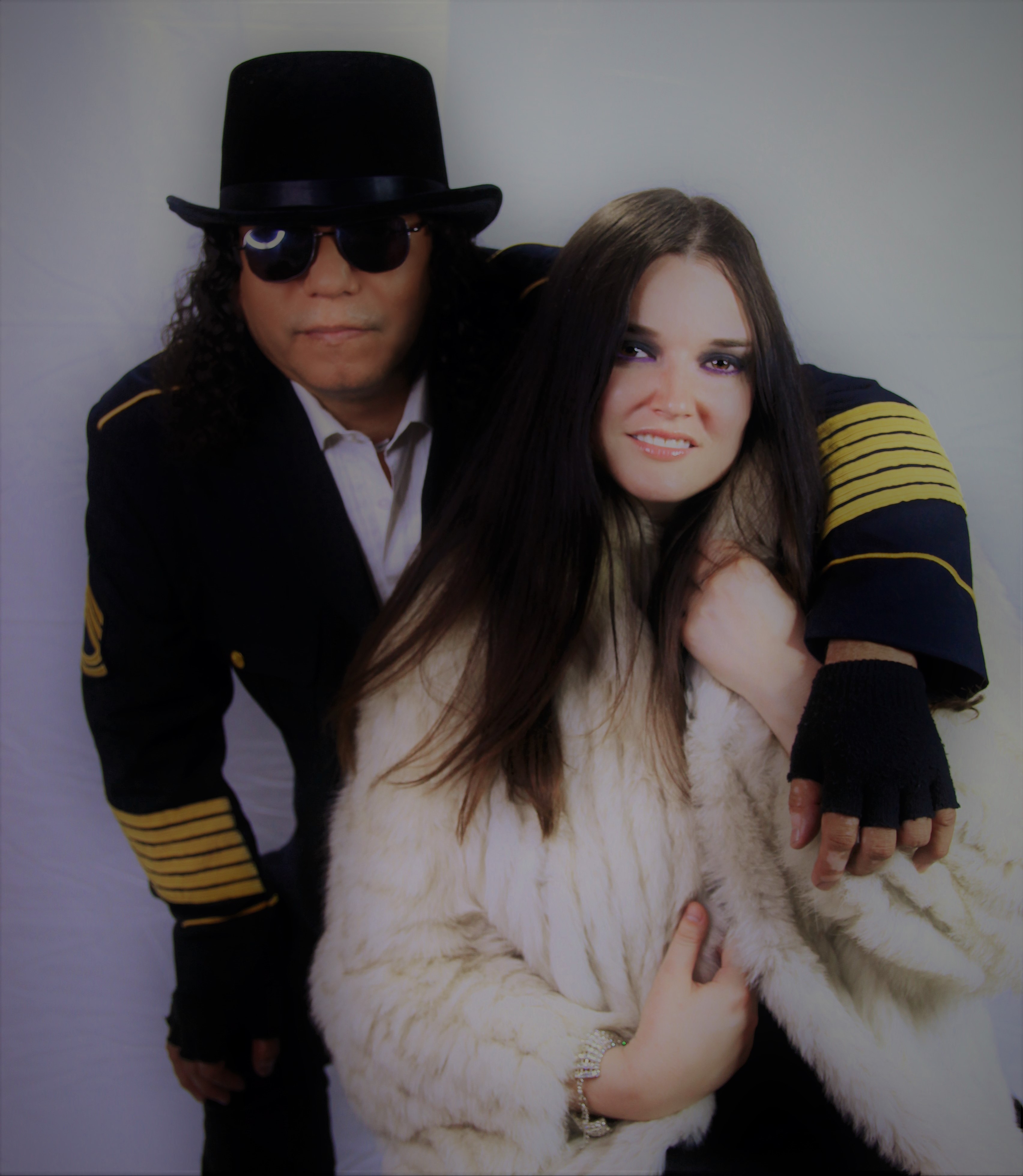 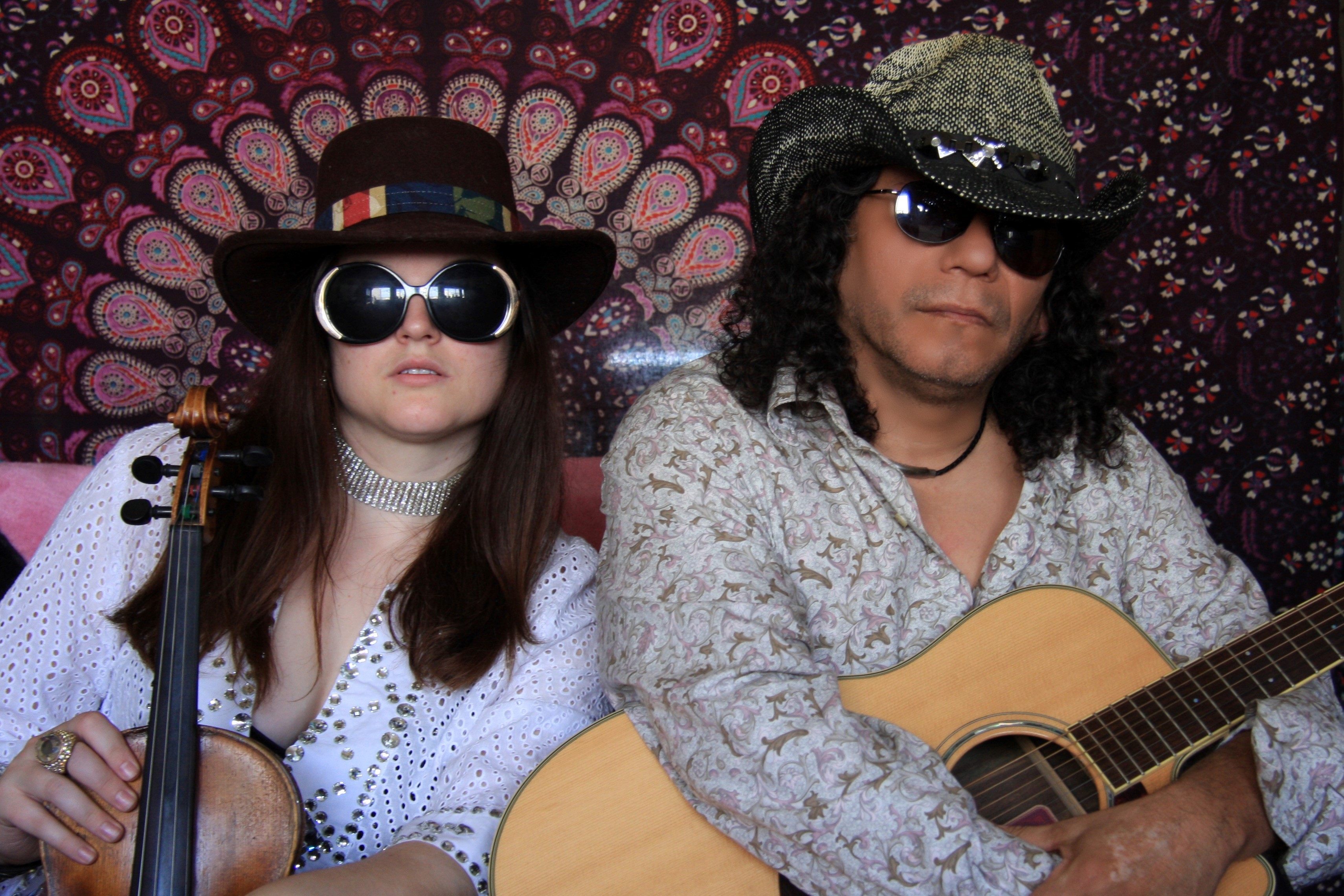 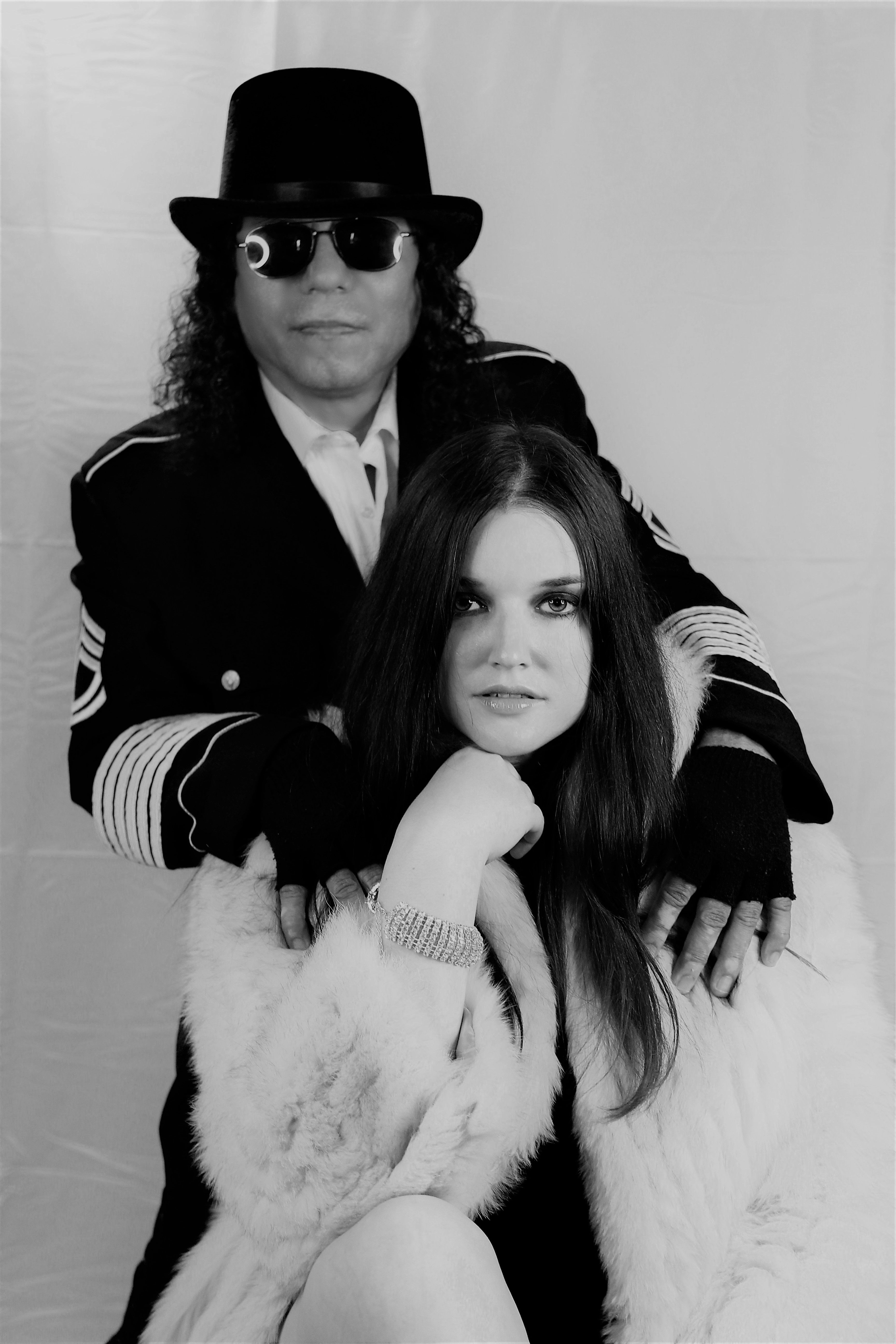