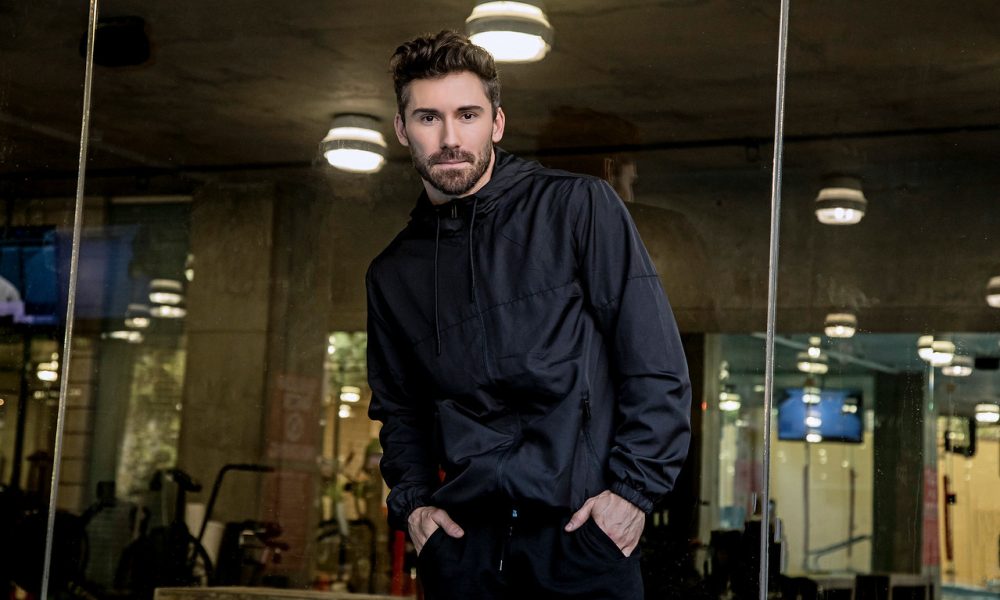 Today we’d like to introduce you to Keith Haaff.

Keith, please share your story with us. How did you get to where you are today?
I’m originally from a small town in Hatfield, Indiana. Hatfield is an industrial and farm town with a population of 800 people, no stoplights, and the closest grocery store is 20 minutes away. While living in Indiana, I was fortunate enough to play two years of college baseball at one of the top rated junior colleges in the country, Wabash Valley College. Although our team was advanced, our coaching resources were limited. During one of our team’s workouts, I was asked to perform a general exercise but the movement and weight didn’t sit right with me. My coaches became frustrated when I told them I didn’t want to do it. Now let me clarify, my coaches were great, I just knew there was a disconnect with the weight and positioning of my body during the exercise. From that moment, my curiosity was peaked and my interest in strength, conditioning, and proper positioning began.

Once my final season at WVC ended, I furthered my education at the University of Southern Indiana, where I received my bachelor’s degree in exercise science. While attending USI, I was hired by the Director of Personal Training at Bob’s Gym, Tony Maslan. Tony taught me the business side of fitness and consistently reminded me that getting down the basics, is one of the most important aspects of training. Still wanting to learn more, I committed my weekends driving to one of the top ten facilities in the country, Indianapolis Fitness and Sports Training (IFAST). The drive from Hatfield to Indianapolis was three hours each way, but learning from the best in the business was well worth the time and miles logged.

Two years into working for Tony at Bob’s Gym, I was offered an internship at Cressey Sports Performance in Jupiter, Florida. CSP specializes in working with professional baseball players, and some of the best coaches in the country train at this facility. My career hopes were high but after the internship ended and I didn’t receive a job offer, I was left in limbo. I had no idea what was next for me and my future in training.

One day while riding in the car with my best friend Blake, Blake received a call from his old coach. Blake uses to play professional baseball and his former pitching coach mentioned he recently moved to Phoenix and had two spare rooms. Since Blake and I were both in between jobs at the time, we looked at each other and had the same look on our faces… I’m in. Within a month we spontaneously decided to leave Indiana and add +2 to the Phoenix population.

The potential and excitement of a new beginning were there, but getting my bearings in a new city wasn’t easy. Phoenix was a complete change of pace and scenery. For the first two years of living here, I worked at two different facilities and neither seemed to be the right fit. I began to question if this drastic jump was the right decision.

In March of 2017, I connected with a woman who was moving from Phoenix to Las Vegas and she looking to sell her fitness boot camp business. After discussing her business more in-depth, she asked if I’d like to buy her business. I was intrigued but I’d be lying if I said I didn’t have hesitations. I’d never run or owned my own business before. But just like the leap to Phoenix, I figured… what could I lose? Within a month, Unleash Performance was created.

Has it been a smooth road?
My career has been about as smooth and predictable as our Arizona weather. But rather than divulging the many hiccups and previous struggles, I’d like to share a few things that I’m still struggling with today, in hopes of reminding other business owners that we are all still a constant work in progress.

Anyone who owns their own business can agree when I say, running a business requires a lot of attention and some days it can be overwhelming to balance. As I put together this questionnaire, I’m creating customized training programs, following up with client texts/calls/emails, cultivating social media posts, re-working schedules to make sure every client and prospective client is accommodated, and if there’s any extra time I’m squeezing in personal life. Even though time management is an area I’ve recently made vast improvements on, it’s still under construction. So, #1 struggle: time management.

Struggle #2: the constant reminder of quality over everything. The fitness industry is saturated and competitive and nowadays it seems like everyone is a trainer. I love the connectivity and learning access you can obtain from social platforms, but as a trainer, it also means that any client is one click away from trying out that new trainer they’ve seen on their Instagram explore page. Knowing this, I strive to genuinely connect with my clients, and make sure the quality of training is beyond lifting weights and providing exercises. So, instead of constantly trying to acquire new clients, I have to remind myself that the quality of training I’m providing to my current clients is the most important.

An initial session will consist of movement assessments to gauge how mature a client is with training. During the assessments, I’ll typically take them through a bevy of movements —(push/pull), (horizontal/vertical), (squat/hinge), (carry/core), as well as analyze the client’s aerobic capacity. I’ll also look at feet, pelvis, and shoulder positioning to gauge their range of motion. From there I can get a pretty good idea of the training menu and where I’d like to begin with a client. The first few sessions I don’t care too much about lifting heavy, I’d rather focus on locking down the correct form. My goal is to help my clients move efficiently while creating programs that are effective, valuable, and sustainable.

One of my specialties is training assisted living, and aging adult clients. The goals we create are a little different than my athlete or general population client. We begin by setting small, yet meaningful goals such as standing independently. This can be very hard in the beginning and the steps may seem repetitive, but the progression isn’t linear.

When one of my assisted living clients started with me, she had been bedridden and unable to move on her own for two years. Anytime she needed to use the restroom, shower, or eat, she would be hoisted from a hoyer lift and placed in a wheelchair. She was 100% reliant on caretakers.

During our first session, we went through a few exercises that were uncomfortable for her due to her body being very deconditioned. For the first few months, she was disappointed with how things were advancing — in her eyes, she was still not at a point where she could stand on her own. In my eyes, I could see her achieving her small goals and she was one step closer than when we first began.

As the months progressed we modified a few of her exercises and she started using a walker to try and stand (with care taker assistance). Since she was afraid of falling, this was also to get her in the mindset of standing on her own. I still remember the day (a Monday morning in January of 2019) where she was able to stand using the walker on her own and without any assistance from myself or the care takers. She began to cry because she didn’t think this was something she’d ever be able to achieve on her own. This was one of my proudest accomplishments as a company.

Some of the assisted living clients I work with have Parkinson’s, Alzheimer’s, dementia, leukemia and cancer, so they’re not only fighting their bodies but also fighting their minds. So, what is most rewarding as a company, is when I see a client’s physical strength increase, and their mental and emotional independence increases along side.

Who else deserves credit. Have you had mentors, supporters, cheerleaders, advocates, clients, or teammates that have played a big role in your success or the success of the business? If so… who are they and what role did they plan/how did they help?
First and foremost, I’d have to give credit to my family. The sacriﬁces my parents made for me and my sister will never be forgotten, and the qualities they instilled in me at a young age have shaped me into the person I am today. I’d also like to give credit to my Papaw for being an incredible role model of what dedication looks like. He worked for Alcoa in Newburgh, Indiana for 52 years and never missed a day he was scheduled to work.

Tony Maslan (Bob’s Gym) and Eric Cressey (Cressey Sports Performance) took a chance on me when I started training and they paved the way for me to be successful in my own business.

Connor Ryan (Phoenix Coyotes Physical Therapist) started as my physical therapist and then he became a mentor along the way. A couple of days out of the week, Connor would take two hours out of his day to help me learn what has made him successful in this ﬁeld (assessments / breathing exercises / posture restoration institute). With that being said, Connor is one of the most intelligent people I know and an all around great human. I’ll never take our time for granted especially when I have a chance to learn from him.

Matt and Jamie Schaub started as boot camp clients and then became the launching pad to Unleash Performance’s assisted living training. They have been a huge contributor to my business and I can’t thank them enough for their constant support and friendship.

Bekkah Herman is a swiss army knife and is one of the smartest, most bold, driven, and attentive person that I have ever been around. The point of Bekkah being in this article isn’t because she is my girlfriend, but it’s the qualities she represents and how she makes me feel. Whether it’s a good or bad day she always makes me feel like I can do anything no matter the circumstance.

Blake Monar has been my best friend and pretty much brother since second grade. He’s a friend that I can count on and he’s been there with me from grade school gas station biscuits and gravy, to the start of adulting and Unleash Performance. I’m fortunate enough to have Blake in my life and I couldn’t be where I am today without his guidance, help, and a few vodka sodas at Bevvy. 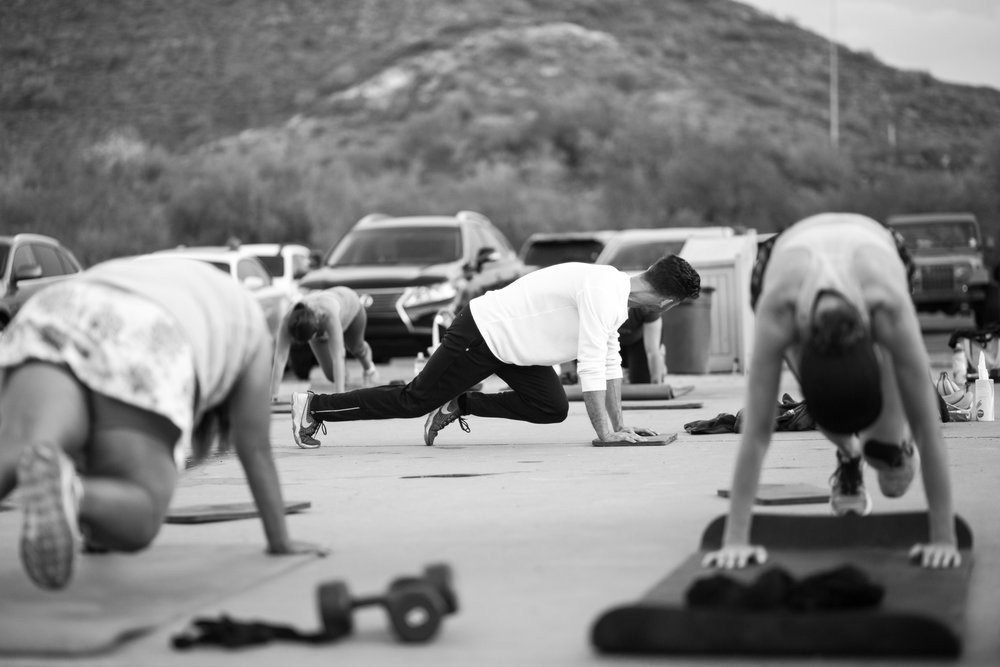 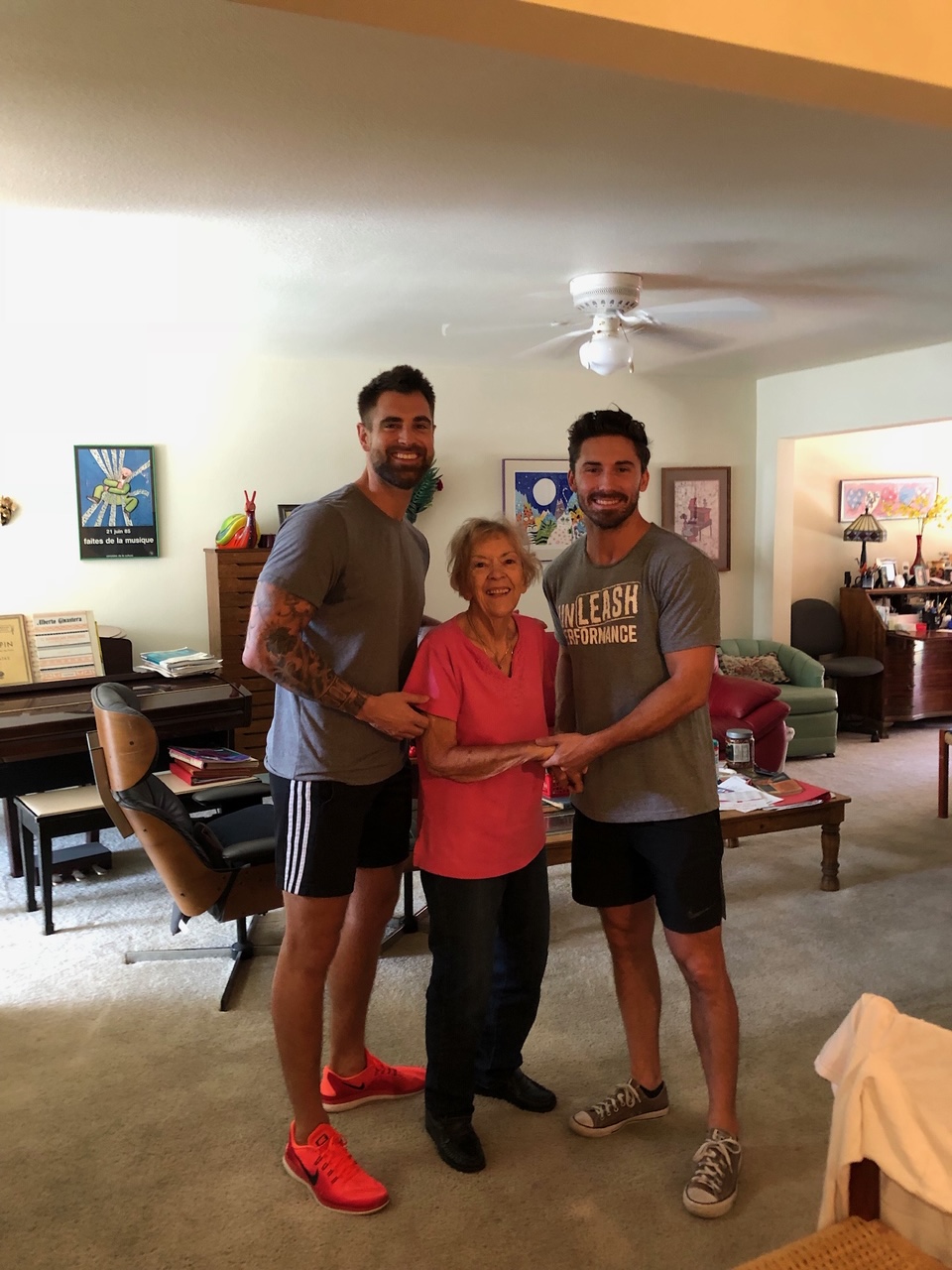 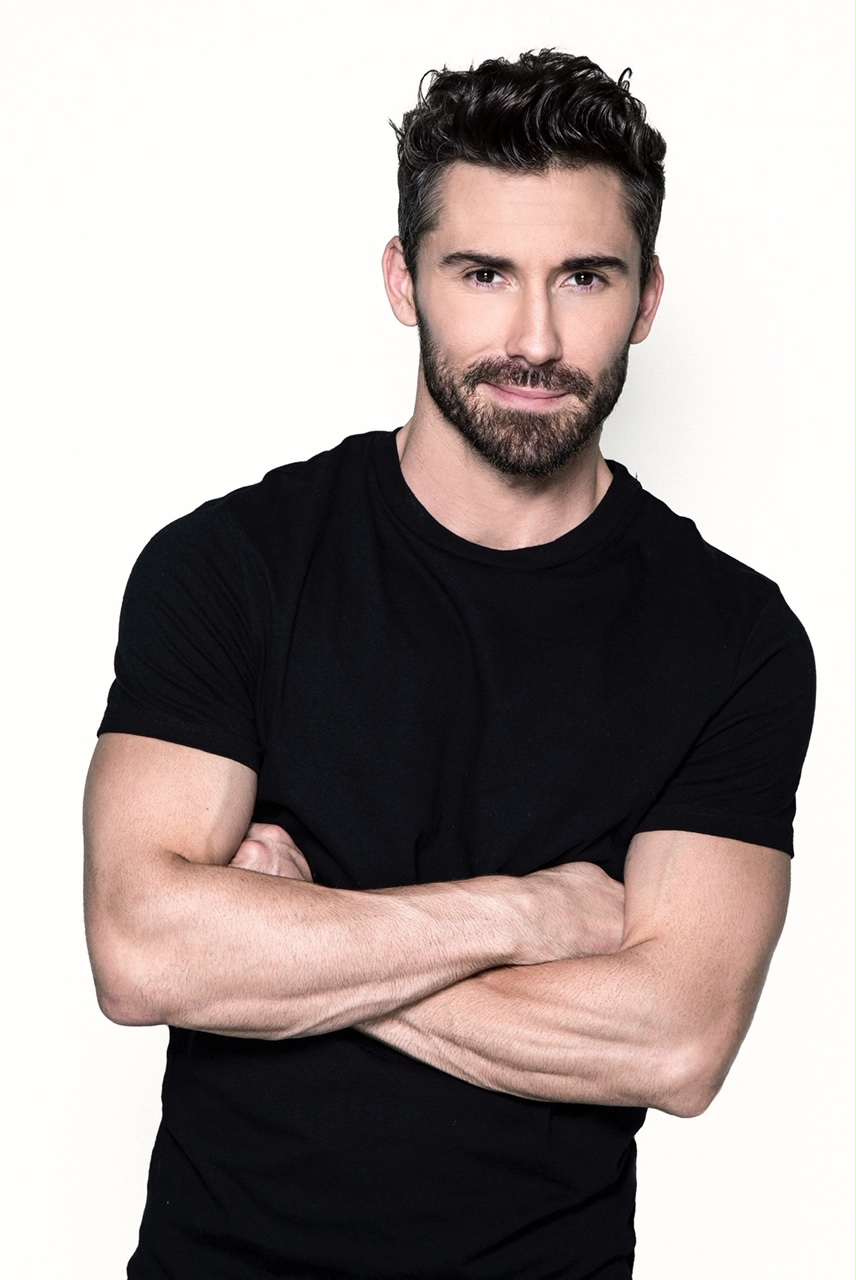 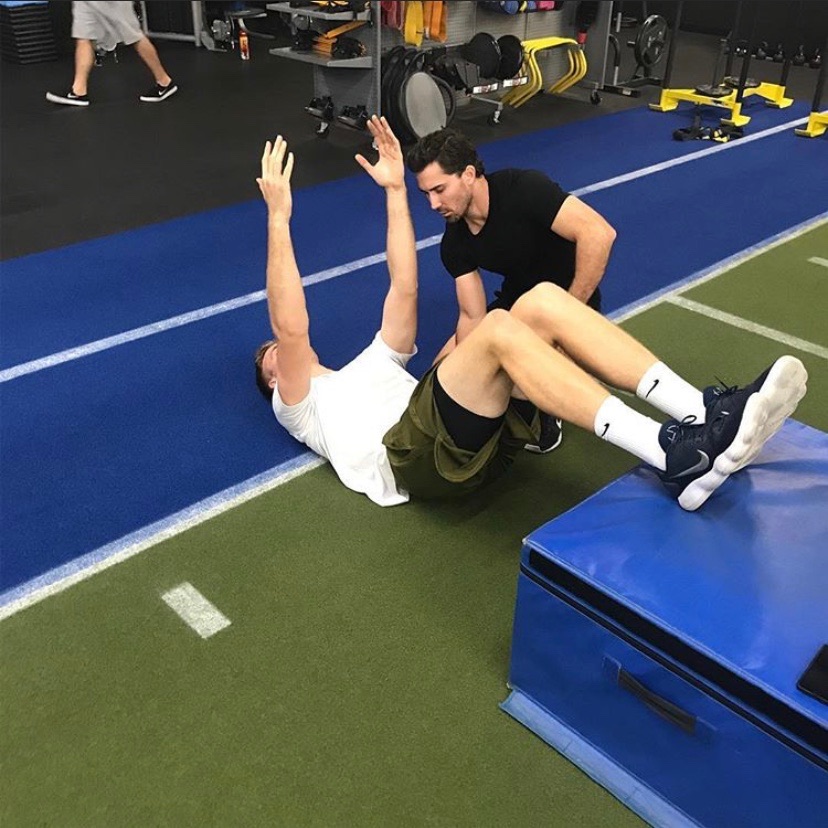 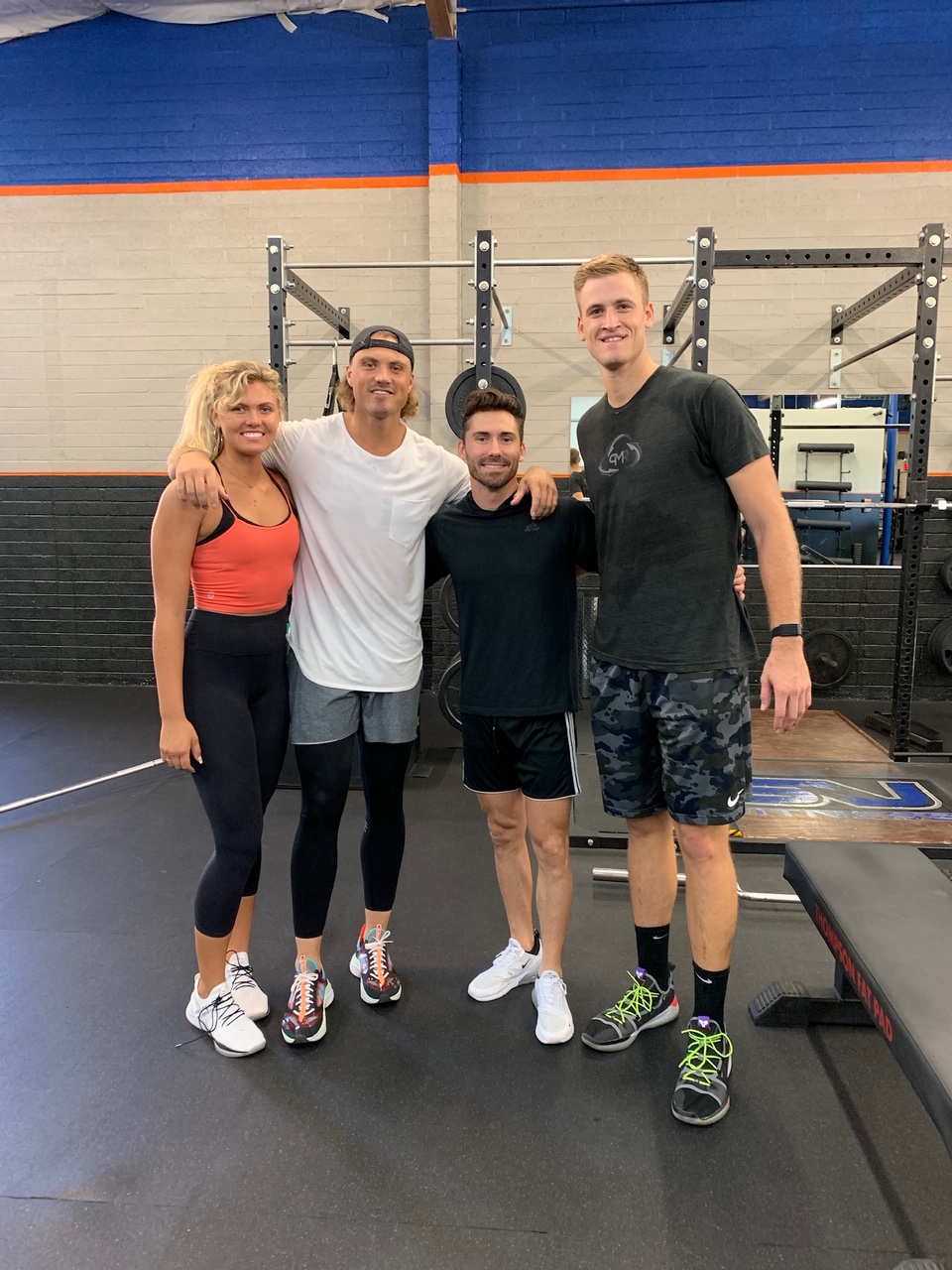 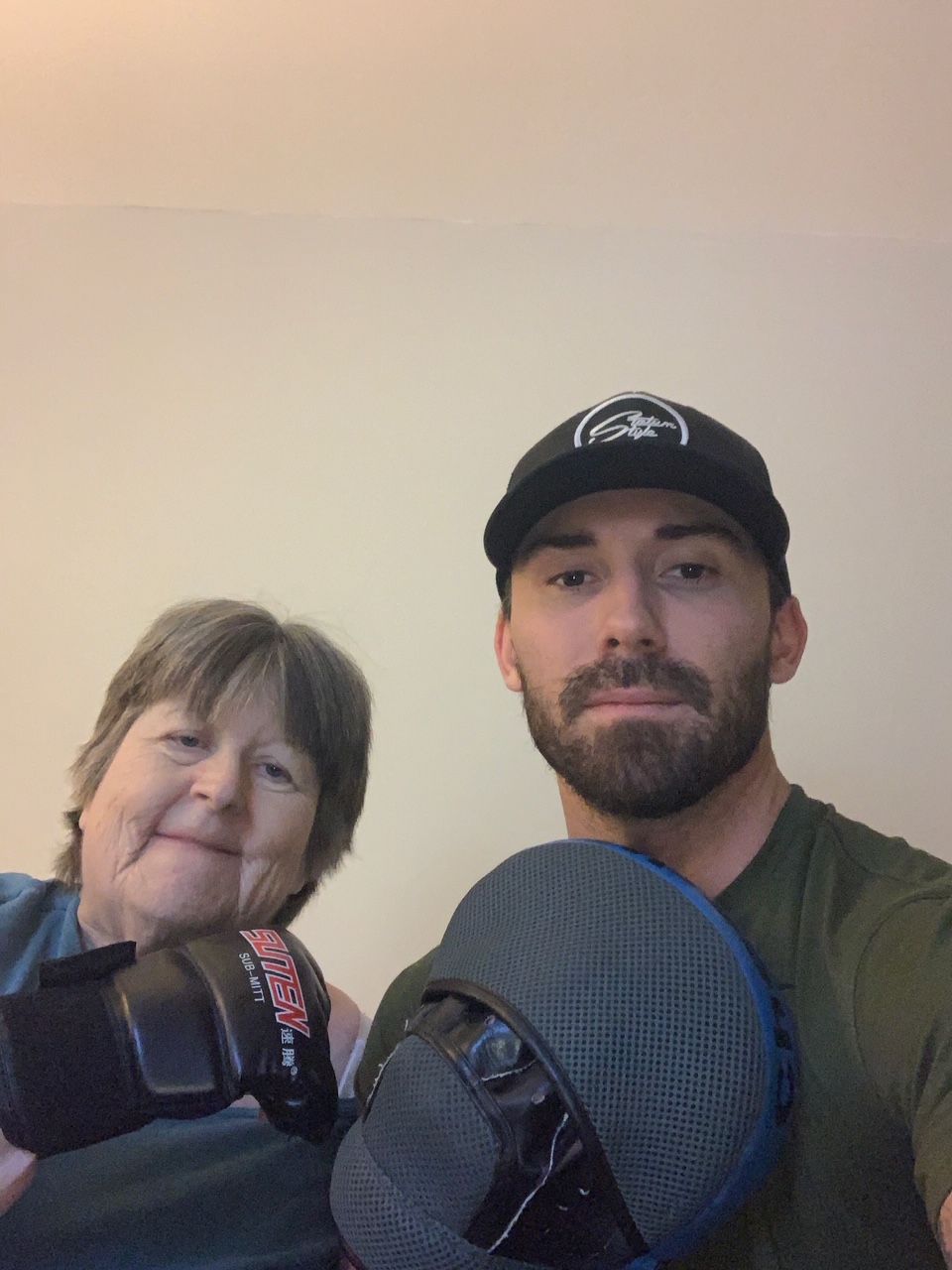 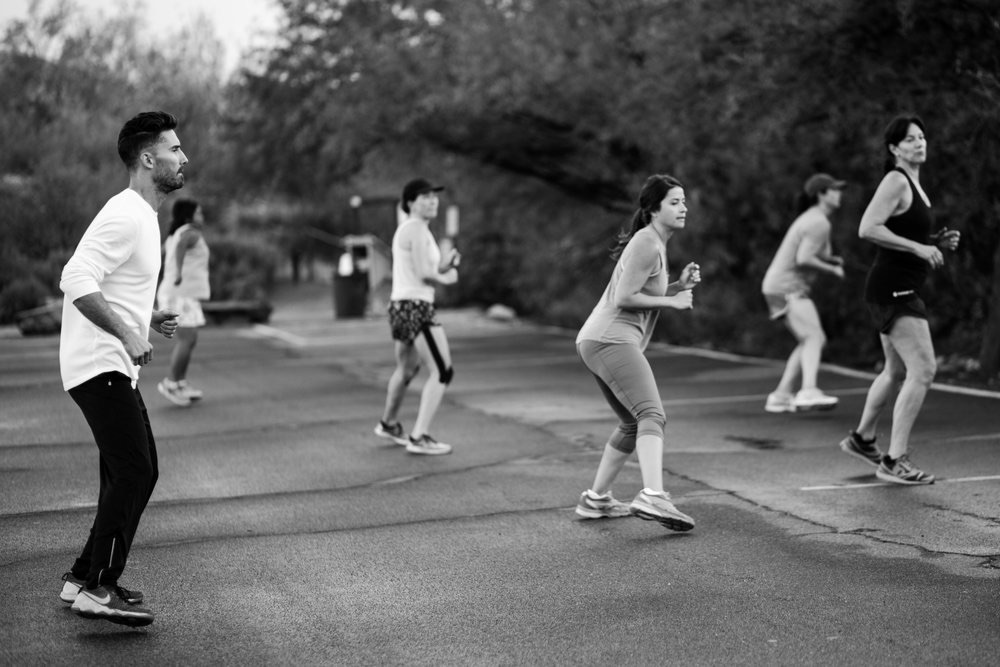