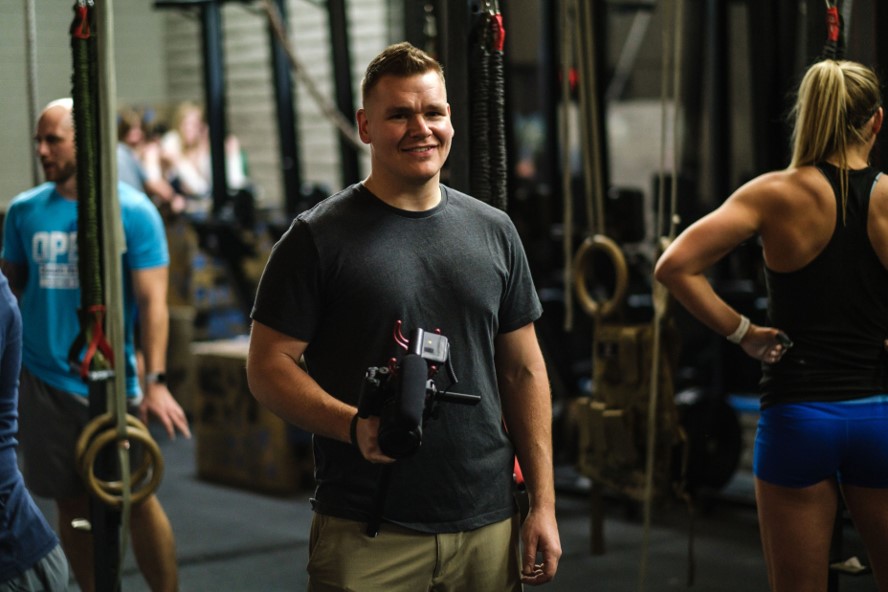 Today we’d like to introduce you to Justin Maxim.

I was now living in a house with five guys. Rent was cheap, but five guys in one house is a lot.  I’m not sure what happened but all my motivation took a dive.  I guess I just let life get in the way.  Even with cheap rent I was living paycheck to paycheck.  I was even donating plasma two times a week for extra money.  I did manage to get brought on to shoot high school football games for a company named APN Video. I played football most of my life.  To me high school football is the most pure the sport is at any level and I enjoy watching it. It wasn’t a ton of money, but it was more experience and got a camera in my hands.  I didn’t know what my next move was at this time.  The goal of getting a camera seemed so far out of reach. I didn’t set any goals like I had previously did. I was just focused on trying to make sure the bills were paid.  Right when I was least expecting it I got a phone call that would change the course of my path.

Things were starting to look up until December 2017.  I got back into pretty good shape.  At least I thought I was.  The training I was doing on top of the bar-backing was too much.  One day my body was wrecked and I let my ego get the best of me. Someone talked me into doing this brutal workout that was 60 minutes long. The movements in this workout were wall balls, toes to bar and deadlift.  I finished the workout but that came with a cost.  I figured it was nothing and the soreness would go away like it usually does.  Most of the soreness went away a few days later.  The only area the soreness stayed in was my lower back.  It was a challenge to even put shoes on at the time.  Somehow I had to go work a minimum 9 hour shift on my feet lifting awkward, heavy things.  I was in so much constant pain.  I took two months off of CrossFit to help heal. I had never had a serious injury before. It messed with me mentally. I couldn’t do what I loved to do physically. I didn’t have health insurance to get it checked out. About a month after the injury I started doing some functional bodybuilding Derz was offering.  My back was still hurting but It still helped out a lot and opened my eyes to things I was neglecting. This road to recovery was another thing added to my plate but I was eager to start over and rebuild my body from scratch.

It is now 2018 and where things start to change for me. Derz invited me to go to the CrossFit games with him and his co-host Jeff Thornton to shoot video for their podcast Feed Me Fuel Me. Jeff is another person that I met through Rush Club originally. He also trained at Phx as well. I would always run into him on occasion it seemed like.  At this point, I didn’t really know either of them well, and here I was about to spend a week with them in Madison Wisconsin. It was also the first time they would be doing a video for their show. Ironically at this time, I was given access to two solid mirrorless cameras with cinematic lenses.  It was a huge upgrade from what I used.  I was able to borrow them at any time all thanks to my friend M’jaie Mangus (MJ)!  I had edited a video for MJ a few months prior and she loved it.  Her and I got connected again because she needed help setting up her podcast and I knew how to do the technical side of things.  We became friends and one day she said if I ever needed to borrow her cameras I could.  I took advantage of that offer and took them to the CrossFit Games with me.

This was the first time I would be doing a multi-cam setup since I was at API. My plan was to just go with the flow and figure it out. I didn’t know how much I would learn from this trip. Not from just a video stand point but business as well. I flew with Derz to Chicago midway and then we drove to Wisconsin from there to meet up with Jeff. Derz and I had a conversation where he laid into me a little bit. We were talking about my goals with video and where I wanted to go. Being creative can be a struggle when it comes to business. We are also our own worst critics. I still had a negative mindset at the time I didn’t even realize. I thought my work wasn’t good enough even though people liked it. I felt like because these people didn’t do video production it wasn’t telling me if I was good or not. Subconsciously I was looking for validation from other video guys and Derz made it clear that wasn’t going to happen. I was getting in my own way. That convo stuck with me because I just didn’t realize any of that really. It was cool though because I needed conversations like that in my life. It reminded of my football days and having coaches.  I had coaches most of my life playing sports.  It had been a long time since I had been coached like that.  Matter of fact it was really the first coaching moment I have ever had with business or life.  It is one of those things I needed if I was going to level up any time soon.

There were many conversations while on this trip, but another one stuck out to me.  We are eating breakfast one morning and Jeff asked me a question regarding JMAX Media.  JMAX Media was a production company I had recently started. Jeff was asking me questions I couldn’t really answer.  He is so good at business and getting clear on what his business goals are.  It made me realize I never thought big enough when writing my goals down.  The whole weekend I was surrounded by well known people in the fitness space.  Being around a bunch of “successful” people was a new thing for me at the time.  One of the guest that week on the show was Logan Gelbrich.  He owns Deuce gym in Venice, California.  Logan was talking to Derz about something that I couldn’t stop thinking about.  He had said people give other people power.  This can happen when you’re at a seminar watching a speaker, meeting professional athlete or in the presence of a wealthy, successful business person.  I used to give power to people like this and in return I thought I wasn’t capable of being on these peoples level.  The truth is these people are no different than you and I.  That’s what is great about shooting this podcast as it grows. I get to learn first hand from the guests on the show not only live but as I edit as well.  I learned quickly the people who are or seem successful are also figuring shit out as they go!  This was another moment that created a mental shift I needed to finally get out of my way.
Derz is always connecting people together.  A few months after the games Derz had been trying to get me connected with another member of the gym who also does video as a side hustle.  His name is Kelala Poumpey.  Video, like many other things, takes a lot of work.  A one man crew can only get you so far.  Kelala and I finally met up one day just so Derz would shut up! (just kidding) After meeting up we decided that our different skill sets compliment each other well and that we should combine our talents.  So we did.  I teamed with Kelala under VaporSwift Media.  We do anything from personal branding, real estate, podcast, vlogs, drone or video marketing. Whatever video someone needs done for their business, we got you covered.
Today is April 5th 2019.  As I sit here and write all this my mind is blown away a little bit.  It is humbling reflecting back from when I moved to Phoenix and everything that has happened since.  It never really occurred to me how much work I actually put in.  I pretty much did around 3 years of free video work.  I have way more confidence in my skills now. This is my last month bartending Rustlers Rooste before I transition to video production full time.  My mindset is just completely different.  I have an amazing relationship with money.  I treat it as an endless flow of energy that always comes to me.  Being around “successful” people has become a norm.  My back issues have damn near went away since I started rebuilding my body.  I have the lowest body fat percentage I’ve probably ever had.  I’ve upgraded the camera again and also have some new wheels! I think mentally everything finally started to click.  The business side of me is still growing.  I definitely have a lot to learn still.  Luckily I have people in my life like Derz and Jeff who help me in that area.  Thank you guys!  I am so deeply grateful for everyone who I mentioned in my story.  Each one of them has played an important role in me getting to where I am today.  These roles will always be the foundation for my future success.  You know what the craziest thing is?  This is only the beginning.
Has it been a smooth road?
Not at all! I’ll take the blame for that though.  The road would have been smooth if I didn’t cover it with my own potholes. Everything for me was mental.  I had the knowledge the whole time from all the personal development I’ve done.  The problem was actually using that knowledge and taking action.  You can read all the books, watch all the videos, or listen to all the podcast you want but if you don’t apply it then it is useless.
We’d love to hear more about your business.
I recently teamed up with Kelala Poumpey and we own VaporSwift Media. Both of us felt like we could do some big things. We both have different skill sets that compliment each other. Our mission is to create media content for brands to help them tell their story, grow their audience, and deliver the best representation of their brand.  We have done a lot of different kinds of work from real estate to personal brands, vlogs, podcasts and more!  I am excited to see what we will create for businesses here in the valley.
What have been some of the most important lessons you’ve learned over the course of your career?
Where do I start! I spent a lot of time in the beginning thinking I needed the best camera possible for my first camera. My camera was on the cheaper side but it took me a while to pull the trigger on it.  Buying used is not a bad thing either.  Camera equipment is not cheap.  Another important lesson is to let go of perfection.  This is key in this field because perfection doesn’t exist.  It will hold you back big time!  Lastly there is no competition.  Everyone can have a piece of the pie. 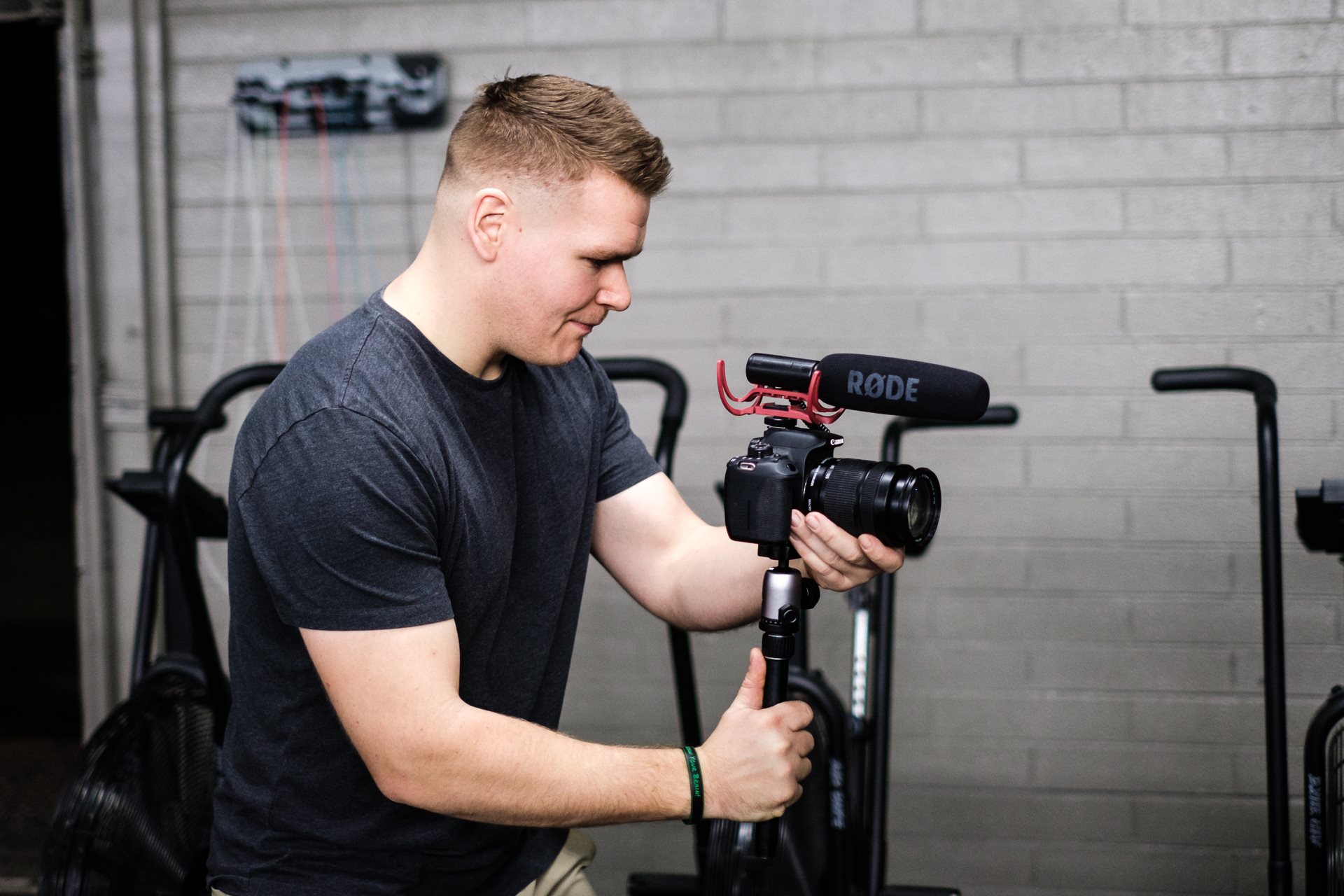 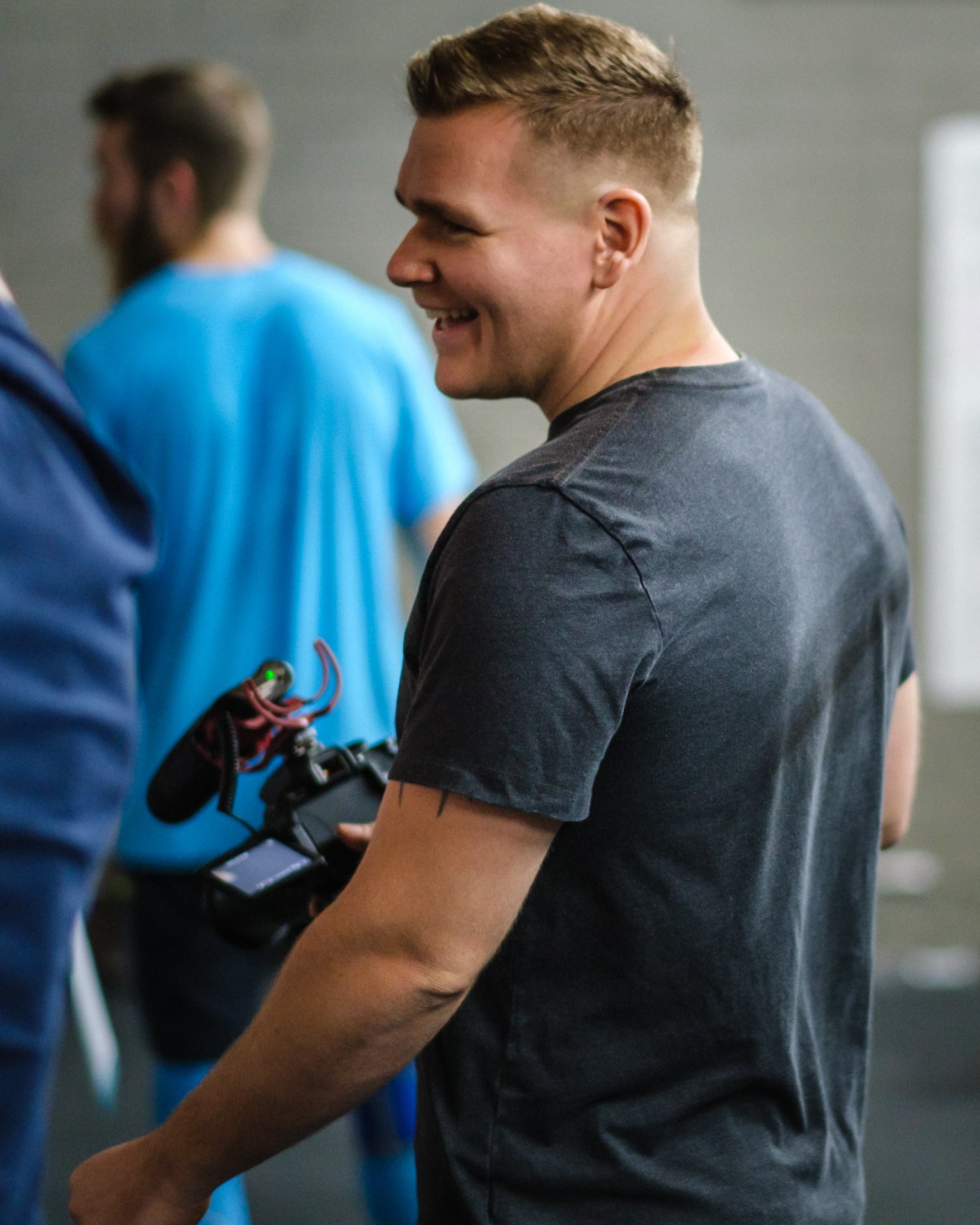 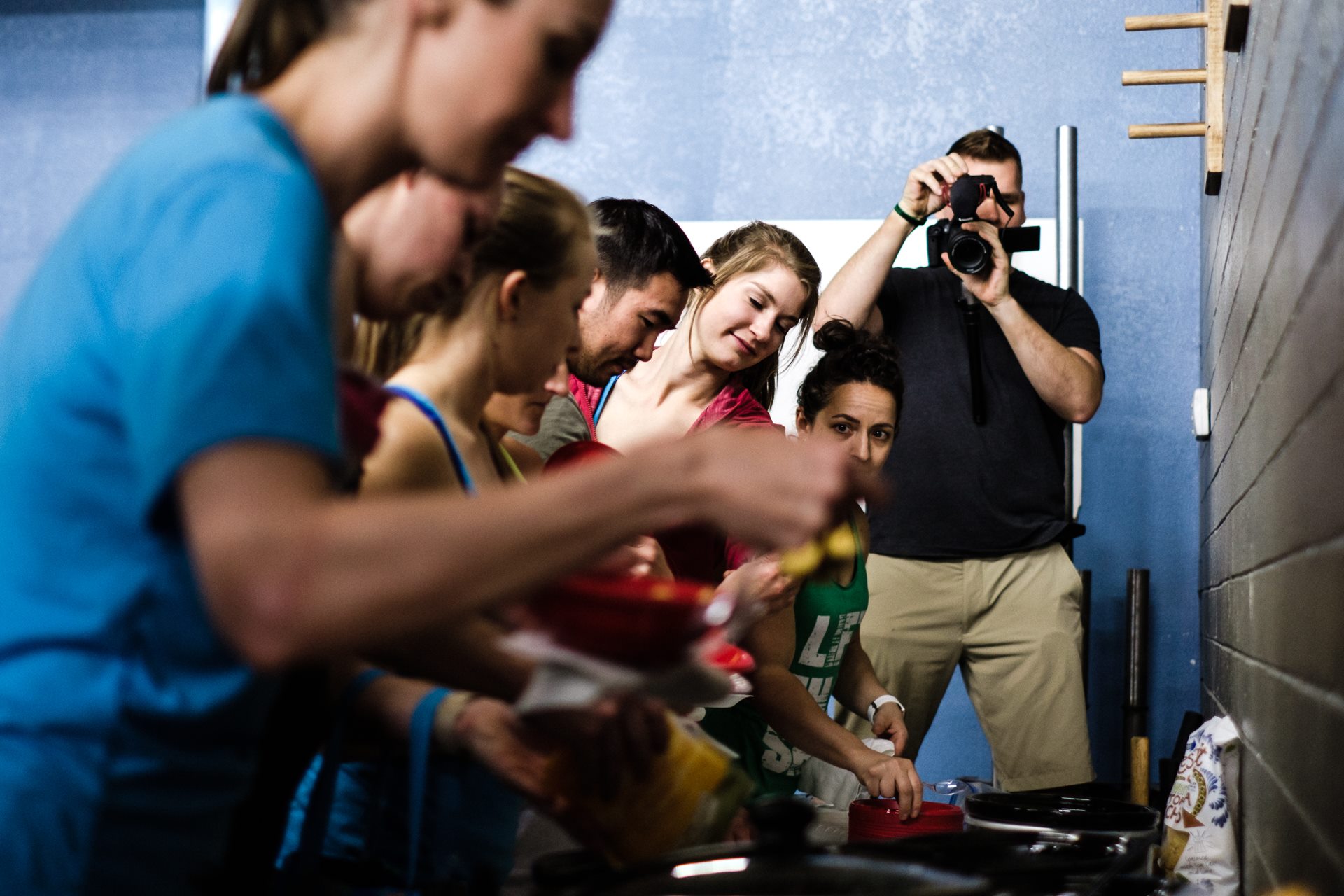 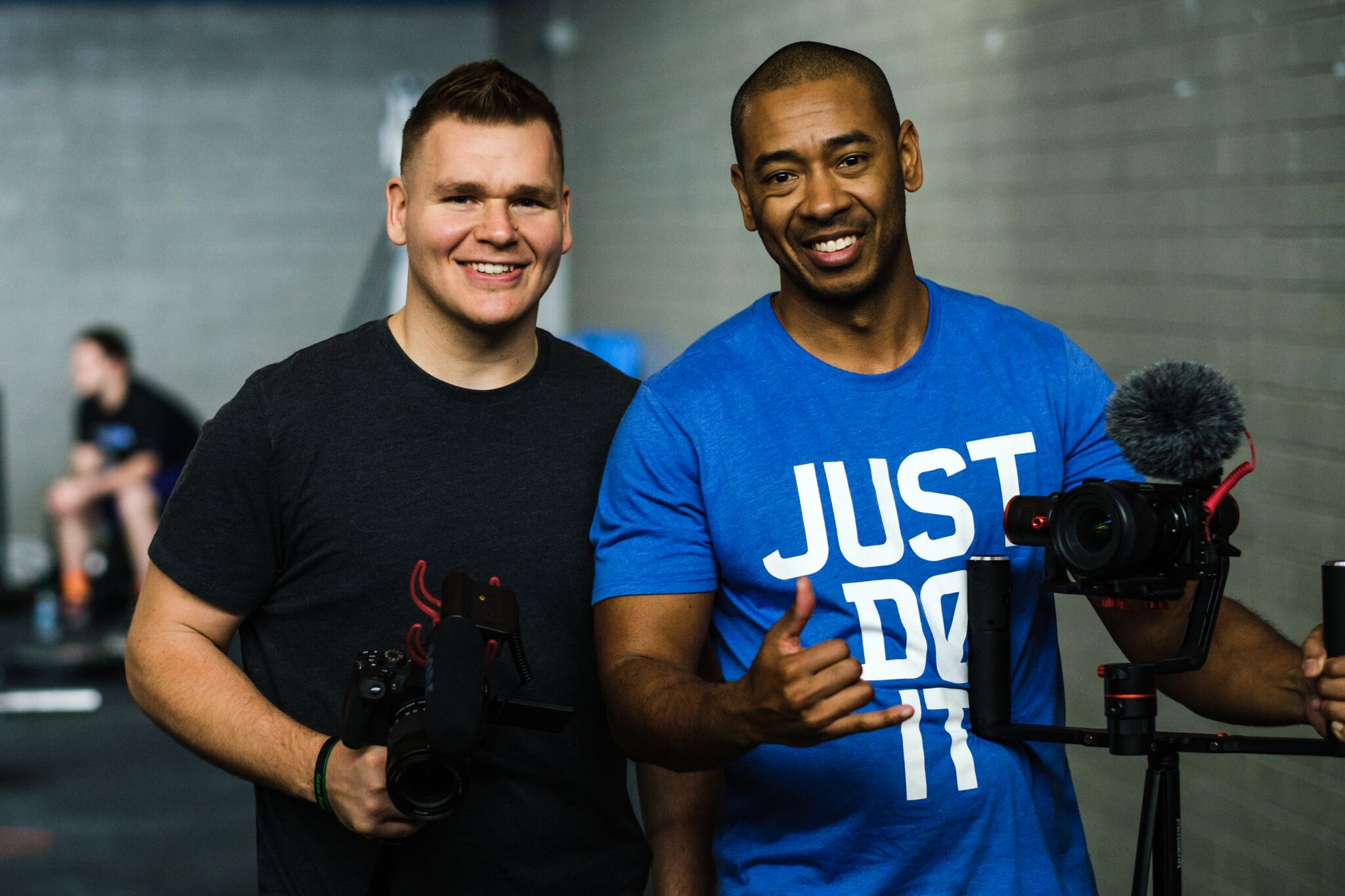 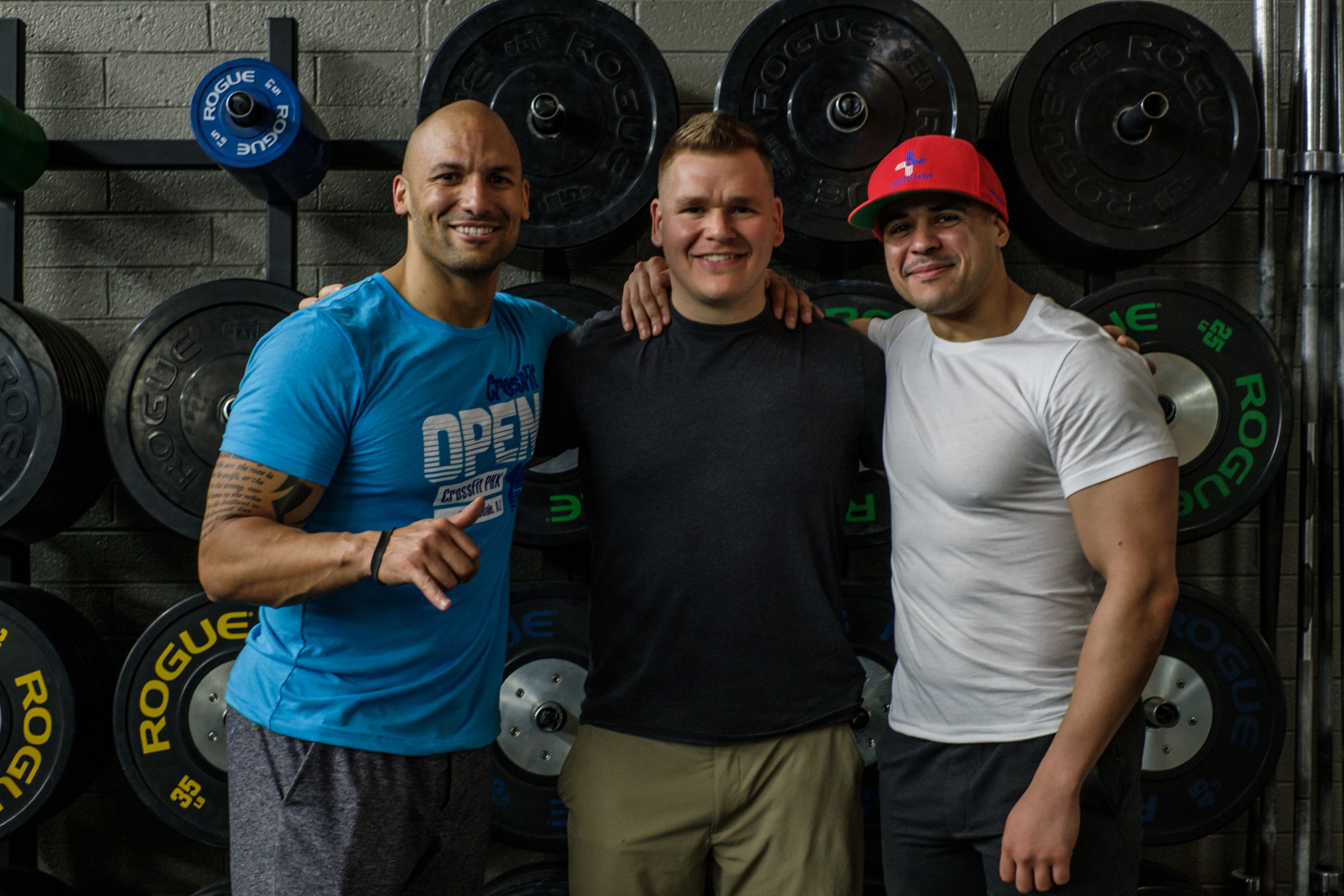 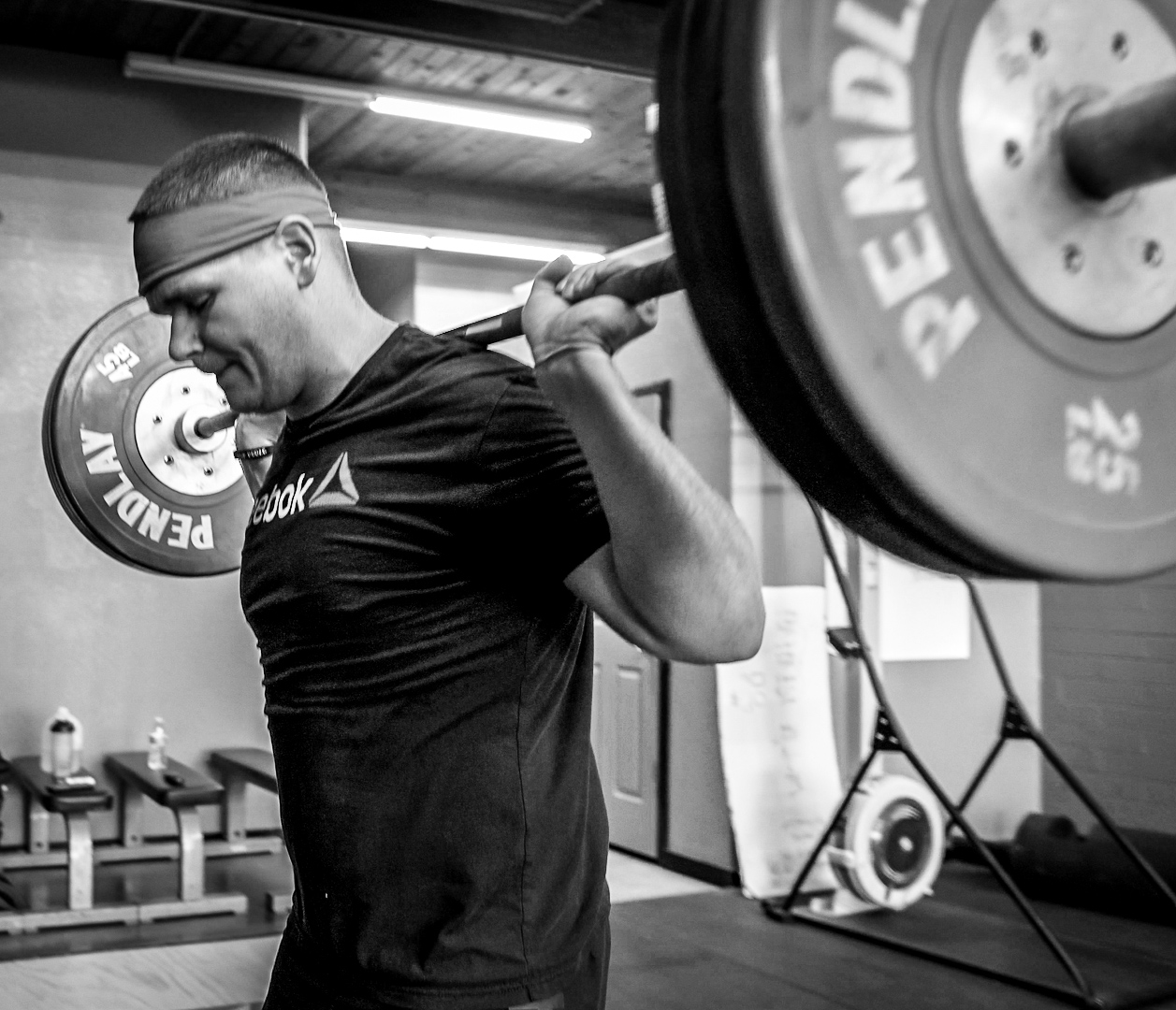