Meet Justin Campbell of A Wish Remembered in Scottsdale 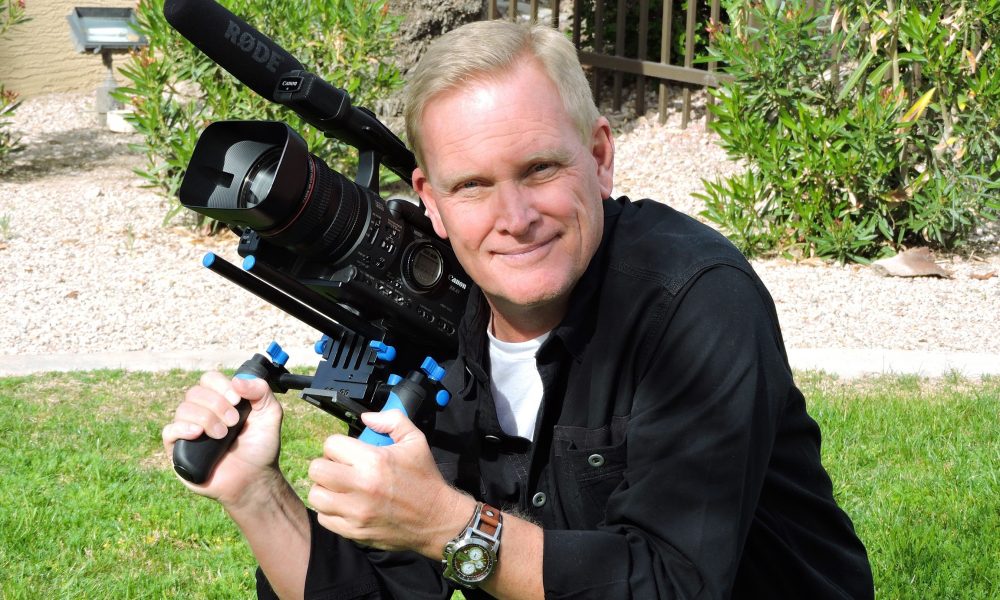 Today we’d like to introduce you to Justin Campbell.

Justin, can you briefly walk us through your story – how you started and how you got to where you are today.
Starting back in 2006, while driving past the Make a Wish Foundation’s office in Murray Utah, I felt a strong voice in my head tell me that I needed to go in and contact them. I did, and as they say…”My journey began”. Before I knew it, and after a short conversation on any gifts or talents I could bring to them, it was decided that with a video production background (Strictly as a hobby then), they had agreed that documenting a wish for the child as well as the parents would be something worthy of documenting and “giving back”. So, before I knew it, November 2006 I found myself filming what would become many wishes. My 1st… was a little guy named Ryker. Eight years old and you’d never he had a brain tumor, but just four short months after putting together his “BEST DAY EVER” video, he passed away.

Today, he’s my inspiration to continue to push forward and do as many “wishes” as I can. Ryker’s mother told me later that the video I gave her of her son’s BEST DAY, was now worth its weight in gold and that for the first time since his diagnosis, she or her husband didn’t have to be behind the camera. So after that I knew I had to continue with what I felt God had put in my heart to do. So now after a busy 16-year law enforcement career, I’m wanting to do this on a full-time basis instead of part-time when my job and time would allow. I ended up moving down here to Phoenix in 2008 and have worked on wishes here as well. I’m currently wanting to work in state as well as out of state doing these awesome videos.

Being here in Phoenix has given me the opportunity to not only meet with, but also work alongside an awesome and wonderful lady named Kimberly Iverson. For those of you who don’t know, she’s a full-time nurse and founder of the Bucket List Foundation based right here in Phoenix. Basically, she and her Foundation do what Make A Wish does, but for seniors. So most days when I wake up I know I’m truly blessed to be able to document the wishes of both young and old.

So how does this all work? When a “Wish Grantor” from the Make A Wish Foundation contacts me that they have a wish that the child or parents want documented, or Kimberly form the Bucket List Foundation contacts me, I gather as much information about the child or senior as I can, the date and location of the wish, then start planning the day with all equipment needs and or anything else that needs done. Then it’s off to shoot the entire day. Most days require about 8-10 hours of filming, then we move into editing. 8-10 hours over approximately 2 weeks slowly turns into an hour to an hour and 30 minutes with a finished video of the day. Once that’s done I move into the DVD sleeve production that includes a gorgeous DVD, a beautiful 5 x 7″ picture of the child or senior that fits just on the inside. Once it’s all completed and ready for handing over to the family, I contact the Foundation involved and we try to set up some sort of presentation ceremony. I think this is such an awesome thing because it not only benefits the Foundations by adding to the wish granted…thus giving them a boost if you will, but also me in that I’m able to “Give back” something that is a tangible remembrance of their son or daughter’s BEST DAY EVER!!!

If I could do these awesome videos for free, I totally would. So to help offset the cost of time, equipment, and expense of one of these wishes, there is no cost involved to the parents or seniors. I do accept donations on my website, however, that help because most if not all, can’t actually hire out for a professional videographer at approximately $3,000.00-$4,000.00. They just don’t have it. So I see it as my way of giving something that the family can enjoy for a lifetime. And sometimes, just knowing what I’ve given back…is all the reward I need. It’s been a long road to get here where I am today…but I simply can’t stop. I love working with kids and families and believe that not only was I blessed from the beginning, but now as a cancer patient myself…I feel I have just that much more understanding of what a parent or child would want to be able to see in the future.

Overall, has it been relatively smooth? If not, what were some of the struggles along the way?
Struggles along the way? Hmmm, been many. Mostly funding and trying to get the word out. I’ve been advised that becoming a non-profit is not the way to go…so I haven’t. I truly believe that most everyone loves what I do…but most just seem unable to really want to get behind this and contribute. I think my BEST customers would be those of past, present, and future wishes. They in my honest opinion are the most understanding and appreciative of what I do and would also be best at understanding the value of what it means to have one of these gifts of time… So if I had to pick something that gives me trouble or a “challenge”…it would be getting people to donate.

I’m currently trying to seek out a sponsorship from a could of billionaires here in the Phoenix area but am really having a pretty hard time getting my name and organization in front of them. One being Mr. Bob Parsons of (GoDaddy fame), and the other a Mr. Bruce Halle, (founder of Discount tires) who both live and work here in Scottsdale. I’ve tried contacting local newspapers here and most all have turned me down on doing any sort of human interest piece saying they’re just not interested at this time. So when I saw that you guys had reached out to me…I about flipped with excitement.

Please tell us about A Wish Remembered.
Here at A Wish Remembered, I’m a “One-man-band” so to speak. In short, as a professional videographer, I document the granted wishes of terminally ill children and or seniors. Through the power of film, I’m able to give back a precious moment in time that will last forever. And as a one-man-band, I do it all…set up meetings, scout locations when I can, film, edit, then present. Probably the most thing I’m proud of is what I do. I used to think being a deputy sheriff was pretty cool in the way of giving back to the community but, nothing can compare to the joy I feel in handing over to a parent, their child’s wish-day knowing they will have the opportunity to view it forever. Currently to my knowledge, no one else does what I do for both young and old…and that’s what sets us apart.

If you had to go back in time and start over, would you have done anything differently?
Starting over? Probably would have asked God to give me this passion sooner. But also, a lot of trying to get just all the right equipment to be able to film and edit.