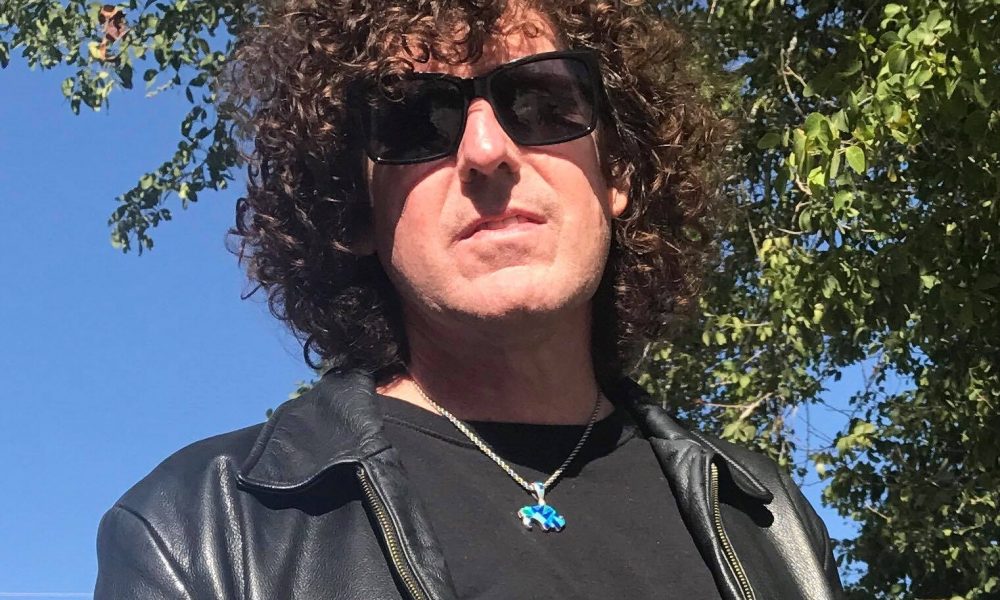 Today we’d like to introduce you to Johnny Black.

Ash Black is both a band and a recording artist, but he’s a lot more than his name suggests.

Ahwatukee musician John Wolanin trained in classical piano at the Cleveland Institute of Music, who holds a bachelor’s degree in English/history and earned a law degree – both from Ohio’s Case Western Reserve University. He uses Ash Black as his performing moniker and also gave that name to his band, presently comprising studio musicians for his recordings.

Wolanin, a rhythm guitarist, prefers to use his music name when playing rock ’n’ roll.

“My nom de plume is Johnny Black,” he said. “It works better in the music arena.”

Of late, the 13-year Ahwatukee resident has set his goal of creating music – particularly hard rock.

His newest CD, “Would You Want to Know Me If You Got to Know Me,” which has not yet been publicly distributed, has received airplay on New York City and Phoenix radio stations.

“When they hear my CD or when I play live, people won’t get screaming guitar, but it’s definitely hard rock.” smiled the curly brown-haired musician.

“I’d say my original work is postmodern rock,” he said. “There’s a lot of elements of classic rock. Think of it as a hybrid of Led Zeppelin with the Band of Skulls.”

His single release from the album, “Day of Love,” is being played locally on KXEG-FM following his premiere interview and live play on a New York City station.

“I was in New York City and was interviewed on the radio and the song took off. It was a boost to see it so well received, and that was how the local DJ Daniel C. Kopf got involved,” he said.

Daniel Lionheart – the DJ’s radio name – said, “Johnny Black has more knowledge of indie and underground alternative rock than anyone I know.”

“And despite being aware of technical details like songwriting formulas, he knows when to artfully ignore the rules in favor of making great music,” said Kopf, owner of Emerald Sea Radio, adding:

“Unlike some other alternative rockers who sidestep formulas and rules, Johnny Black delivers music that draws you in and makes you want to hear the music again and again. Ash Black is not pop. It is art that’s more memorable than pop.”

Kopf also lauds Wolanin for supporting and promoting others in the local and interdependent music scene.

“Most independent musicians seem to be oblivious to the importance of supporting each other and promoting radio personalities that play their music,” said Kopf, co-host of KXEG’s “Cross Cultures Underground.”

“We don’t live in a world where multi-billion-dollar corporations put us on tour, spend millions publicizing our bands and bribe radio stations to play our music,” Kopf added. “Independent artists live in an authentic world of blood, sweat, tears and hard work. But we have each other. We can support and promote each other. John understands that, and he does that.”

Ash Black is seriously pursuing his rock ’n’ roll career goals, but as many fledgling and experienced musicians know, day jobs are to be treasured until the hits start stacking up.

“I make the bulk of my income from placement with music libraries and music supervisors for all sorts of media from ads, shows, radio bumpers and small-time movies.  Streams and downloads comprise a small portion of it,” he said.

He noted that though recent studies show that for the first time, R&B/hip-hop is the dominant music genre, rock ’n’ roll continues to thrive due to a certain age niche.

“Hip-hop/R&B simply reflects a youth demographic as it always has, however, middle-aged adults will spend proportionally more per person. Kids rip and grip,” said the Cleveland-born Wolanin.

“Nevertheless, there are more kids than adults seeking music,” he added.

“The exact release date is forthcoming on Alley’s Pad Records pending distribution finalization for iTunes, Amazon and approximately 100 other online and physical music sellers,” he explained.

He also plans to tour upon release of the album. That step requires a tight and consistent band.

“I’ve decided to have regular musicians join me, and am presently actively looking for personnel – a drummer, bass player and lead guitarist,” said

The first-generation son of Polish immigrants, Wolanin grew up in a music-loving household.

“Dad loved Gene Krupa, and my mom loved and started me on Chopin,” he said.

Both encouraged his musical talents.

“I really started on piano around age 5, but it took off from there,” he said. “At 8 years of age, I was given a scholarship to the Cleveland Institute of Music. I never took a guitar lesson in my life, but at age 12, my parents bought me a guitar that I named ‘Blondie.’ I still have it around,” he said wistfully. “You can rock anything if you know what you’re doing.”

While at the Cleveland Institute of Music, Wolanin was immersed in music theory, performance, composition and production – all of which he uses in creating his rock songs.

He said he was also heavily influenced by The Cult.

Music and law also melded for a time as Wolanin represented other bands like Second Skin, an American gothic band formed in 1991 and rumored to be readying a 2018 tour.

“I was doing music throughout all my education and career,” said the musician/attorney. “In my own music, I retain artistic control.”

Ask his age and he merely smiles.

“I never give my age,” he said. “They say rock ’n’ roll is a young man’s game, but I don’t really believe it with guys like Keith Richards still running around.”

Rock isn’t the only music genre Wolanin has been successful with.

In 1999, he signed his first record deal for a full-length release in techno/electronica/trancee and dance music with his album “The Life of Phoenix.

His nom de plume in that artistic period was “Transonic Johnny.”

On January 22nd, his single debuted on local radio. More of his music can be heard on ReverbNation/AshBlack.