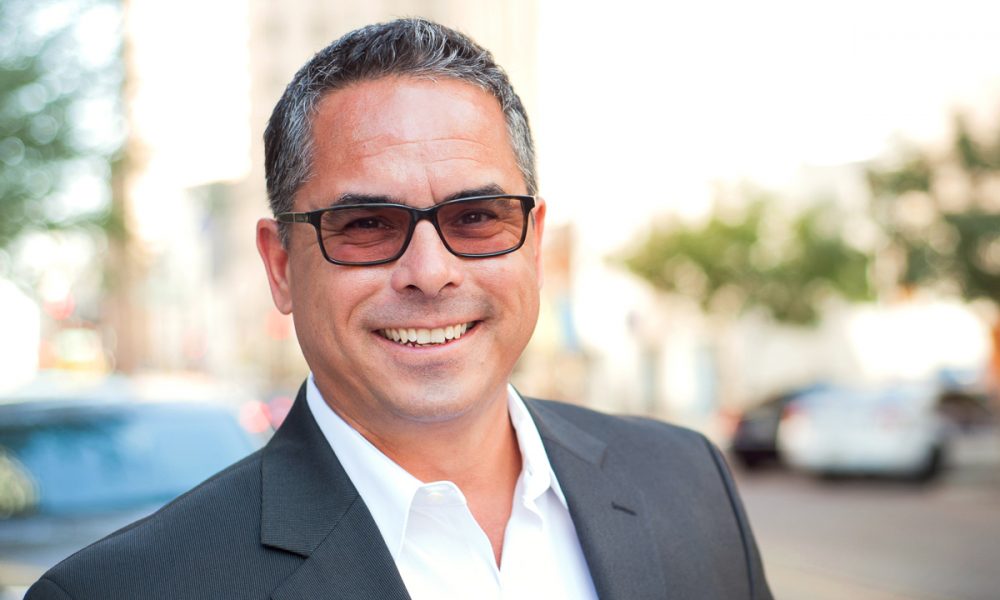 Today we’d like to introduce you to John Hernandez.

On Advertising was first formed as NPR Public Relations in 1993 by Ron Meritt and serviced only 501 (c) (3) and 501 (c) (6) companies. In 2002, John Hernandez became an equal partner and the name was changed to PRfect Media. The company started in a single bedroom in Ron’s house and three years later, hired two new employees and moved into a 1,000 square foot office. In 2013, we re-branded ourselves and became On Advertising, Inc. A year later we moved into a new office on the 20th floor of a high rise in Downtown Phoenix with 10 employees. Today, we occupy more than 8,000 sf on two floors, have added a third partner (3 equal shares) and have 17 employees.

Great, so let’s dig a little deeper into the story – has it been an easy path overall and if not, what were the challenges you’ve had to overcome?
There is no such thing as a smooth road in a small business. We had to learn how to be partners beyond friends while at the same time learning how to grow a business from scratch. There were arguments, discussions, settlements and agreements. However, we were determined to never let ego be larger than the company. The company always came first and all decisions were made with that in mind. We experience extremely fast growth over three years after we moved into our first office and then the recession hit. Fortunately, we had been given tools to work with by a local business that sponsored small business education for companies like ours. We learned how to set up several income streams, forecast income and expenses and hire at the proper times. That knowledge allowed us to stay trim, yet active through the recession and when the economy emerged, so did we! However, with all the tools that we used to get us through those hard times, the one skill that proved most effective was the dedication we had as partners, friend and co-owners who made sure that we didn’t let ourselves get bigger than the business. Putting the business first has always been the key to our success.

We’d love to hear more about your work.
Advertising is a collaboration of supremely talented people who have the passion, drive, skills and cooperative abilities to create great content and execute unique strategies. We have 16 service areas that we do completely in-house. We are known for our creative content, but also being great communicators, and exceeding our clients’ expectations of their ROI. We set our people up for success with great benefits that include ongoing professional training. We work with their desired career track and set them up with a curriculum that we allow them to access during business hours so they can become the best they can professionally and personally. Culture is huge at On Advertising! A lot of creative firms have a lot of the same things: games, snacks beer. We have all that as well, but we also create an environment of togetherness. No one should struggle to make a client happy everyone has a team behind them at all times!

What moment in your career do you look back most fondly on?
There can be no single moment over 18 years in business. I was a successful television producer for 15 years and Ron had a successful run as a television meteorologist for 25 years, so we understood how not to treat people. We implement those things we learned on how to treat people the employees, clients, vendors, and everyone we encounter. Our philosophy is that the person you are talking to at the moment is very important because they are taking the time to talk to you, and they also know a lot of people you don’t know.