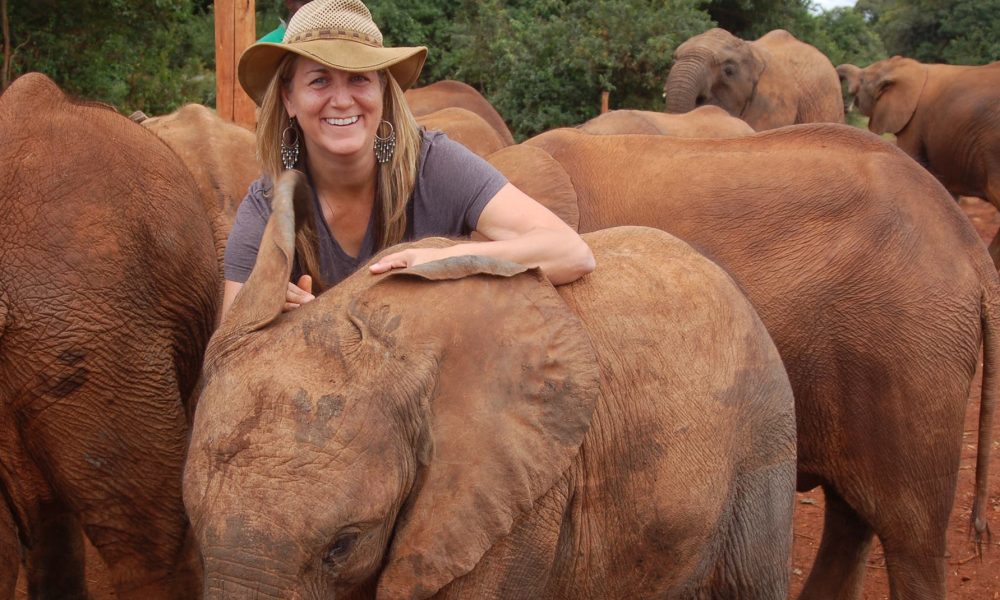 Today we’d like to introduce you to J’Lein Liese.

J’Lein, please share your story with us. How did you get to where you are today?
When people ask me how I started working in the area of conflict intervention, I often joke and say that I had no choice – have you seen my name?! My mother was in the Peace Corps, my father was a green beret and they both take credit for making up my name. It was the late 60’s so I guess I should be happy it wasn’t moonflower. But who makes up a name for their child, puts an apostrophe in it and then pronounce it opposite of how it is spelled? (For the record, it is pronounced J Lane – like Elaine with a J).

On a more serious note, I left home when I was 13. I rode horses (hunters/jumpers) and wanted to ride professionally. I moved from Scottsdale, AZ to Nogales, AZ and lived with my trainer on her ranch on the border of Mexico.

Moving from Scottsdale to Nogales was a huge transition. I went from being one of the majority to being a minority and was only among a handful of white students at Nogales High School.

Living in Nogales exposed me to many things at an early age. My trainer’s ranch was the border, and each day border patrol would come into the ranch with their suburban’s and leave filled with people who were trying to come into the US illegally. I would go out riding on the ranch with a pack of pit bulls and come across people hiding in bushes or one time heard shots being fired when I got too close to a drug deal going down. Nogales was known back then as a produce town, but I learned early on that “produce” was broader in scope then just lettuce!

Yet, living in Nogales also exposed me to the Mexican culture. With an important value placed on family and friends, I was immediately embraced and my Mexican friends made sure I felt accepted. They went out of their way to make sure I didn’t feel homesick.

But I was in Nogales to ride horses. It was the 80’s, and when I would go on the road to compete, I was struck by the racism I witnessed toward the people who made me part of their family. For instance, if you were white or black and groomed horses, you were called a groom. But if you were Mexican, you were labeled “Mexican” and trainers treated Mexicans with a proprietary air. I would hear things like, “I will send my Mexican to help you” etc…

I began feeling deeply conflicted. On one hand, I wanted to ride horses and pursue my dream and on the other hand, I was developing an anger toward the racism I was seeing against the people I had grown to care about and accepted me without question.

For many reasons, I moved back home after a year in Nogales but the experience stayed with me. When I was 17 and graduating from high school, my trainer told me I had to make a choice: I could either dedicate my life to horses or go to college but I couldn’t do both.

While I wanted to pursue by equestrian dream, I also had a burning desire to fight for social justice and do my part to eradicate racism and prejudice. One morning, I woke up with a spontaneous pneumothorax. My lung had collapsed for no reason. I went to the doctor and the X-ray showed it was re-inflating by itself but I couldn’t ride for 6 weeks. The time off gave me the space I needed to decide what was really important to me and I decided to quit riding horses, go to college and be an advocate for social justice.

I enrolled at Arizona State University and in the first semester of my freshman year, I convinced the administration to give me a $30,000 grant to start a race relations program for students and staff. It was 1988 and we called it Leadership 2000.

The program was very successful and gained some national attention. Long story short, by the time I graduated at 21 years old, I had a consulting business in place and was being invited to work in countries experiencing deep conflict such as South Africa and the Democratic Republic of Congo. I went on to receive my Masters in cross-cultural counseling and psychology and my Ph.D. in community psychology. Over the years, I have developed a number of proven tools to help people resolve deep-rooted conflict and successfully engage in difficult, emotionally-charged situations.

I often joke with my law enforcement clients that I know the tools work because I am still alive! Until I had my son 13 years ago, if there wasn’t a high probability of getting shot, I didn’t have a job!

Today, I work with a range of clients in the United States, Europe, Africa and the Middle East to help them develop a culture of productive conversations including large government agencies and global companies. It is my belief that our conversations either break us or build us and I want everyone to have the tools to stay in relationship even when the topic is difficult and consensus seems out of reach.

We’re always bombarded by how great it is to pursue your passion, etc – but we’ve spoken with enough people to know that it’s not always easy. Overall, would you say things have been easy for you?
I have been very blessed in that I have never felt I had a job but a life of mission and purpose. In that regard, I have had several transitions in my career. When I first graduated from college, I worked in areas of the world experiencing deep conflict. But when I had my son in 2004, I realized that I obviously didn’t want to take him into dangerous places, but I still wanted to help our world so I stopped consulting and started a learning journey company called the Foundation for Global Leadership.

For 7 years, I took business leaders and philanthropists to developing and transitional countries to go “behind-the-scenes” and meet social entrepreneurs who were using a business model to solve social issues. Amazing partnerships occurred from these trips from the building of obstetric fistula hospitals to launching the first woman-owned tour company in Uganda. I actually couldn’t keep up with the outcomes as my focus was on facilitating the relationships. But I quickly learned that once a relationship was in place, the extraordinary occurs!

By the time my son was 7, he had been to over 35 countries with me. It has set a foundation that will be a part of him forever.

However, I started missing training and consulting and so 3 years ago I started Equanimity Leadership Solutions with my partner Pedro Langre and we are now based in both Phoenix, AZ and Mexico City, Mexico.

So, as you know, we’re impressed with Equanimity Leadership Solutions – tell our readers more, for example what you’re most proud of as a company and what sets you apart from others.
We are a training and consulting company specializing in helping our clients develop a culture of productive conversations. Our signature program is called Lead with Conversations® and is based on the principle that leadership is about relationships and the conversation IS the relationship.

I think what sets us apart is the simplicity of our tools. There is no reason for a person to get emotionally-hijacked in a conversation and react in ways they later regret. Our tools range from helping people to successfully de-escalate conflict in the moment to leading critical conversations with their teams.

We base our success on our clients being able to apply the tools immediately (often they report using them at home with spouses and children the first night after the training!).

So, what’s next? Any big plans?
This year I am focused on writing the Lead with Conversations® book. It is nearly finished and I hope to have it written and edited by the end of the year.

In addition, I want to work deeper with my clients on an individual basis, especially supporting leaders through their “what’s next” whether it is personal or professional. In this regard, I have teamed up with Deborah Bateman and we are offering a limited number of Wisdom Quests starting in 2019 for leaders to join us for a week in extraordinary locales such as the wine country of Portugal, Chile, or on safari in Africa. 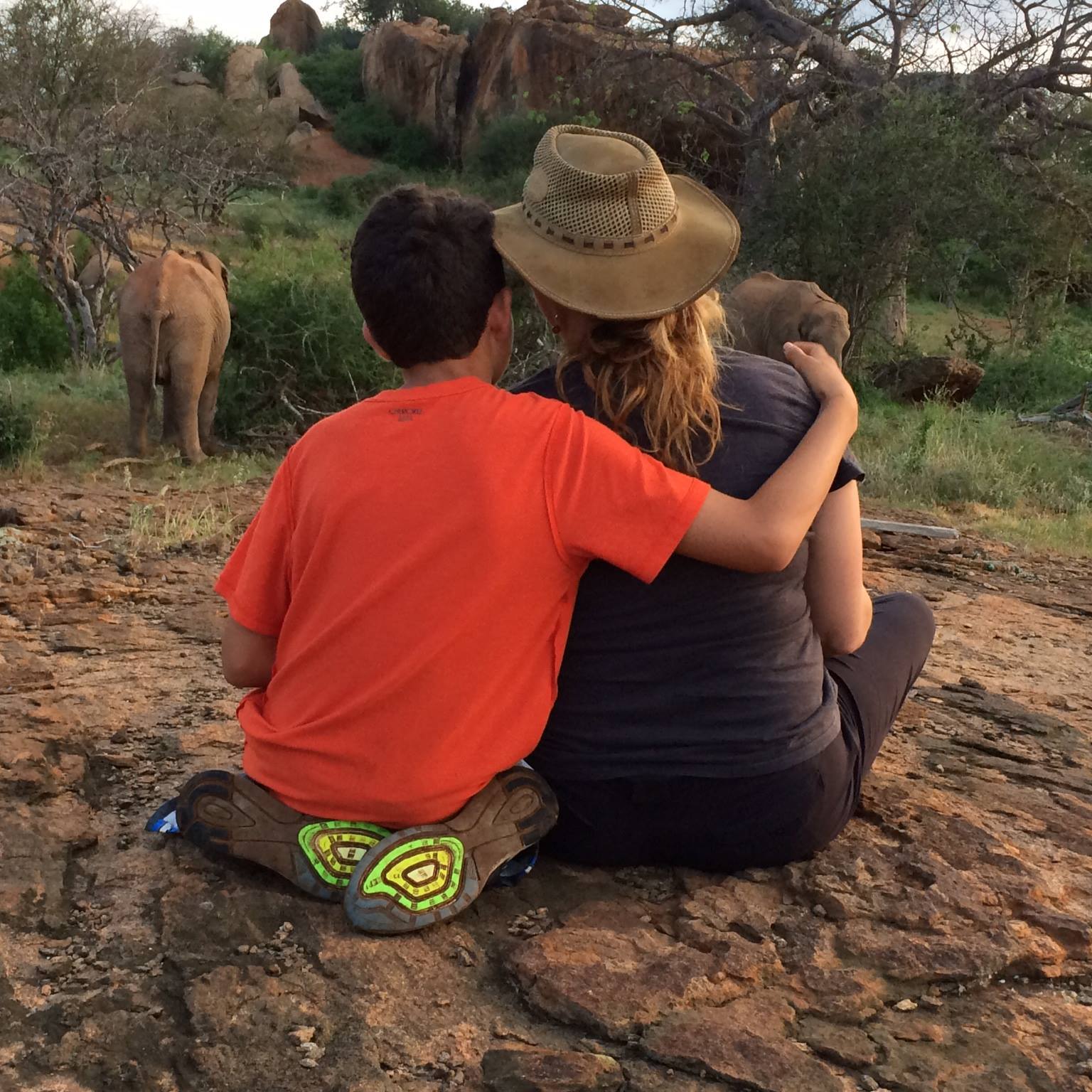 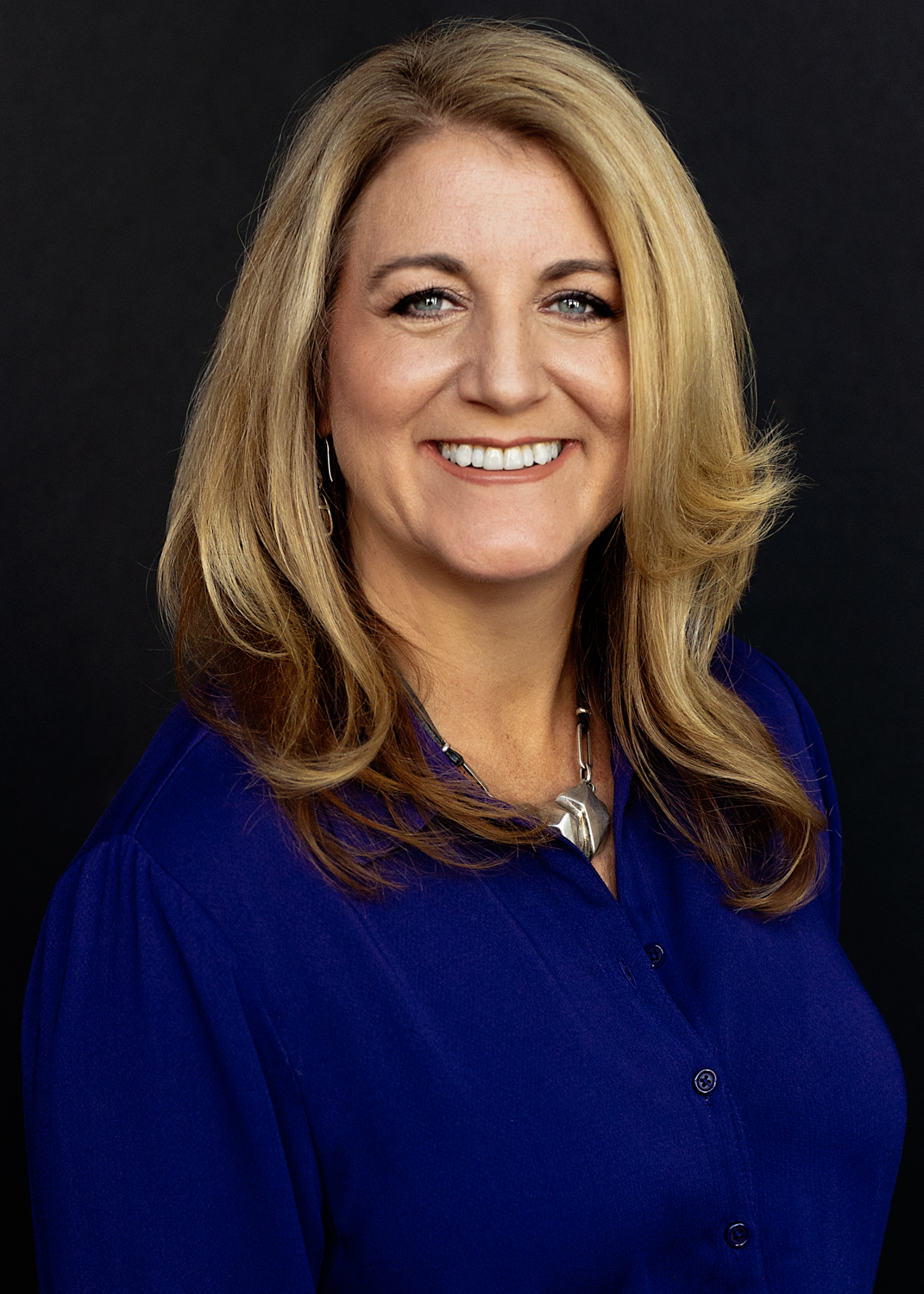 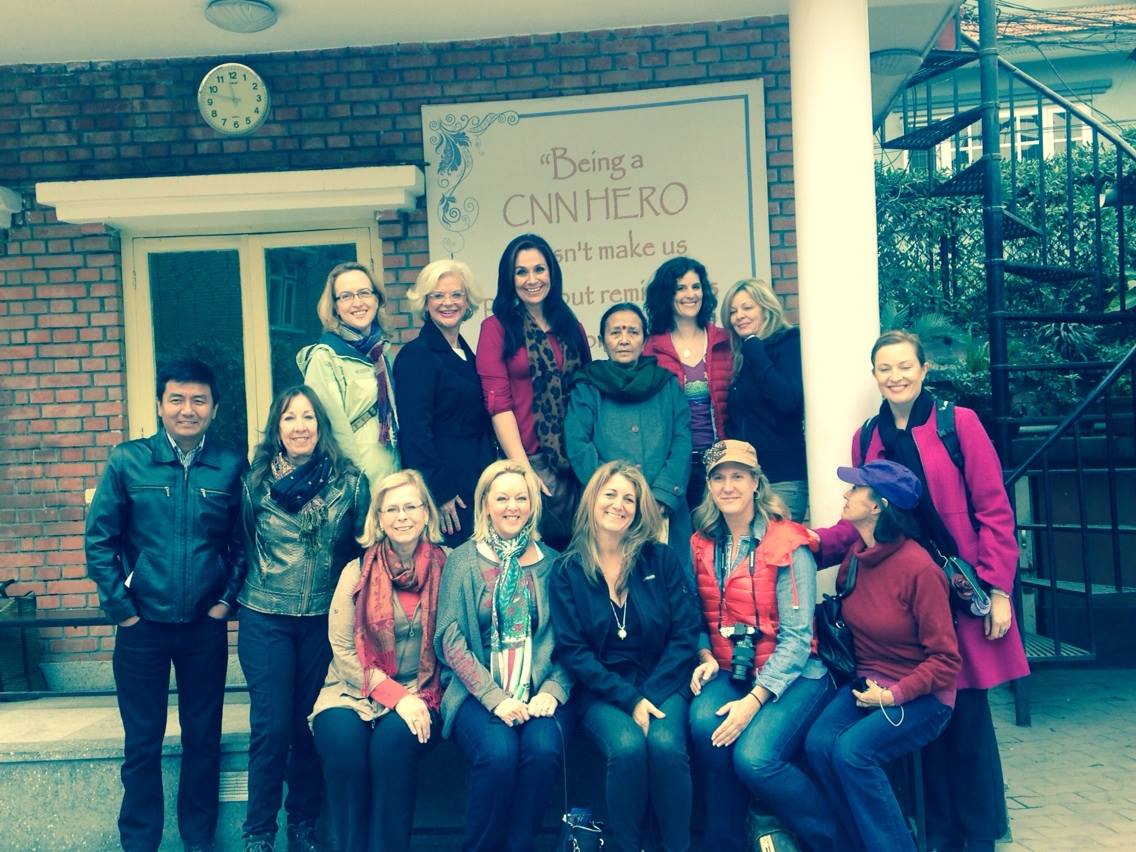 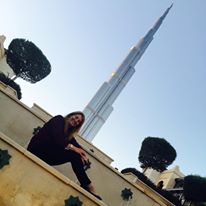 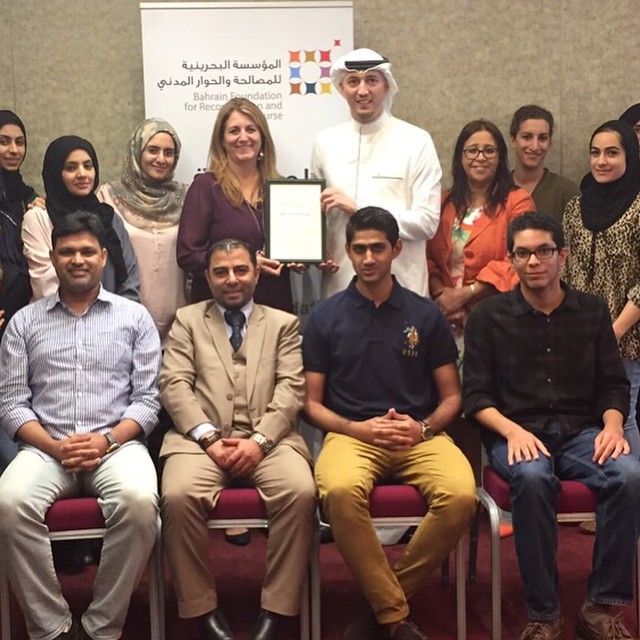