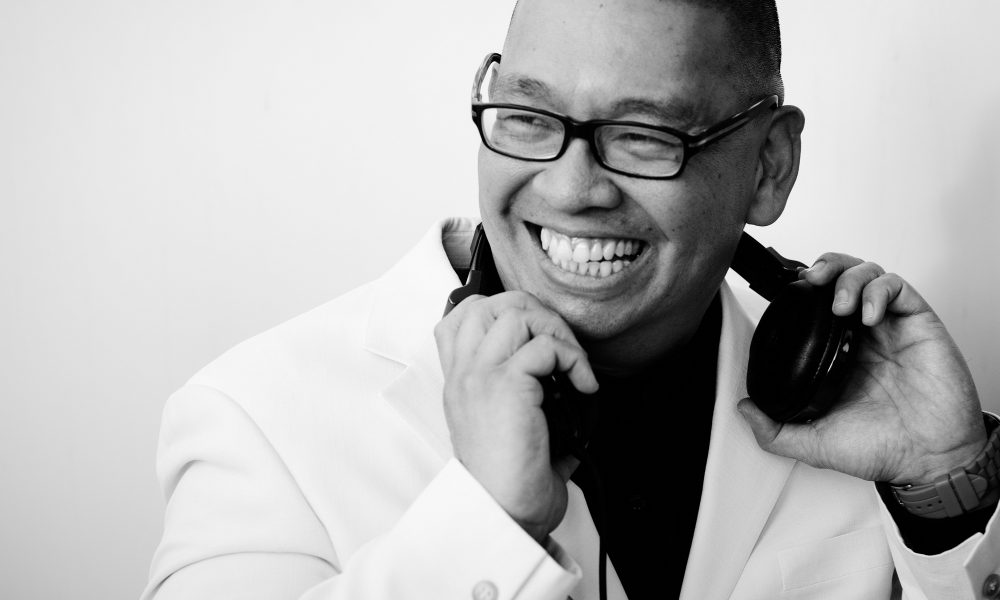 Today we’d like to introduce you to Jay “DJ Akshen” Valdez.

Thanks for sharing your story with us Jay. So, let’s start at the beginning and we can move on from there.
As a child, I was influenced by my parent’s music; Beatles, Disco, and Motown. Then later by my older brother who introduced me to Hip Hop, Funk, Pop, & New Wave, but more importantly DJ culture. I come from the Mobile DJ era of turntables, vinyl records, and milk crates. I started out by DJing my brothers High School Dances when I was in the 7th grade and did my first club gig before I was even legally allowed in the club. We traveled throughout the city to play High School dances, private events and clubs on the weekends. I consider myself an open format DJ and enjoy playing different styles of music every chance I get.

I was a B-Boy before I became a DJ and fell in love with Hip Hop and the culture the first time I was exposed to it. I experimented with all the elements of Hip Hop from B-Boying (break dancing), Emceeing (rapping), Graffiti Art, and of course DJing. Because Hip Hop is my foundation, it has allowed me to be extremely versatile in selecting and mixing multiple genres of music successfully. I have been blending different genres in my sets before the term “mash-up” even existed, back then it was just called blending.

After graduating High School, I joined the US Army and served my country for four years active duty and four years Reserve. While on active duty I bought a pair of turntables, a mixer and a crate of records from another soldier. If I wasn’t in the field training I would be in my barracks practicing my craft; DJing. I always made time to hone my skills wherever I was; whether I was back home on Leave or in the barracks.

After an honorable discharge from the Army, I attended the Academy of Radio and Television, graduated and learned about broadcast radio. Eventually, I began to DJ in clubs again and began to enter and win DJ Competitions. In 1999, I won the Phoenix, AZ. Guitar Center DJ Spin-off and would eventually win it 2 more consecutive times and represent Phoenix in the regional’s.

From 1999-2005, I had taught my son Cameron aka DJ Yeah, who was 3 years old in ’99 the basics of scratching. By the time he was 8 yrs. old he was asked to showcase at the 2005 DMC World DJ Mixing Finals in London, England. We performed the first Father and Son four turntable DJ Routine and he made history the next day as the youngest DJ to perform a solo set at the DMC world finals. All the teaching and patience paid off. It was a very proud moment for me as a teacher, but more importantly a father.

In 2008, when the markets crashed and the recession hit, my wife encouraged me to pursue DJing Full Time. I started my own company Kreative Development and was fortunate enough to obtain DJ work through word of mouth and referrals. Two years later, I was chosen to be a “Special Guest DJ” for Disney Cruise Lines. Disney had just built a brand new ship called the Disney Dream and was looking for a few good DJ’s to rotate and entertain the national and international guests on their cruises to the Bahamas. Eventually they built another ship, the Fantasy that would travel to the eastern and western Caribbean. I was also asked to DJ that ship and continue to do so till this day.

In 2012, I became the Director of the DJ Programs at Cyphers The Center For Urban Arts, Arizona’s first Urban Arts center. I became the first instructor for the DJing class for which I created the curriculum. The following year the Phoenix NewTimes awarded Cyphers “Best Place to Learn to DJ” for my Turntableology 101 course that I created and taught there.

In early 2015, I competed and won the Red Bull 3Style World DJ Championship Regional Qualifier. That same year, I represented the Southwest Region in the U.S. Nationals and won again, in my qualifying round. I placed in the top 5 in the finals against some of the best DJs in the nation. What an honor that was! At the end of the year The Phoenix NewTimes awarded me “Best Turntablist” for 2015.

Today, I continue to work as a freelance DJ for some of the best DJ companies in the state, but more importantly continue to carve out a name for my own company, Kreative Sound Productions.

Through seamless mixes and an amazing sense of selection, I can transform any venue whether a club, live stage, bar, or even the deck of a cruise ship, into an all-night party.

So, if you want the complete package just ask for, “lights, camera…DJ AKSHEN!”

Great, so let’s dig a little deeper into the story – has it been an easy path overall and if not, what were the challenges you’ve had to overcome?
It has not been a smooth road, but just like any profession you will have ups and downs and as long as the ups outweigh the downs you’re gonna be ok. Technology has always been a gift and a curse. With Technology the ability to access more music easier and faster has always been a huge plus for DJ’s especially those who travel. The downside is, everyone can do it now and for some they feel that, it qualifies them to be a DJ. Just because you have the DJ software, some DJ gear and can get the latest tracks that does not qualify you to be a DJ. DJ Premiere said it best… “DJ’s are like tattoos, the good ones aren’t cheap and the cheap ones aren’t good.”

Alright – so let’s talk business. Tell us about Kreative Sound Productions – what should we know?
Kreative Sound Productions is an Arizona Entertainment Company that prides itself in creating the perfect soundtrack for any event. From posh restaurant openings, charity events, to perfect curated wedding receptions. We don’t just push play we push what we play and believe in the music. If the beat is right they’ll dance all night.

I’m most proud of the professionalism and versatility that my company displays. The DJ’s are what set us apart from others.

Is there a characteristic or quality that you feel is essential to success?
Attitude and Integrity.