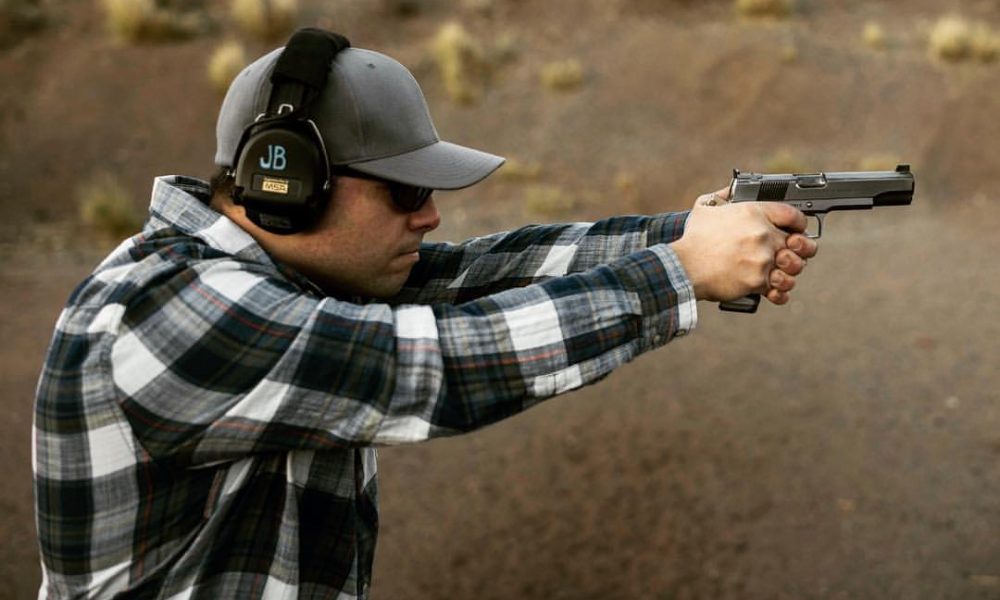 Today we’d like to introduce you to Jason Burton.

Jason, let’s start with your story. We’d love to hear how you got started and how the journey has been so far.
I was lucky to be brought up in an environment that taught me about guns and made them available to me. As I recall I got my first rifle when I was 4 or 5 years old and my first pistol around the age of 14. I’ve always been interested in mechanical items (cars, watches, guns, etc) my father was a car guy and a gun guy, I suspect my mechanical interests come from him.

I had always been an active in shooting and when I turned 21 I immediately got my concealed pistol license and, despite having been gun guy my entire life, I quickly realized I still had much to figure out regarding carrying a gun, supporting gear, etc. At the time I considered the 1911 pistol (the guns I now specialize in building) to be too big for a carry gun but after trying lots of guns and experimenting with various carry set-ups I made my way back to the 1911. When I first started to work with the gun from a carry standpoint I realized that the platform is much easier to carry that I expected. From that point forward I dove head long into the world of the 1911.

As I continued to shoot and gain practical experience with the gun I also discover the higher-end offerings of the 1911 platform and by the year 2001 I’ve already gone from owning and shooting “factory” and “production” 1911s to “semi-custom” guns from various companies. These guns are a big step up from the “production” 1911s and they lead me to the next level being the true custom 1911 world populated by various small and often one-man shops. From that moment forward it became a real passion of mine.

I started to research custom 1911s from both current and past makers and eventually I amassed a respectable collection of custom 1911s. This was all still before I was building guns professionally and I was able to I learn a lot from these guns by both shooting them and taking them apart to see how the work and modifications were performed. As I continued this path and became more and more involved in shooting and training I was able to see what was possible on the 1911 platform, both from a building and shooting standpoint. Eventually I began to tinker around with my own guns and was lucky enough to have friends who let me “work” on their guns as well.

Over this same time frame I had met and become friends with quite a few custom 1911 builders and in 2005 I got an offer to move to Arizona and manage a custom shop while also expanding my knowledge of building 1911s. By December of 2005 I had landed in Arizona and from that point forward my goal was to learn everything I could about building 1911s.

I wanted to build custom 1911s because I was infatuated with what could not only be done to customize the gun but also what the gun can do from a shooting standpoint and in mid-2007 my company, Heirloom Precision, was founded. From that point forward my simple goal has been to not waste a day doing anything but my best work and I’m fortunate that I was able to transition my infatuation with the 1911 pistol into a business where I can create one-of-a-kind custom built pieces for discerning clients.

Has it been a smooth road?
From a business standpoint I would say if there has been a prevalent struggle it is likely been tailoring the business to the clientele I want to serve as well as the direction I want to push my work and the company. Much of it has been a good learning process and figuring out precisely what I want to do and how best to communicate that to my prospective clients. As with other businesses, it’s the universal goal of proper marketing.

So let’s switch gears a bit and go into the Heirloom Precision story. Tell us more about the business.
I am a one-man shop that specializes in building custom 1911 pistols. The focus of my work and what I am known for is exceptional quality hand-built bespoke pistols. Each gun is individually built to order for each client. The focus of my work and the methods I employ certainly set me apart from others in my industry and what I am most proud of is the body of work I have been able to accomplish and the clients that trust me to create something truly special for them.

How do you think the industry will change over the next decade?
In the greater gun industry the custom 1911 industry, as a whole, is somewhat small by both intention and necessity. The industry moves in inches, not feet. While there is always room for more builders, big shifts and changes in the larger gun industry typically have no effect on the cottage industry that is the custom 1911 world. The biggest changes usually come from the constant “raising of the bar” with regards to the quality of work being put out by small custom shops. 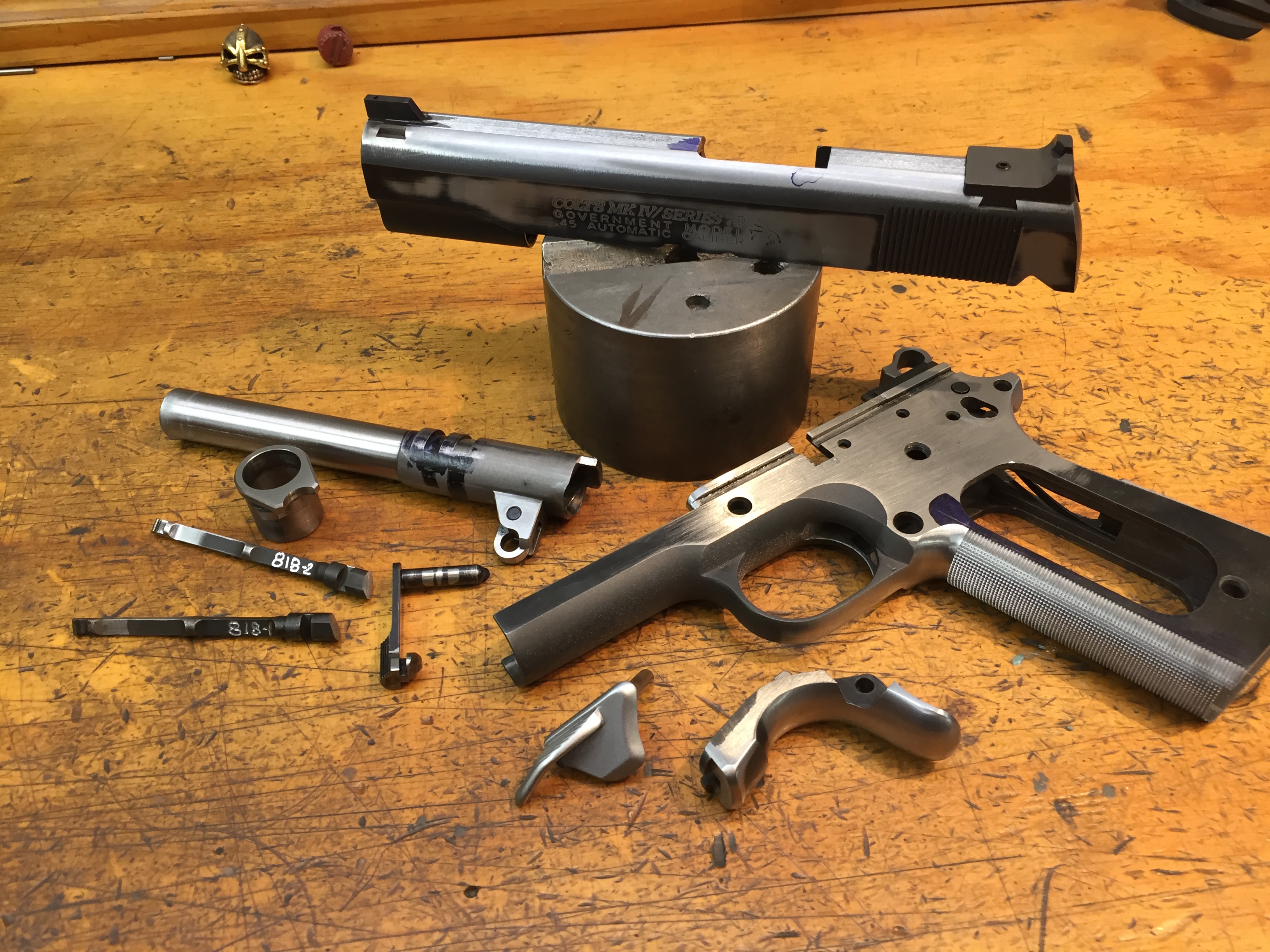 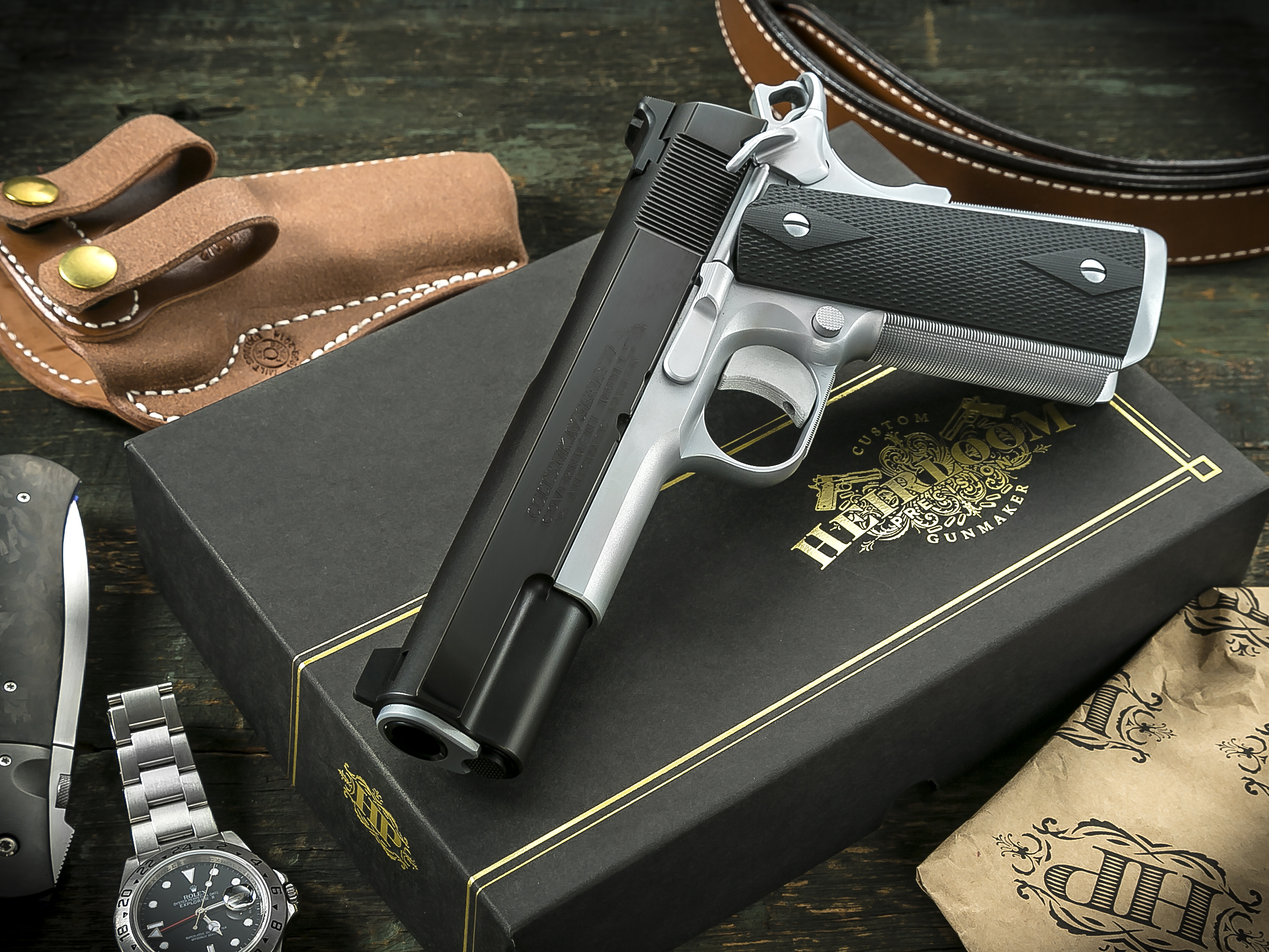 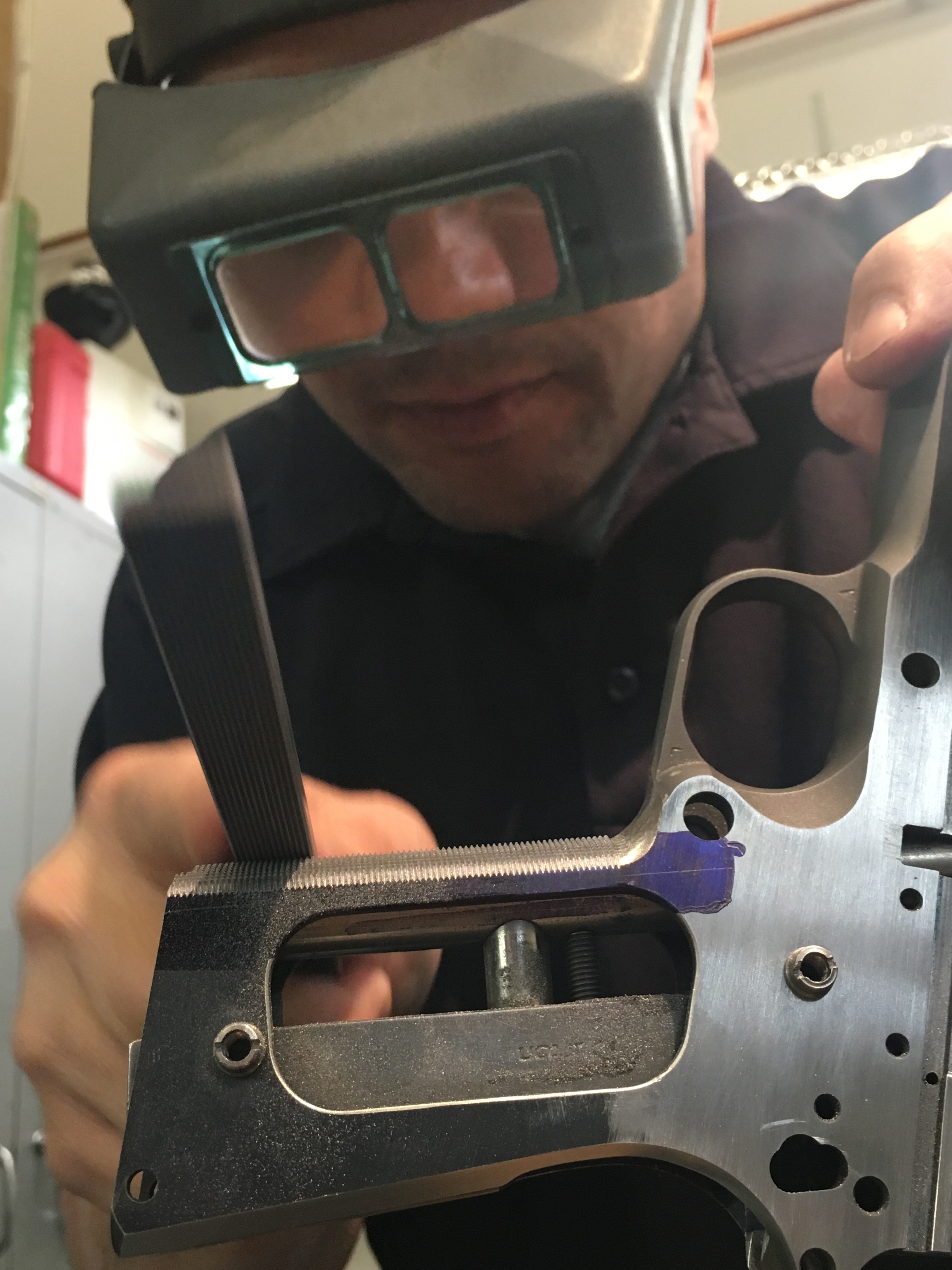 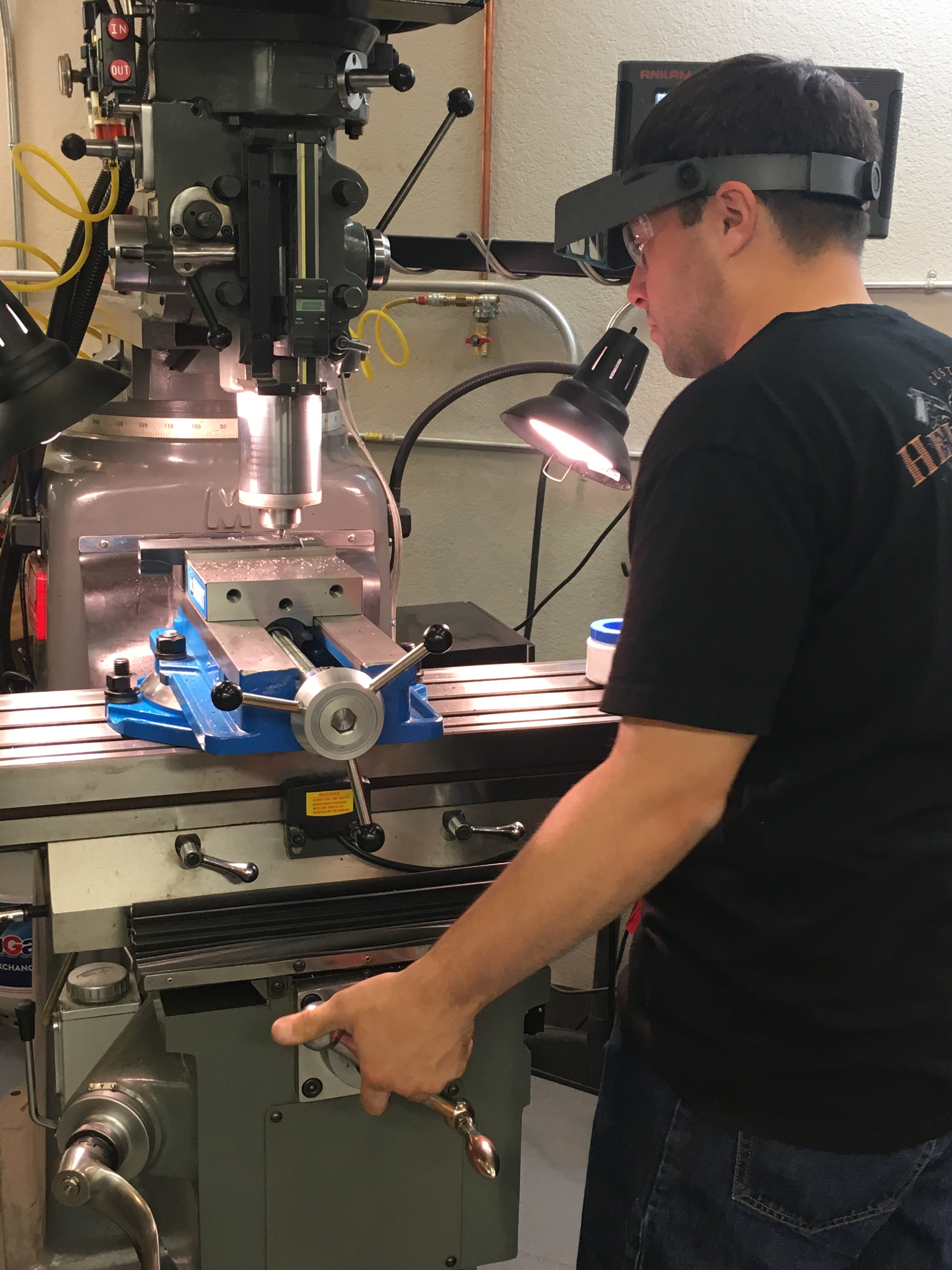 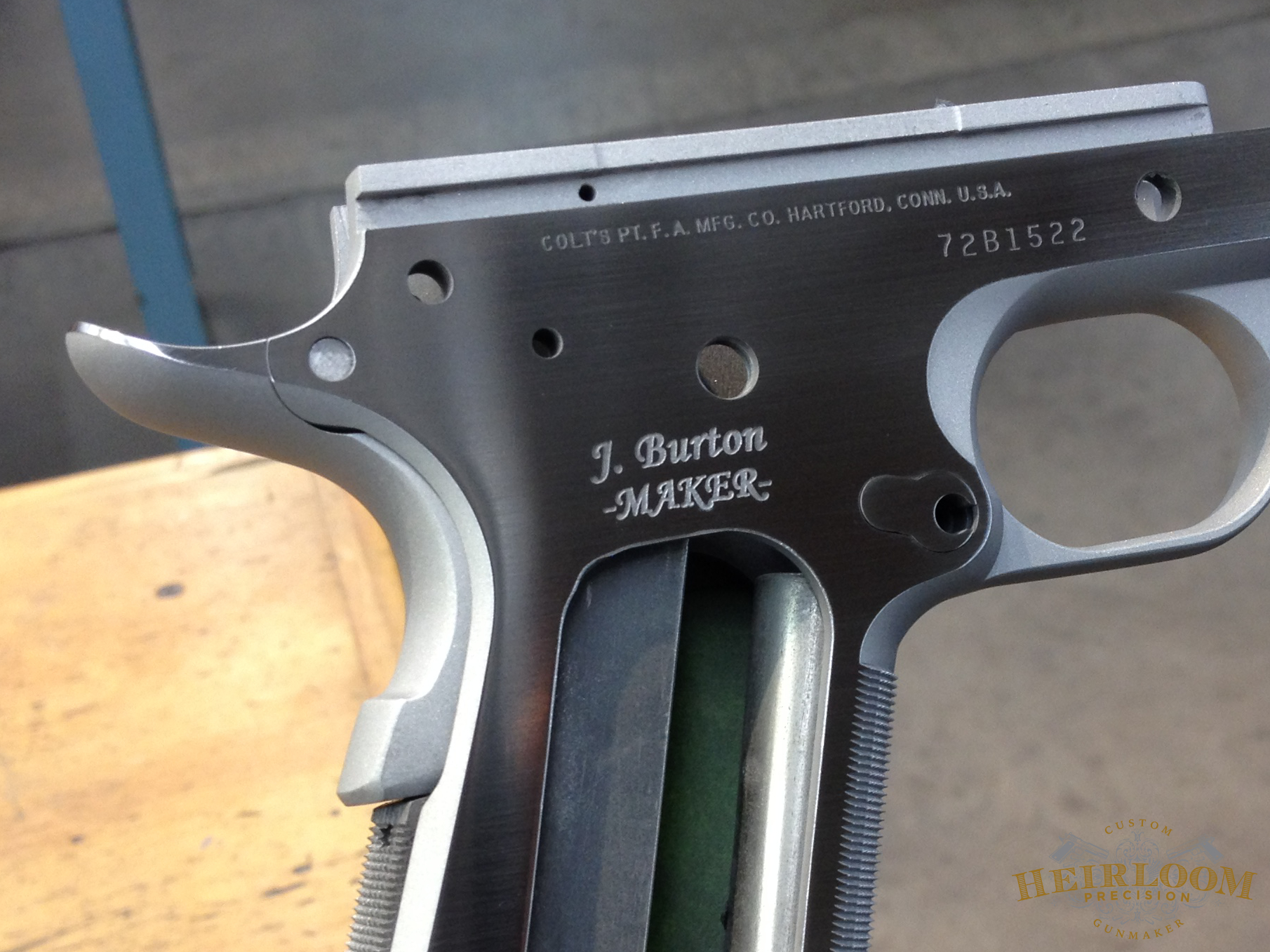 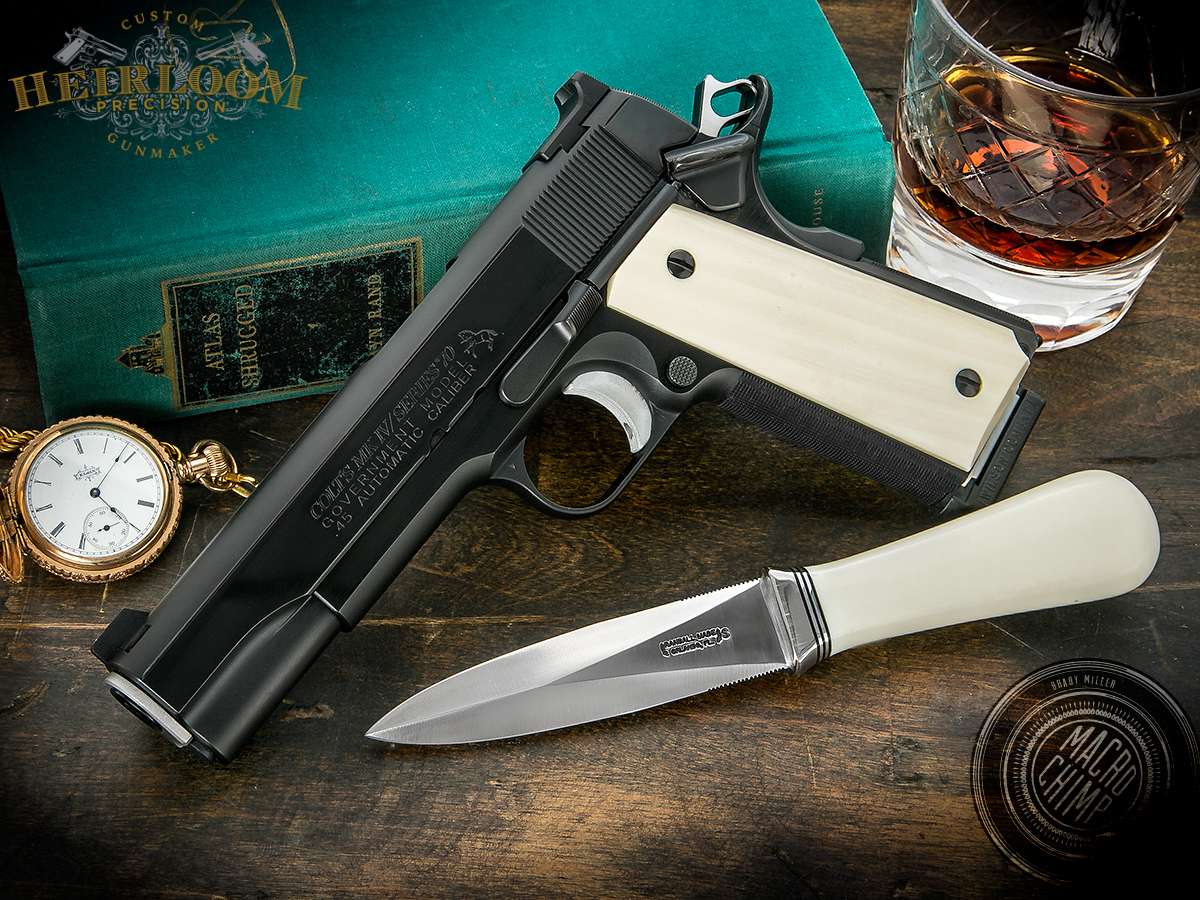 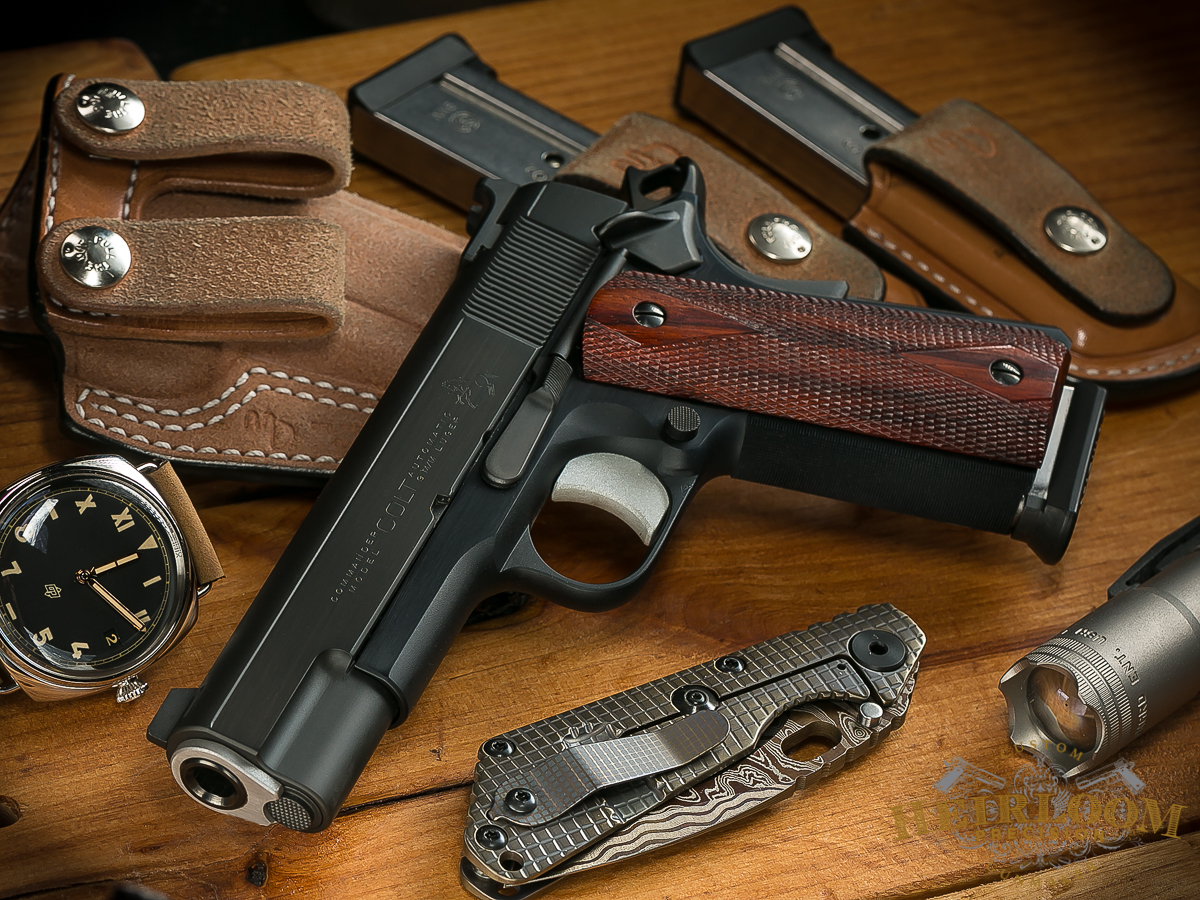 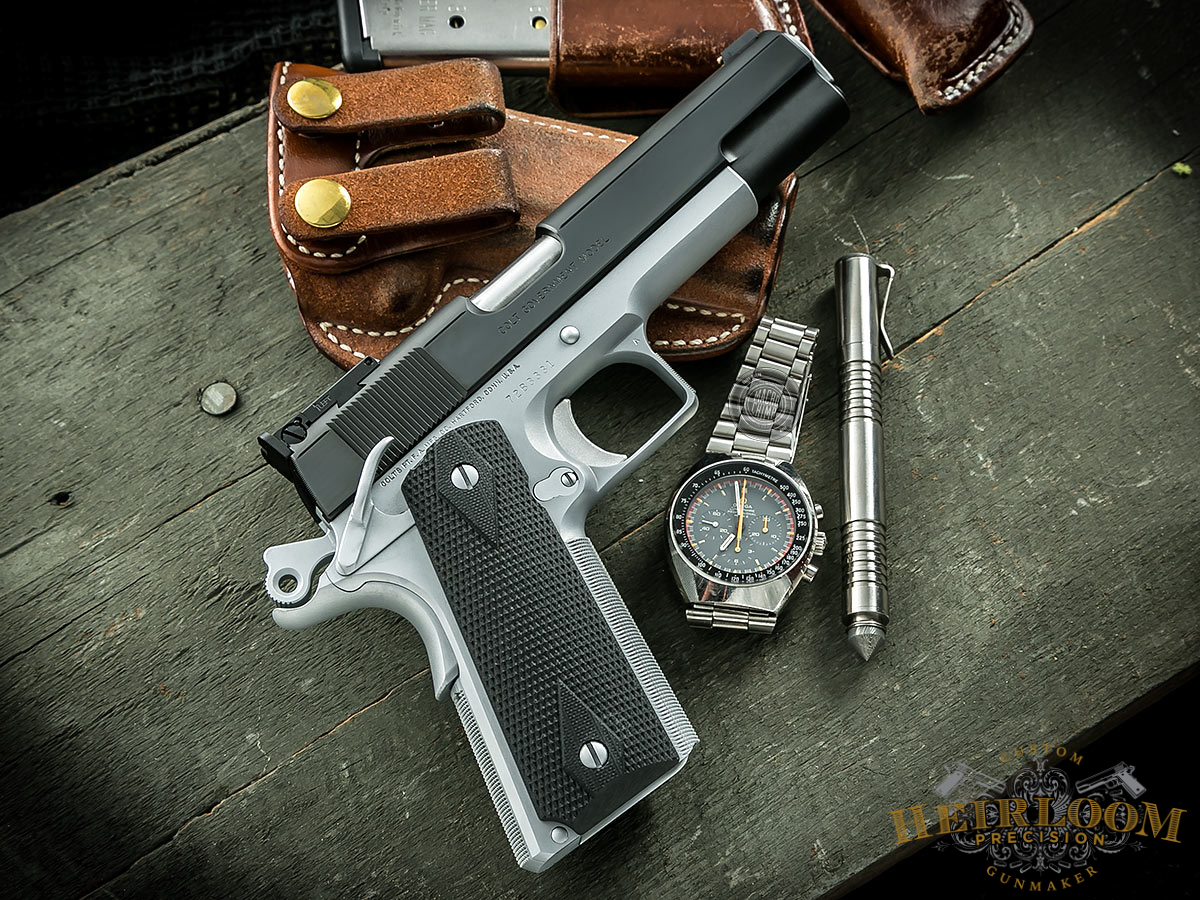 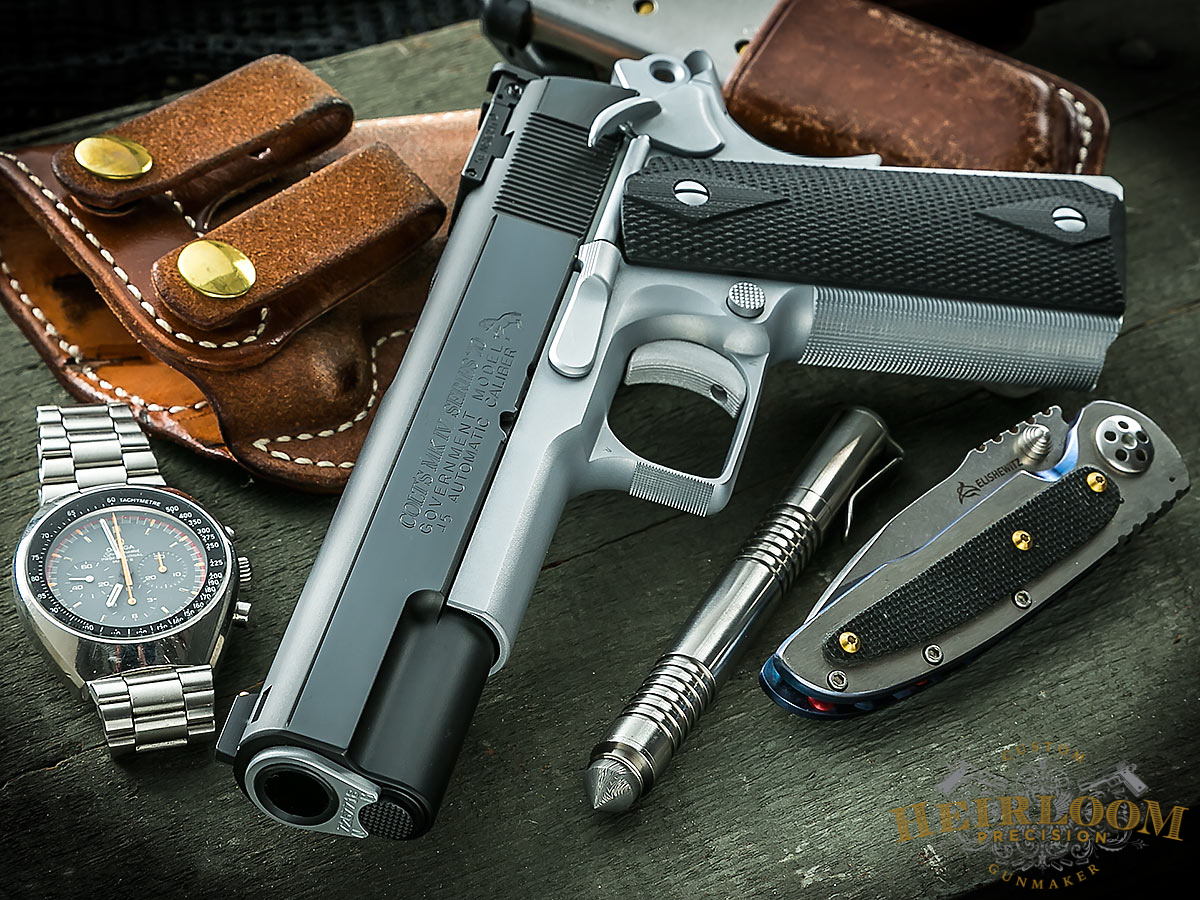 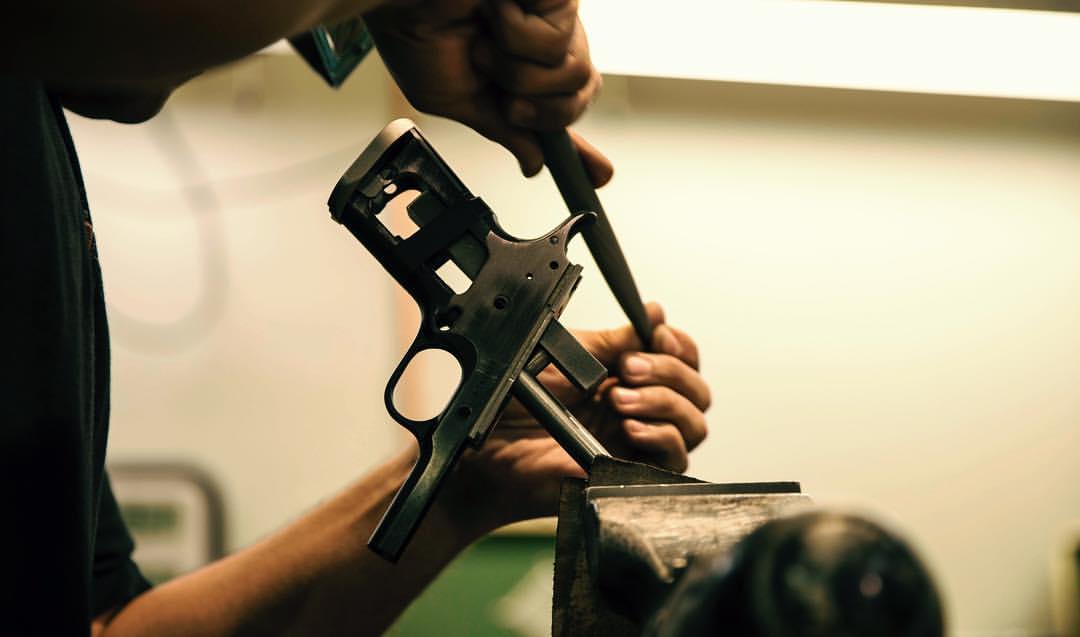