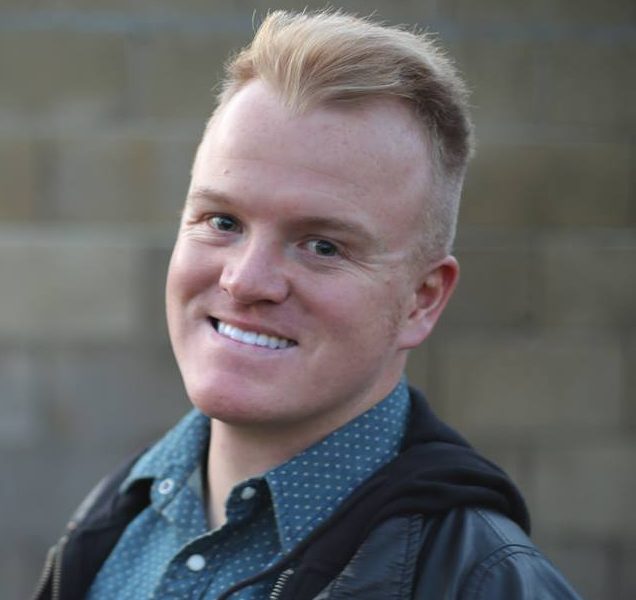 Today we’d like to introduce you to Jarom Smith.

Thanks for sharing your story with us Jarom. So, let’s start at the beginning, and we can move on from there.
I grew up an actor when I was a child but studied Heath and Wellness in College. I started up in the Film business again in my early twenties after serving a full-time mission for the Church of Jesus Christ of Latter Day Saints for two years. I learned a lot during that time. When I was about 24, I started working with Nancy Criss and Tracy Wright at Nandar Entertainment, and we became good friends.

Nandar Entertainment is a production company based in LA, but whose owners live in Queen Creek. We’ve done some awesome productions together, and always have a great time doing them! From these productions, I made a lot of connections and made a lot of friends, even celebrity friends who I still keep in touch with and even work with today. I began developing a social media following from my work in film and from my work with these celebrities.

My main focus for some time was comedy, but then something changed. I started working with the Apex Leadership Company, which is based here in Phoenix. We hold leadership events at schools where we speak to the students on leadership, integrity, honesty, humility, accountability, and self-worth. Essentially, we’re public speakers, but the event fundraises for the school at the same time, and it’s remarkable for sure.

One day, as I was going live on my Facebook Page, I started talking about my public speaking career, that most of my following seemed to know about. They went HAM. I never would have guessed that they would have reacted the way they did. In a very brave and vulnerable way, they brought up struggles they had been enduring. These hardships ranged from depression, anxiety, social disorders, suicide attempts, disease, paranoia, and loneliness. In later posts, I made it clear that I am not a clinical psychologist or a certified counselor, but it didn’t seem to matter.

This wasn’t about being a replacement for professional help; this was about coming together and telling our stories. Several came to me and told me that I had changed their life! One man, in particular, revealed to me he had suffered from several diseases and mental scars from events dating all the way back to childhood. He was in a very dark place when he saw my live feed that a friend of his had shared. I humbly listened as he thanked me for bringing him out of that dark place.

Since then, I’ve received offers to come to speak all over the country. I still work with the Apex Leadership Company, and I love my work there. I also still produce and perform in films, but whenever I can I head back to my social media channels, and we all just get a few things off our chests. It’s been very rewarding.

We’re always bombarded by how great it is to pursue your passion, etc. – but we’ve spoken with enough people to know that it’s not always easy. Overall, would you say things have been easy for you?
NO. Haha… Working in entertainment and public speaking is always fluctuating. There’s always the danger of moving away from one project, to pursue a better project, with the fear that the one you left will succeed without you! And it HAS happened. Also, many celebrities are a thrill to work with, but that hasn’t been the case for all of them. Some of them we will never work with again because they were so horrible to be around. There is a side of Hollywood that is very dark and unhappy. They are usually the ones groping for money. I’ve worked with a few of them, and it’s pretty depressing, which is perhaps why I’ve backed off from major productions. It can actually pretty frightening.

Also, it requires the practice of self-worth. Life really isn’t all that difficult when I remember my worth. The problem is remembering to remember my worth. Haha… The worst part is that I’ve received very unkind messages from people who misinterpreted or created their own interpretation of what I said in social media posts. As soon as I became a “public figure” in their eyes, there’s a dehumanization that happens as well. When this happens, people start seeing figures as superhumans, free of flaw. So if we make a mistake, they feel betrayed. That hurt turns anger pretty fast, and then the accusations come. Those accusations hurt me more than I think they knew.

For example, I was followed by two women who suffered from PTSD. One woman’s stemmed from the military, and the other’s stemmed from harsh childhood events. They revealed this publicly in our live feed. Then, during one of our live feeds, I mixed their causes up. And even though, I corrected myself and apologized. I still received a very angry message for assuming she had PTSD from the armed services. I didn’t assume, I had just mixed the who women up. That message hurt me quite a bit, but if I’m asking people to be vulnerable when I’m speaking to them, I need to stay vulnerable to.

My reaction is now less and less to close up and shut up. After a lot of practice, I’ve learned to lean into the obstacles and hurt, experience it, and turn to others if a need some help with that. Then I continue with my work. If I’m rejected or make a mistake, my internal rhetoric is now, “I made a mistake. I’m not perfect. I’ll try and do better next time.”

We’d love to hear more about what you do.
Though I still produce films, my focus has shifted a bit too public speaking. I speak on becoming a person of gravity, or a person people are drawn to and generally want to be around. This has helped me so much in my own business pursuits, as well as maintaining important connections.

People are dying inside from a lack of connection, even famous successful people. During my work in the film business, one of our producers commented on how so many of the actors in our films would ask about me when I wasn’t on set or were disappointed if I wasn’t going to be there that day. These were some of our highest paid actors; recognizable public names. I wondered why that was, and how I could use that to help others.

I realized it all came down to kindness and vulnerability. Too many businesses will teach you to be a shark, which sure, it might make you rich, but it won’t make us happy, which is why we wanted to be rich in the first place. My perspective is a little different. We want to make money to make us feel secure and happy, but too many people are in jobs where they don’t feel either of those things, so it kind of defeats the purpose, right?

I focus on becoming a person of Gravity. In other words, a leader, but the kind people naturally follow, rather than one people feel compelled to follow. It takes a little faith.

Has luck played a meaningful role in your life and business?
Sometimes I’m just in the right place at the right time. It also seems like one opportunity led to the next opportunity, and just at the right time! There have been times I’ve decided to take a gig, or even a job, that didn’t seem like it was going anywhere, but then totally did! I’ve also been involved in projects that didn’t seem to be that important but ended up being another great stepping stone to my career.

Bad luck has also had its turn. I’ve been involved in productions that I had been working on getting rolling for months, only to have one big producer come in and stop production, or make a horrible decision that broke apart the entire project. Several times, I’ve worked with people and groups who promise one thing, but it turns out they weren’t being honest, which is always very disappointing, but I don’t think about those times as much anymore; mostly because I’ve learned to avoid those people now. I’ve been pretty blessed. 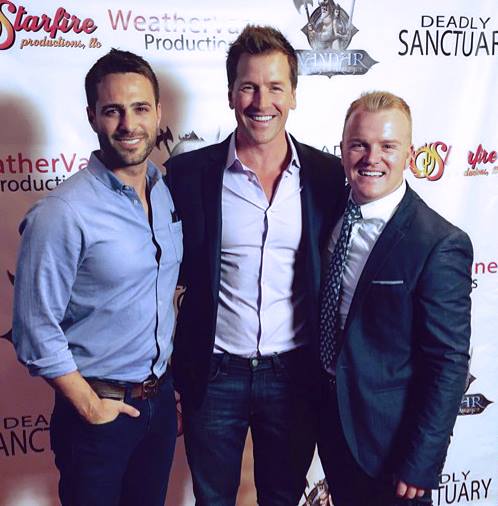 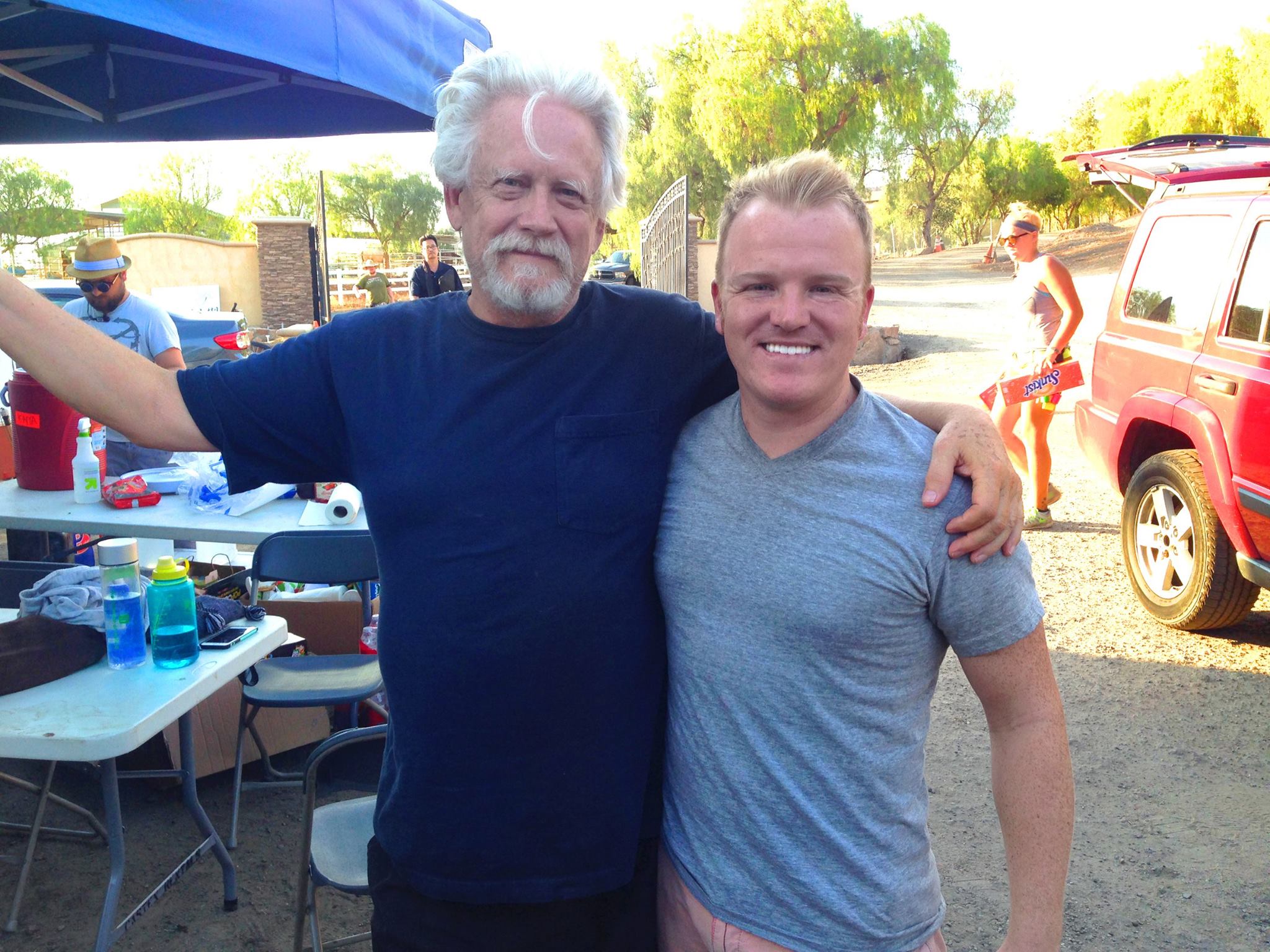 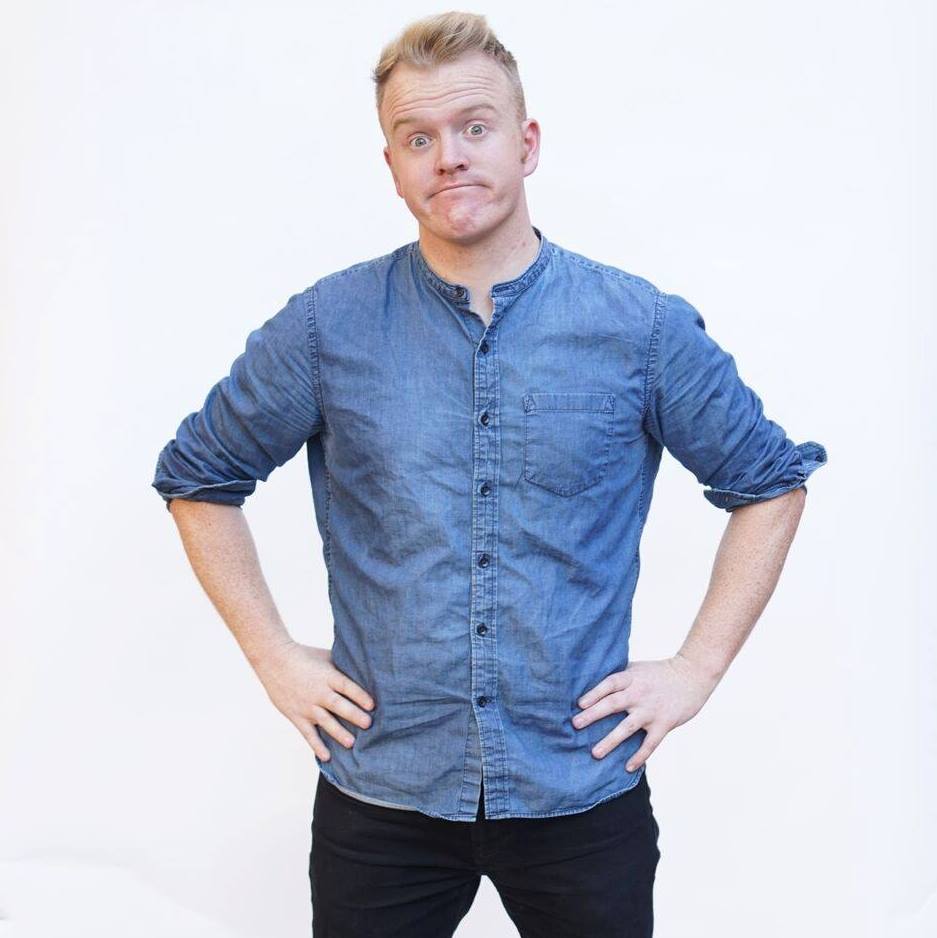 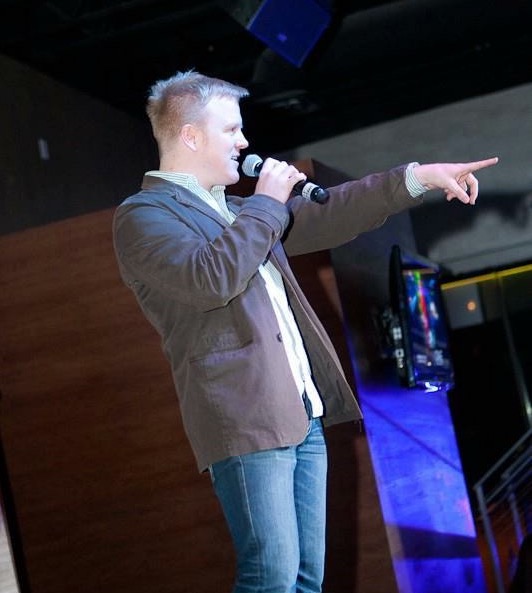 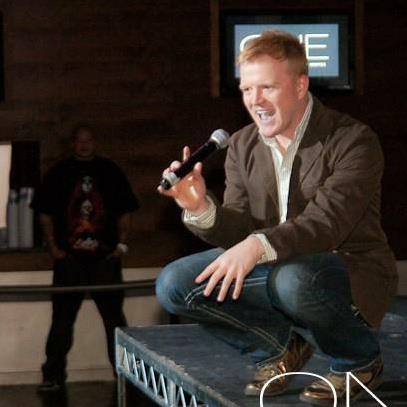 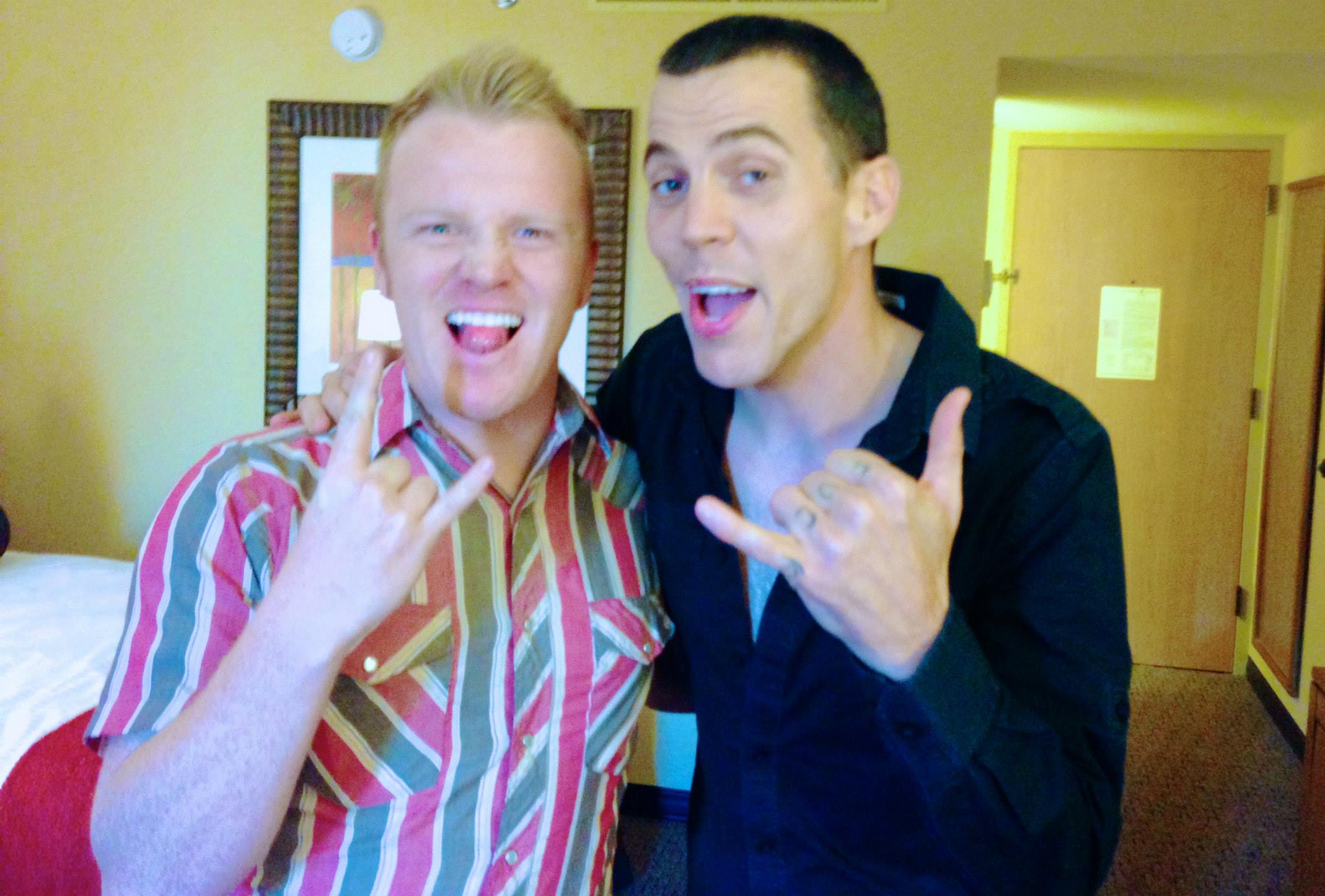 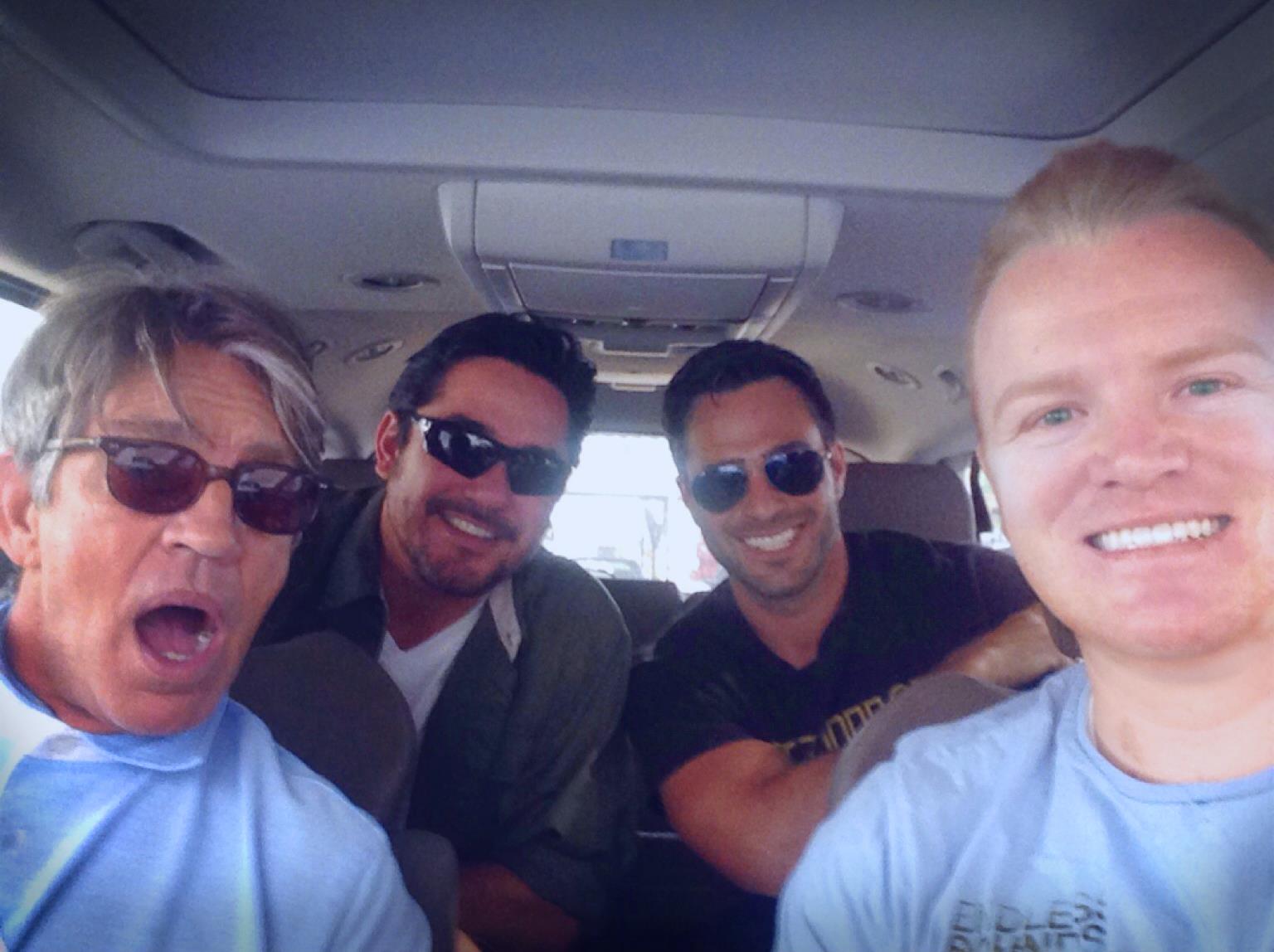 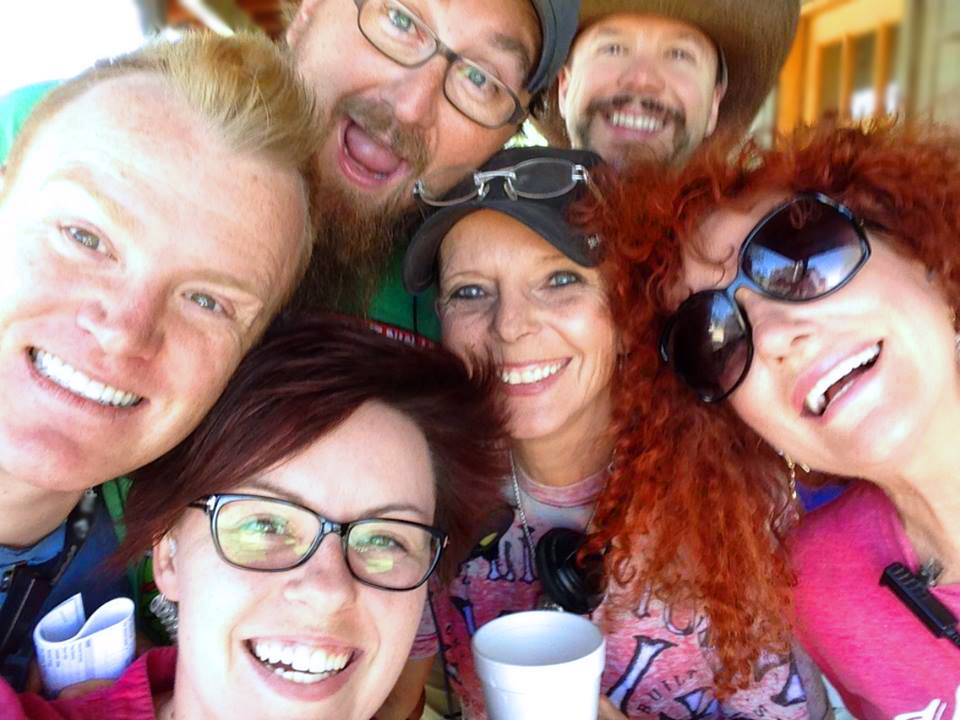 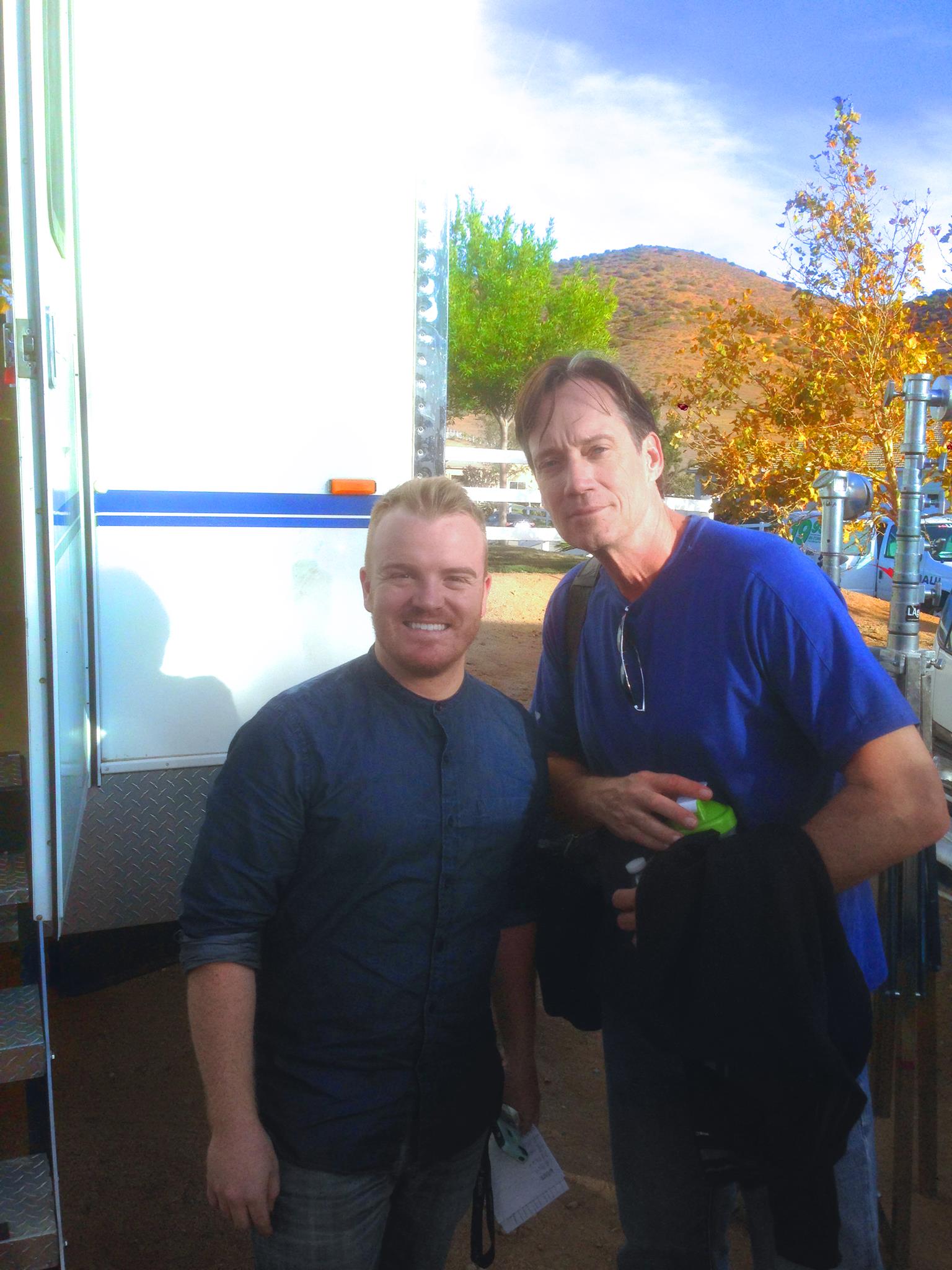