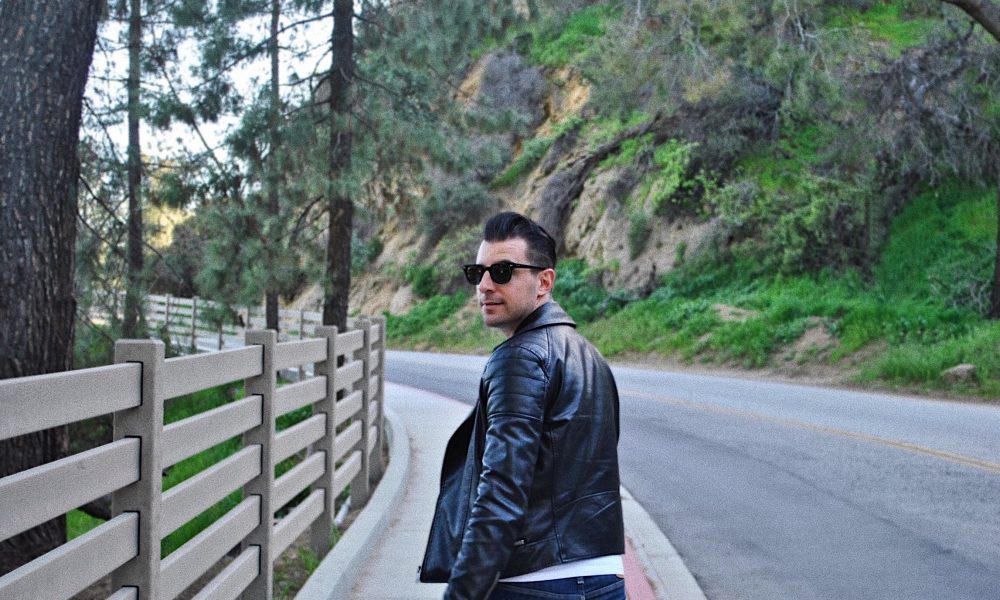 Today we’d like to introduce you to Jared Mancuso.

Jared, can you briefly walk us through your story – how you started and how you got to where you are today.
I’ve been involved in music, in one way or another, since I was a kid. It started when I was a baby and I was bopping in my crib to my older sister’s dance recital tapes. It snowballed from there. My mom put me in tap lessons, piano lessons, then when I got older around ten years old, I hopped into playing bass, taught myself how to play drums, then I got really into musical theatre, which is really where the whole thing ties together into the now.

I ended up going to school at Marymount Manhattan College for acting and minoring in musical theatre. During that time, I had some music projects I had been involved in. The Jared Project, which was myself and my good friend Jared Bardugone, was born from that time and we still create music together, with a new album releasing in three parts this year.

But what brought me to Phoenix was a chain of things. In 2010, I submitted an audition tape for a production of 42nd Street at Arizona Broadway Theatre (ABT) and booked the job. That was my first professional gig that brought me far from home, which is New Hope, PA. I cut my teeth at the Bucks County Playhouse under Stephen Casey who taught me so much about being on stage. I was nervous about being in a new place with new people, but I felt right at home in the sunshine of Phoenix, and the team at ABT; Cass, Kiel, and Kurtis just made everyone feel welcomed.

From there, I moved back to NYC for a while, worked more in theatre regionally, but had really been longing to focus more on music, which always had to go on the backburner whenever I went to work in theatre. The Buddy Holly Story kept popping up on my radar, and I’d auditioned for it in a couple of places, but there were a select few people who really had the market cornered.

Finally, ABT was putting up a production. So I grabbed my little amp that I strapped to my belt, my guitar, and my black frame glasses and auditioned for the role in NYC. At that point, I’d been in the ensemble of their shows, so there wasn’t a lot of proof for them that I could carry a whole show. So after a little while… they took the leap and hired me to play Buddy Holly and that is where it all changed. From there, I ended up booking a tribute show called Rave On that was produced by Lonely Street Productions, which is where I met Nick Gallardo, who rapidly became one of my best friends. He was covering the Ritchie Valens material. I also met Khris Dodge and David Simmons in that show. About a year after that, ABT had me come back and put together an original Buddy show, I worked with David Simmons on that project, and Khris was generous enough to let us use some of his charts he already had put together for the music. We created a concert show called Buddy’s Back, which pretty much laid out the foundation for creating the band we have now, Not Fade Away.

It was actually my father who really pushed me to create a band playing this music. I was hesitant because I knew there were a lot of other Buddy Holly-centric groups out there. But eventually, I caved on the stipulation that it would be different. It would always be genuine and honest and not just some hokey tribute band. And I feel like we’ve accomplished that, really amping up the music of the 50’s and 60’s, all circling around Buddy as the centerpiece.

Around when I first started piecing the band together, Nick Gallardo went on to perform for a company called TAD Management in their show December ‘63, which covers the music of Frankie Valli and The Four Seasons. We then approached Terry Davies about TAD representing our band, to which they agreed and have been an integral part of the growth of our group. Nick now performs with us full time and it feels like a lot of hard work has been paying off.

I own Not Fade Away with my company Emerging Pursuits, LLC. My father and I have also produced two music festivals in SoCal called VintageVibe Festival, and hope to bring those festivals to the Phoenix area in the near future. My father has been running different events, antique shows, book shows, quilt and textile art events, for over 30 years, and he really helped guide the way on that.

When Not Fade Away started seeing more and more Southwest interest in the group, it only made sense to move out here, and it just feels right. I love Phoenix and see it as a city with so much opportunity waiting to be tapped into. We’re excited about the opportunities the city seems to be bringing our way.

We’re always bombarded by how great it is to pursue your passion, etc – but we’ve spoken with enough people to know that it’s not always easy. Overall, would you say things have been easy for you?
The road to now has definitely been bumpy, and can still be pretty rough at times. A lot of stress can come from simply deciding to do a thing and committing to it. It’s a good problem to have, but when you reach a fork in the road, you have to choose which way to go and be ok with the idea that the unchosen road will not be explored and you may not have the opportunity to come back and choose again. So it’s all about setting the dive and then diving the dive.

Can you give our readers some background on your music?
As a company, the foundation for it was to have it be whatever it needed to be. I started off with an indie music streaming app that drowned in technical difficulties, which was, of course frustrating. But then the band idea came to fruition, then the VintageVibe Festivals. There are more ideas in the works. I’ve been proud of every project I’ve taken on.

When it comes to the band, Not Fade Away, that is such a passion project. I have had a lot of experiences tied to that era of music. It started more with the Buddy Holly, Ritchie Valens, Big Bopper music being the whole game, but now we’ve expanded it to be a celebration of the birth and history of rock n roll. As a group, we absolutely LOVE performing it. I think we always take people by surprise with how we present it. And what makes it special is that we control every aspect of it. We didn’t write the songs, but we play them how we want, and the audiences have been very receptive to that. I don’t need to imitate Buddy. I can look like him and play his songs, but it’s me who is presenting them to you in my own way. The same goes for each band member. They get to be themselves, and I think that’s important. That’s what makes it so special for us.

What were you like growing up?
As my mom puts it, she couldn’t get me to sit down. I was always running around, dancing, singing, pretending to play instruments, constantly on the go. And my mom was really good about making sure I was doing things. I luckily grew up in a pretty artsy area (New Hope, PA), so there were opportunities around that I realize I was very fortunate to have. I played in bands in my teen years, was involved in the school musicals, all that. I can remember being at the school after my older sister’s musical rehearsals, my mom would be having a meeting with the other volunteer parents about the costume designs, and I would go down into the pit and play the drum kit down there. I taught myself how to play drums during those moments of boredom. So in a way, I’ve always been doing SOMETHING. Keeping busy. 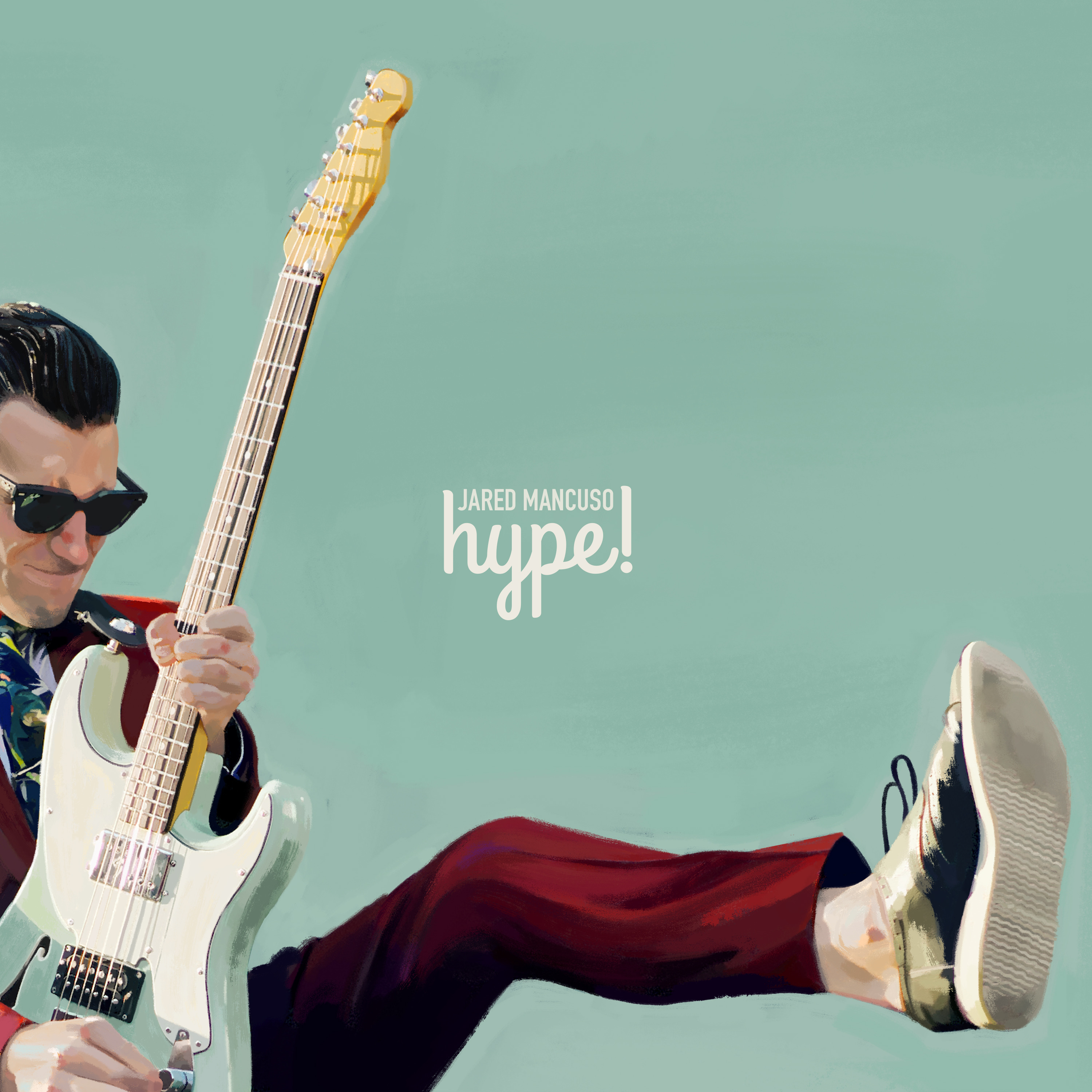 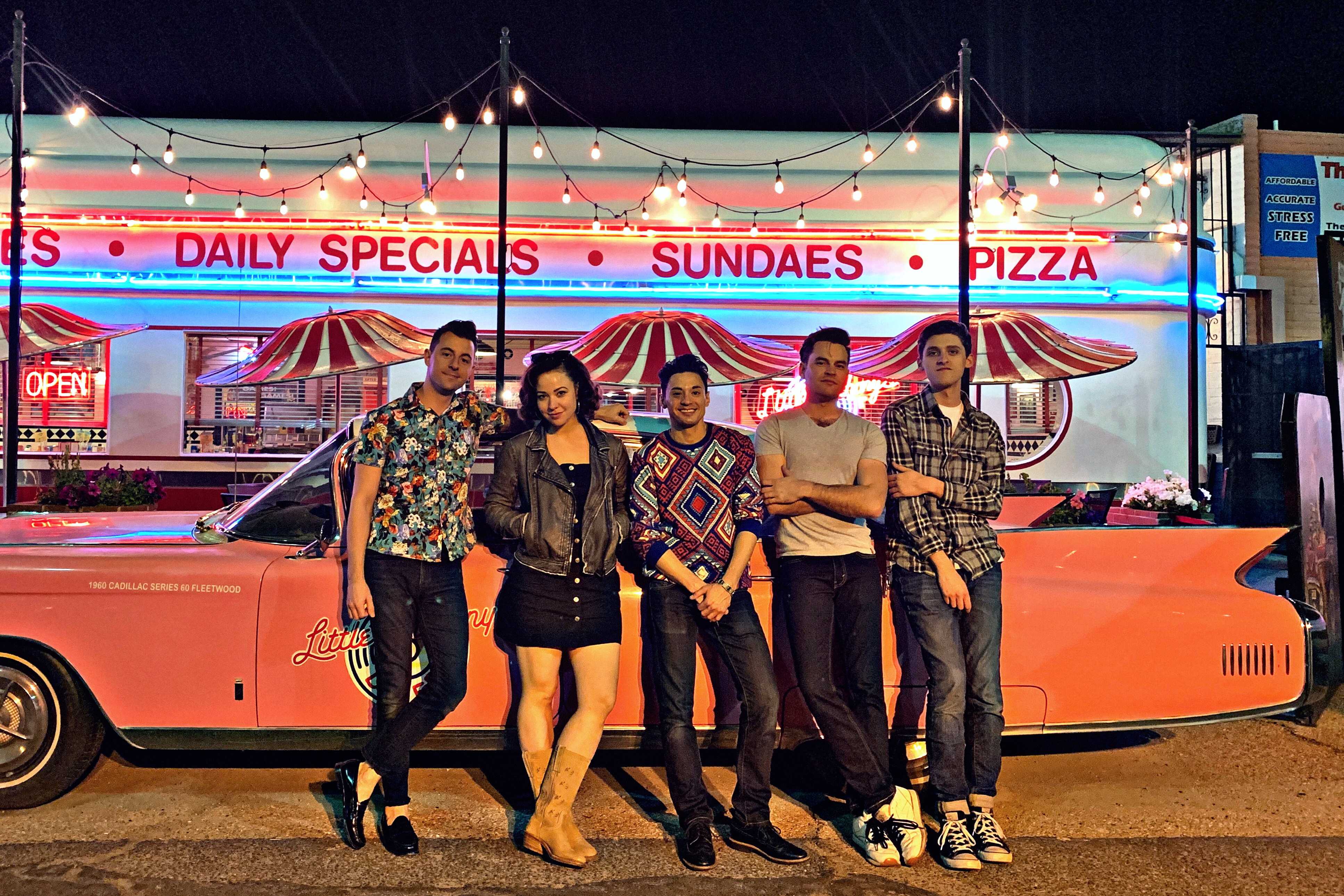 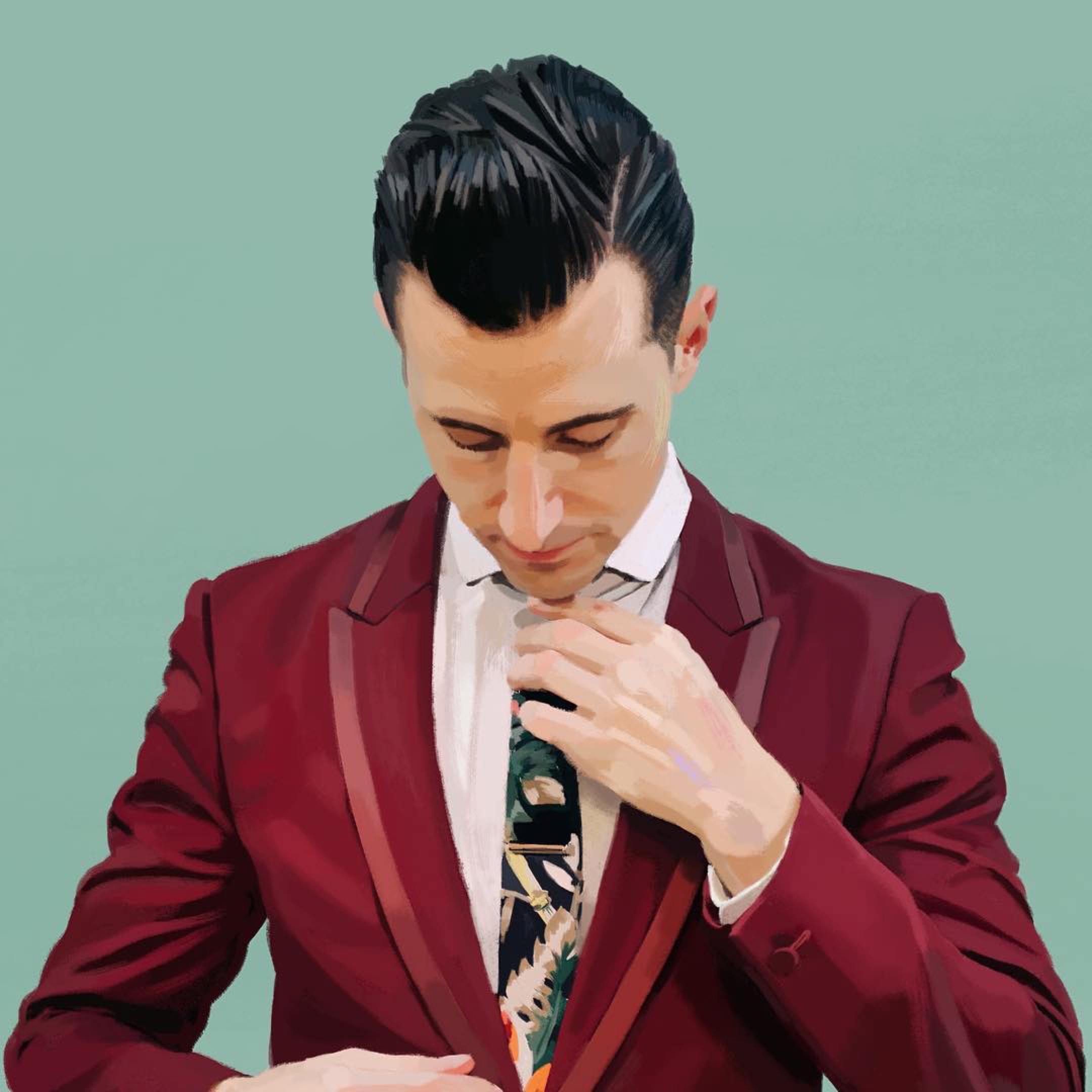 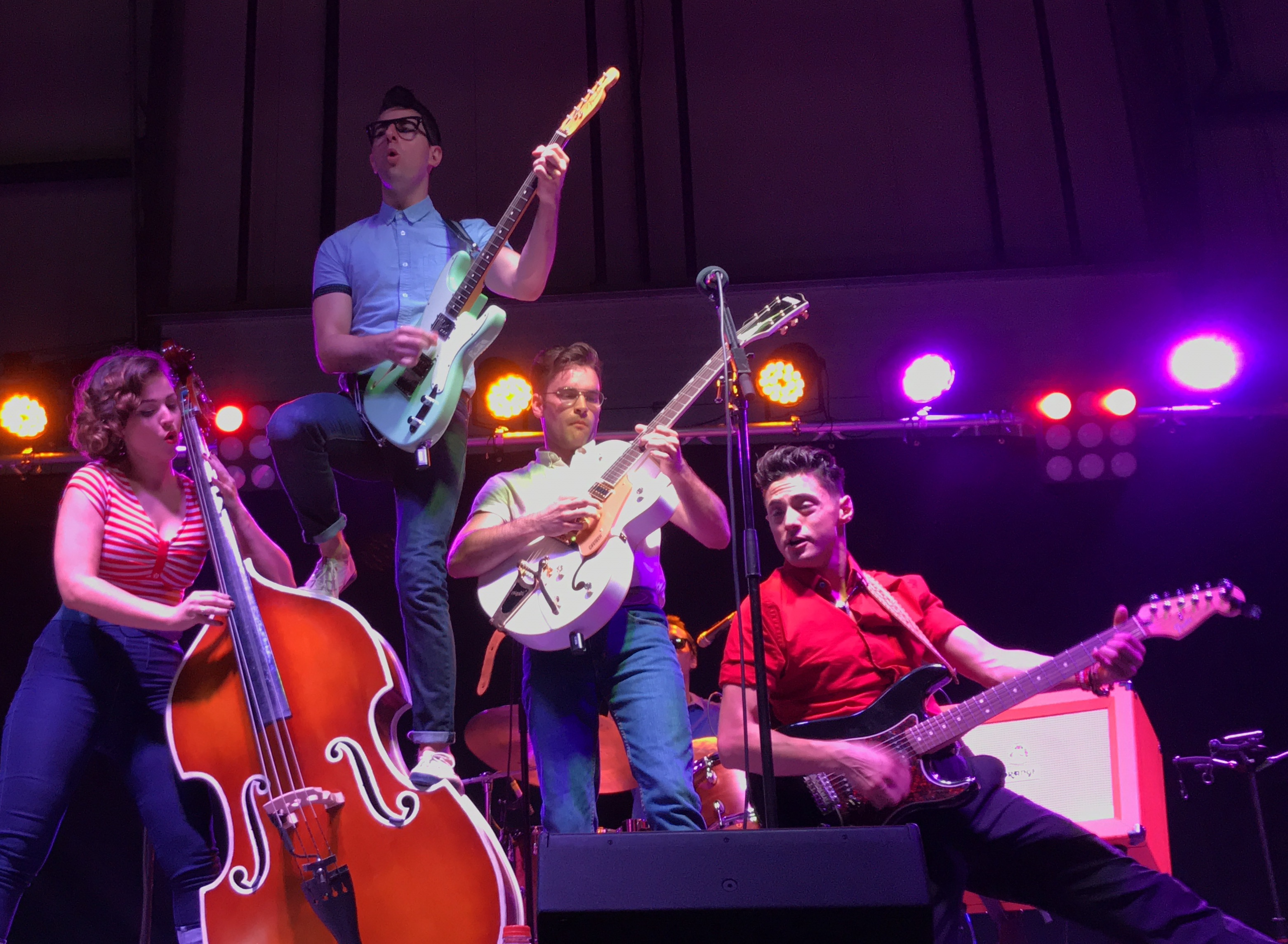 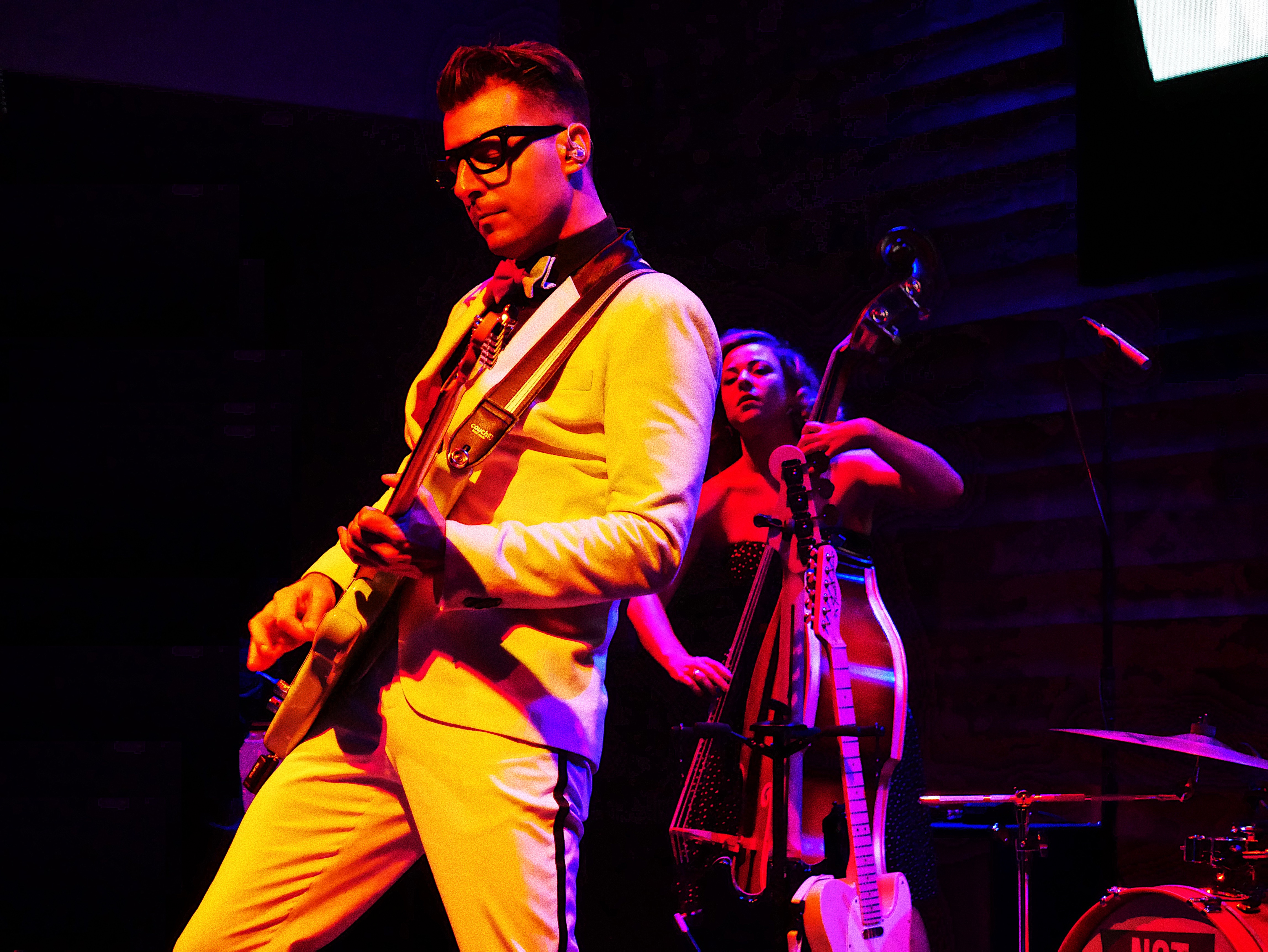