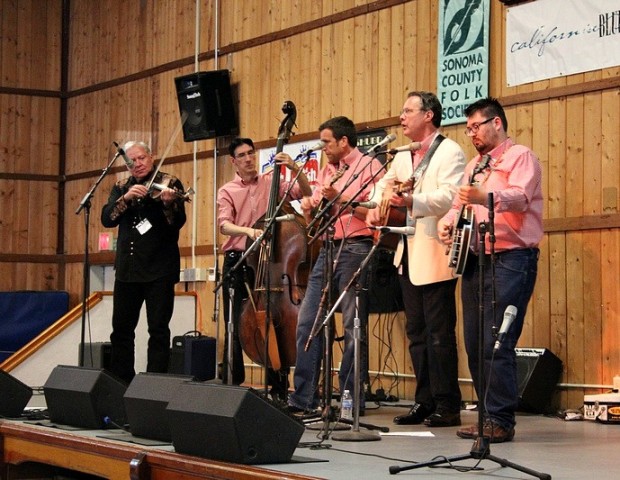 Today we’d like to introduce you to James Reams.

James Reams is a critically acclaimed but criminally under-appreciated Americana singer, songwriter, bandleader, and guitar player. Together with his band the Barnstormers, James has been plying his craft across the USA for nearly three decades. Reams today known as the “Baron of Bluegrass” or “The Bluegrass Ambassador,” triumphed over a life that could be a country song that he sings. Raised in Kentuck now making Phoenix his home for over a decade. His journey had him travel from Eastern Kentucky, to wind up in the Folk Boom in Greenwich Village after arriving in New York City’s, Port Authority Bus Terminal in 1982, carrying two cardboard boxes and two pairs of work shoes—looking for a better life, having left behind a dead-end job in an agricultural supply store. At first, in his scramble to survive, he didn’t play much music. But when he did, those who heard his authentic Kentucky mountain sound encouraged him to play more.

Before long, Reams started producing albums beginning with his first release Kentucky Songbird in 1994, followed by The Blackest Crow and The Mysterious Redbirds in 2000. All three albums featured long-time friend Bill Christophersen and a collaboration with Tom Paley from the New Lost City Ramblers. Reams formed the Barnstormers in 1993 because, as he puts it, “I like hard-core bluegrass that features innovation. This isn’t museum music, it’s a living, breathing creation. I wanted to sing and play with other musicians that felt as I did, that were as dedicated and committed to making music that moved people.”

Overall, has it been relatively smooth? If not, what were some of the struggles along the way?
Of course, the struggle to make music was difficult, from finally getting a record contract and The release of three albums on the Copper Creek International record label. Reams had teamed up with Tom Paley who the New York Times printed ” Helped spearhead an old-time music revival…” Tom had worked with Woody Guthrie and said, they should find a record company to put out their recordings, which resulted in Artie Rose recommending Gary Reid at Copper Creek Records. The day he received the recordings, Reid called and offered to put it out on their national record label. Reams was not only shocked but near to tears when he received the news. It was a dream-come-true for that little boy in Kentucky who used to sing at the kitchen table.

Then Reams lost his partner and soulmate to cancer Tina Aridas. All of this along with many bumps along the road are chronicled in the new Documentary ” Like A Flowing River, A Bluegrass Passage.” Reams said somberly, “It is a question of recognizing that anything worth having has its price. People who respect themselves are willing to accept the risk that there are snakes in the forest, your venture may go bust. They are willing to invest something in themselves. They want to play on the court at all odds.”

Can you give our readers some background on your music?
It’s important to be different in this age, to be unique. When you talk about what sets you apart, I don’t know if I can put it all in words, I know that I’m driven by my feelings. I sing songs that have real meaning to me and then I put my passion and feelings into the song. When the album ‘”Barons of Bluegrass” came out in 2003, I had been one of the nominees for “International Bluegrass Music Association” Emerging Artist and the album was nominated for Recorded Event of the year along with the Chieftains and the Nitty Gritty Dirt Band. But do you know what I remember most about that time? I had back surgery that year and they had to go through my throat to fuse two vertebrae in my spine. When they opened my throat they stretched my vocal cords and after surgery, I couldn’t talk. It went on and on and I found out I had a vocal cord paralyzed.

I lay in bed with a neck brace and I looked up and prayed. Prayed that I could speak again. I wanted to talk to my family and band. I wanted to tell them how grateful I was to the Lord for allowing me to live and if he wanted me to speak or sing he would. My vocal cords healed back to normal with exercise, time and help. Now I know awards and recognition don’t mean a thing in this world, it’s how you live. Your family, the people that support you and friends are what matter. Would I like for this album to be recognized? For Tina, who passed away I would. The Barnstormers’ music takes all the elements of the music they love then touch it with our soul and then lets it go for people to hear. I sure hope you enjoy it and that it touches you and uplifts your life in some way. That gives my life meaning and Tina’s life meaning, too.

Any shoutouts? Who else deserves credit in this story – who has played a meaningful role?
Everyone deserves credit from the promoters, Dj’s and people that support the music of course all of the Barnstormers for the Thirty years we have been playing of course Tom Paley and also I teamed up with renowned banjo player, the late Walter Hensley, which resulted in the release of James Reams, Walter Hensley & the Barons of Bluegrass in 2002, an album that received an IBMA nomination for Recording Event of the Year; the same year that we received the IBMA nomination as Emerging Artist of the Year. But Tina had the biggest role. I always said, Tina was the plow and I was the grasshopper sitting on the back, it seemed I was kicking up the dust but it was the plow. 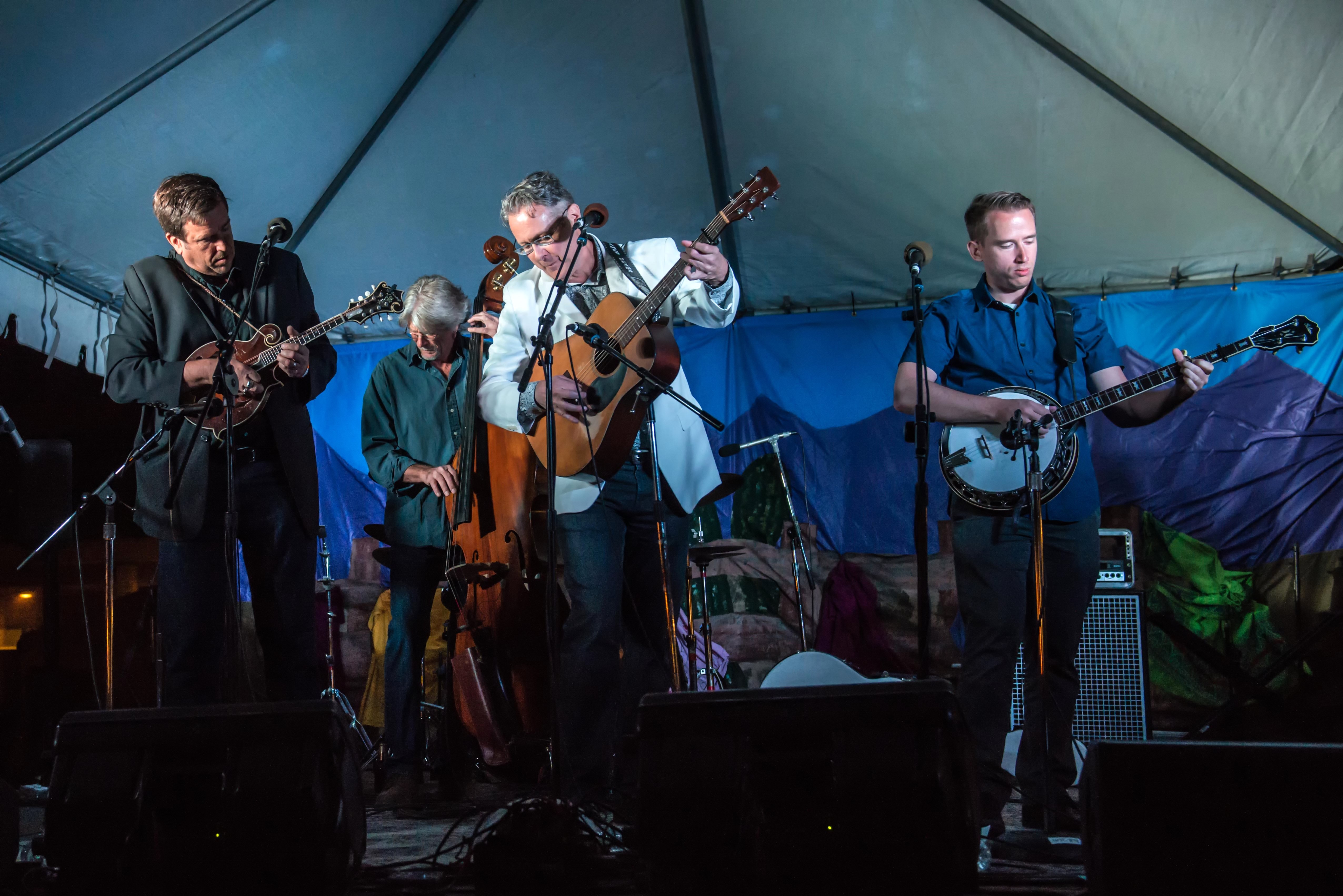 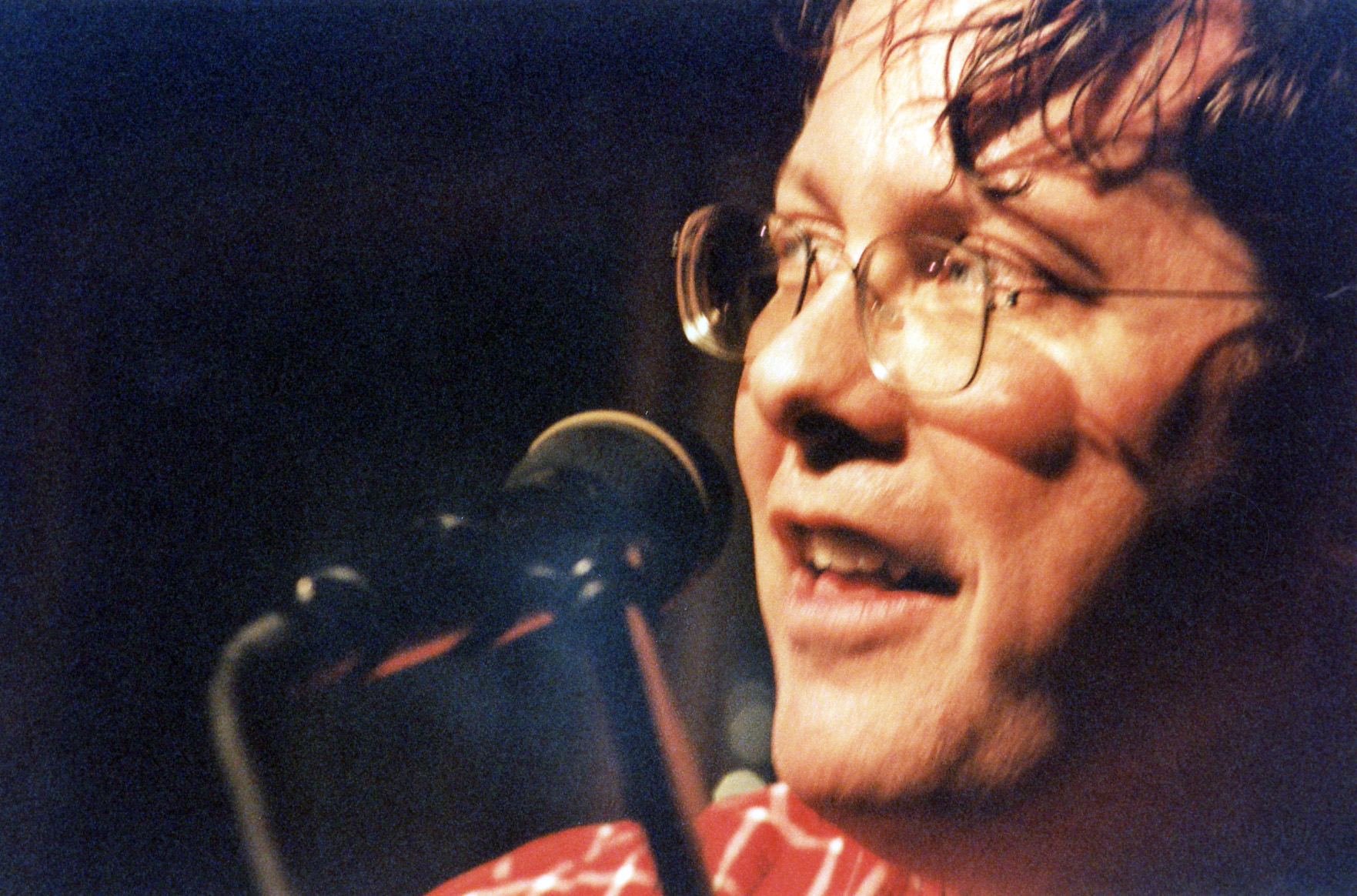 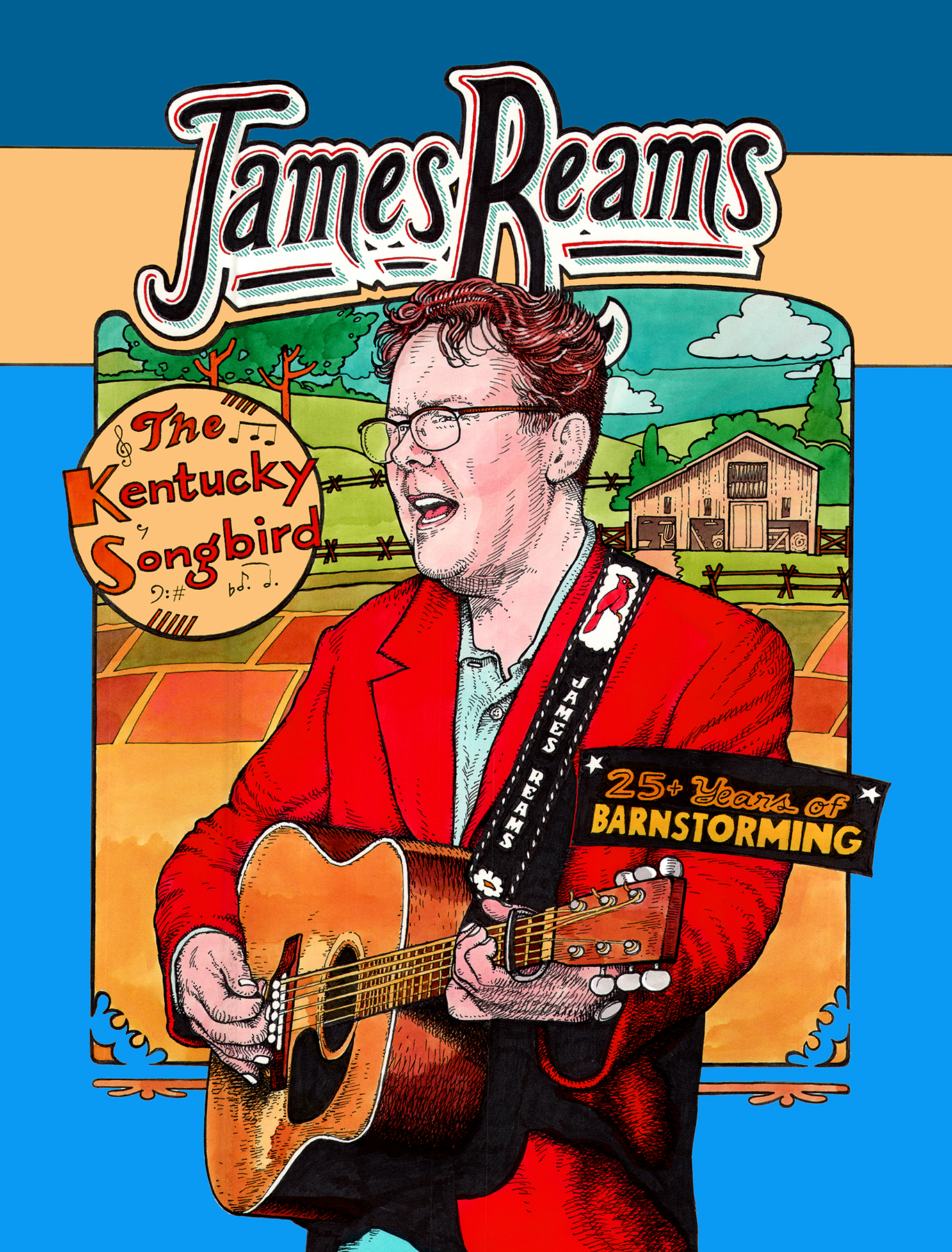 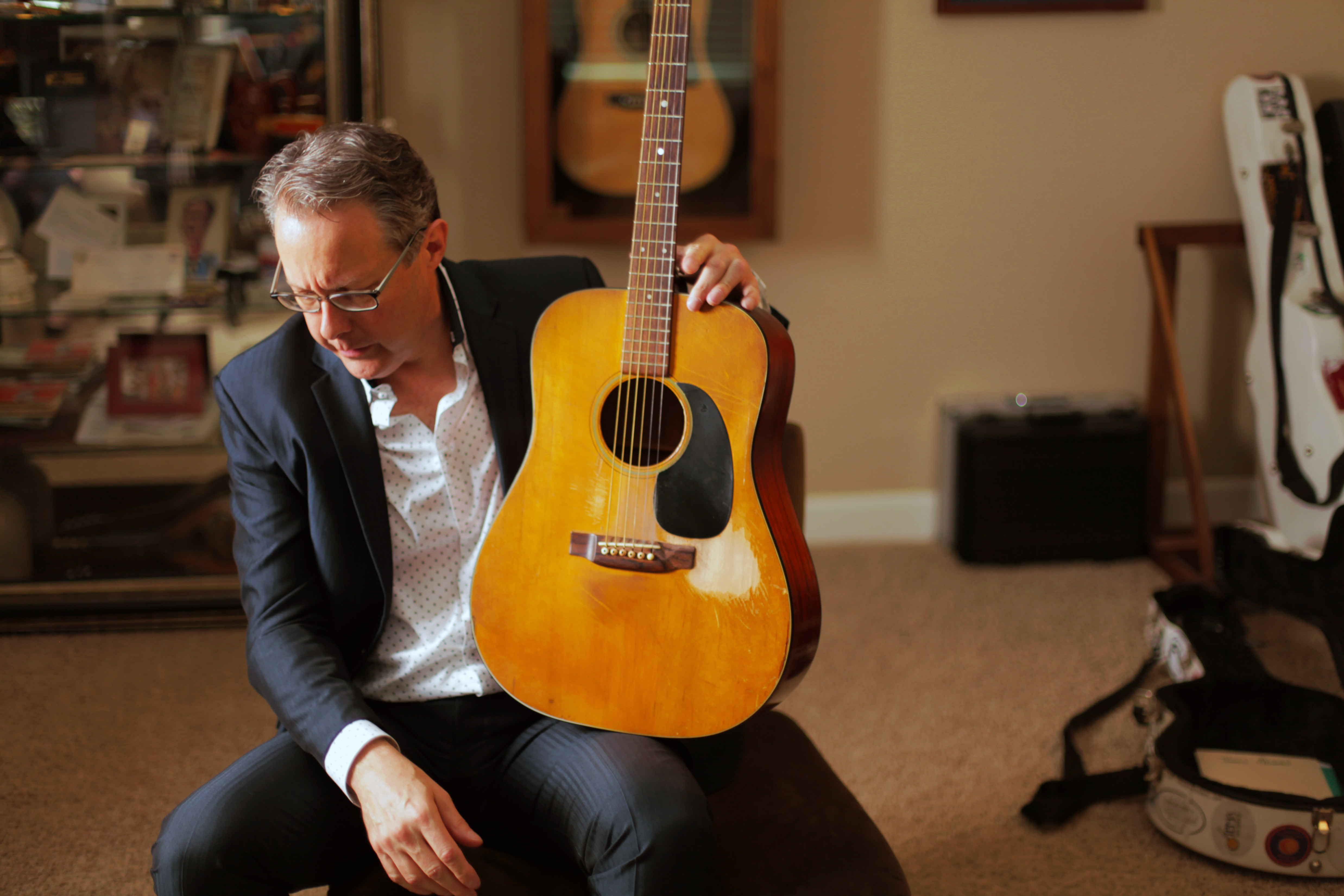 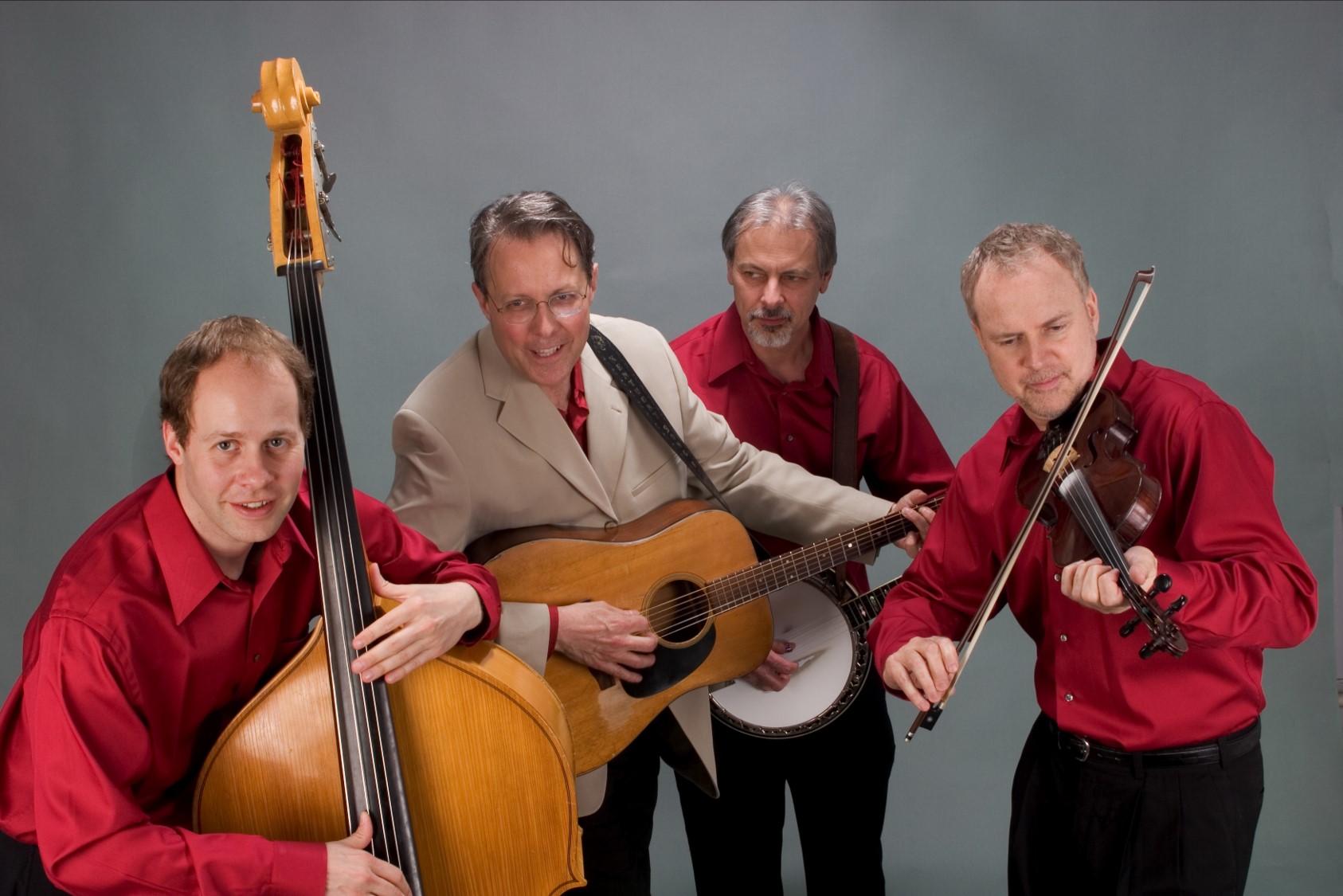 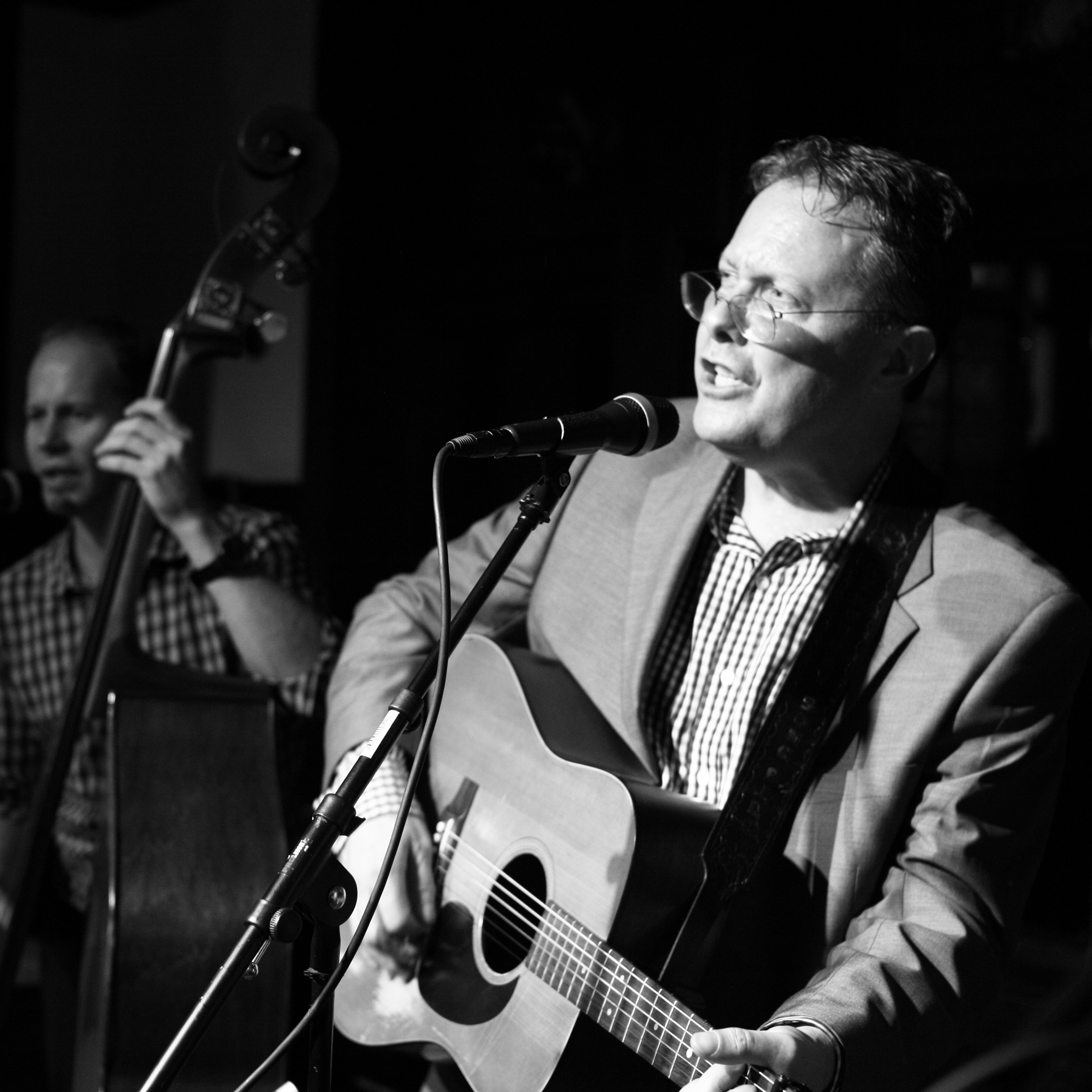 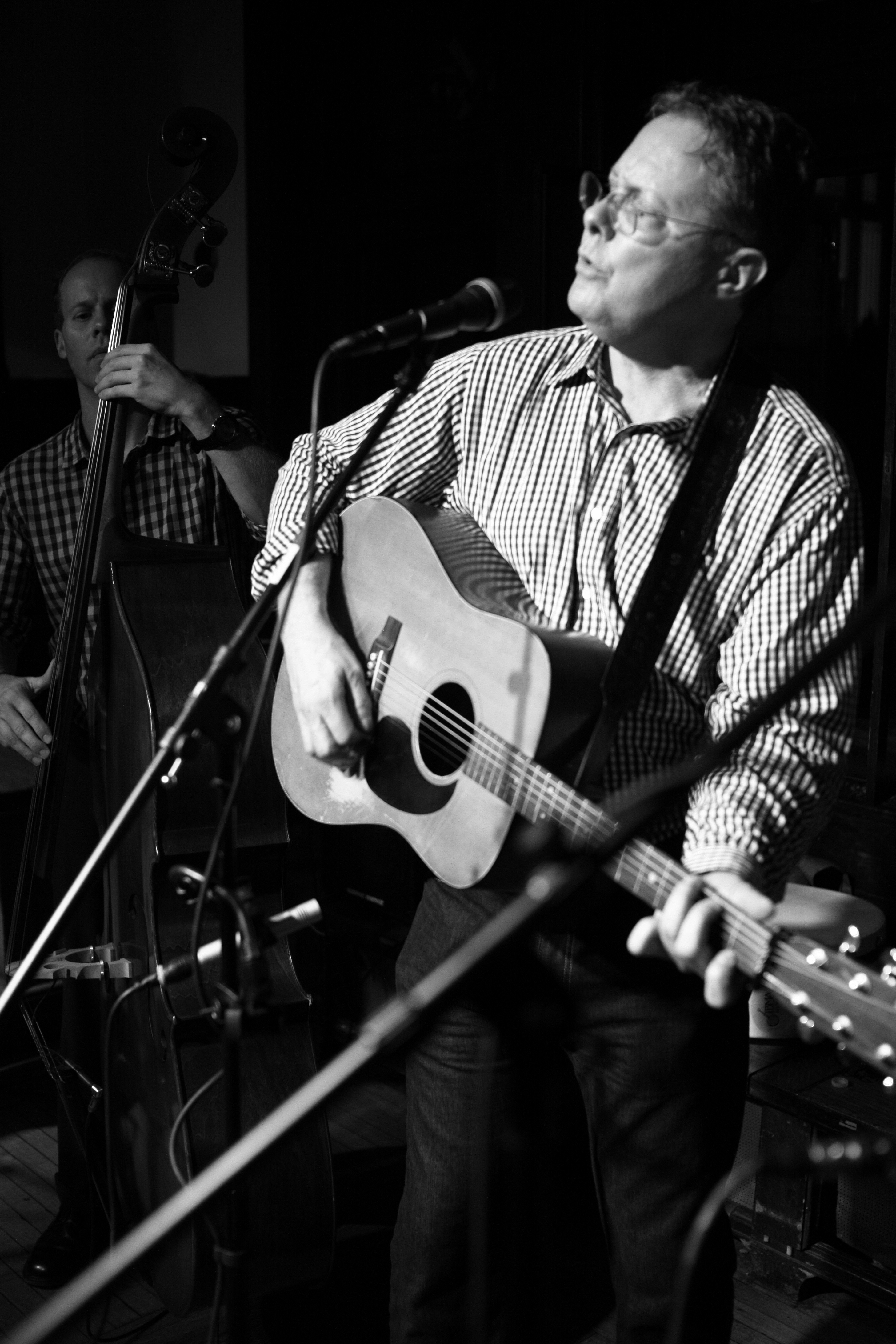 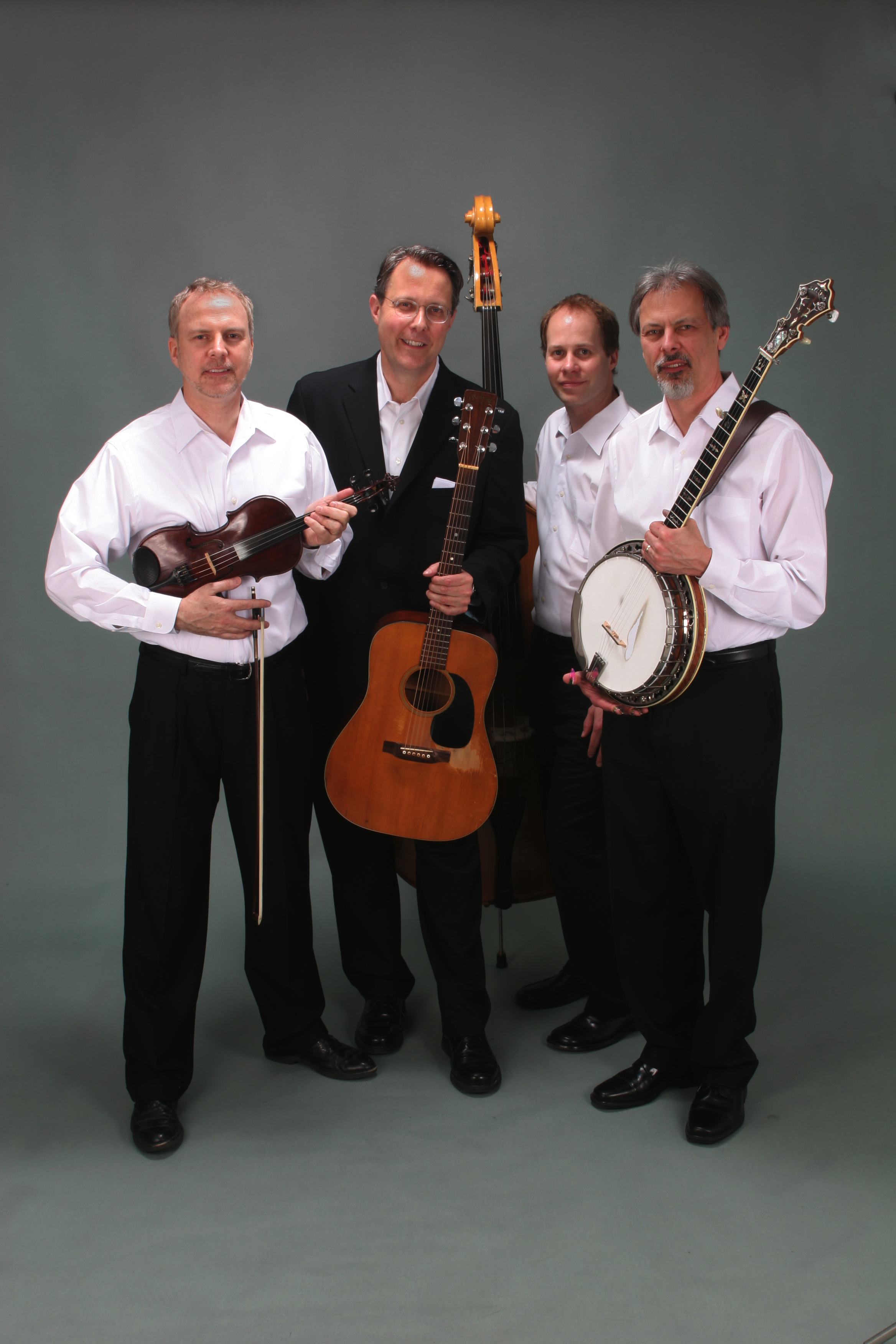 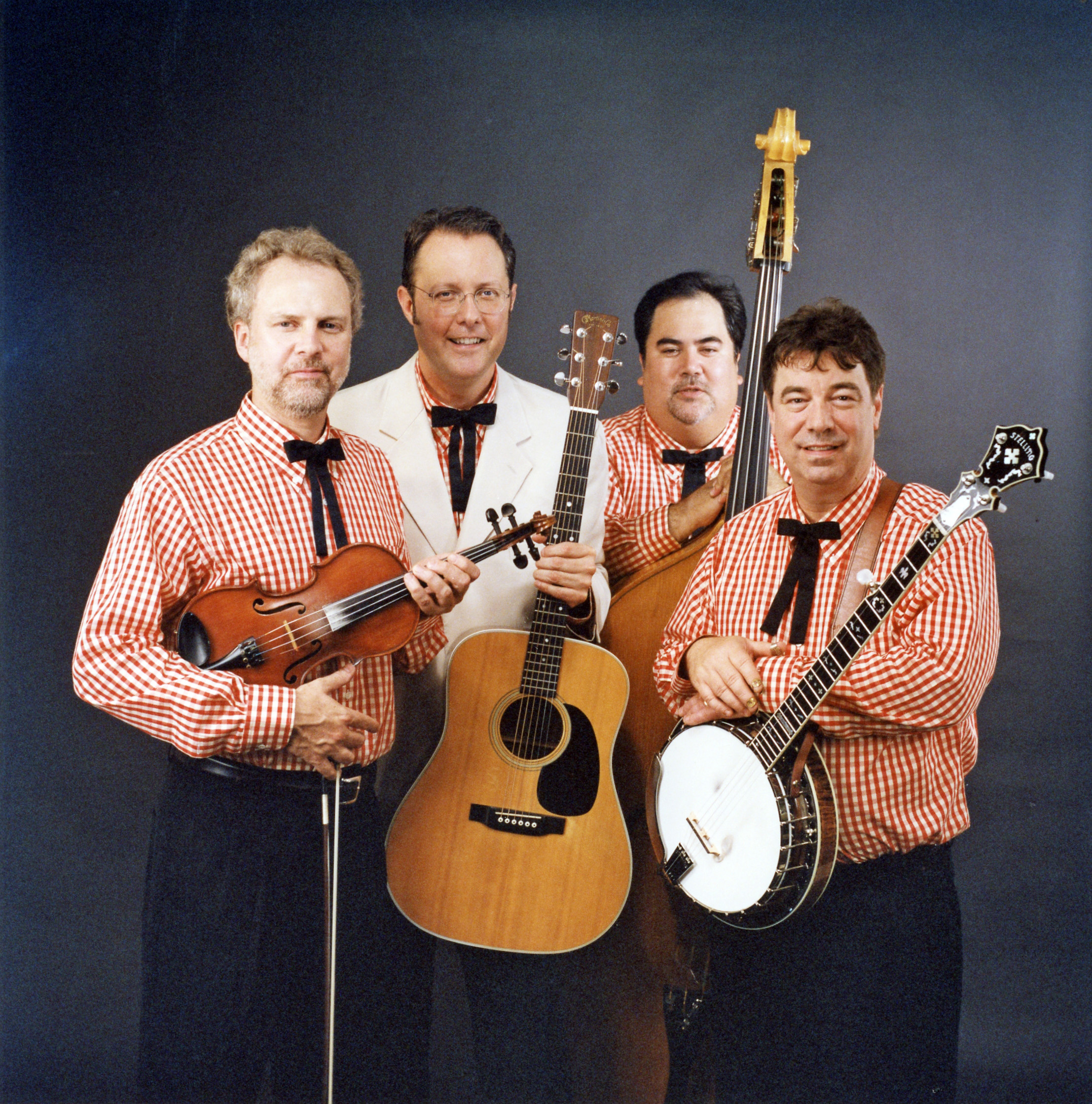 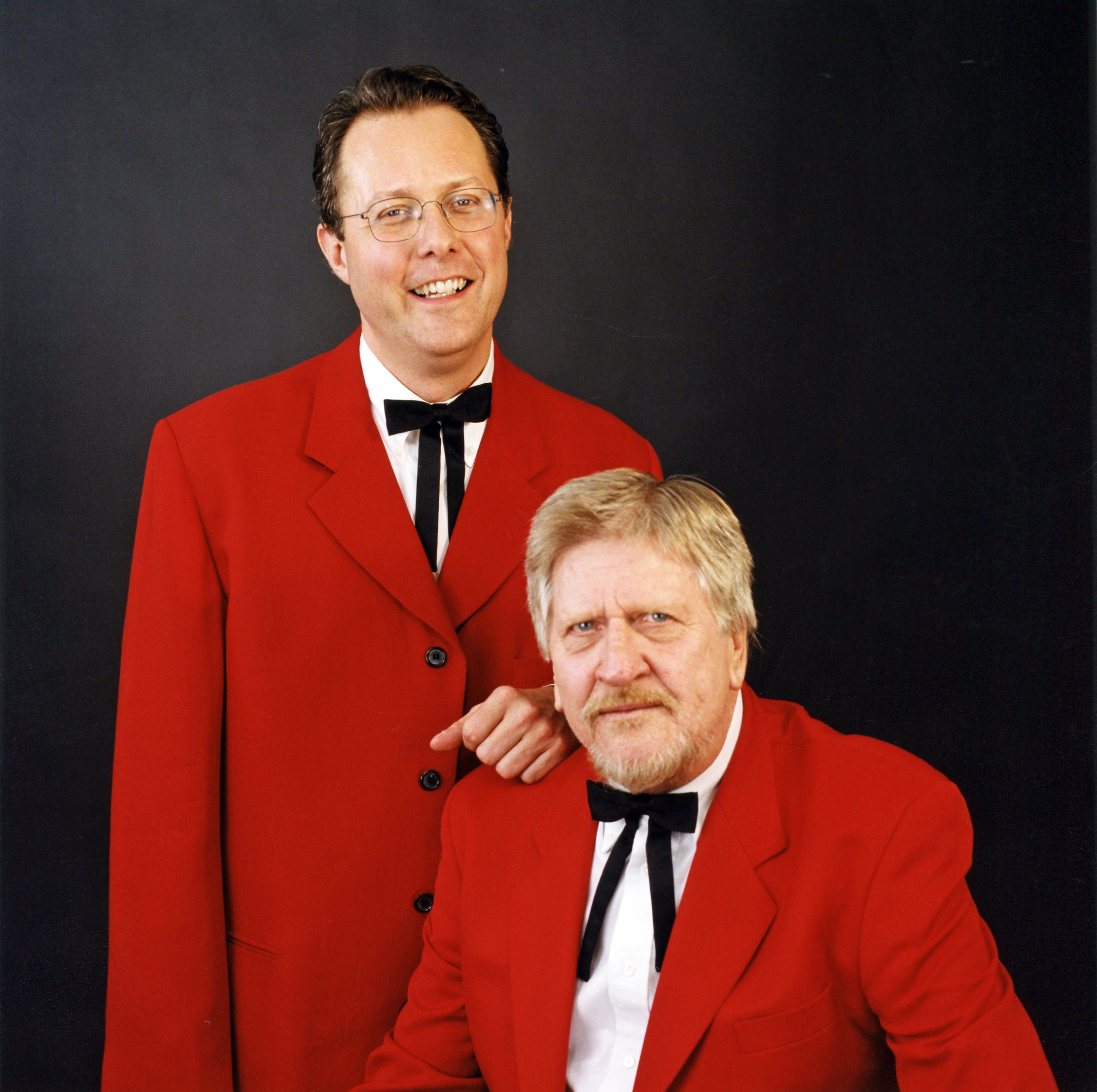