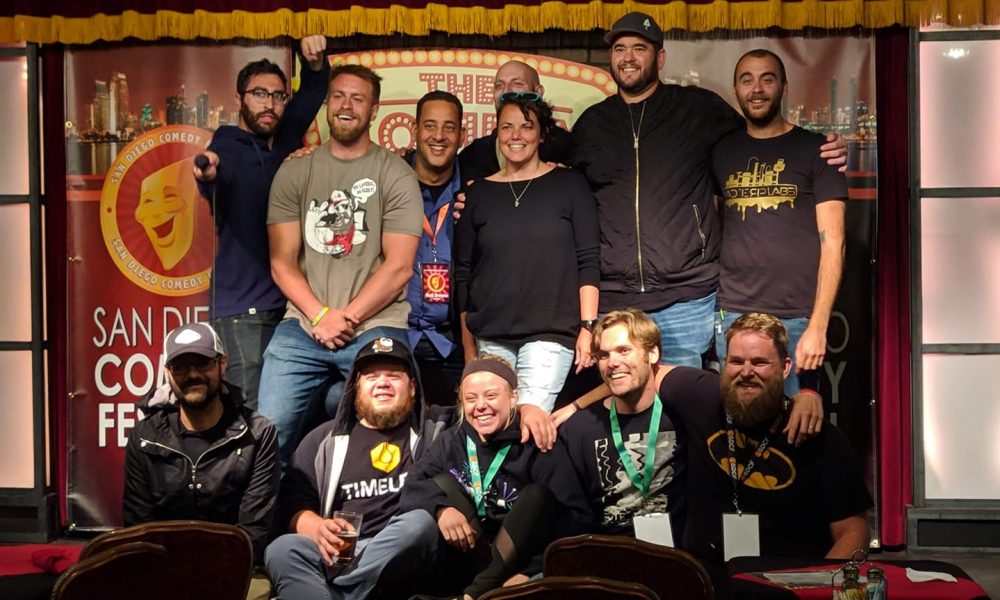 Today we’d like to introduce you to Hillary Hutson.

Hillary, let’s start with your story. We’d love to hear how you got started and how the journey has been so far.
In early 2015, my friend, Jack Galvin, began to explore a career in Comedy. He attended a Master’s Class with T.A. Burrows, and during the class, Mr. Burrows gave him this advice, “If there’s something you’re not good at, find someone who is and ask them to help you.” At the time, I was having some health issues and was in desperate need of something to occupy my mind. When Jack asked me to help him with his social media, I jumped at the chance. I read every book I could get my hands on about social media, stand up comedy, and the entertainment industry. After that things in comedy moved pretty quickly. A friend of a friend reached out and asked me to book some comedians for an event in Tempe. I had a few favorites in the Arizona comedy scene, and my experience in party planning and event planning for my parent’s church gave me confidence to step away from the computer. It was a terrible event for comedy, but we had a lot of fun and the relationships I made that weekend have helped shape my career.

As my health improved, it seemed I was being offered more and more opportunities to book performers for local showcases around the valley. Jack and I were the perfect duo. When I was lacking in the health department, Jack would step in and show up. We signed up to volunteer at the first annual Big Pine Comedy Festival in September 2015 and had zero idea what to expect when we arrived in Flagstaff. It was a three-day fest put on by a handful of local comedians with Ryan Stalder leading the charge. The weekend was magical. I was hooked on the energy, the idea, comedy, the city of Flagstaff. Everything. I knew driving home that Sunday from Flagstaff that I wanted to be involved more, in whatever capacity I could be.

I continued to work and learn as much in Phoenix as I could. I began booking my own monthly show at Rock Bar in old town Scottsdale. It was a great learning experience and fueled my love of the local scene and desire to help performers and artists even more. With every show, I felt healthier and more alive. Having a creative outlet and being able to provide opportunities to local comedians gave me life.

When Jack and I arrived in Flagstaff for the 2016 fest, Ryan pulled us aside and explained that he was looking for someone to take over Big Pine and wanted to know if Jack and I were up to the challenge. I was giddy with the prospect of new possibilities. We immediately converted Big Pine into a nonprofit organization. The Arizona art community had changed my life incredibly up to this point, and I knew Big Pine could be a platform to give back.

Over the next year, the Big Pine production team was born. Joe Gangemi, Brian Kearley, and Buck Newman were the first people crazy enough to join us. From there, our team grew slowly into what it is today. Our team of volunteers works year-round to make sure each year Big Pine audiences experience that same magic I did in 2015.

Big Pine has opened doors and opportunities that I could never imagine. I have had to adapt and learn on the fly almost daily. I sought out opportunities to work with comedy clubs, bookers, agents, talent scouts and entertainment industry professionals. I am grateful to those who have taken the time to teach me more about the industry and those who have helped me pursue my dream. I am a firm believer in the idea that to make it in this industry, you can not do it alone. I feel blessed to be surrounded and supported by such an amazing group of talented individuals.

In an effort to help those outside of the Big Pine team, we developed Broken Drift Productions. Broken Drift is the merging of two local production companies, Broken Crown Productions and Drift Compatible. Together, we work to provide a voice and an outlet for artists and performers nationwide. Broken Drift tours the country producing shows, scouting new talent, volunteering at other festivals, developing educational content, and seeking out ways to provide more opportunities for performers in our network. The new Broken Drift website is scheduled to launch in January 2020. It is designed to be a one of a kind content hub; promoting and supporting artists and performers as they make their next step in their careers.

Great, so let’s dig a little deeper into the story – has it been an easy path overall and if not, what were the challenges you’ve had to overcome?
Everything is an obstacle. Comedy is alive. It has a life of its own. You have to be able to think on your feet and move quickly because it can all change within a second. My biggest challenges have been learning to be flexible and adapt at the drop of a hat.  I’m a planner. I like things to be organized and in order. Nothing about comedy is in order. I rely heavily on my team to keep me grounded in the moments of madness.

One of the things I’m most proud of has been finding a balance between being a “stay at home” mom to three kids, battling my ongoing health issues, and continuing to move and grow in the ever-changing entertainment industry. It is a juggling act.

Big Pine Comedy Festival and Broken Drift Productions – what should we know? What do you guys do best? What sets you apart from the competition?
I am a big believer in networking and helping others. I didn’t get into this to make a ton of money, see my name in print (although this is pretty cool) or to be a household name. I don’t measure success in dollars or likes on social media. I value experiences and the ability to help open doors for other creatives like myself. I think that is one thing that has set me apart from others. I’m not working for opportunities and stage time for me, I’m working for stage time and opportunities for YOU!

One of the crazy things about this industry is that being funny is only about 1/4 of the job. A lot of it is about being making connections, stepping outside of your personal comfort zone when you’re not on stage, and handling the business side of this industry. Many performers are talented. They can get on stage and make people laugh with ease. All of the other stuff off stage becomes a hang-up, and a lot of the time it’s only because performers don’t realize what a small part of the equation getting on stage telling jokes is.

Broken Drift Productions has been working to develop a series of free educational workshops and panels available to the public. These panels cover an array of topics such as How to Make the Most of Comedy Festivals & Competitions, Writing Comedy for TV, Women in Comedy, and more. I’m excited about the content we have created to help other performers. I hope people are able to find these panels useful and implement some of the things discussed to create movement in their own careers.

On top of working with Broken Drift Productions and managing the Big Pine production team, I try to have a handful of other projects going on at one time. I have worked with a number of festivals (San Diego Comedy Festival, NoHoComedy Festival, Big Sky Comedy Festival, Bird City Comedy Festival (2016 & 2017), All Things Comedy Festival (2017) and comedy clubs (House of Comedy, The Comedy Palace, and Stand Up Live). Shout out to Casey Currier for always having my back regardless of comedy politics! I’m currently working on a couple of projects including an upcoming a series called, “My Next Step” where we highlight comedians and their comedic journeys. We recorded our first episode with Big Irish Jay this past Spring and I’m looking forward to sharing the final product. I’ve also recently invested in Laughs Unlimited Comedy Club in Sacramento, California and I’m excited to see where that adventure takes me.

Tell us about your favorite and least favorites things about our city.
I love the Phoenix art community. I’ve seen a change in the Phoenix comedy scene in the last few years. When I first started out, a countless number of people said, “Good Luck. You’ll have to work for ten years in this industry before you ever accomplish anything.” It has been a pleasure proving those people wrong. I think over the last few years that mentality has changed. People are less jaded and cynical because real talent is starting to get noticed. There is no longer has a dog eat dog feel. I hope the idea of working together is catching on. I hope that people are realizing that the table is big enough for everyone to have a seat provided they are willing to put in the work. I love to see locals support each other and rally around one another. I truly believe that we can “all move forward together”.

I think a lot of artists feel like they can’t be “discovered” in Phoenix and feel that they have to move to LA or New York in order to make it in this industry. I would hate for that to be true. Phoenix is one of the fastest-growing cities in the nation. We have an incredible art community and an outstanding pool of talent. I would love to help create an avenue for performers to take the next step without having to move out of the state. 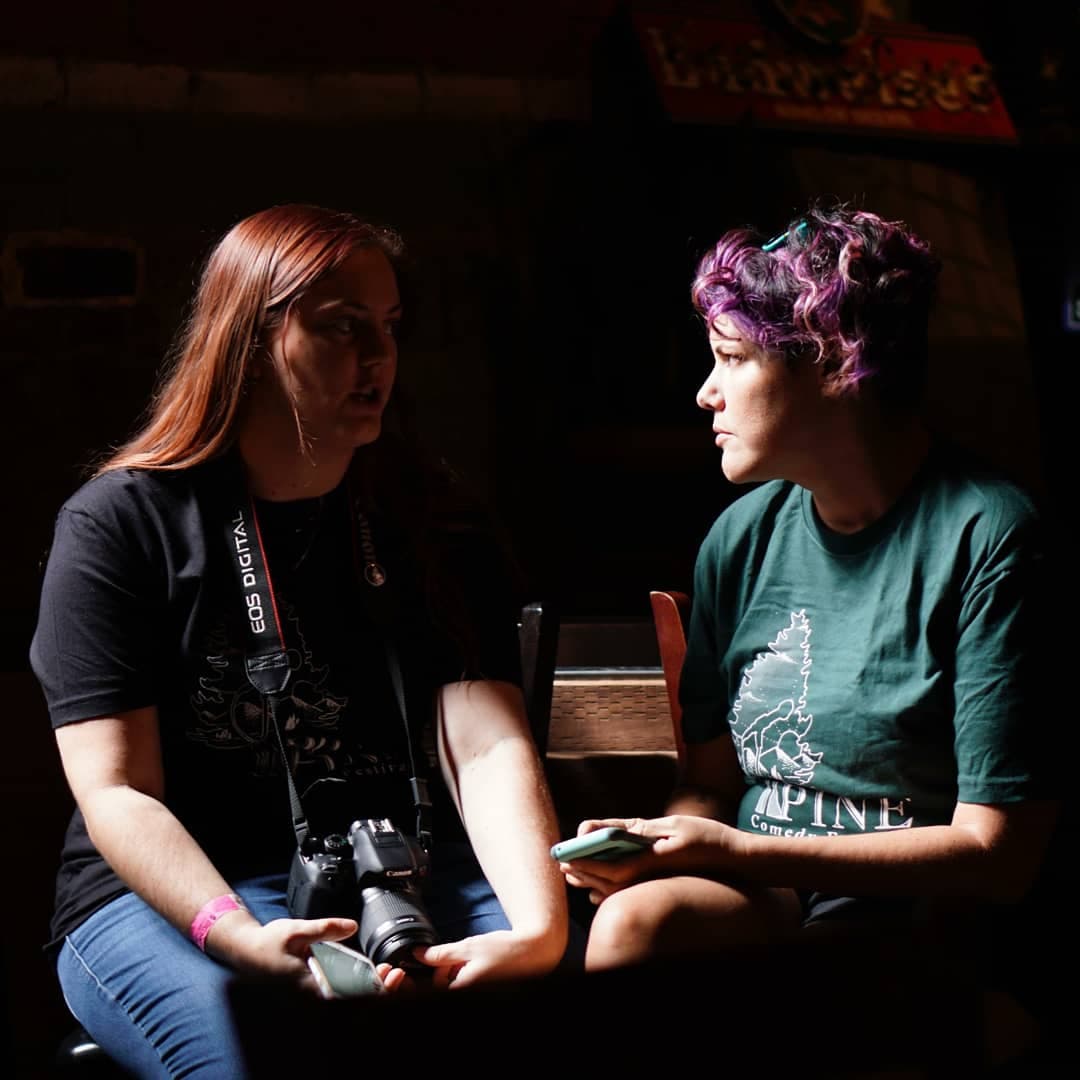 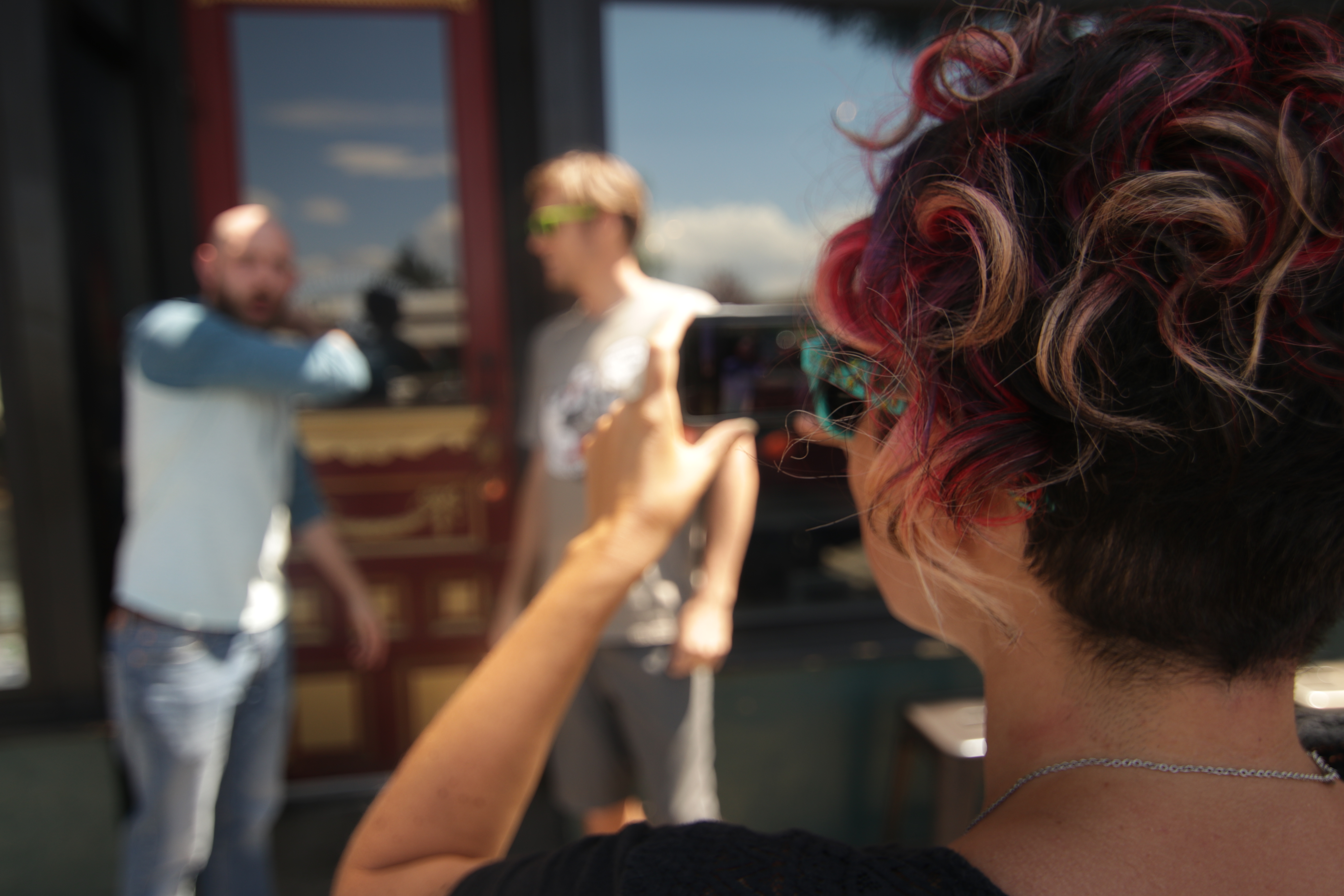 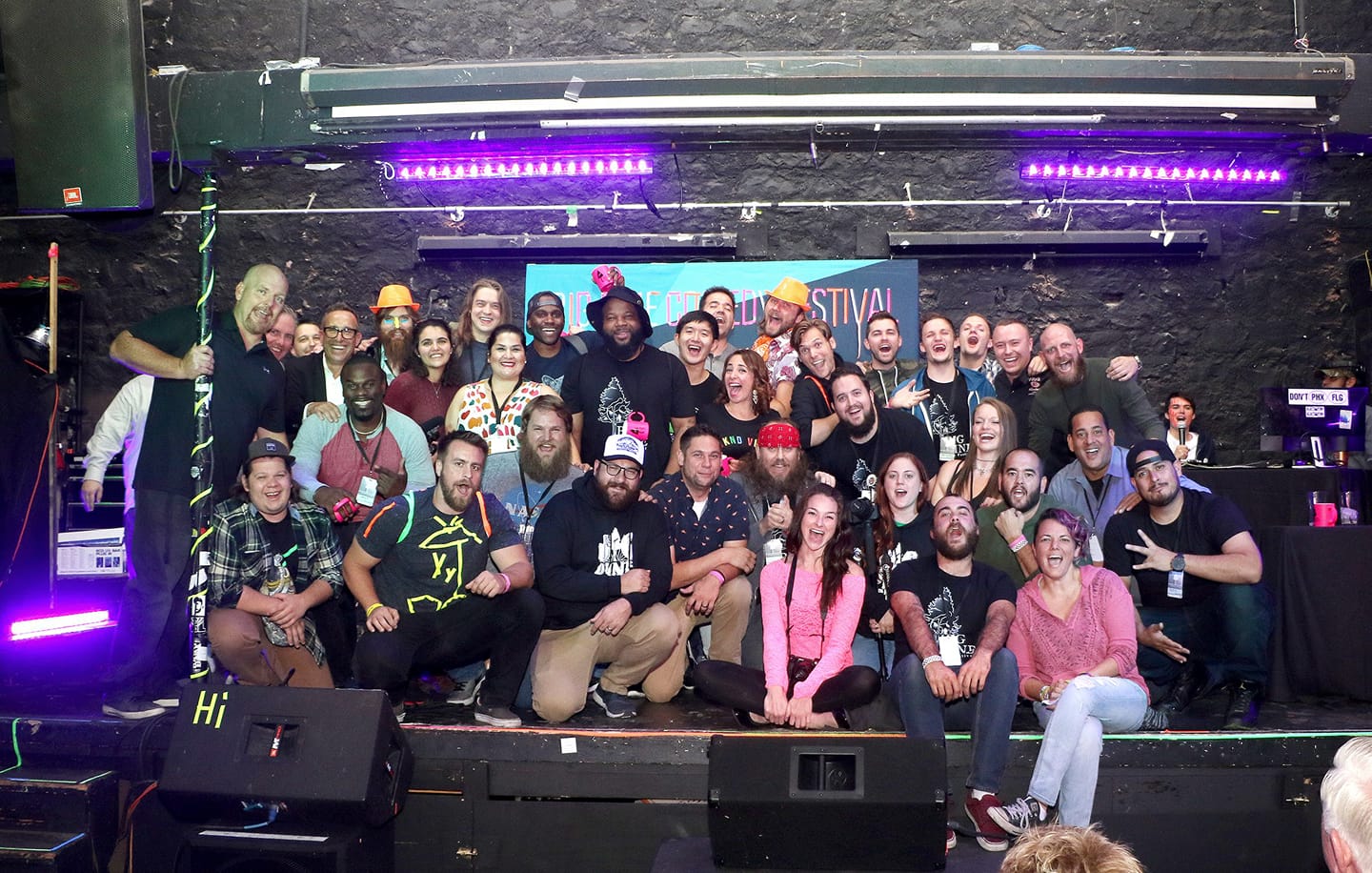 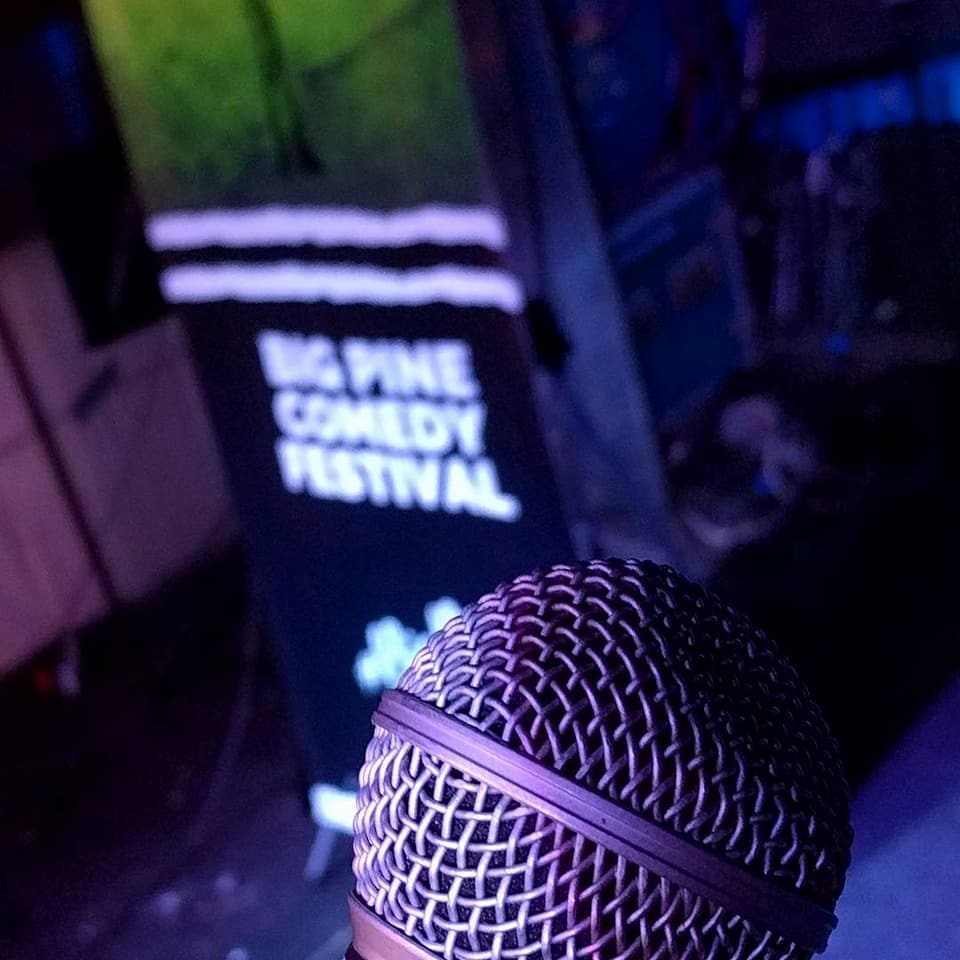 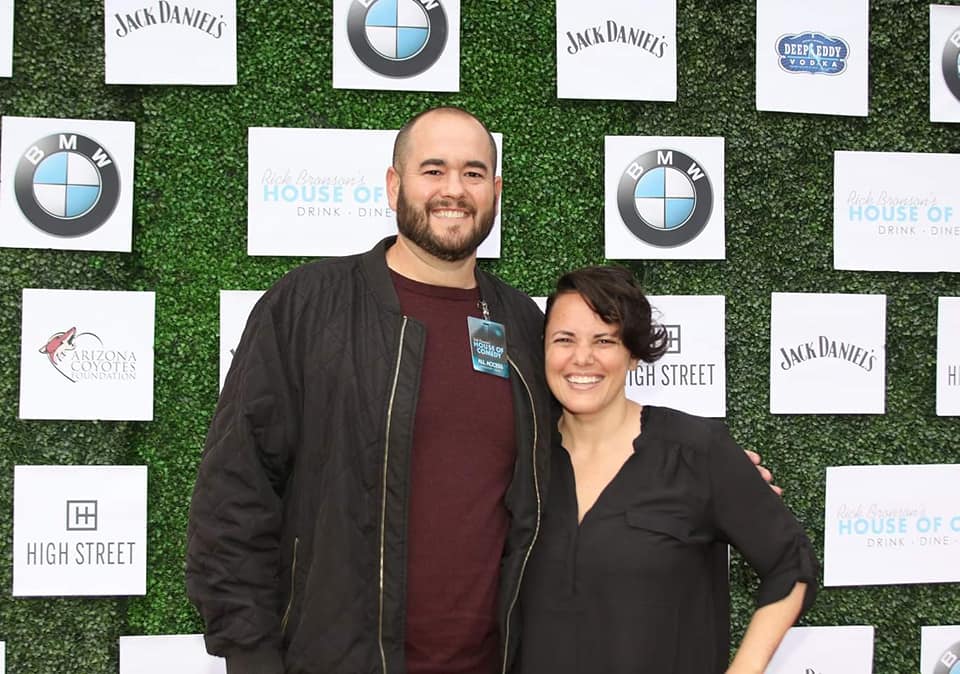 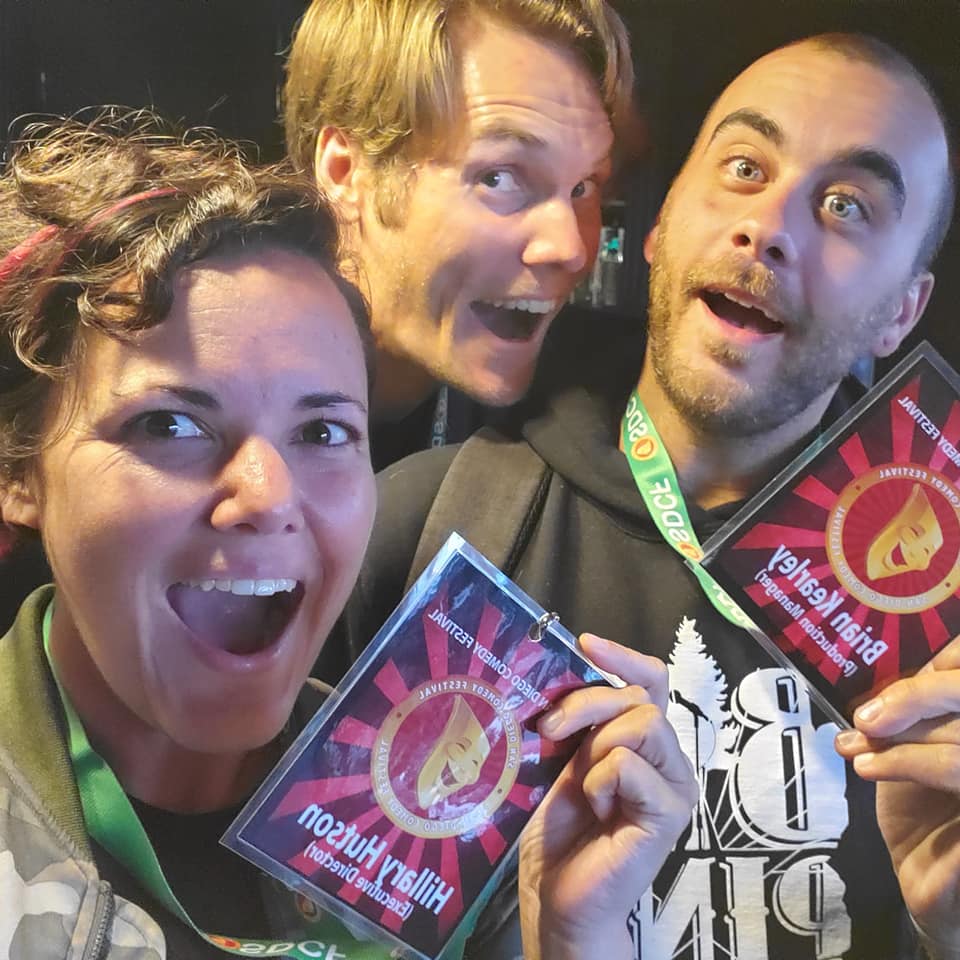 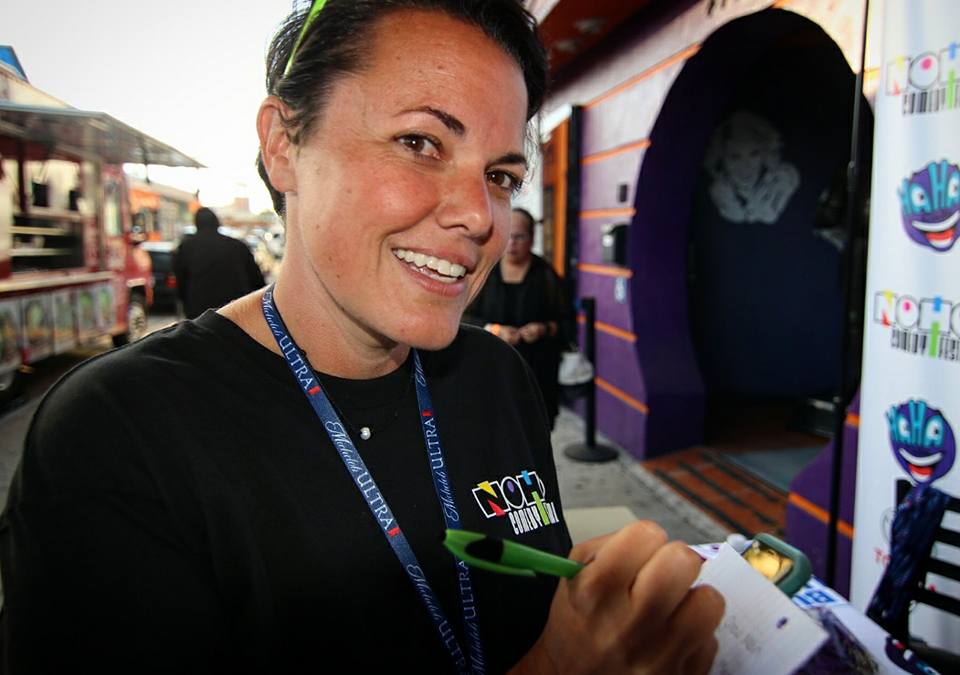