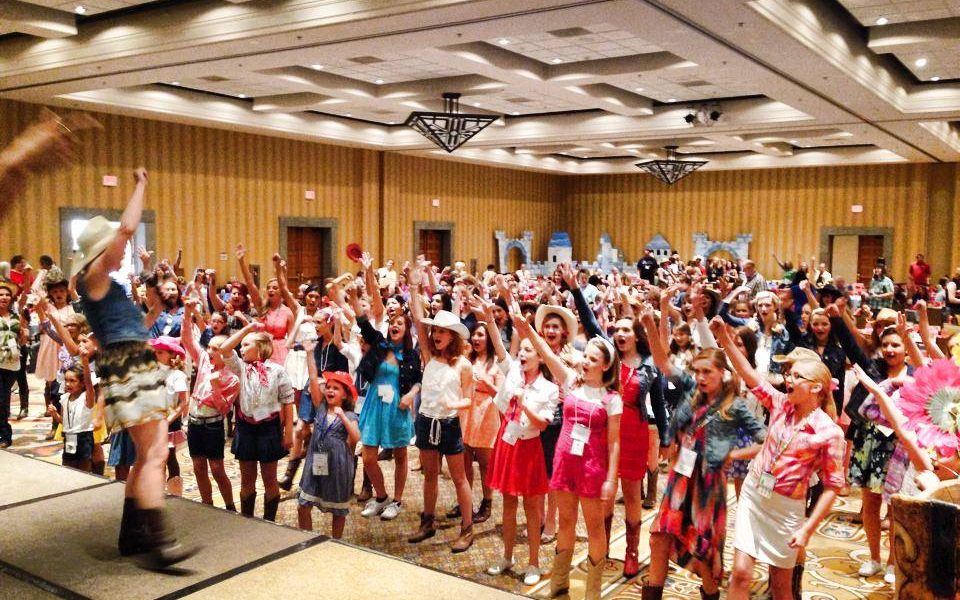 Arizona Cinderella began in 1977. Bob and Denise Swartzman were the directors from 1983 and continued producing the state pageant until 2012, when they lost their beloved Denise to Pancreatic Cancer. Denise was an avid supporter of youth development in her city of Bullhead and throughout the state through Cinderella. During their years of directorship, the Swartzman’s awarded over $100,000.00 in cash and college scholarships and grew their state pageant to 190 and the largest in the nation. You will find that her love and devotion to youth development was honored by the Bullhead City Boys & Girls Club as it is named after her as is the High School Baseball Field. She was alive to see the naming of the Baseball field after her but was not alive to see the dedication of the Boys & Girls Club. During the last days of her life, she and Bob made the decision to turn over the reins of Arizona Cinderella to us, the Nurss Family.

Their Cinderella journey began in 1987, when their oldest daughter, Erin, competed in her first Arizona Cinderella Pageant Preliminary in Sierra Vista, AZ. (Cochise County Pageant) she was 3 years old. She went on to compete in the Arizona State Cinderella Pageant in June of 1988 in Laughlin, NV, as the State Directors, Bob & Denise Swartzman lived in Bullhead City, AZ. Erin continued in her Cinderella Journey for the next 20 years by attending the Arizona Cinderella State Finals each year. During this time, there were 5 Arizona Cinderella State Titles: Tot, Miniature Miss, Miss, Teen and College Age. Erin went on to win all 5 Arizona State Titles, being the first in the nation to do this. After her years of Cinderella participation, she went on to compete in the Miss Arizona Scholarship Pageant and was crowned Miss Arizona in June of 2008 and went on to compete on the Miss America Stage in January 2009. (Planet Hollywood, Las Vegas, NV.) Erin used her Cinderella and Miss America college scholarships and earned her Bachelor’s degree in Nutritional Sciences and a Master’s degree in Public Health from the University of Arizona.

Their youngest daughter, Adrienne also competed in her first Arizona Cinderella Pageant Preliminary at the age of 3. She, too, competed in Arizona Cinderella for 20 years. Her journey in Cinderella was a little different than that of her sisters. She competed for 9 years before she earned an AZ Cinderella State title. She went on to hold 2 AZ Cinderella State titles and was highly recognized at the International Cinderella Pageant receiving Top 5 honors. After her years of Cinderella participation, she was the first Miss Arizona’s Outstanding Teen in 2005 (the little sister program to Miss Arizona/Miss America) and received Top 10 honors at the Miss America’s Outstanding Teen Pageant. (Rosen Center, Orlando, FL) Adrienne also used her college scholarships from these organizations to earn a Bachelor’s degree in Communication from the University of Arizona.

Parents, Mike & Terry Nurss shared a belief in the importance of youth development and began their leadership in the organization at the local level. They were the directors for the Cochise County Cinderella Scholarship Program from 1988-2008. They gave up the directorship for Cochise County in 2008 as their jobs took them to Albuquerque and then on to Dallas, but they continued to support the program as staff at the state pageant each summer.

Upon their return to Arizona in 2013, the Nurss family made a family decision to continue the investment in their young ladies in Arizona by accepting the Arizona Cinderella Scholarship Pageant from the Swartzman Family.

Arizona Cinderella continues to be the largest and most competitive state organization in the country, with 15 local competitions around the state and nearly 150 girls participating in their state competition each year. They continue to award over $4,000 in cash, and $7,400 in college scholarships each year. Through the years, Arizona has had 13 girls capture overall titles at the International Cinderella Pageant.

Cinderella offers young ladies a place to belong. They foster a positive self-identity and give them knowledge, skills, strategies and attitudes necessary to have a positive foundation for success. They promote community involvement, strengthen social competencies, encourage higher education, and most importantly develop a strong and positive moral compass.

We’re always bombarded by how great it is to pursue your passion, etc – but we’ve spoken with enough people to know that it’s not always easy. Overall, would you say things have been easy for you?
Maintaining a program of this caliber has included its ups and downs. The Nurss Family has served in nearly every capacity of the organization, as we’ve been participants and parents, overall winners/representatives, local directors, state production staff, and the business administration aspect of the organization. As such, we worked alongside the Swartzman family to learn the intricacies and forward thinking necessary to continue making a difference in the lives of young women.

One of the biggest challenges came when Denise passed away. She built an incredible legacy and was a huge inspiration to the thousands of girls and families she met. We made a commitment to always honor her legacy and to continue fostering the core values she believed in. It was a difficult transition, as we balanced the sadness and loss with the fun, positive atmosphere we strive to create.

Around this same time, we made a difficult decision to move the pageant from its longtime home in Laughlin, NV to Tucson. While Laughlin had wonderful entertainment for the parents, and beautiful staging venues, it wasn’t aligning with the core belief of positive environment for youth. We were challenged with finding a new facility that could accommodate our 7-day event, as well as educating the staff at our new facility about the ins and outs of our program. There were so many details to consider including, moving 350 people from event to event and meals, ballroom space that could accommodate a full size stage, lighting and professional sound systems, and finding a contractor who could build that full size stage. We also had to navigate the many questions from our families and while it was very stressful, we were able to work through the difficulties. After 4 years at our new location in Tucson, we once again have a well-oiled machine.

So let’s switch gears a bit and go into the Arizona Cinderella Scholarship Pageant story. Tell us more about the business.
Arizona Cinderella is a youth development program, formatted as a pageant, for girls ages 3-29. We specialize in helping young women develop skills and qualities that contribute to success in all aspects of life.

Participants learn communication skills through a personal interview and an on-stage introduction, as well as dedication and hard work as they prepare for the talent portion of the competition. They also develop their own sense of style, poise, and confidence through our 2 modeling phases of competition. However, it’s important to note that we are not a fashion contest, nor are we a beauty contest. We encourage real clothes, on real kids, with minimal make-up. We want the girls to be themselves, while learning how to be well-groomed. We also foster social development through the various meal parties we have. Each day of the state competition has a different themed meal, where the participants practice manners while eating in a formal setting, and they have a chance to meet other young women their age through dancing and social interaction. Each party also features a stage show put on by our team of professional entertainers.

Finally, we focus on the importance of sportsmanship. With nearly 150 participants and only 5 overall winners, we know not everyone can win. We encourage all of the participants to focus on presenting the best version of themselves, and to remember that personal growth and being proud of one’s performance is far more important than any formal recognition they receive. We also help them understand and cope with defeat, and expect that each girl who doesn’t win continue to demonstrate good sportsmanship by supporting their fellow participants, regardless of the outcome. We WIN or we LEARN. We never lose.

Arizona Cinderella also offers a Baby Pageant for girls’ ages 0-35 months, which is intended to serve as an introduction to the program for families looking for a positive atmosphere for their girls.

Finally, we believe in fostering a sense of community and belonging. Each local director coordinates activities and events for the girls in their areas throughout the year. These serve as opportunities for the girls and their families to grow their friendships and refine their interpersonal skills. We truly believe it takes a village to raise children and we pride ourselves on helping families create a village that raises strong, confident, well-spoken young ladies and women.

Has luck played a meaningful role in your life and business?
We truly believe that “LUCK” is where Opportunity and Preparation meet. We were “lucky” to learn from the best state directors in the country—The Swartzman Family. Behind the fabulous production vision of Denise, her genuine love for children, and the strategic business model created by Bob, we were blessed to have met them through the Cinderella Program. We spent 25+ years with the Swartzman Family traveling nationally and abroad all because of this children’s youth development program, Arizona Cinderella Scholarship Program. We were “lucky” to find a system where integrity, honesty, trust-worthiness, a sense of justice and fairness, respect, caring & spirituality all come together for the betterment of young ladies and their families. 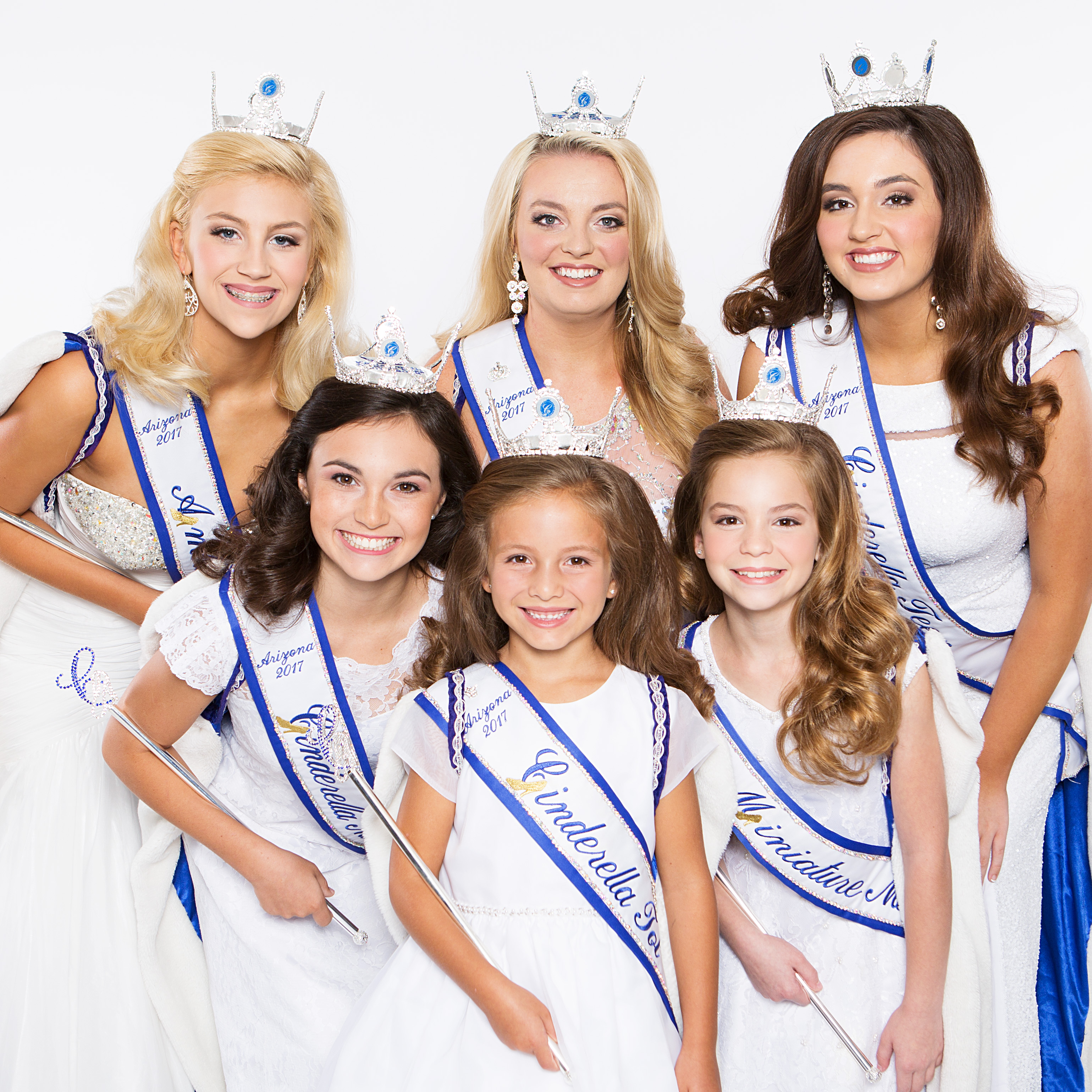 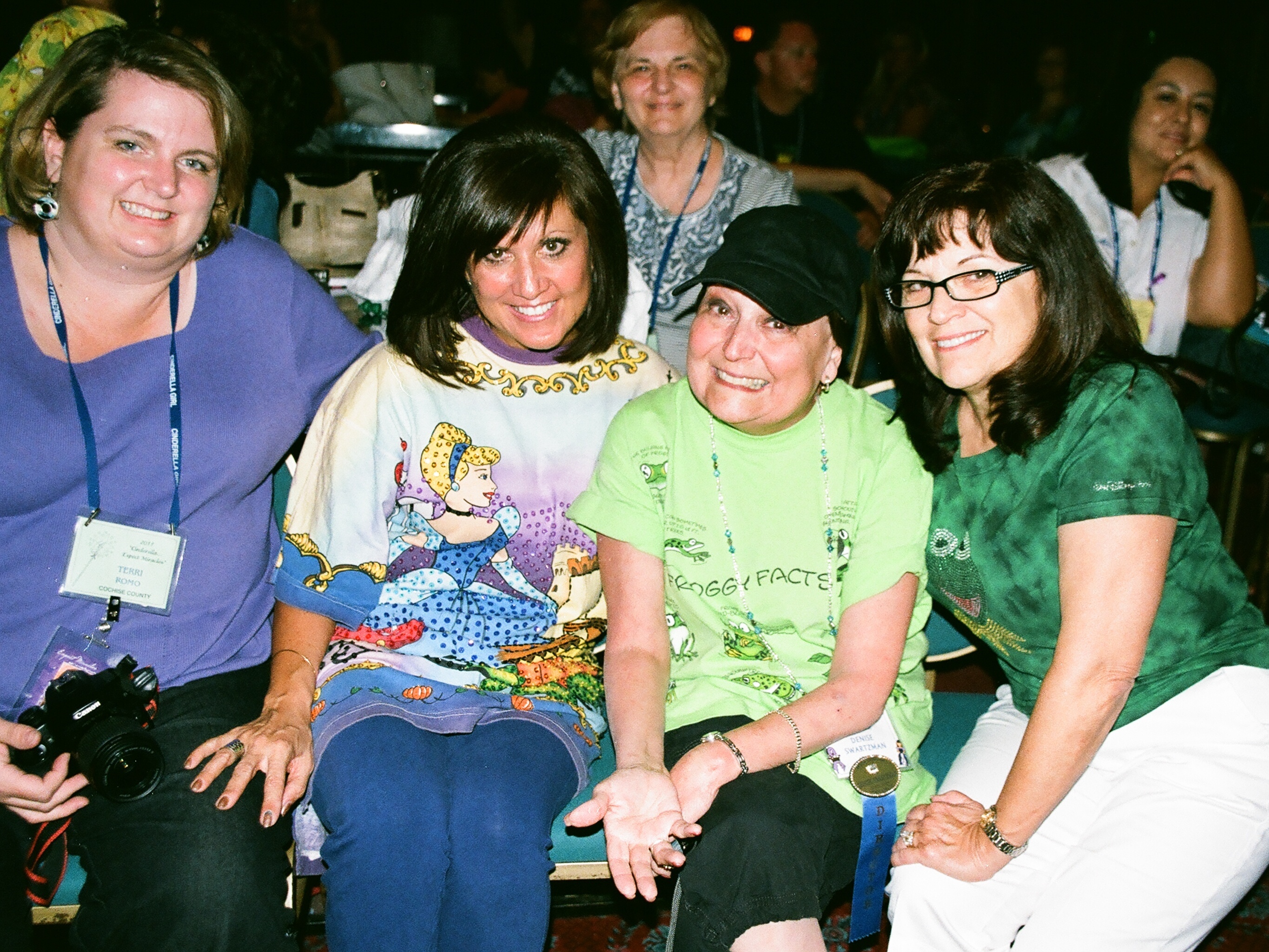 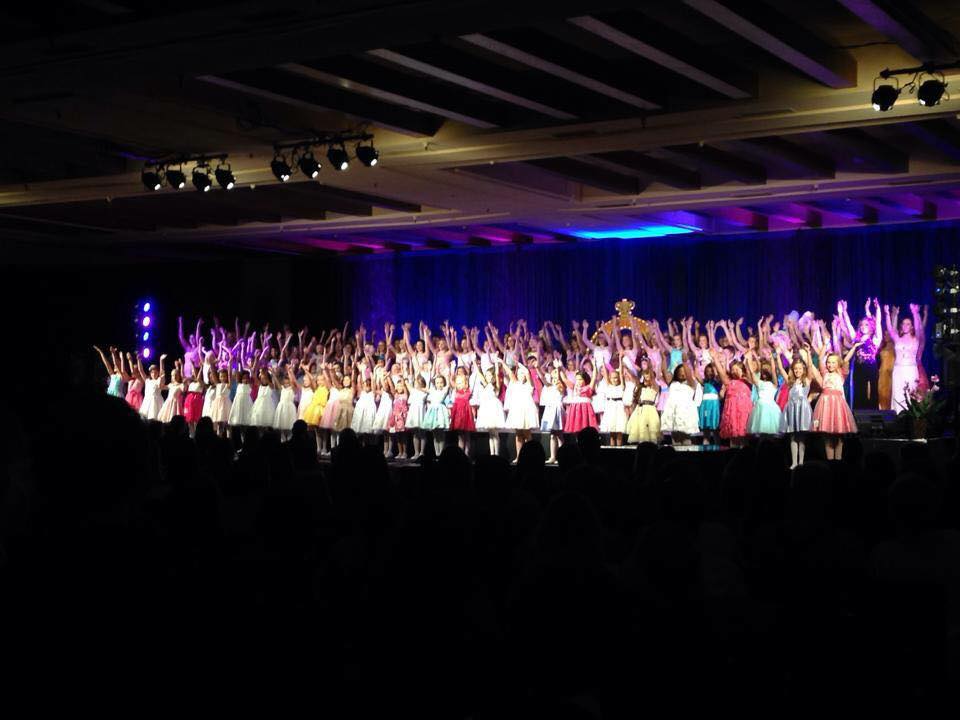 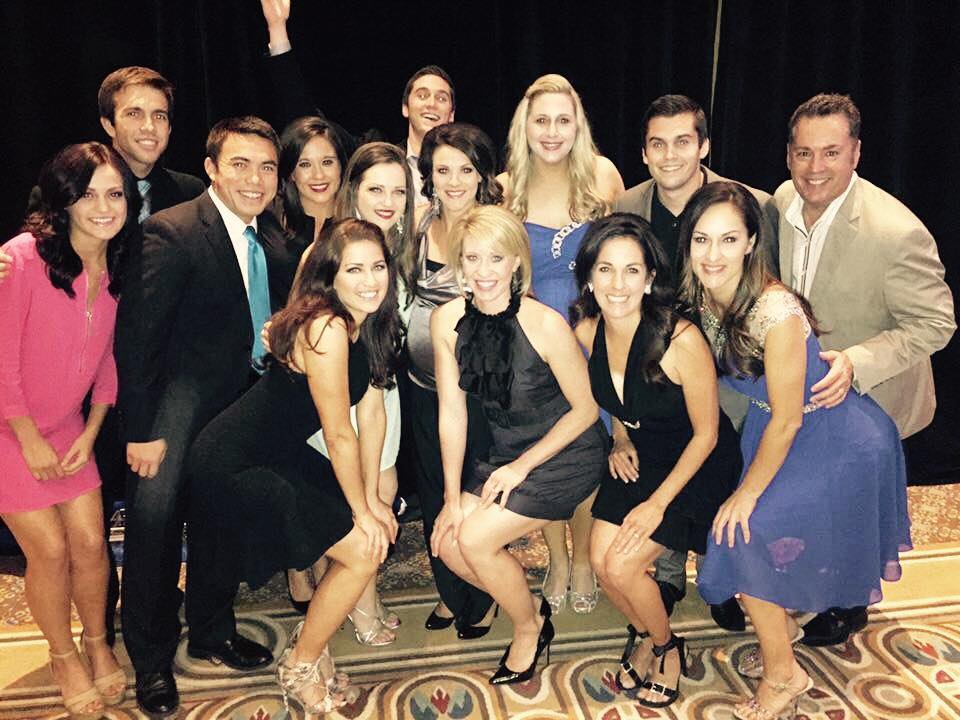