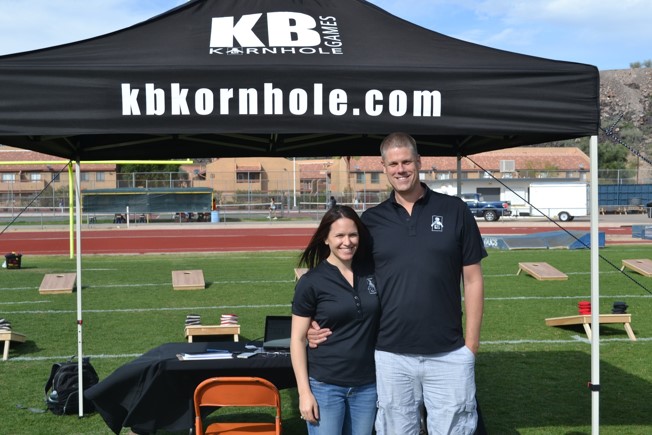 Today we’d like to introduce you to Dr. Todd Kisicki.

Thanks for sharing your story with us Dr. Todd. So, let’s start at the beginning and we can move on from there.
My father started building cornhole sets so that me and my siblings could each have a set in our yards for when we had get togethers. My family started talking about how we could make and sell or rent the boards as a side business–KB Kornhole Games was born.

Unfortunately, we quickly learned that making cornhole boards in the garage was tough work and to further deflate our vision, there were a few talented suppliers locally that were already making high quality boards. So, we took the supply that we had and decided to organize a fundraiser at our local park. We found out quickly that directing the event came natural but we also enjoyed the social interactions that we had with the players and guests who came out to support the cause that we were raising money for.

At the time of our first event (April 2015), I was teaching at Arizona State University and my summer break was coming up so I had some extra time available to me. I decided that I would start contacting various venues to see if they were interested in hosting either weekly or one-time events. I must’ve contacted over 100 venues with pretty limited success but I was fortunate enough to make connections with a few venues. Once September hit, we had secured about 20 events to direct throughout the remainder of 2015.

The events in 2015 were a great learning experiences and really helped us fine-tune our events. We were getting noticed by organizations who saw the potential in organizing a fundraiser, a team building activity or a social event at their venue and hiring us to direct the cornhole portion of the event since we had a solid foundation and the infrastructure to pull it off.

In early 2016, one of the top Arizona Players, Doug Zafft, introduced me to the American Cornhole League (iplayacl.com) and he thought it would be a nice for the competitive cornhole group to be part of something bigger. I investigated the ACL and started using their software so that the players in the area could start getting ranked on a local, state and national level.

At the same time, I started to build a relationship with the CEO of the American Cornhole League, Stacey Moore. Being relatively new to the cornhole world, I passed along my observations from cornhole in the western part of the country. I eventually joined the ACL’s leadership team in an advisory role at first and now as a national director where my role is to help direct the largest cornhole tournaments in the US and oversee the 300+ directors around the county.

Also in 2016, we started the first ever Arizona State Cornhole Championships at a park in Queen Creek with a very humble turnout. The next year, I decided to shoot for the moon and rent out the Westworld Equidome in Scottsdale for the second annual championships. We are coming up on our fourth edition of the state championships on August 17-18 at Ability360 Sports and Fitness (the third year was held at this location, as well).

In a few weeks, we have an ACL National Event at Harrah’s Ak-Chin casino in Maricopa on May 17-19, which will include an ESPN broadcast and hundreds of players traveling from all over the country to compete in the event. It’s a really huge step for cornhole in the state of Arizona and I’m really proud that I was able to play a part in bringing this event here.

When the opportunity became available I pushed for it because of the support we have received from the local players around Arizona over the years. The players in Arizona always travel very well to out of state tournaments and I see this as a reward for their dedication and support to KB Kornhole Games and the ACL.

On August 17-18, we will be hosting the 2019 Arizona State Cornhole Championships (4th Annual) at Ability360 Sports & Fitness Center in Phoenix.

Overall, has it been relatively smooth? If not, what were some of the struggles along the way?
The road to get to where we are has been rewarding, challenging, gratifying, stressful, and amazing all at once. KB Kornhole Games and my role with the American Cornhole League has consumed much of my life for the past four years.

In December 2016, I decided to leave my teaching position at ASU and go full time with growing KB Kornhole Games. With the support of my wife, I made this decision for a number of reasons: (1) I wanted to be my own boss, (3) I enjoyed running events with my wife and we compliment each other well with her outgoing spirit and my attention to the details, (3) I wanted to build something that our young daughter could eventually be part of.

With any business, there are going to be struggles but I’ve learned through experience that you have to follow your vision. Our vision/mission has always been to “bring people together one cornhole game at a time.” We provide an environment where the players can show up, throw bags and have a good time. Preparation is the key to this model.

For every 3-4 hour event that we direct, there is another 9-12 hours of preparation, both pre- and post-event, in order to enhance the player experience.

Please tell us about KB Kornhole Games.
I’ve touched on some of the points in the previous responses so I’ll try to hit some new points here. To sum it up, KB Kornhole Games runs professionally organized cornhole tournaments for a variety of groups including competitive events, fundraisers, corporate events, birthday parties, team building activities, bars/tap rooms, festivals… you name it.

We just celebrated our four year anniversary on April 11, 2019, and over the course of these four years, we have run over 200 events for a wide variety of groups. We are known for being the premiere cornhole event group in the country! Once someone decides to include KB Kornhole Games in their event, they know that they don’t need to worry about the cornhole aspect of their event any longer.

We take care of it all from setting up an event page, taking online registration & payments, help with promotion, and providing all of the equipment and tournament direction the day of the event. We take pictures throughout the event, offer to play music so that they can save on DJ expenses and prepare a post-event recap that is shared with the community participating in the event.

Having successfully directed hundreds of events has allowed us to adjust on the fly and brainstorm quickly if hiccups occur. By hiring us, the event organizer is freed up focus on the other aspects of their event. We regularly receive requests from directors around the country who are interested in replicating what we do. We’ve been able to advise and put local directors in positions to where they can be successful in their areas as well.

Along with running professional quality events, customer service is an area that we consistently get positive feedback from the groups that have us direct their events. Every decision we make has to have the groups’ needs as the first priority. We work with little league fundraisers all the way up to high-end corporate events and everything in between so understanding the group’s goal for their event is our primary focus.

After that, we can customize our event to meet their needs and goals. At our events, we provide an interactive player experience that allows the participants to socialize, compete, and have such a great time that they can’t wait to schedule their next annual event. More and more, we are seeing groups go away from the golf outings and to cornhole events because of the inclusiveness and social aspect that cornhole competitions offer.

What are you striving for, what criteria or markers have you set as indicators of success?
There are multiple ways that we can define success. One area that we are most proud of is our inclusiveness. We strive to offer an accepting, welcoming, safe place for everyone regardless of their gender, age, skill level, race, ethnicity and so on. Cornhole is a universal sport that anyone can play and we welcome everyone.

Another way we gauge our success is through referrals and when groups are booking us annually for their events. I’d like to think we are successful in this category with many of our events on their third and fourth years and preparing for their fifth year. We feel that these groups hiring us over and over is a testament to how well we run our events, from start to finish.

Another important way we define success is if people are having a good time! There is a euphoric feeling at the end of an event when people come up to us to tell us how much fun they had, how well run and organized the event was, and how they can’t wait for the next one. We’ve been fortunate to work with a lot of great groups and it never gets old when we hear fabulous feedback and see the incredible reviews written about us. And on those instances when someone offers constructive criticism, we take it to heart and use it as a learning opportunity to improve our events.

A final way we define success is in the growth of the game. Since we began offering divisions for every level of player (so that everyone can compete on a relatively even playing field) we see new players coming out to compete all of the time. For those players who are looking to play competitively they get hooked on their first experience with us and start to work their way up the ranks and into higher skilled divisions.

It’s exciting to watch players who start off at the entry level and within a short amount of time they are competing with some of the best. We love what we do and we are excited to continue growing the sport in Arizona and offering the highest quality events for all of the various groups we work with, whether it is a fundraiser dedicated to the casual player or a high profile event that brings out the best players. We’re here for it. 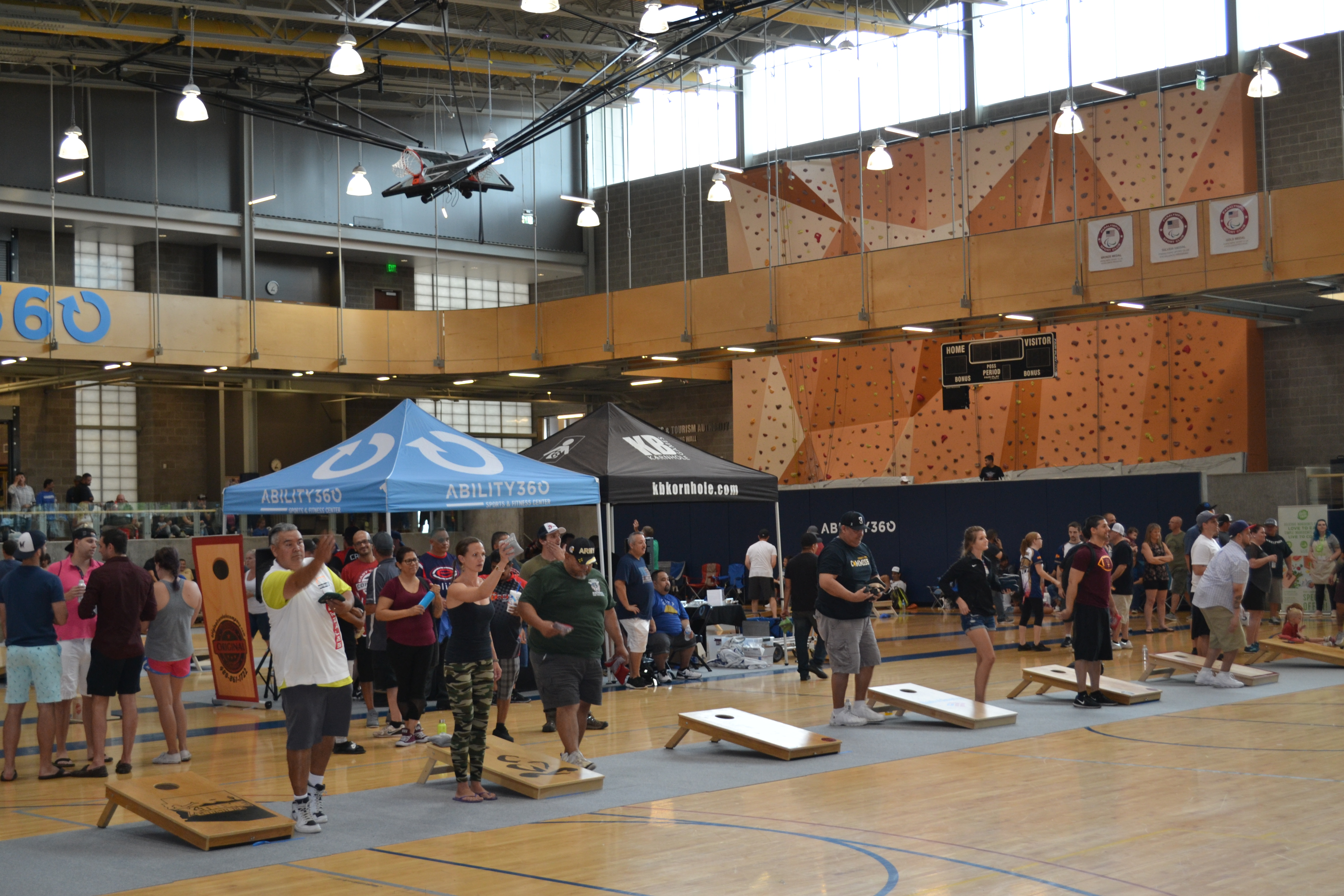 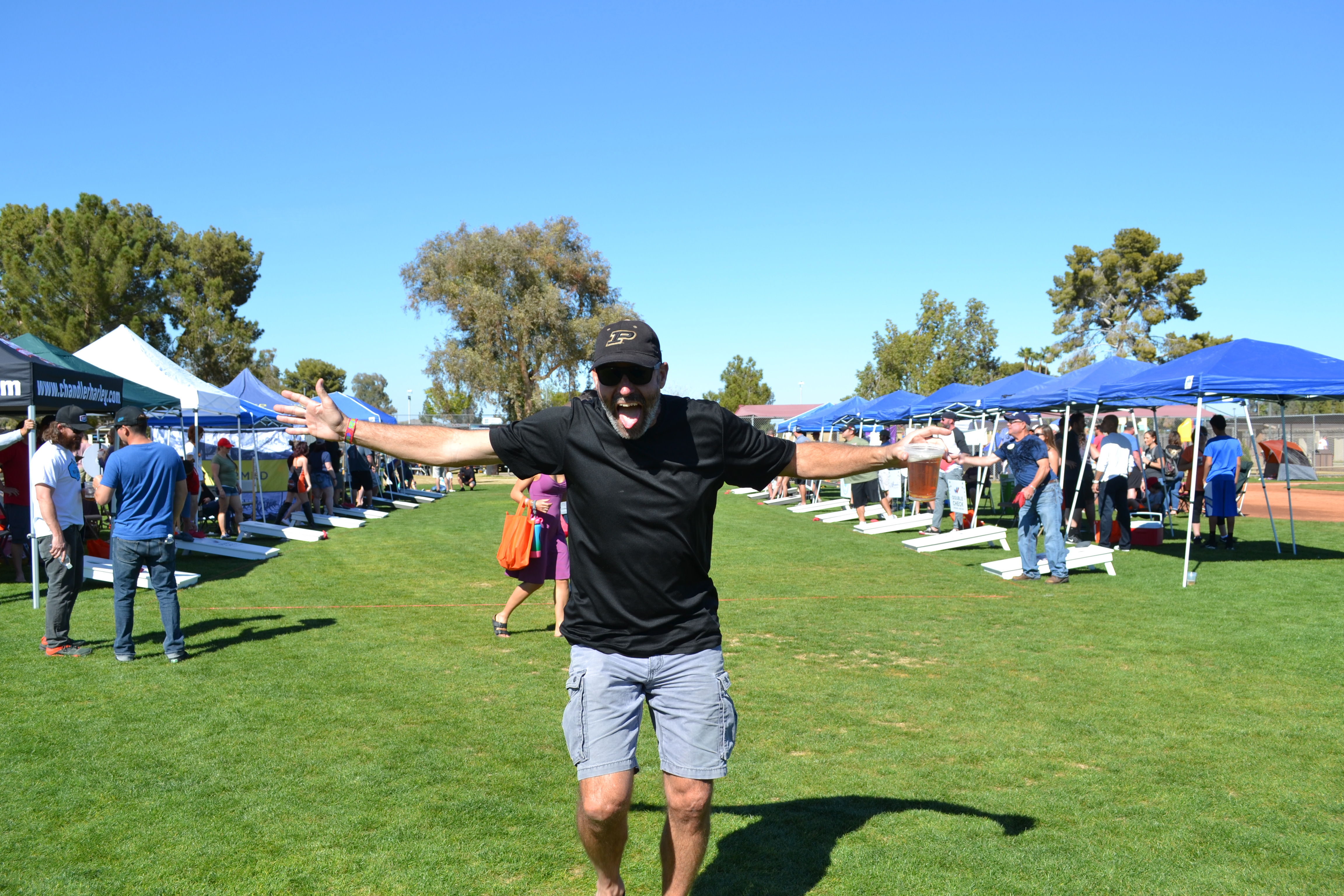 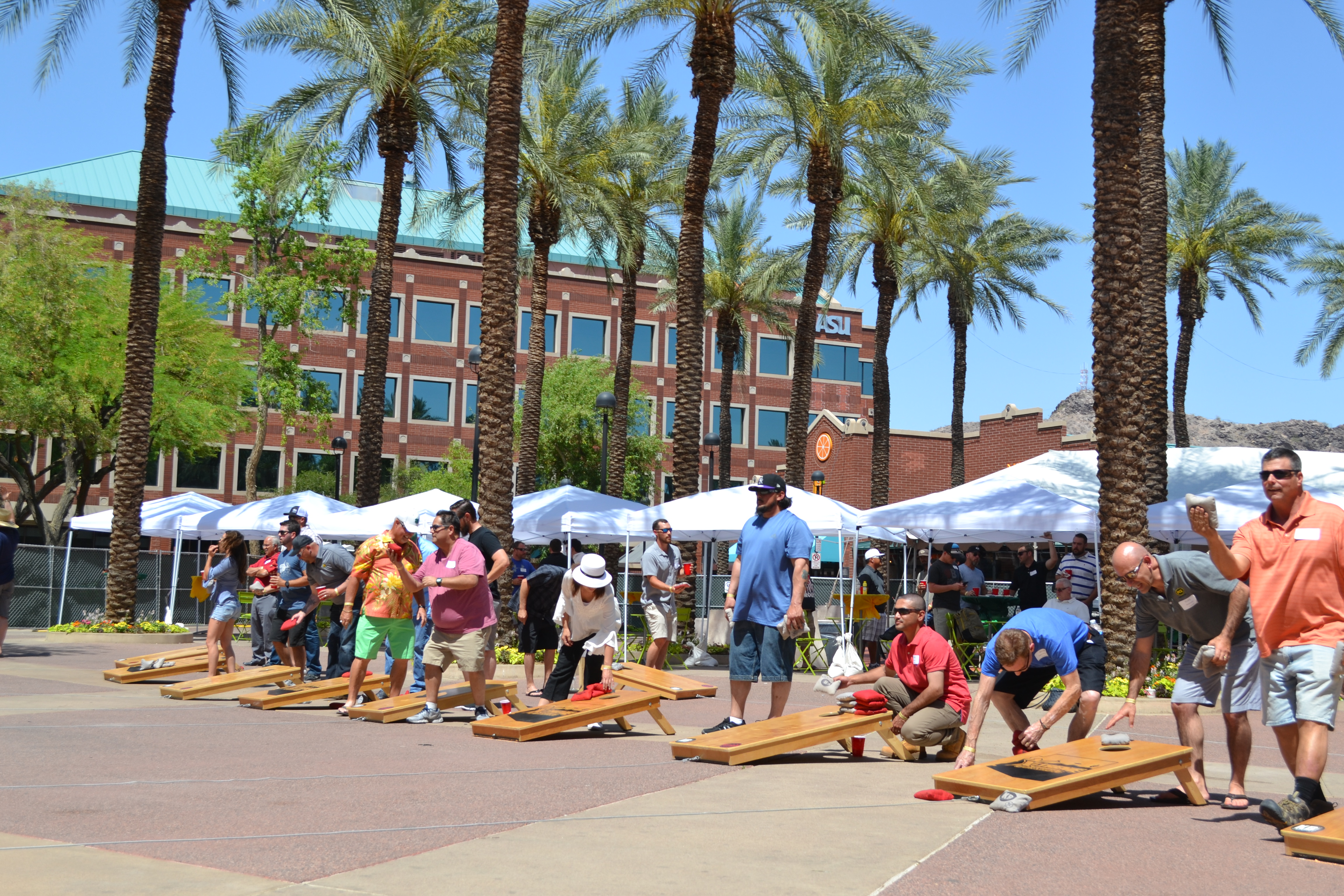 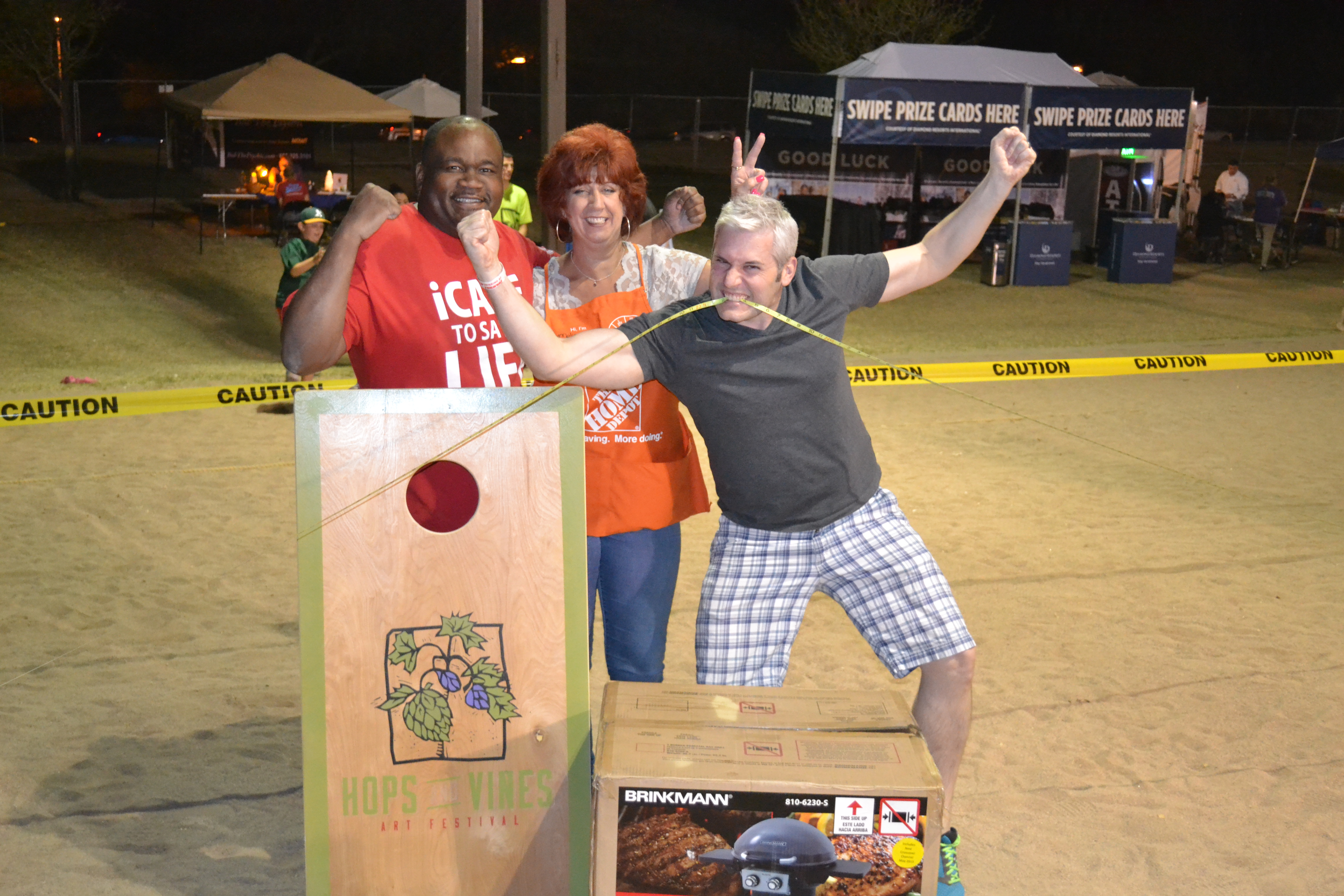 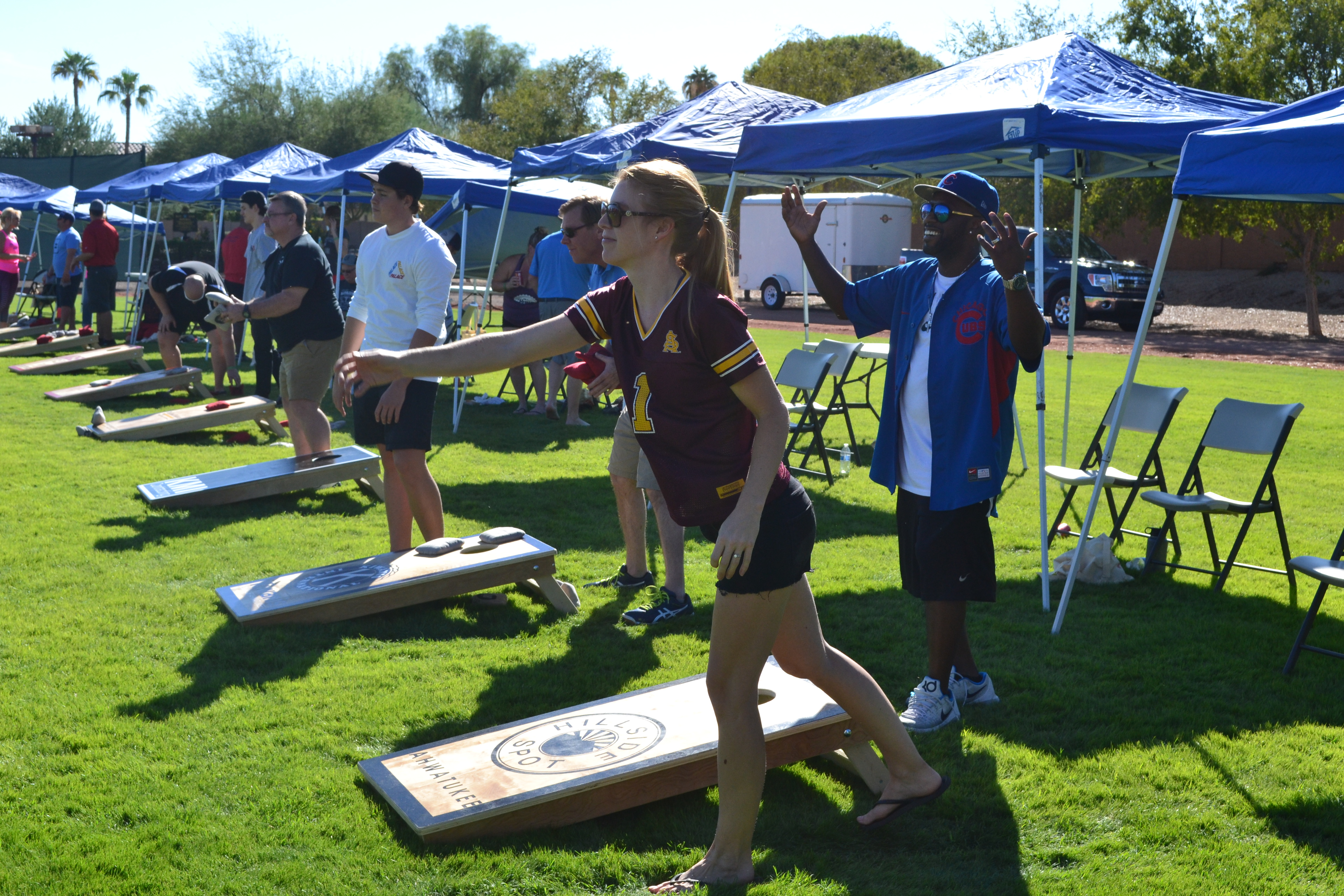 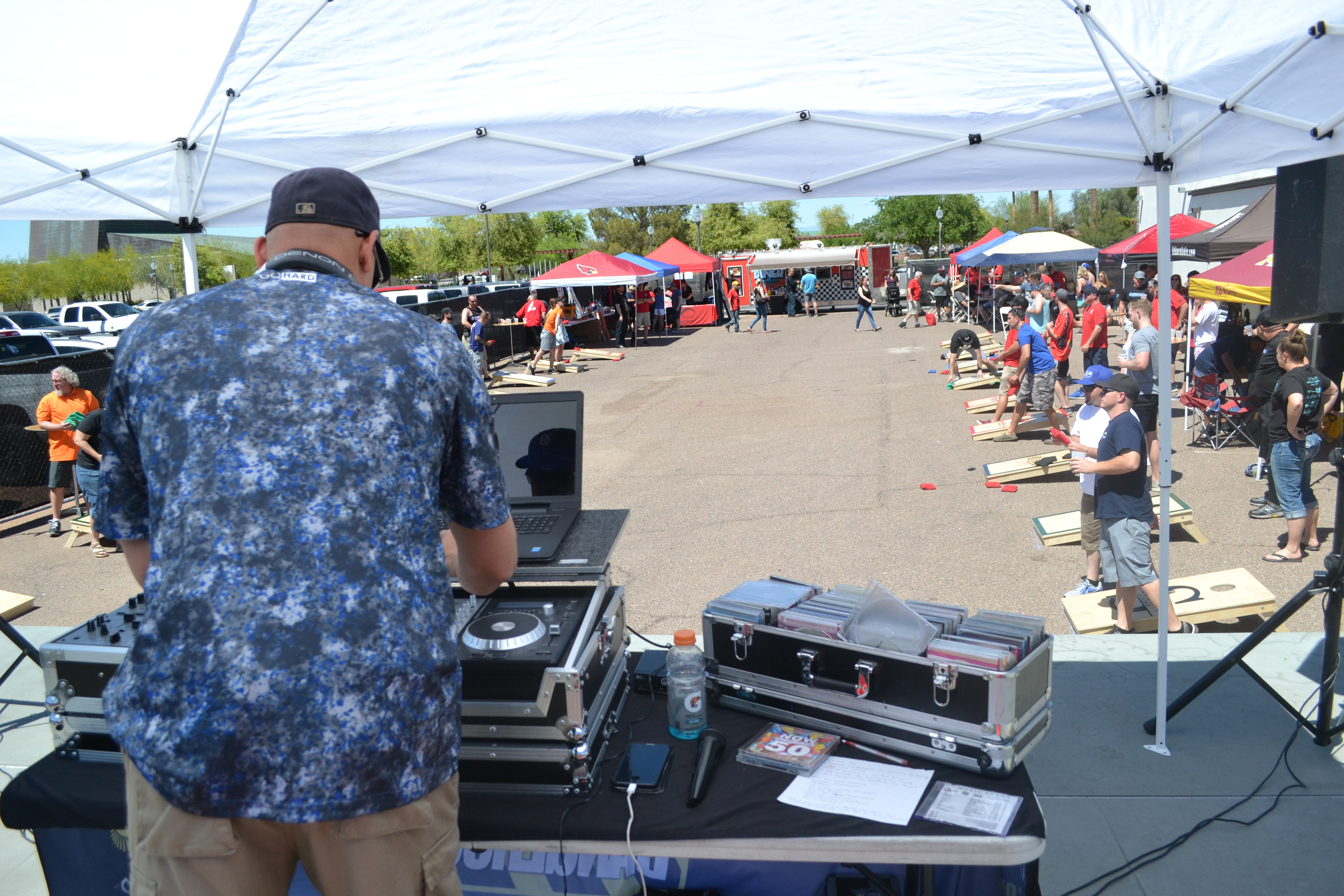 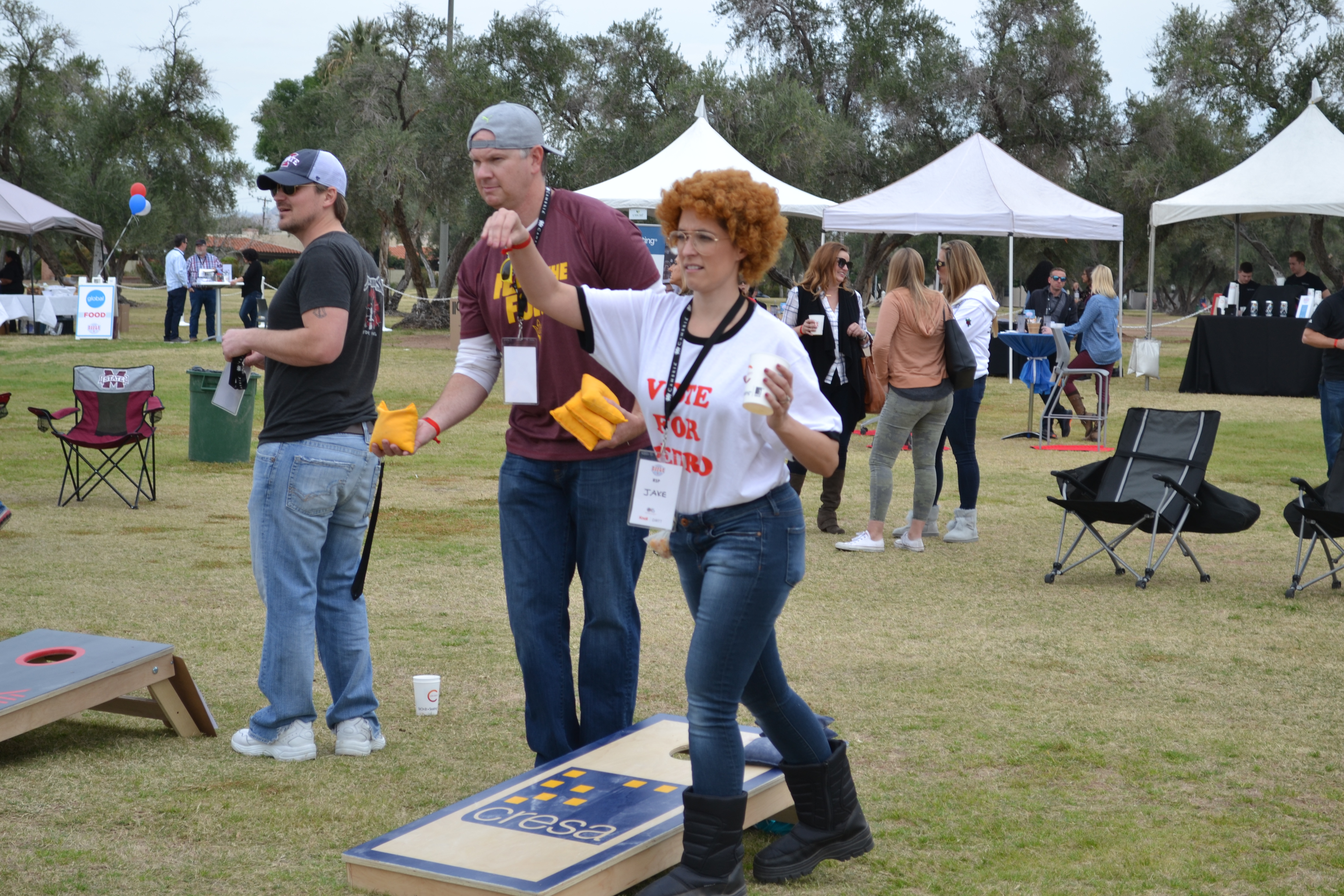 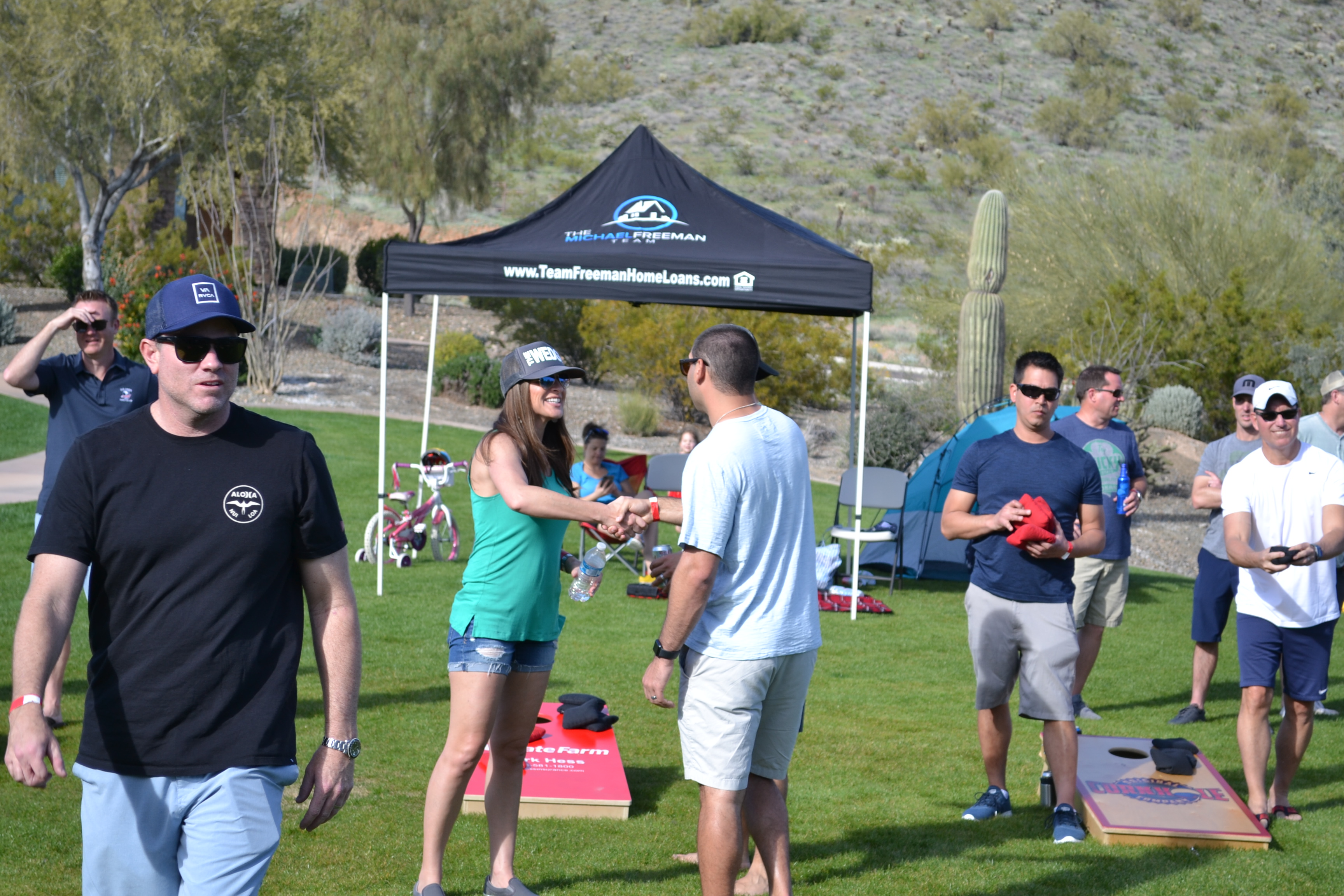 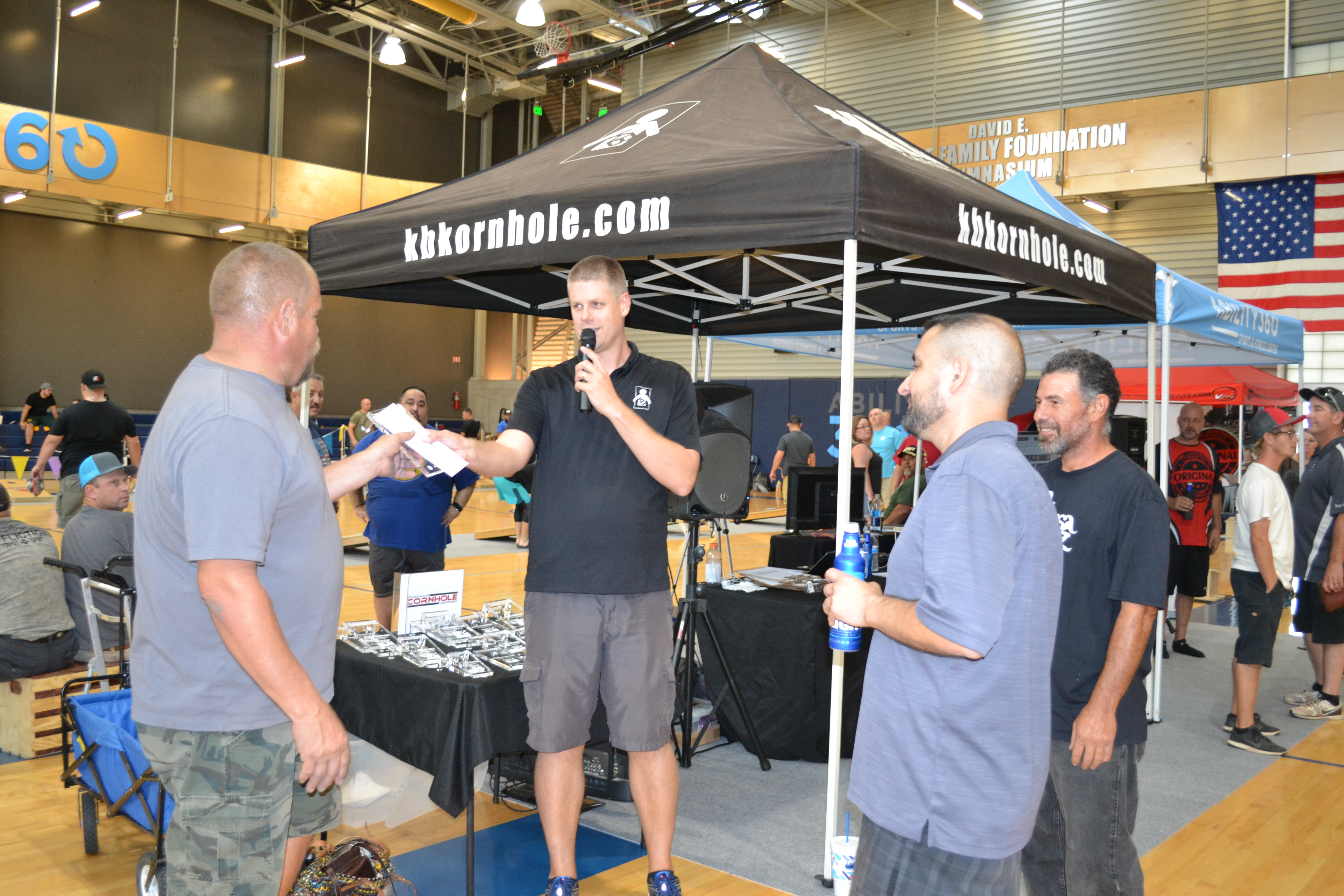 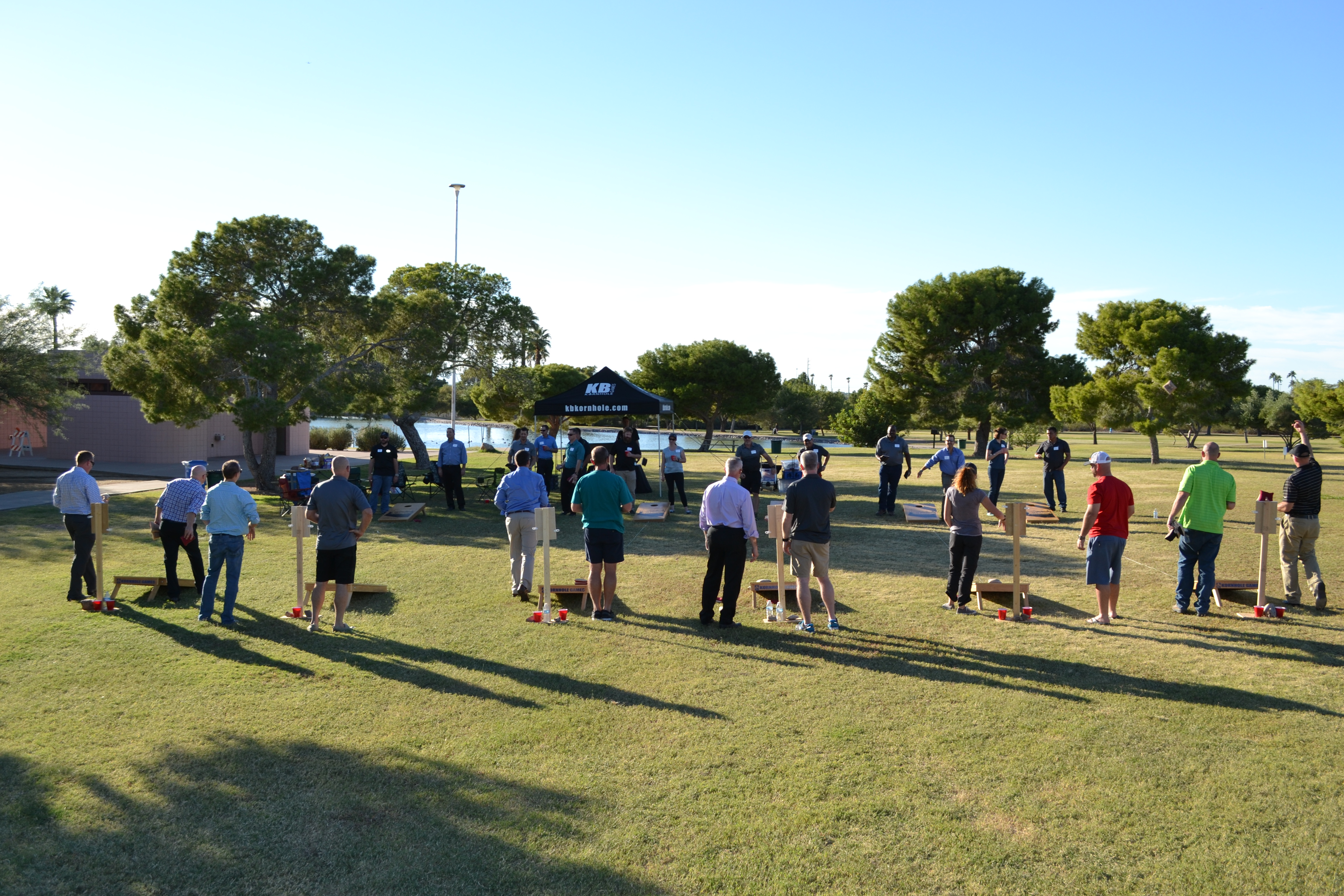