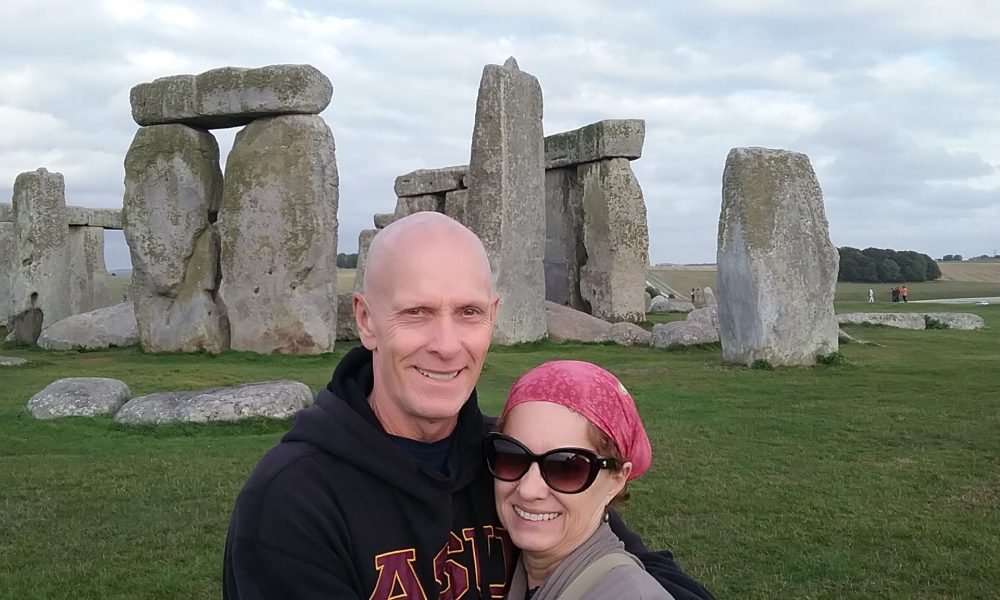 Today we’d like to introduce you to David Barker.

David, can you briefly walk us through your story – how you started and how you got to where you are today.
1961 Our Lady of Grace Elementary School, Somerdale, New Jersey. A suburb of Philadelphia.
I’m six years old. Sister Barbara Jean leaves the classroom. For reasons unknown, I roll up my pants legs to above my knees and I stand in front of the classroom. My classmates roar with laughter, which, of course, brings Sister Barbara Jean back in a hurry. Angry at my display of disrespect, she parades me in front of the other first grades, five in all. And I stand in front of each of those classes, and they erupt with laughter. And I’m thinking “this is terrific.” For the first time, I feel the electricity of an audience. Sister Barbara Jean intended to punish me through public humiliation. Instead, she provided me with my first taste of acting. And I was very active in my high school theatre program, acting, designing publicity, and directing.

I graduated Cum Laude from Duquesne University with a B.S. in Education in 1977 and received my M.F.A. in Theatre Arts from Rutgers University’s Mason Gross School of the Arts in 1980. Then, after performing in a national tour, Broadway, Off-Broadway, and featured in a Tri-state (NJ/PA/DE) TV commercial, I land a job teaching acting and stage movement at the University of California, Santa Barbara, and I immediately fall deeply in love with teaching university students. I know this is the life I want for me and my young family. So, two years later, I accept a position at Arizona State University and I just completed my 36th year as a Professor of Theatre.

On my sabbatical leave from ASU, during the summer of 2004, I was up against an artistic block. I needed to develop a new solo show that was personal and biographical. But approaching 50 years old and with no major catastrophe or unusual event occurring, I had nothing to write about. But I didn’t have to scratch my head too long for the subject matter. Two bullets, fired in rapid succession, changed everything.

Overall, has it been relatively smooth? If not, what were some of the struggles along the way?
Two Bullets: On Friday, July 6, 2004, at 12:15 p.m. outside the front door of an upscale suburban Boston home, my life changed forever. At that moment, my brother-in-law tried to kill my sister and me as my 15-year-old niece watched. During the months after the catastrophe, whenever I would share the story (albeit the Reader’s Digest version), the listener would respond with stunned silence and then mutter something the likes of which you hear when people react to horrific headlines. The tale passed the litmus test for dramatic intrigue every single time. Early on, I understood the events of 7/6/04 had audience impact, a rich storyline and stranger-than-fiction characters (my brother-in-law was a successful, highly respected brain surgeon). And even though the story flowed easily from my lips and onto the page, I needed a structure. Around this time, I saw the 2004 Paul Haggis film, Crash. Several unrelated groups of people are united by a fatal car accident, but their stories are told independently, episodically. I had found my structure and a means by which I could weave together two other stories occurring simultaneously: my father recovering from emergency stomach surgery and my mother slipping deeper into dementia.

My fears about developing a new show were allayed. Weeks later I ran into a colleague at the store and we chatted about the beginning of a new school year. I told him I had missed the annual faculty retreat due to a “family issue” on the east coast, but that I was delighted to miss the retreat, which I detest. Not knowing what had happened to me, my friend replied, “Wow, looks like you dodged a bullet there.” I knew I had my title.

My sabbatical project landed soundly in my lap, complete with form and content and it could/should not be ignored.

Please tell us more about what you do, what you are currently focused on and most proud of?
The story of how my brother-in-law, “Dr. Jack,” happened to open fire on me and my sister became my 2004 sabbatical project – a one-man play titled “Dodging Bullets.”

The play follows three storylines – Dr. Jack’s attack on his wife and me; my father’s emergency surgery and declining health; and my mother’s dementia. Dr. Jack, a semi-retired, successful East Coast brain surgeon, had been abusing my sister for many years, and she finally moved out. On the fateful day of the attack, I accompanied my sister and 15-year-old niece on a stop at my sister’s home to pick up asthma medication for my niece.

I went along to protect my sister. We approached the house and Dr. Jack appeared at the front door and ordered me to leave. Dr. Jack is a high-strung control freak, so when I refused to leave he attacked me. We grappled briefly and he ran back into the house. My sister, niece and I were in complete shock. He came back with a gun and began to fire.

The rest of the story is a dramatist’s dream, a soap opera come true. The SWAT team arrives, snipers are placed on the roofs of the houses across the street, and Dr. Jack stays holed up for four hours, but finally turns himself in and is booked into the county jail. Dr. Jack’s sister bails him out, but he is arrested again for trying to buy a handgun and spends the next 10 months in federal prison. Shortly after his release, he marries an Episcopal priest but he still had not faced his attempted murder indictments.

It’s invigorating to perform this show because everything actually happened. I’m not performing about imaginary circumstances as I usually do. I play 10 different roles including my mother and father.

Do you feel luck has played a role in your life?
I can point to what happened in 1961 with Sister Barbara Jean and what happened in 2004 with Dr. Jack as moments of wild luck, or destiny. Either way, I have been fortunate to have performed “Dodging Bullets” in 11 different states and in Germany, including conferences focusing on gender, trauma, domestic violence, and theatre. I was the keynote for the US Army’s Purple Gala in Kaiserslautern, Germany as well as the annual day of prayer at the University of Mary, and I did six shows for the soldiers at Fort Sill, Oklahoma as part of their Domestic Violence Awareness Training. 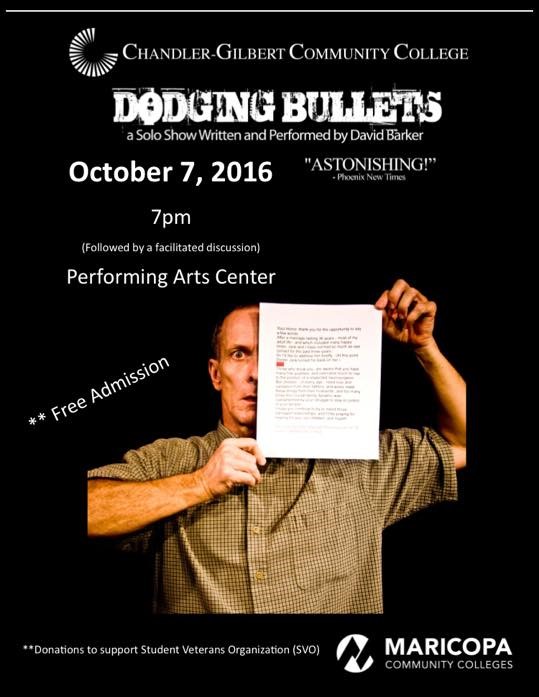 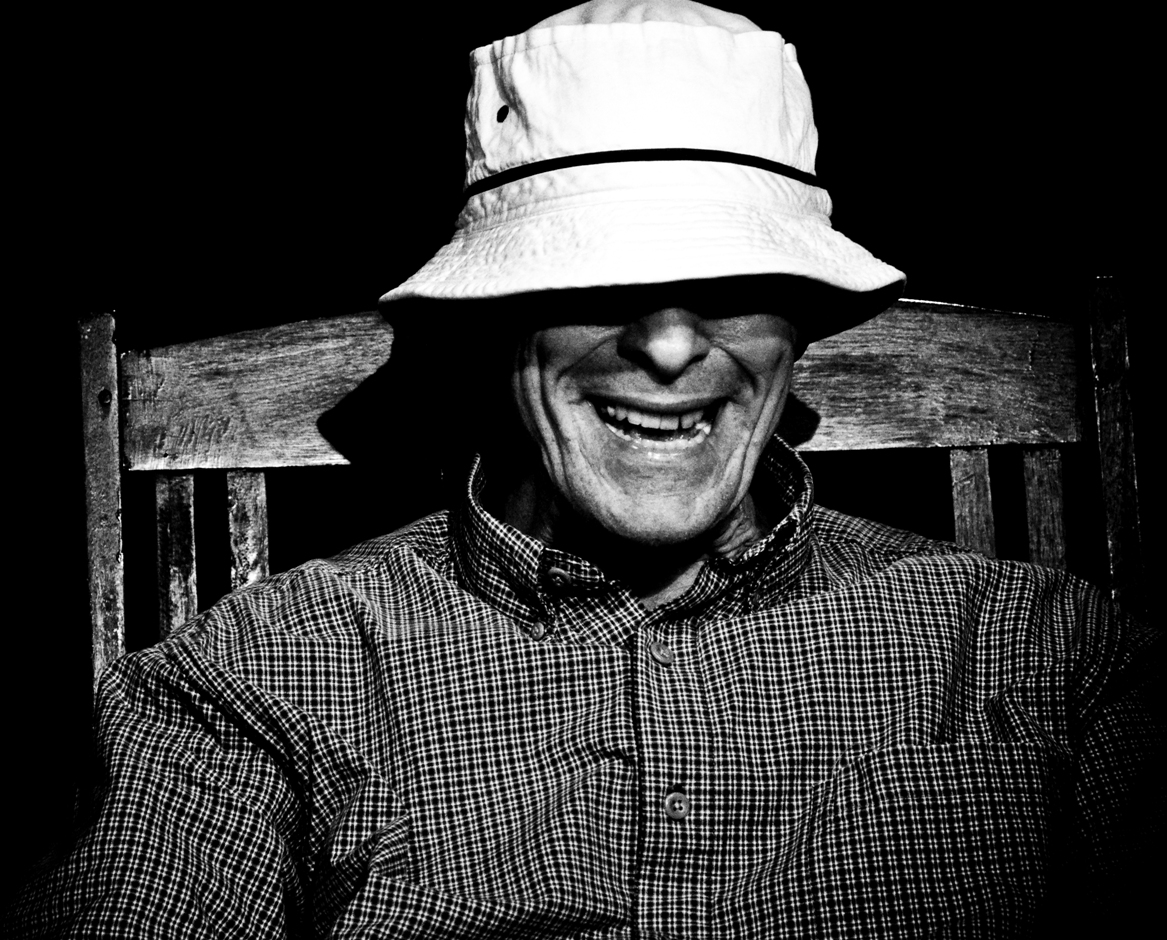 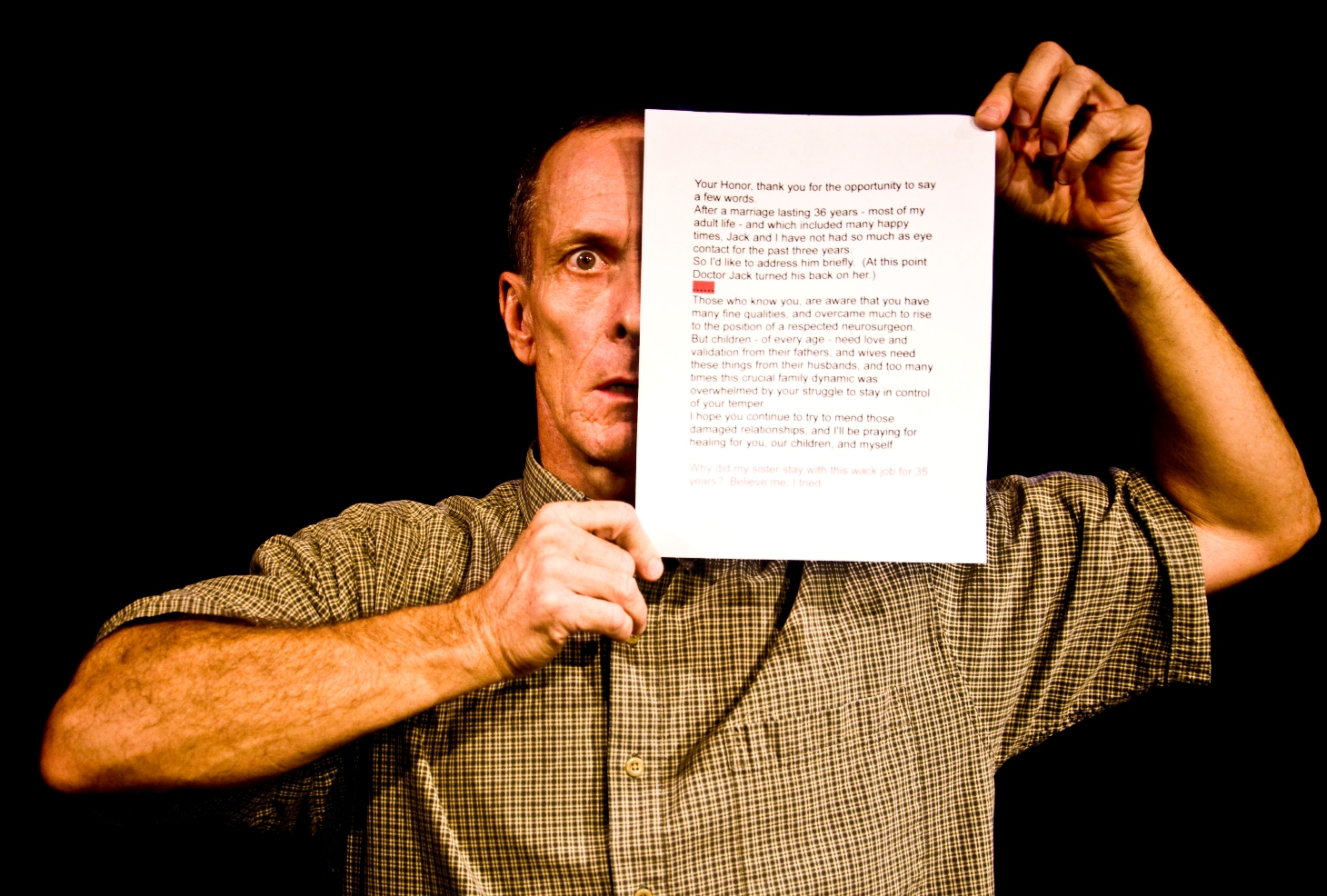 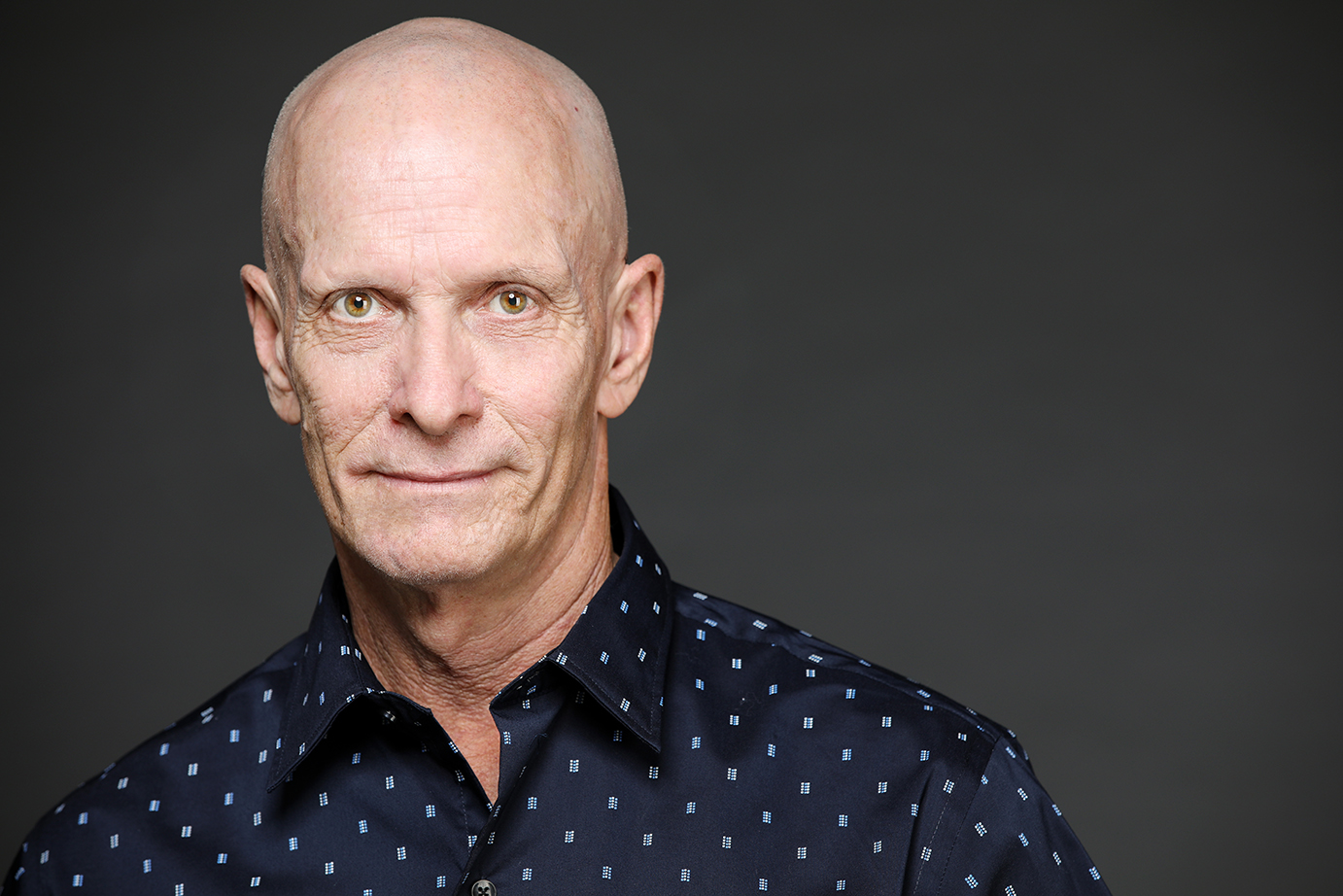 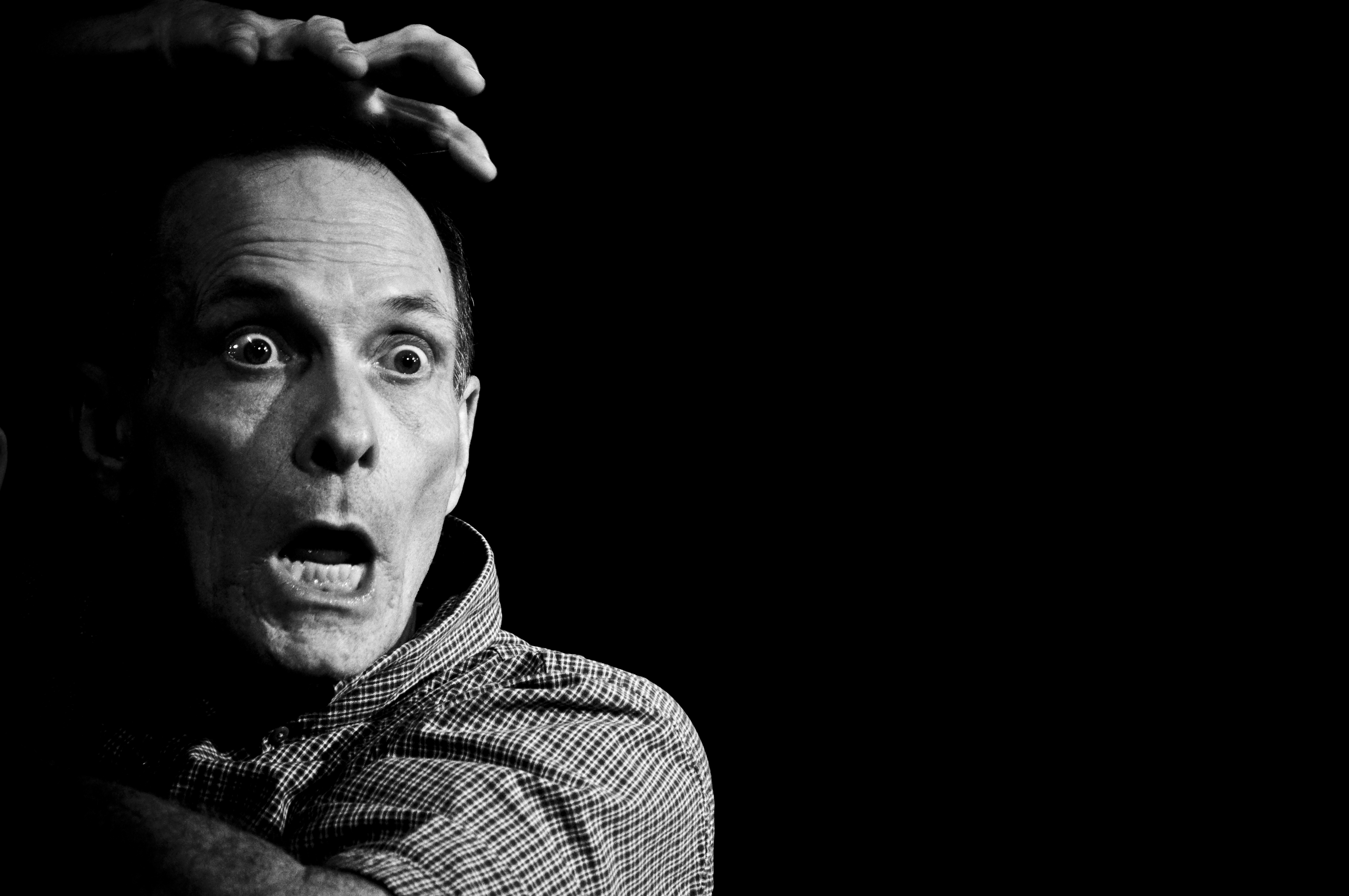 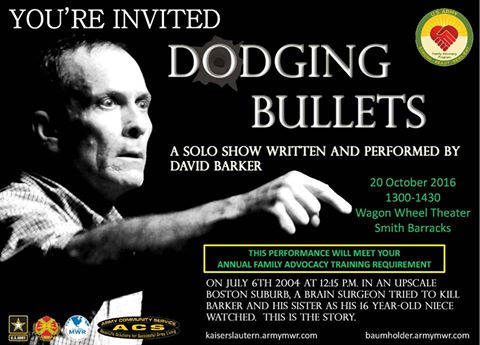 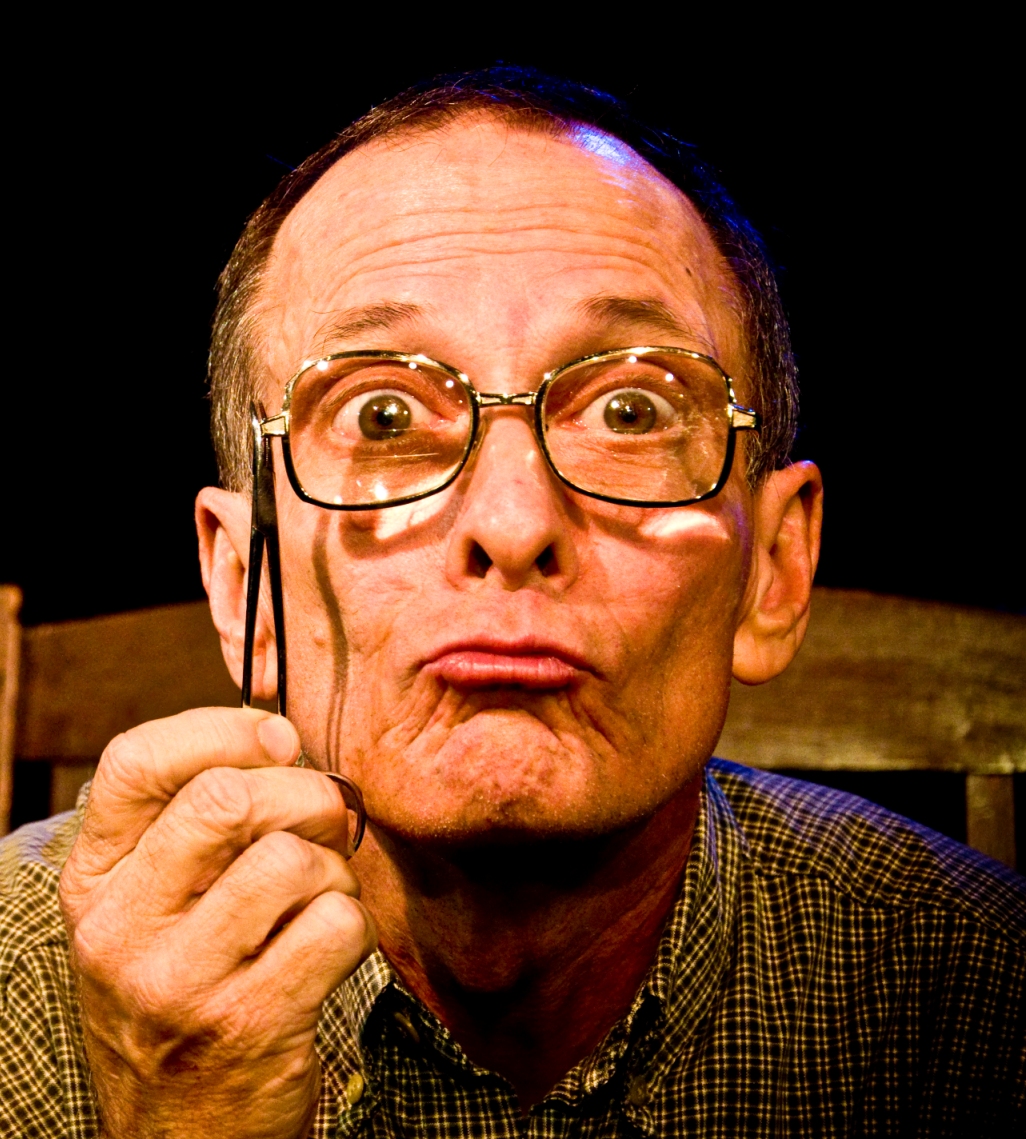