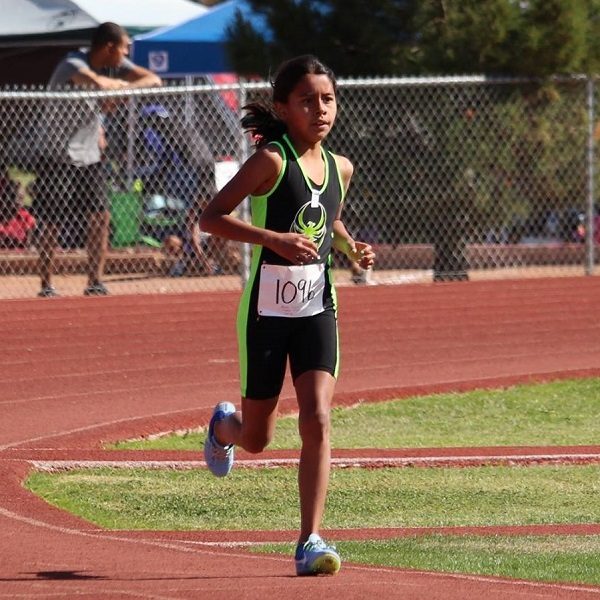 Today we’d like to introduce you to David Allison.

Thanks for sharing your story with us David. So, let’s start at the beginning and we can move on from there.
Coach Larry Todd and I were both coaching at Mountain Pointe High back in 2012 and we were asked by the AD why another high school was so successful in track and field and we both responded because they have a good feeder youth track club on that side of town. The AD then proceeded to ask why don’t we have one? I had thought about doing a youth track club for years, but really didn’t have the bandwidth to take it on solo. But Larry and I looked at each other and had the same thought – if we both were willing to do it, then sure let’s give it a shot. In January of 2013, we started our club with about 6-8 athletes (2 of them being my own kids). Today we have over 50 registered athletes, and over the past 5 season we have had State Champions, Region Champions, National Qualifiers, All-Americans and even National Champions.

Has it been a smooth road?
I think relatively smooth. As we’ve gotten more athletes, we’ve had to tweak training times and days to accommodate the growing numbers, but overall, not too shabby. Coach Todd and I are a good team – not just on the track, but also with our vision of the club, which is to have a place for young people to learn about track and field in a safe, constructive, nurturing, but also competitive setting.

So, as you know, we’re impressed with Phoenix Flyers Track Club – tell our readers more, for example what you’re most proud of as a company and what sets you apart from others.
We are a USATF Track Club in Ahwatukee. We train from January to July. There are many great clubs in Arizona, but I think the Phoenix Flyers are most proud of how we have helped kids who were average athletes to be good, good athletes to be great and great athletes to become nationally ranked; moreover, we have tried to create an atmosphere of personal athletic growth, meaning having kids truly compete against themselves first and then worry about placing high on the podium second.

Let’s touch on your thoughts about our city – what do you like the most and least?
I like that there are many opportunities in Phoenix (Ahwatukee) that you may not get as easily in a larger more established (or older) city like and LA, NY, Chicago, etc.

While I believe Phoenix’s diversity is getting better every year, I still think more vibrant cities are ones with a reservoir over cultures, religion and races all in the same place.