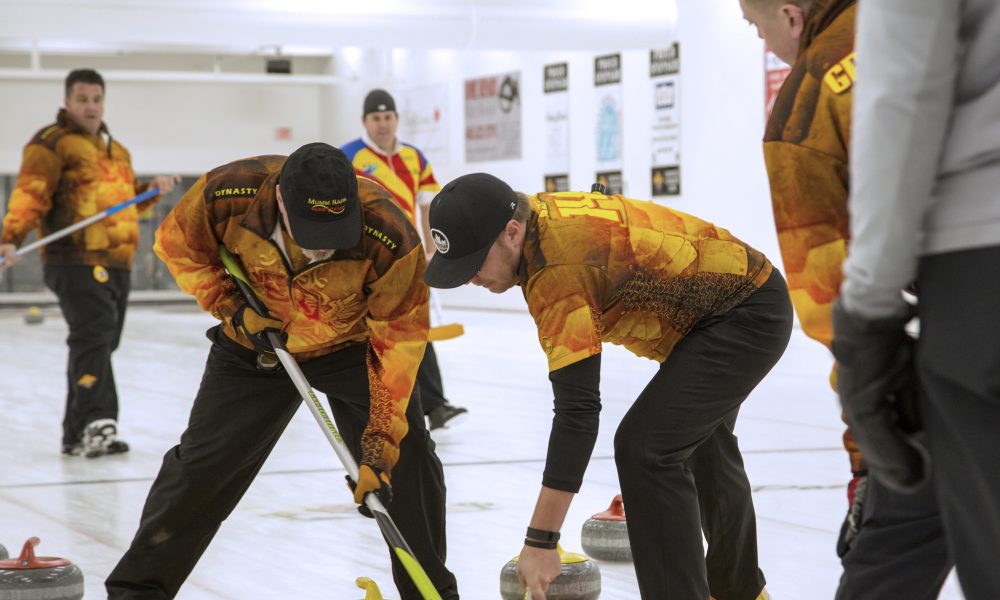 Today we’d like to introduce you to Darryl Horsman.

Karen Tait an expat from Edmonton, along with Greg Gallgagher from Chicago and Darryl from Winnipeg, and a few others imports tried to get curling at the Ice Den in Scottsdale but at the time, Owner/Manager Mike O’Hearn (originally from Winnipeg who moved to Arizona with the former Winnipeg Jets franchise) didn’t see the demand for curling at this time and shelved the idea. Along comes the 2002 Winter Olympics in Salt Lake City where curling is the fastest sport to sell out, even faster than hockey…and is quickly dubbed the “darling of the games”! At this point, Mike at the Ice Den reaches back out to Karen and the group and says… how do we get curling here! It was at this point in early 2003 that the Coyotes Curling Club was born! They scraped rocks and supplies from neighboring start-up clubs in California and hosted Arizona’s first ever Learn To Curl. They thought if they had 20 people show up they’d schedule another.

With a little blurb in the newspaper, they had over 200 show up. From there they quickly attracted other Canadian expats and American curlers from the colder climates like Illinois and Wisconsin to fill the 5 sheet club that curled on Saturday night from 9-11pm. Each night curlers have to transform the hockey rink into a curling club that meant transporting 80 rocks (or 3,360 pounds of granite) from a snowbank to the ice surface, install the hacks from which to deliver the rocks from, pebble the ice (like silicon on a shuffleboard table) and being to play!! They had to be off the ice very near to the two-hour mark for fear of being run over by the Zamboni driver!!

With a lot of laughs, compromises, and help from the Ice Den staff – who were all new to this crazy sport of curling… They hosted leagues and international tournaments on less than Olympic quality ice at the Ice Den for over a decade until saving over $700,000 to retrofit an old Tennis Ball fuzz factory in Tempe in 2014. It was at this point, all of the hard work that the original 7 members put into growing the club in a less than likely part of the World was realized.

The Coyotes Curling Club now boasts over 208 members, over 8 international competitions a year, and even host a World Curling Tour event called the Ed Werenich Golden Wrench event that has the top curlers in the World clamoring to get their entry in!

Today, the club remains to be a 501(c)(3) Charitable organization that is 100% volunteer staffed. Everything from the ice maintenance, to the running of the Broken Broom Lounge, to offering a multitude Learn To Curl classes, to cleaning the bathrooms are done with a smile and for the love of the game! In the curling world, this selflessness is called the “Spirit of Curling”!

Overall, has it been relatively smooth? If not, what were some of the struggles along the way?
The road has been filled with opportunities! From the Ice Den not knowing what curling is or how Figure Skaters can damage the ice and why we need the Zamboni driver to take a little extra care out there; to the City of Tempe Planning Committee not knowing how a curling club is made and creating unnecessary and costly road blocks, to even the average Arizonian when talking about curling thinks it’s done with a dumbbell!!

On another level of struggles was making the curling club in Temp a reality. We needed to raise enough funds to create the club in Tempe. We had some money in the bank but not enough – shy by about $400k. Ok…we have the money now how do we save money via sweat equity with a volunteer workforce, many who have no carpentry skills! There was a lot of coaching and redoing bad work until we mentored and coached our friends enough to get things built correctly and only once! It’s tough to build a building within a building – after working a day job! There was a lot of members working from 9am-5pm then at the club from 6pm to 1am and then do it again and again! When the last nail went in and we got our occupancy permit from the City of Tempe…the beers we had that night inside of Arizona’s first curling club never tasted so good!

Coyotes Curling Club – what should we know? What do you guys do best? What sets you apart from the competition?
The Coyotes Curling Club is currently the United States most Southerly club. We offer a variety of curling leagues and programs that are designed to attract the newest curler to current and future Olympians.

What sets us apart from other curling clubs is that in most clubs, you can’t golf and curl…or maybe even thrown in a swim in the same day!

As a company, we are the proudest about being a mentor or guide for other new clubs while offering world-class instruction and curling ice that is as good as anything you would find in Canada, which as a country, Canada leads the way in the sport of curling and to be compared with such says a lot about our product.

What is “success” or “successful” for you?
Success to me is any measurable progress towards a worthwhile goal. At our club, we make small, but well thought out steps to advancing our club. This goes from painting the common area to how we should price our leagues. We are always on the lookout for innovation or ideas that are good for our members and by doing that, should ensure curling is sustainable in Arizona.