Today we’d like to introduce you to Cindy Kibbe.

Alright, so thank you so much for sharing your story and insight with our readers. To kick things off, can you tell us a bit about how you got started?
When reporters or interviewers ask the question, “How did you get started and how did you get to where you are today?”— I have to laugh. That’s a huge, loaded question. My writer’s journey is really my life’s journey, with the writing part encompassing more than 20 years. I have an entire TED talk presentation and a published mini-memoir on this very question!

To be succinct, however, I always loved reading and writing since I was a kid. When “Star Wars” came out, that movie really set me on my path to becoming a fantasy author. In 1996, I wrote a fan-fiction novel set in the “Star Wars” universe—my first long-form manuscript. It wasn’t bad, but I needed to create my own world if I wanted to be published. That exercise, however, did teach me the discipline and perseverance to write a novel.

By 2000, the beginnings of “The Kinderra Saga” were born. I wrote several drafts, but I couldn’t quite get the story right that would become “Trine Rising” and its two sequels. In 2005, I sought the advice of a well-known scriptwriter and writing coach for a critique. And, boy, did I get a critique! It was the most brutal and devastating commentary about my writing I’ve ever experienced. I was crushed and almost quit my job (at the time) as a journalist. I thought I was that bad of a writer. I did extract some important takeaways about the technical aspects of novel writing, so it wasn’t a complete loss. Soon after, life intervened and I took a step back from novel-writing. I didn’t approach the manuscript again until 2016.

That original manuscript was far too long and needed some developmental help. I whacked it into three separate novels—“Trine Rising: Book 1,” “Trine Fallacy: Book 2,” and “Trine Revelation: Book 3.” After extensive re-writes, I sought out an experienced editor. Now, “Trine Rising” was ready for the world—or at least a literary agent. Or so I thought.

I queried agents for about a year but was unable to find representation. That was another crushing blow. Christmas 2019 brought a do-or-die decision—was I going to quit or self-publish? Self-publishing was the only option if I wanted “Trine Rising” and its sequels to see the light of day.

So I self-published. “Trine Rising” debuted on Aug. 26, 2020, with “Trine Fallacy” a year later. As we chat, we’re just days away from launching “Trine Revelation.” [“Trine Revelation” published on June 14, 2022, and is now available online at most book stores.]

There are pages and pages I could write on just my experience with self-publishing. I had to learn everything. Then there was finding a PR rep, building up my social networks, the list goes on.

I am very happy to say that “Trine Rising,” the novel that agents refused to touch, has won six literary awards and received top reviews, including placing in the Quarter-Finals of Publisher’s Weekly Booklife Prize in 2020. “Trine Fallacy” has received four awards so far. I believe “Trine Revelation” will follow in her sisters’ footsteps in earning some award street-cred.

Would you say it’s been a smooth road, and if not what are some of the biggest challenges you’ve faced along the way?
Hahahaha! Smooth road? Are you serious? Um. No. Not at all. My writer’s journey has been as painful as my attempts to have a baby. Which, unfortunately, was not to be either. God blessed us with furbabies, though, so we’ve been grateful for them.

All kidding aside, writing, launching, and marketing these books has been both the most excruciating and the most rewarding experiences of my life. So much so, I’ve entitled my journey, “The Unsuccessful Quitter.” (I’ve trademarked the phrase because it’s so appropriate to everyone’s passion journey). Think about it. If I’m unsuccessful at quitting, that means I actually DO NOT quit.

I mentioned the crippling critique. But other challenges and obstacles have been would-be editors who likened my depictions of magic to be more laughable than Mickey Mouse with the dancing brooms; editors who thought my premise was fatally flawed; other critiquers who said I didn’t have enough plot for one novel let alone three or more; 100+ literary agent rejections; public relations reps who did very little relating to the public. Should I go on?

I don’t think there’s any creator or entrepreneur ever that has had a smooth road.

Can you tell our readers more about what you do and what you think sets you apart from others?
I am an award-winning fantasy author. I write under “C.K. Donnelly” to give honor to my family name, “Donnelly.” The “K” is for Kibbe and, obviously, “C” is Cindy.

I like to describe my novels as “fantasy for the rest of us.” While the stories of “The Kinderra Saga” have magic and sword fights, the characters are very human even if they have telepathy and can, ahem, make brooms dance. Basically, I’ve taken all the usual tropes—The Chosen One, Enemies to Lovers, Love Triangles, etc.—and up-ended them 180 degrees. My protagonist, Mirana Pinal, has extraordinary magical powers and knows she’s special because of that, but is terrified to use her talents for fear of destroying her homeland and killing her loved ones. The antagonist wants desperately to end the war plaguing the land of Kinderra for 3,000 years; he detests killing. Not exactly what you’d expect from the “villain.” The love triangle is not a romantic one, but a Father-Daughter-Mentor struggle. Mirana’s mother, a leader in Kinderra, must decide whether or not to send youth to the war effort, which will mean Mirana herself will be on enemy lines. The magic is only secondary to the human story in the books of “The Kinderra Saga.”

I’d like to think these points and making the personal stories of the characters the focus rather than literary accounts of special effects is what sets my books apart from many other fantasy novels. They straddle YA Fantasy and Adult Fantasy genres because of the depth of the introspective plot and character development. I typically hashtag #epicfantasy because the stories bring in point of views from 16-year-olds and 50-year-olds more than simply #yafantasy or #adultfantasy alone.

What’s next?
Oh, Lordy! I have more plot hooks for novels than I think I have life for!

Audiobooks and more sequels are certainly on the list. The central series with Mirana Pinal will have eight or nine books. I have origin trilogies of two pivotal characters that would be great to share. I’d love to do a sequel series with Mirana’s children, and even a graphic novel series of two major supporting characters. That’s just the book stuff!

I’d love to develop computer games, both “Match 3” types and full-on networked gaming adventures. Another passion would be to launch a jewelry line of Swarovski crystal amulets with Pandora, as amulet gems are fundamental objects in the stories. These amulets enable my magic-users to focus and use their powers through a symbiotic relationship with the crystals.

Right now, I’m focused on launching “Trine Revelation” (Book 3) and building brand awareness. We’re planning to take the book world by storm later in the year and onward by presenting at book expos like the Tucson Festival of Books, San Diego Festival of Books, and Phoenix Fan Fusion. 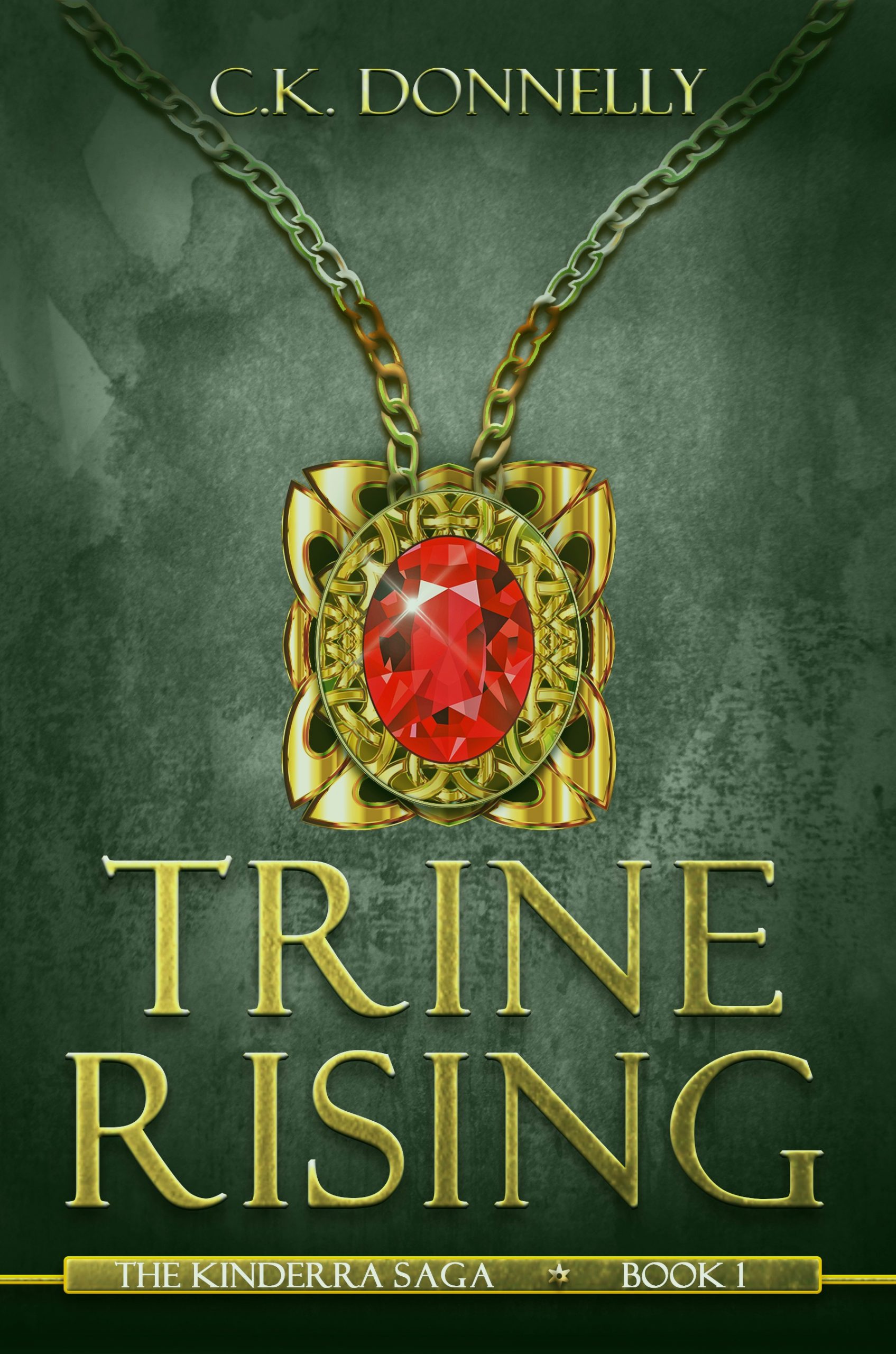 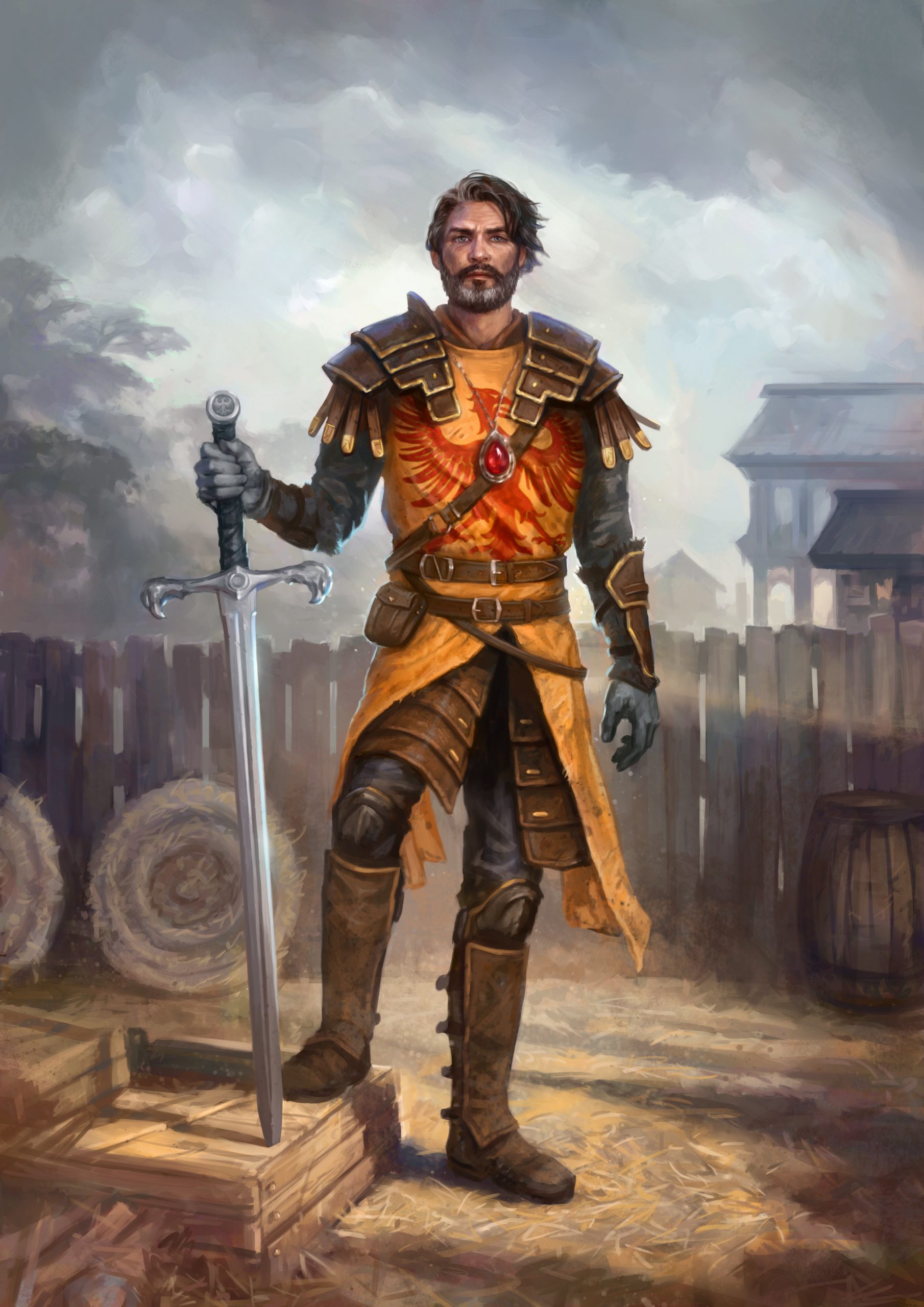