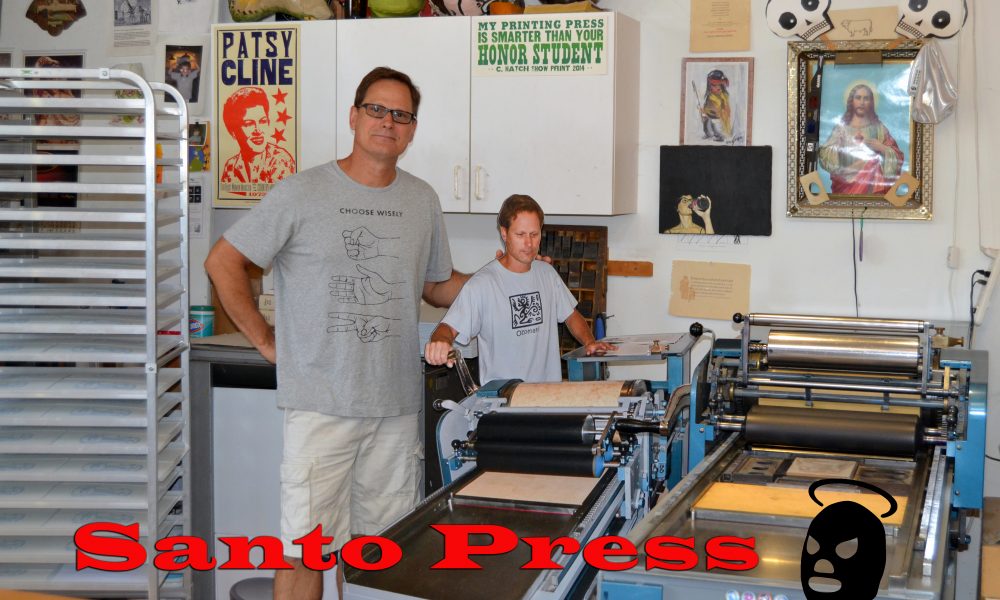 Today we’d like to introduce you to Brent Bond.

So, before we jump into specific questions about the business, why don’t you give us some details about you and your story.
Originally from Oklahoma, I was first introduced to printmaking as an undergrad student at Cal State Long Beach where I received a BFA in Printmaking. I landed in Arizona as a Regents’ Scholar on a full scholarship to ASU. While there, I received travel and research grants and was awarded the Jacob Kenneth Heller Award for Printmaking. I’ve been lucky to be so often near the door when opportunity knocked. A one-year part-time contract turned into four and a half years of teaching at ASU which included a study abroad course in Mexico. That was followed by a wonderful stint as the Studio Manager and Master Printer for Segura Publishing Company. It was in that capacity that I began to fully understand and appreciate the power of working in a collaborative creative environment. I was honored to have worked with some of the most important international contemporary artists, such as James Turrell, Graciela Iturbide, Vik Muniz, and Elizabeth Catlett. In May of 2009, I founded Santo Press, a fine art publishing company focusing on original limited edition relief prints by emerging and mid-career artists, that has since released 213 editions by 34 different artists. In addition to my publishing company, I exist as I working artist, furniture maker, and designer. With a history of 14 solo exhibitions and 215 group, invitational, juried, and traveling shows my art can be found in private and public collections in the US and Mexico. In addition to photo and print-based works, installation, and mixed media panel pieces I have completed several public art commissions in Arizona.

We’re always bombarded by how great it is to pursue your passion, etc. – but we’ve spoken with enough people to know that it’s not always easy. Overall, would you say things have been easy for you?
Early obstacles where never really perceived as such growing up the youngest of 3 kids to a single mother. It was just how things were as long as I could remember. As a young adult student, it was the frustration of self-funding college. I seemed to have done pretty well as an artist and Master Printer who is color blind. Like so many others, I have experienced a failed marriage and financial setbacks but went fairly untested by major challenges until about 7 years ago. That’s when the youngest of my 2 sons health problems began. After an initial 2-week hospital stay which began on his 1st birthday, weekly infusions, doctor’s appointments, and tests became the norm. Diagnosis took over a year and lead to the first of 2 bone marrow transplants. Nico recently celebrated his 4th survivor anniversary and leads a normal life for an extraordinary kid. We were blessed to be so near to the incredible care provided at Phoenix Children’s Hospital and overwhelmed by the outpouring of support from neighbors and friends. Many positive things came out of the lengthy struggle, not the least of which was the re-calibrating of priorities. Things that you once thought were important are seen with a new perspective and realization of their place in the big picture. The adversity to advocacy route came naturally. My wife Veronica with a fine art and design background went back to school between transplants and emerged as a Behavioral Counselor. She has since worked as an Oncology Counselor at Desert Banner Hospital, a Resource Navigator at Saint Joseph’s Hospital and Latino Program Director for Cancer Support Community of Arizona. Someone we encouraged to join the National Bone Marrow Registry has already been chosen as a donor and Nico started his own popsicle business giving have of all sales to PCH, where he also donates the majority of his birthday presents.

So let’s switch gears a bit and go into the Santo Press story. Tell us more about the business.
Santo Press is a fine art publisher specializing in small-scale high quality limited edition originals. Utilizing relief printing, the oldest form of printmaking, I collaborate with artists using the medium as a creative tool as opposed to a reproductive one. Artist participates by invitation and collaborates with me as the Master Printer to create new work via an assortment of printing matrices ranging from hand-carved woodblocks and linoleum to laser engraved blocks and photopolymer plates. I work with an incredibly talented ever-growing roster of emerging and mid-career artists and have averaged close to 2 print edition releases a month since opening in May of 2009. I am most proud of the broad spectrum of aesthetics offered, consistent high quality of printing, reasonable prices and level of productivity sustained.

In addition to publishing by invitation, I also offer contract printing for both image and text-based projects. Many local visual artists contract me to print editions for them and I’m honored to be responsible for the design and printing of the annual Flinn Foundation Centennial Lecture commemorative broadside.

This is the first time I’ve refrained from using we and us when speaking of Santo Press, casting off the appearance of something larger than it is and embracing all I’ve accomplished as a one-man operation.

Santo Press is my business, fine art and letterpress printing is my profession, but art is my career. I continue to make art for exhibition and custom furniture on commission. In the past year, I have taught printmaking part-time, done video sourcing/editing/formatting, graphics and industrial design, custom art fabrication and installation and even a bit of harmonica playing to retain my title as a self-employed artist.

Has luck played a meaningful role in your life and business?
As a subliminal survival strategy, I don’t really recognize bad luck. But having said that I do think I have been lucky, especially with timing. When a professor at ASU quit with short notice I was there to fill his shoes. When Joe Segura of Segura Publishing (now Segura Arts Studio at Notre Dame) lost his Studio Manager and Master Printer I was available. It was there I met and worked with James Turrell, from whom I got my first press, enabling me to start Santo Press.

Other things in my life where more fleeting but no less significant such as the time I was a participant at the Seed Summit Conference hosted by the Robert Rauschenberg Foundation at his Florida studio on Captiva Island. While night swimming in the ocean I had the experience of sharing the water with bioluminescent plankton. Or recently when I had the luxury (luck) of time and some financial security (so elusive to working artists) to spend quality time with my mother-in-law as she lost her struggle with brain cancer. 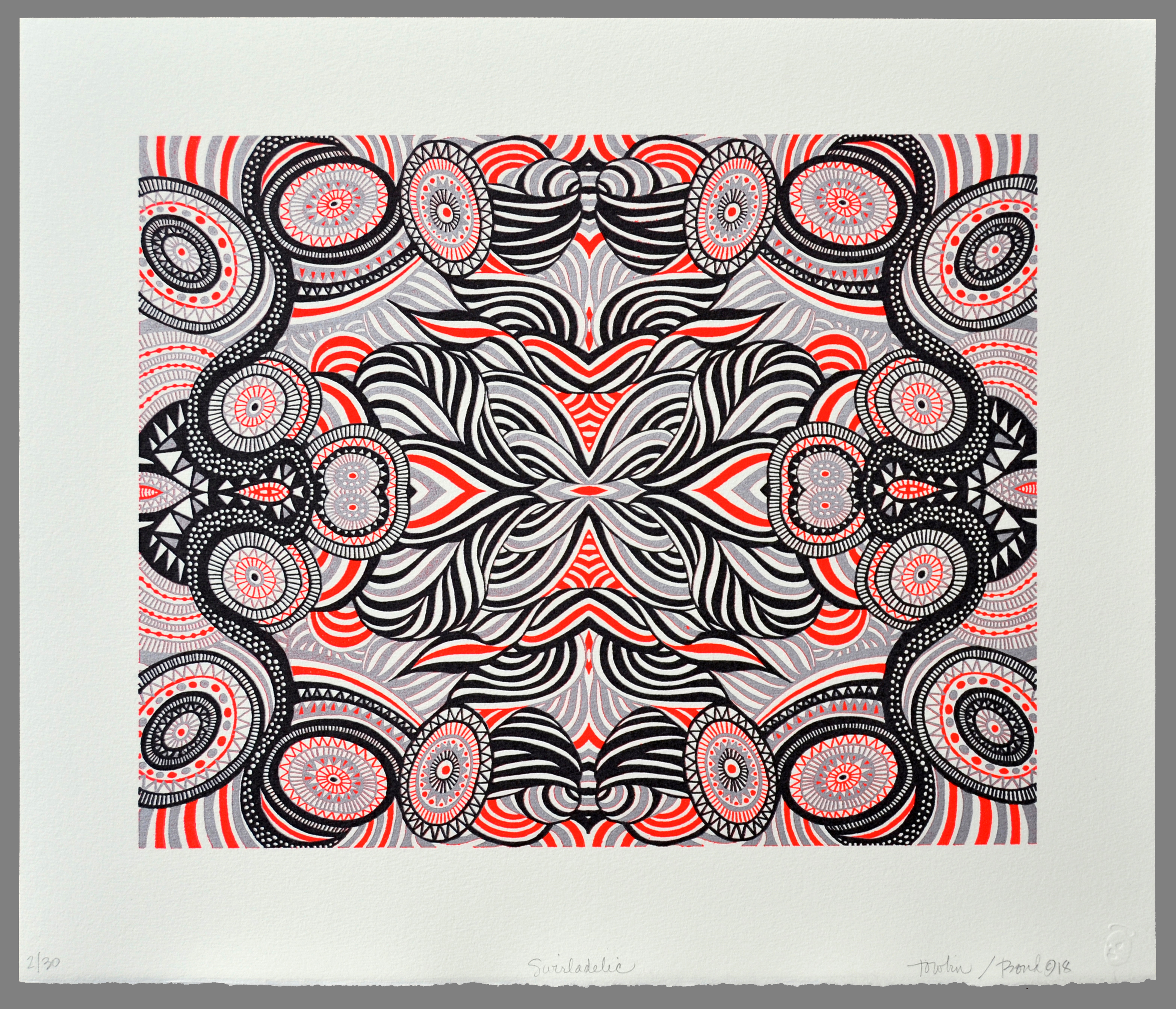 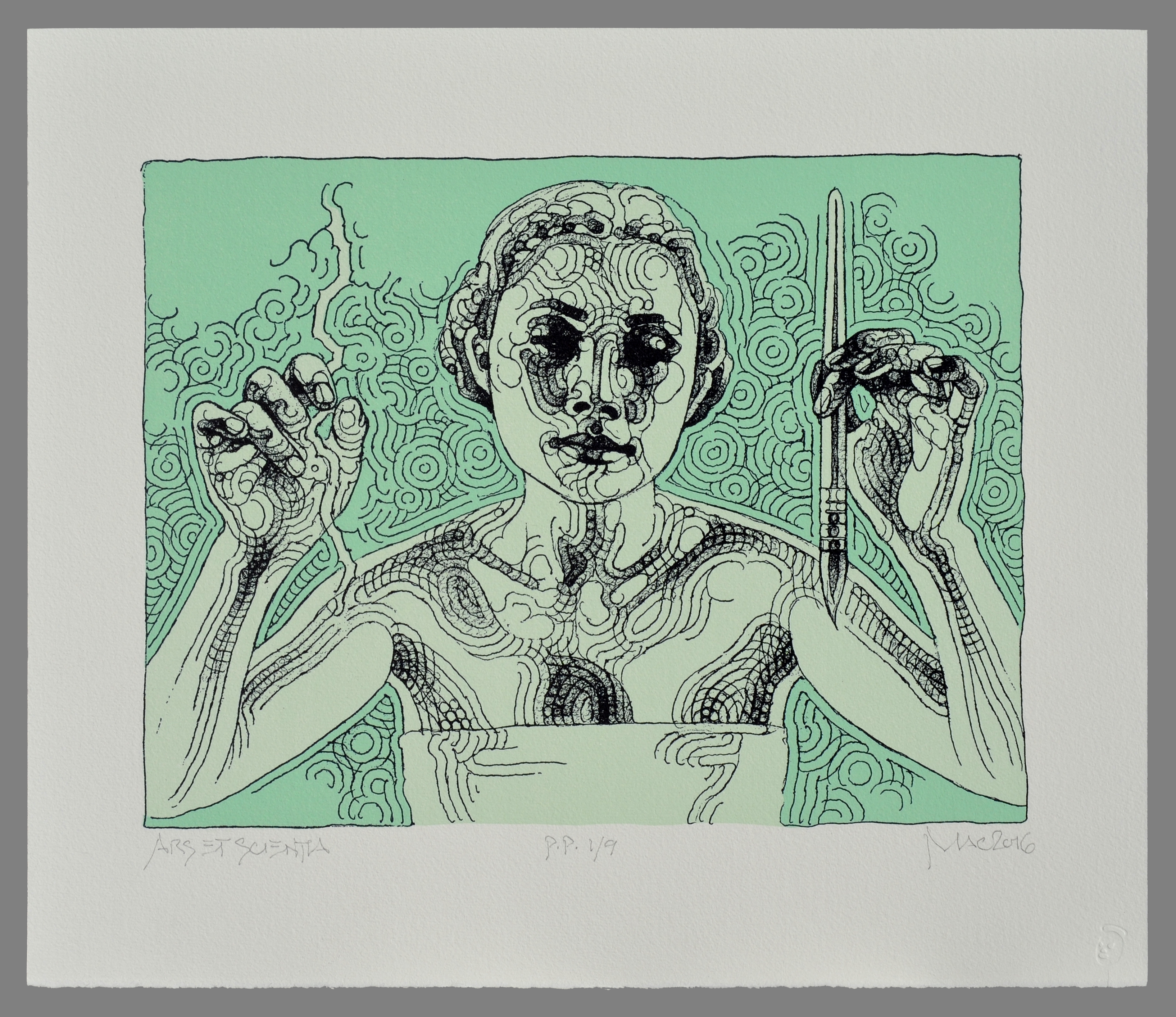 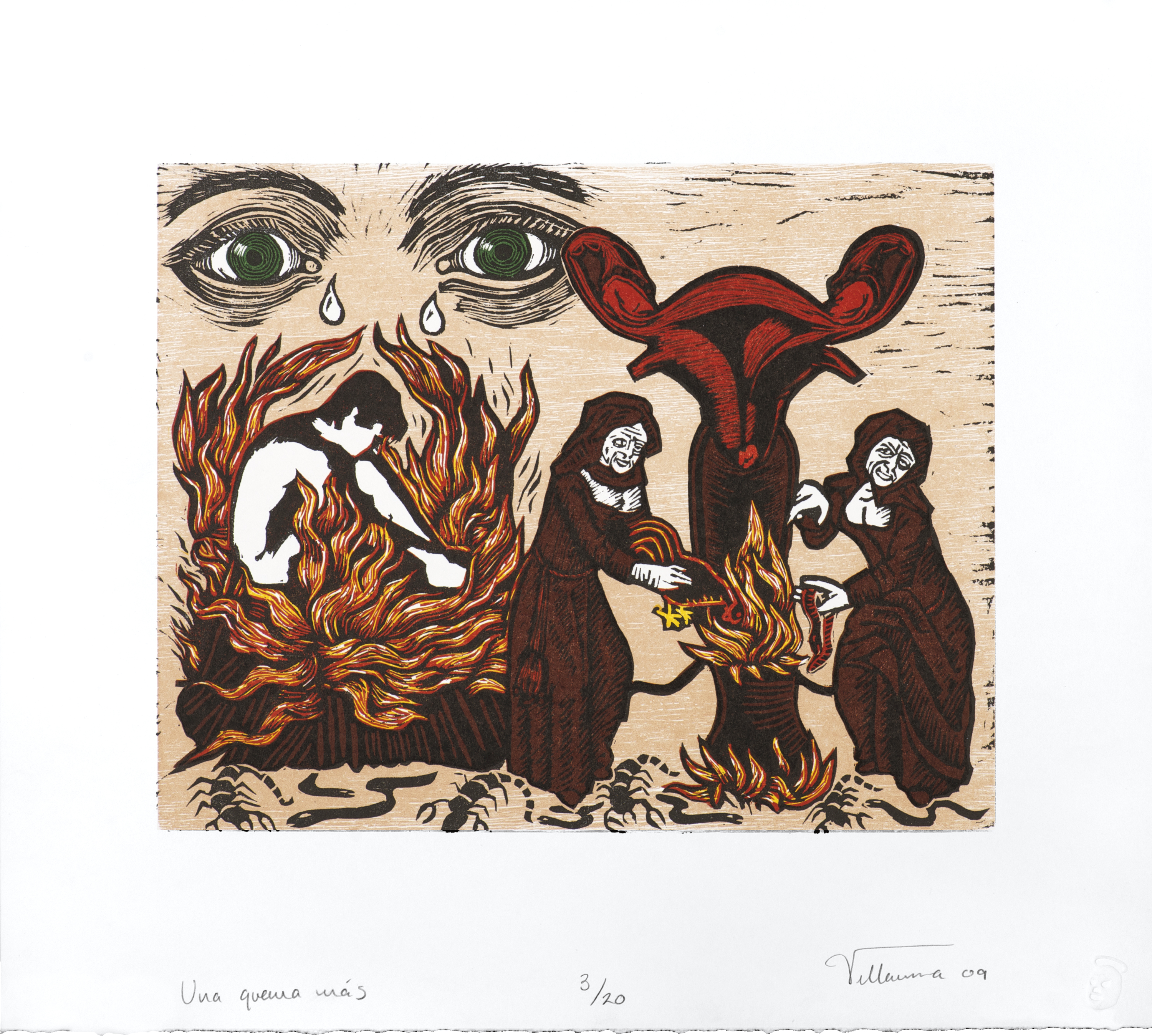 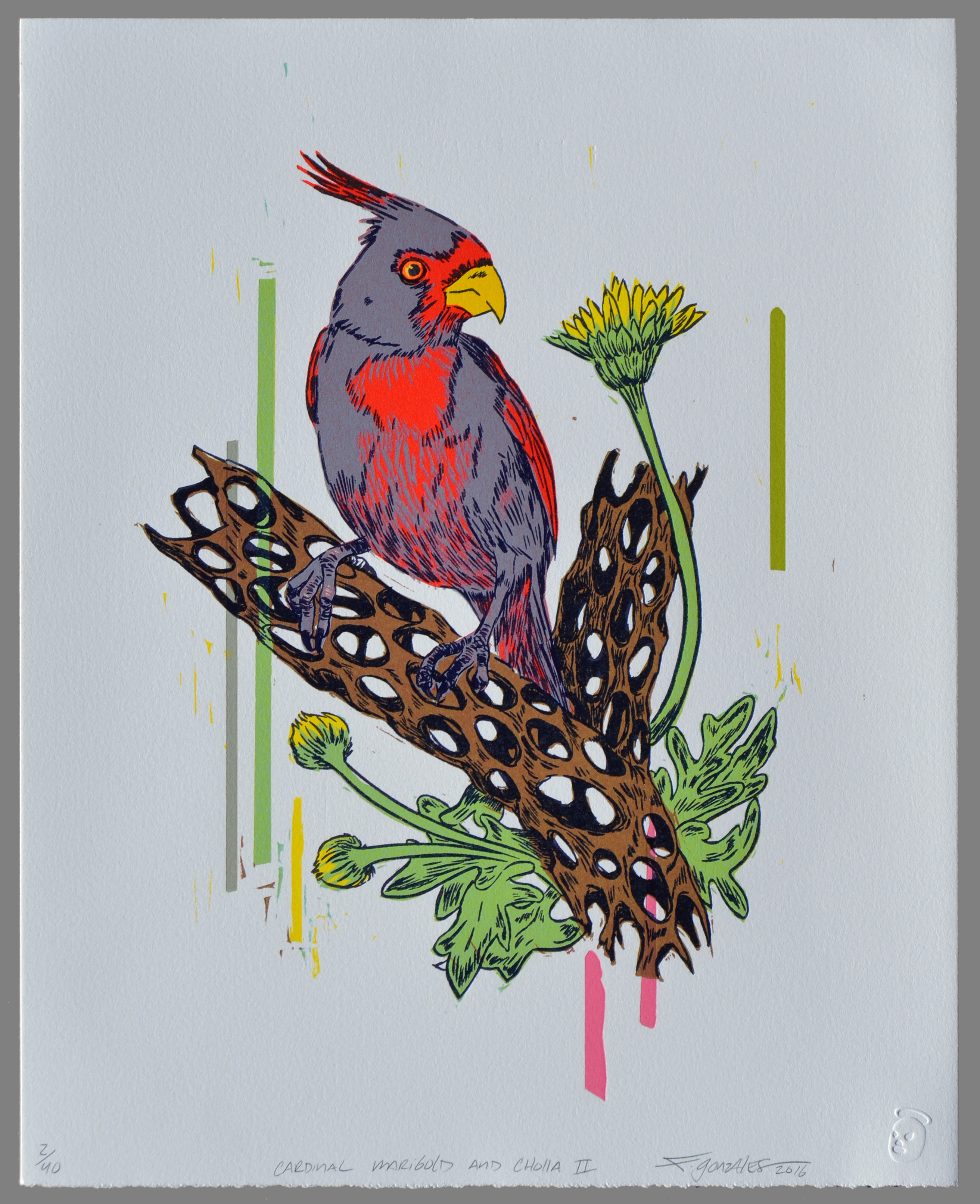 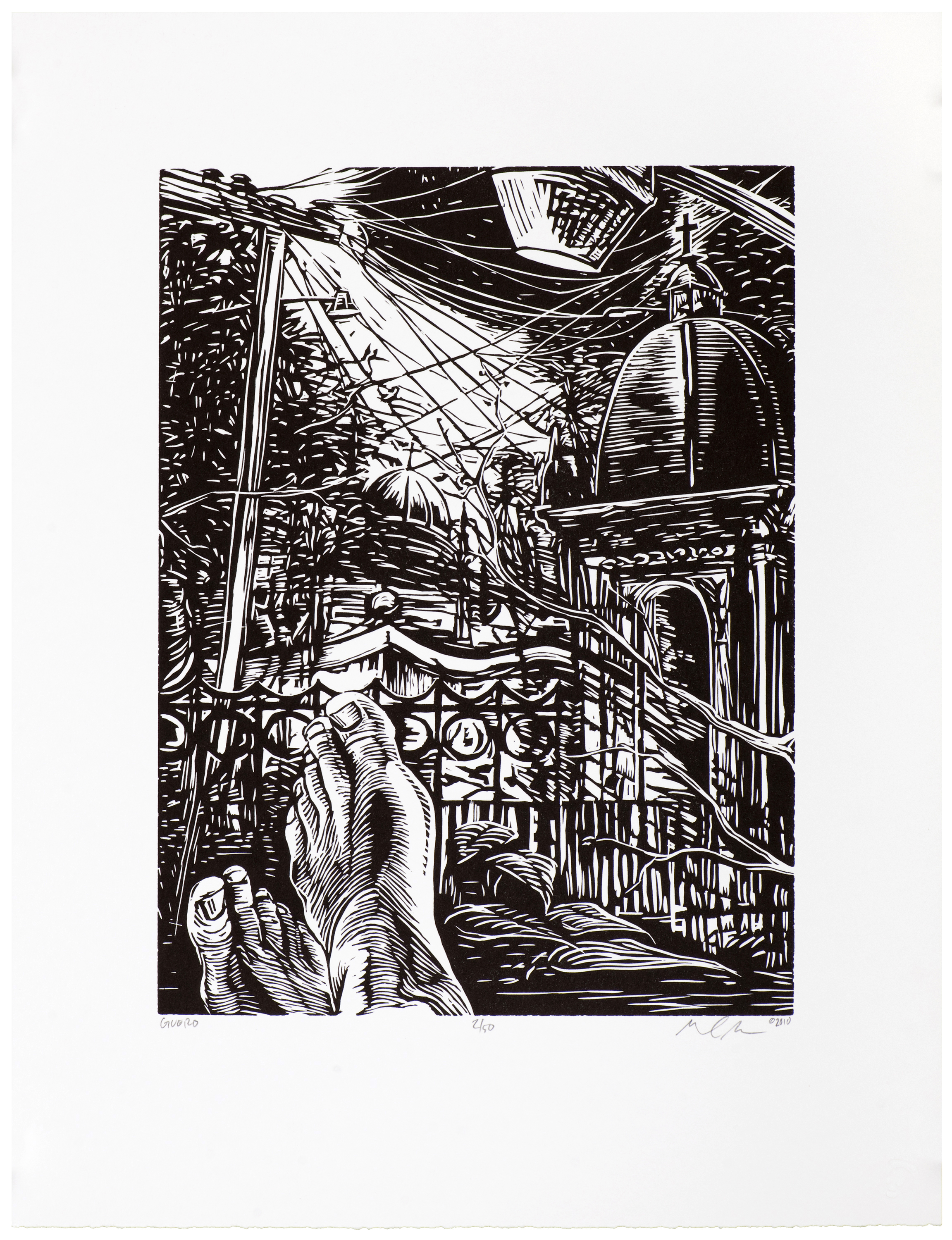 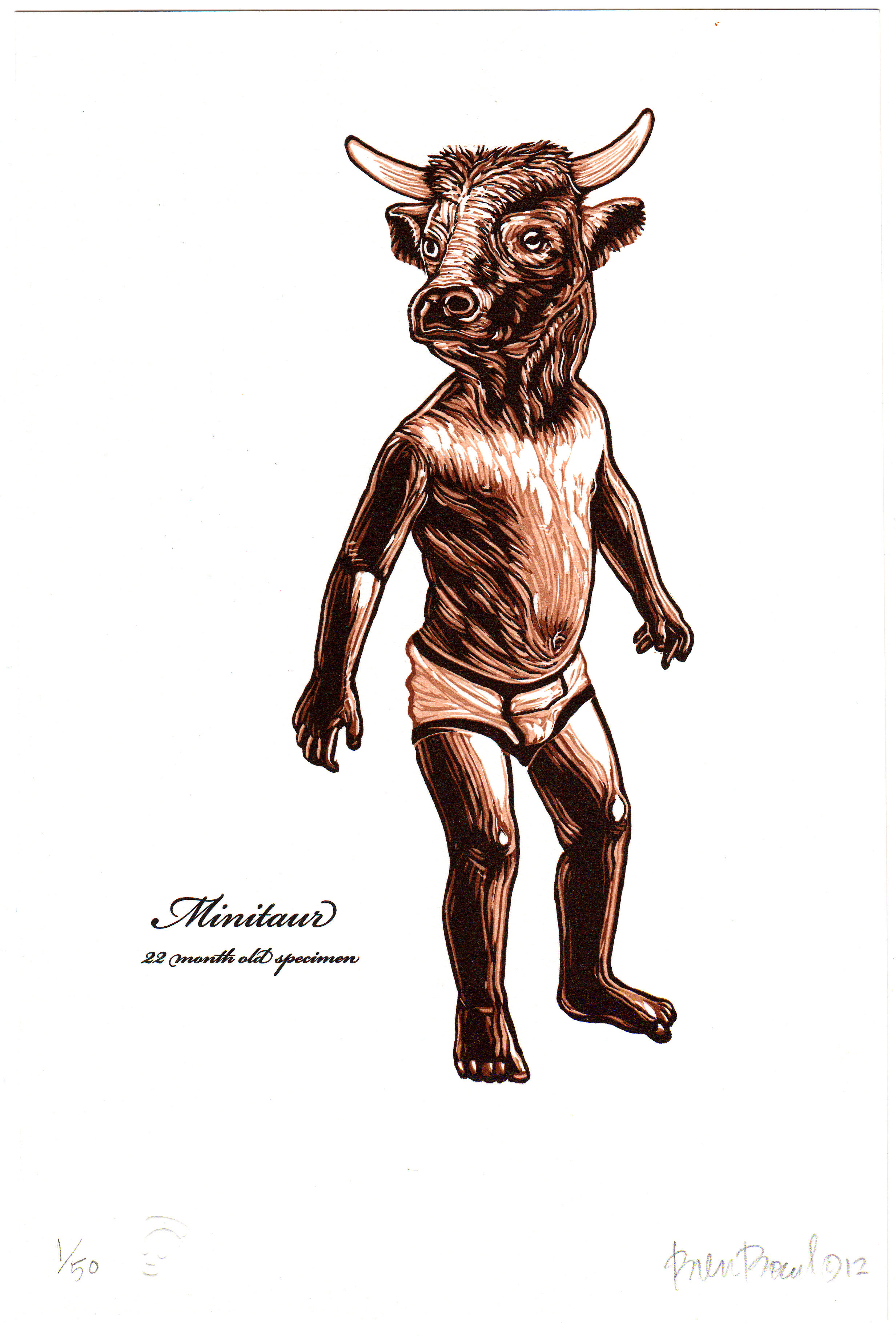 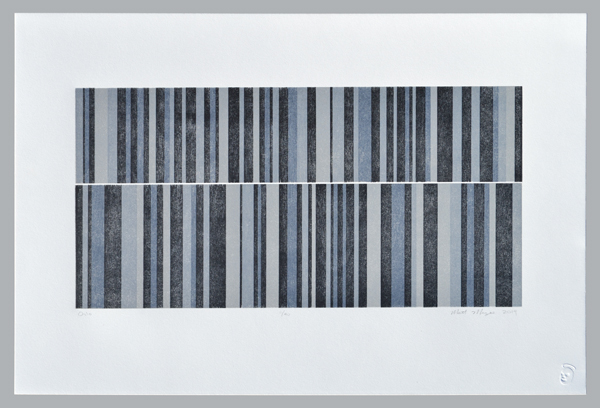