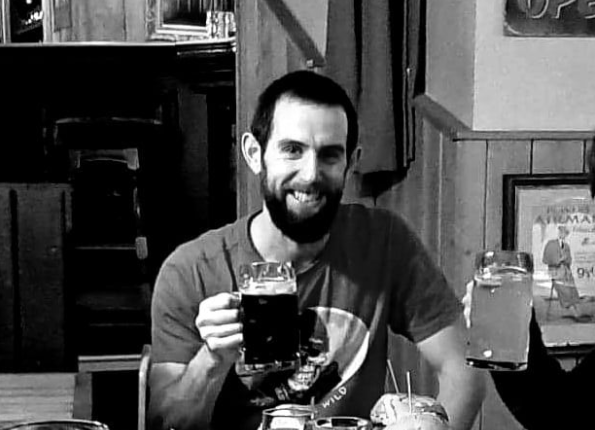 Today we’d like to introduce you to Vince Larue.

Vince, please share your story with us. How did you get to where you are today?
I’m a French citizen and I currently live in Cherbourg, France.  I have spent over a year and a half in Phoenix, almost two years in the US, 11 trips, between April 2012 and October 2019. Sometimes for just a couple weeks, sometimes three months at a time.

2010 – Started working for a Paris-based publisher of American literature called 13th Note editions, and made illustrations for one of their authors, Scottish, Phoenix-based, noir author, Barry Graham. After exchanging with him through social media, we worked on a graphic novel, DARK HEAT, “a contemporary hybrid of crime thriller and ghost story, set against the bleak desert cityscape of Phoenix, Arizona.”

2012 – First trip to Phoenix, one week only, to meet Barry Graham in person, after finishing the illustration of Dark Heat ~ 135 pages graphic novel. A childhood dream made true. A few months later, I came back and we promoted Dark Heat at different events such Chaos Theory, a big art show downtown taking place in a warehouse every October.  I made significant connections this year, like Robert Sentinery editor of Java magazine, a famous monthly magazine covering art and culture in downtown Phoenix. Also Robrt Pela, a Phoenix New Times journalist, who operated also as a renowned gallery curator in the Valley. I was 25 years old then.

Graham moved to Portland in October and I followed after traveling through California, where I set up a meeting in Carmel-by-the-sea with one of my favorite artists, John Thompson, famous psychedelic artist from the Bay area in the 60s. I also went briefly to the San Francisco Zen Center on my birthday eve. What further inspired me to create a poster for their 50th anniversary. While in Portland, I made posters for local businesses such the Float Shoppe, and Animal Athletics.

2013 – I came back shortly late January after working briefly in a factory in France, Robrt Pela had invited me to be one of the featured artists at his upcoming group show, “the Joe & Jan show”… about Joe Arpaio the Phoenix sheriff, and Jan Brewer the Arizona Governor at the time. A political and highly controversial theme that easily fed my creativity. Plus, Barry Graham, well-known journalist had interviewed Joe Arpaio in the past, and introduced me to Robrt Pela as soon as my arrival (First Friday, April 2012) so I couldn’t not be there!

2014 – I was part of a new art show curated by Pela in December 2013, the theme was “Jesus”. I couldn’t make it in person but I had a few pieces in the show, and returned in January and stayed three months. Worked with Courtney Lonergan, ASU anthropology teacher and grassroots community organizer who was training teenagers with Youthbuild Phoenix.

2014 – 2016. After so many connections in the art and literature scenes, I launched and illustrated a project called Southwest Noir, a collection of short stories featuring several writers from the American Southwest, Including Larry Fondation, James Sallis, Barry Graham, Steve Shadow, Jenna Duncan, etc. The project was supported by Robert Sentinery from Java Magazine and Steve Hanson, a friend, art collector and nutrition expert.

The book came out in January 2016, and I was in Phoenix in February to promote it myself. I returned for three months in the fall, showed my works at the Grand Avenue Art Festival, worked with Three-Legged-Dog, a bluegrass band, which has James Sallis as one of its three musicians. In between those travels, I’ve always kept a day job back in France. It switched from a food factory (2013-2016) to a sports goods store (2017- to present), what suits me better, as also a long time endurance athlete and active ultrarunner.

Has it been a smooth road?
Bouncing back and forth from working in a factory in a remote small town in the French countryside to a very active and social artist life in downtown Phoenix was a deep, tough, yet magnificent struggle. Plus, I got denied an O1-B visa application, sponsored by Steve Hanson (Grip Ideas), and despite a dozen of recommendation letters, in the summer of 2014. It kept me from returning and have my own solo show at Robrt Pela Contemporary Art which was already scheduled for months in advance. Lots of money wasted from hiring an immigration lawyer didn’t work out. A real delusion.

We’d love to hear more about your art.
I work with pen and ink and illustrate graphic novels, stories, book covers. But also create posters, portraits… Aside from Dark Heat and Southwest Noir, I have had a third big project called “Filles Seules” a graphic novel with french writer Marianne Costa, it was published in 2018 by Maelstrom ReEvolution, a publisher from Belgium. Marianne Costa is known for her translations of Lawrence Ferlinghetti, as well as her works with Alejandro Jodorowski.

Lots of my posters are either inspired by life events/encounters or music. What I am proud of is that despite not being a company properly speaking, my art has touched many, it has always been my real passport, my passport beyond a passport, beyond borders and nations, and a great tool for communication and expression.

Let’s touch on your thoughts about our city – what do you like the most and least?
The art and music community, but also the trail running community, the heat, the people, the food. Places like Crescent Ballroom, the Lost Leaf, Carly’s Bistrot, the Rhythm Room, The Bikini Lounge, but also the Phoenix Mountain Preserve, South Mountains, etc. is all what I have loved and still love about Phoenix. The heavy traffic and the massive gentrification of the Art District since 2016, are things I dislike. 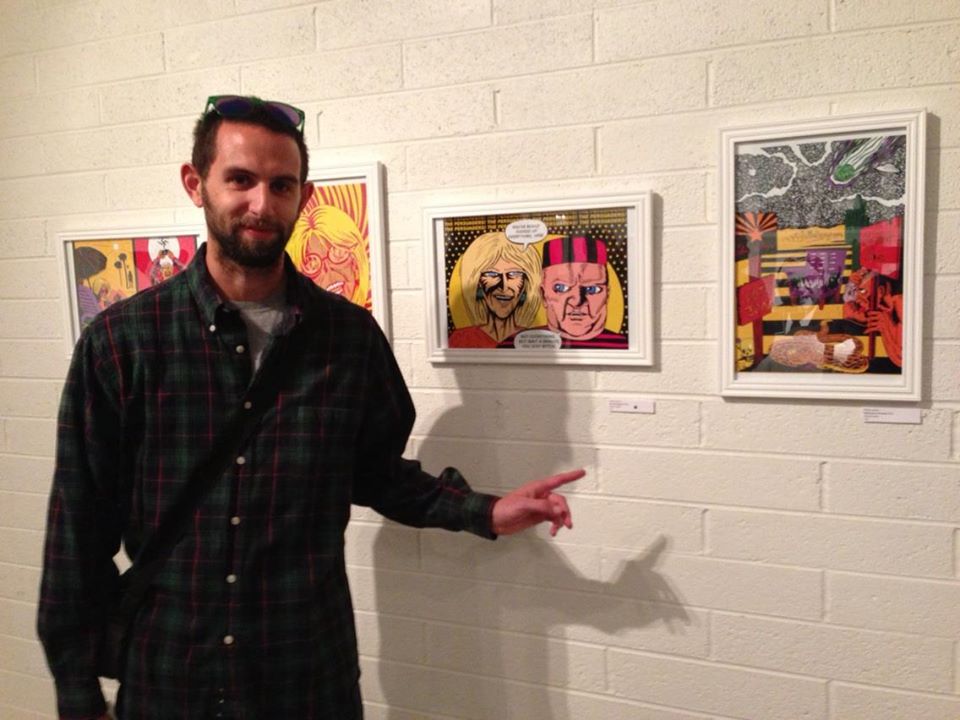 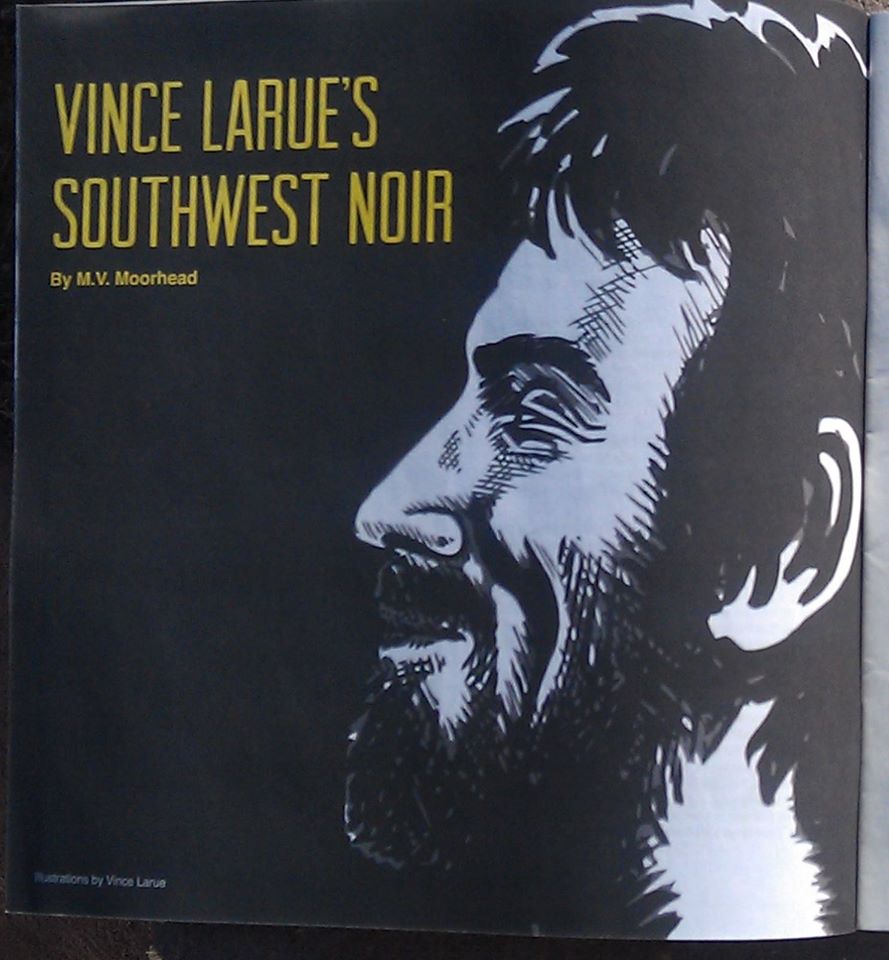 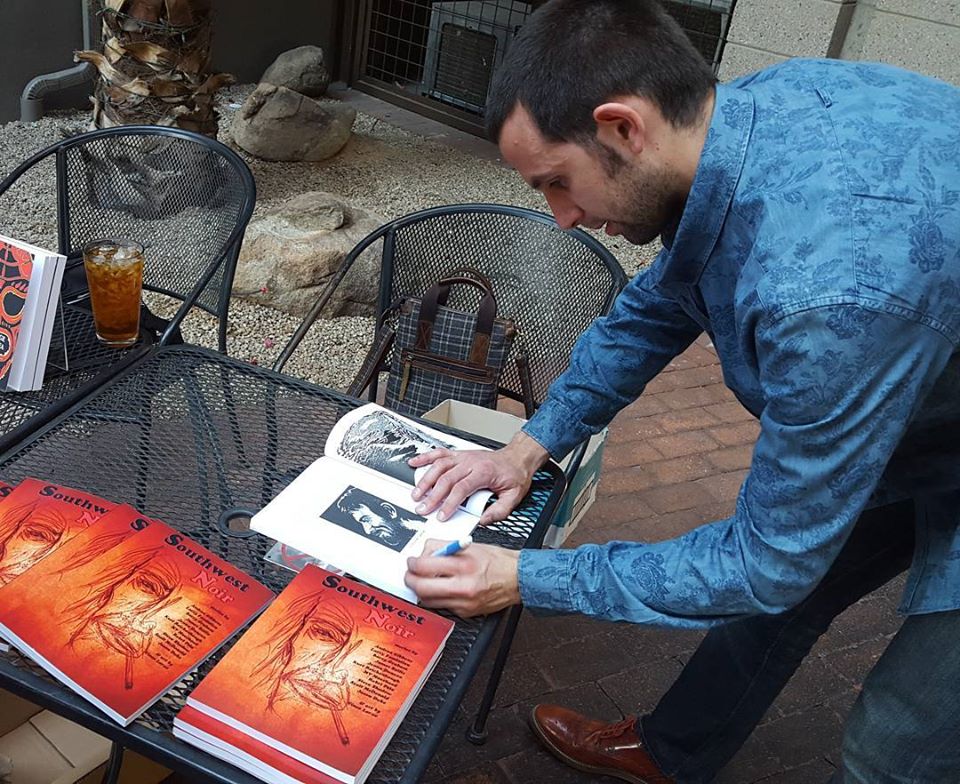 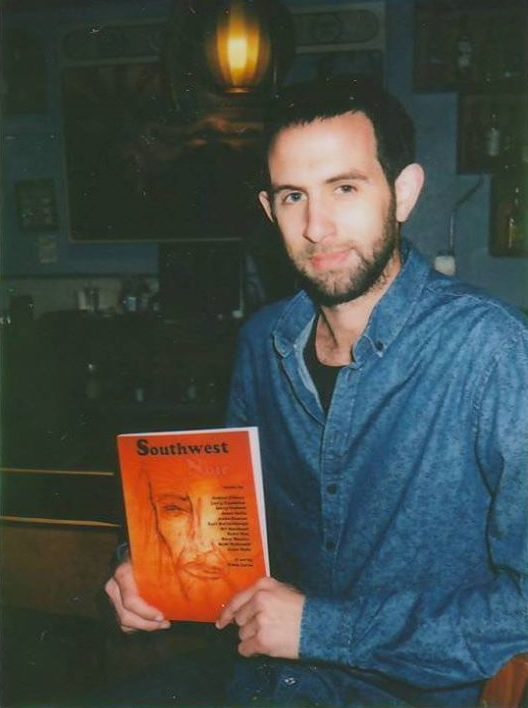 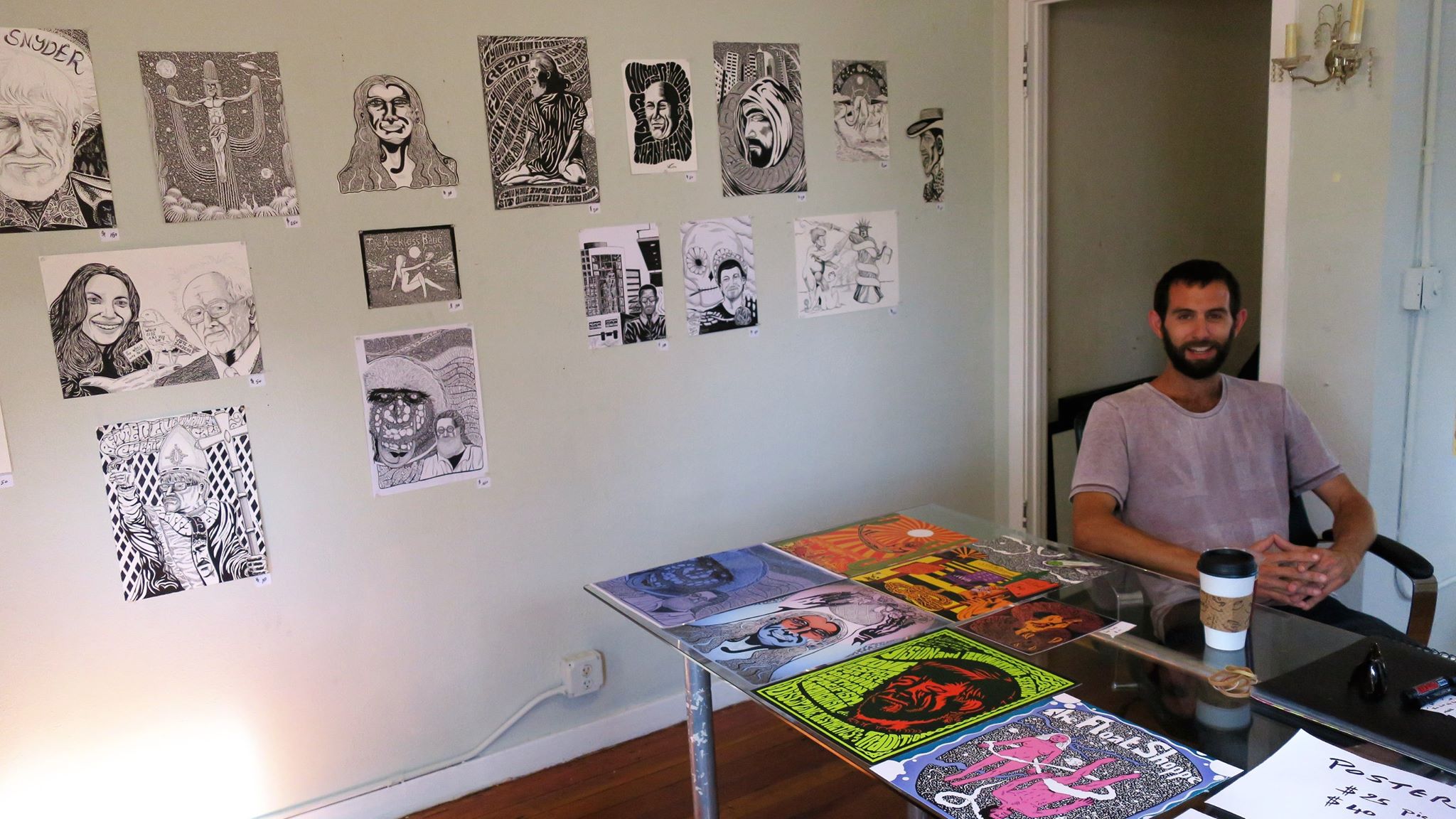 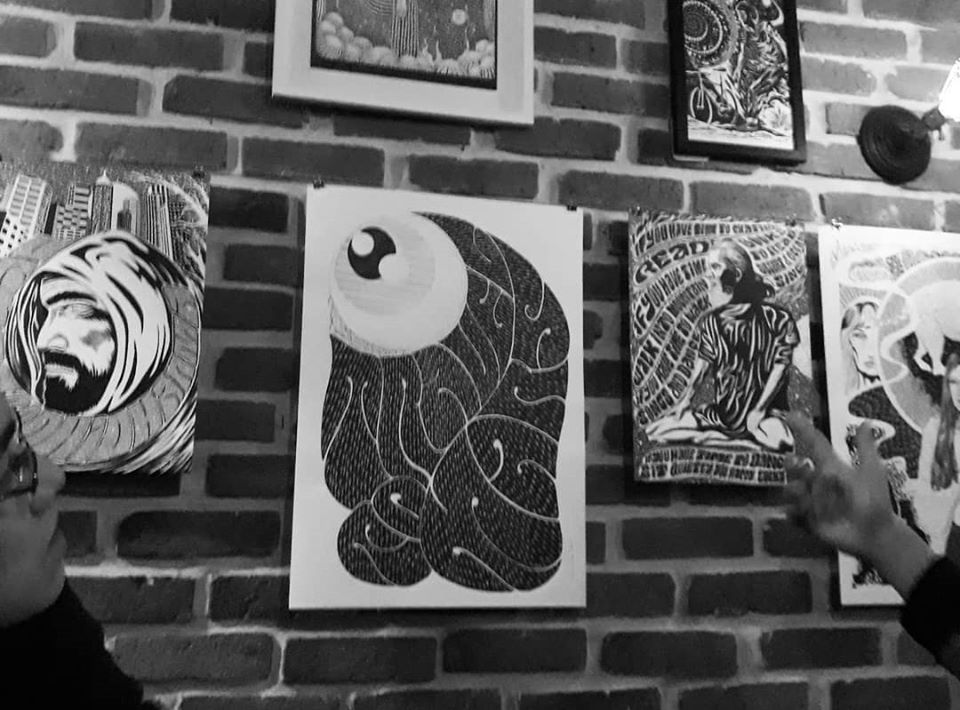 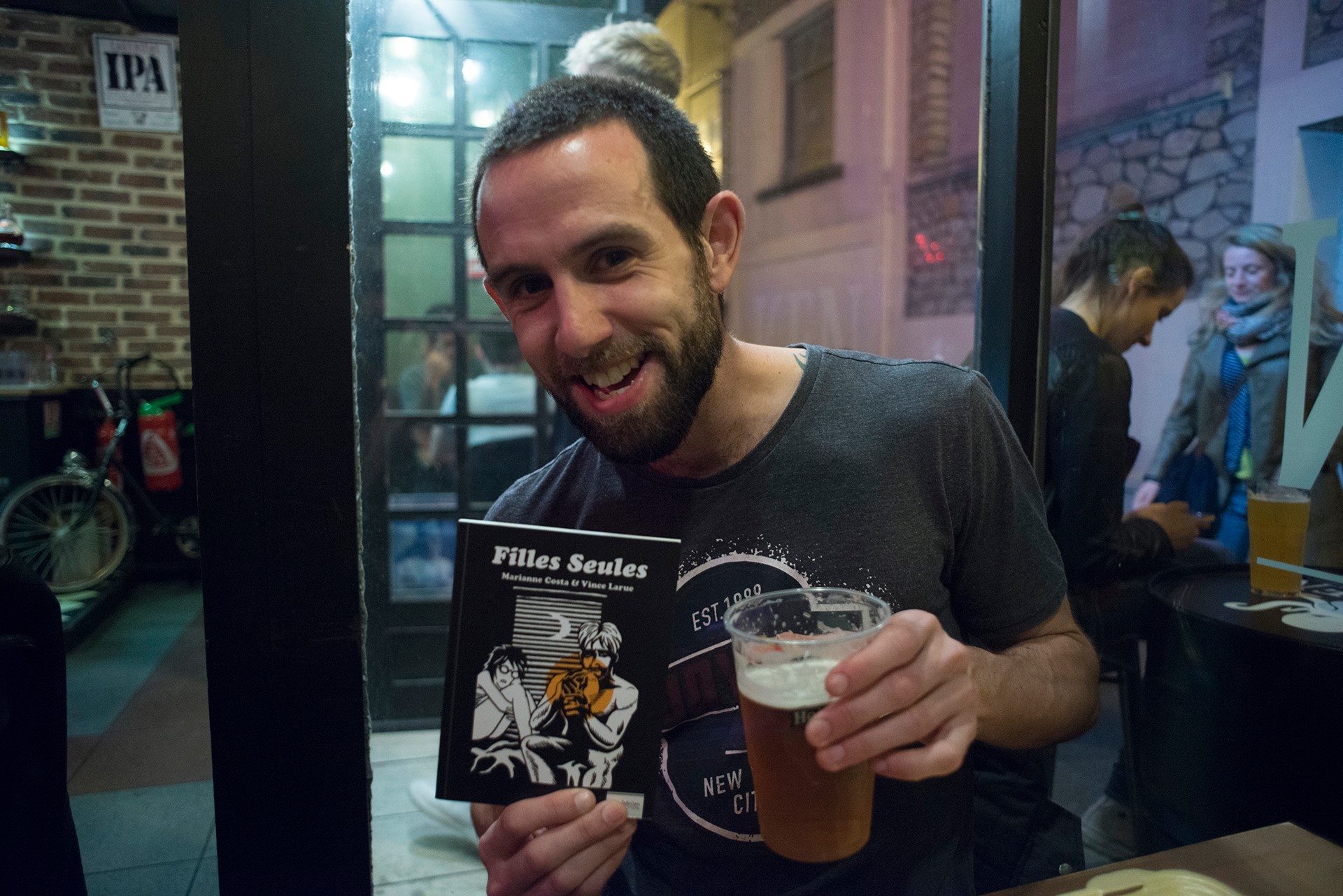 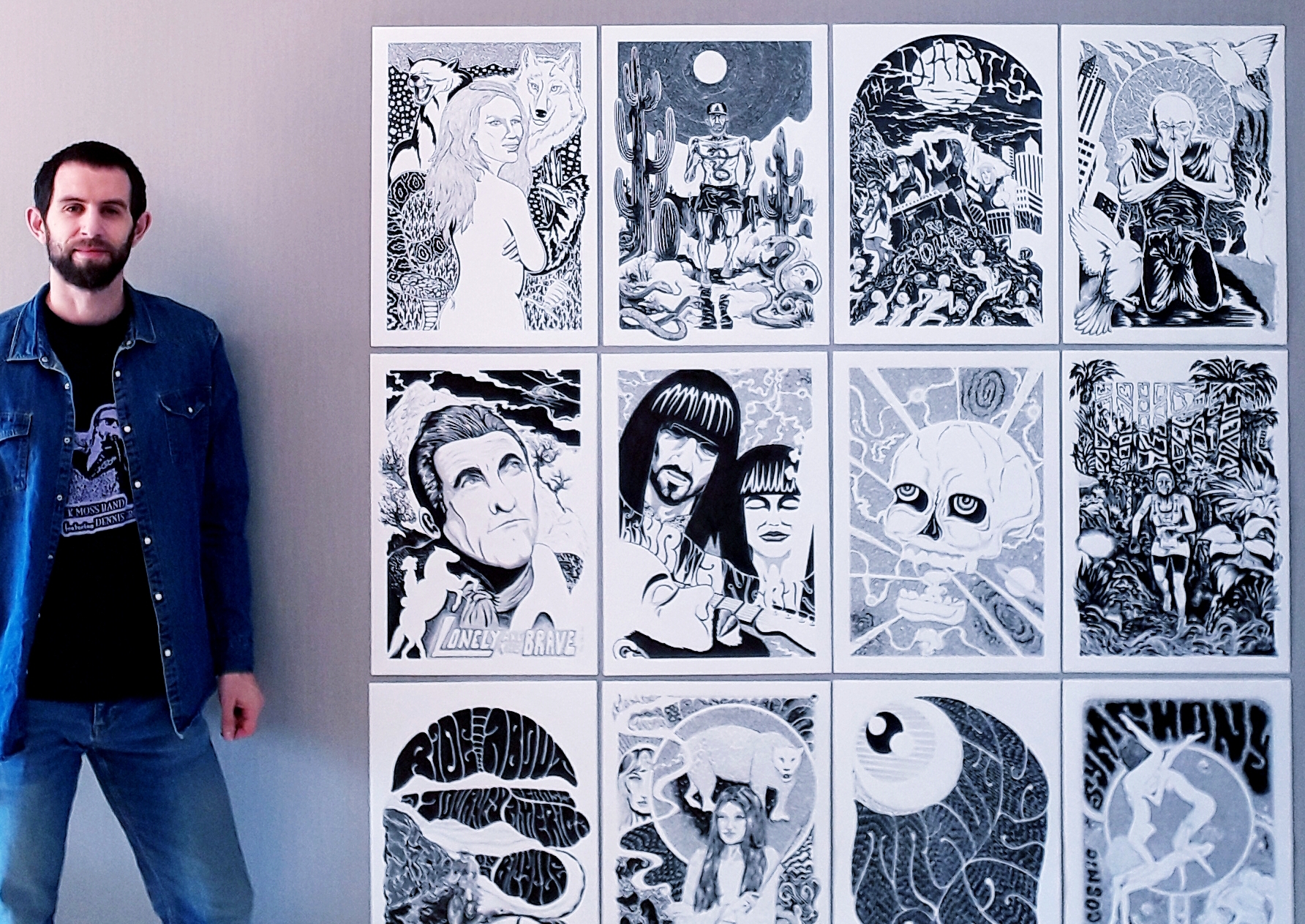