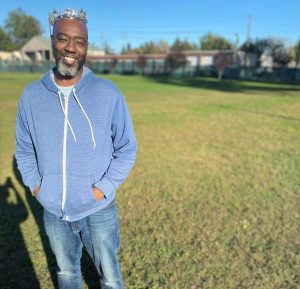 Today we’d like to introduce you to Amin Brown.

Hi Amin, we’d love for you to start by introducing yourself
I’ve been a lifelong fan of boxing, participating in Boys & Girls Club and recreational programs in my early youth. I used it as anger management but kinda fell out of the loop during college in the late-90s, until around 2008-2009. I needed another safe outlet around that time to cope with some anger an addition issues which I was experiencing, so I began training in early-2010. In an effort to regain some self-control and stability, I began to throw myself into the sport by visiting boxing gyms, going to fights, and sharing my experiences with others when I came across a boxing podcast (e.g., Tha Boxing Voice) around 2011 which seemed to provide a platform where boxing fans can interact with each other as well as fighters and learn more about the underpinnings of the sport.

In time, I went from a regular listener to a regular caller, then to Caller of the Year for 2017 which eventually led to me becoming a correspondent and co-host for the program. It was also during this time which I developed my content on Instagram which is more of a personal reflection of my appreciation, perspective, and dedication to the sport of boxing.

Would you say it’s been a smooth road, and if not, what are some of the biggest challenges you’ve faced along the way?
No, it hasn’t been a smooth road. Just like a fight, you gotta be prepared for 12 rounds. I’ve struggled with some addictions, suffered from some tragedies, especially the loss of my grandmother, father, and our beloved family dog Mimi within the last 5 years, but I’ve also gotten married and had children in that same period of time. But I believe that I’m up on the scorecards, and life hasn’t beaten me up too bad!

I also lost my first IG platform in 2019, and I started to give up because my father died 3 days later. But decided to take a knee rather than to stay down, so the fight continues!

Thanks for sharing that. So, maybe next you can tell us a bit more about your work?
I’m actually an employee for the Department of Labor, for which I assist individuals with disabilities to obtain employment. It’s very rewarding, and I have a level of creativity to exercise when it comes to envisioning the potential and possibilities despite someone’s limitations. However, I’m most proud of my 3 children, ages 14, 5, and 4. They are my greatest legacy, and my greatest accomplishment will be building them to be able to see and achieve their individual successes.

What sets me apart from others is that no one sees things, sees life, or has the perspective that I have because I’m such an experienced and well-rounded person. I’ve been all over the US, to some corners of the world and I channel most of those ideas and experiences through the lens of boxing and what it takes to be a fighter; what it takes to keep fighting. No one in the world is as eloquent nor as are they as profane as me when it comes to articulating boxing & life commentary!

Alright so before we go can you talk to us a bit about how people can work with you, collaborate with you or support you?
For branding, advertisement, consultation, and other services please contact me at bullybreedboss@gmail.com