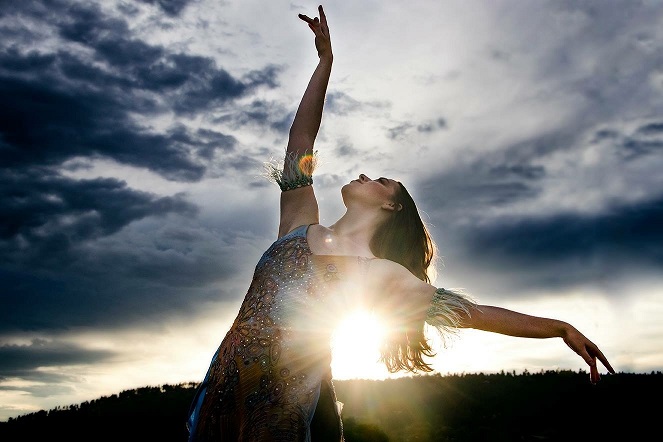 Today we’d like to introduce you to Cadence Lamb.

Hi Cadence, we’re thrilled to have a chance to learn your story today. So, before we get into specifics, maybe you can briefly walk us through how you got to where you are today?
My mom was a professional actor, singer, and dancer so I guess that’s where I started. I was lucky enough to grow up knowing that it’s possible to do that for a living and not be a movie star. To be a successful artist without making it to Broadway. She always told me it would be hard, never sugar-coated it, but she was proof I had from birth that it was possible.

She was also my first teacher. I was singing before I could really talk, started taking dance at the age of 4, had my first role with lines when I was five, and wrote my first full song when I was 6. I kept all that up through high school, then went off to Illinois Wesleyan University to get my BFA in Acting and minors in Dance and Psychology.

Actually, there were many moments in college I almost left my BFA program to pursue something else like Psychology or Religion. Not because I didn’t love my program and what I was learning. I just wanted to learn more, and do more. I’ve always had issues with overbooking myself because of this curiosity. But what kept me on an artistic path was the realization that the arts are an endless pool of knowledge. Every character I play is a whole new life I get to learn about.

In every dance class, I learn more about my body. Every song I write, I learn more about how I process emotionally. That type of endless learning is SO exciting to me. I’ve never agreed with artists that say things like ‘I can’t imagine doing anything else. Don’t get me wrong, I know I wouldn’t be as happy at a desk job, but of course, I can imagine myself doing other things. That’s WHY I’m an actor. I get to imagine myself doing other things and getting paid for it.

Since graduating, I’ve been baffled by the consistency of my career. I figured I’d be bartending for three years before I acted again, but I ended up mostly acting for those three years. I have performed, composed, and choreographed professionally in 6 states now, and I have met so many wonderful people doing it. I’ve even already played some of my dream roles including Hamlet! And I’m about to drop my first single on Spotify titled ‘float’.

Now, I just moved to NYC! Which has been thrilling and scary and empowering all at once. I am so excited for the opportunities here and so grateful to my hometown Phoenix for giving me the space to grow to where I am today.

We all face challenges, but looking back would you describe it as a relatively smooth road?
My biggest struggle has been one most artists face. It’s answering the question: “Where do I fit?”.

It takes a lot of confidence to know you have a place in the arts industry and a lot of discernment to know where that is. Especially as someone who throws her hat into many rings, it’s easy for me to see myself as a jack of all trades, a master of none. And there’s of course some truth to that; I’d be a better dancer if I had delegated all of my time to it.

But that doesn’t mean I’m a bad dancer, or even that I’ve spent less time and sweat than many other dancers. In fact, I can think back to multiple moments when someone who knew me and my work suggested me a great opportunity that I never would have thought I was good enough for on my own.

Of course, the other side of this fine line is knowing your limitations. For example, I knew my song was worth producing, but I also knew it wouldn’t be as good if I produced it alone, so I found someone to do it for me. Even throughout that process, I continued to ask other musicians I knew what they thought about the mixes and marketing.

It’s a line I’m still learning how to walk.

As an actor, it can get a little personal. You can get caught up in wondering, “Did I not get that part because I’m not pretty enough? Or I’m too tall? Or my voice is too low?” I know I don’t fit the typical ‘princess type’ and that used to really get to me. It made me feel like I was less attractive in general and that there was a whole ‘princess’ part of life I would forever miss out on.

Well, now I know that’s bullshit. And I’m so grateful the media is pushing against these stereotypes too. Something else that helped me realize this was talking to some other actors I knew that fit the ‘princess type’ and felt boxed in by it. They wanted to play characters with more grit and power like I was being cast.

I still have to remind myself that whatever boxes casting directors try to put me in, they don’t make me less of a full person.

Thanks for sharing that. So, maybe next you can tell us a bit more about your work?
As an actor, I’ve done primarily Shakespeare and Children’s theater. I’ve played male and female characters ranging from bold royals to heartfelt romantics and I love them all alike. I have also really enjoyed the two tours I did to schools in rural areas. It’s an amazing privilege to be a kid’s very first play.

As a dancer, I was a showgirl at Barter Theatre for two seasons and I’ve choreographed for every company with which I’ve worked for both period pieces and more traditional musicals.

As a musician, I have played guitar and ukulele in shows and composed them for those shows and my own personal songs. The song I’m about to release on Spotify is a piano piece I wrote.

I think people keep hiring me back because I am such a multi-faceted artist, but also because I am a positive person to work with. The arts is about trying things and working together. It necessitates confidence and bravery but has little room for ego.

So I’ve always worked to have an active and open attitude toward any process. Plus, I always have more fun that way.

What do you like best about our city? What do you like least?
Phoenix has so much to offer in terms of food and bars and places to perform. I also love how to spread out it is. The extra room to breathe was always worth the longer commutes for me.

There are definitely fewer opportunities than in other big cities, but there are plenty of art lovers. They just need to make their own opportunities. 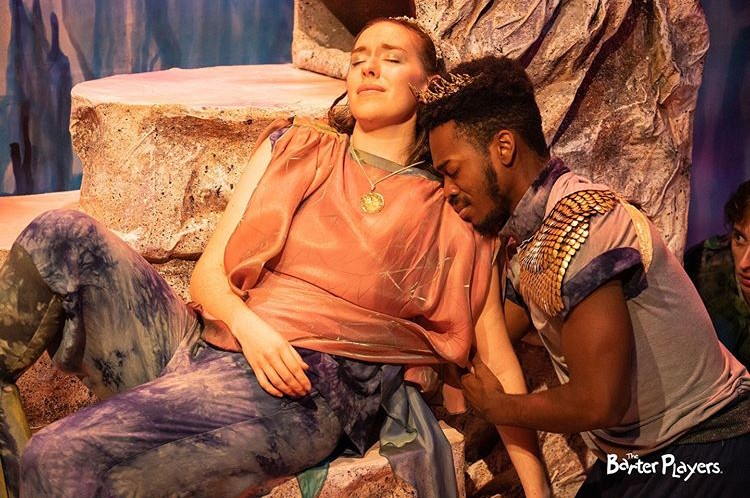 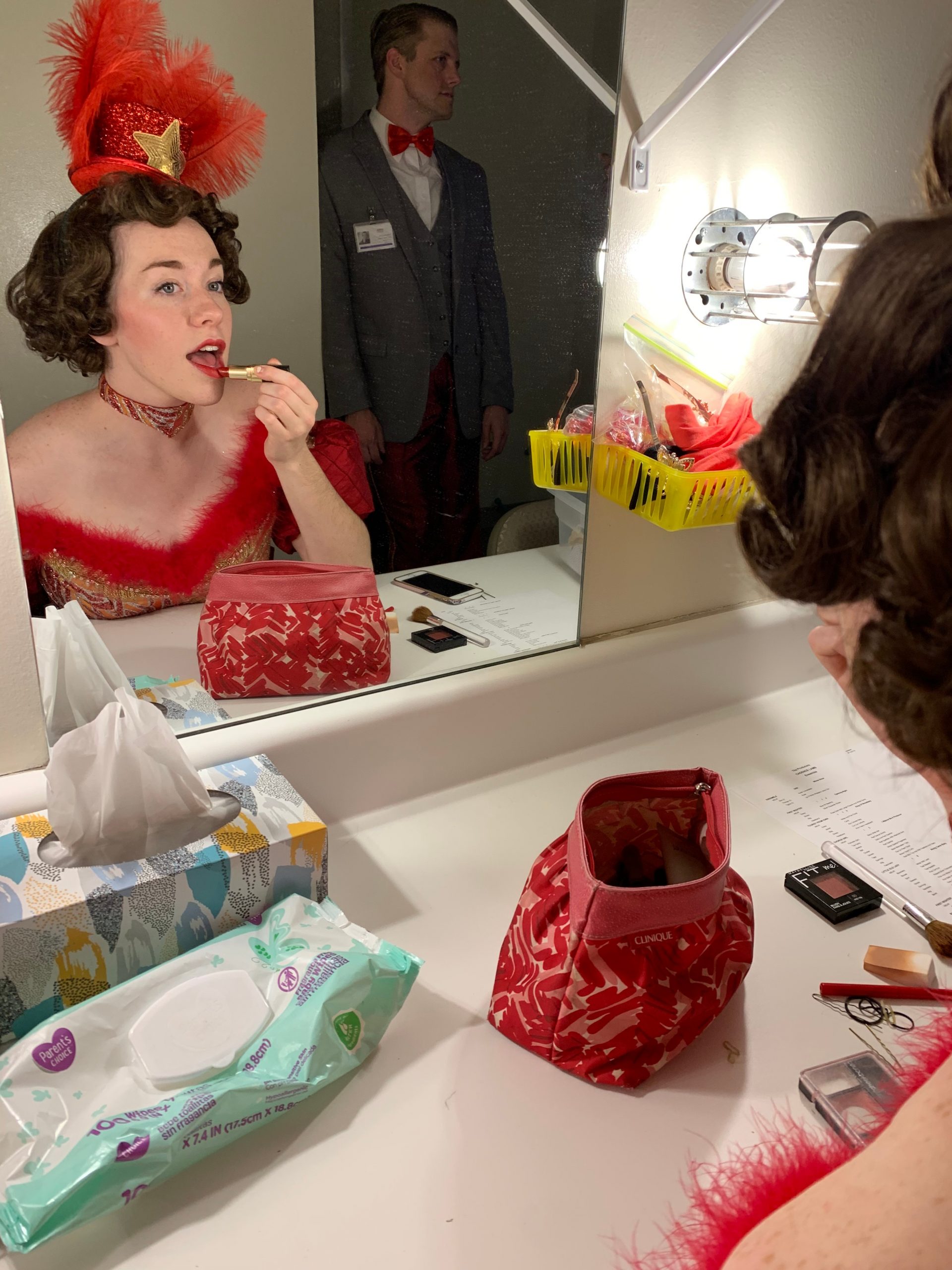 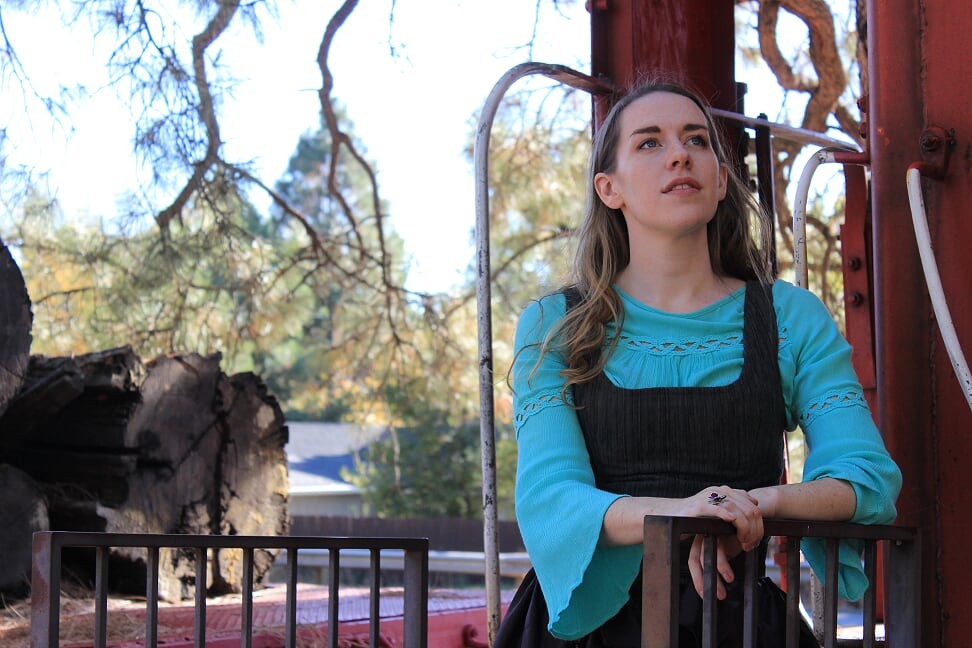 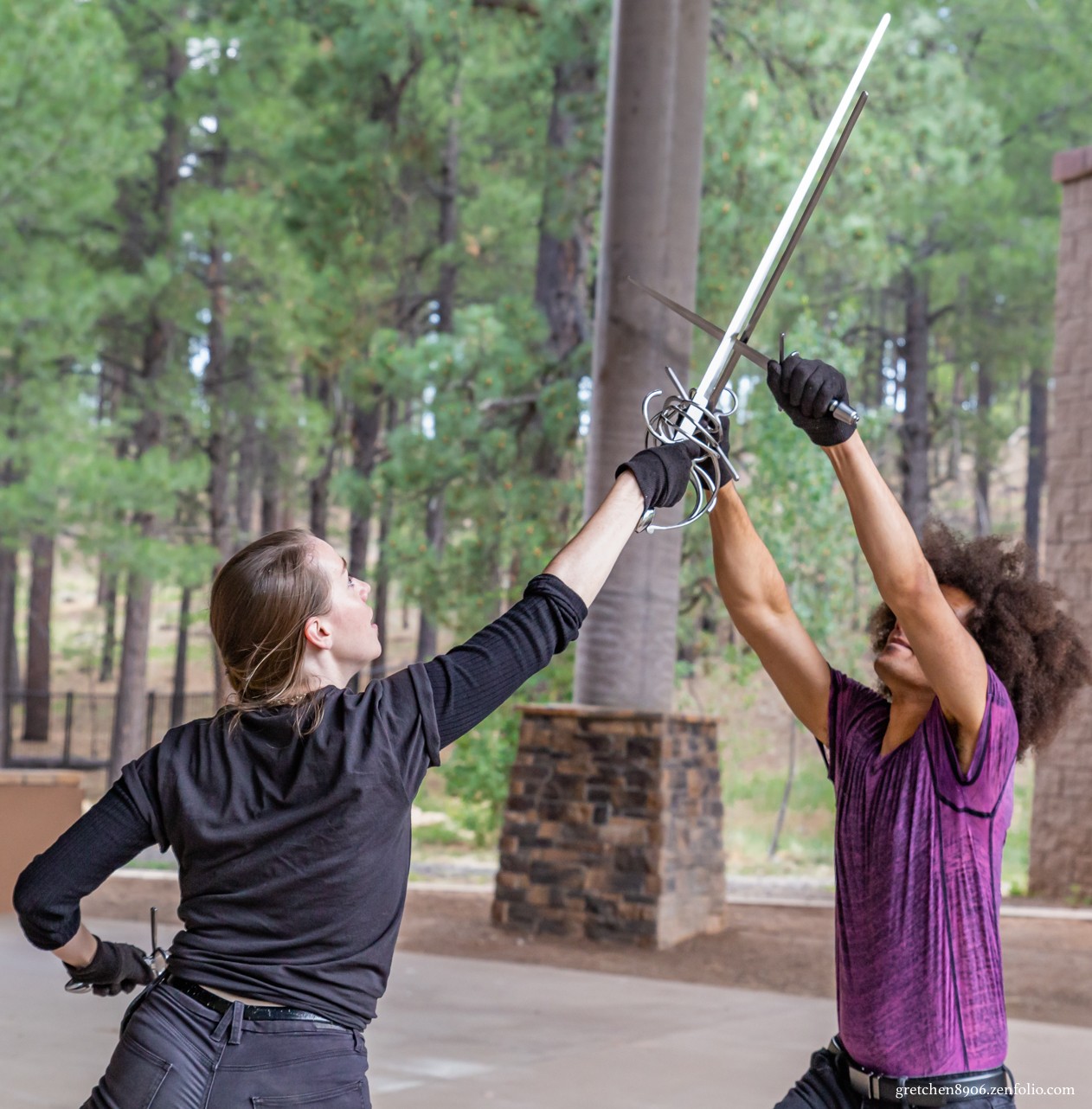 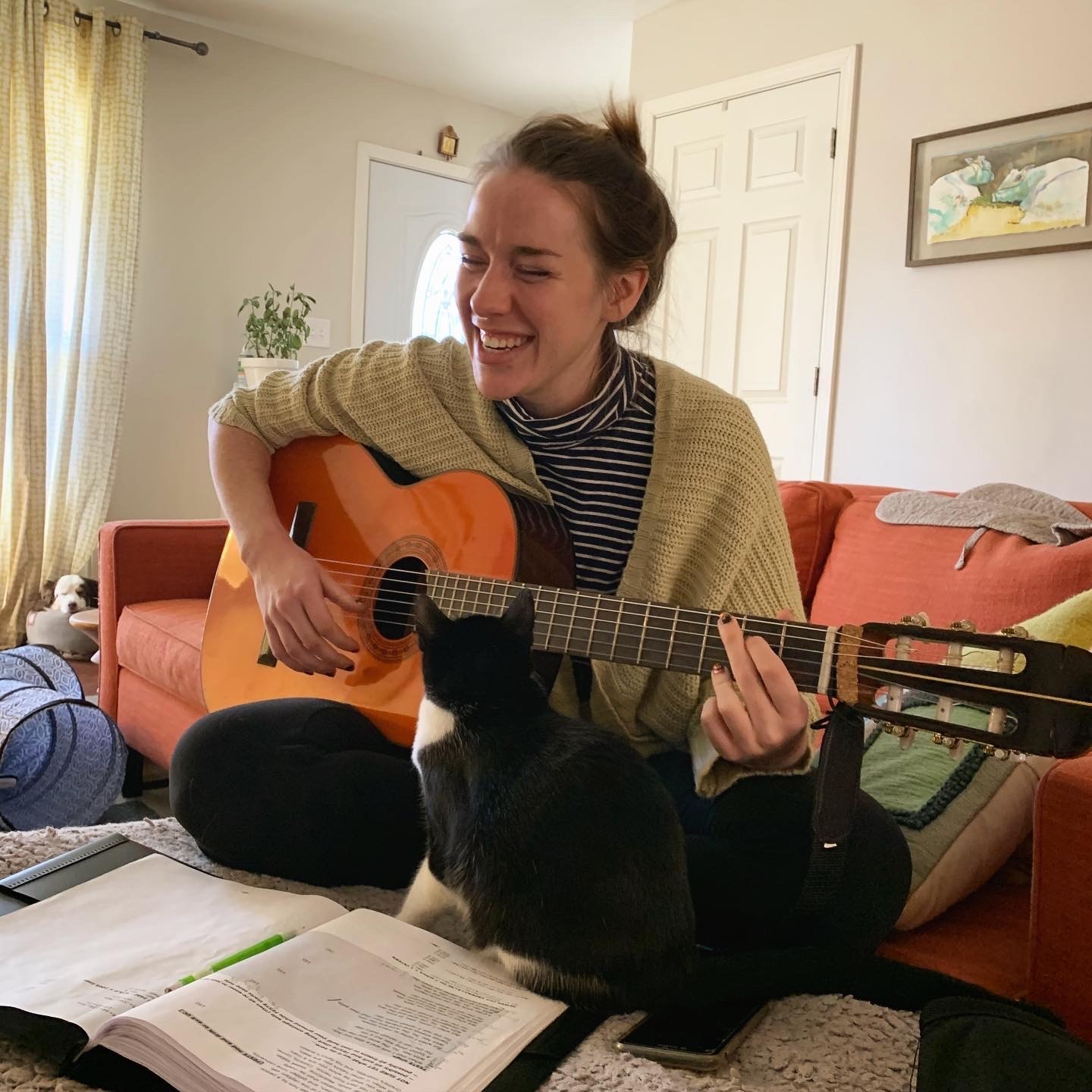 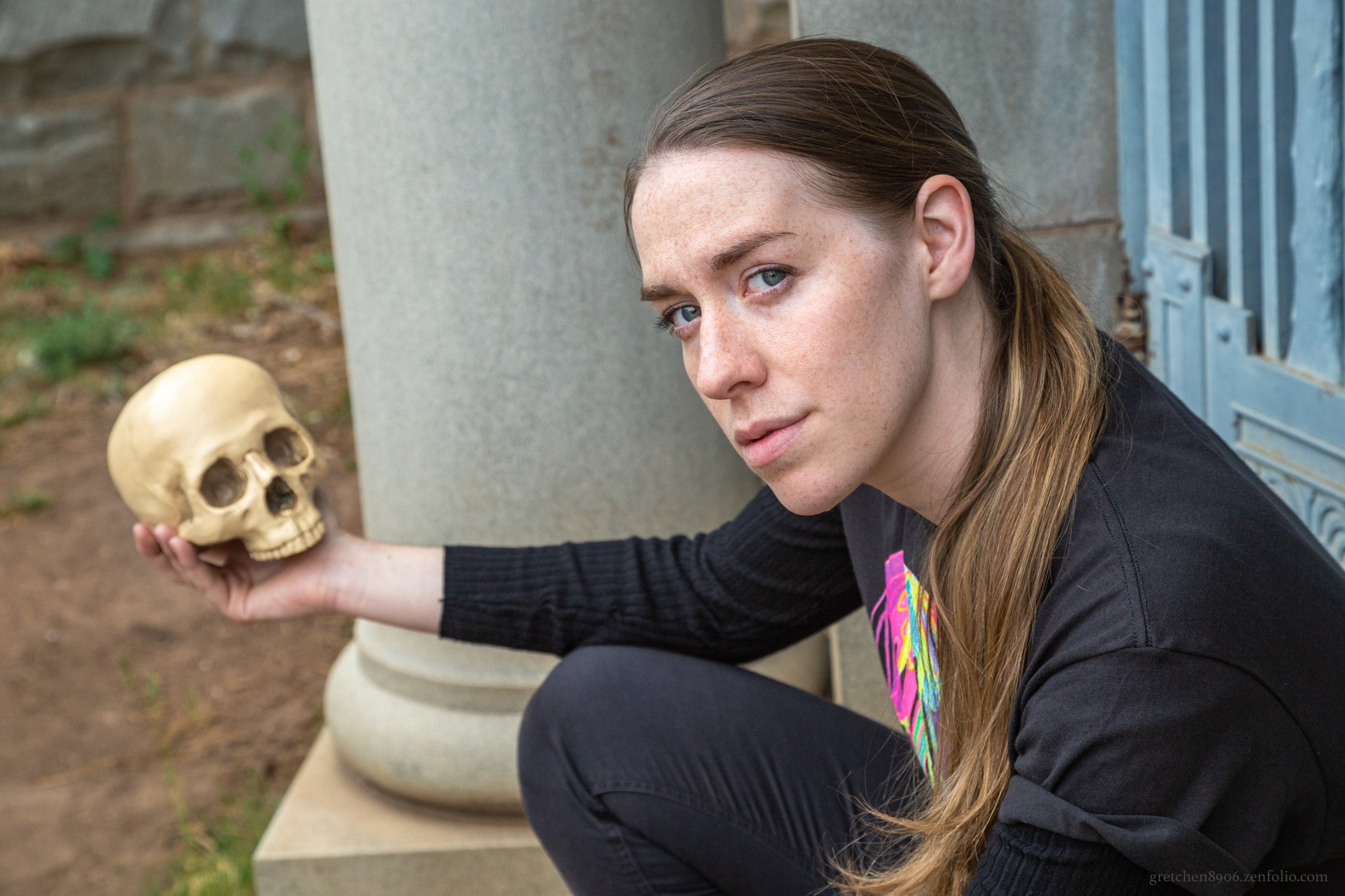 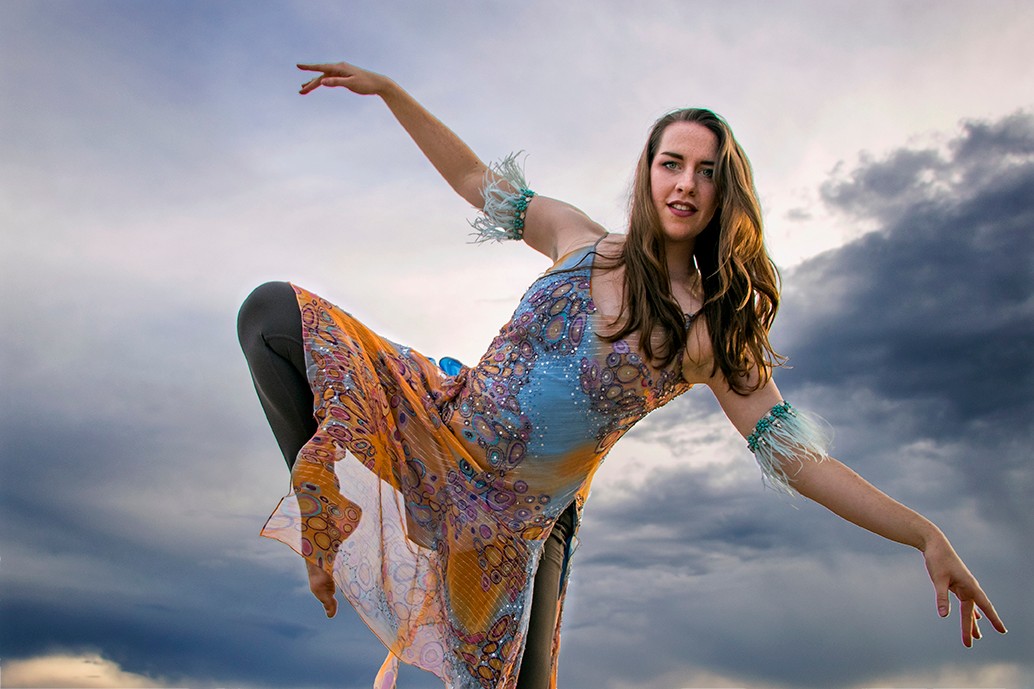